Quatrefoil House is a 1870's townhouse in Oxford that was refurbished and radical addition by Hyde + Hyde Architects. 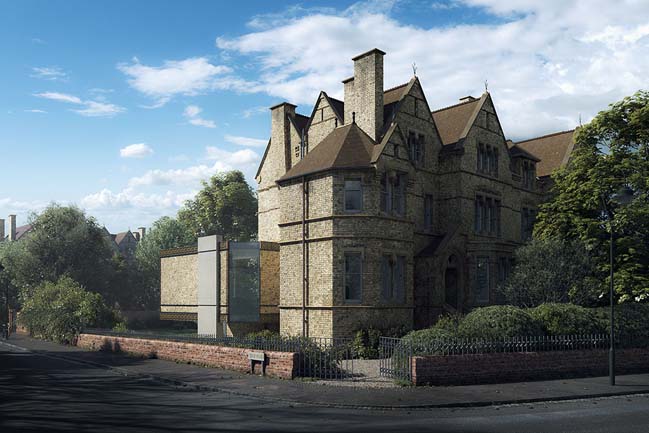 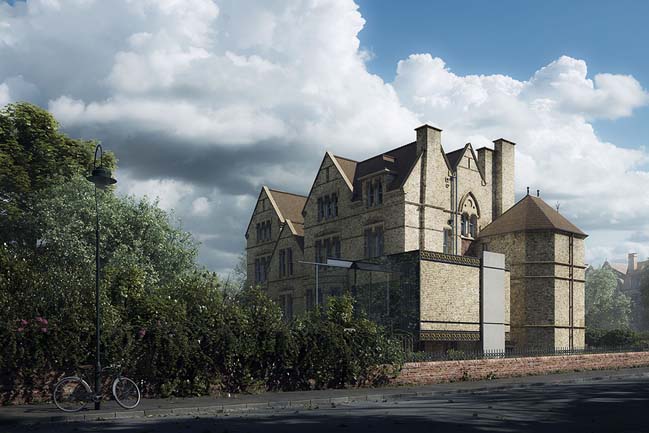 From the architects: Inspired by the Gothic revival style of the existing house, the addition is an exploration of ornament – expressed using a quatrefoil tectonic tile in steel and bronze. 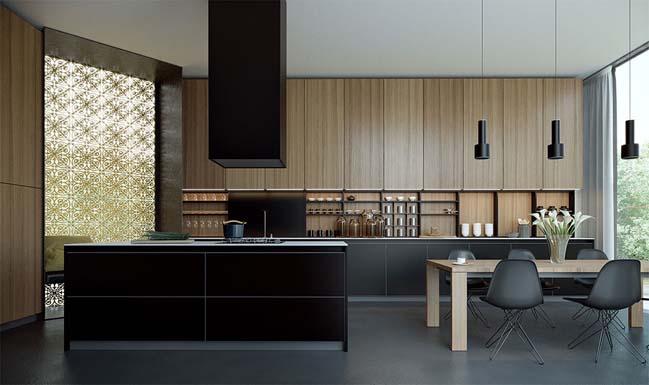 These tiles configure the facade with an intelligent play of motif. The new addition communicates built meaning through a series of regulating lines and proportional relationships that are drawn from the existing building facade. 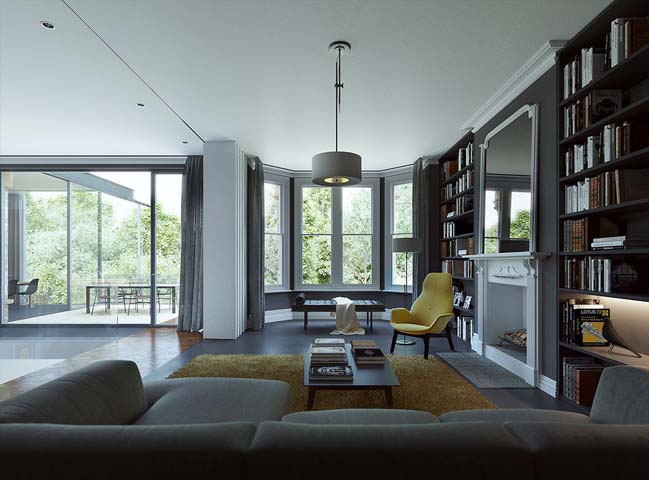 The new addition is supported on the dominant public elevation by a singular white concrete column; an inverted copy of its Gothic counterpart embedded within the existing house facade. 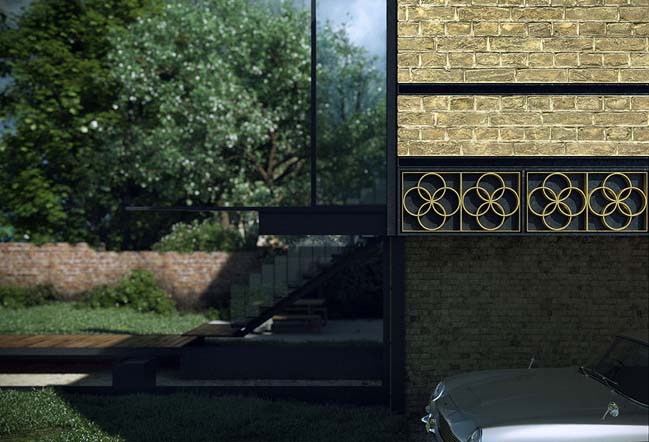 The new extension can be deconstructed into a series of elements or components whose existence is wholly dependent on the language of the main house and its historical narrative. 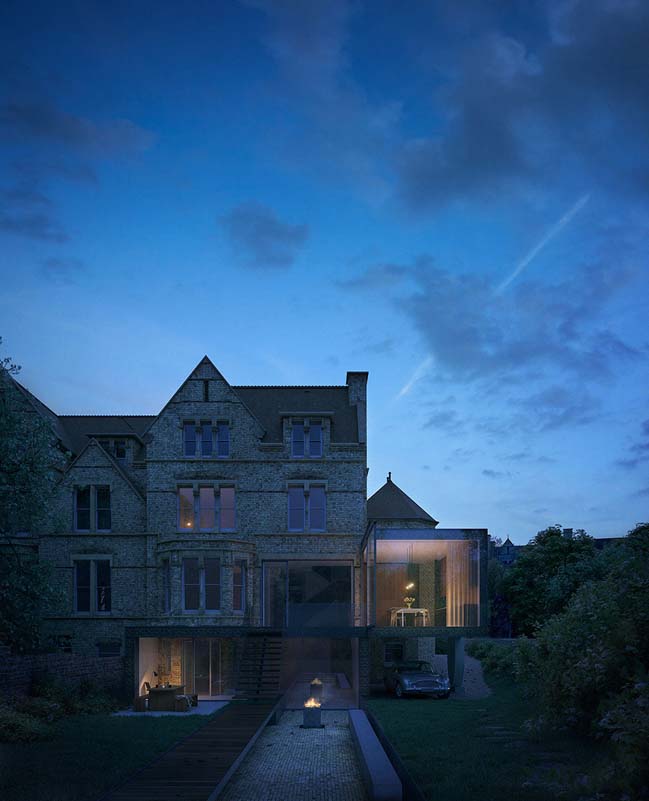