Located in Bairro Azul in Lisbon, inside a classified art-deco architectural whole. Although this was a deep intervention that consisted in the total refurbishment of two apartments into one duplex the respect for the original compartmentalization was kept as well as the existing decorative elements (crown moldings, friezes, mosaics, door frames, moldings). 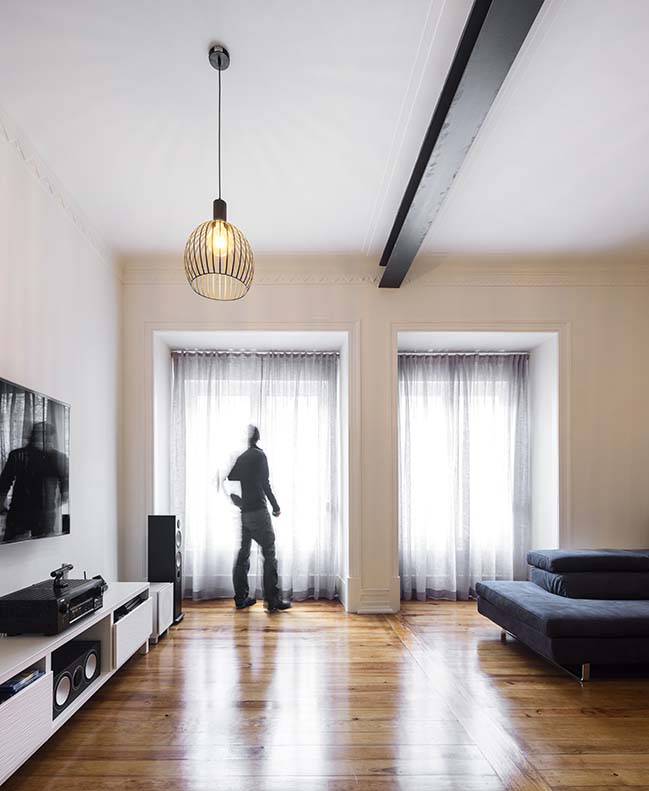 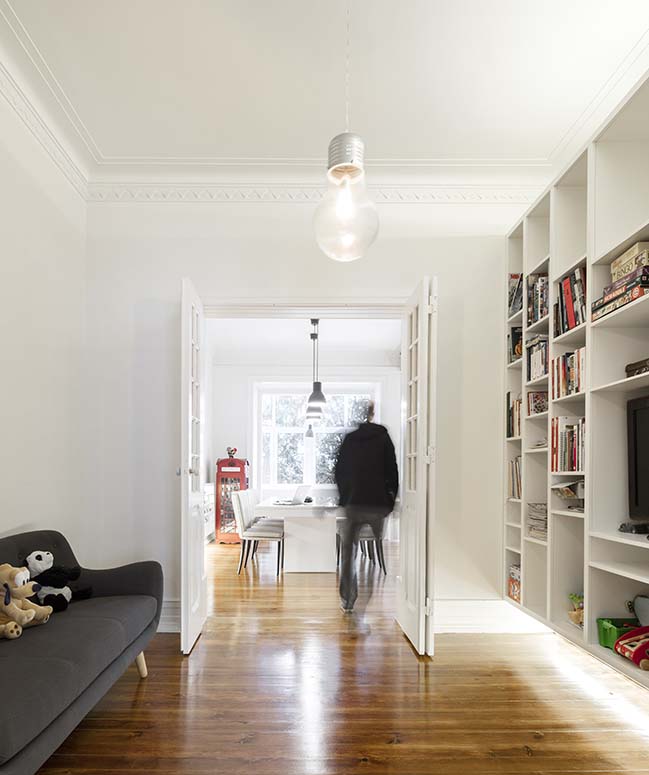 From the architect: On the lower level the social areas such as the kitchen, living and dining rooms and one office were placed. The core of our intervention consisted in the unification of the kitchen and the dining room into one single space with the demolition of the existing walls and by placing robust metal profiles. The presence of these profiles was assumed by painting them in black in order to create a contrast with the white ceilings, making them an outstanding element. 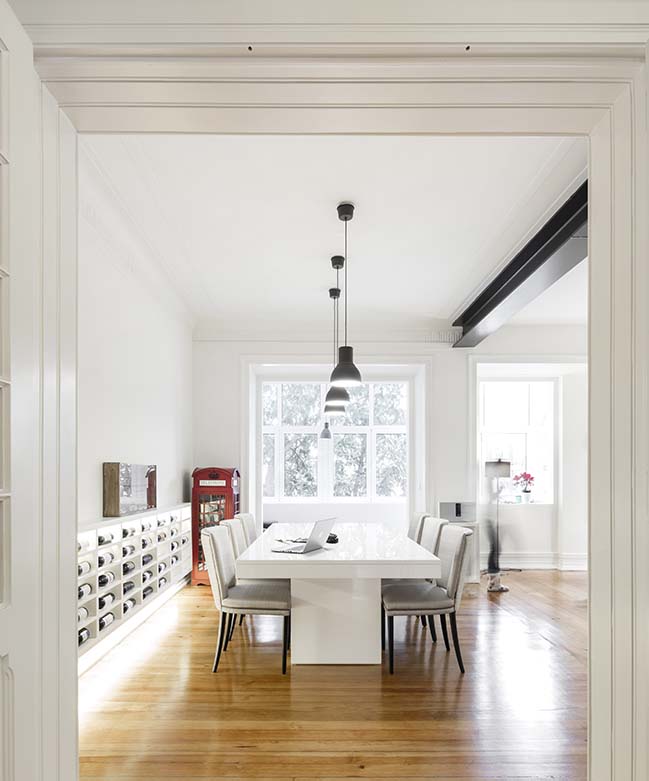 The staircase was placed perpendicular to the apartment, parallel to the kitchen in order to use the space of the former storage room. Open over the kitchen the staircase formed a volume containing the kitchen cabinets and the appliances. In the social area the kitchen island stands out as an element of strong presence which links the various ambiences. Already over the wall on the left, a back-lit wine rack was designed. 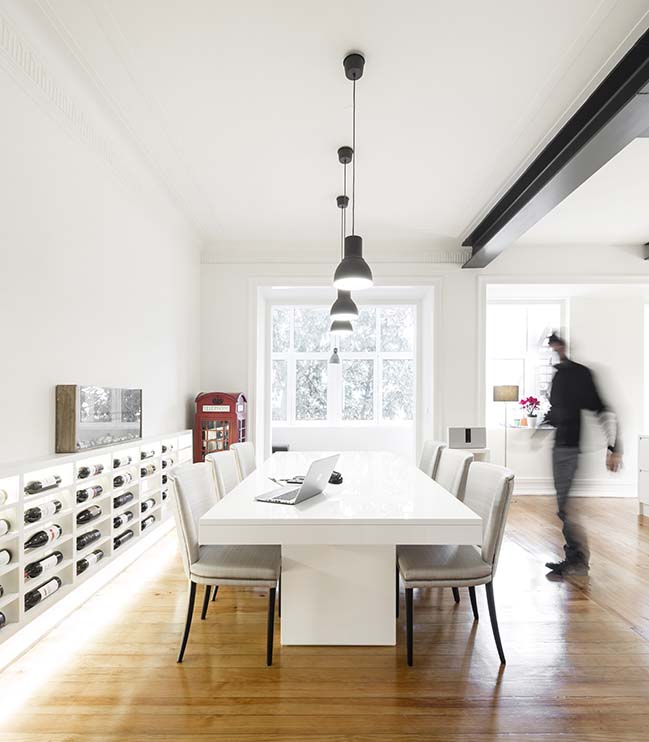 The bedrooms were placed on the 1st floor but, however, a backing laundry/pantry was kept where the former kitchen was. The main bedroom was transformed in a master suite with the bathroom being placed in the marquise.

In the patio a bbq as well as a cement bench and a flowerbed, illuminated from below, were designed all linked as a single piece. 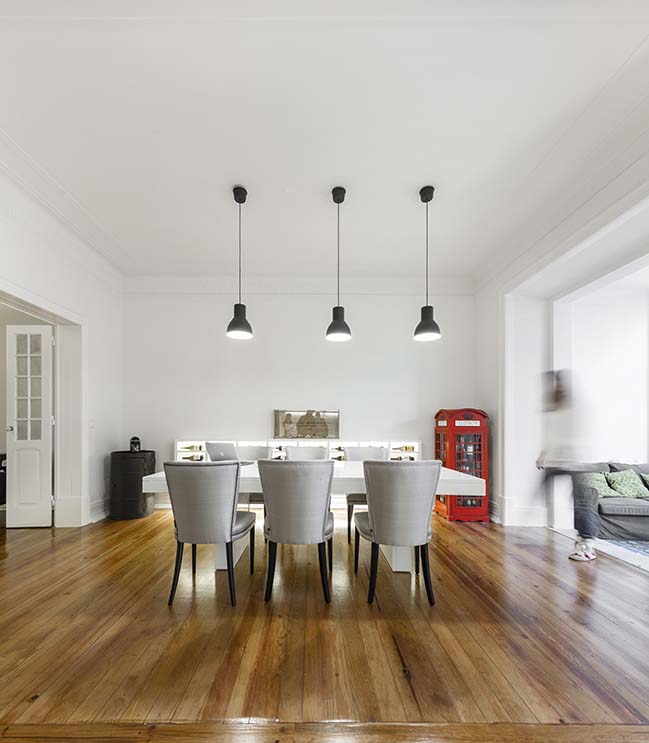 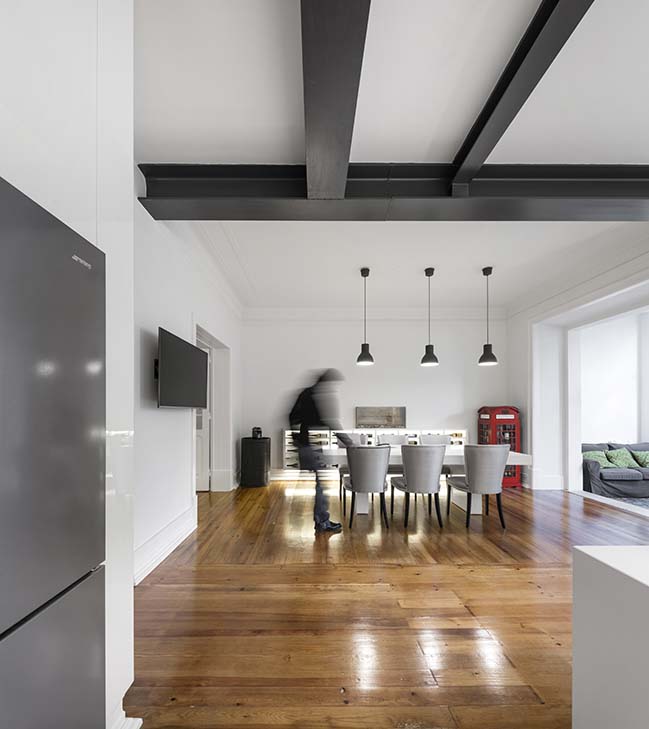 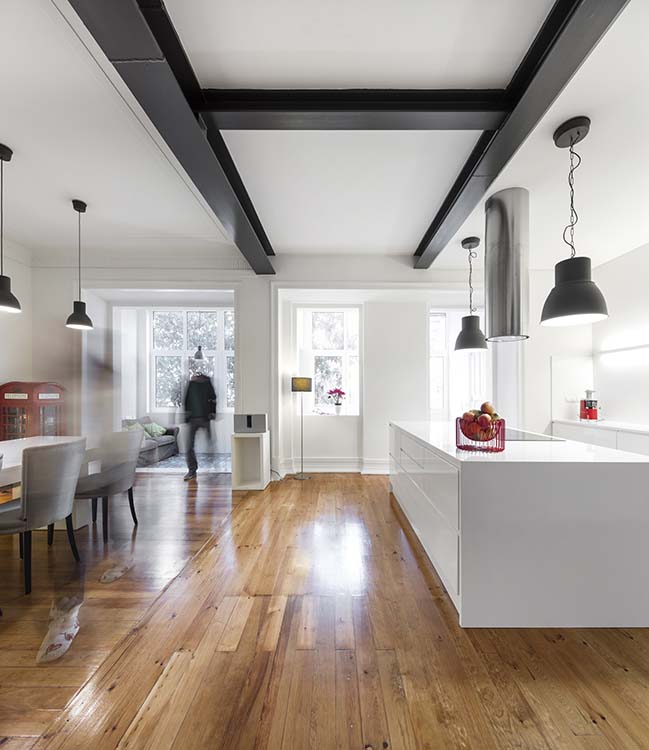 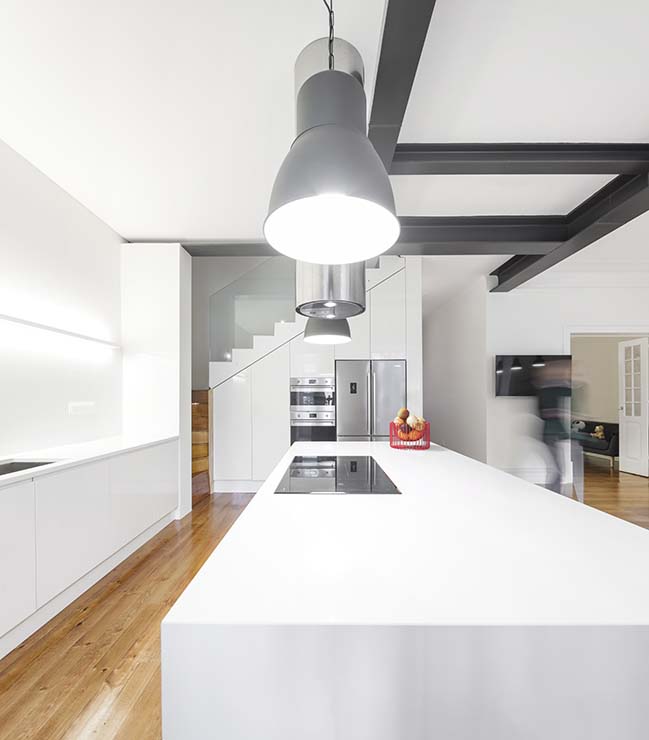 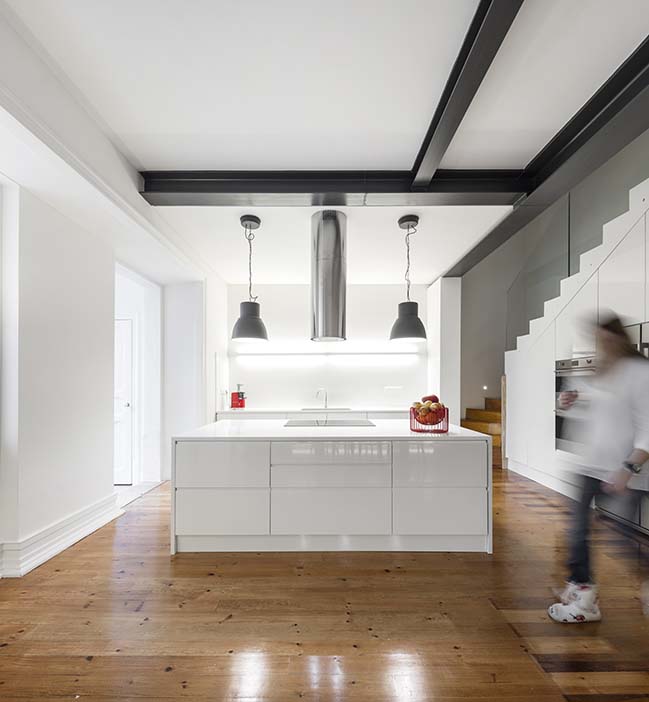 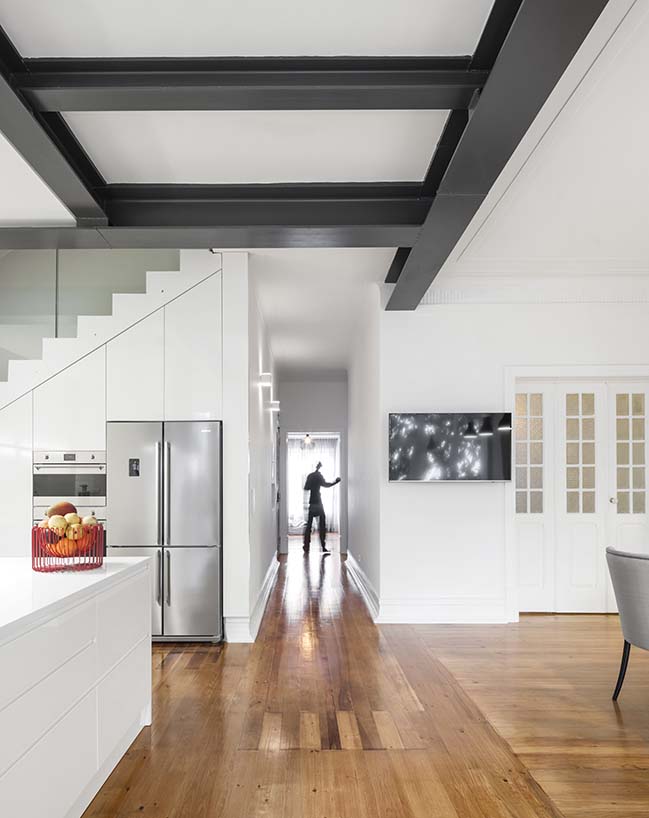 > You may also like: Duplex Tibbaut by Raul Sanchez Architects 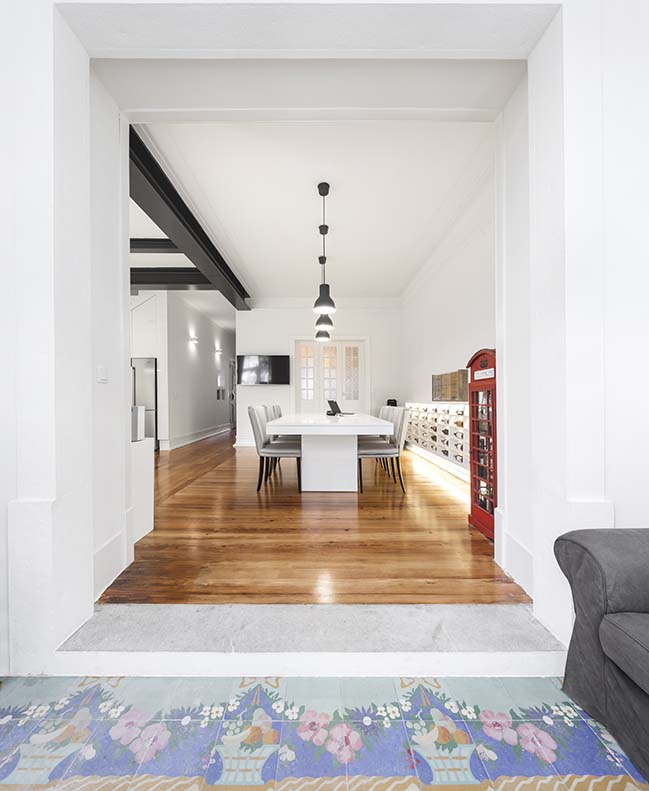 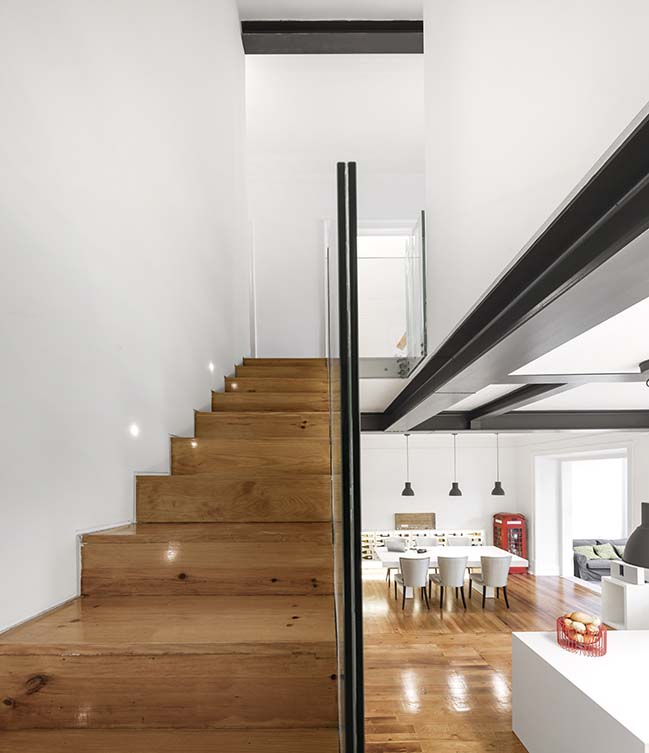 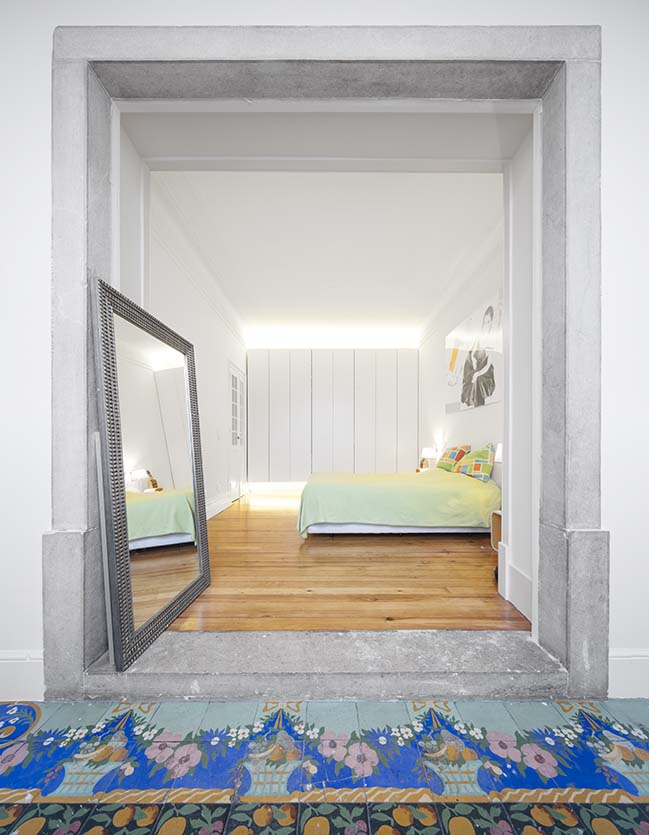 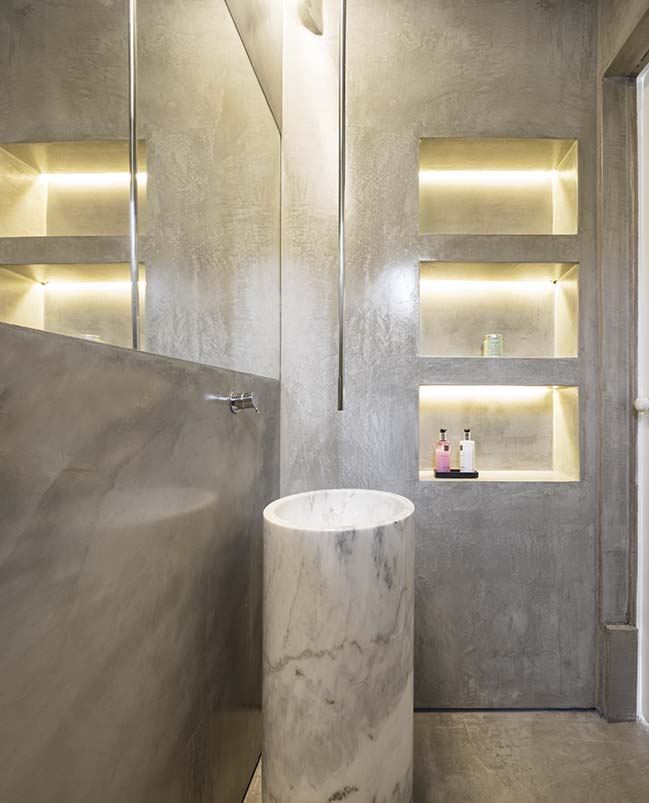 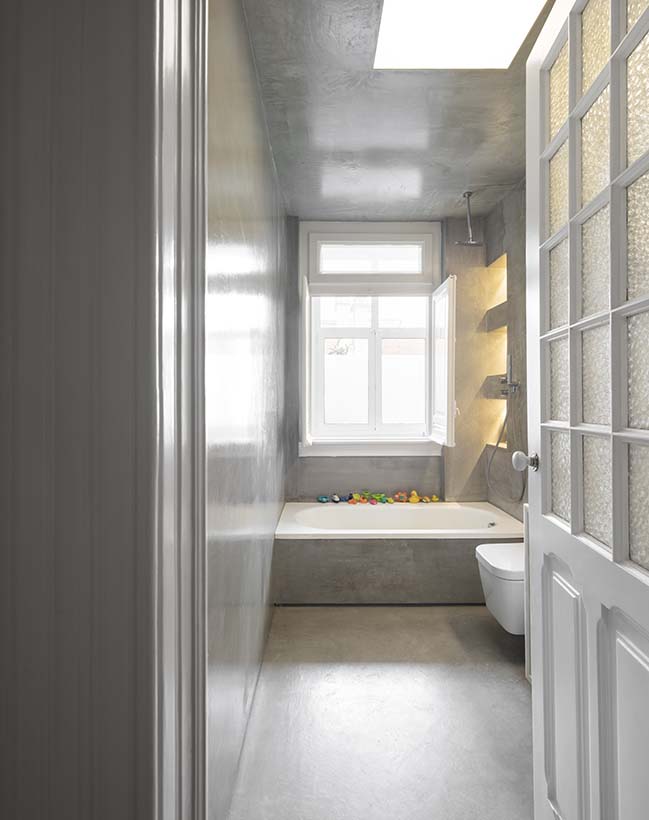 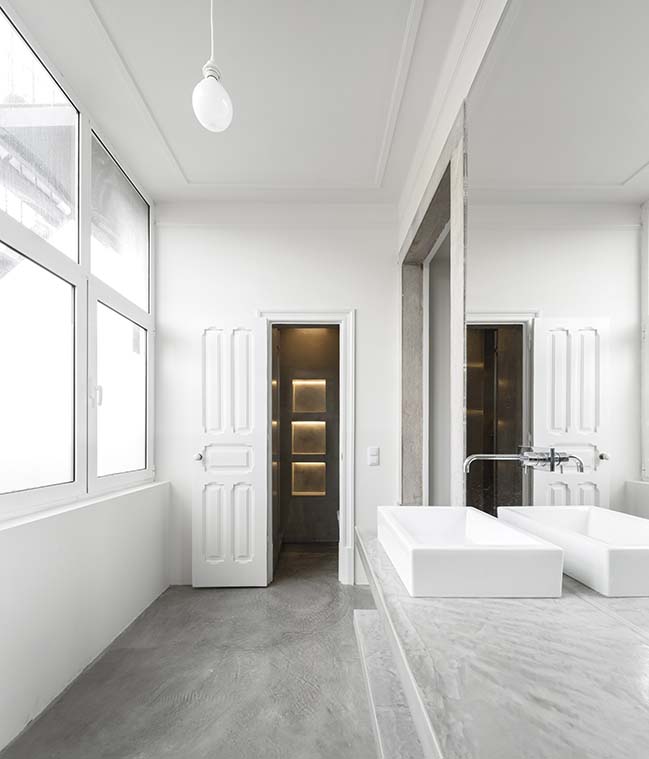 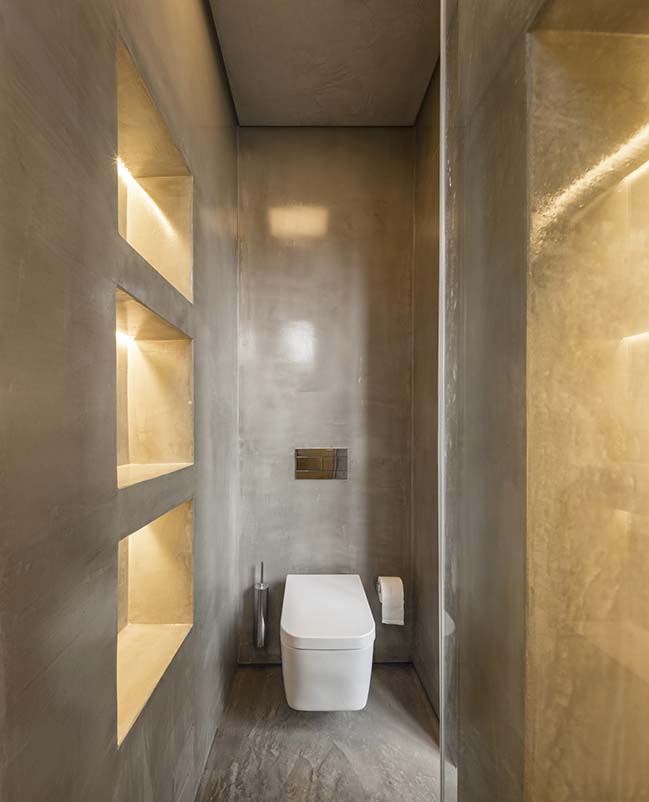 > You may also like: Modern duplex in Rome by NA3 Studio di Architettura 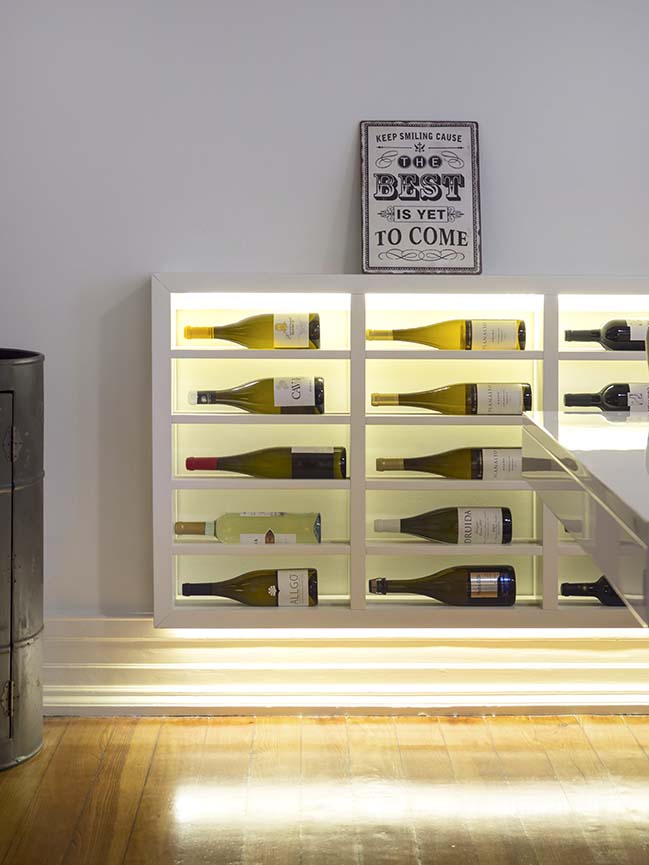 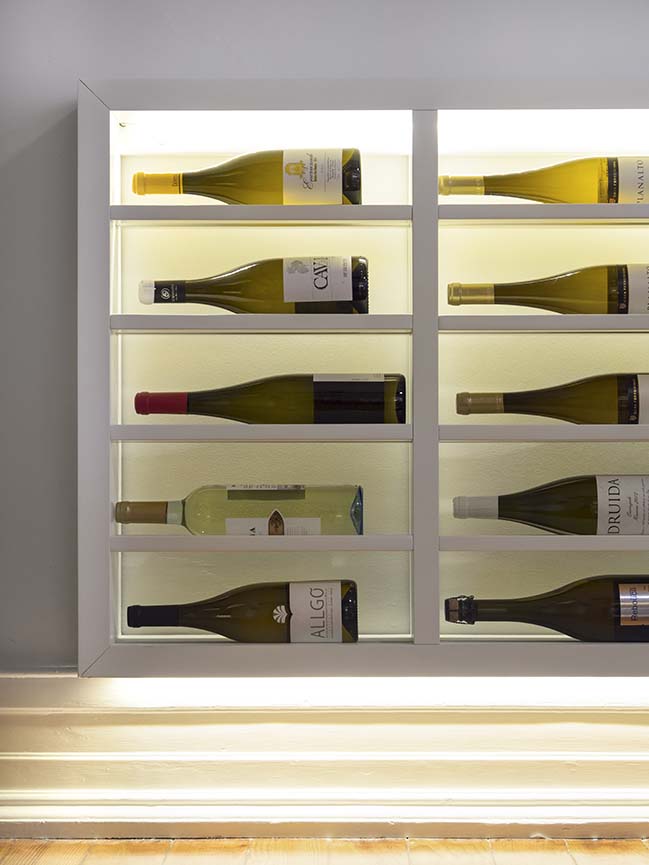 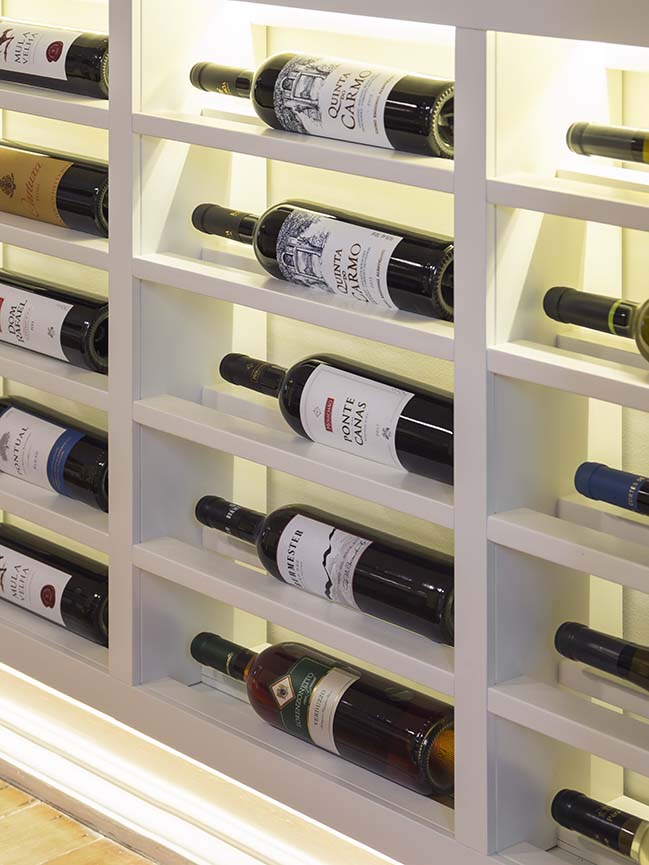 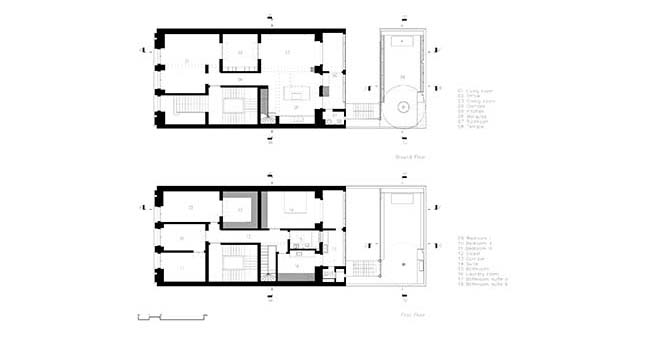 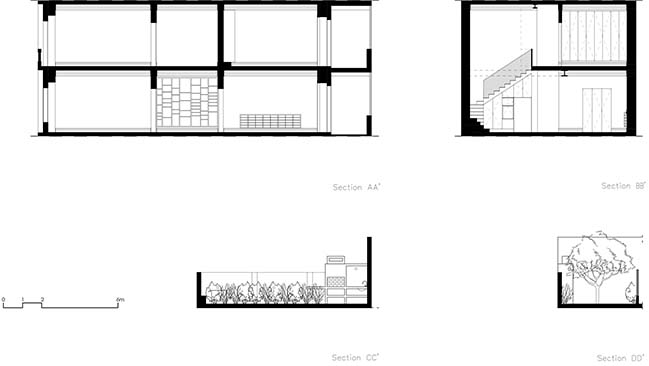 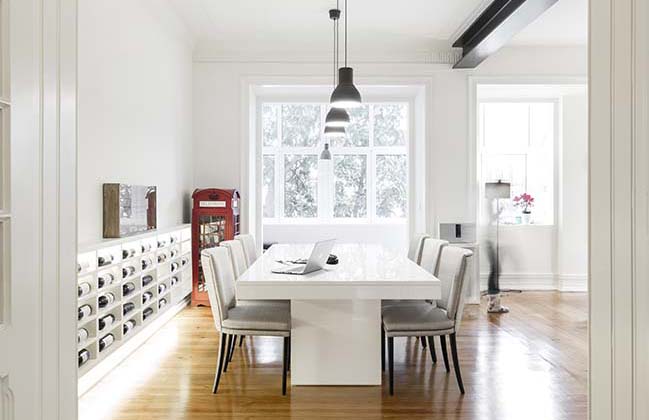