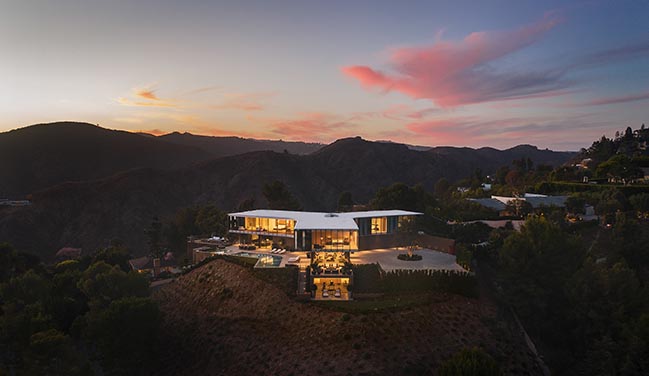 From the architect: SPF:architects (SPF:a) is pleased to announce the completion of Orum, a three-level, 18,800-square-foot home designed to subtly “float” above its hilltop environs. 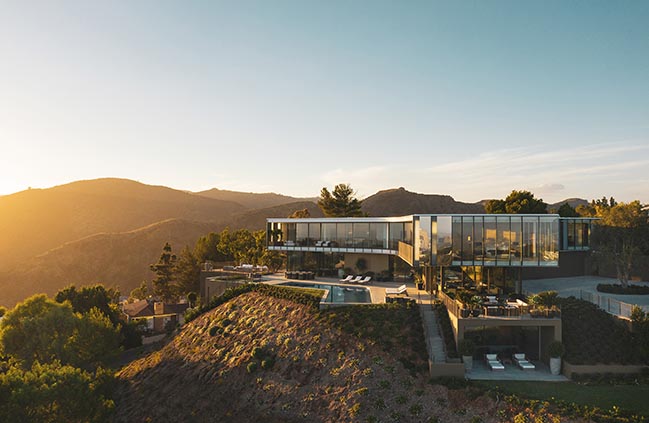 Given its prominent positioning above a relatively developed neighborhood, the motivation behind the design of the home was to create a residence that could meld into its surroundings while maximizing views. The three-story structure, which takes on the shape of a three-winged propeller, is wrapped in glass that mirrors its sweeping views of the Los Angeles Basin, which are unobstructed from the Getty Center to Long Beach, Century City, and Downtown. 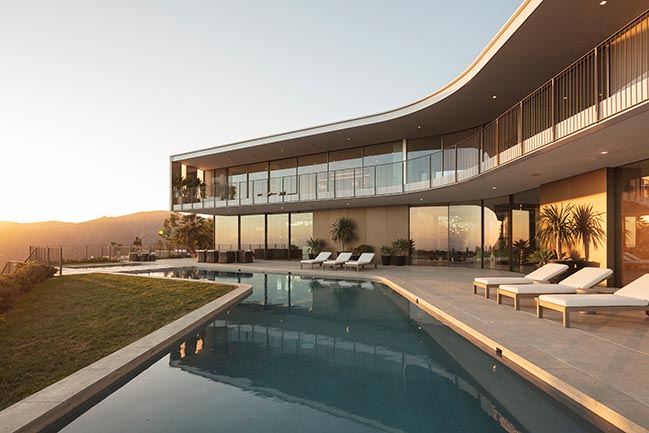 “The client wanted a luxurious house where she could throw large events and host her extended family, but she also wanted it to feel welcoming,” says SPF:a Founder and Design Principal, Zoltan E. Pali, FAIA. “To make this work, we needed the home’s spaces flow into one another with ease. Our answer was distribute the program across three ‘blades’ that radiate from a central node.” 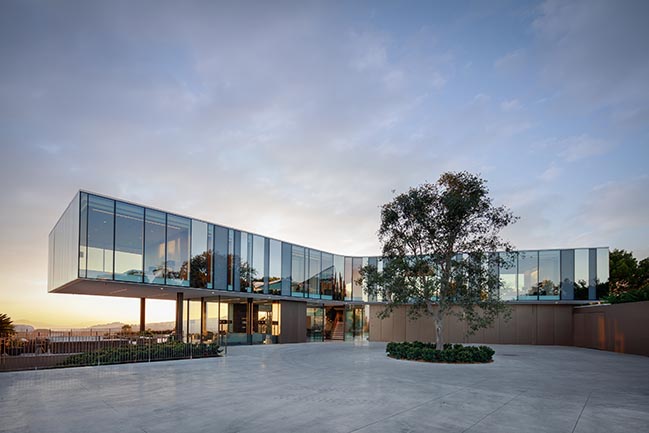 The outcome of the confluence—a dynamic glass and steel staircase stretching through the core of the structure—was in fact twofold: practically, it provided a very straightforward answer to the vast home’s circulation; visually, it joined what would otherwise be disparate areas in one’s line of sight.

“In spite of the scale, I feel we were able to achieve a home that is both warm and functional,” says Pali. 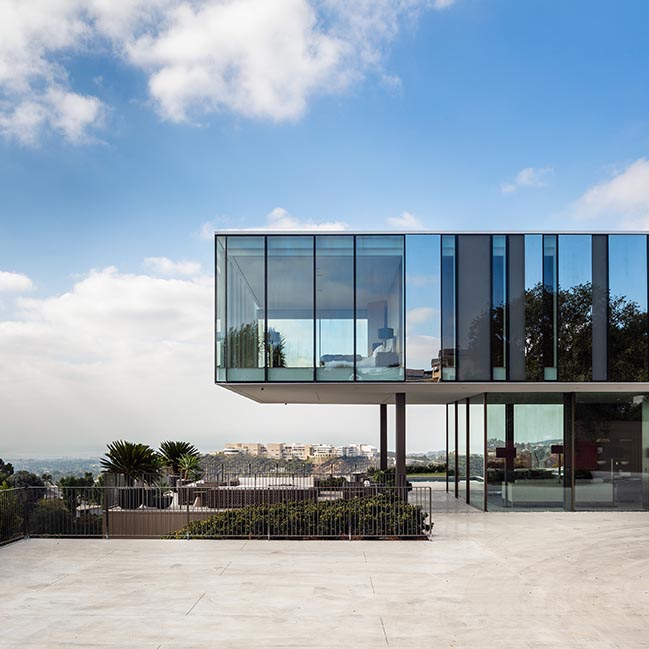 As a whole, Orum rises two stories above ground with its third floor burrowed into the hill. Programmatically, the residence has been split into three levels each consisting of three wings. The ground floor provides the entry and communal spaces for gathering, while the top floor is dedicated to the home’s private spaces. The upper southwest and southeast wings of the home hold the master and mini-master suites, both of which are afforded 270-degree views of the city and ocean, thanks to their slim profiles. In contrast, the two smaller bedrooms contained within the northern wing and embraced by the site’s adjacent hillside and rear garden, giving them an intimate feel akin to a tree house. 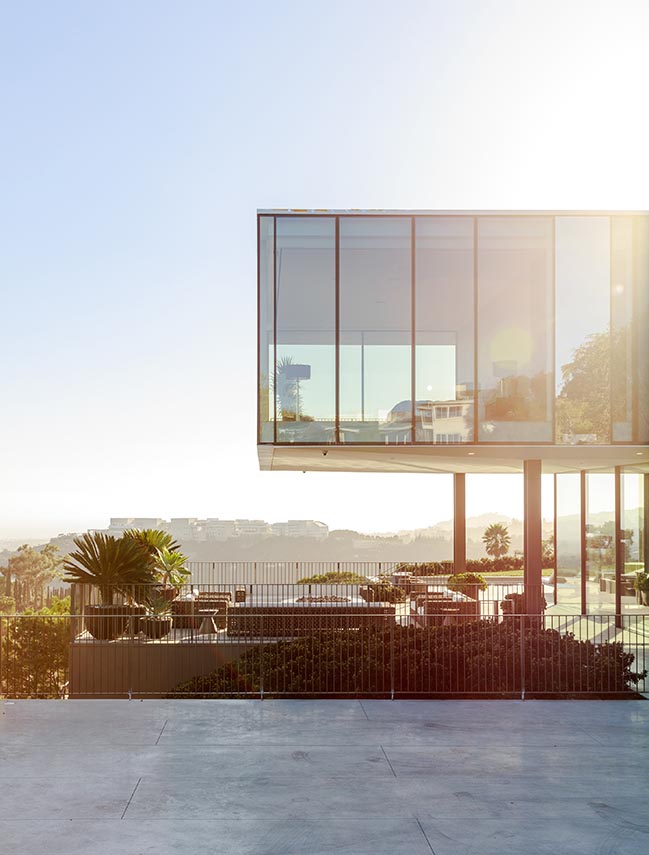 "The light in Los Angeles is very dynamic and can be both calming and energizing,” says SPF:a Founder and Creative Director, Judit M. Fekete, “As the site is positioned quite high above the city with almost no impediments, we wanted the house to capture the spirit of these dualities. The huge panels of glass provide the home’s inhabitants with a strong connection to nature and the daily and seasonal arcs of light..” 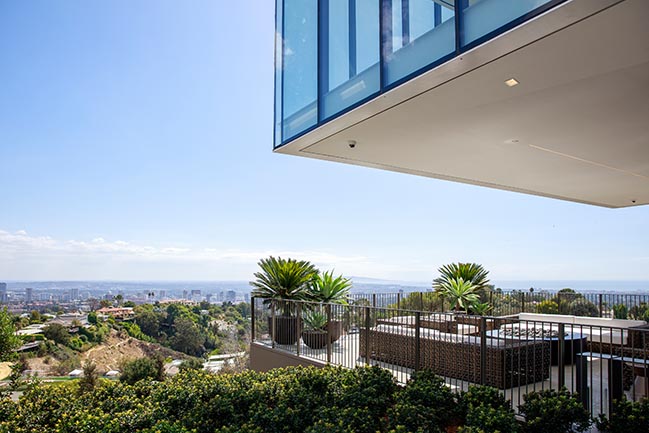 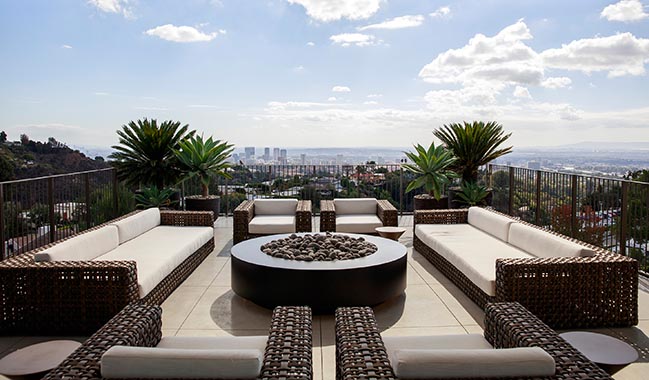 The outdoor area includes a kitchen, two fire pits, and an LED-lit pool. All roof, balcony, and hardscape water is directed to a 7,000-gallon underground tank for landscape irrigation. The main garage also serves as an event space and can be completely opened on two sides for through views. 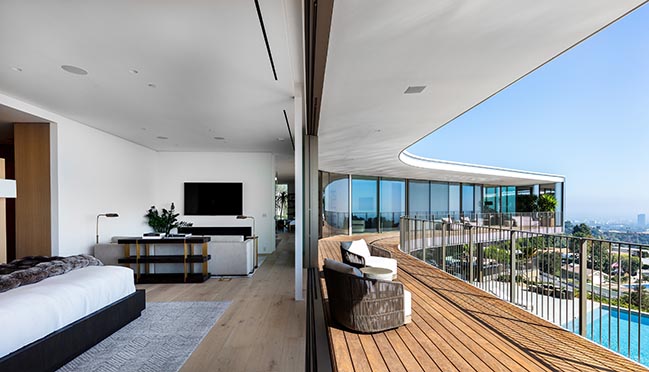 The basement level has been outfitted with a home theater, gym, spa, cedar sauna, service kitchen, and a wine room big enough to hold a thousand bottles. Also accessible from this floor is the Cube, an attached guesthouse designed for family and staff. The Cube is outfitted with four bedrooms, four baths, a kitchenette, and dedicated access and garage. 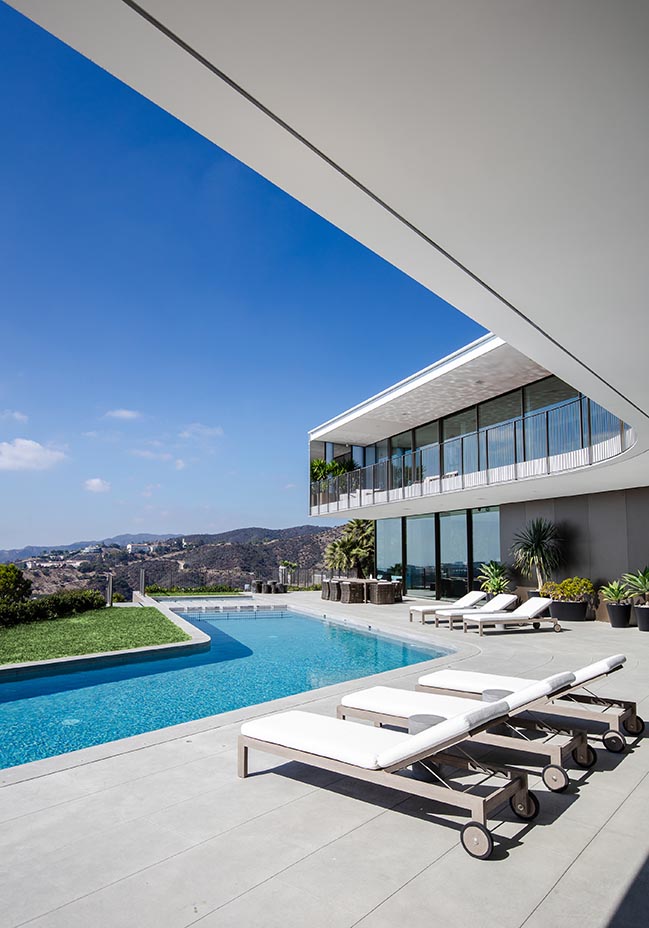 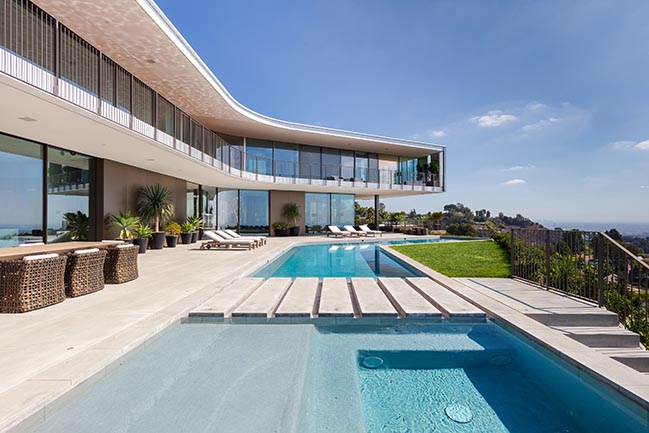 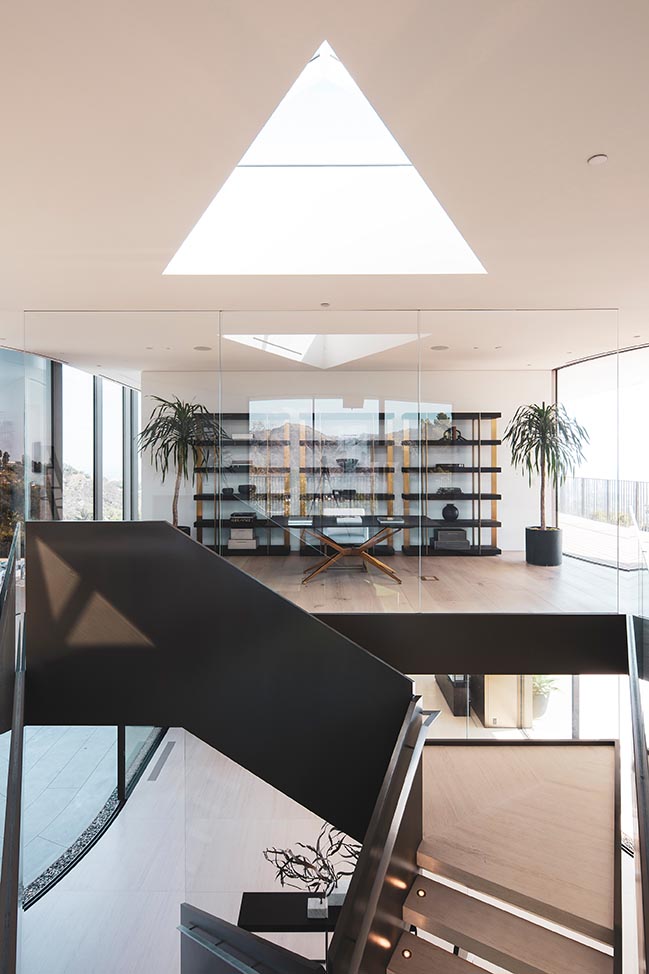 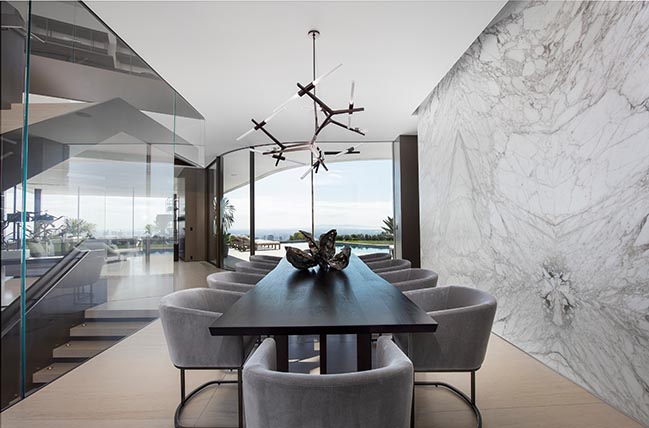 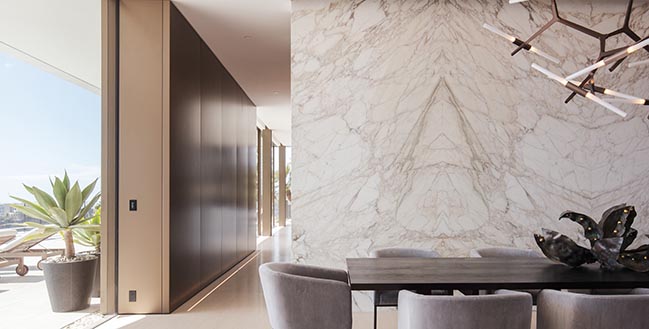 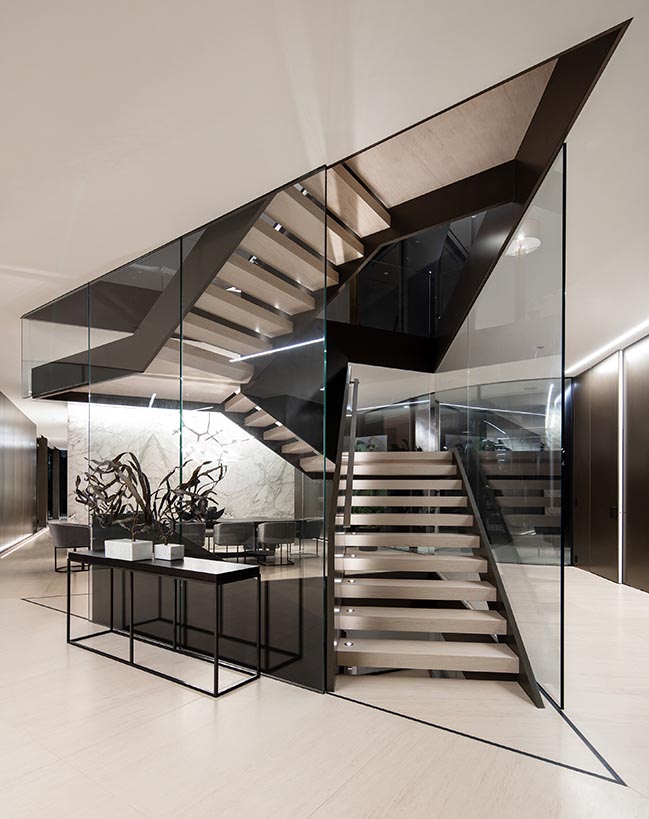 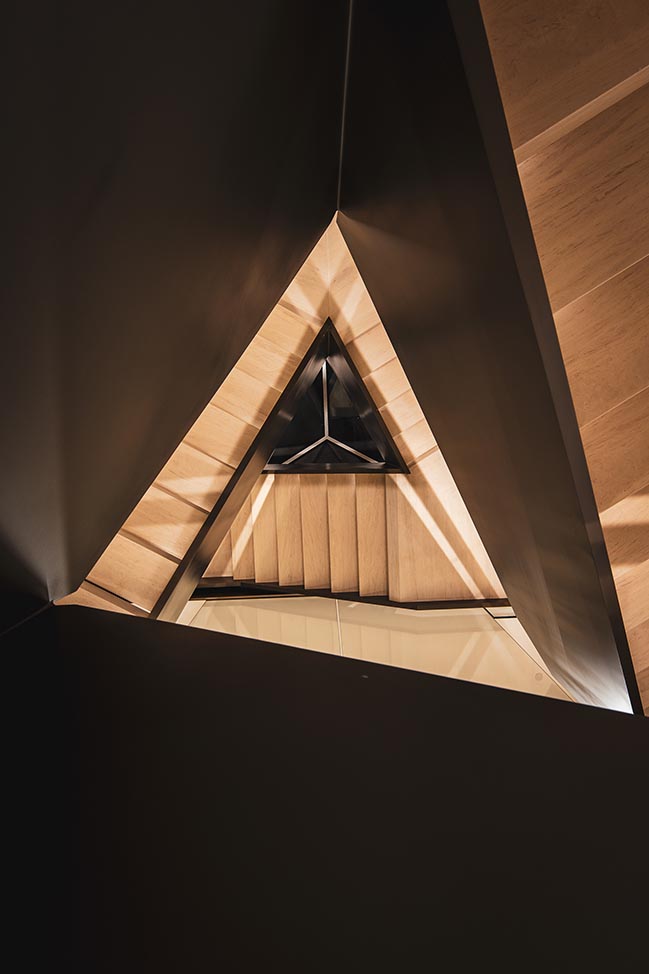 > YOU MAY ALSO LIKE: Edwin Residence in Los Angeles by Heusch Inc 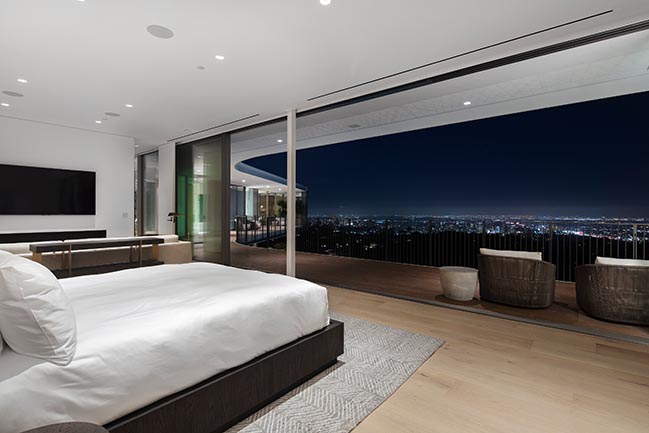 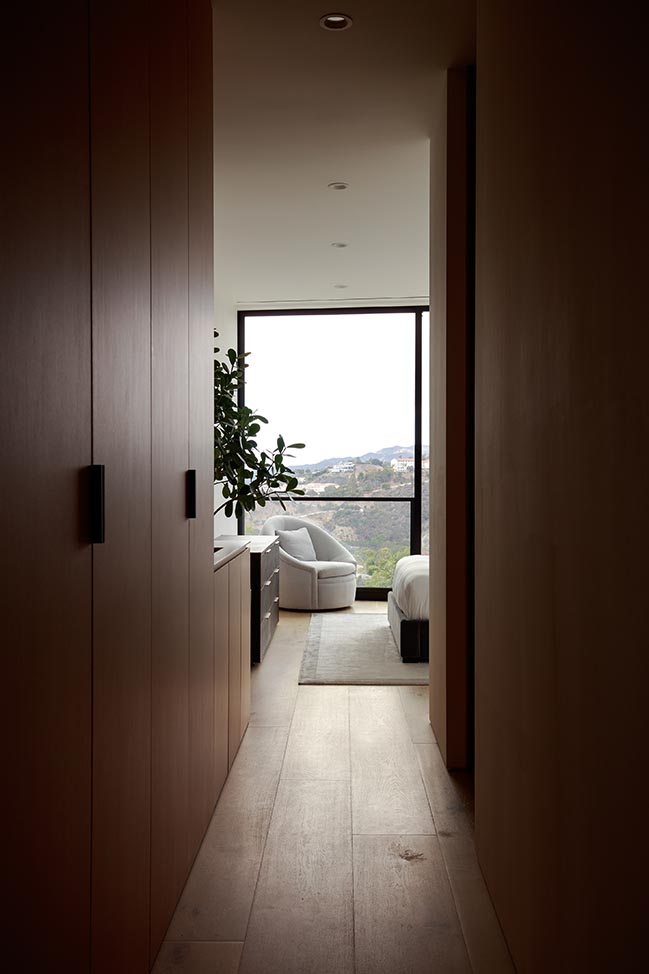 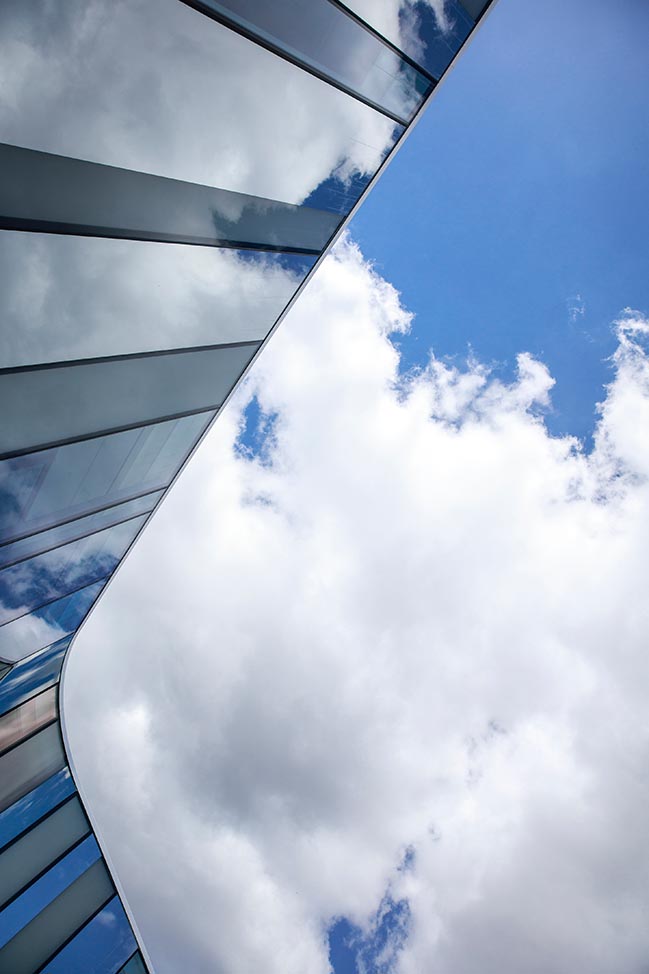 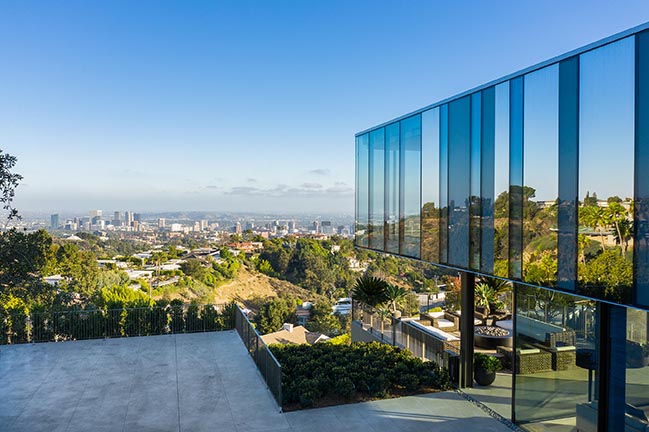 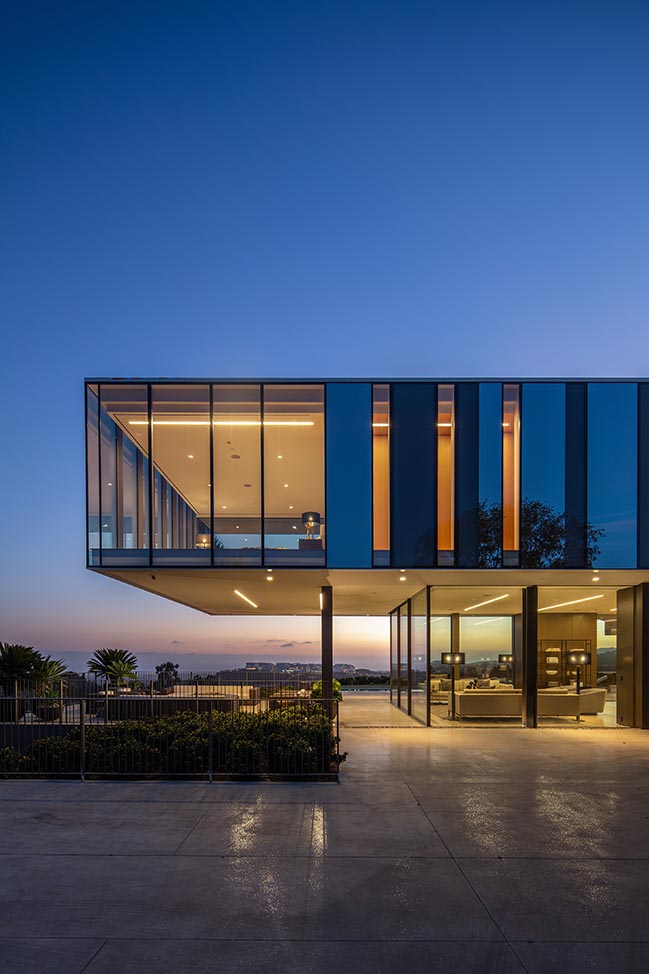 > YOU MAY ALSO LIKE: Three Step House in Los Angeles by CHA:COL 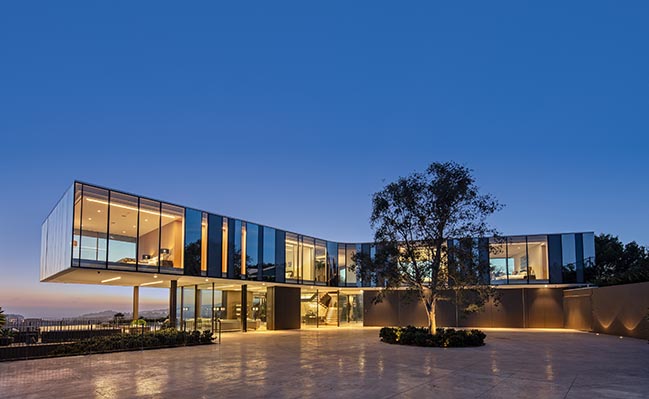 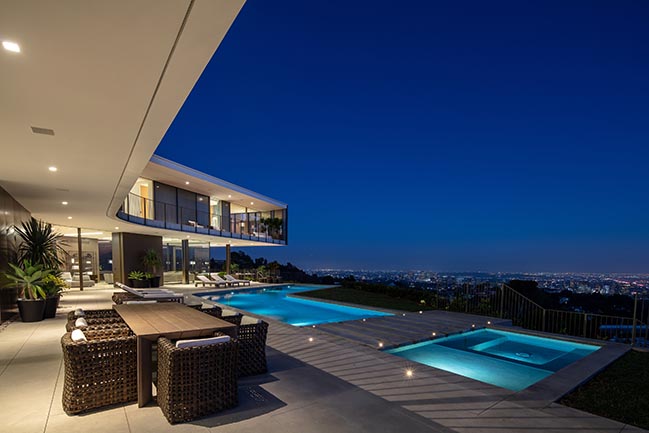 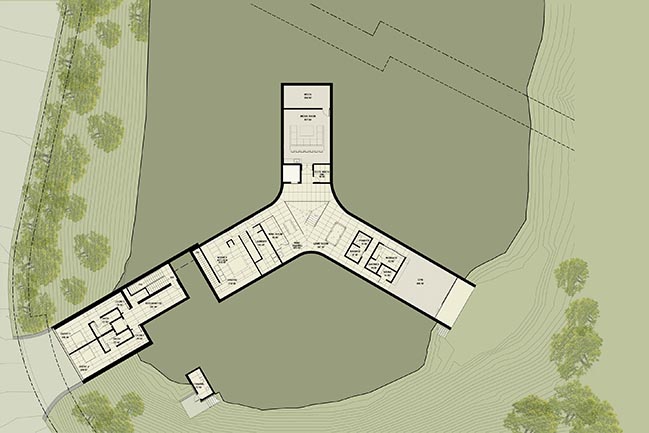 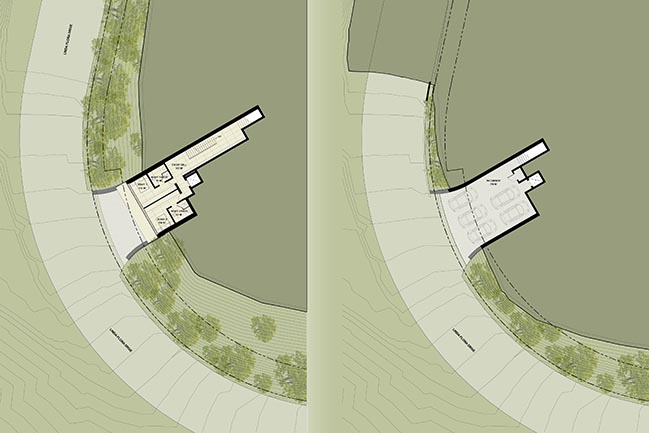 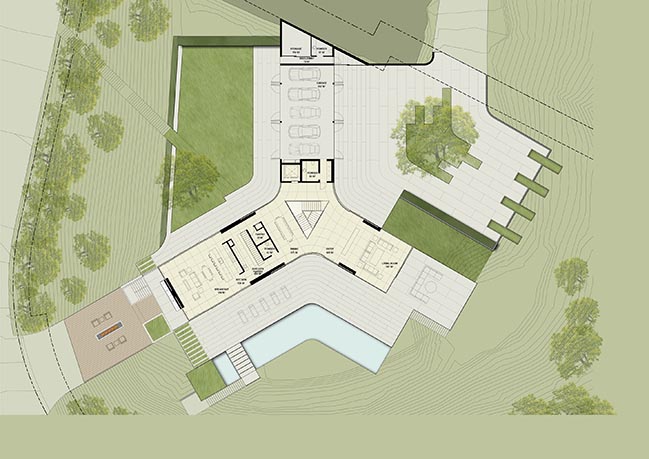 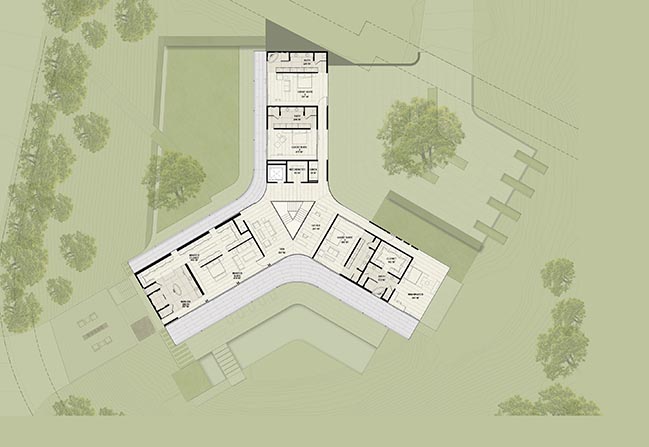 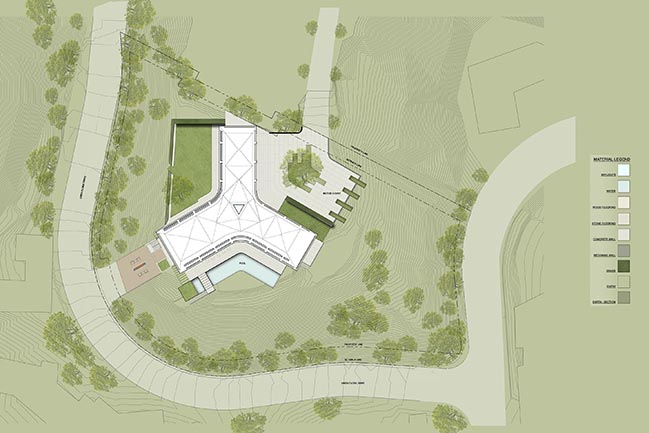