The Theatre: From a warehouse to a home by Cadaval & Solà-Morales

An old village theatre built in the late nineteenth century and converted over time ﬁrst in a barn and then in a toilet paper warehouse is now transformed to operate as a live/work space. 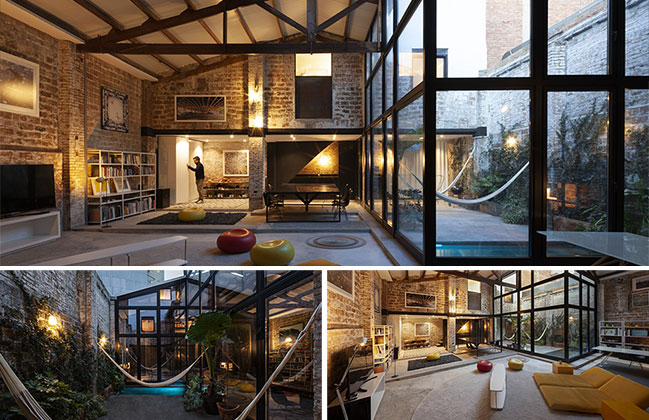 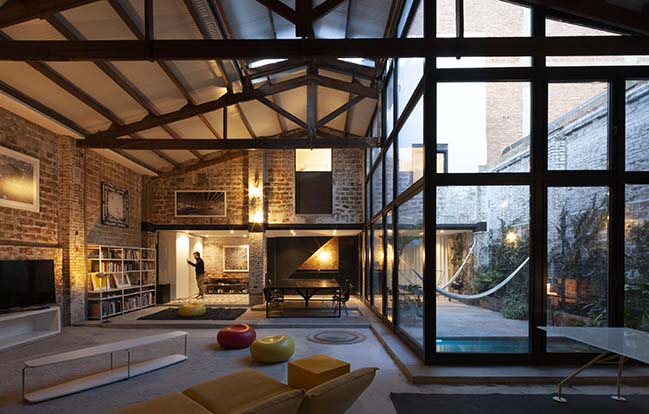 From the architect: “The Theatre” (name that has maintained the building despite the change in its uses) is located in the geographical heart of Barcelona at the buoyant tech district 22 @ in the Poblenou  neighbourhood. A few meters away from Diagonal Avenue and the new Central Park of the Glorias. 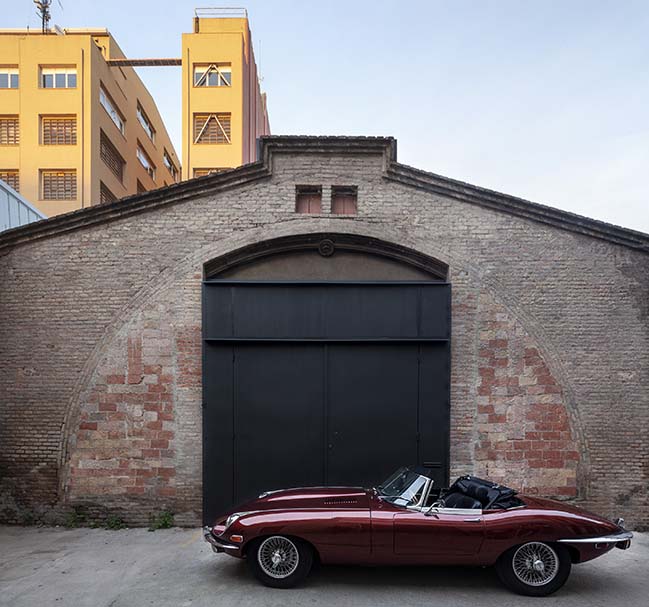 The project aims to recover and capitalize the spatial and constructive values of the old theatre. Expose its tectonic essences and exploit the amplitude that gives the great height of its large diaphanous central space. The access area is divided through a small hall in 3 independent areas: 2 studios -one in each of the sides- and in the middle the access to the house. 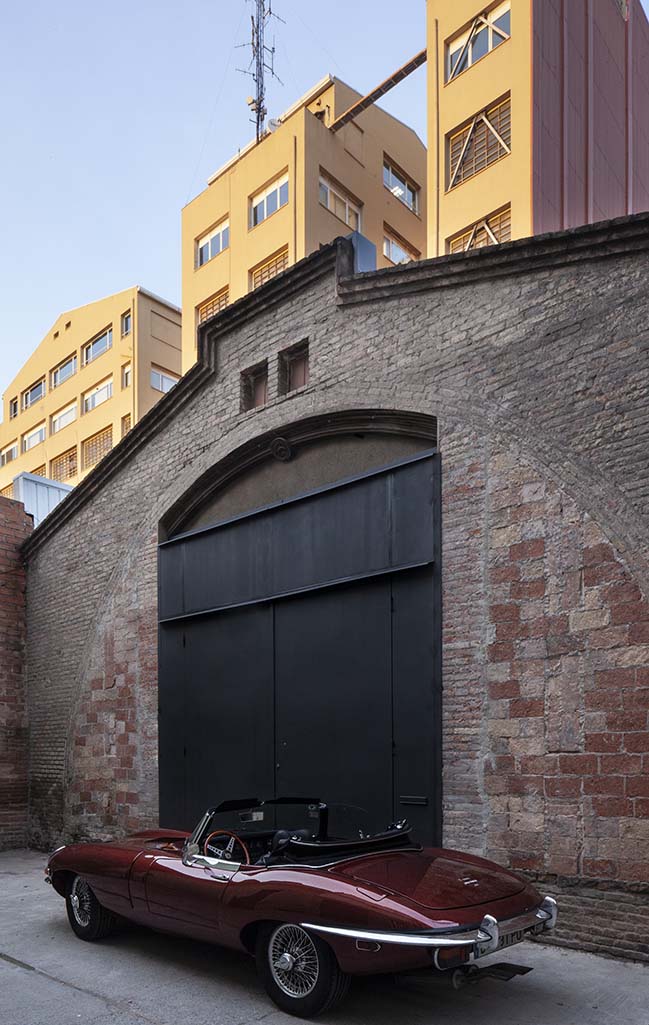 The studios are illuminated by two large windows that establish a direct relationship with the street and recover the original facade of the theatre. The studios have a double height space in the front part and in the back part  a mezzanine on the upper ﬂoor and an area for a kitchen and a bathroom on the ground ﬂoor. 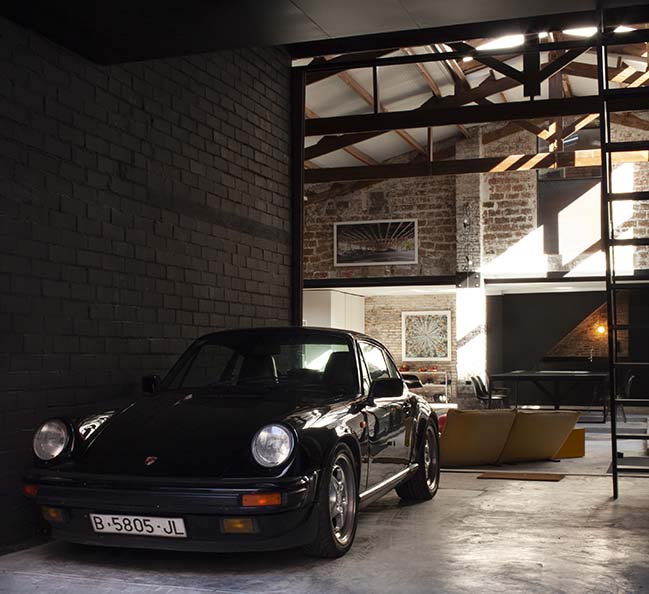 The access to the house is through a space reserved for a classic car that is understood as a sculpture. A piece of art in direct relationship with the central space of the house. The original sliding doors of the facade invaded the windows of the studios so they are replaced by metal swing doors. The large original wooden doors are then relocated as the mediator between the access/parking area and the central space of the house. 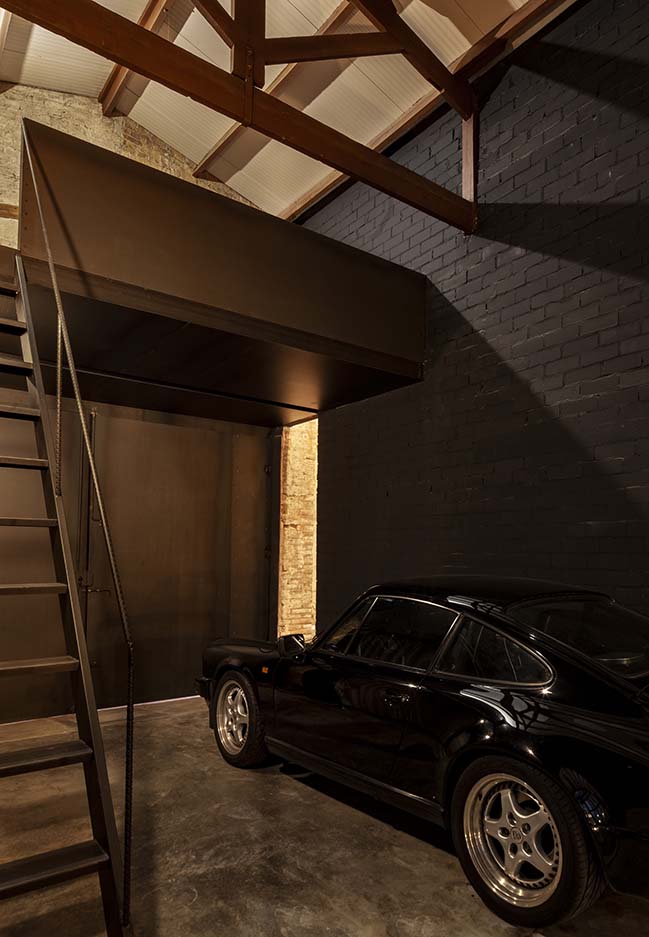 The great central space is the heart of the house. A high and diaphanous space. Programmed for a loft-like use: Living room, dining room, kitchen and study share a continuous space that despite its scale becomes cozy thanks to the accumulation of uses, objects and the textures of its exposed materials: Wood,  metal, brick and stone. 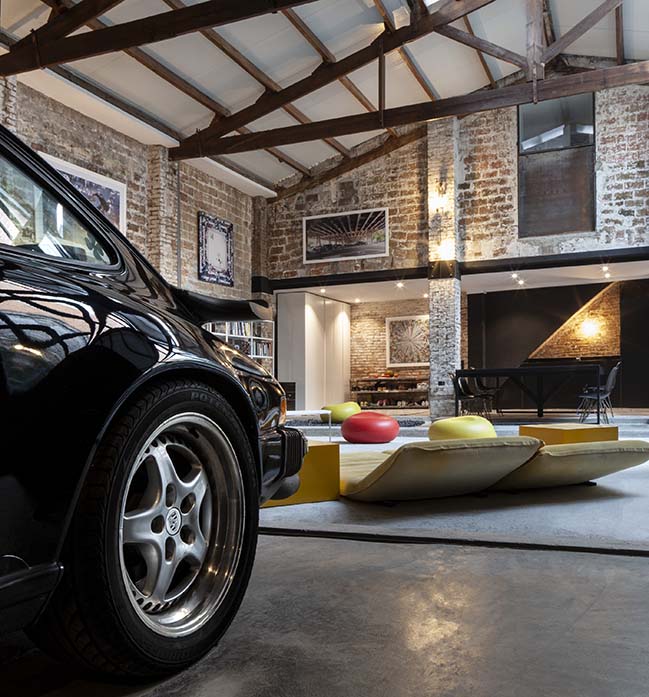 The main space gets light and ventilation through a patio built by simply removing part of the roof of the original warehouse. The patio operates as an extension of the main space. An outdoors part of it. A place for barbecues or to have breakfast on a sunny morning surrounded by the vegetation that invades the walls and overﬂows over the small swimming pool where to cool oﬀ when return from exercise or work. 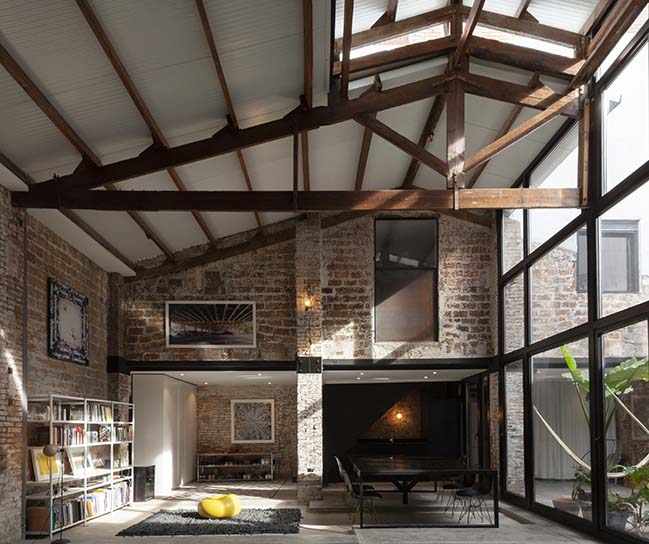 The rooms are located at the back of the warehouse, in the old scene tower. 2 rooms on the ﬁrst ﬂoor and a third with a terrace on the top ﬂoor also look towards the patio and above the roof. 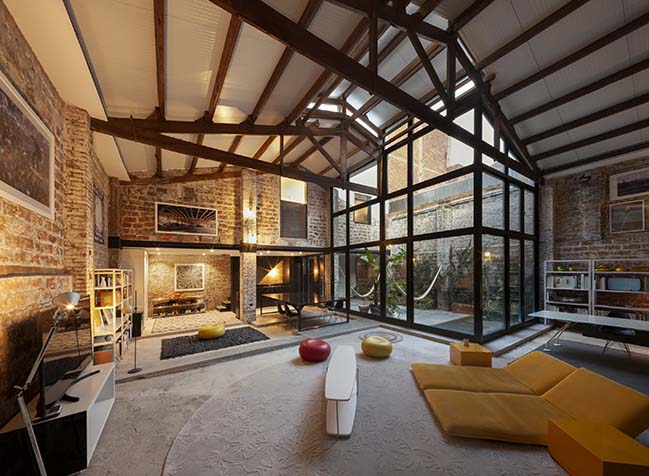 The project  tries to respect to the maximum the original condition of the existing warehouse. Its structure is not modiﬁed, only reinforced. Its walls are not demolished just restored and the few new architectural elements that are  added do so without signiﬁcantly aﬀecting the original building. The idea is to built without aﬀecting the existing. Understanding that over time the theatre will surely have another use and another life. 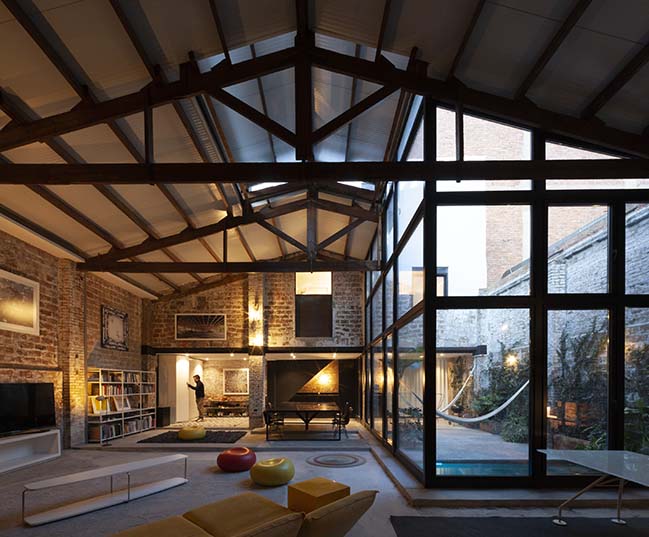 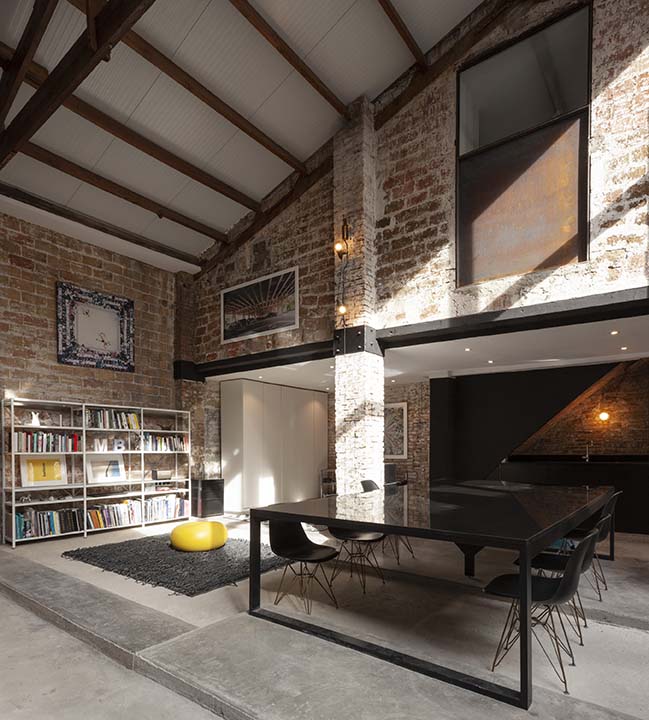 YOU MAY ALSO LIKE: PM House by Cadaval & Solà-Morales 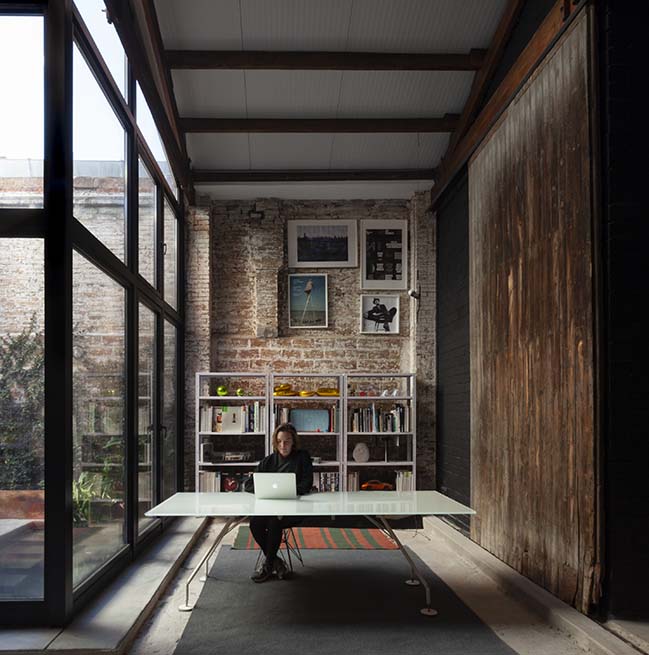 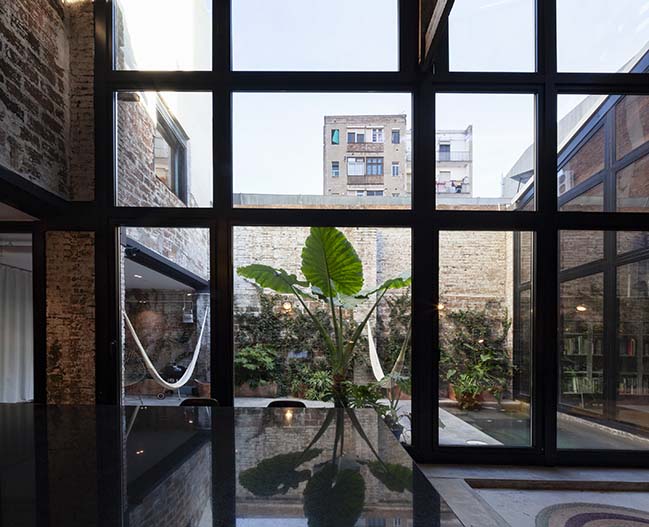 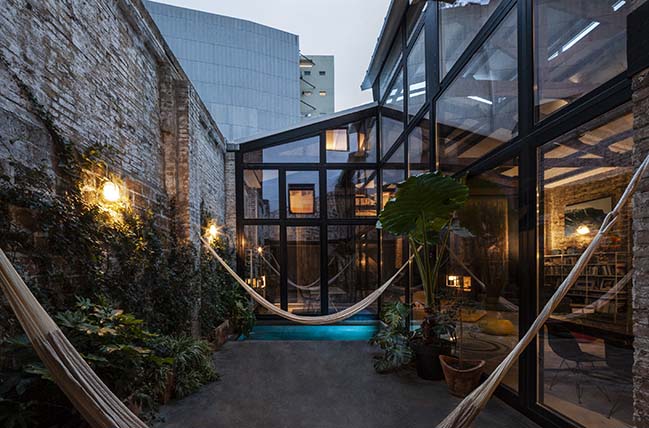 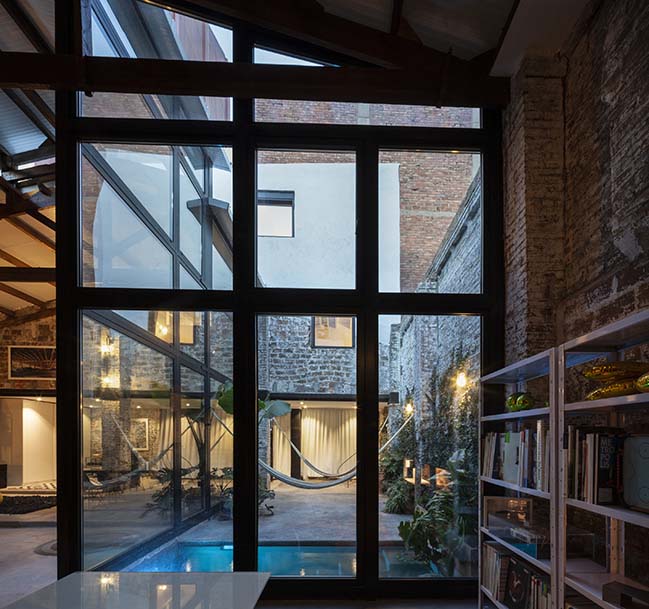 YOU MAY ALSO LIKE: House or Cinema by Filippo Bombace 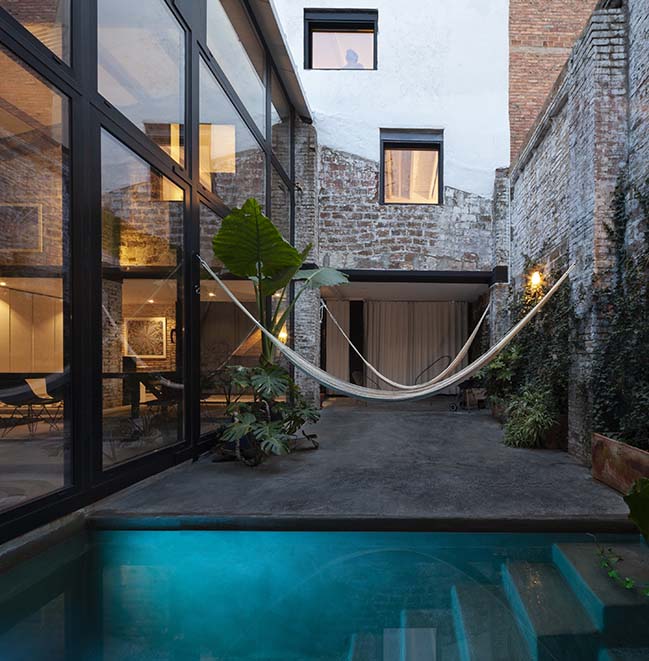 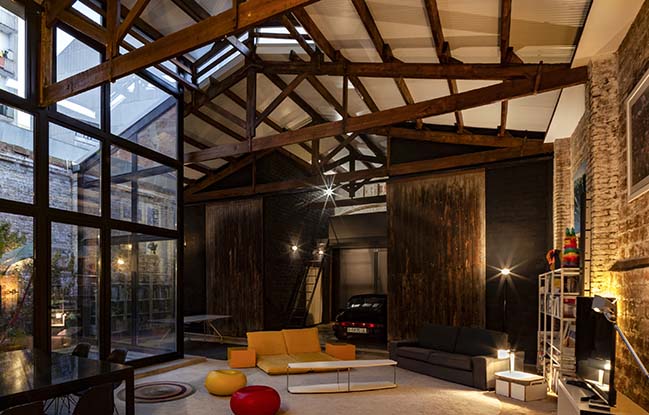 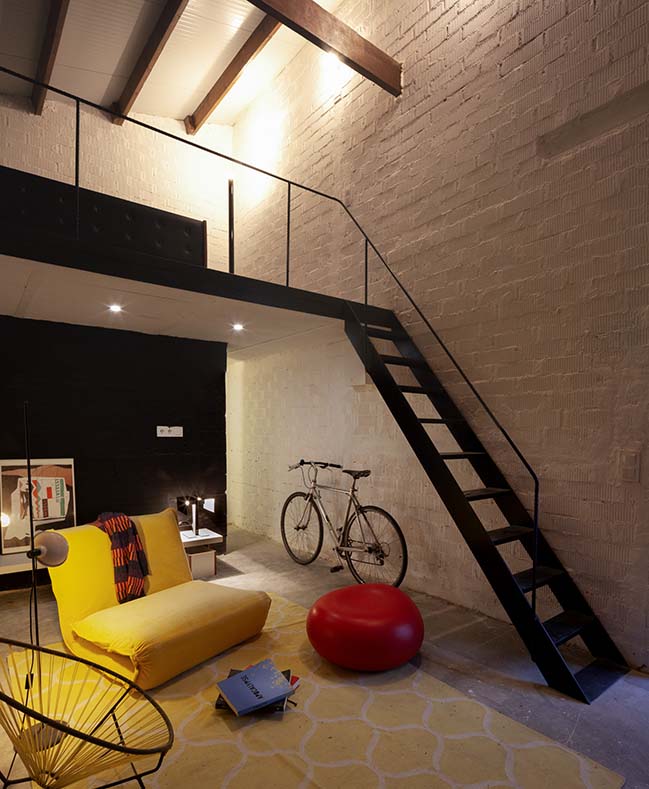 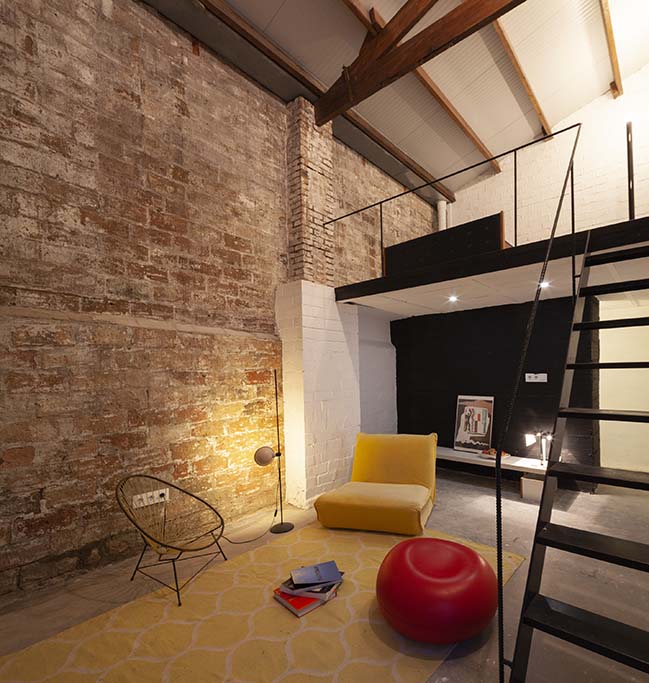 YOU MAY ALSO LIKE: Didomestic - Every house is a theater by Elii 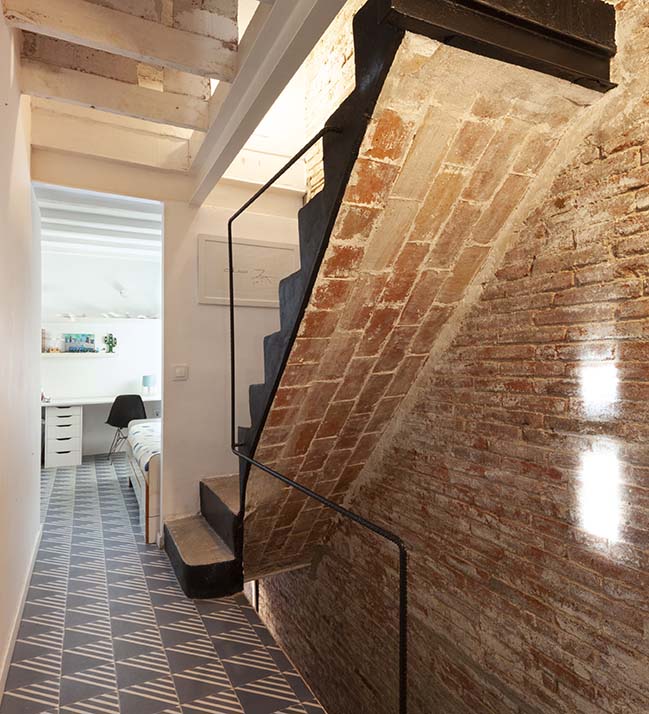 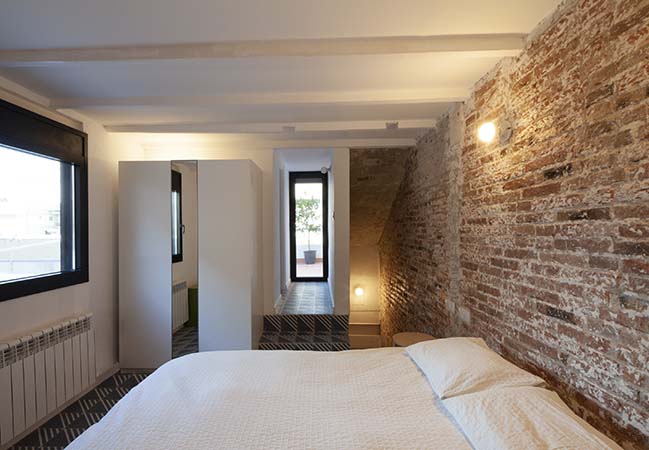 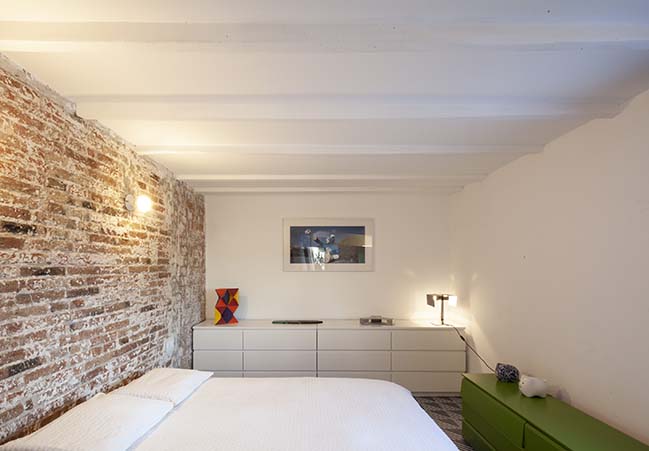 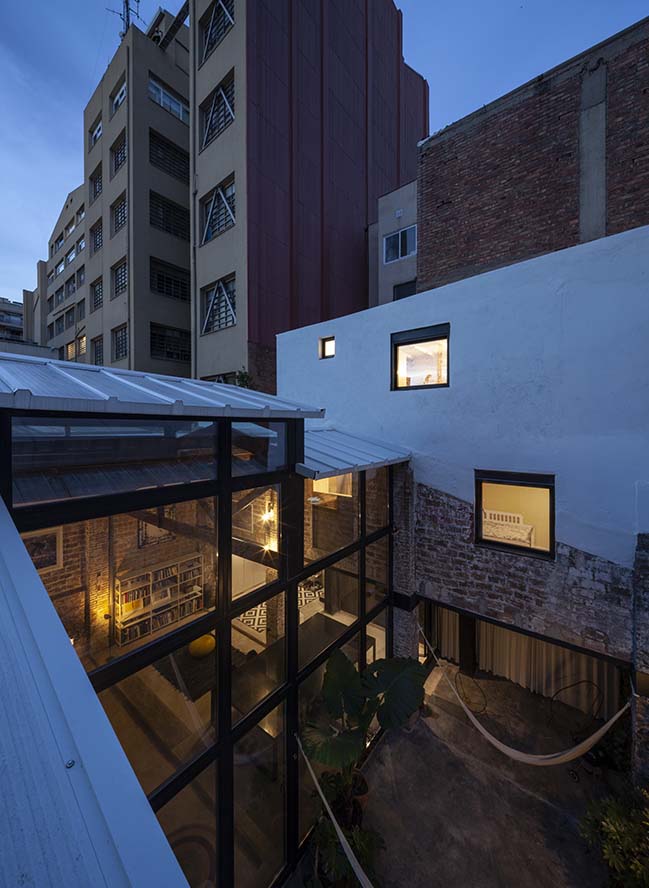 YOU MAY ALSO LIKE: VN House in Barcelona by Guillem Carrera

The Theatre: From a warehouse to a home by Cadaval & Solà-Morales