The house is located in Torre en Conill, Bétera, it is a house completely open to east orientation, where the fields of the golf club are located, on the ground floor the house is distributed in two areas, on the one hand two rooms with their respective bathrooms and on the other side a large space where the large living room and kitchen is located, this large space is flanked on one side by a cantilevered staircase, supported by a concrete wall and on the other side in the large windows that open the space towards the garden. 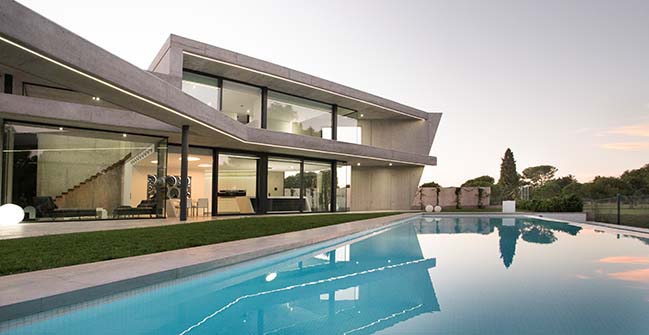 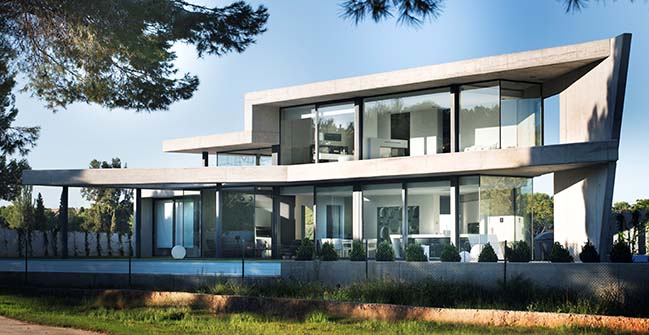 From the architect: On the upper floor is the suite room with the same scheme as the day area on the ground floor, a large space where the bathroom and the bedroom are located in a open space, always overlooking the golf club. 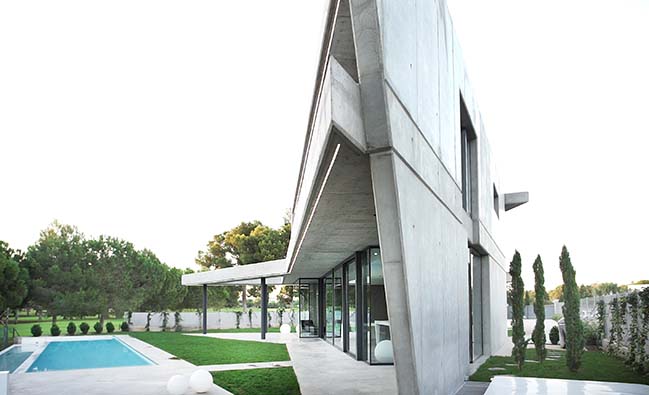 The house is defined by concrete planes that fold forming the roof and the wall also of concrete that defines the west facade, the worst orientation in the Mediterranean climate. The east facade that opens onto the views of the golf fields is formed by large carpentries that form a large glass wall. 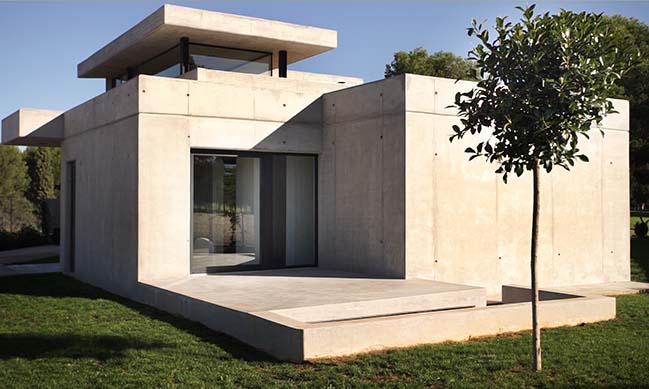 From the outside, the vertices formed by the concrete planes that form the enclosure of the west facade and the roof that forms the terraces next to the pool are accentuated. The house acquires a singular personality as much by the form as by the simplicity of the used materials. 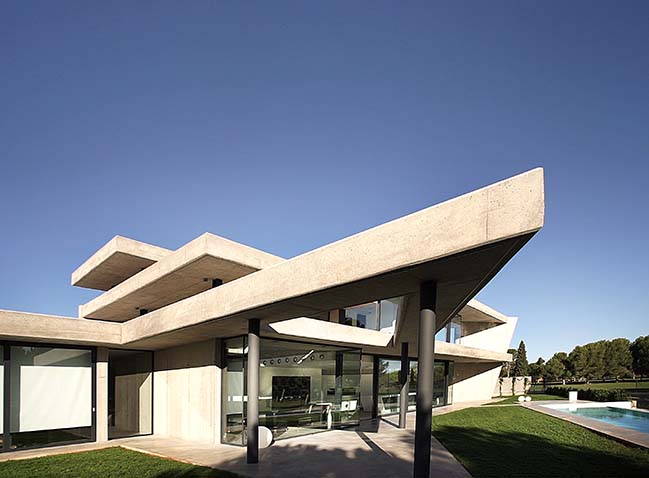 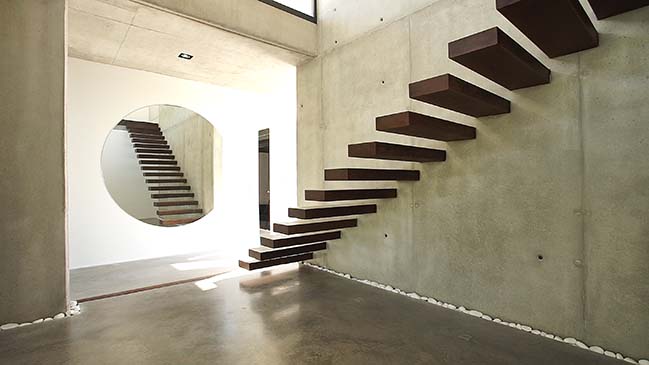 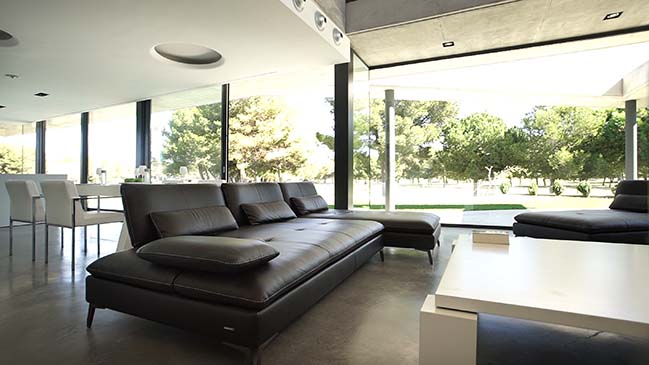 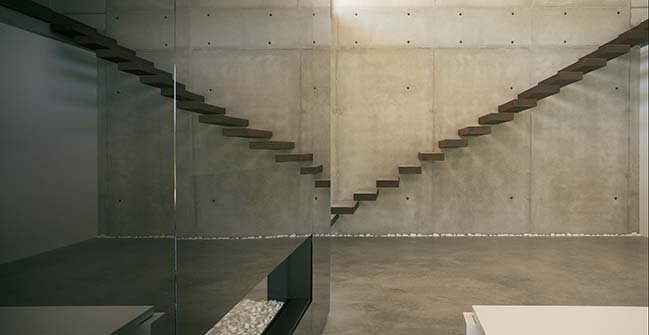 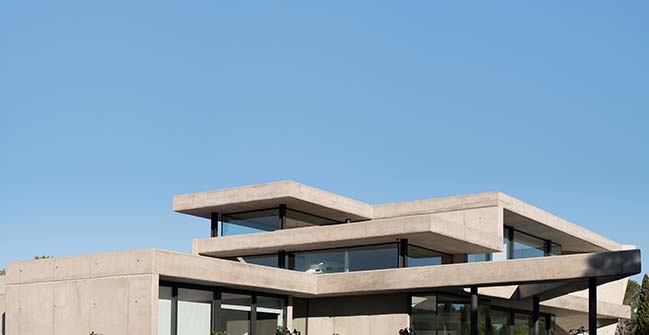 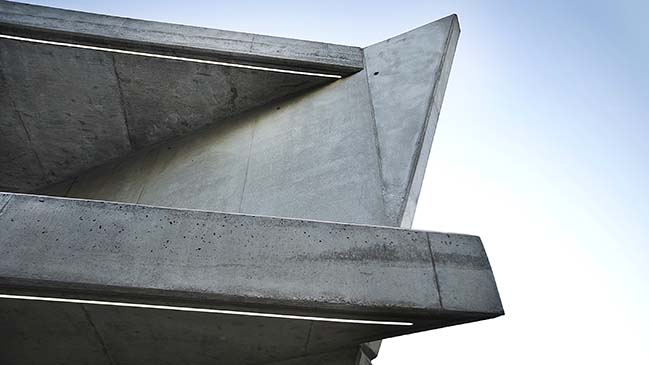 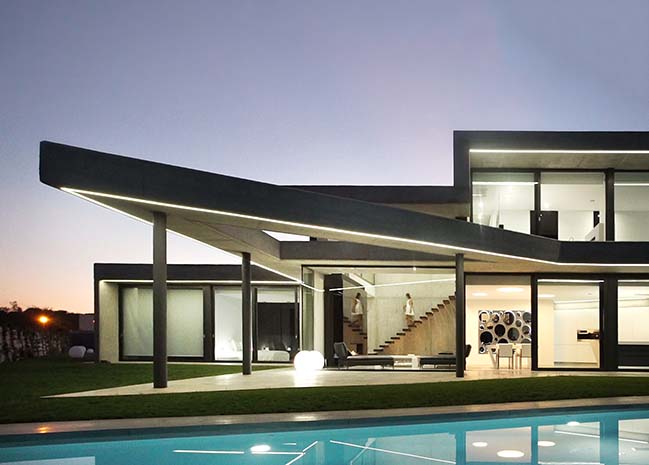 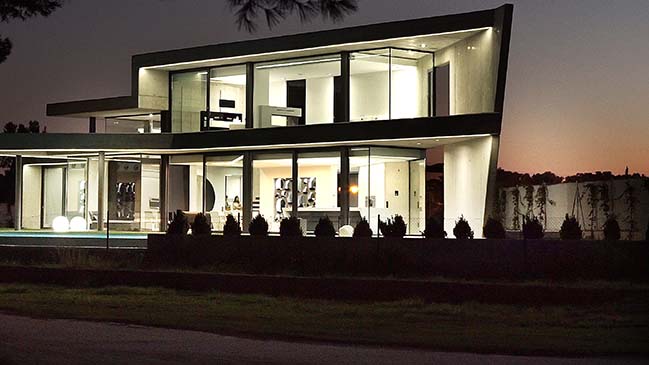 04 / 10 / 2018 The house is located in Torre en Conill, Bétera, it is a house completely open to east orientation, where the fields of the golf club are located