Located in Westland, Netherlands. Villa New Water that was designed by architect Koen Olthuis of Waterstudio is a residental property that would allow for the optimal experience of its surroudings 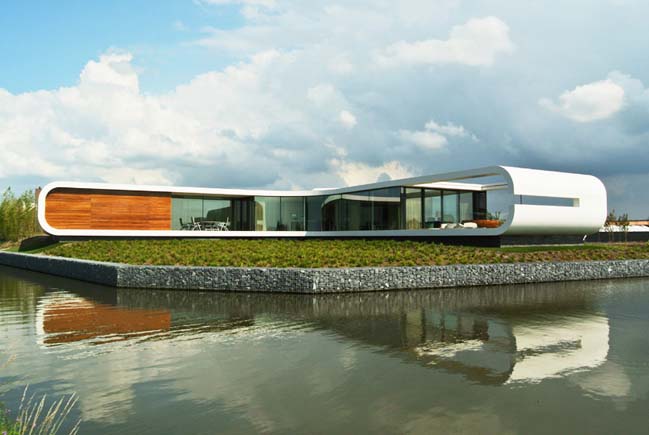 In order to maintain the rural character of the location, the assignment came with strict regulations limiting the volume allowed above the ground level. These limitation eventually proved to give rise to a rather sophisticated design filled with spatial solutions. 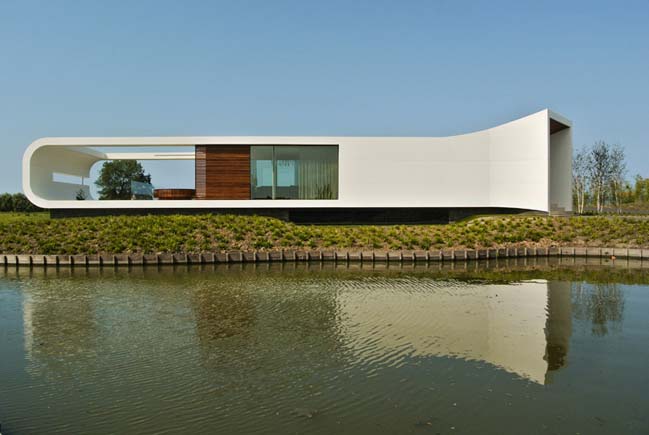 With the volume limited, Waterstudio decided to make a floor under ground level, providing extra surface within the limited dimensions of the building-envelope. Solutions for allowing daylight in the lower floor turned out to be the main architectural highlights. 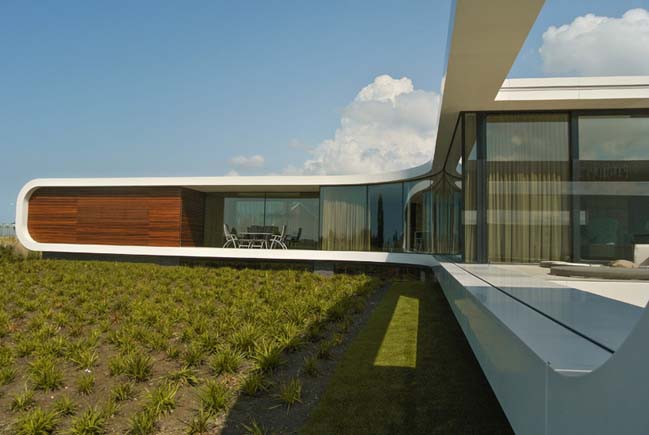 The volume was  taken up as a white frame outlining large surfaces of glass, making the whole villa rather transparent. Some touches of wood add subtlety and warmth to the scheme. The white frame curling along the facade closes off both ends of the house. In the middle the frame rises to mark the entrance.

The concept of transparency was maintained throughout the house by creating an open layout where, almost no doors are used.  Typical eye catchers in the interior are the kitchen situated in the center of the house. 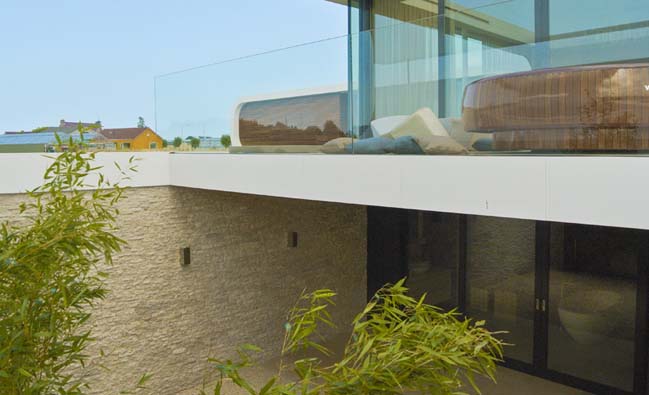 Beside the exterior of the Villa, Koen Olthuis designed the interior and the garden what brings the total design of the plot in harmony. In the green sloping garden the water of the New water is literally brought into the plot. 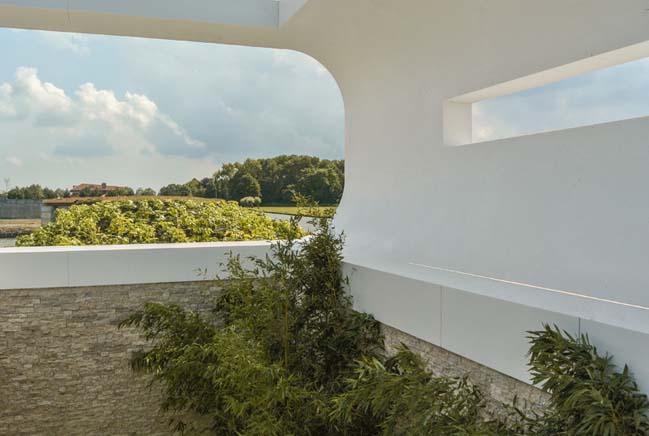 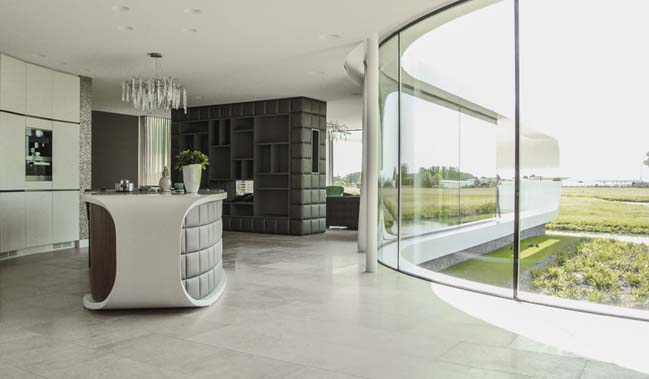 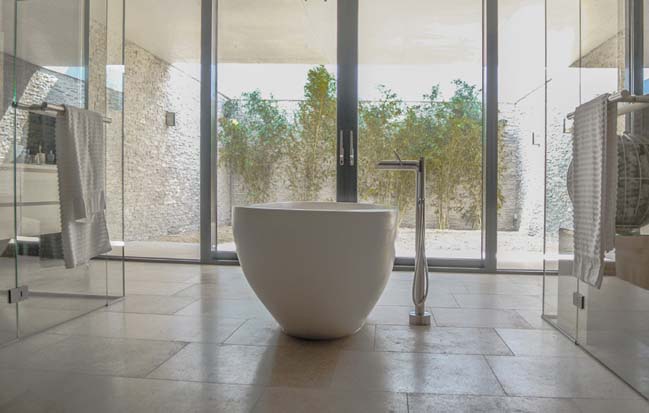 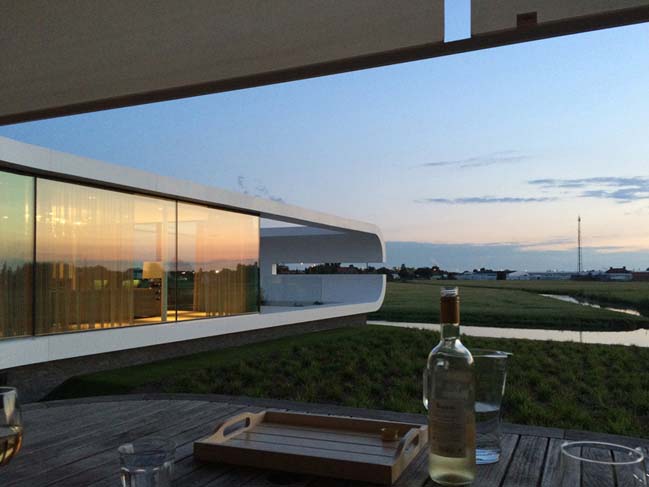 03 / 09 / 2015 Located in Westland, Netherlands. Villa New Water is a residental property that would allow for the optimal experience of its surroudings