WER House was designed by Spado Architects to construct a modern detached house in the best inner-city location in Austria. 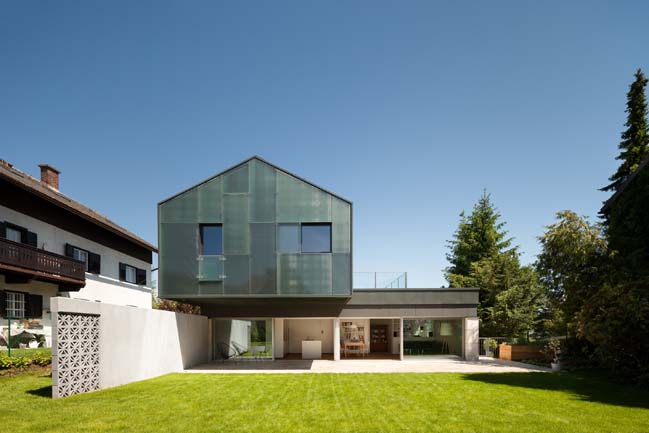 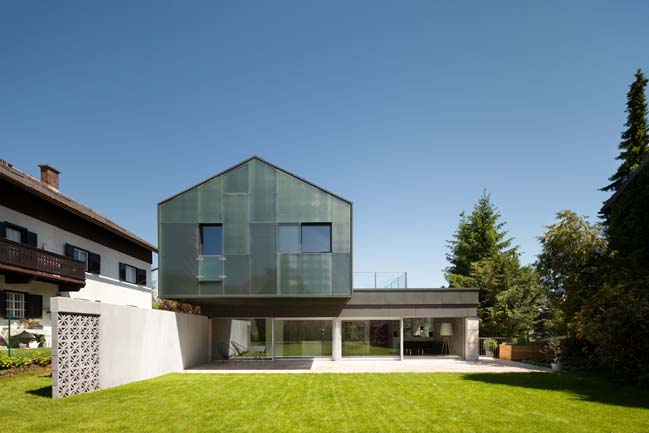 Project's description: The plot to be built on rises by about the height of one storey from the northern boundary, where the access road runs, to the south and it opens to the south on to a level area. One major aim of the design was to create an optimum sequence of rooms from the public to the private to provide the highest possible spatial quality in each phase. 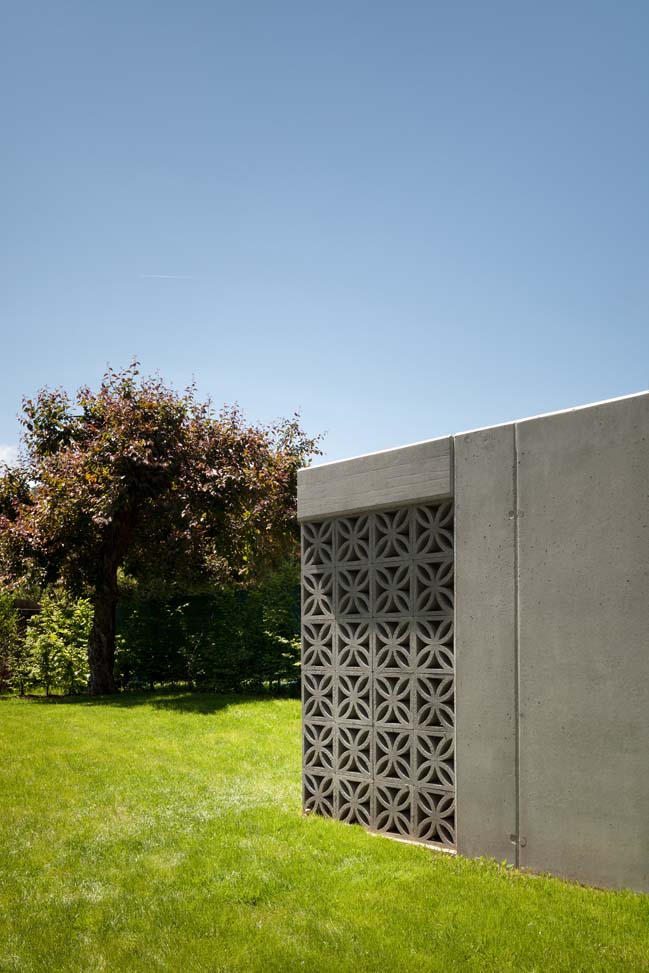 The building itself consists of an east-west orientated two-storey base divided by a projecting roof that separates it from the street and protects it to the south and on top of that a north-south running single-storey gable-ended roof construction that minimises the view from the house to the west and forms a protective roof over the terrace. The building fits into its urban environment in that the roof shape and the building line match its surroundings. 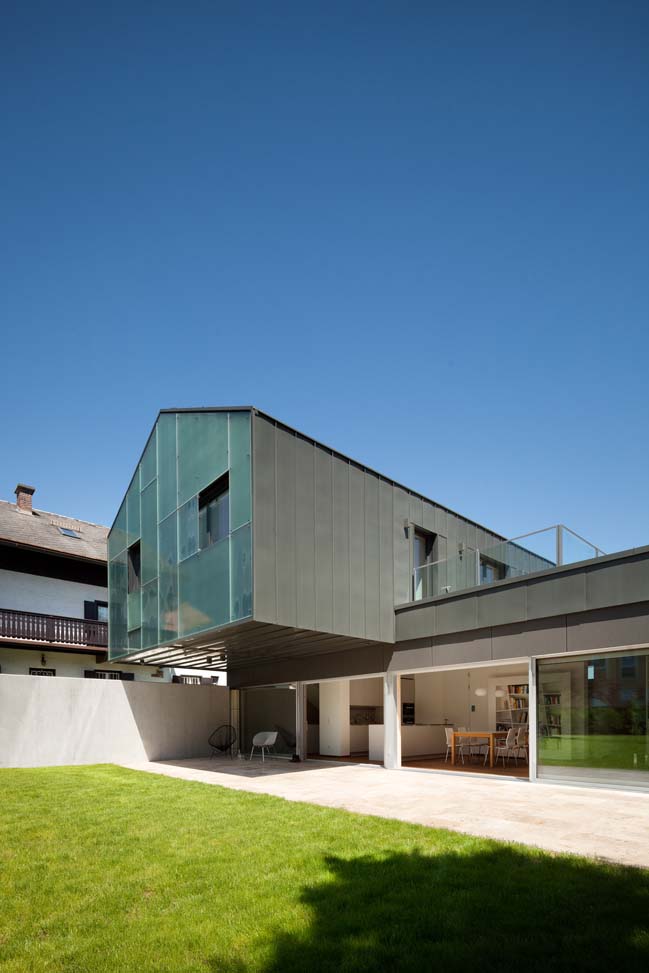 The route through the building is intended to create a series of different spatial moods. The hall in the basement was designed as a cave-like interior space in a positive sense. The warm, dark colour scheme accentuates the feeling of “coming home” and it emphasises the light falling from top to bottom in the area of the single-flight stairway. The wall in the area of the stairs was designed as light with a reflecting surface to further increase the play of light. 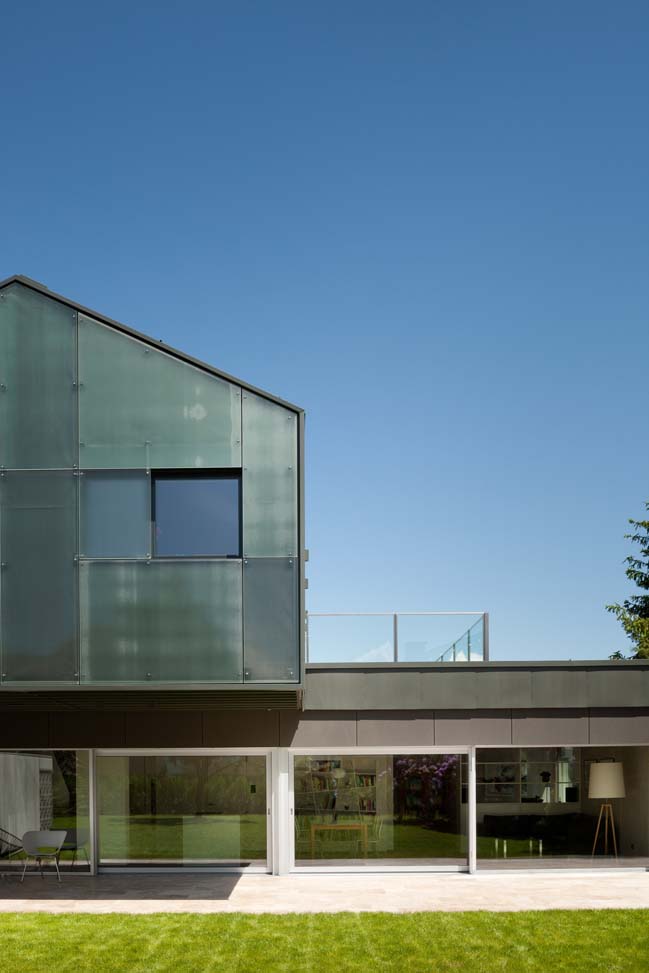 Via the stairs you reach the open-plan living area storey that is designed as a flowing space between the inside and the outside but still protected from view. The wall structure of the stairway is extended into the exterior space. This creates a flowing transition between inside and outside. Via another stairway you come to the most intimate and private areas of the house, the bedrooms and the bath area. 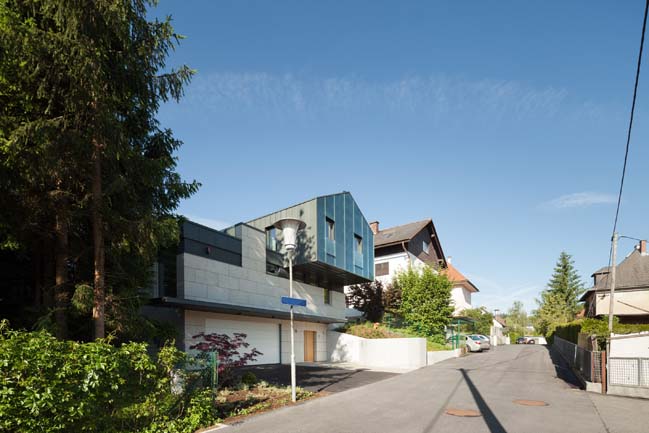 For maintenance purposes you can reach the garden level along the eastern boundary. There is storage space for garden tools built into the wall at the garden level. The canopied spaces provide areas protected from the weather and from view. 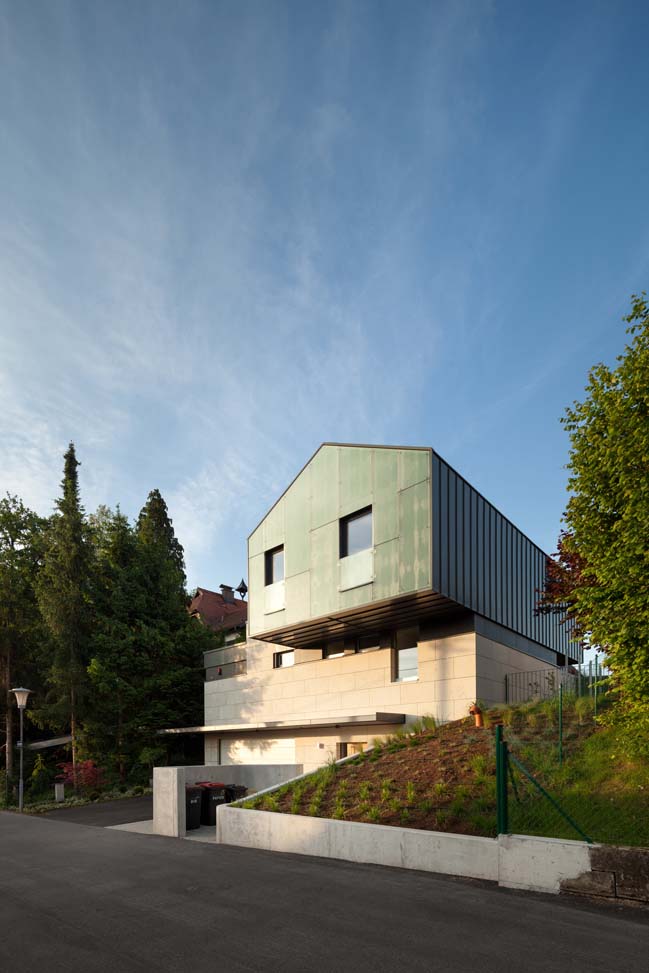 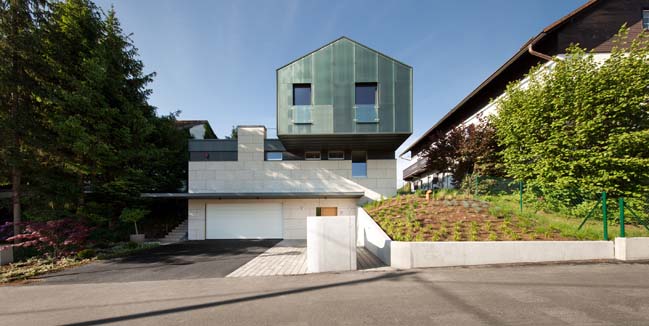 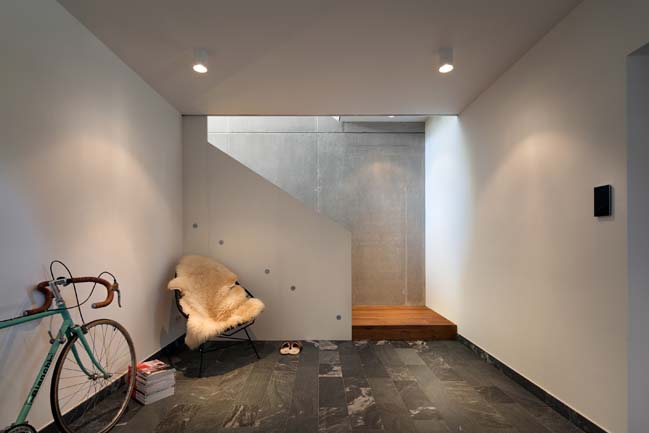 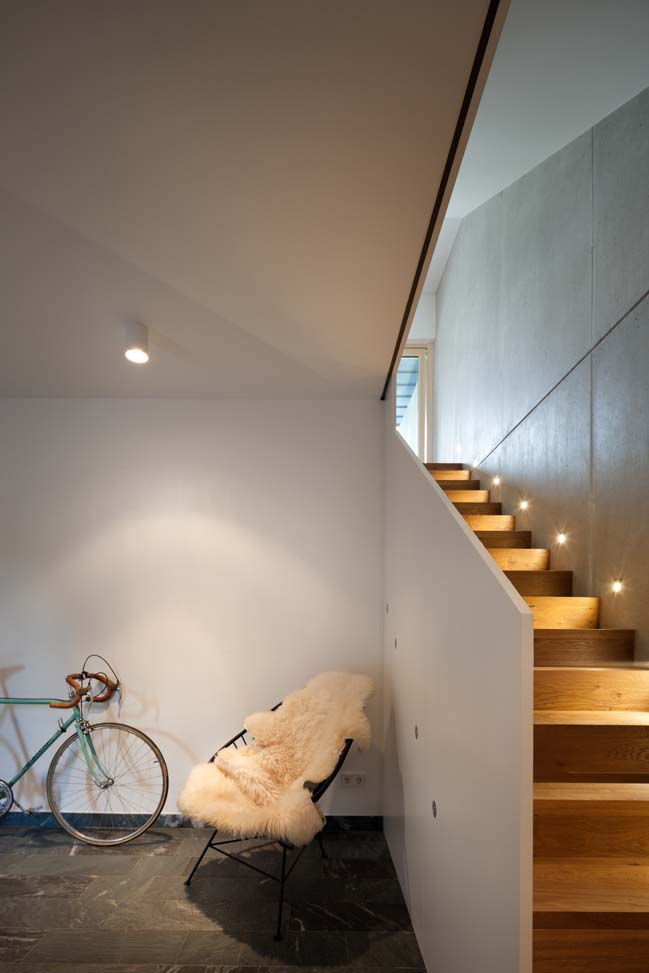 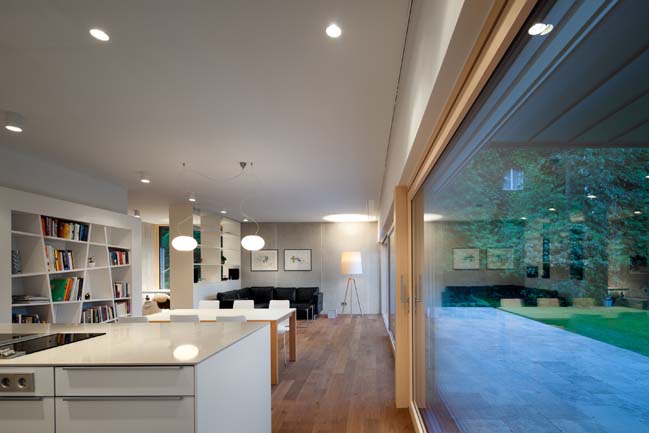 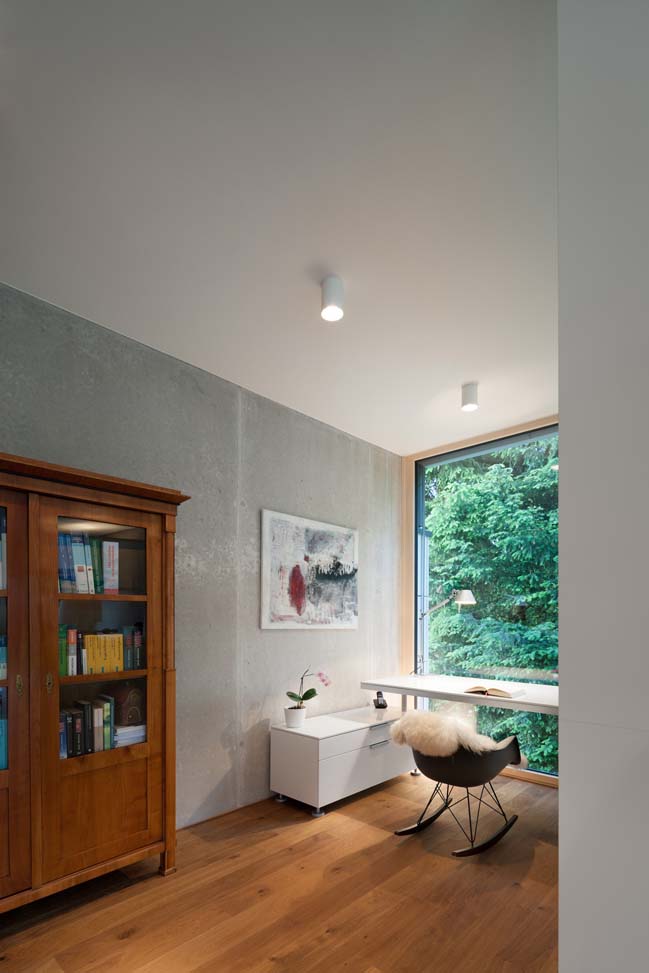 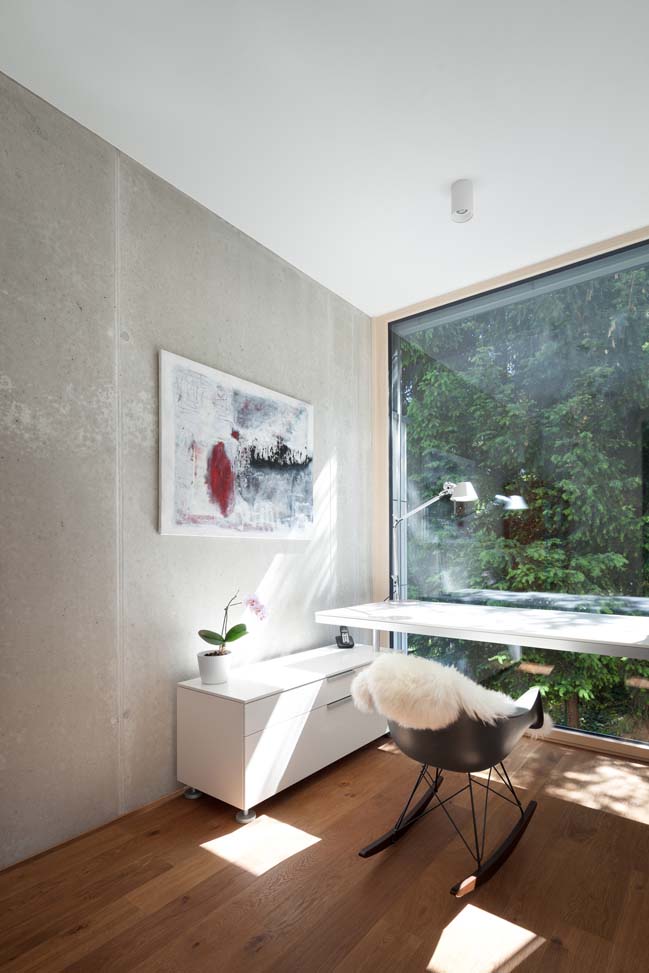 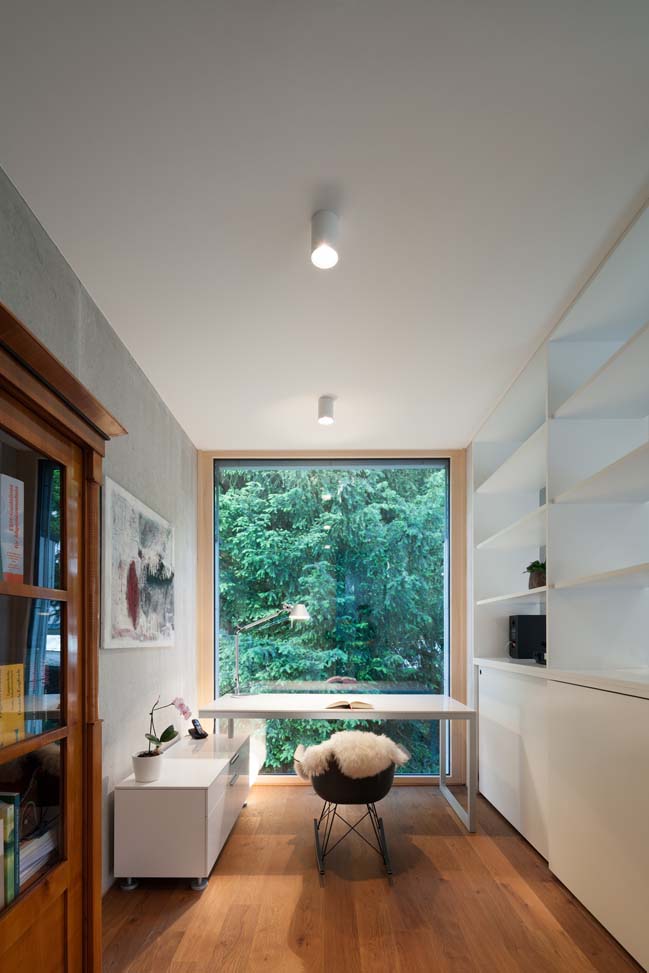 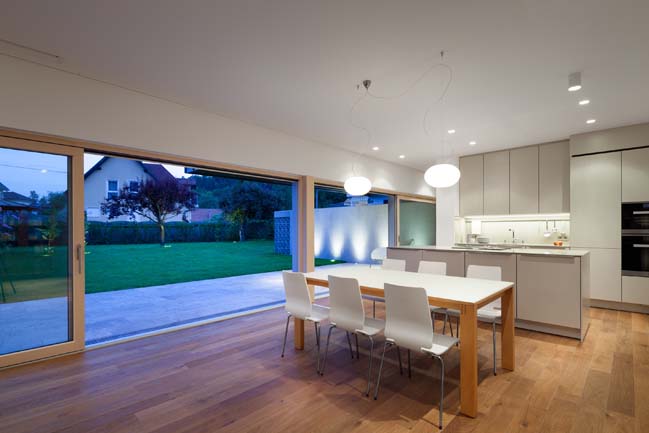 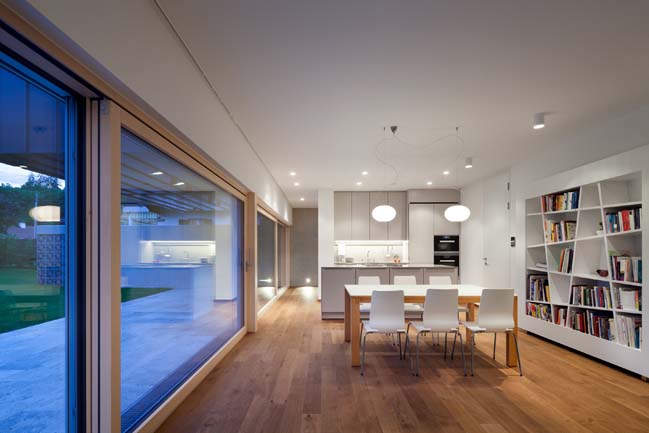 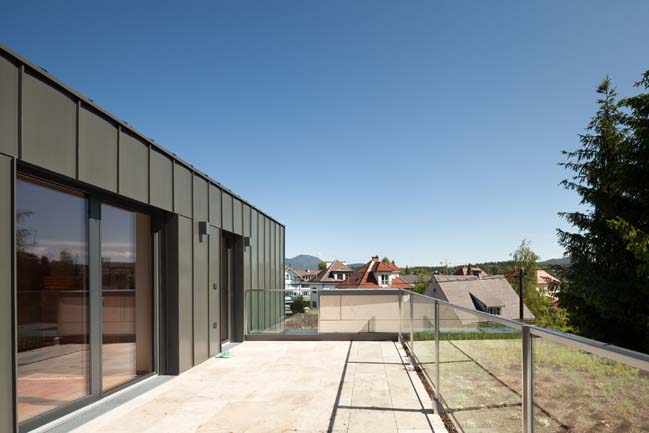 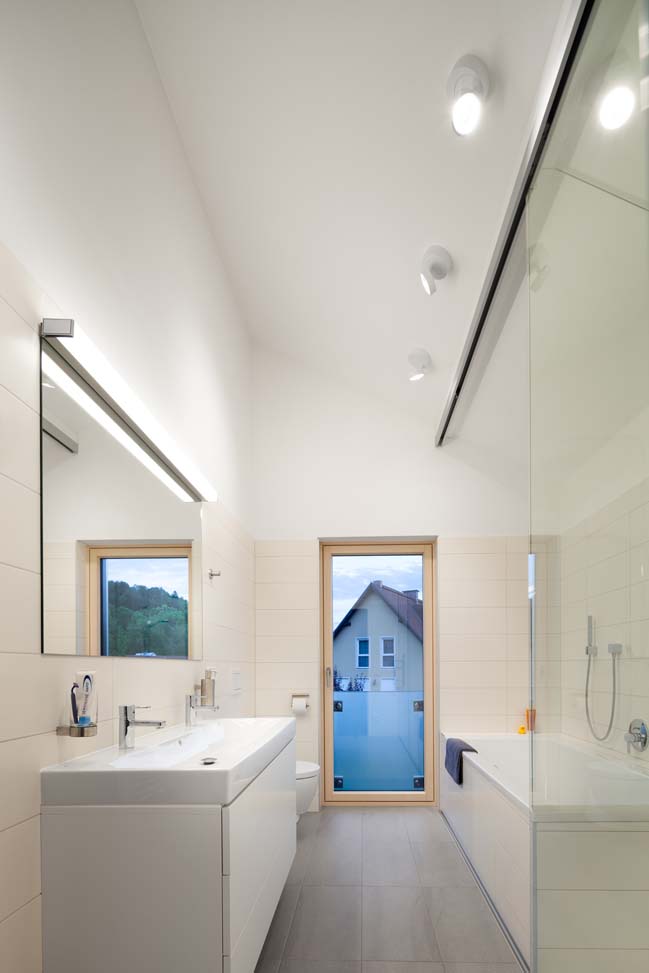 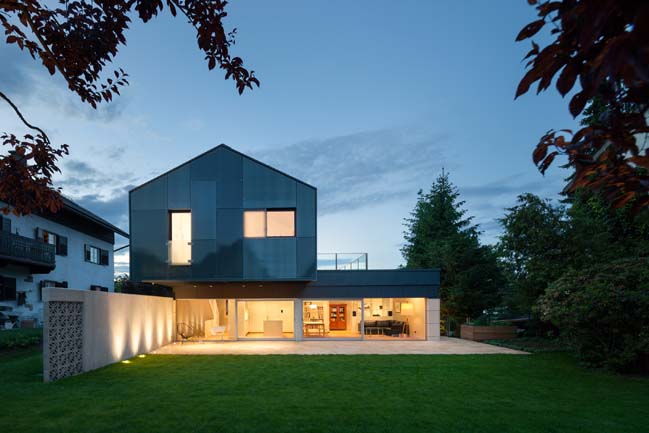 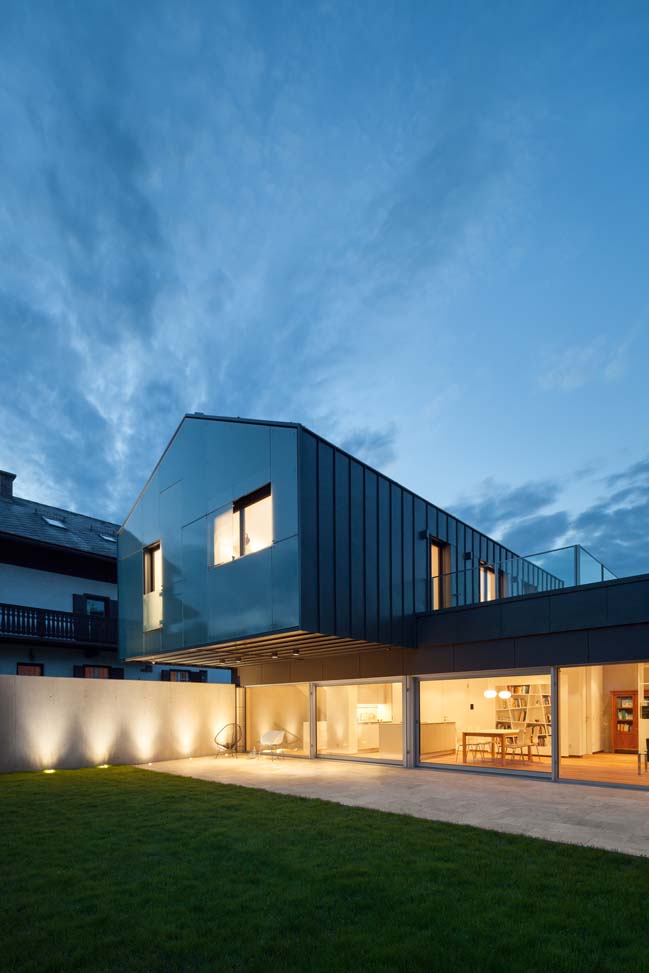 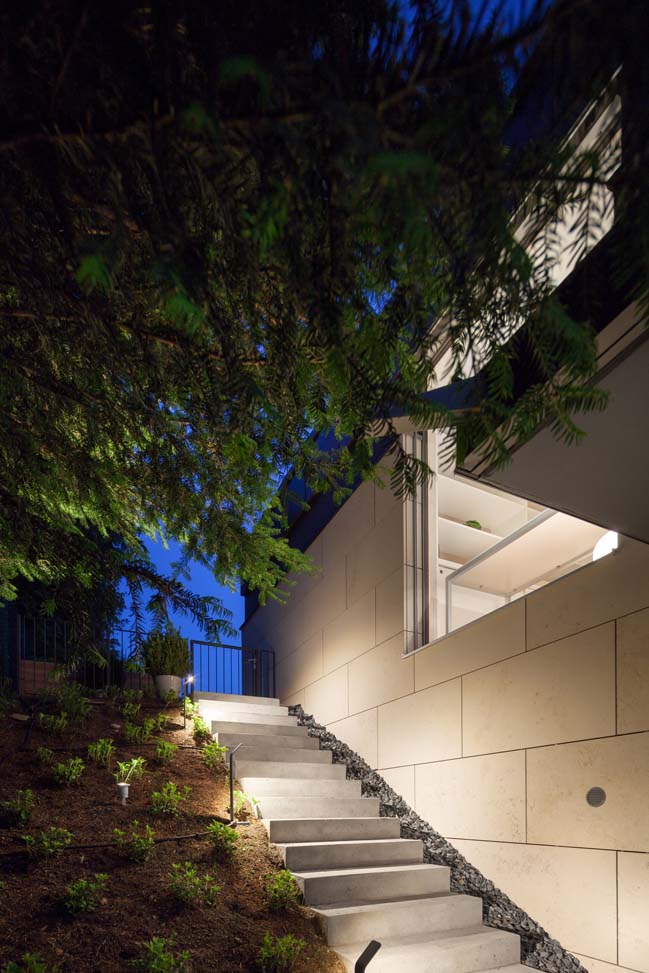 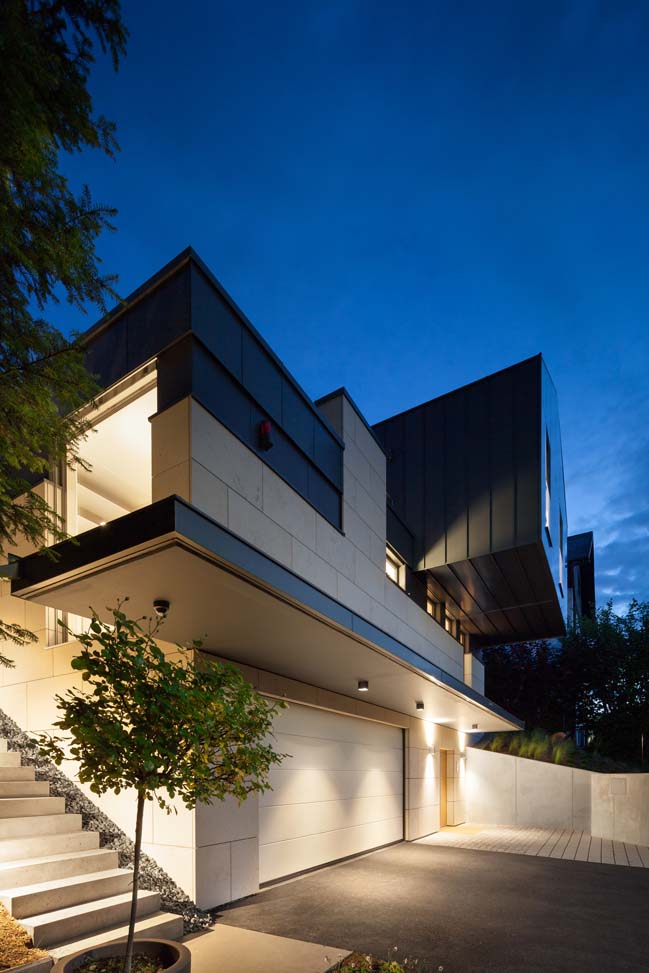 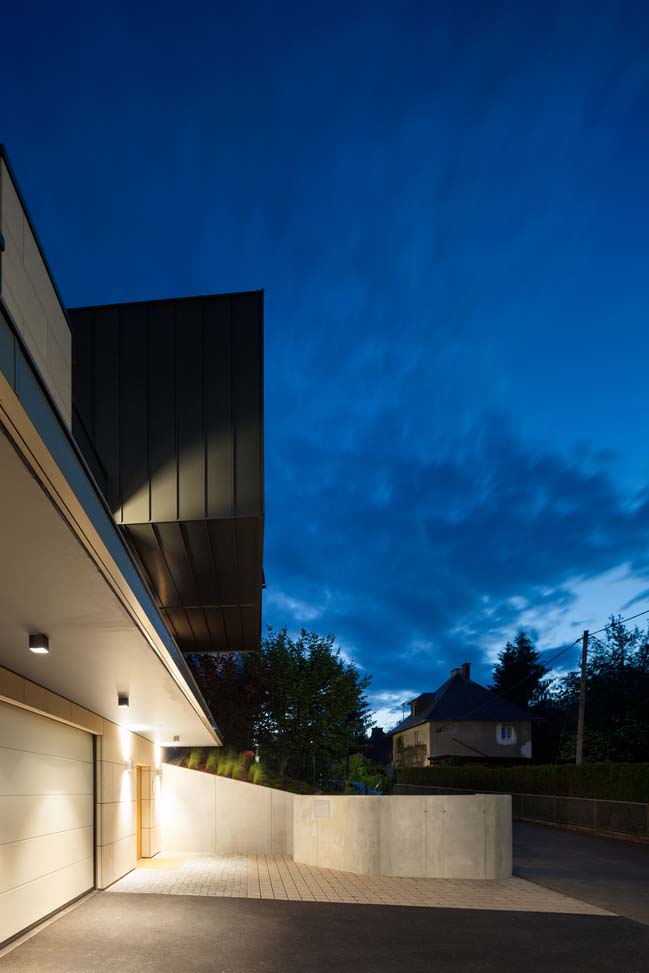 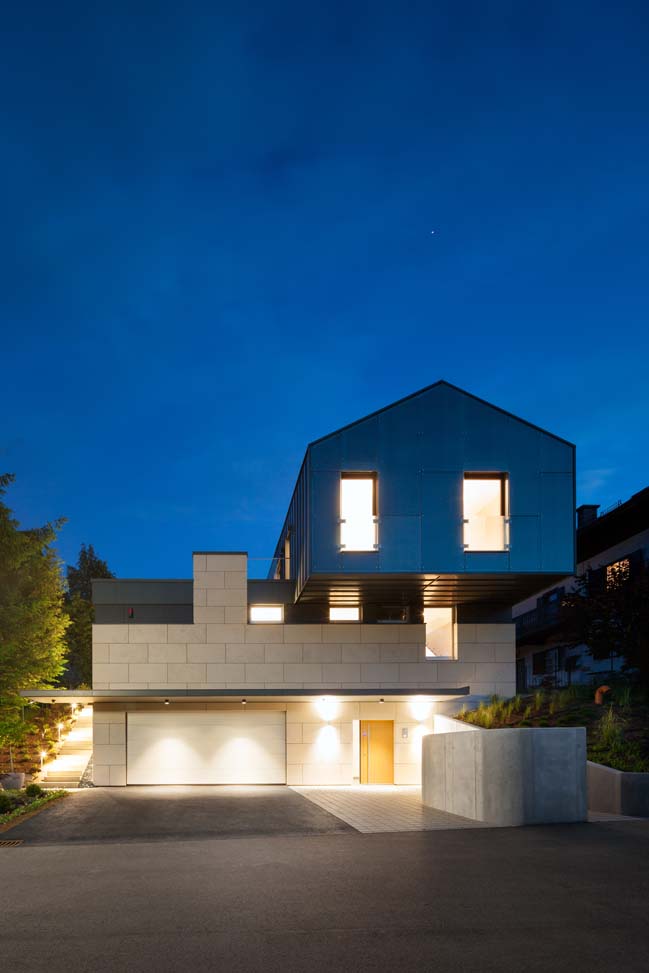 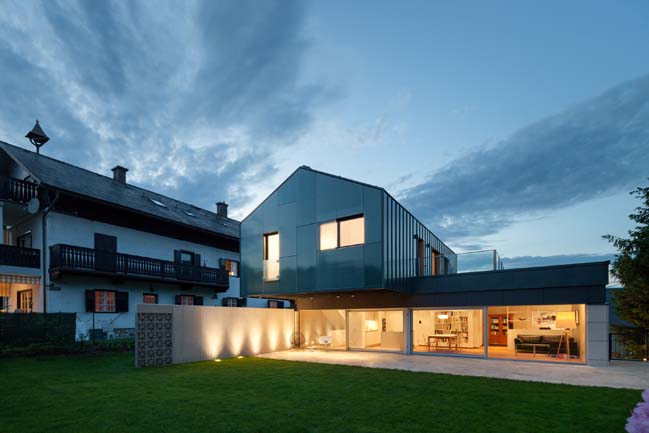