This project is a white modern single family home by Ral in Castelldefels that the house is wrapped around by a grid of white large-format pieces. 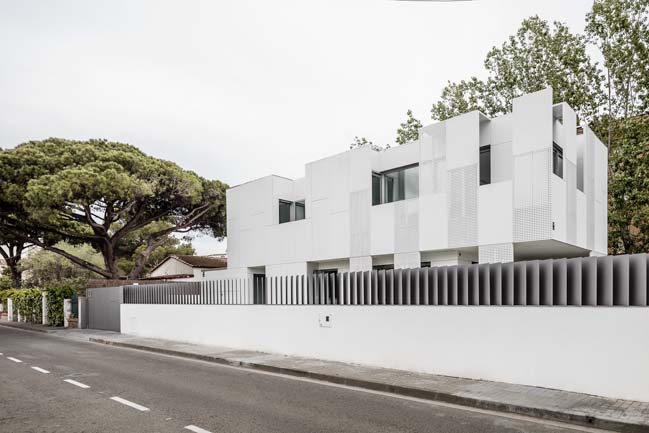 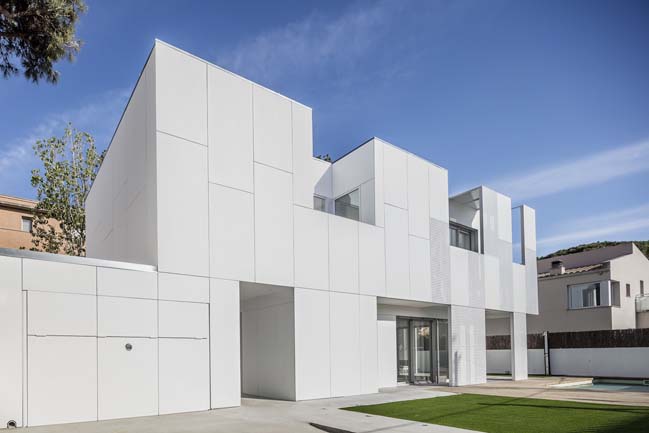 Project's description: The volumetric envelope is almost  the first of the premises when confronting preexisting and program requirements. The contradiction between a latent hostility in an apparent idyllic condition of the place is also.

Often in relationships and transits the shortest or easiest distance is not the most appropriate. The direct roads become twisted, the fast roads become slow, which we take for granted it is no longer, the fine becomes thick and the thick becomes the fine. The strategy is to incorporate some of the preexisting contradiction. 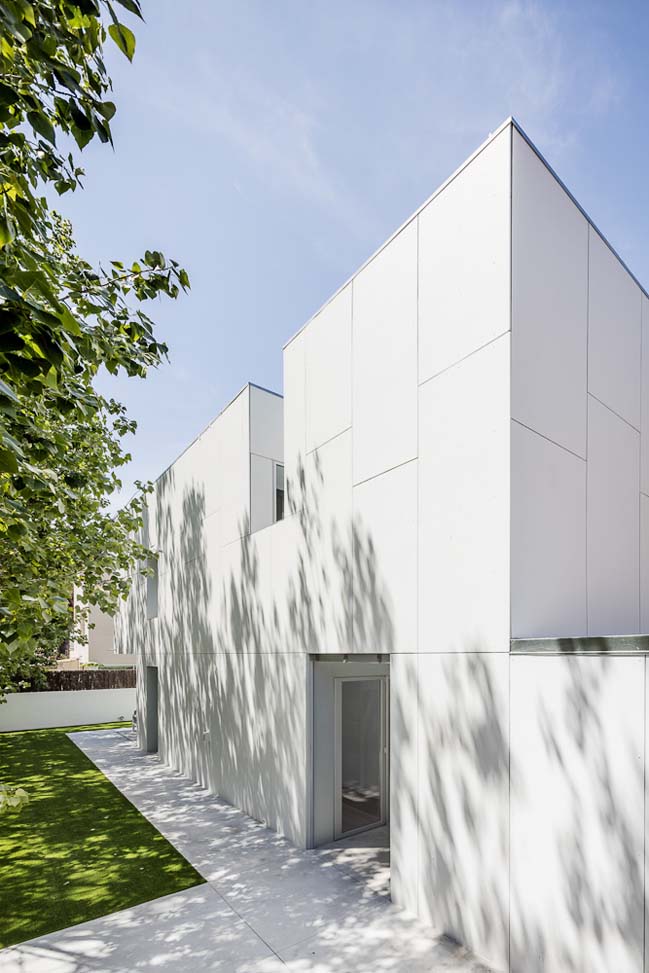 A grid of large-format pieces wraps around the house. This perimeter wrap is not coincident with the façade holes and the openings find their place changing plane. In the most exposed part of the building is formed a kind of a double-scaled lattice where some pieces are rejected and others are properly filter. Some of these can change their position at the disposal of usability thus activating the modifications of perceptions of volumetry and tectonicity. 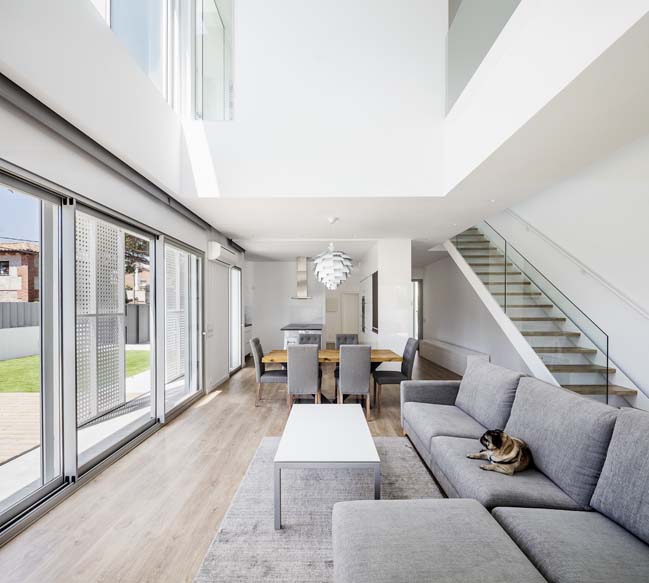 In other parts where the wrapping is still compact the initial volume is modified with the appearance of patios. 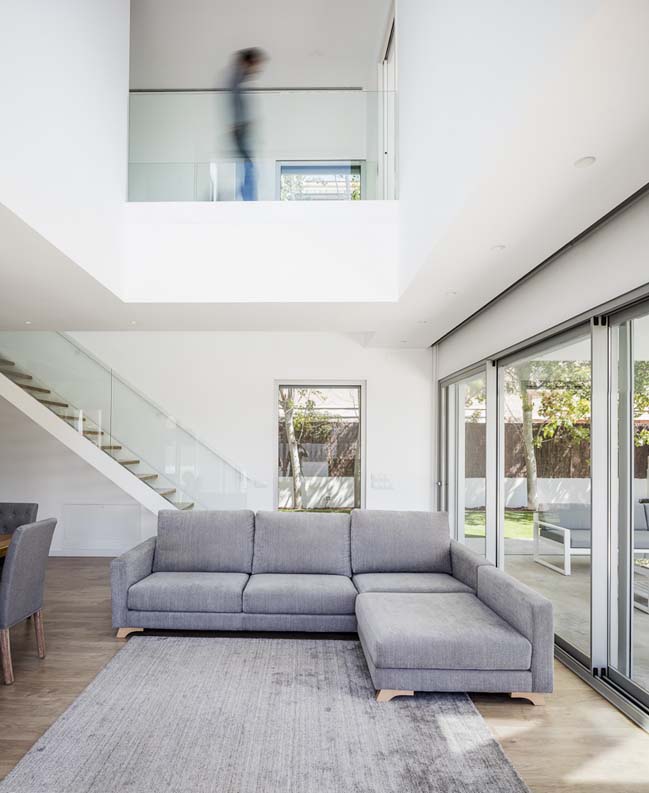 The back façade houses a shady garden that becomes a projection screen where every morning the leaves of the row of poplars play to be small suns. 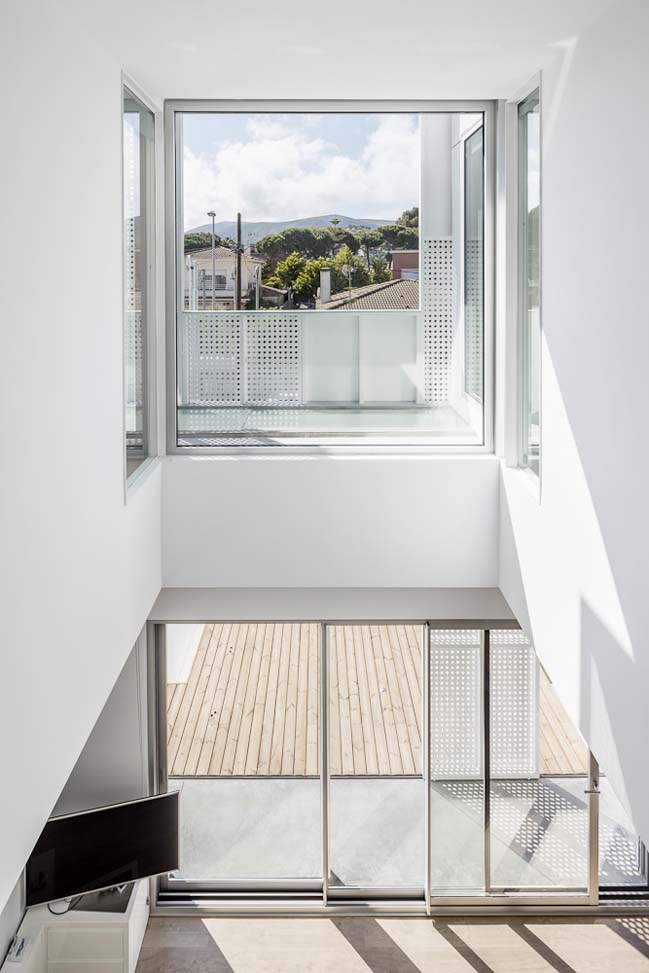 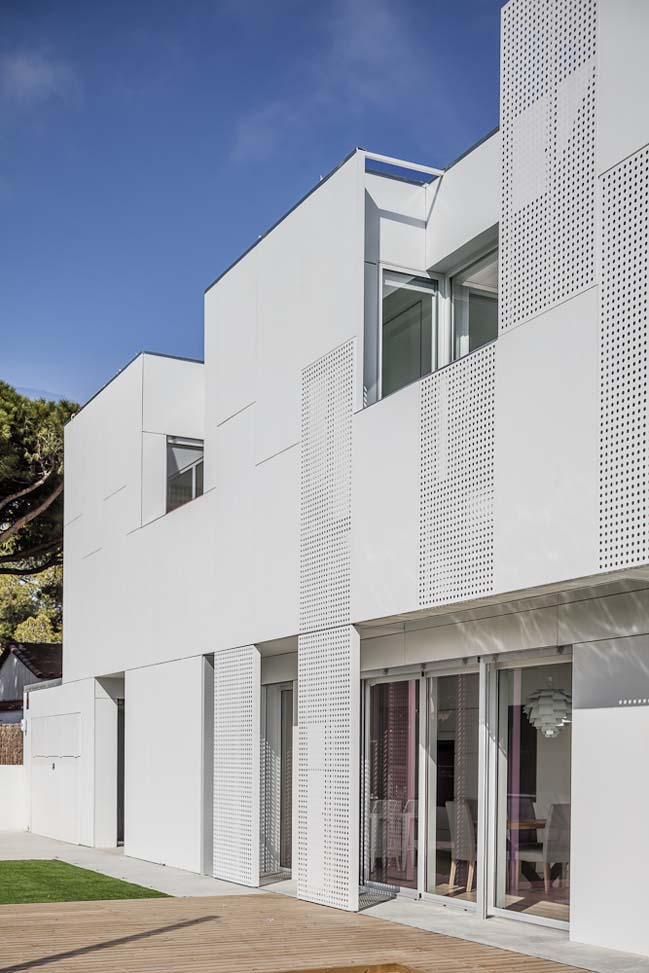 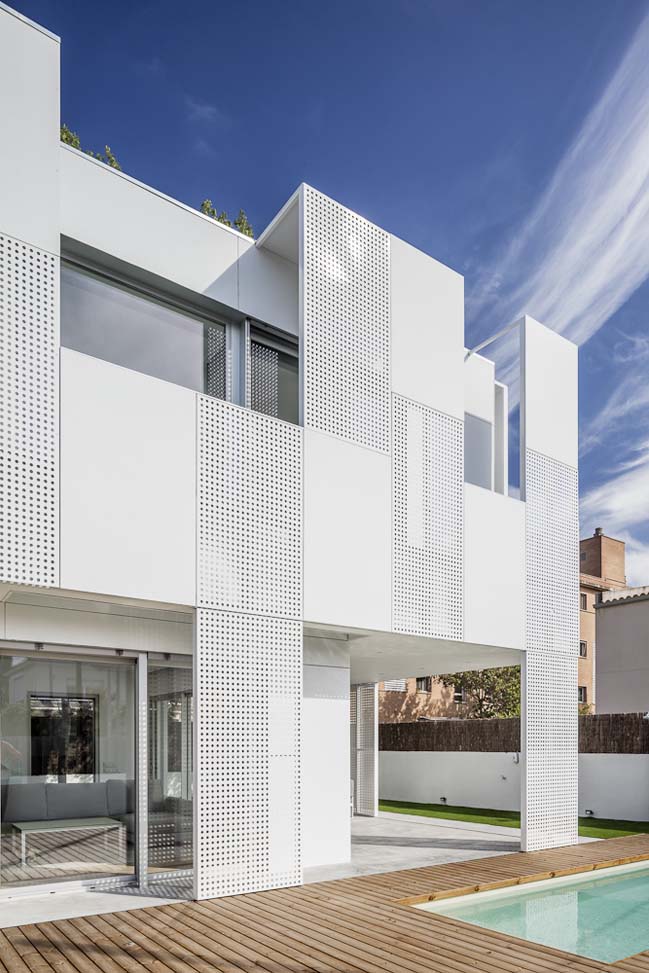 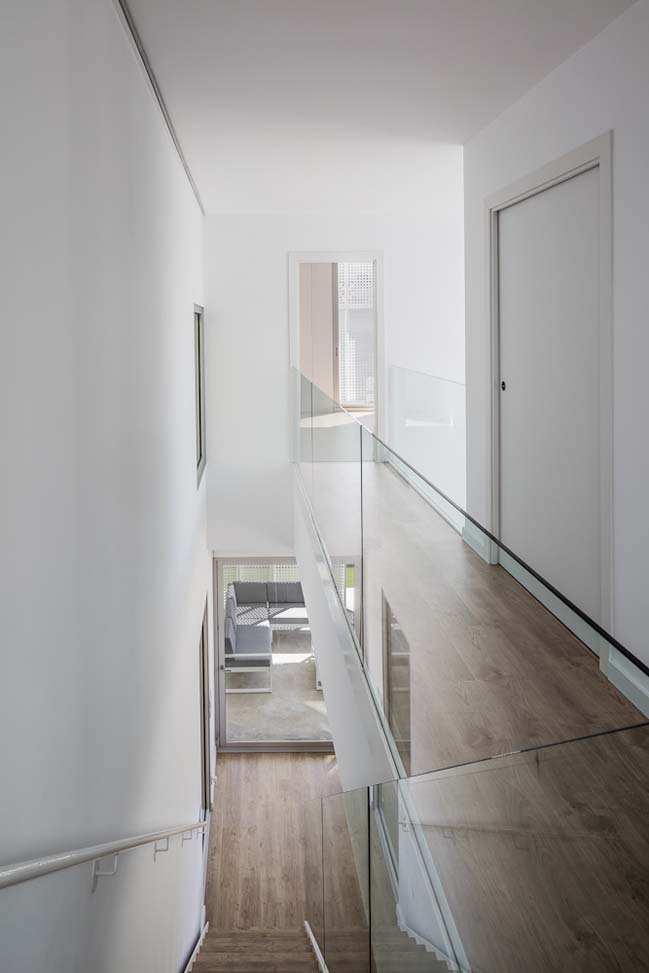 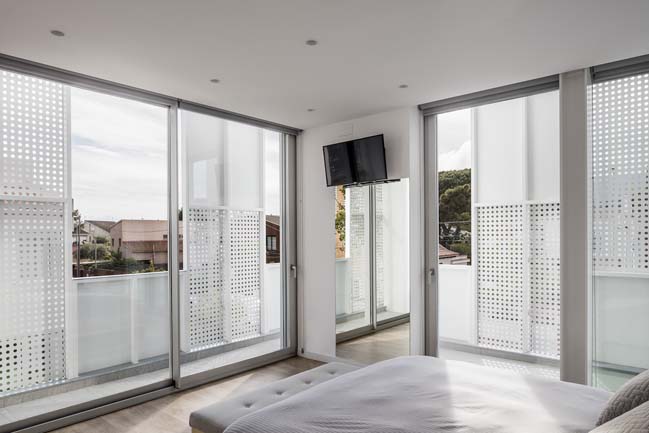 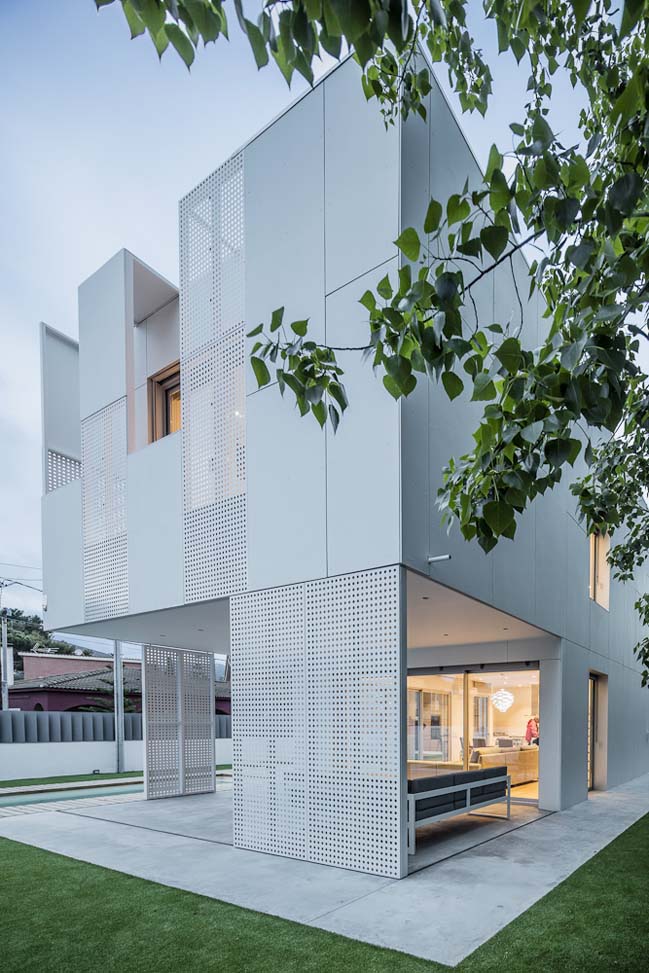 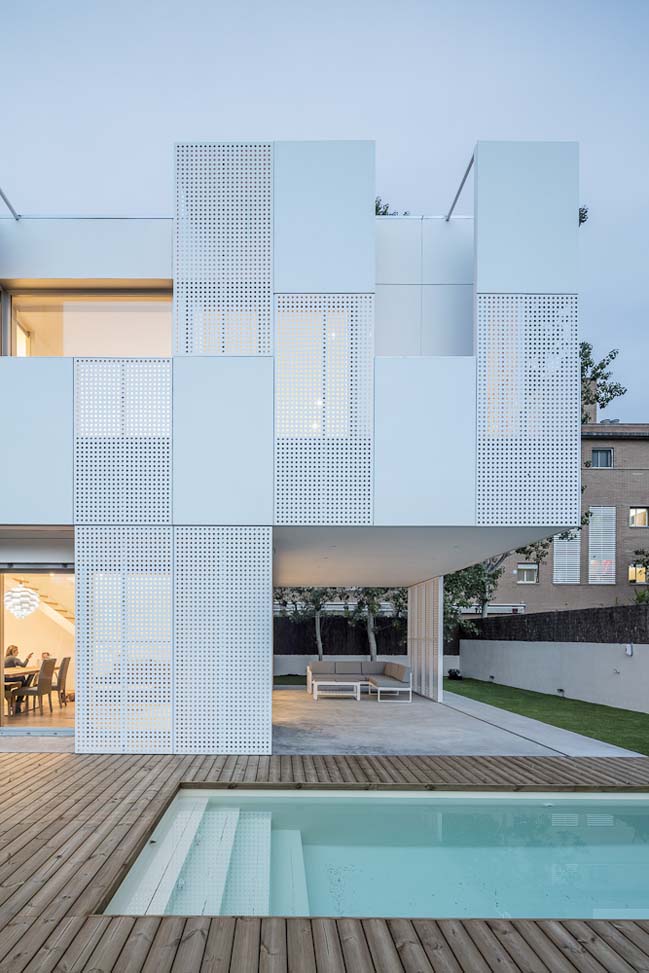 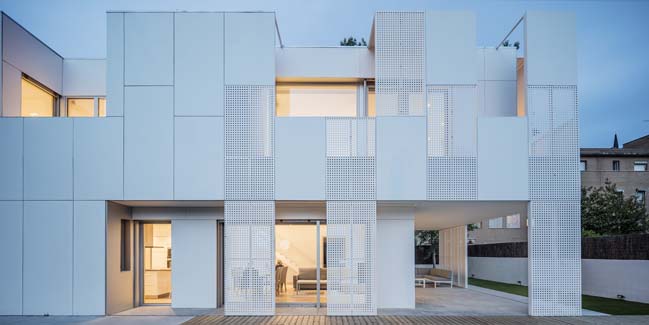 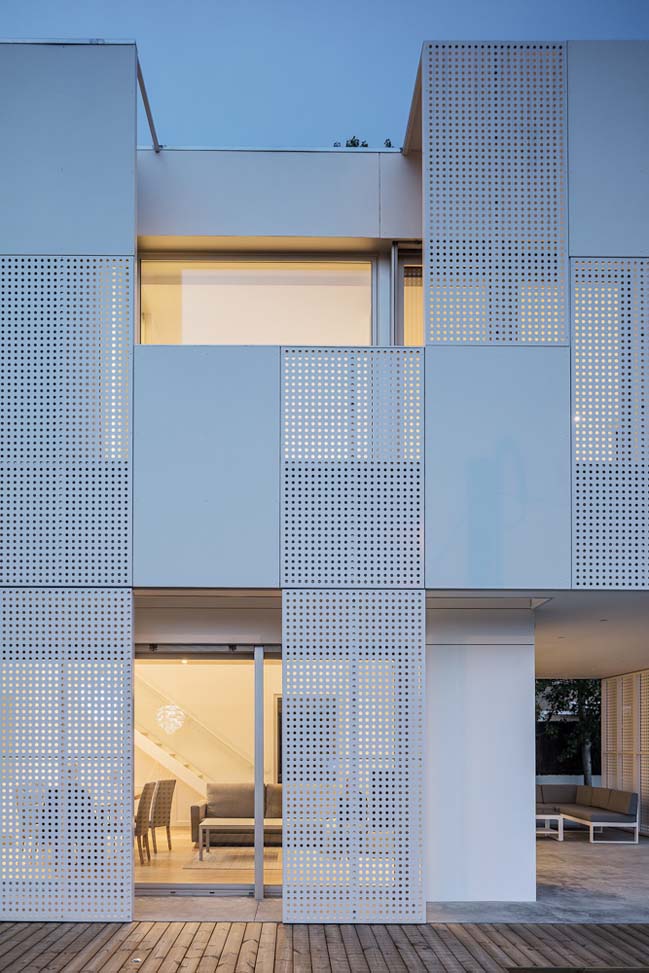 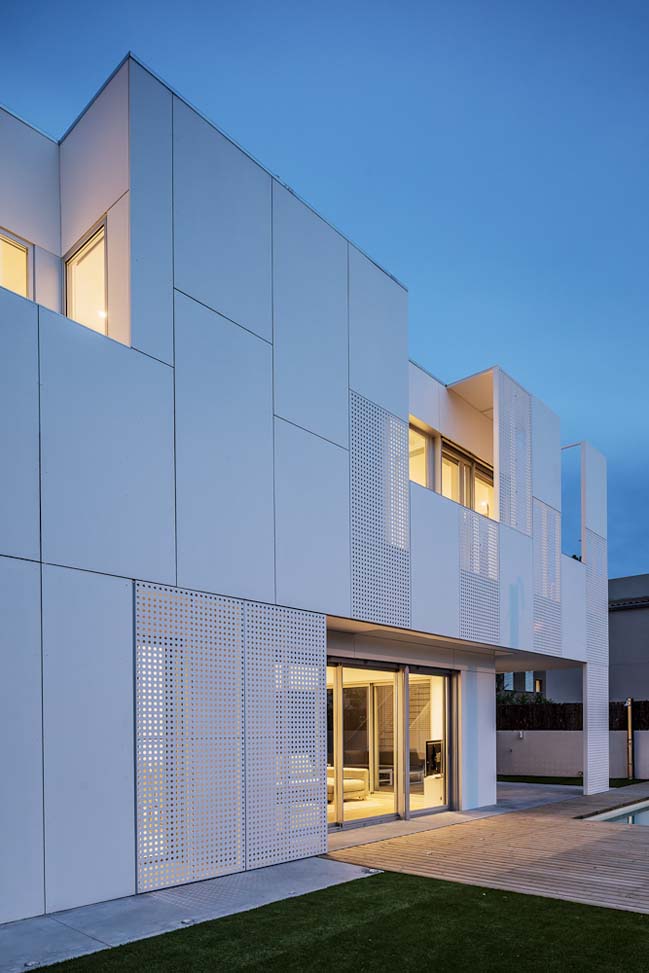 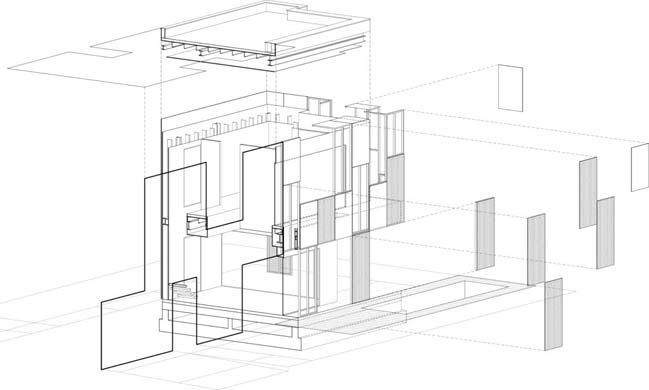