Recently, the new bus station in Tilburg was taken into use. Just like the renovation of the train station and the new bicycle parkings in the railway zone, the bus station was designed by cepezed architects. The new public transport facility generates its own energy and its design is thoroughly integrated. 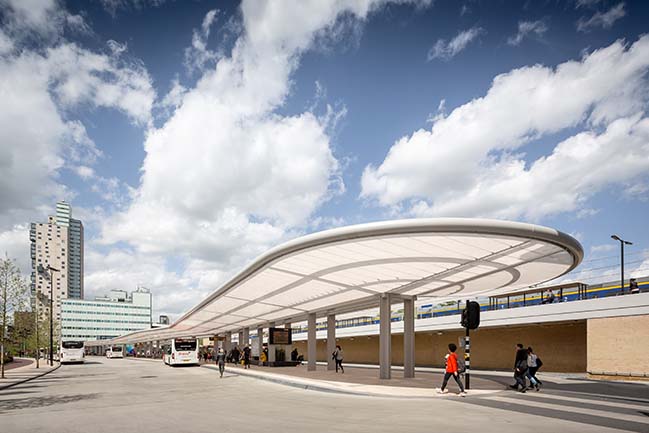 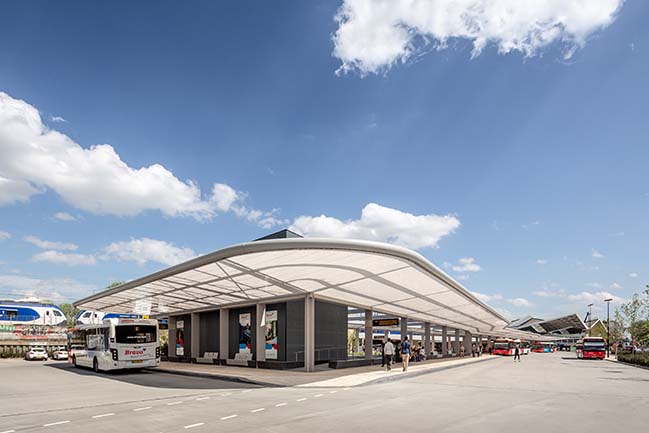 Frrom the architect: The new bus station is a part of the large-scale revitalization of the Tilburg public transport hub. It is fully tailored to the comfort of the travellers and to a clear and pleasant traffic flow. The facility is situated on the west side of the train station, roughly at the place that also occupied the former bus station, but with the location of the former Tilburion apartment block included on the far west side. 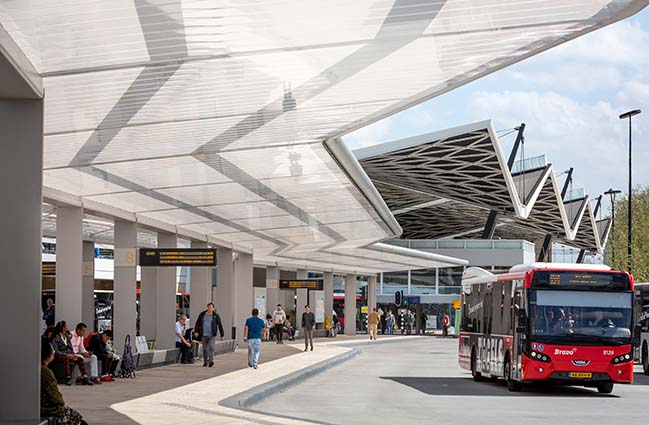 The basic setup consists of a series of very thin columns with an evenly minimalistic awning structure on top of them. The construction forms a triangular circuit with a length of over 160 meters and an open space in the centre. The bus positions are arranged around the outer side; six for boarding and one for deboarding. The awning circulation runs from 14 to 30 meters width in total and has two offsets in its contour. These are primarily functional and align with the urban context, but visually, they also resonate elegantly with the monumental roof structure of the train station. This also has an articulated structure and moreover seems to float, just like the bus station awning. The setoffs divide the overall structure into three segments. In the centre of every segment, there is green plantation surrounded by a sitting edge for the travellers. On the wide end of the circuit, the centre additionally contains a pavilion. This houses a staff canteen for the bus drivers, a public transport service point and a commercial space that has to find its function yet. An elevated terrace adjoins this commercial space. 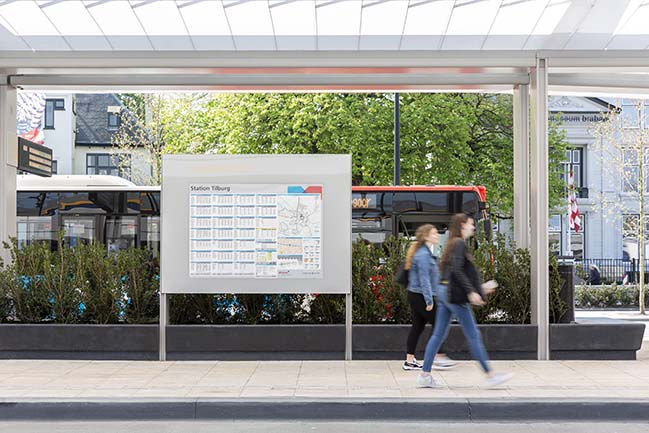 Awning with pv and etfe

The spacious awning all around fully covers the bus platforms and additionally part of the buses. Thus, travellers can always board and deboard sheltered and protected from rain. The structure consists of a steel framework covered with ETFE-foil. The lighting is fitted above this foil. During the day, the awning filters the sunlight, while during the dark hours, it becomes one large and spacious lighting element that strongly adds to the travellers’ feeling of safety. 250 m2 of solar panels lie atop of the awning. In strong daylight, these cast a shadow pattern on the ETFE that makes the travellers aware of their presence. The panels supply sufficient energy for all functionalities of the bus station, including the lighting of the awning, the digital information signs, the staff canteen and the public transport service point. The commercial space has its own energy circuit and energy meter. 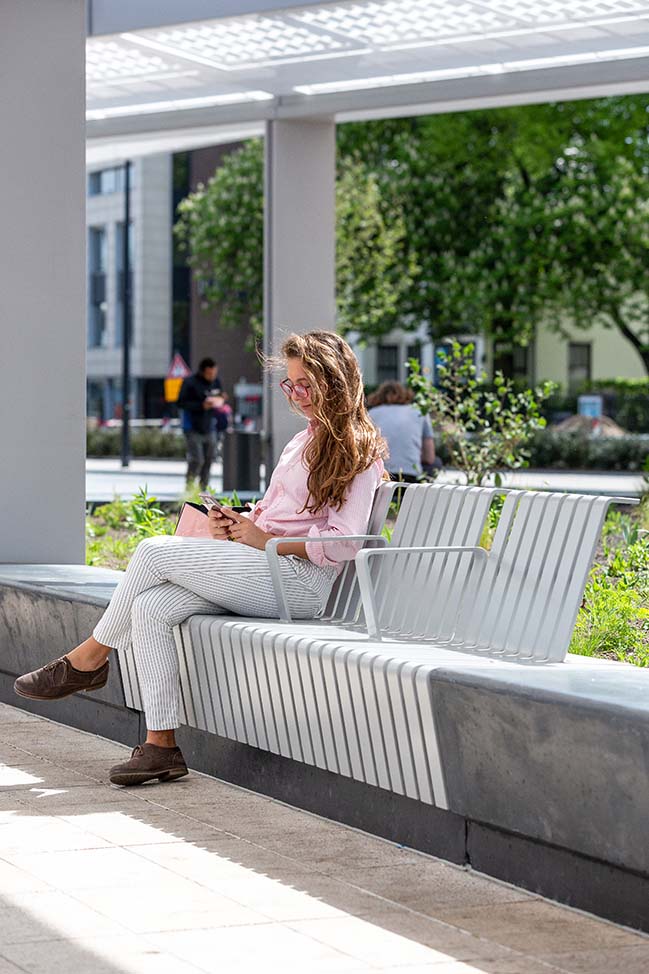 Based on considerations regarding aesthetics as well as comfort, functionality and the use of materials, a lot of attention was paid to a setup, materialization and detailing that is as elementary as possible. Cepezed conceived a clear and pure system for the bus station and engineered it meticulously. For example, the thin columns composed of steel plates and strips also contain water drainage and electric cabling. The S.O.S.-button and intercom are also integrated into one of the columns. The folded sheet steel that functions as the central load-bearing stability beam also functions as a gutter. The lighting of the terrace adjoining the pavilion is integrated into the beams spanning the awning structure at that point. The sitting edges of black pigmented concrete contain a number of seats executed in strip steel with integrated heating. The drainage holes in the load-bearing gutter are also used for fixation of the stretched ETFE-foil, while the digital information displays are invisibly fastened. The pavilion has a function in the overall stability of the awning. Also, movement sensors have been integrated into the steel edge of the awning every 14 meters. These respond to the presence of busses and people so that the lighting is sufficient in every situation while the use of energy is kept to a minimum. 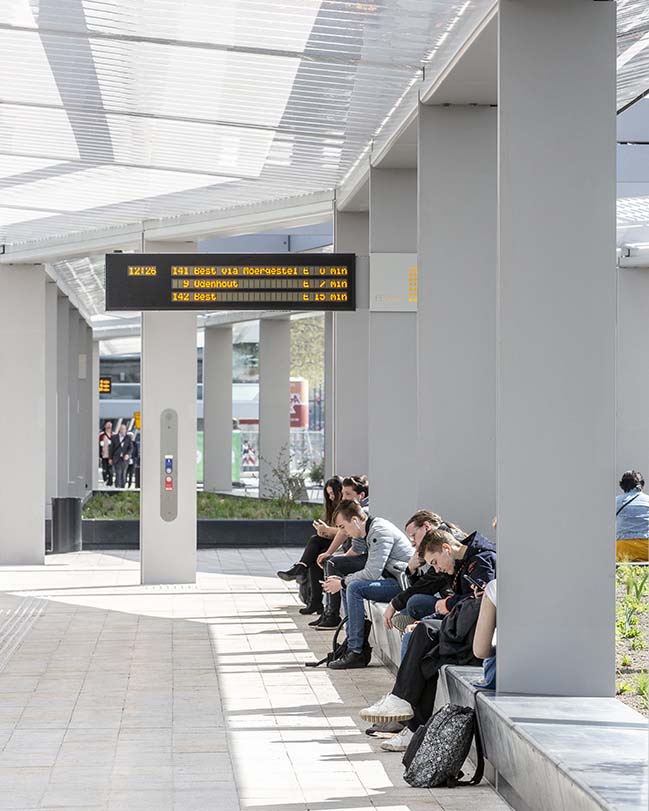 The bus station was also designed for inclusiveness. For example the elevated terrace can be reached by wheel chairs through a ramp and the hand rails between the terrace and the platforms have been provided with braille signing. The ETFE foil of the awning is self-cleaning and hardly needs any maintenance. For service on the solar panels and electrical equipment, the awning circulation is easily accessible via the pavilion and a walkable cable gutter. The overall unornamented design with a minimum of edges and corners reduces the costs for cleaning. Additionally, for the future the bus station is already prepared for the placement of extra electrical equipment that can quickly charge electrical busses. 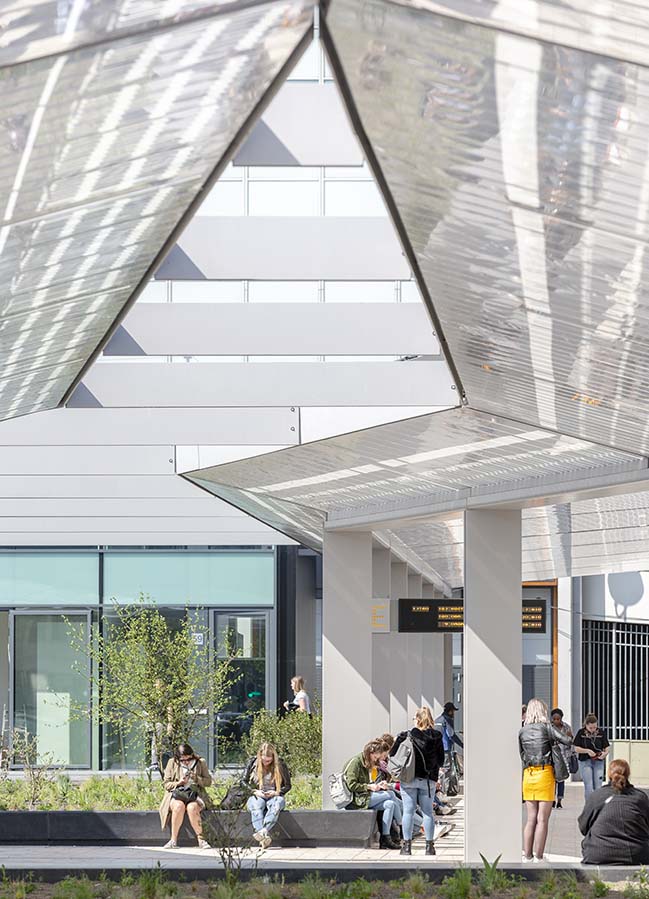 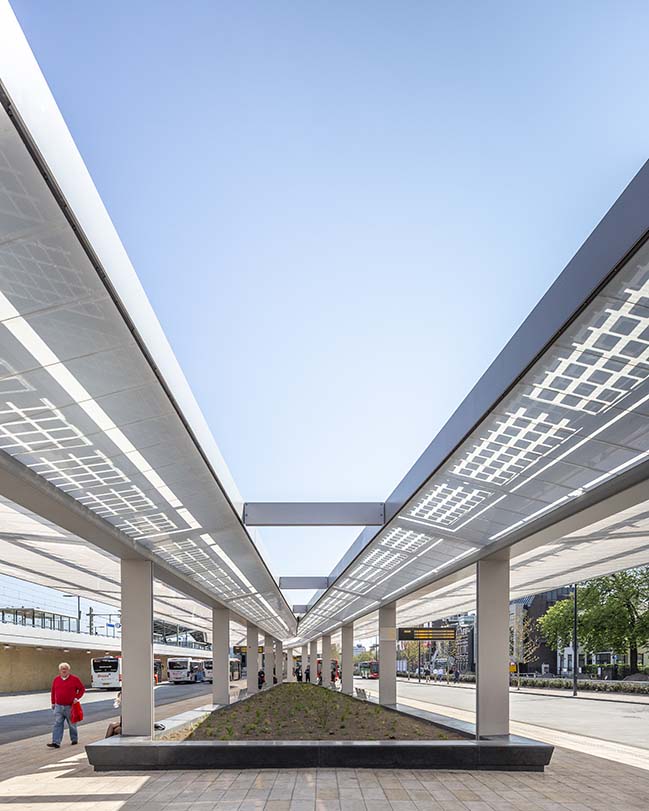 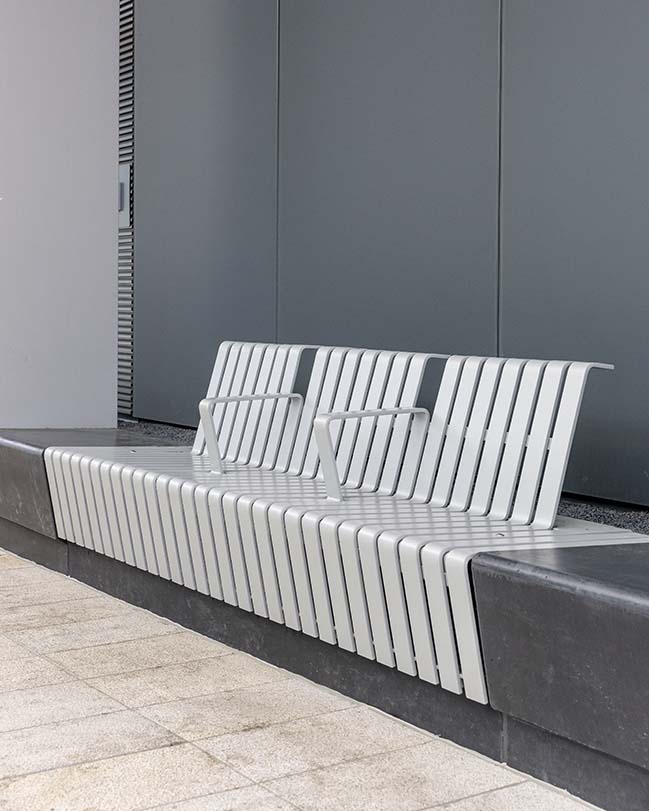 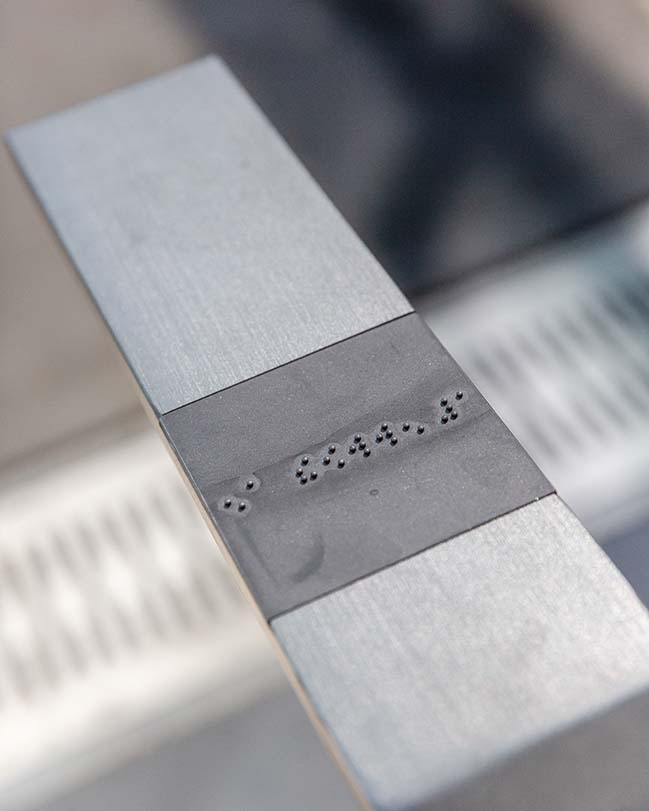 YOU MAY ALSO LIKE: Palafolls Bus Stop by MIAS Architects 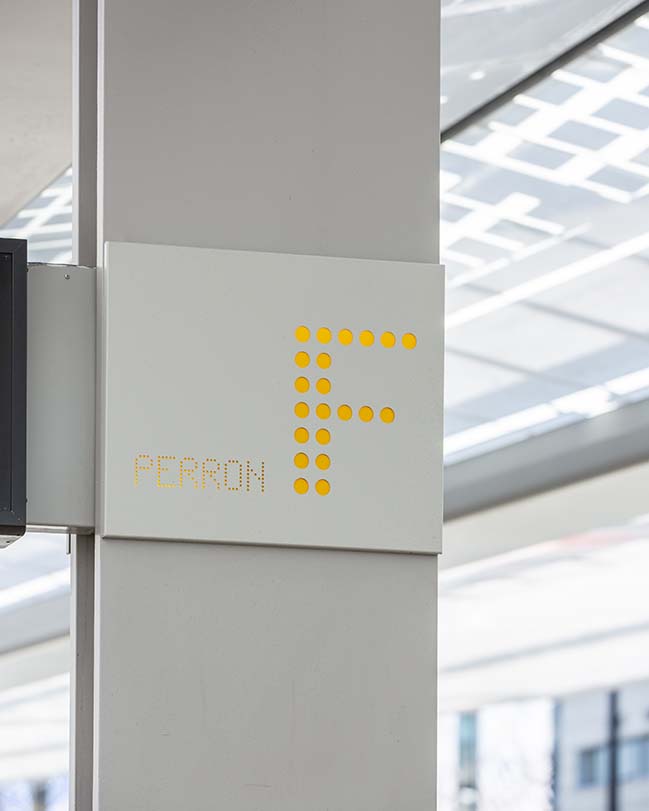 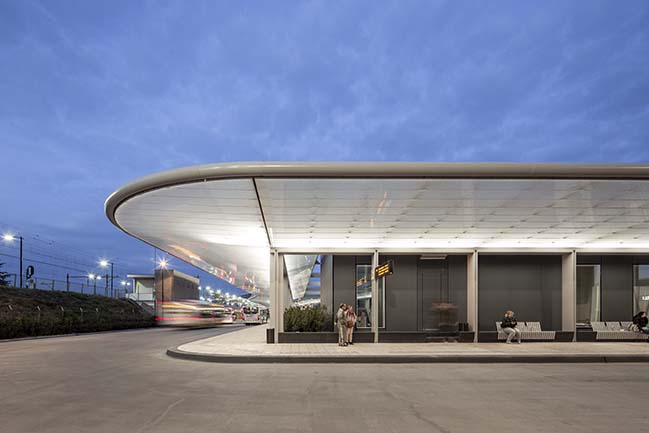 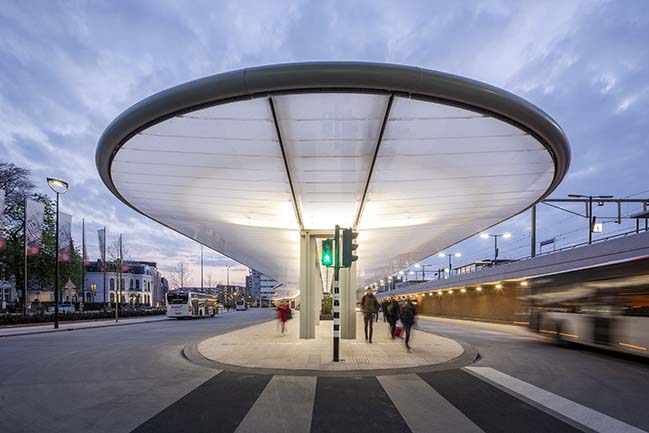 YOU MAY ALSO LIKE: Graafschap College in Doetinchem by cepezed 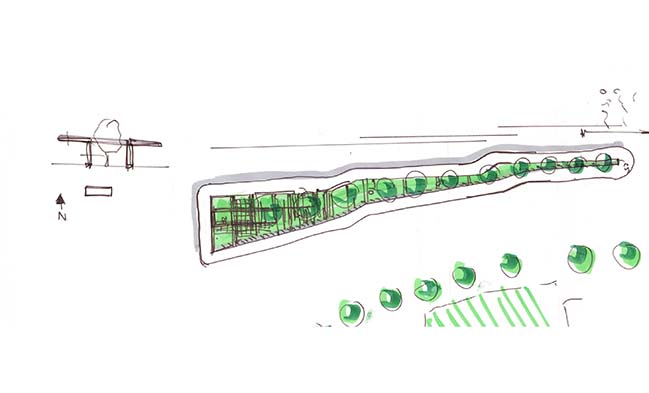 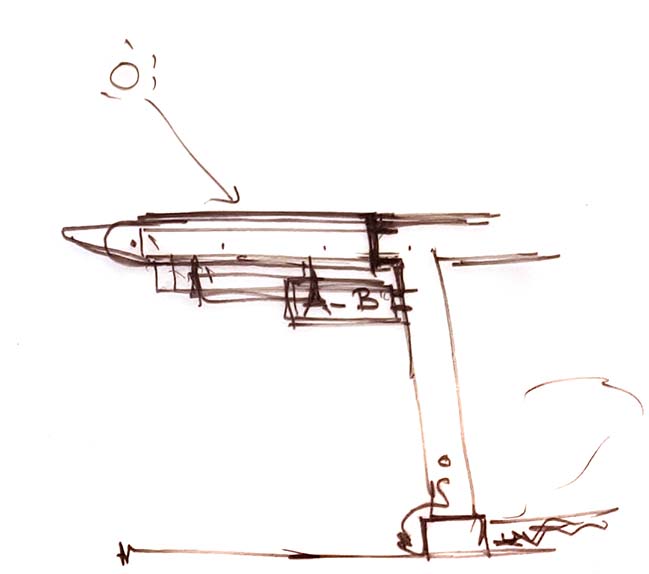 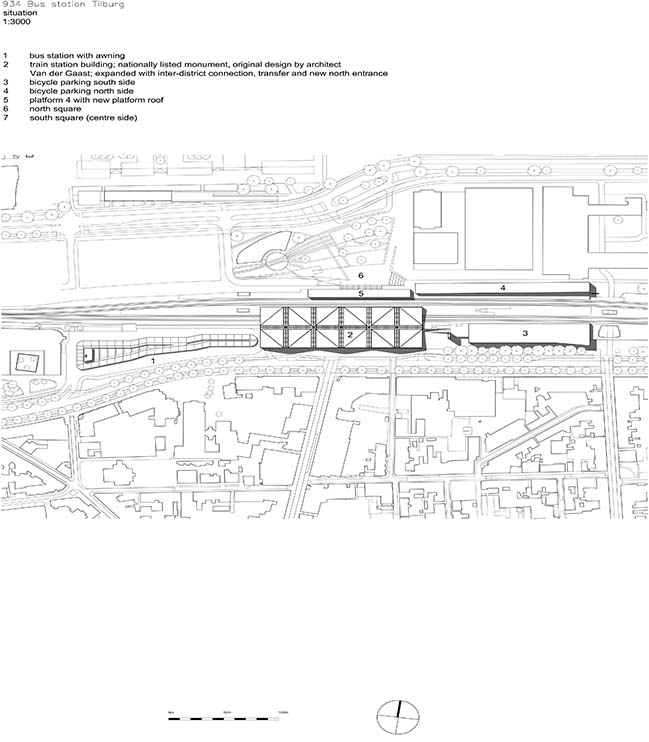 05 / 01 / 2019 Recently, the new bus station in Tilburg was taken into use. Just like the renovation of the train station and the new bicycle parkings in the railway zone...