The Luca Poian Forms has unveiled a new design for a landmark bamboo structure that was conceived as the new centrepiece of the Building Trust’s International Bamboo Festival in Cambodia. 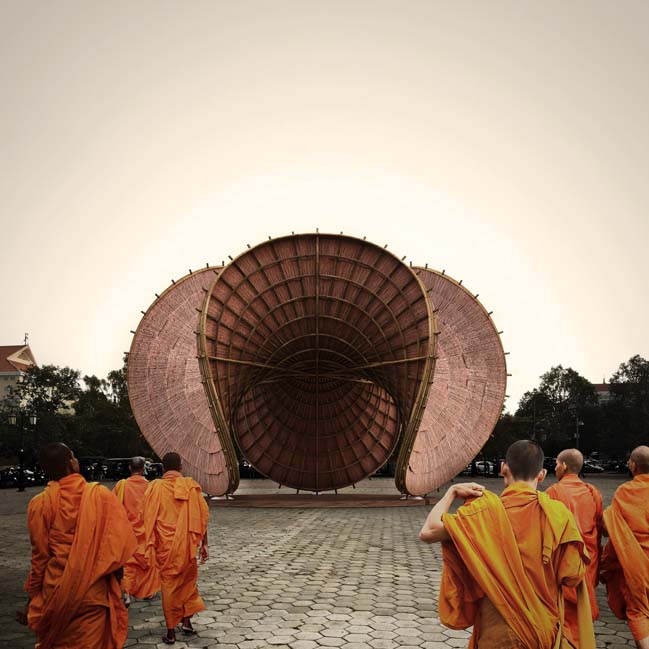 Follow the architects: Sited at the heart of Freedom Park in central Phnom Penh, our proposal utilizes mathematical concepts to express the tectonic qualities of bamboo grid-shell structures. Inspired by Frei Otto’s soap film experiments with minimal surfaces as well as Felix Candela’s works with complementary hypar shell structures, our design explores innovative uses of bamboo by understanding its mechanical and structural properties, and modulating the material to conform to the geometry of an Enneper minimal surface to produce a self-supported structural system.

Known for its characteristic tensile strength, bamboo is a building material that lends itself excellently to the construction of sustainable grid-shell structures. Celebrating the material’s qualities, our proposal derives a grid-shell pattern from the trajectory of the structure’s principal stresses under gravity, effectively eliminating shear forces and maximising the pavilion’s overall stiffness. The result is highly sculptural, structurally coherent, and spatially expressive: a structure that is timeless in its architectural language and innovative in its structural and tectonic approach. 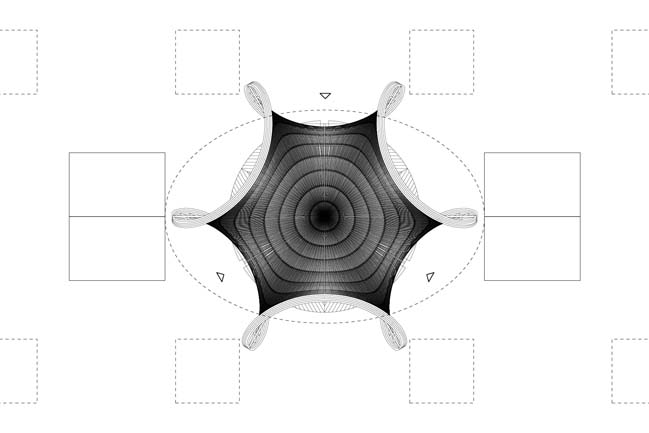 A split bamboo roofing wraps around the exterior of the pavilion, protecting it from the elements whilst giving it a rich textural appearance reminiscent of the vernacular architecture of Cambodia’s rural landscapes. As a result, the structure maintains a highly contextual character whilst employing cutting-edge digital tools to optimize both aesthetics and structural efficiency. This will serve as an elegant example of how traditional materials and low-tech joinery techniques can be used to produce expressive structures accessible to less affluent communities in areas with limited construction resources. 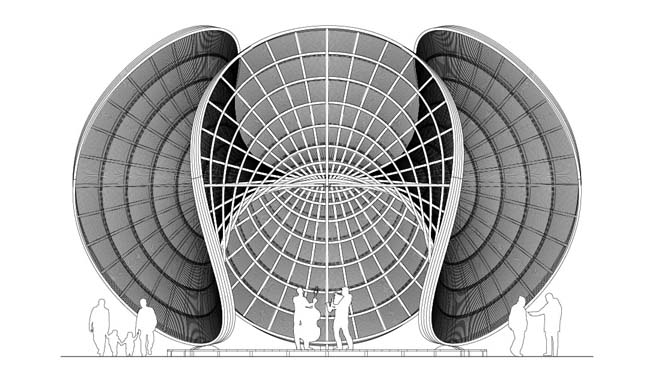 As an architectural object, our proposal is infused with multiple references to Cambodian iconography and arts and crafts tradition. The bent bamboo grid-shell structure and the textured surface of the split bamboo roofing are reminiscent of traditional weaving traditions, whilst the undulating arches produced by the Enneper surface echo the radiating arms of Prajnaparamita, as depicted in ancient Khmer period iconography. 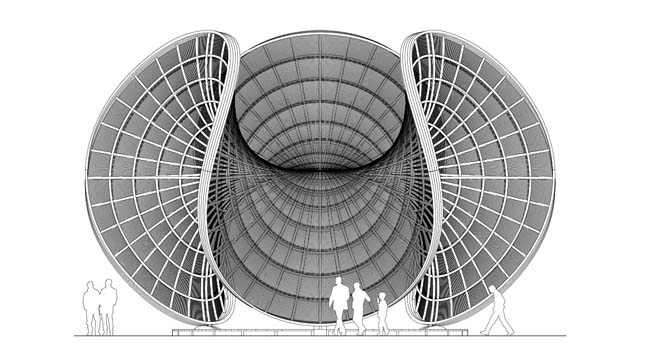 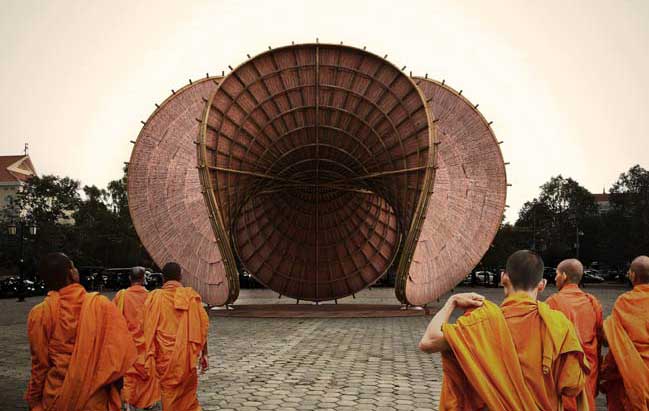