small house, house renovation, architecture in us, houses in usa

A renovation of a 1950's era home into a gathering space for family and friends. The existing home was a small square on a large lot. While the original house was small, the property had a lot of potential for an addition as well as a large garden. Over the years, the garden flourished and the owners decided to build an addition to provide more space for thier growing family and create a courtyard that backed up to the garden. 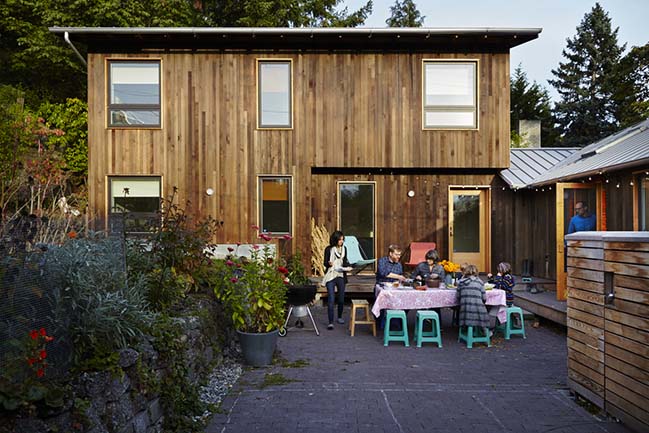 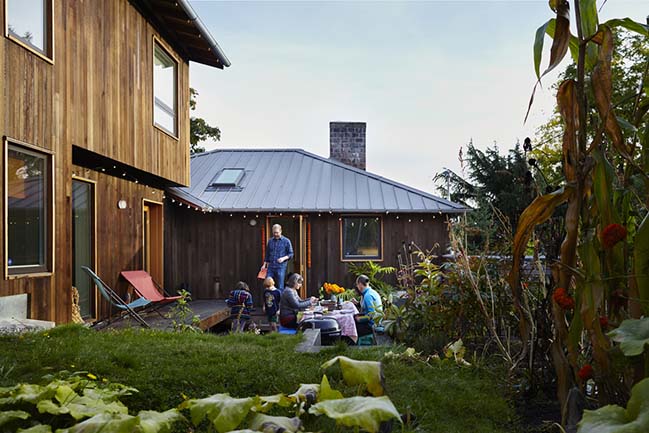 From the architect: The addition created a new brick courtyard embraced by the low entry decks on one side and the abundant foliage of the garden on the other. The new wing, which houses bedrooms and bathrooms, allowed the existing spaces to be opened to create a large central gathering area filled with light from new skylights. The whole house was wrapped in vertical cedar to tie everything together and bring a sense of warmth to the project. 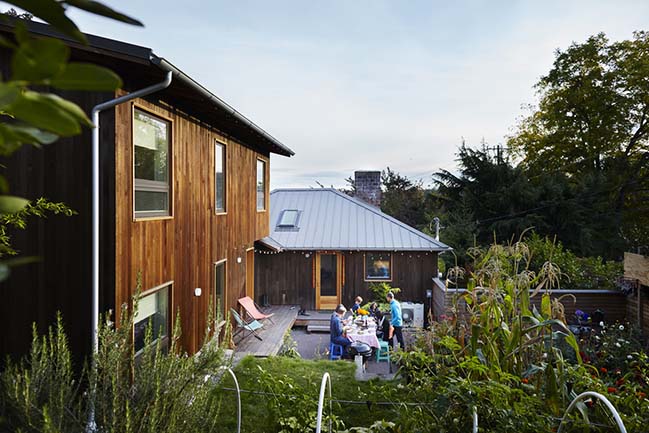 All of the interior casework (and much of the furniture) was built by the owners who also happen to own a handmade custom furniture company, 16th workshop. The simple forms and expressed materials are highlighted by the abundant natural light that flood the space through the new skylights. 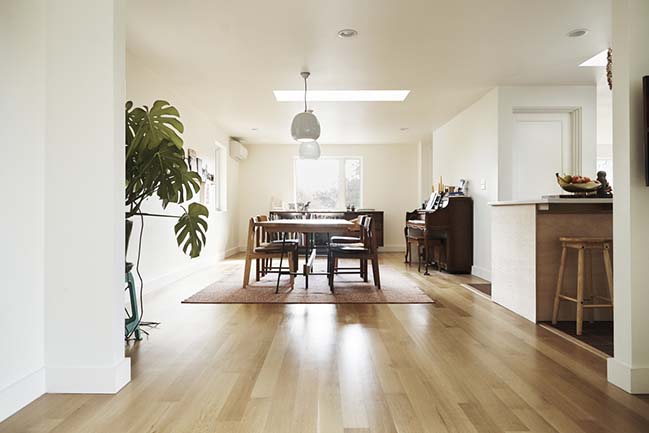 The addition was designed to promote passive cooling while both the old and new parts of the house received exterior insulation under the local cedar rain screen. With the belief that the most sustainable building strategy is to build well, the same care was put into the construction of the house as the owners put into thier furniture. 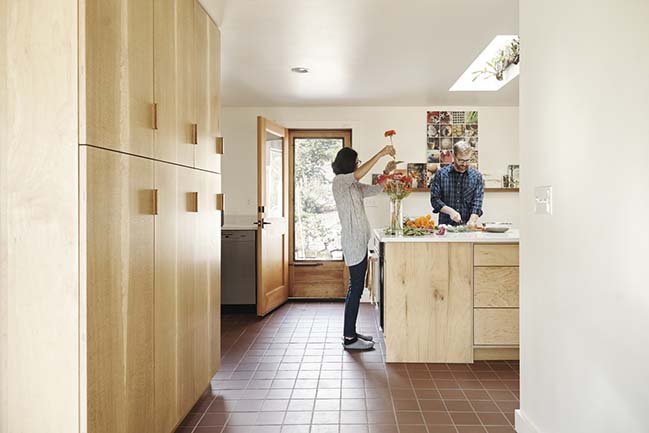 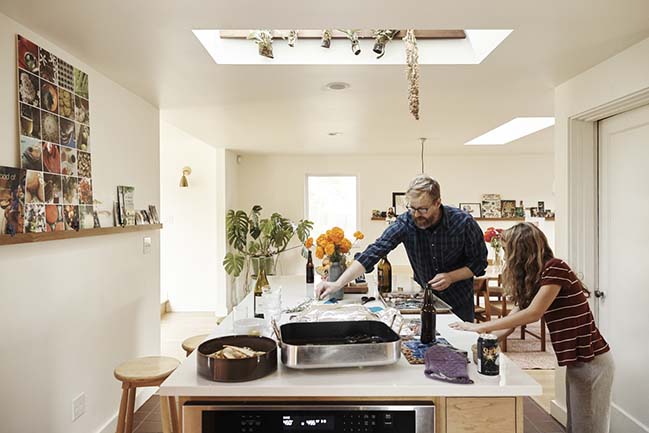 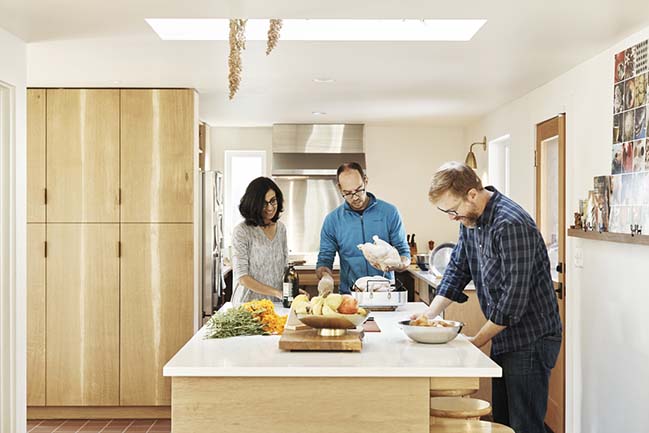 YOU MAY ALSO LIKE: Cycle House in Seattle by chadbourne + doss architects 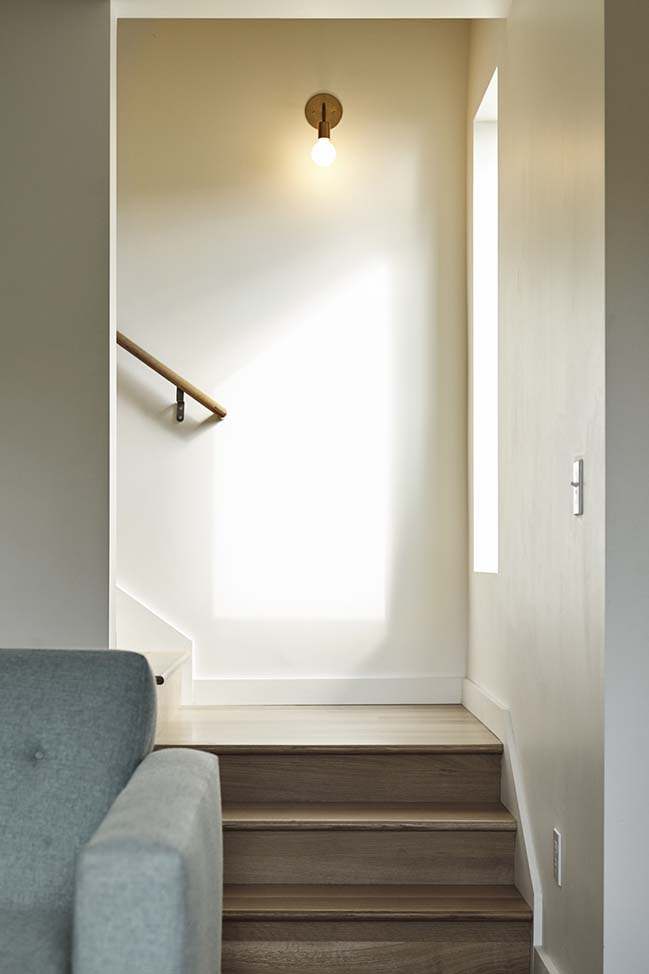 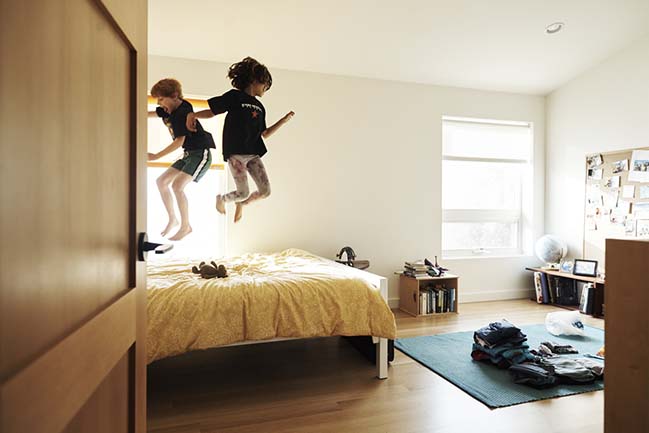 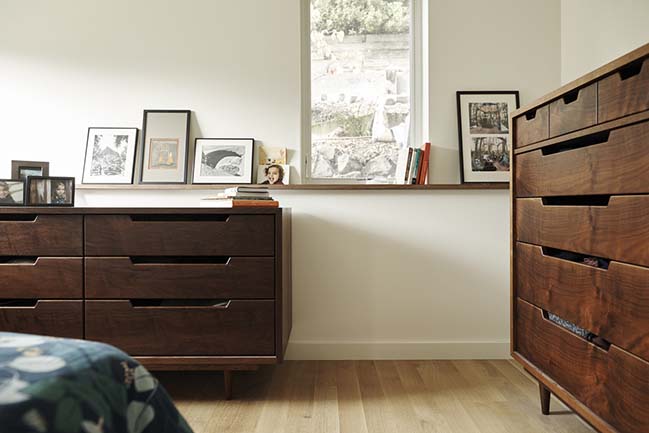 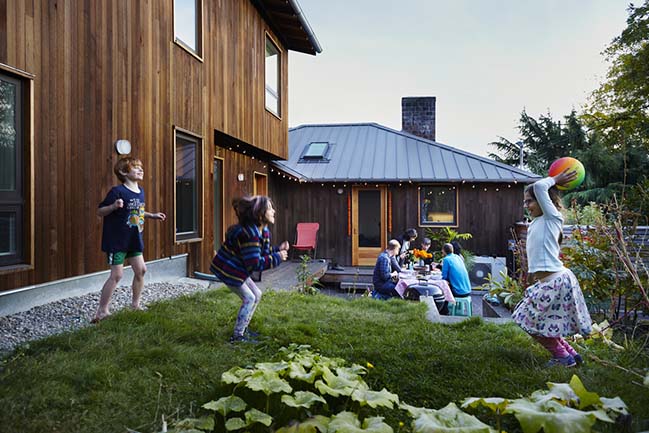 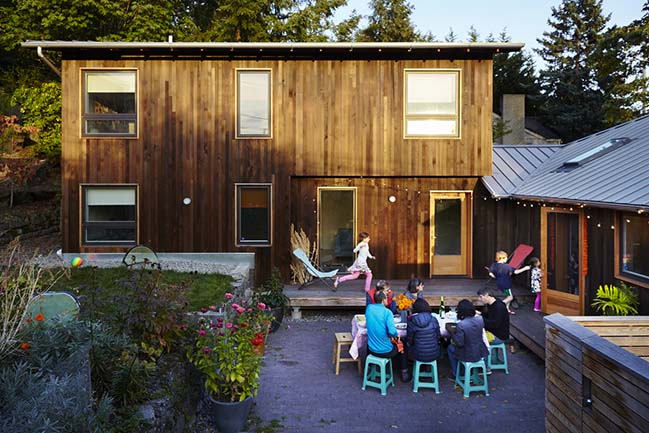 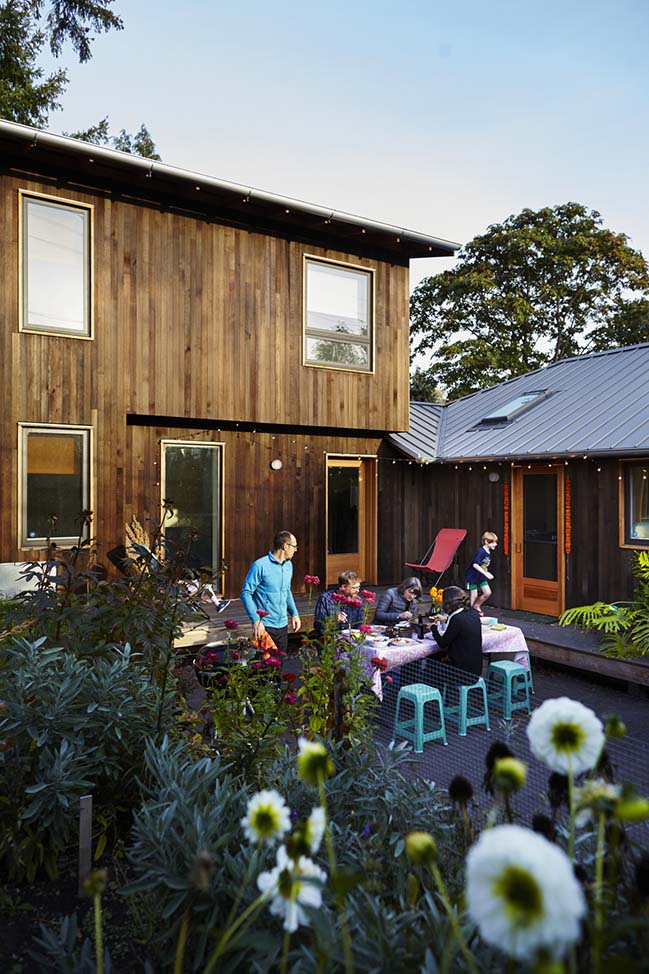 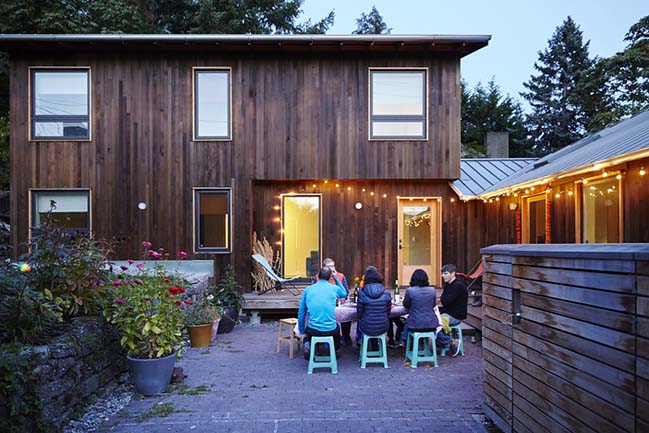 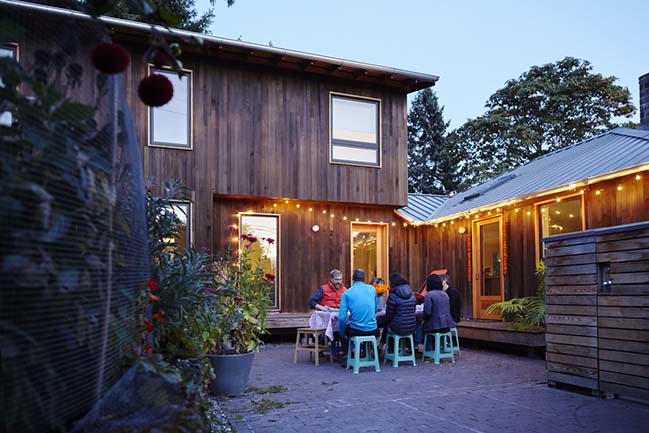 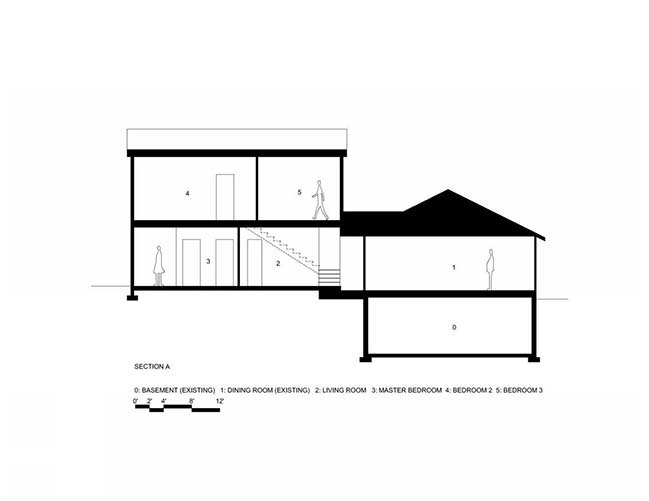 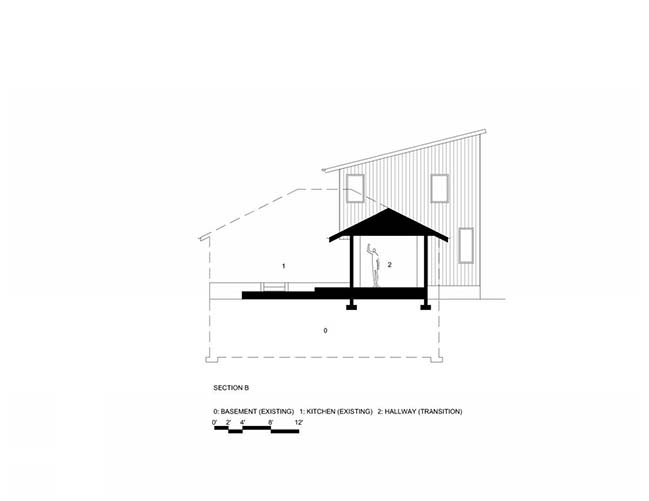 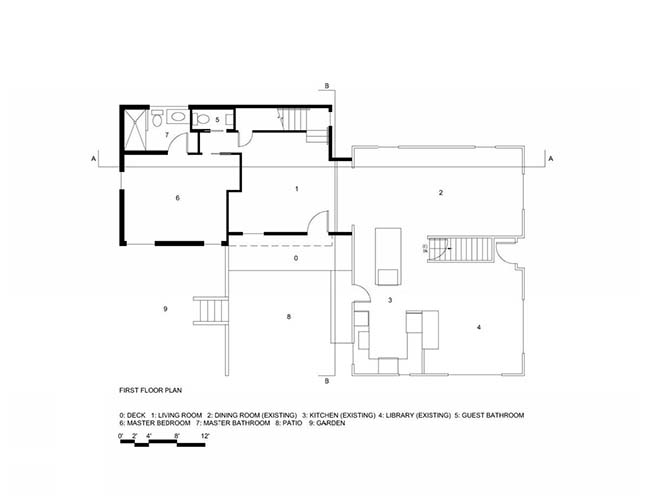 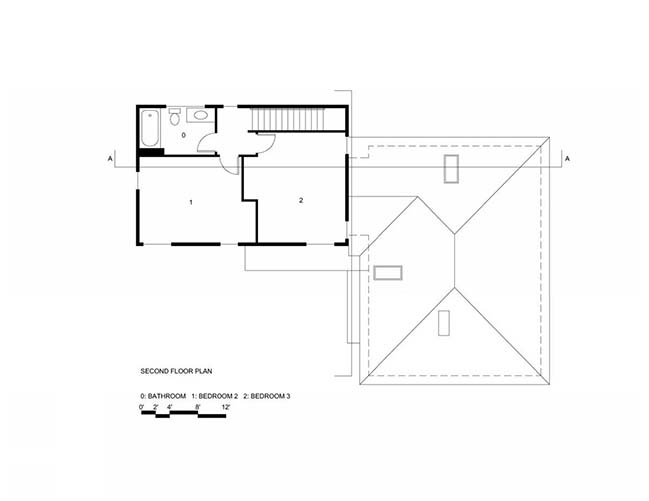 05 / 09 / 2019 A renovation of a 1950's era home into a gathering space for family and friends. The existing home was a small square on a large lot. While the original house was small