The Milanese architecture studio Vudafieri-Saverino Partners has been awarded with the "Special Prize Interior 2019" in the "Magazins Europe" category, with the Delvaux Flagship store in Brussels. A nineteenth-century dwelling reinterpreted in a space halfway between boutique and art gallery, revolutionizing the concept of luxury retailing. 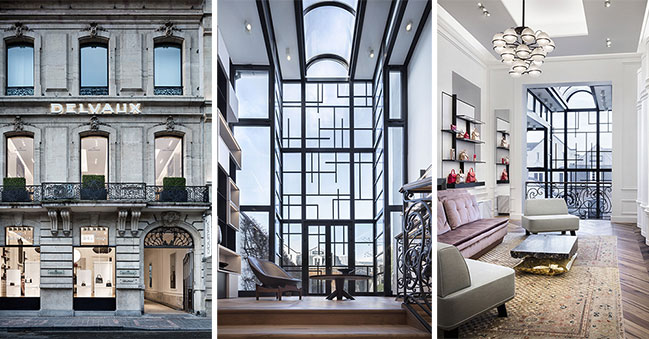 Every year, since 2015, the celebrated Prix Versailles has rewarded the best examples of architecture for commercial spaces, hotels and restaurants worldwide, with the aim of fostering better interaction between creativity, economy and culture. The winner of the "Special Prize Interior 2019" in the "Magazins Europe" category is "Le 27", the flagship store in Brussels designed by Vudafieri-Saverino Partners for the Belgian Maison Delvaux, the oldest luxury leather goods house in the world, founded in 1829. 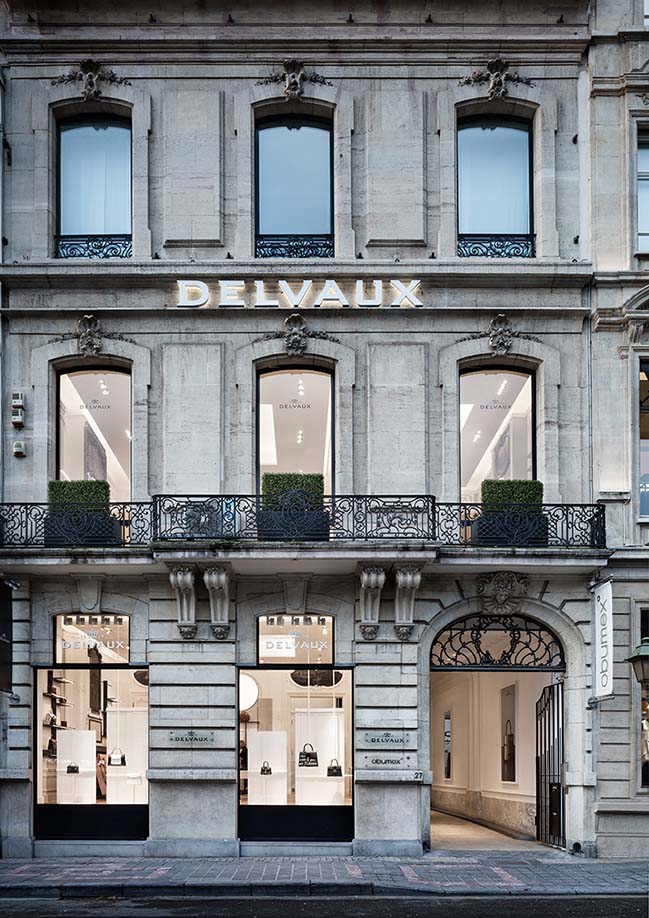 The awaited award ceremony took place at the Unesco headquarters in Paris on 12 September. The prize was awarded by a jury of eight people made up of world-famous designers - such as Philippe Starck, Kazuyo Sejima, David Adjaye, Thomas Vonier - and personalities from the world of culture and lifestyle, such as Francesco Bandarin, Assistant Director General for Culture at UNESCO, the chef Ferran Adrià, the conductor Alondra de la Parra and the fashion designer Iris van Herpen. 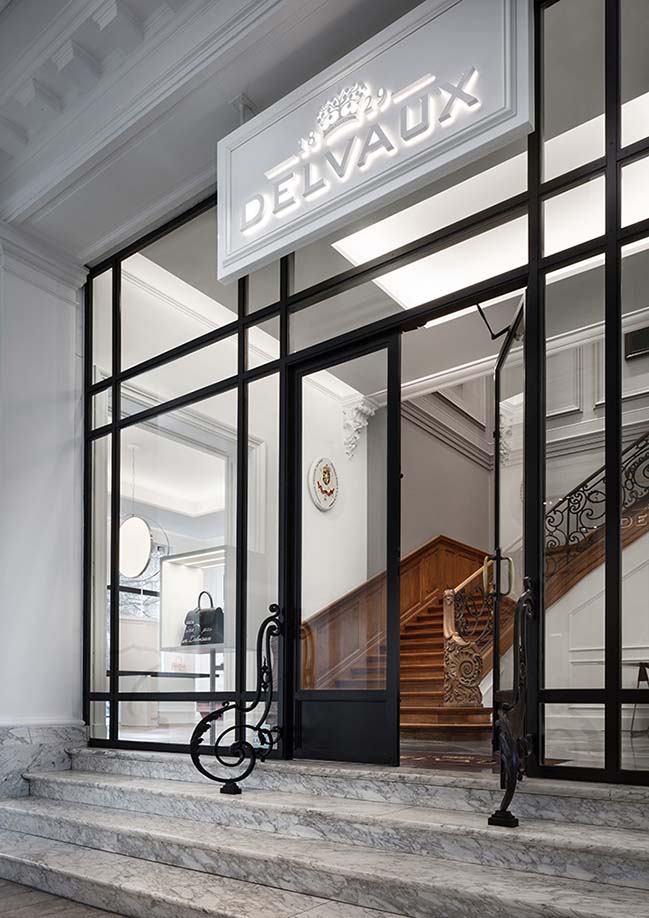 It was the project’s uniqueness that won over the jury: housed in a splendid villa on Boulevard de Waterloo, "Le 27" combines the savoir-faire of Delvaux collections with the beauty of the greatest pieces of Belgian design, paintings and ceramics, transforming the boutique into a constantly evolving museum. A place of encounter, dialogue and discovery, open to visitors, ideal for wandering around with its historical, and eclectic furnishings destined to change as new pieces are acquired. 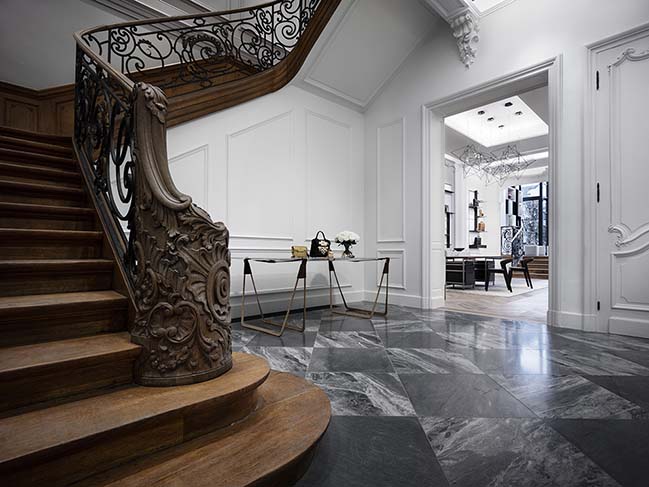 “We are pleased and proud to receive this award. Since 2012 our studio has been designing Delvaux stores around the world, using the language of interior decoration to narrate the brand in a way that fluctuates according to the characteristics and culture of each city. A philosophy that reaches its culmination with "Le 27": together with Jean Marc Loubier, Chairman and CEO of Delvaux, we created a place deliberately original and unique, where the philosophy and heritage of the Maison find their ultimate expression", said architects Tiziano Vudafieri and Claudio Saverino. 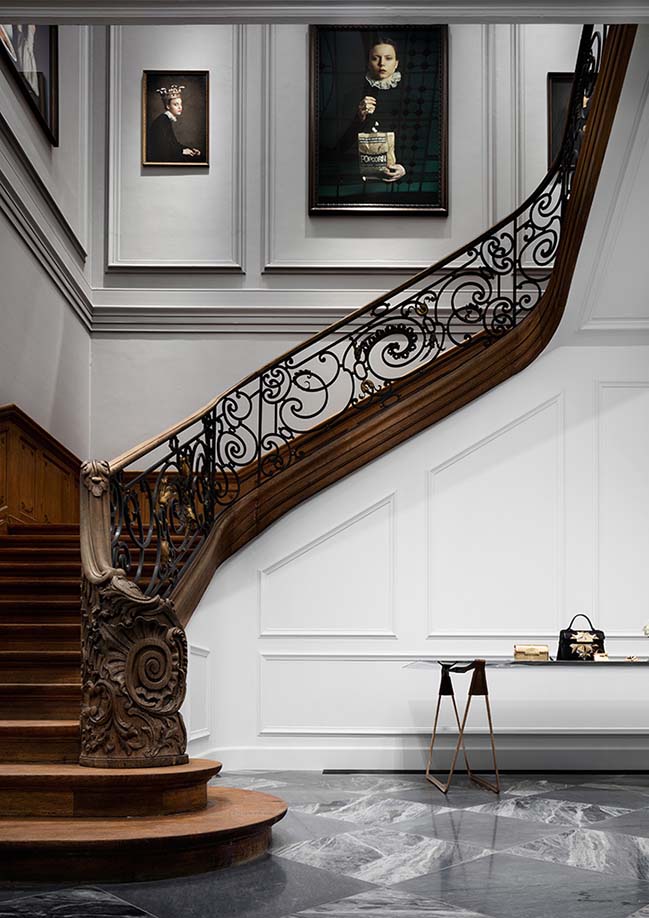 The space - once a magnificent private villa - has preserved its original structure, with the walls embellished by nineteenth-century mirrors and frescoes. Vudafieri-Saverino Partners has preserved these historical spaces, reinterpreting the interiors in an avant-garde language, rich in learned and refined references. The rooms are a contemporary interpretation and celebration of the early period of modern design that was so important in Belgian 20th century culture. Examples are the wall displays, conceived as abstract paintings, whose design is a to Mondrian's De Stijl artistic movement. 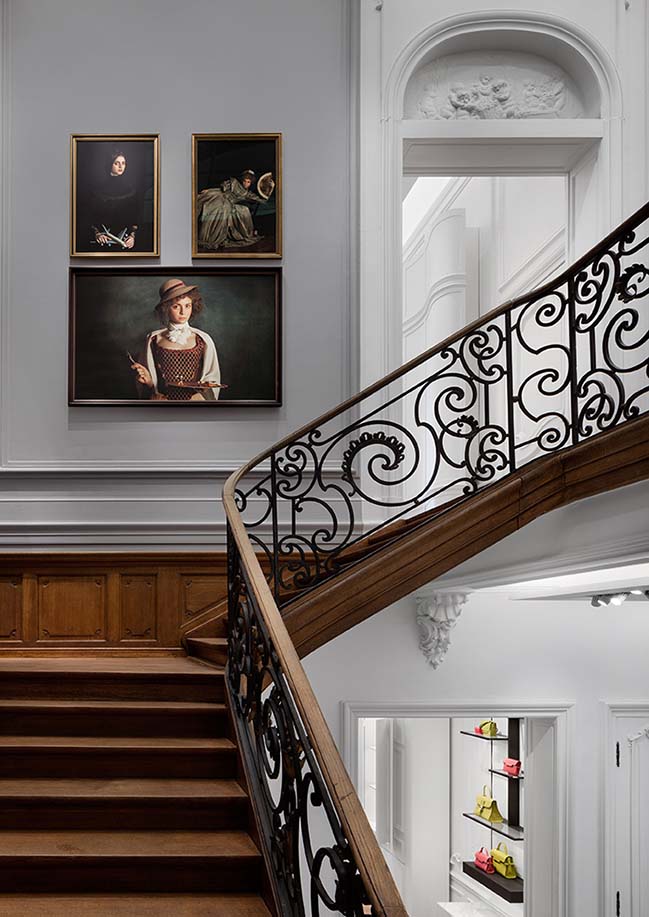 The furnishings are enriched by unique pieces created by the Masters of the Belgian design: Jules Wabbes, Pieter de Bruyne, Renaat Braem, Emiel Verannema. There is also room for works of contemporary Belgian designers (Nathalie Dewez, Alain Berteau and Ben Storms) and international personalities, such as the Italian Gino Sarfatti. Leads to the first floor a series of photographs, by the Argentine artist Romina Ressia, in which post-neo-Flemish portraits are combined with daily and kitsch artifacts. A collection of twentieth-century Belgian ceramics appears here and there on a wall, embodying the fantastic, endless creativity of local artists. 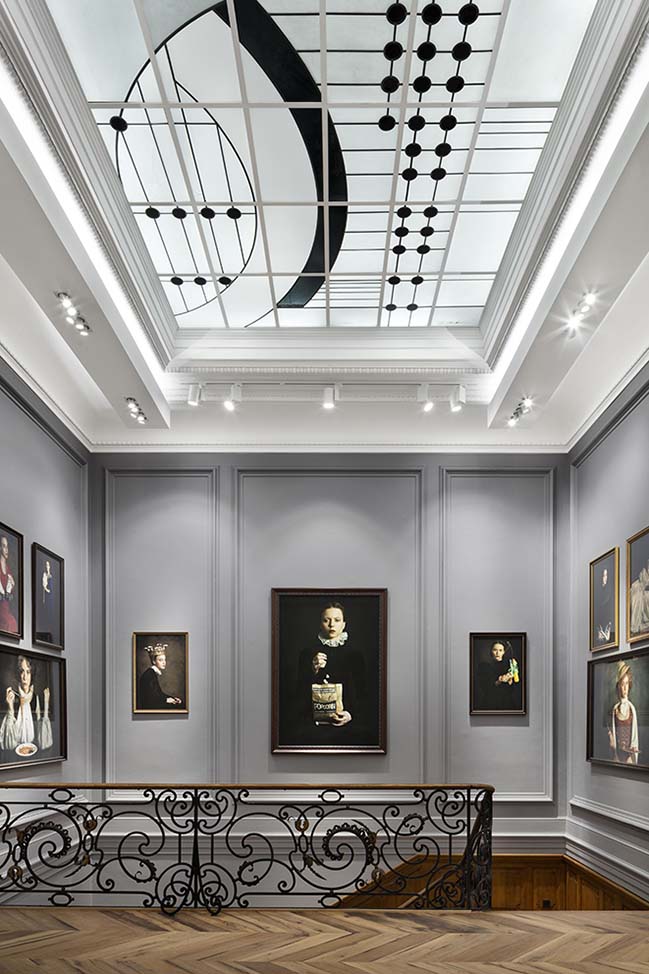 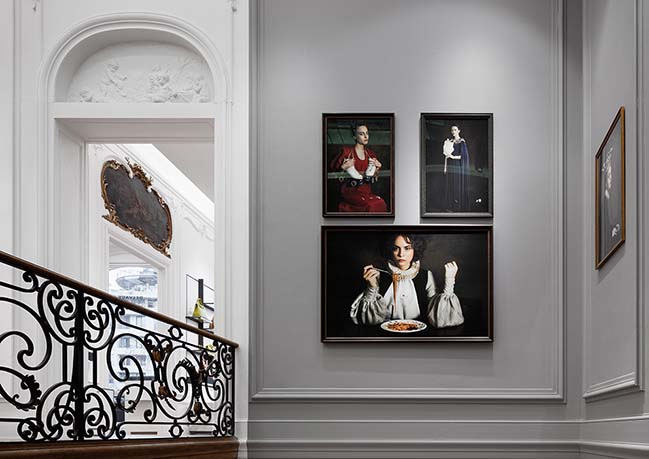 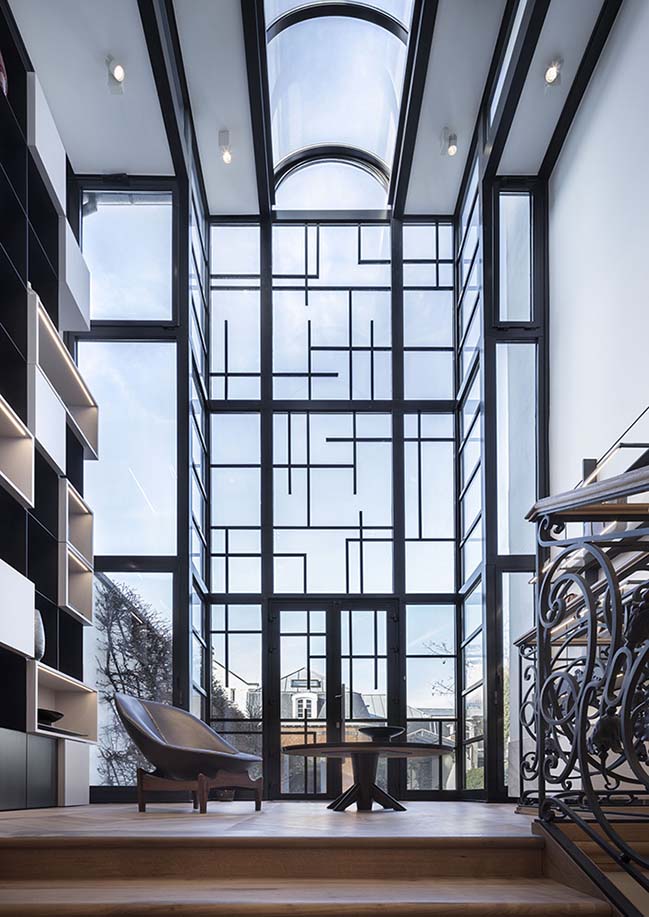 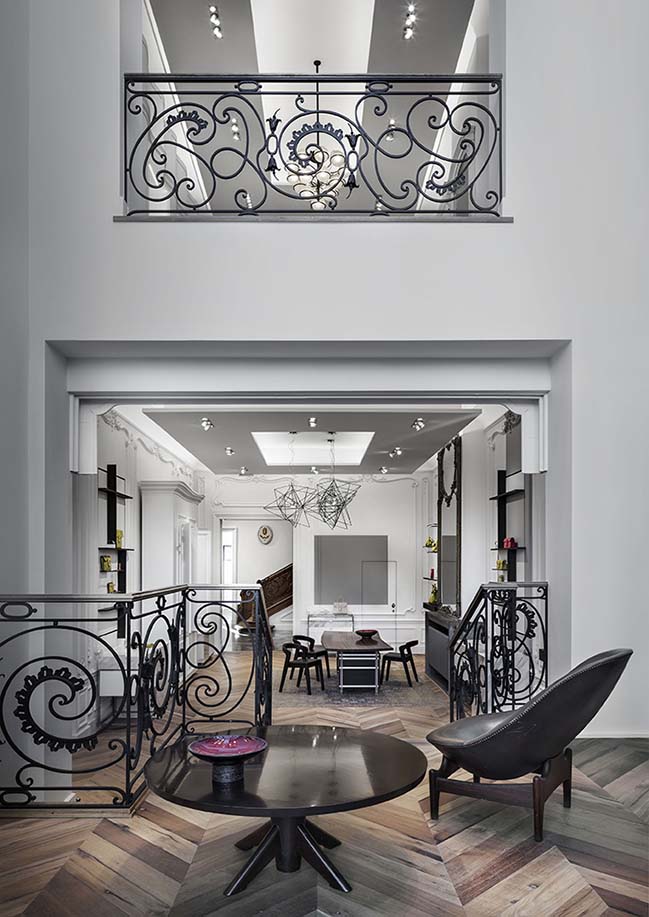 YOU MAY ALSO LIKE: Delvaux in Rome by Studio Vudafieri-Saverino Partners 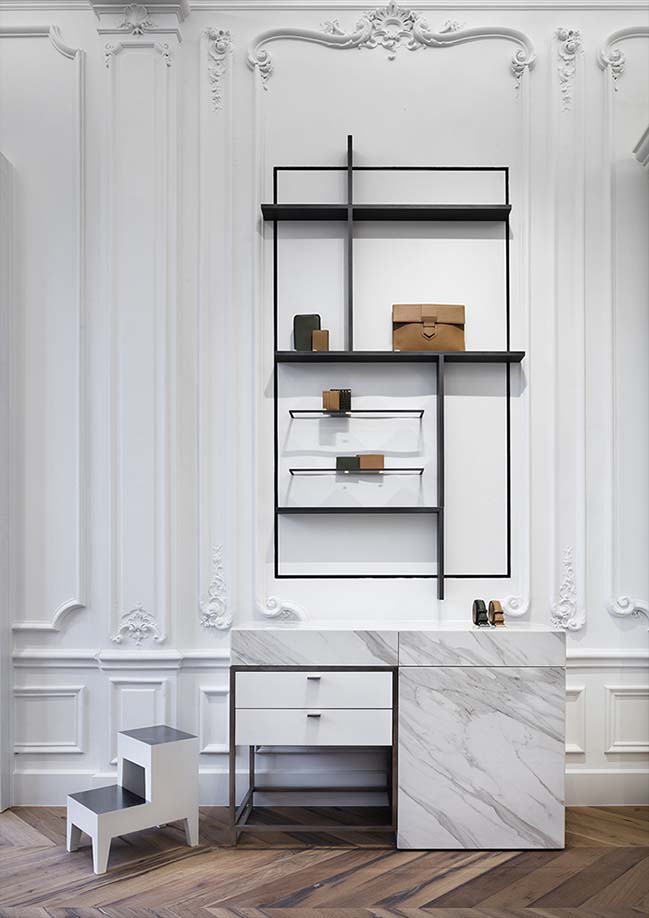 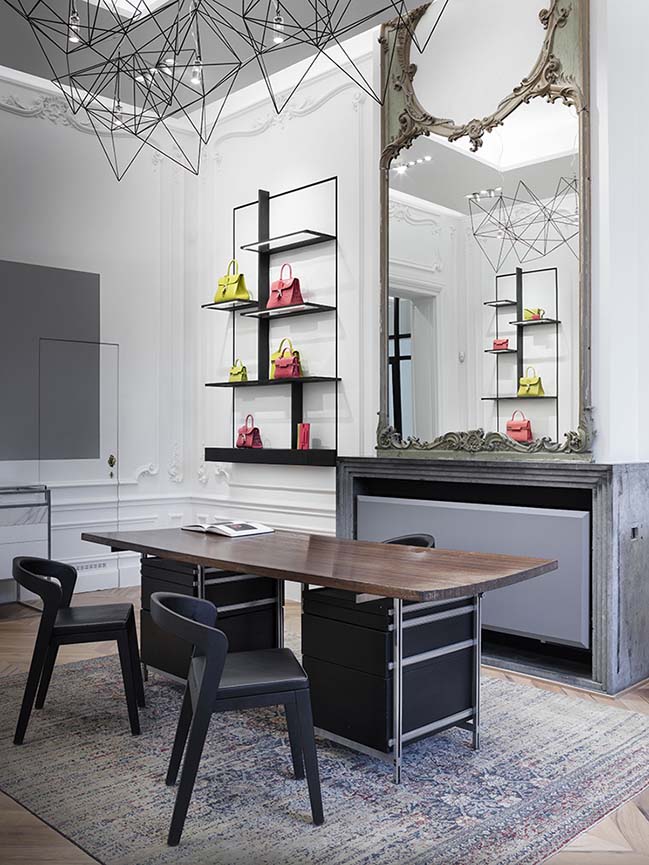 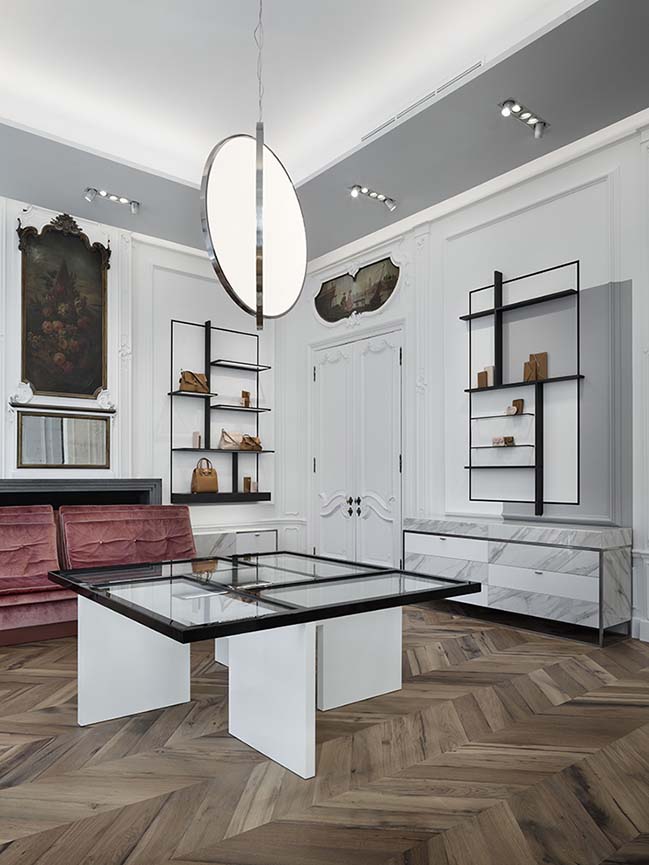 YOU MAY ALSO LIKE: The new London Boutique of Delvaux by Vudafieri-Saverino Partners 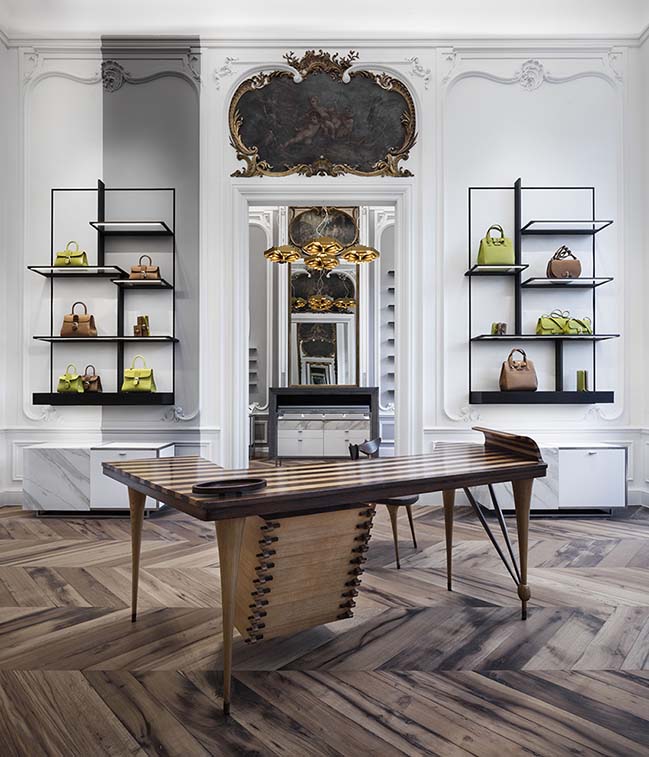 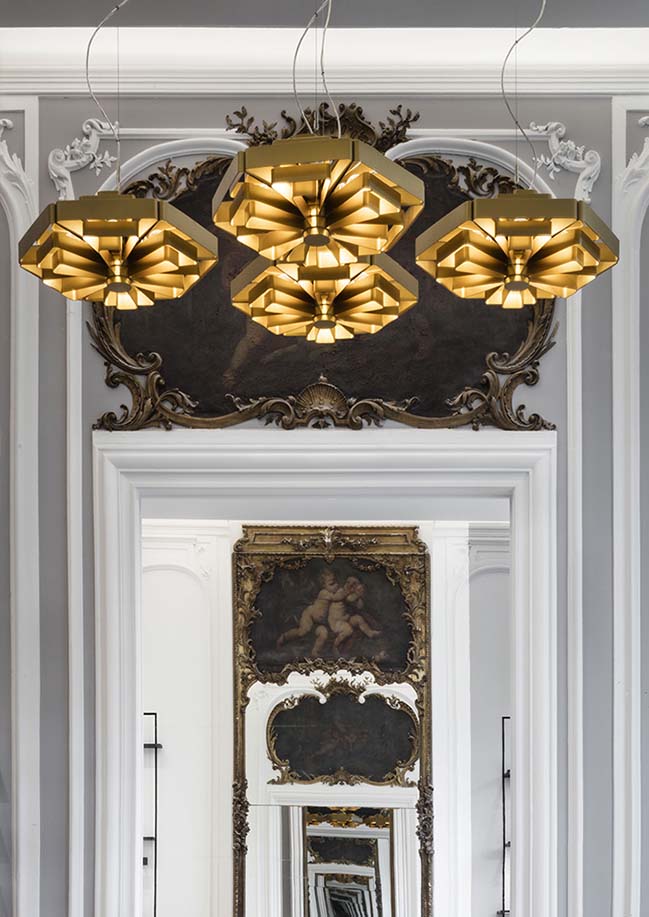 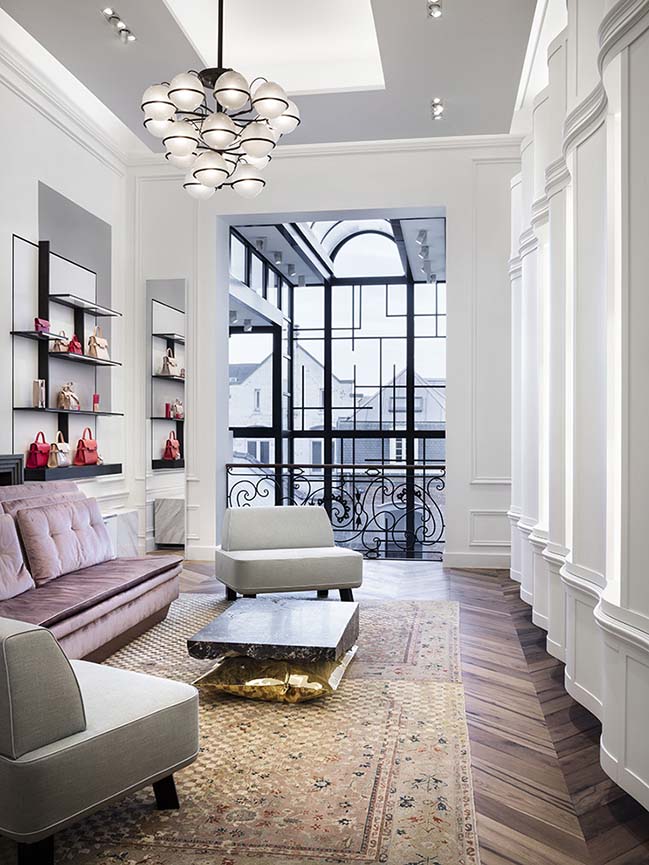 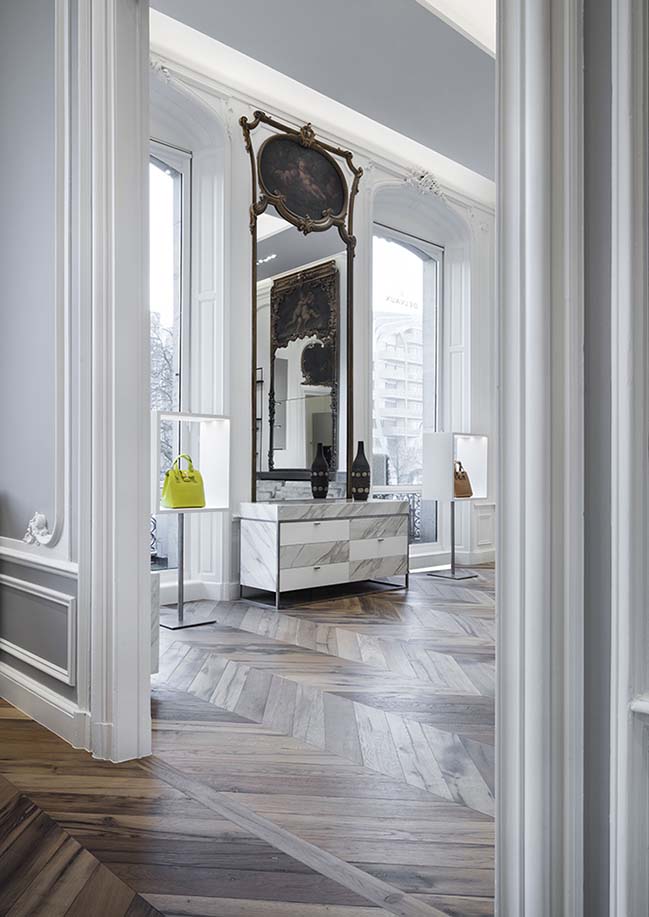 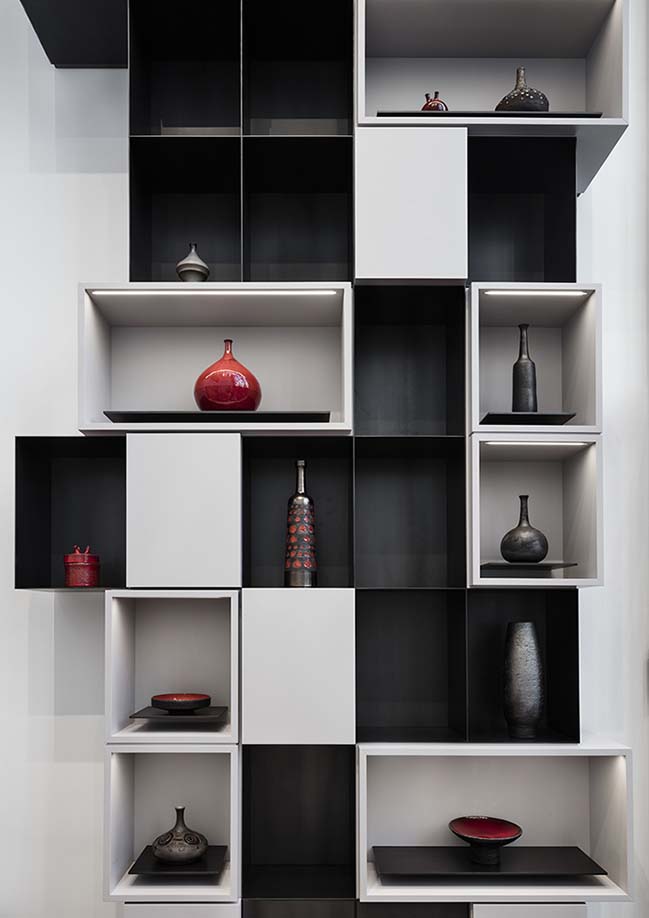 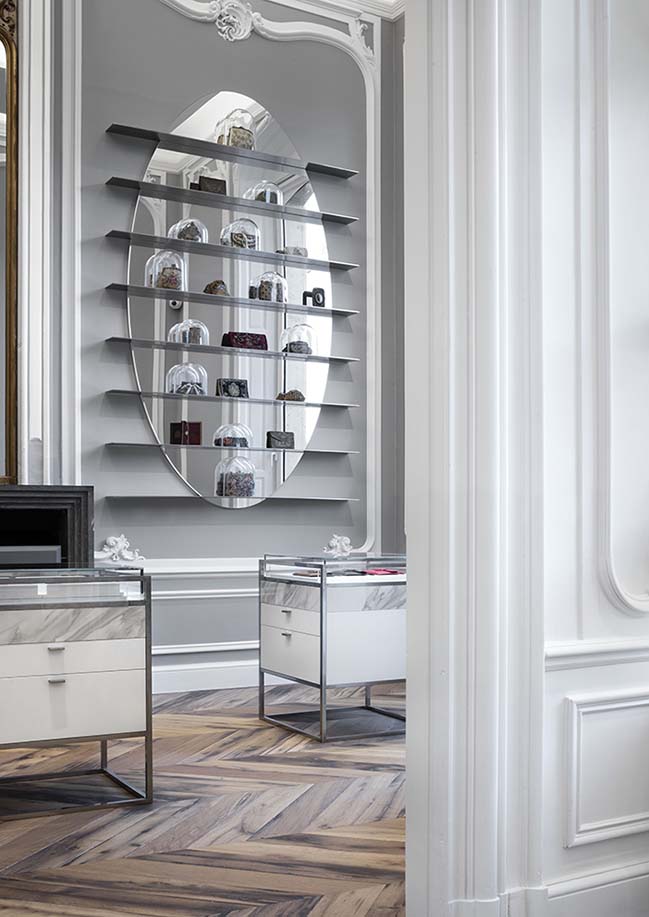 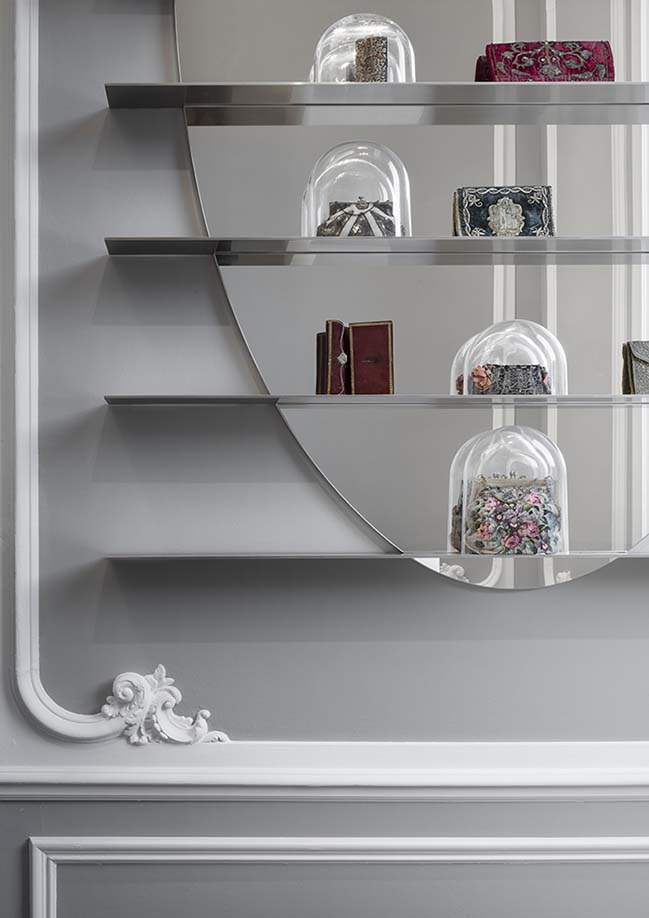 09 / 25 / 2019 The Vudafieri-Saverino Partners has been awarded with the Special Prize Interior 2019 in the Magazins Europe category, with the Delvaux Flagship store in Brussels...