Portico Palmeto is a multifunctional building that arises within what was the Palmetum (collection of palm trees) of iconic "Vivero Cholul", a green lung of 2.5 hectares extension and several years old, located in Cholul´s heart; a Mayan-colonial origin community belonging to the municipality of Merida, southeast of Mexico. 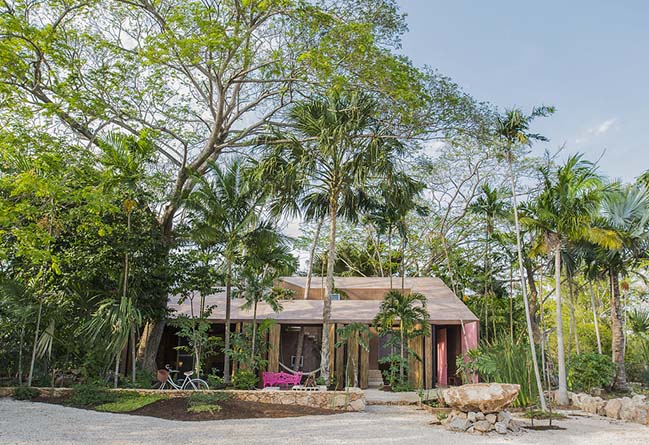 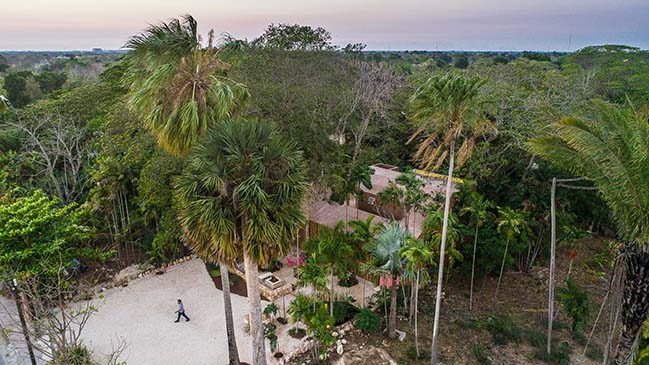 From the architect: The general objective was to develop a way of living in contact with a natural and social consolidated environment, at the same time of being a functional, versatile and inspiring building for the activities that would be developed in it. 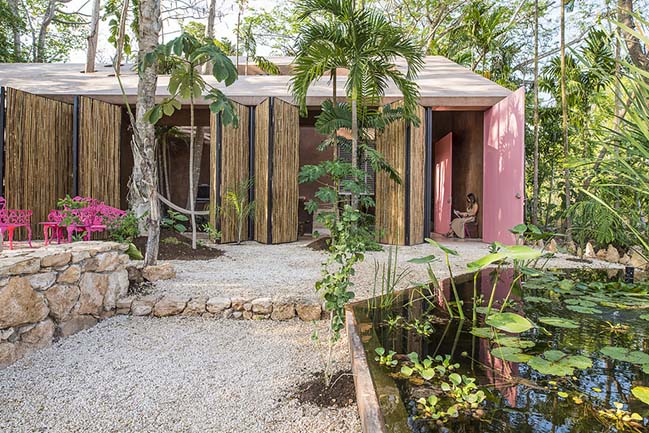 The main activity that takes place in the complex is that of architecture workshop / studio"; However, the spaces were designed away from a stereotype related to a traditional work space and focused on making the experience of working in it more welcoming and domestic, due to the awareness of being a place where people spend much of their day time. For the visitors, the objective was to establish a sensorial connection with architectural-constructive values promoted by the workshop. Socio-cultural activities are carried out as a secondary activity. 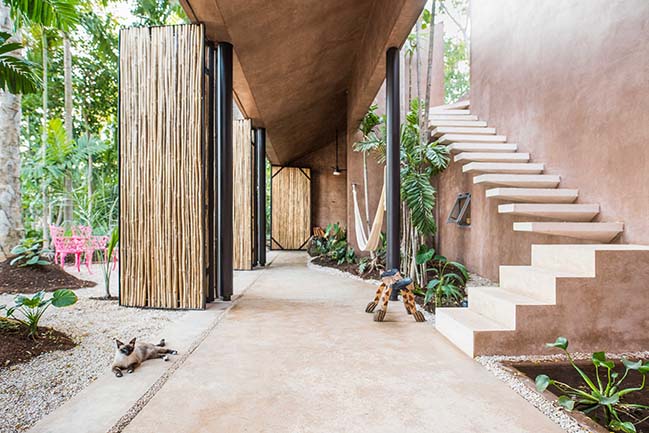 The program consists of a permeable multifunctional esplanade, a "garden / pedestrian path" as part of the master plan, a programmed portico with terraces and relaxation areas that also orders acces public and private areas, a "living room / meetings room", a kitchenette, a full bathroom, a storage room, a work area, a central patio and an open roof terrace with two half bathrooms and a machine room. 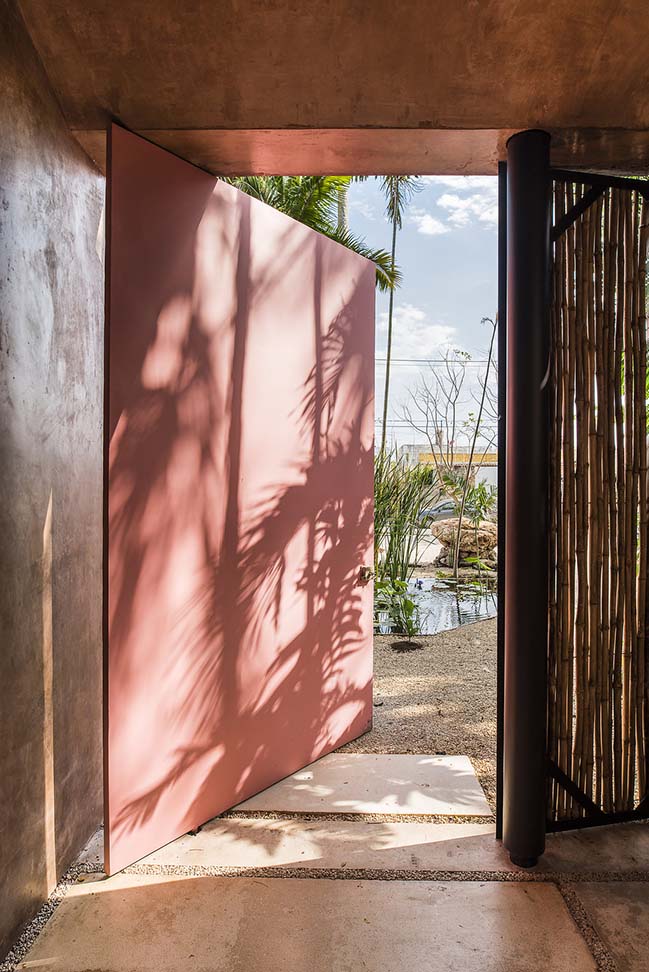 The construction is located at the back of the land due to functional considerations and progressivity in the master plan of which is a part, and maintains its visibility from the street as a neighborhood security strategy. Its volumetry is defined from an existing tree survey, as well as from the passive systems it implements (zenith openings for hot air evacuation, orientation based on sunlight, cross ventilation, high ceilings, etc.). The portico has a series of deployable bamboo panels produced in the area, which work to control the insolation, the level of privacy and the security of the building against vandalism and hurricanes. 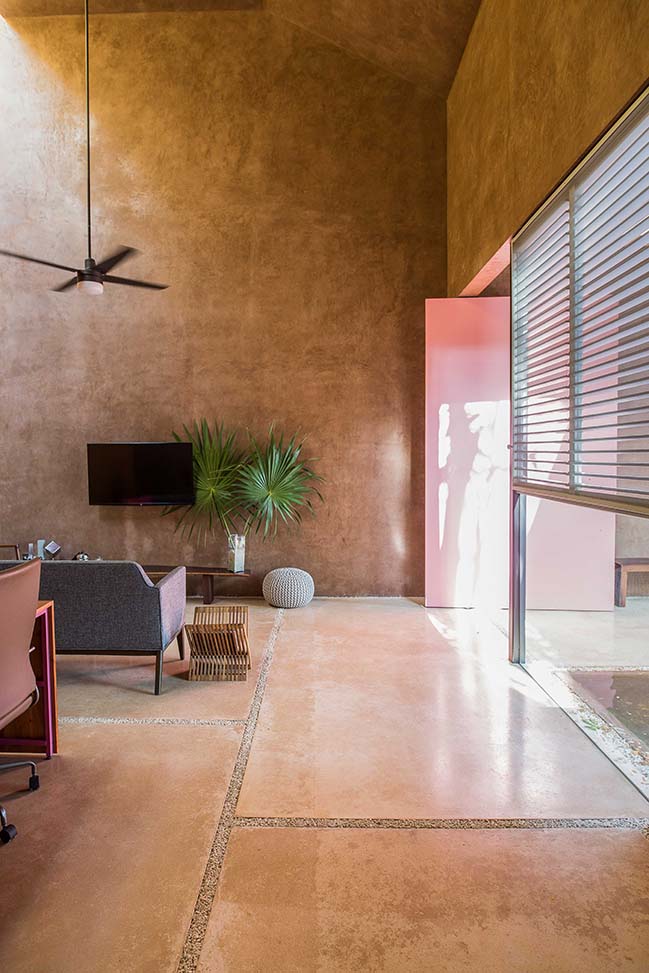 The construction system is the most common in the region, based on blocks, joists and cement slabs. The roof was cast in site with waterproof concrete and is thermally insulated with polystyrene panels. Hydrosanitary facilities separate gray and black waters, which are treated by means of a grease trap and a biodigester, respectively. Lighting is LED and the equipment  implement Inverter technology. 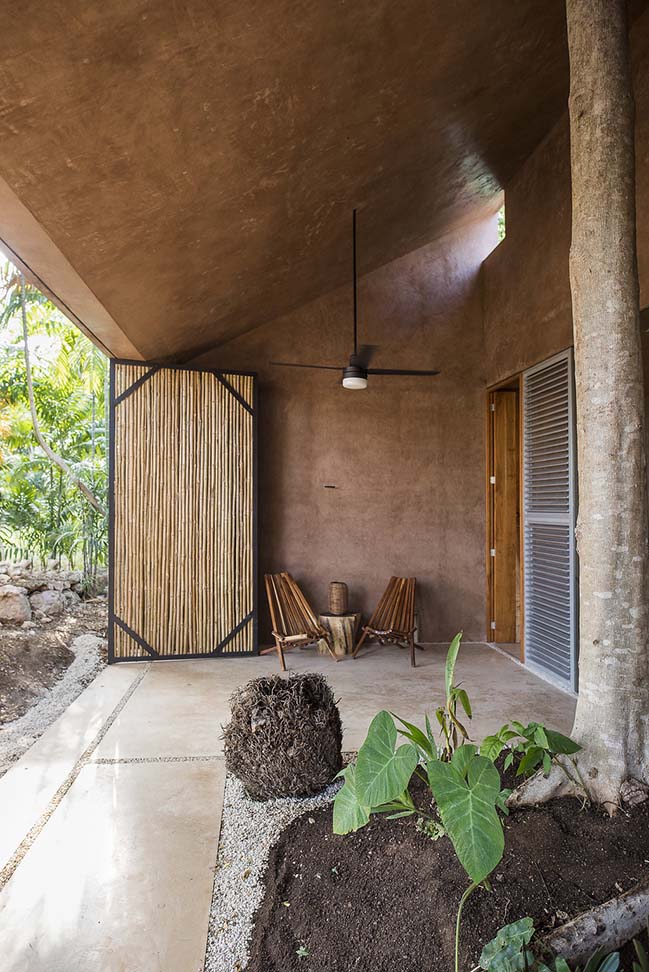 In terms of materiality, the architectural finishes are apparent to reduce maintenance. The floors are made of white concrete (with echocrete joints to release moisture from the floor), as well as the pre-cast plates on site with which the fixed furniture was assembled. The walls and ceilings have burnished stucco that was pigmented with the earth tone of the site. The carpentry used hard wood resistant to termites. Windows were made with natural aluminum and tempered glass. All interior spaces consider mosquito nets. 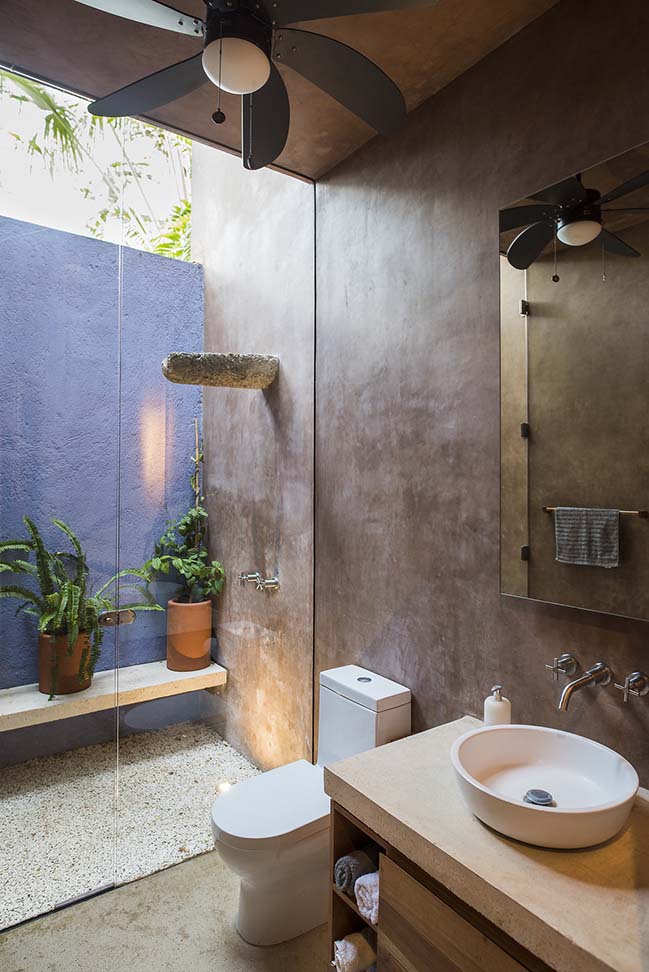 The colors are perceived in the access thresholds to public areas and also in furniture pieces. These were chosen from site’s popular architecture, as well as by their ability to dialogue with the tones of preexisting vegetation, which was reinforced with endemic species that attract wild birds, aromatic species and species of human consumption present in the traditional "Mayan Solar". Likewise, aquatic gardens that function as mosquito controllers and fauna attractants were implemented. These considerations add to the range of intangible sensations that can be perceived in the building. 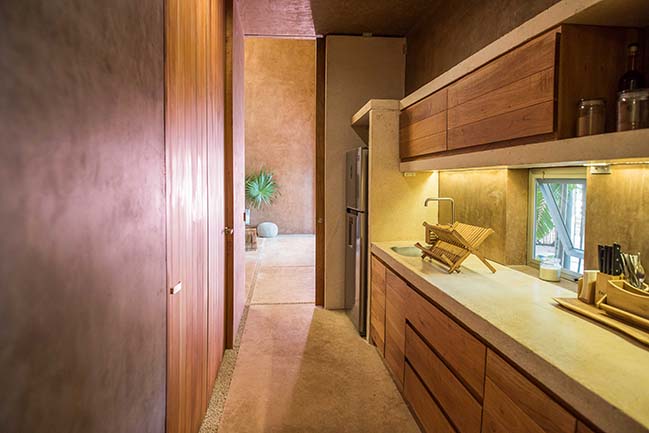 Its aspiration is to be a syncretic building capable of abstracting the qualities of a regional architectural heritage that ranges from the coherence of the Mayan vernacular architecture, the sobriety and mysticism of the Franciscan convents and the functionality of the Yucatan haciendas (among others); to reconcile them with the characteristics of the historical moment in which it is situated. 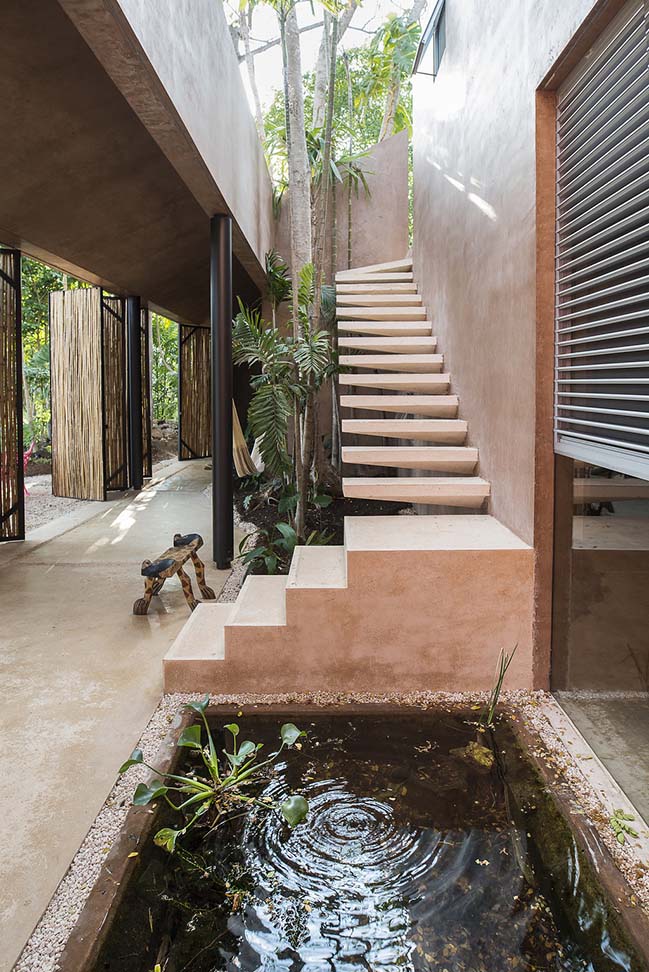 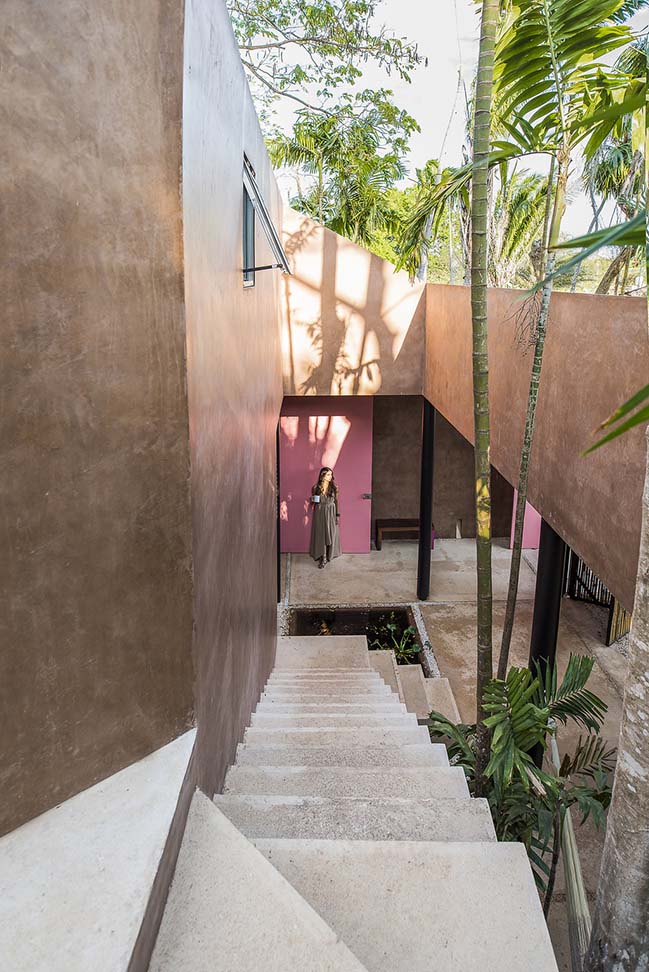 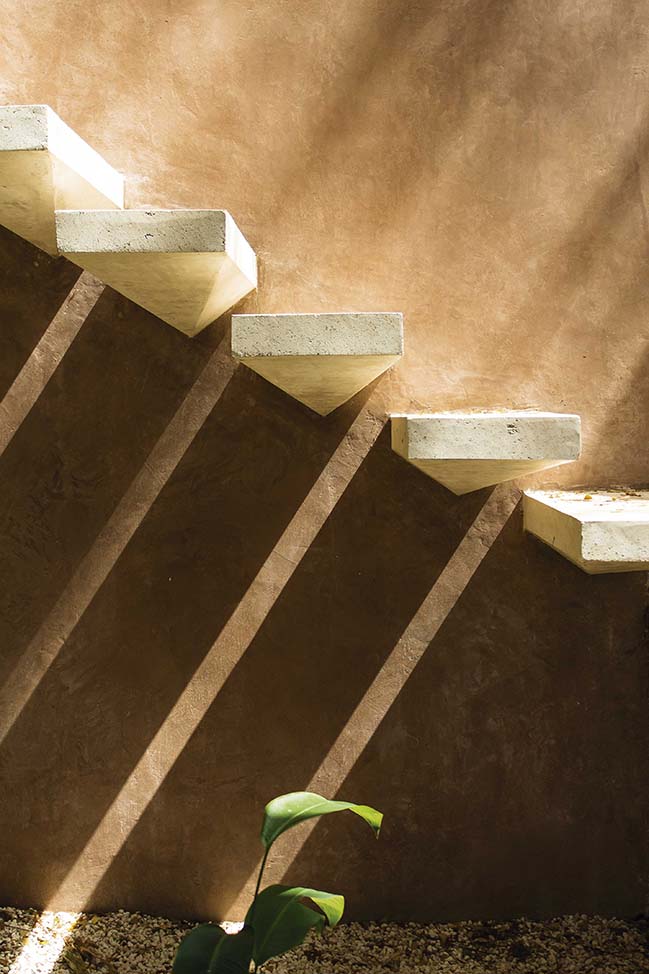 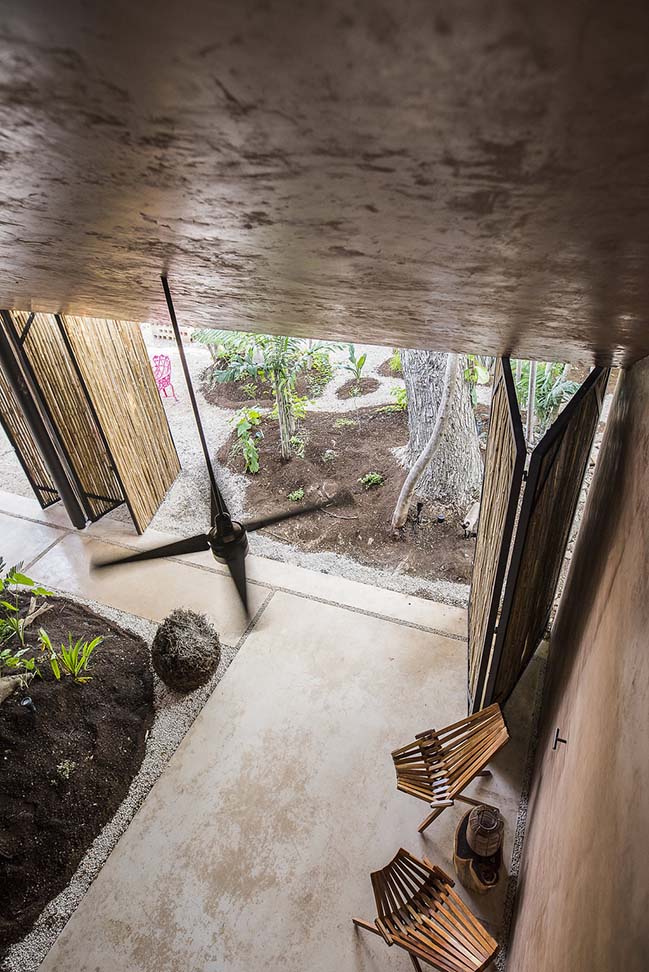 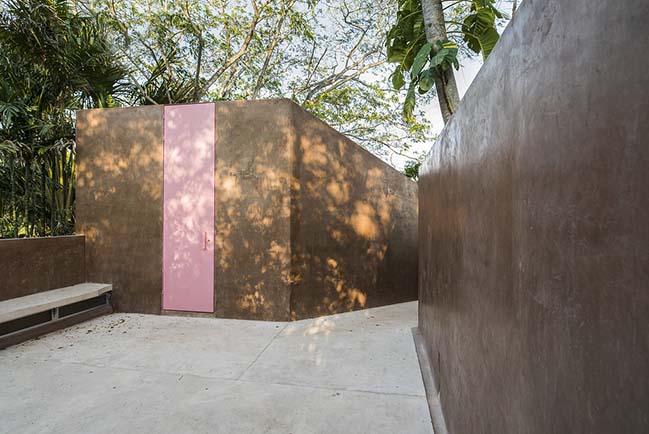 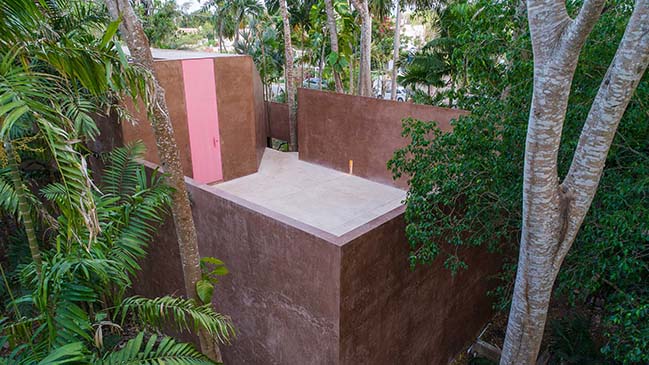 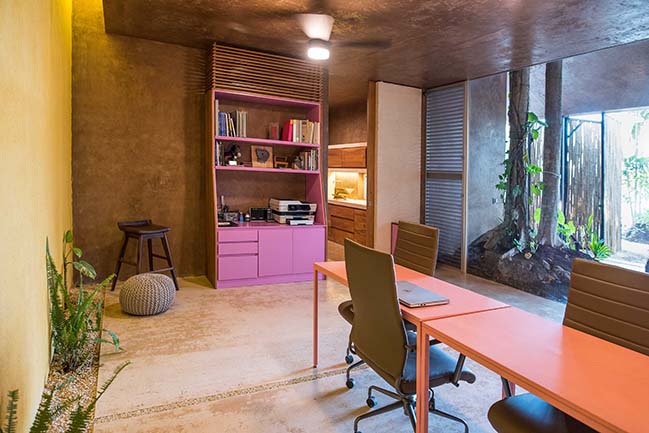 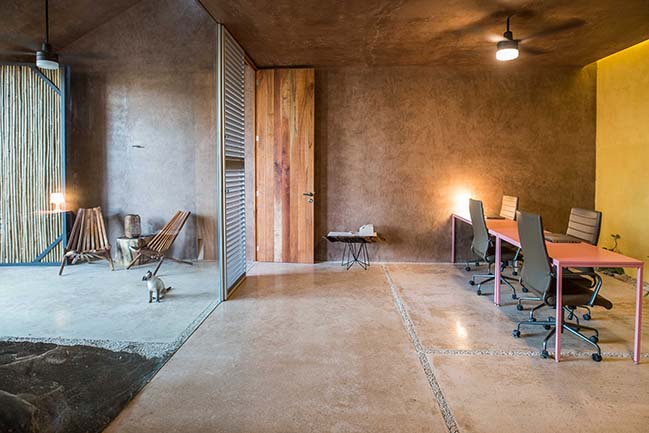 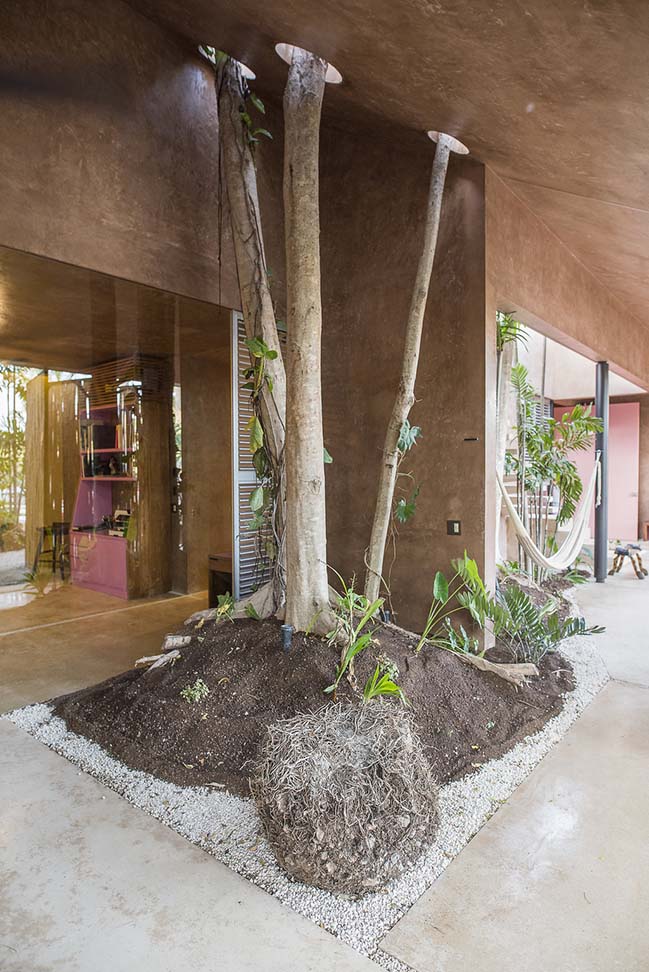 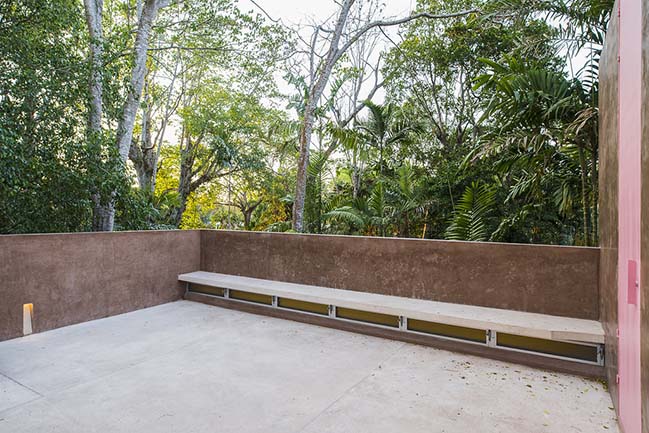 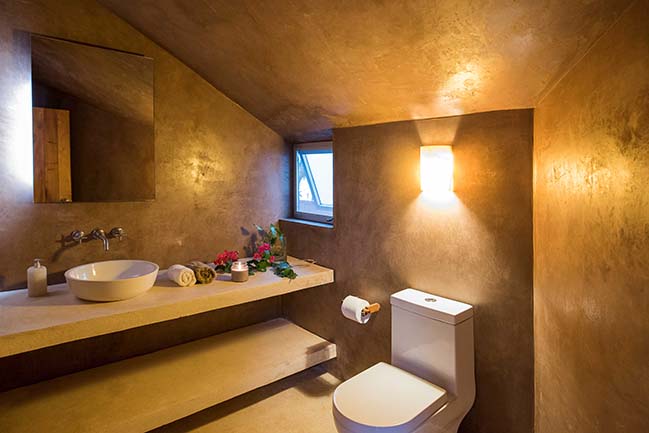 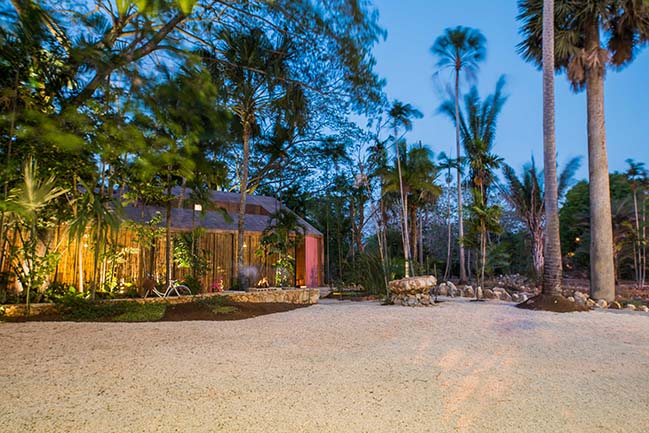 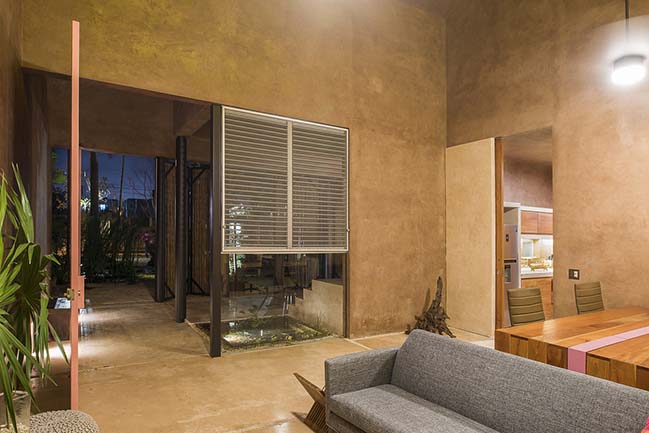 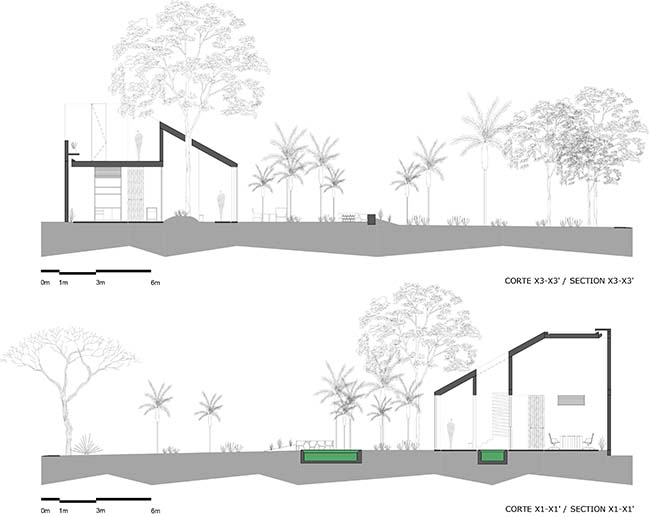 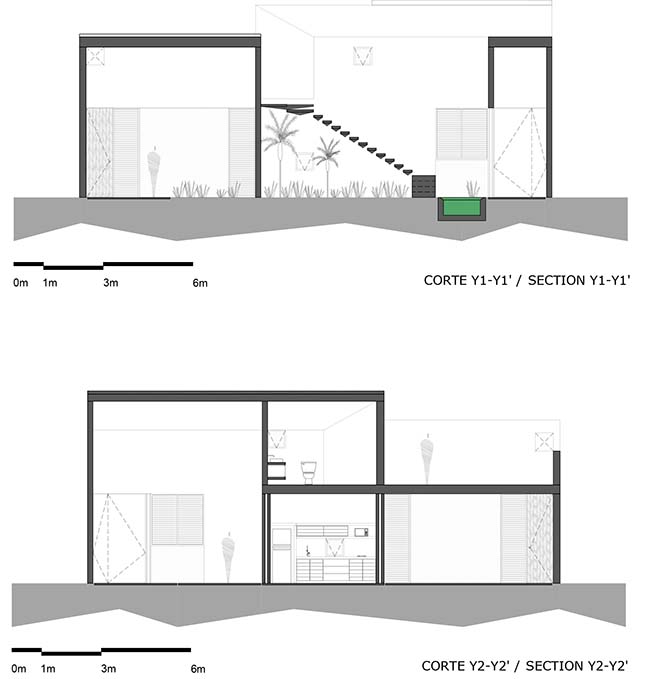 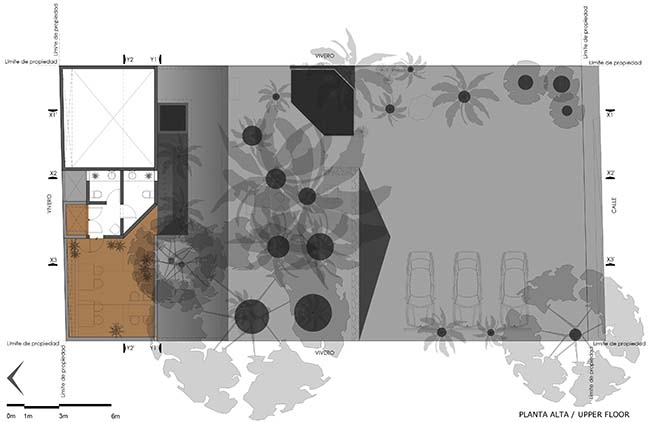 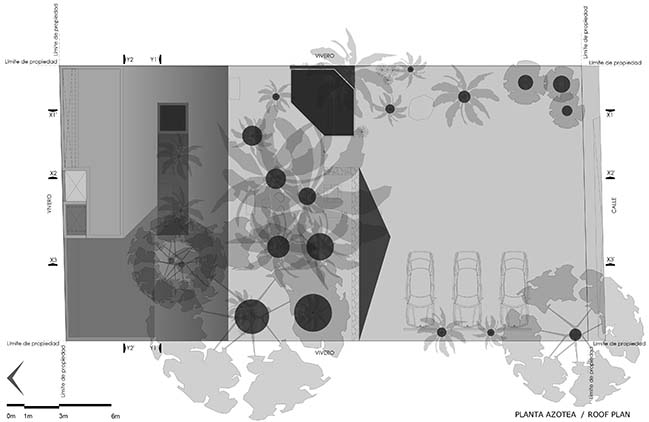 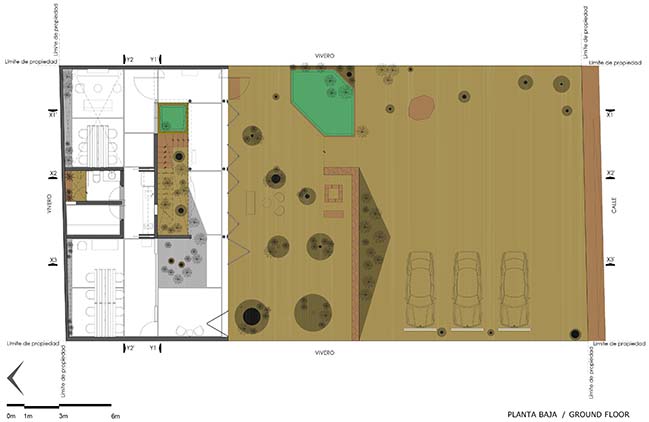