ENTER Studio and OBR bring architecture into Euroflora 2018. The famous international flower show in Genoa, Italy, hosts, in its new location at the Parks of Nervi, the installation "Locus Amoenus" by ENTER Studio and OBR: composed of more than a thousand pinwheels surrounding a circular patio, the installation interacts with the landscape and with visitors who considered the intervention a great success. 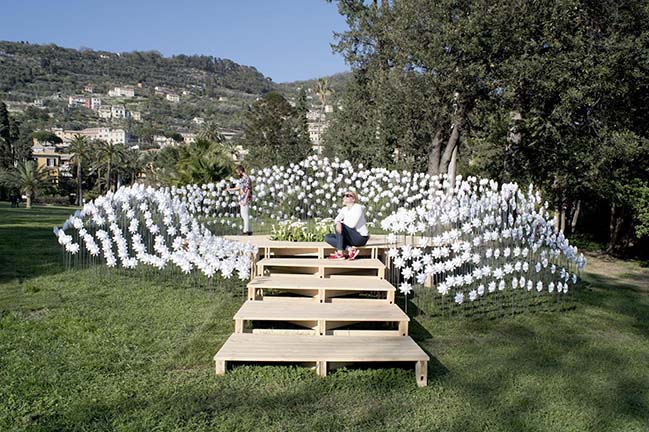 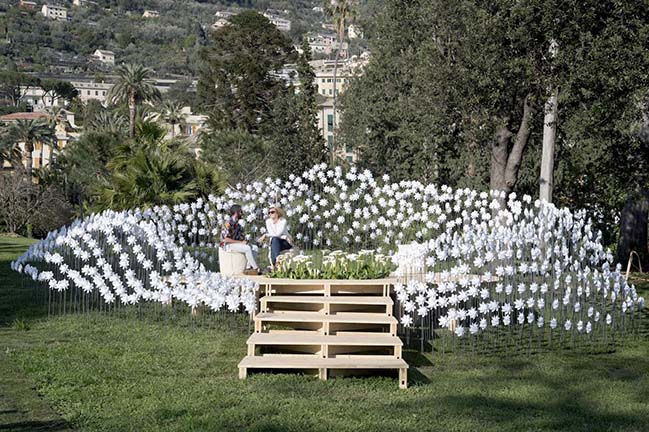 From the architect: Held outdoor for the first time, Euroflora, the international flower show in Genoa, Italy, moved into the gardens of the Parks of Nervi and invited architects, naturalists and garden designers in an open competition, entitled "Wonder in the Parks", to rethink the concept of garden. The event, which opened on 20 April 2018 and will run until 6 May, is now located in an area of 86 thousand square meters to the east of the city, where visitors move along paths and historic villas suspended between sky and sea. 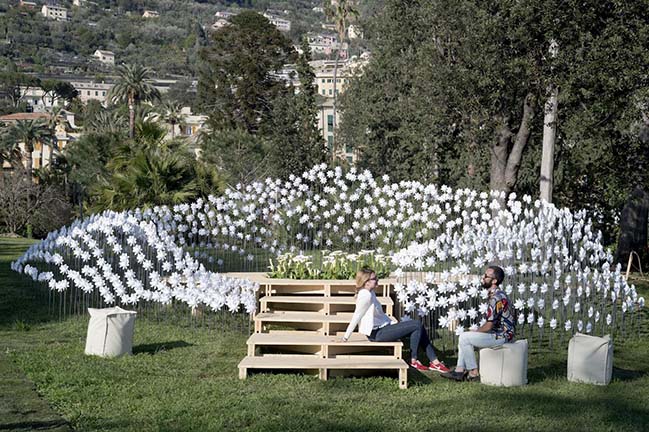 Open-air projects at Euroflora 2018 include the installation designed by the Genoese collective ENTER Studio together with OBR: the two architecture studios have created Locus Amoenus. "An installation in between landscape, man and... pinwheels", in the words of its designers. Locus Amoenus is the result of a reflection on the relationship between project and context. In particular, it is the setting of the historic park that has led to the reinterpretation of some of the frequent components in the tradition of designing green areas. ENTER Studio and OBR have decided to combine the tópoi of the English park and the baroque garden to imagine another space where lake reeds and spontaneous nature of romantic inspiration meet 17th-century pools and a hint of extraordinariness. It is, in fact, the presence of water that becomes the transversal and central element of the project. Locus Amoenus is an interactive installation made up of three different components: the Field, the Pinwheel Garden, and the Patio. The Field is the surface upon which rests the installation. The circular wooden Patio with its water tank and calla lily flowers in the centre recalls the basins of the Baroque gardens. The Pinwheel Garden evokes the ornamental garden through 1,200 pinwheels that symbolize flowers in a process in which the artificial imitates the natural. 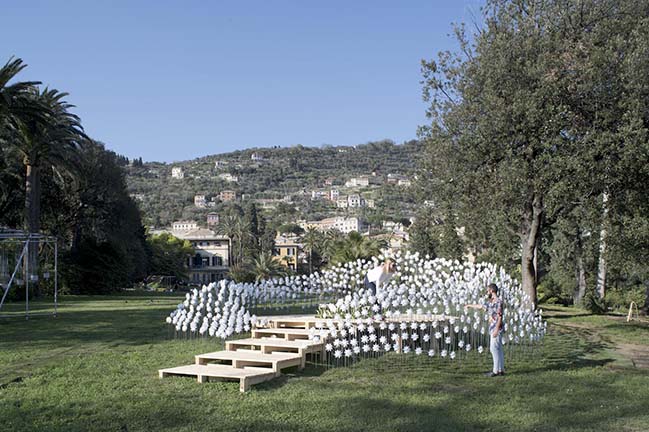 If the Field constitutes the totality of the surface on which the installation is built, becoming its foundational element, it is inside the circular Patio that the basin inhabited by callas is housed, thus placing the water at the physical and conceptual centre of gravity of the installation. The Patio, with its double function of raised walkway and seating element, becomes meeting point for the visitors and has thus a strong social value. All around, the Pinwheels evoke flowers: the installation is surrounded by a garden composed of 1,200 stems of varying height (from 50 cm to a maximum of 250 cm), articulating a multitude of white pinwheels. This dense "vegetation" recalls the ornamental garden and transforms it into a playful space, combining in a contemporary way the theme of the artificially natural nature of the romantic garden with l’émerveillement et le bizarre of the baroque garden. 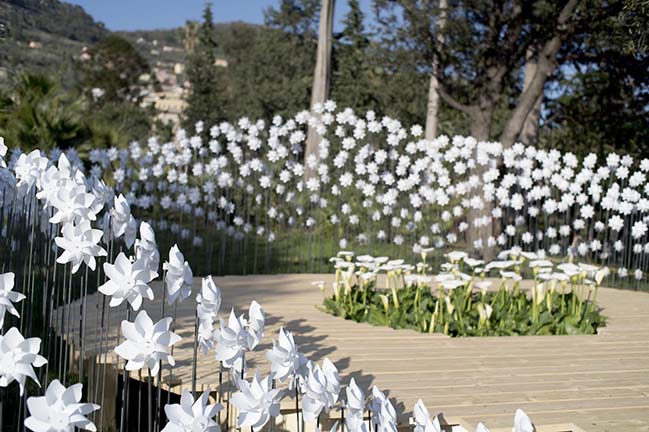 Locus Amoenus is therefore an architecture to explore or where one can linger. The intention of the designers is, in fact, to propose a shared space, where visitors can interact among themselves and with the installation, overcoming a position of mere passive contemplation, stimulating new social and environmental meanings. Locus Amoenus is the result of a sequence of design actions that reflect, with a light and apparently disenchanted attitude, criteria strongly linked to the architectural dimension and its most current challenges: the Field as the starting point for dialogue with the context, the Patio as the rewriting of a form of tradition, the Garden as a space of surprise and reflection on energy-related environmental issues. 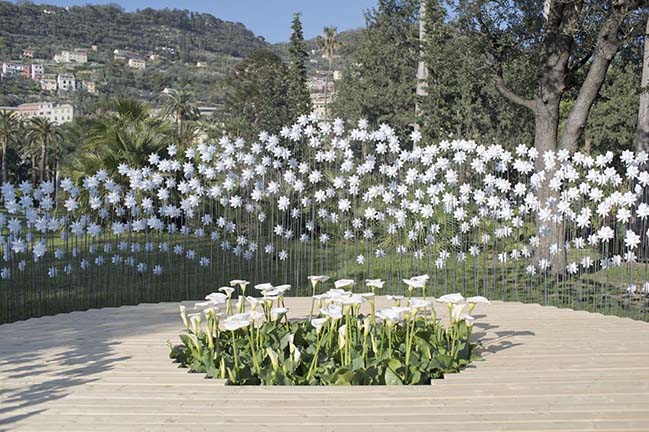 With the renovation of Euroflora and the "Wonder in Parks" initiative, ENTER and OBR have been able to participate in the evolutionary process of the urban park as a regeneration engine, experimenting with new possibilities of interaction between man and the environment. The great interest that Locus Amoenus raised in visitors highlights the potential for architecture to create a renewed sense of community. 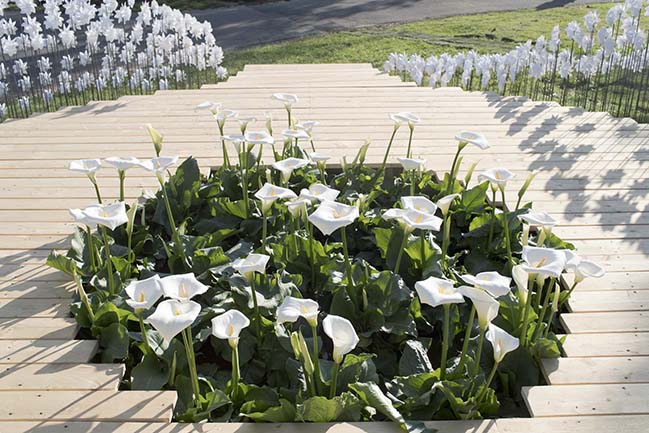 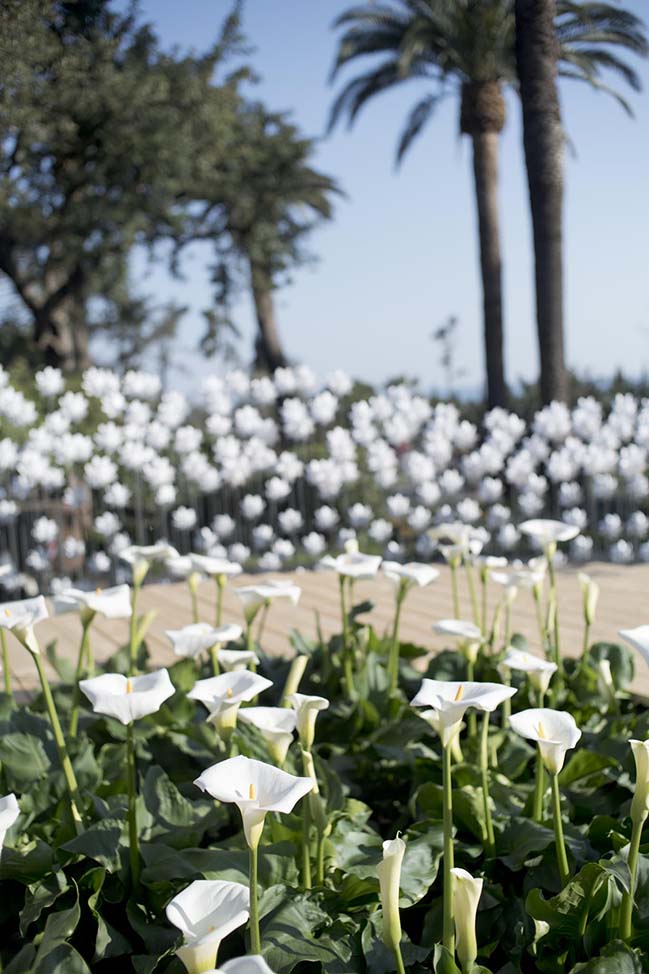 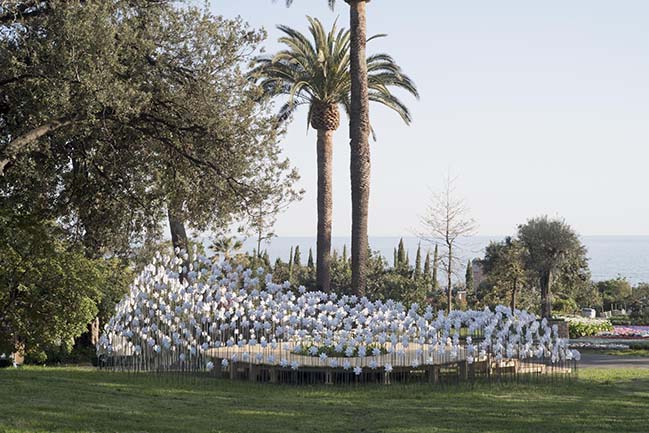 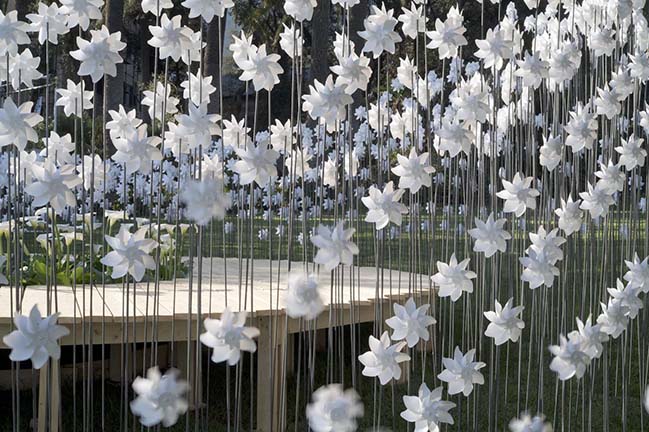 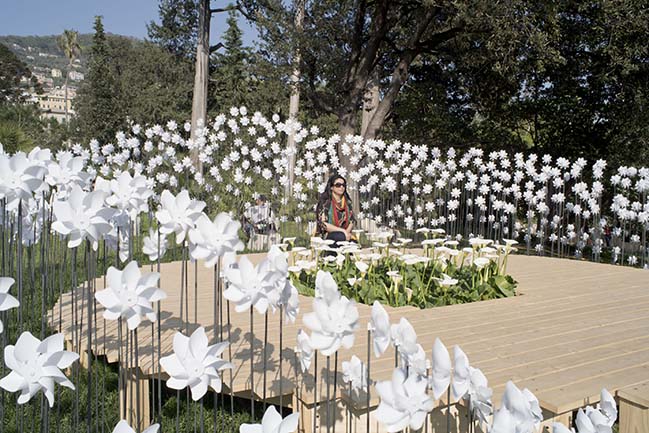 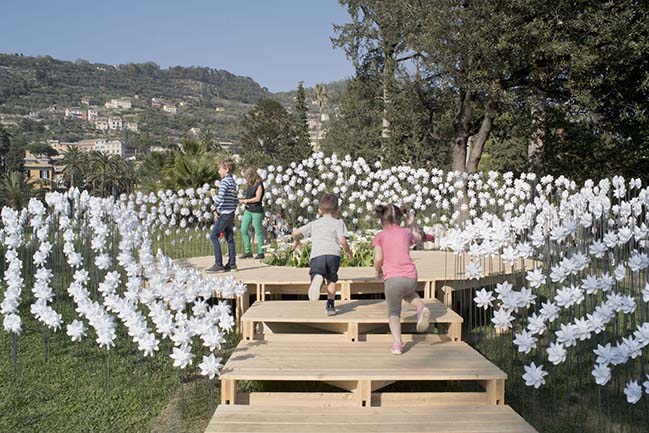 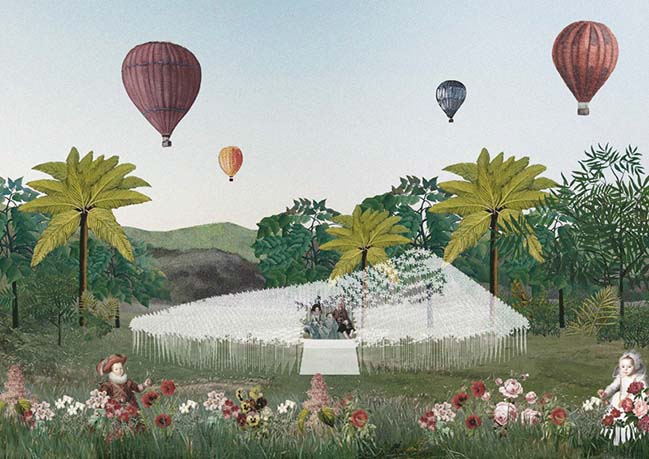 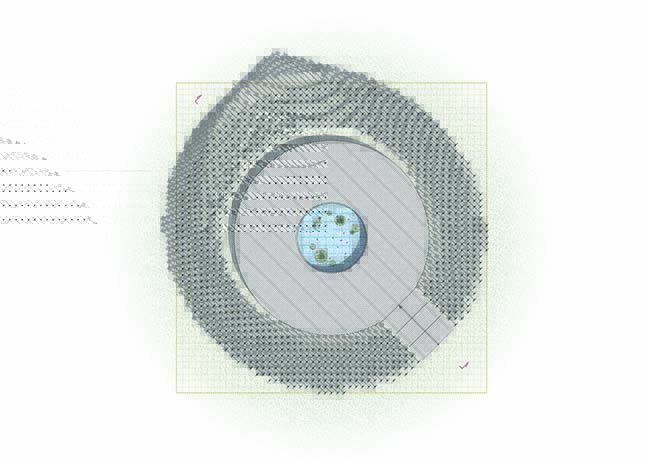 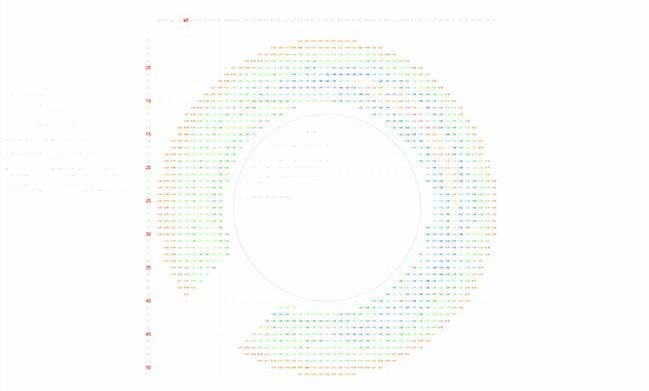 05 / 09 / 2018 ENTER Studio and OBR bring architecture into Euroflora 2018. The famous international flower show in Genoa, Italy, hosts, in its new location at the Parks of Nervi