While architecture styles could change, religious dates, rituals and festivals persist. Thus, the fundamental challenge of the design of a new mosque lies in the extraction and interpretation of the essence of a religion that could reflects in its spatial layout which is timeless in serving the above. Gentle yet powerful gestures that reflect the notion of inclusivity in contemporary religion and the ubiquitous faith of harmony across humanity... 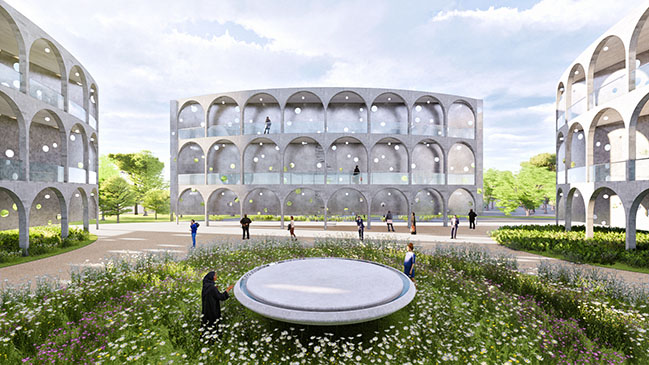 From the architect: In traditional Islamic architecture, the external courtyard (“sahn”) with the washing area (“wudu”) and the prayer hall with the dome are the two critical areas which are indispensable in constructing the entering sequence as well as hierarchy of space. These two external and internal voids form the basis of the entire mosque.

The minarets were reimagined as the three walls around the "sahn" which continues to serve their traditional purpose without the addition of piercing towers, safeguarding the pristine geometry of the contemporary mosque. 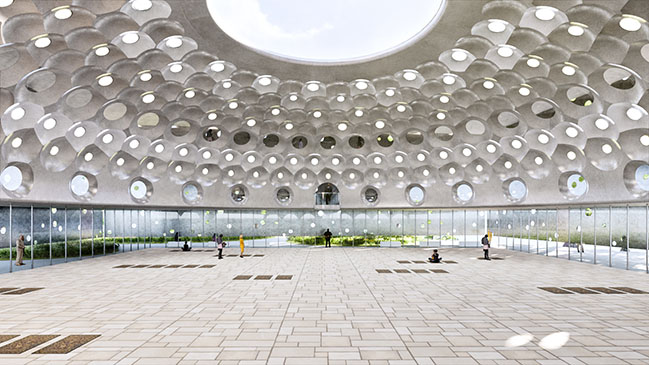 The Sacred Geometry
Kaaba, a minimalist orthogonal box, is the most sacred and important structure in Islamic architecture. Located at the centre of Islam's most important mosque, the Masjid al-Haram in Mecca, Saudi Arabia, it is considered to be the House of God (“Bayt Allah”) and the direction of prayer (“qibla”) for all Muslims around the globe during “salah”. It is surrounded by pilgrims around the Islamic year every day.

This sacred orthogonal geometry resonates with the highly contemporary and basic form of architecture - a rectilinear cube with two horizontal plans and four walls as envelop. The external courtyard and prayer hall was then introduced into the massing creating a highly open versus a highly enclosed space.

Aligning with the axis of the street, the massing was in perfect harmony with the context. However, it is not facing straight to the direction of prayer which is of paramount importance. Thus, the prayer hall as an inner void is rotated while concealed within the overall massing to face straight to “gibla”, which creates a moment of surprise in the spatial sequence. 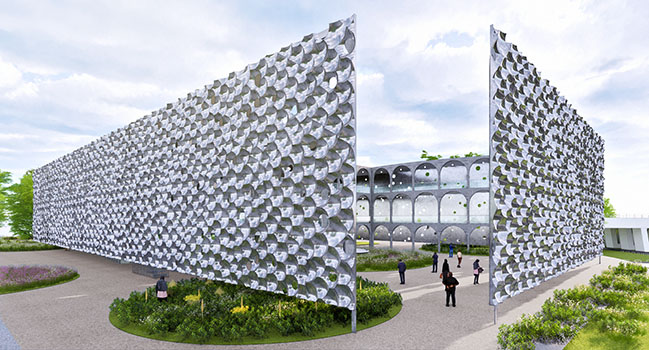 An Iconic Envelope
The outer envelope was inspired by mosaic tiles which are highly traditional to Islamic architecture. However, there was an up-scale in the texture which creates a more iconic and dramatic façade together with its glazed and reflective surface. The reflection distorted by the tiles due to concavity resembles the talisman against the evil eye “al-ayn”.

Inside the prayer hall, the giant dome, which is a crucial symbolism of Allah’s universe, is constructed with a giant ocular and layers of fenestration for visual connections between programs and levels but also opens the roof for sunlight and air. 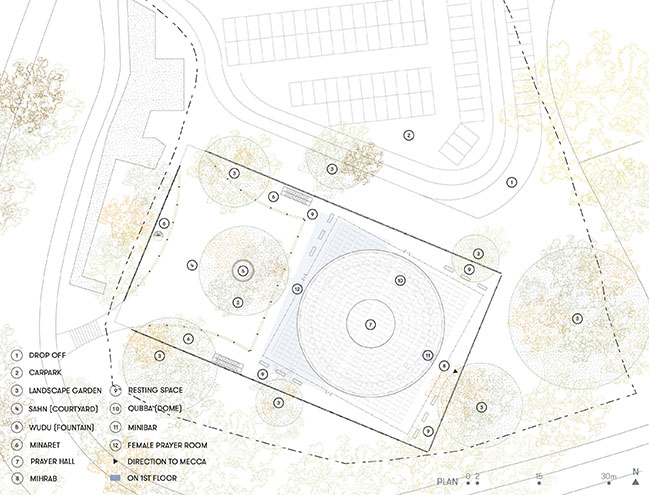 Inclusivity and specificity
The external courtyard or “sahn” is a very specific feature in Islamic Mosque as it serves as the main gathering space. However, instead of following the tradition of a fully enclosed courtyard, contemporary religious architecture should also facilitate exchange and connection in a modern world where diversity thrives. The two corners of the external courtyard is opened up for a streamlined circulation which smoothen the transition between the outside realm and the public courtyard inside the mosque.

Moreover, floor paving from outside extends into the courtyard and vegetation patches of the courtyard slides under the elevated walls of the mosque, creating the delusion of a mosque floating above a continuous garden plane that signifies the public realm juxtapostiion on the mosque footprint.

Those are a gentle yet powerful gesture that reflects the notion of inclusivity in contemporary religion and the ubiquitous faith of harmony across humanity. 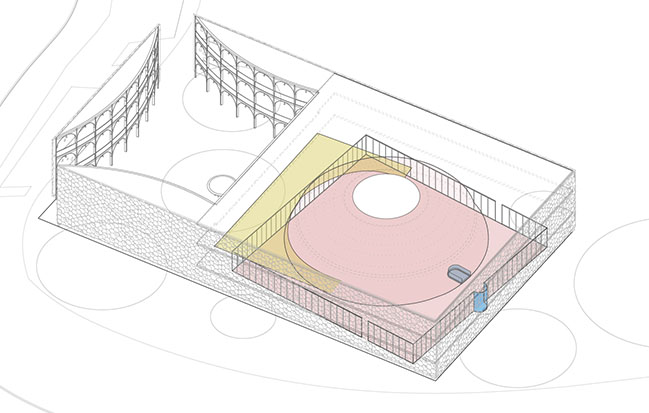 06 / 16 / 2021 While architecture styles could change, religious dates, rituals and festivals persist. Thus, the fundamental challenge of the design of a new mosque lies in the extraction and interpretation of the essence...

Recommended post: The Snail Apartments in New York by Archimatika