Dr. Richard Leakey announces the campaign for a new museum dedicated to the story of humans, Ngaren: The Museum of Humankind. The unprecedented project located in Kenya’s Rift Valley is designed by architect Daniel Libeskind, Studio Libeskind, the master plan architect of the World Trade Center site. 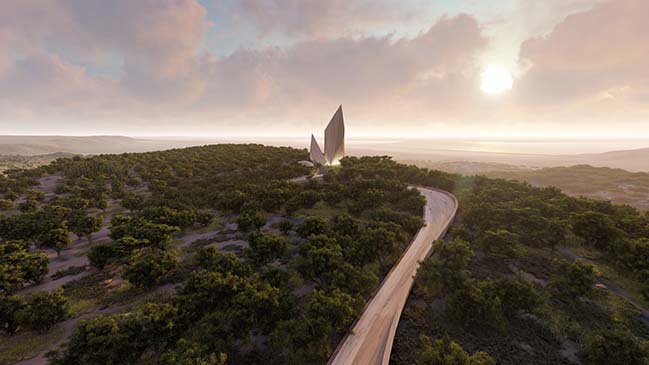 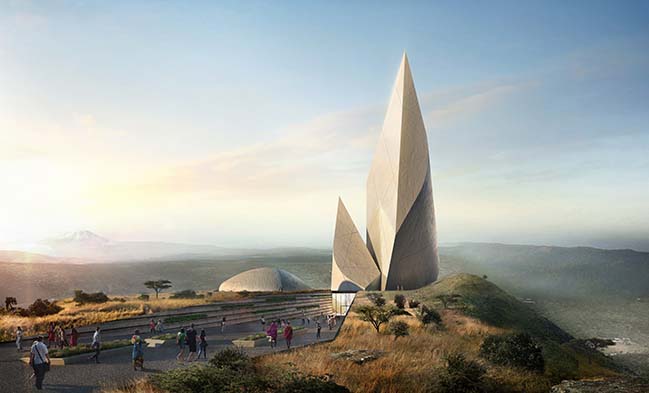 From the architect: Ngaren is the culmination of Dr. Leakey’s life’s work –whose fossil discoveries have helped reveal how humans evolved. The Museum will be the first center of its kind to present research, discovery, and exploration of more than two million years of human history and the origins of our universe from evolution, biodiversity, overpopulation, to war, disease, and climate change.

“Ngaren is not just another museum, but a call to action,” says Dr. Richard Leakey, Founder. “As we peer back through the fossil record, through layer upon layer of long extinct species, many of which thrived far longer that the human species is ever likely to do, we are reminded of our mortality as a species,” added Leakey. 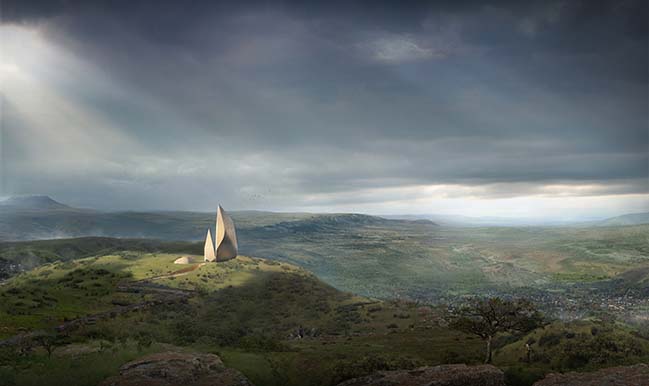 Dr. Leakey commissioned Studio Libeskind to create an iconic design that reflects the mission and values of the Museum. Sited on the edge of a cliff overlooking the Rift Valley—the cradle of humankind and where Leakey first discovered the most complete skeleton of early man, Turkana Boy. The design is inspired by the forms of ancient hand axes that were the first tools of early man marking the beginnings of human ingenuity. The monolithic volumes rise like vertical stalactite set against the dramatic landscape of greater Nairobi in Loodariak. Through a series of interactive, cutting-edge exhibition spaces, Ngaren will unravel the mysteries of our beginnings. 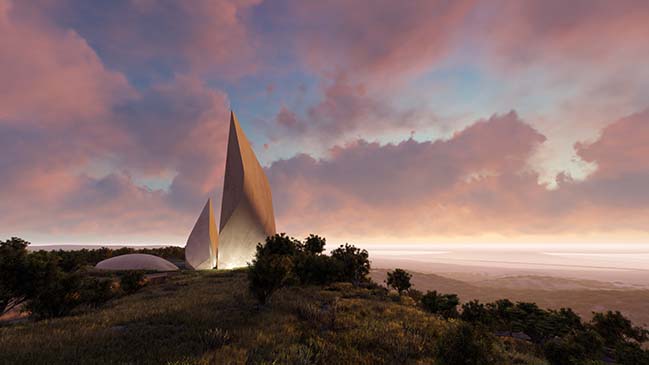 “The museum will be a place for discovery, wonder, and contemplation. Through the architecture and exhibitions, Ngaren will anchor all walks of life to Africa: the epicenter of human existence,” said architect Daniel Libeskind. “I created a series of dramatic spaces within the museum that are architecturally dynamic and provocative, creating a unique context for the museum’s exhibitions  that does not pacify artifacts, but enhances and enlivens them,” added Libeskind.

The museum is scheduled to open in 2024 in Loodariak, Kenya. Studio Libeskind, working with local Kenyan architects, is the lead architect for the design and construction of the museum.