The architectural Project – which comes a hundred years after Real Vinícola was built (between 1897 and 1901) – is grounded on the existing ruins and their rehabilitation, through an investigation on the historical context of these industrial buildings. 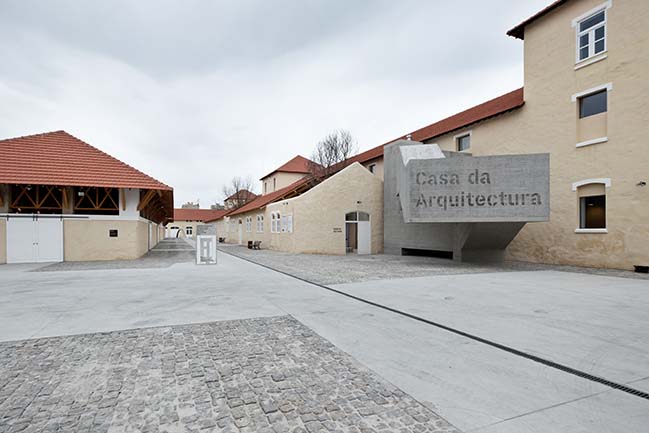 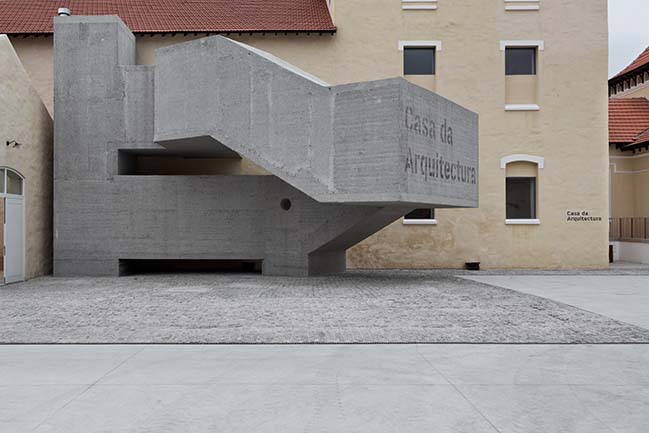 Project's description: “The instant a building crumbles”, said Simmel, “this means nothing more than the mere forces of nature begin to predominate over human work: the balance between Nature and spirit, which the building manifested, moves in favour of Nature”. 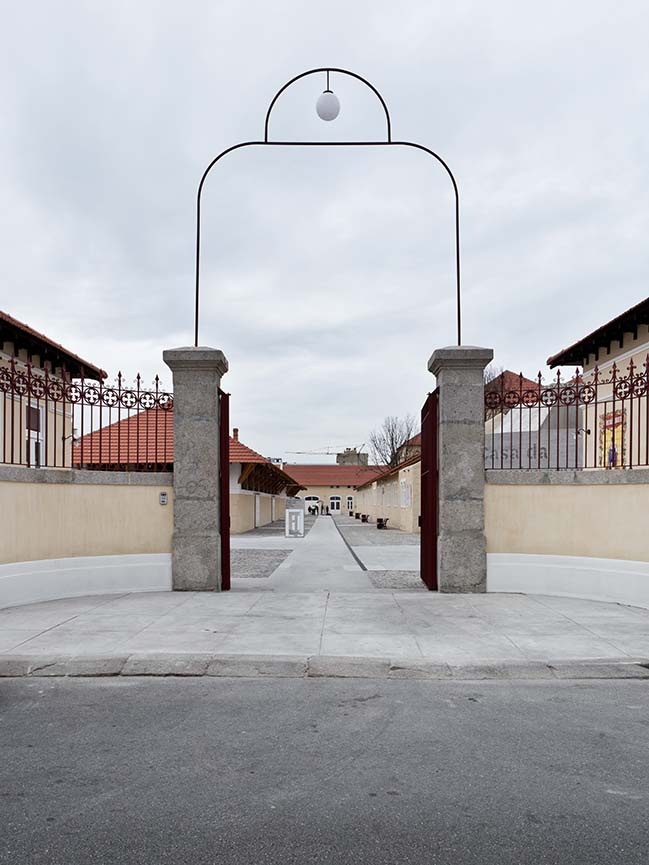 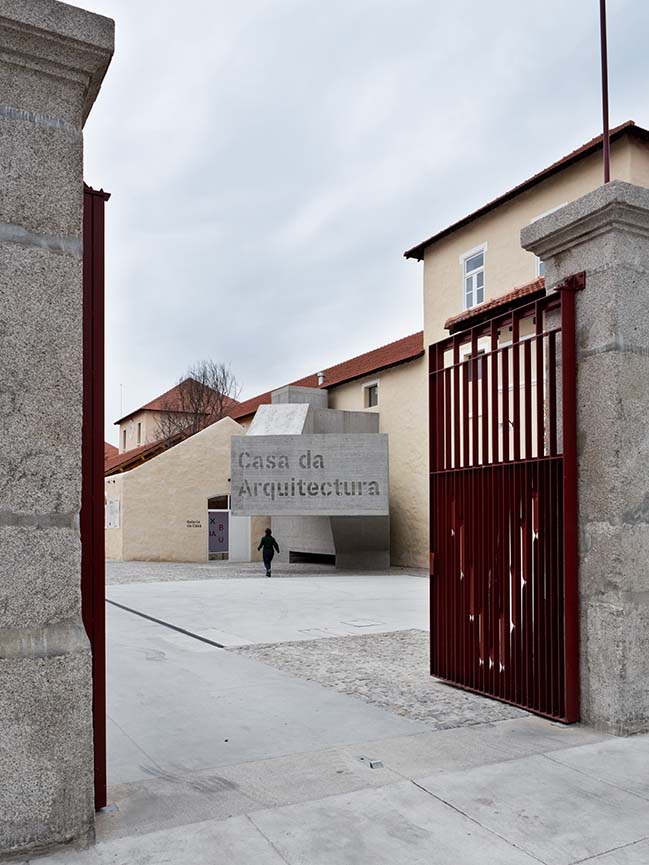 An example of this dialogue can be experienced through the trees that had grown inside one of the buildings. The trees have been kept, creating exterior courtyards. The building has been taken again by men, but the rights acquired by Nature over the years were respected. 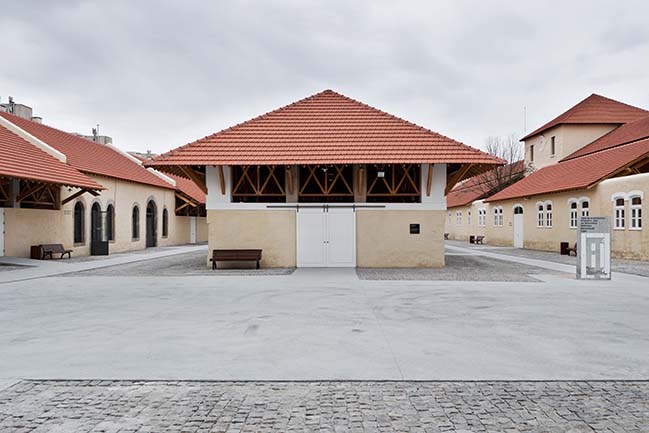 We tried to design in accordance with the original project, whenever possible. All exterior facades were remade, the design of the wood trusses identical, all woodwork was rebuilt. We sought to maintain the industrial spirit of the place. 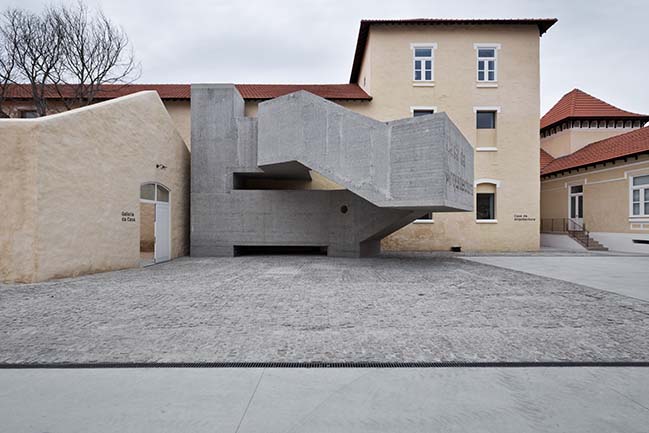 There were changes in function which implied new spaces, new infrastructures and new legislation to comply with. Concrete staircases placed outside the building were required for fire safety reasons. It was decided not to introduce them in the interior due to the negative impact they would have on the steel structure of the slab, with its beauty expressed in the almost infinitive repetition of the structural module created by the pillars and the beams. 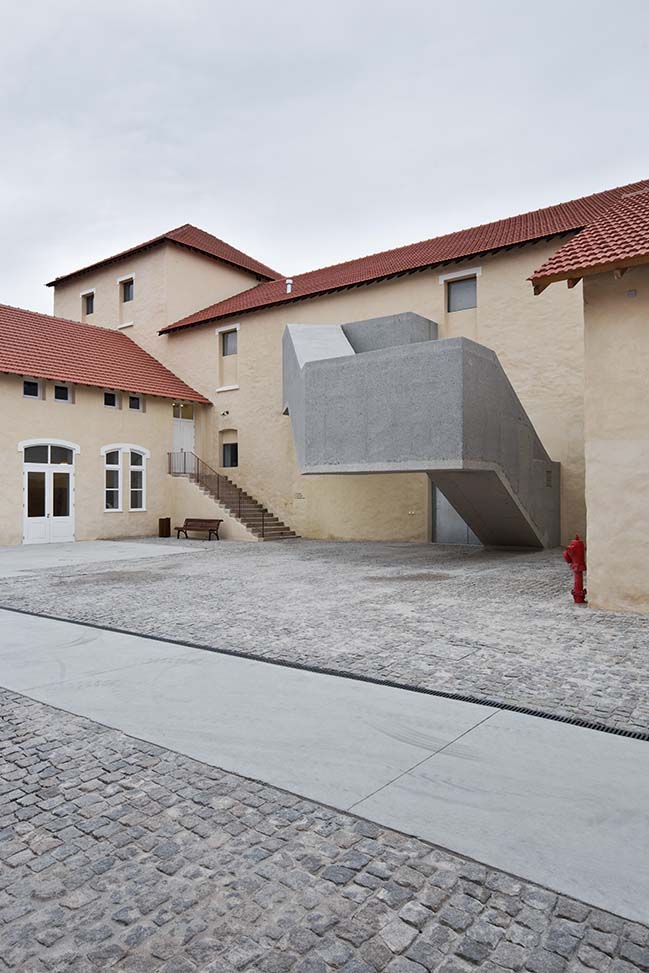 It was necessary to open windows on the east elevation of the block. Since we were introducing a new element into the project, we chose to express the contemporary character of the intervention rather than to disguise it within the original elements– by making the new windows frames pressed against the wall, in opposition to the existing windows which are mass taken from it. 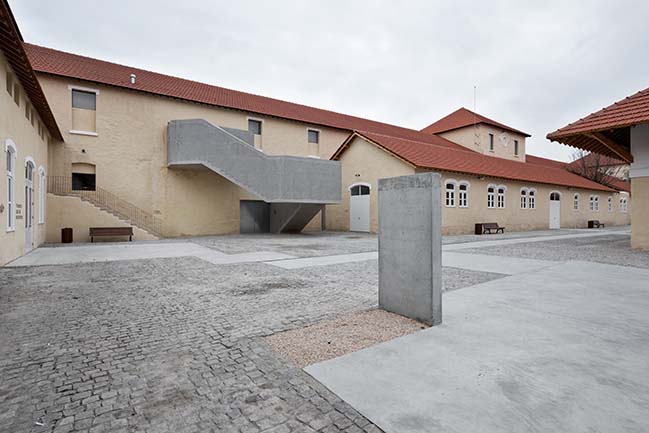 In addition to seek this balance between the different intervening forces, we also wanted to make it visible and to manifest itself in all its truthfulness. We believe that matter should, in this particular case, be perceived in both space and time. 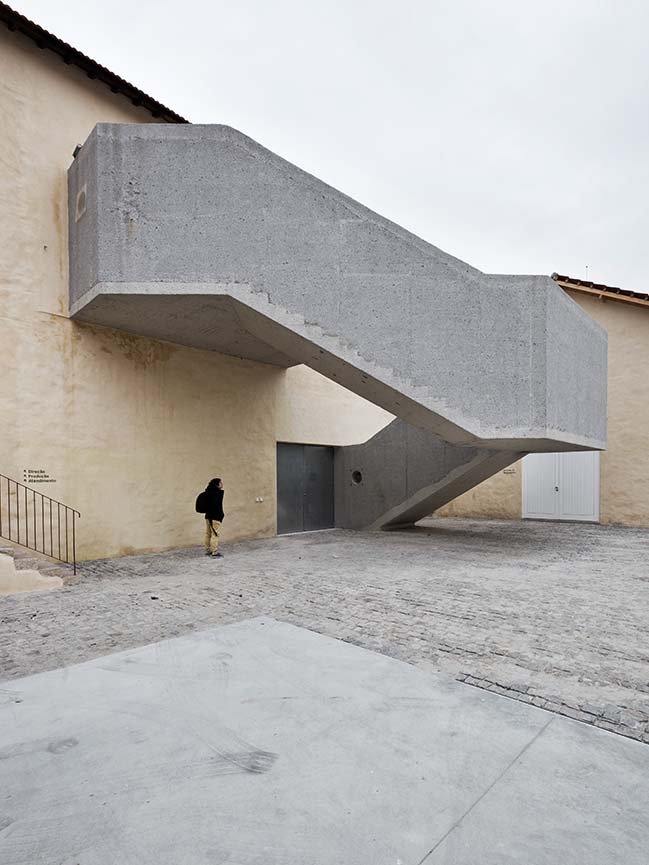 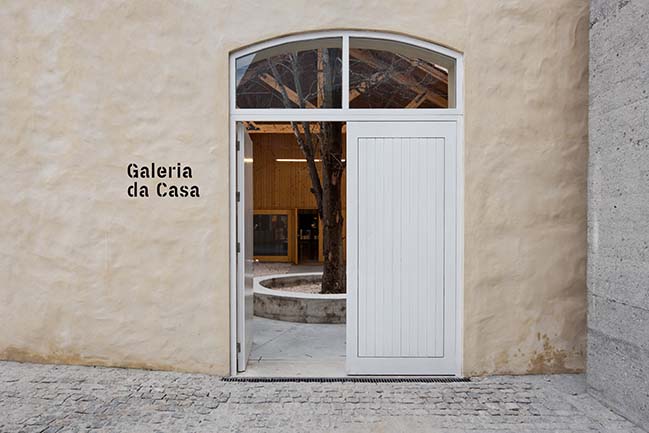 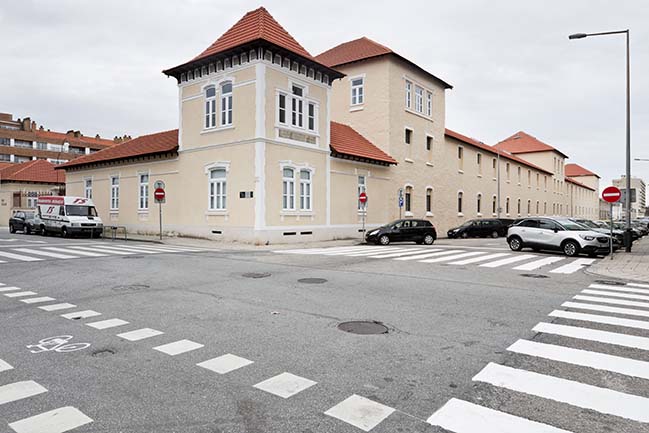 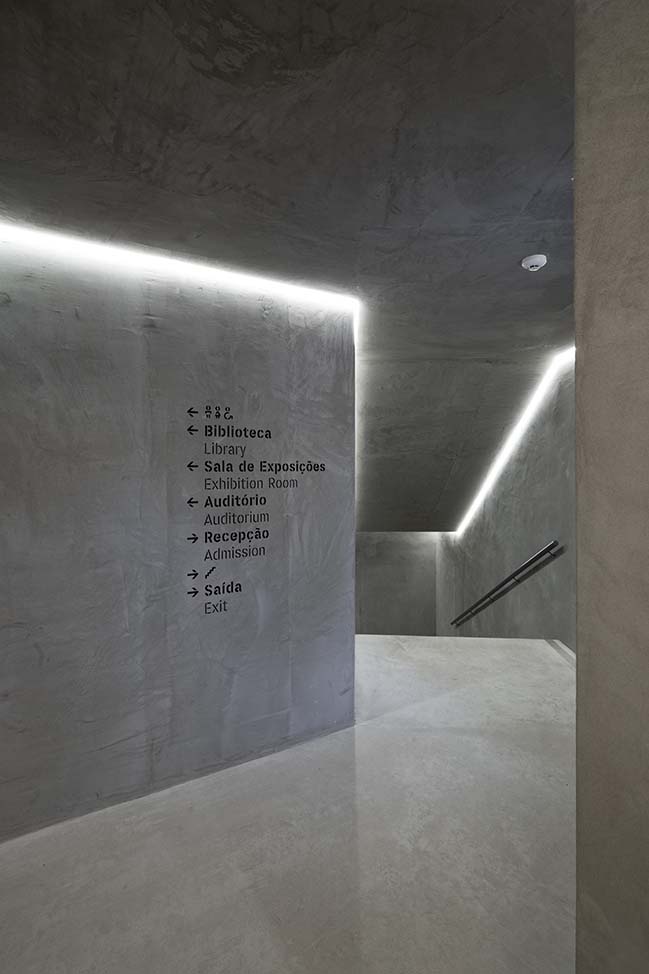 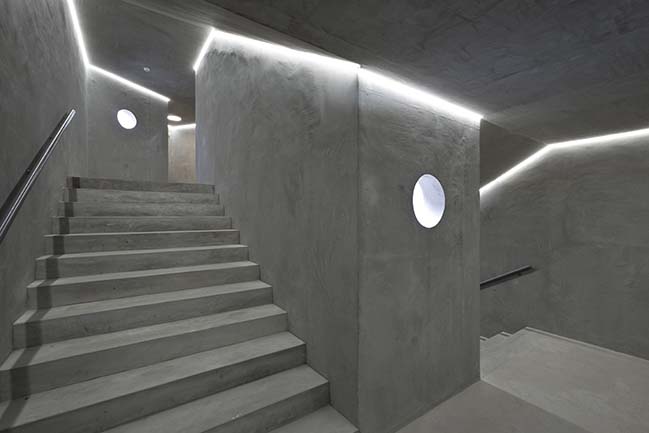 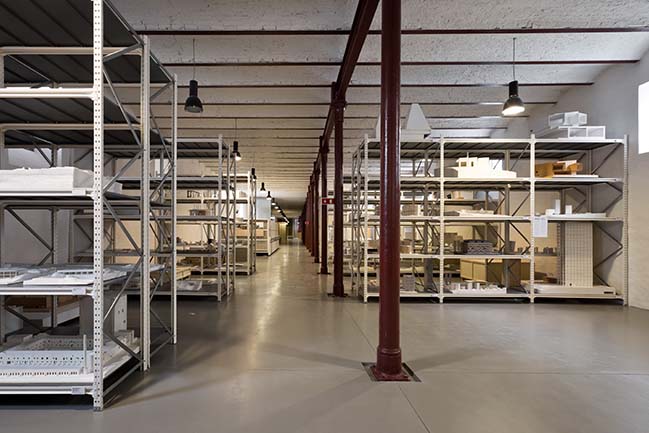 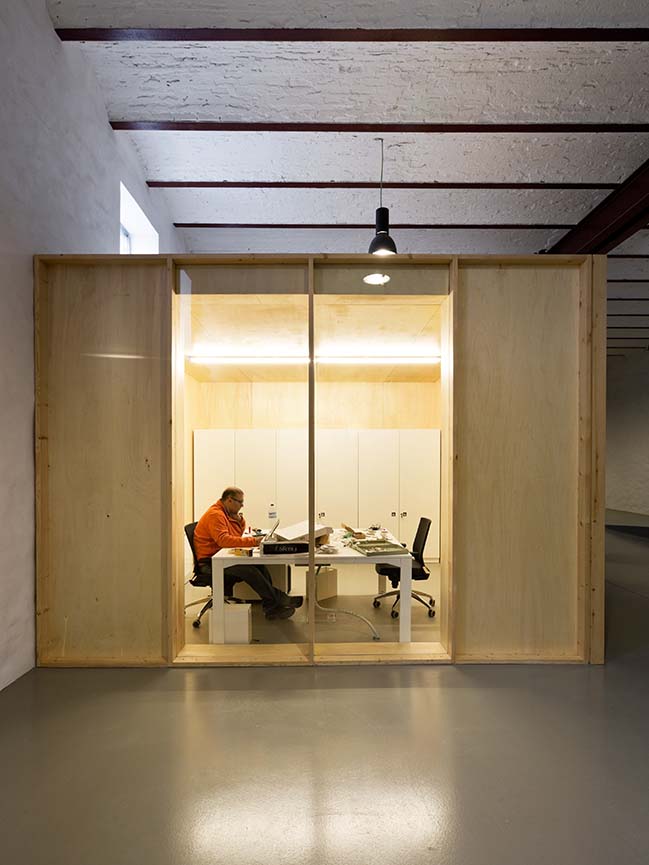 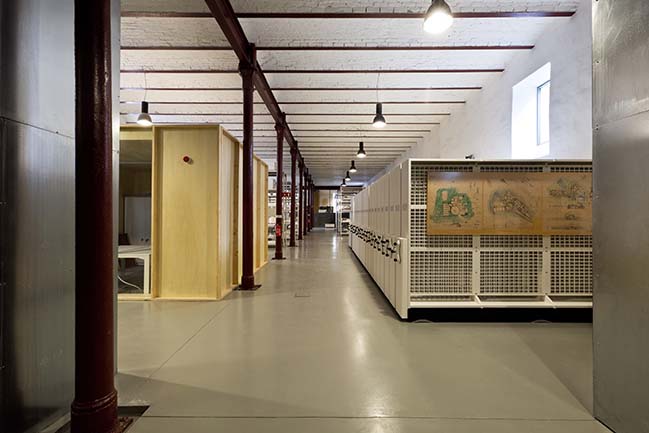 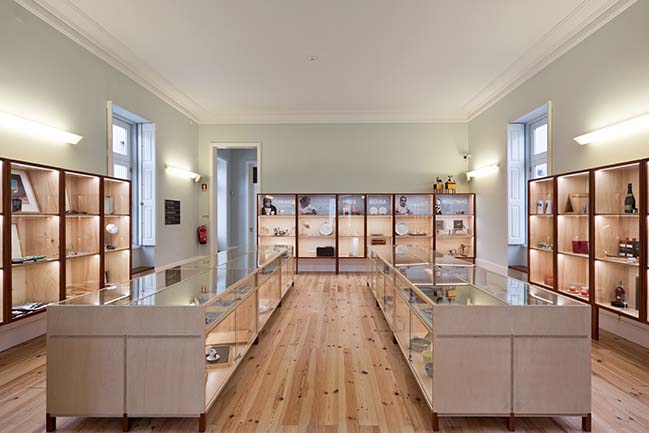 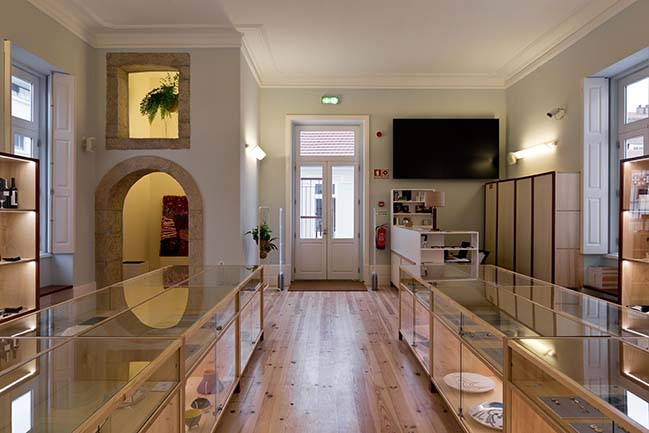 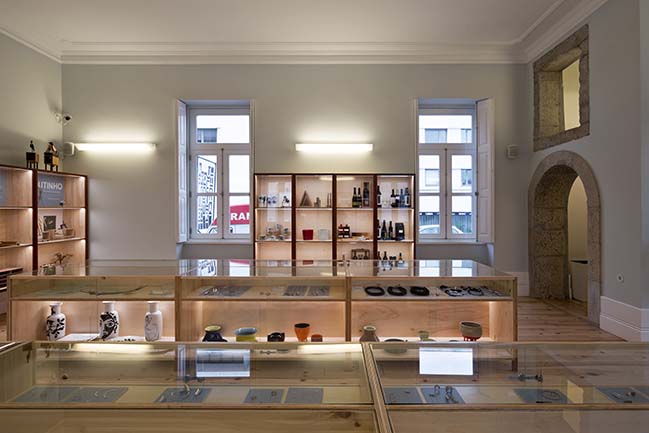 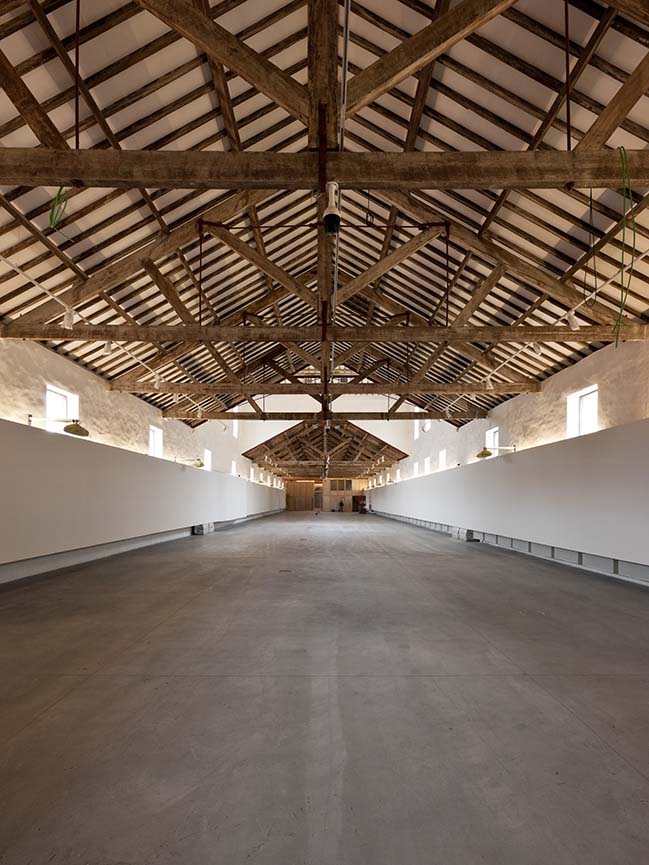 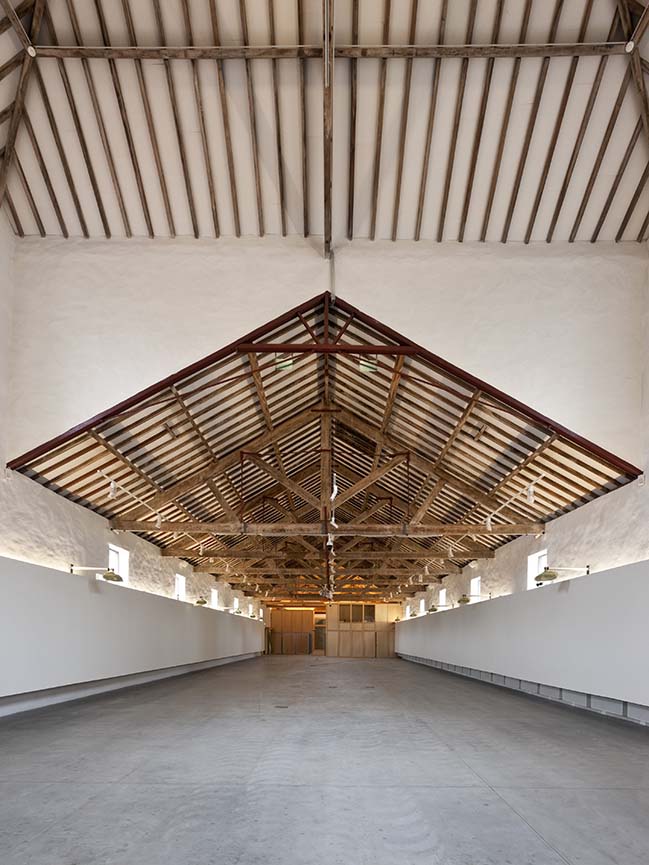