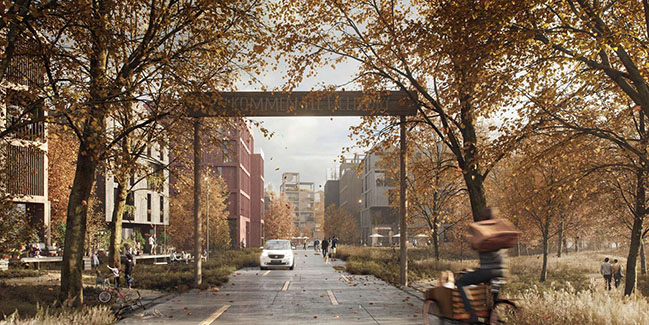 Just beyond the Copenhagen city center, Henning Larsen’s proposal for Fælledby transforms the former dumping ground site into a model for sustainable living, balancing human priorities with a strong commitment to the natural surroundings. Designed to accommodate 7,000 residents, the Fælledby community will be entirely timber construction, with individual buildings featuring birdhouses and animal habitats integrated within the building facades. Fælledby explores a living model with nature at its core, simultaneously crafting a new neighborhood to accommodate the demands of the growing city and increasing local biodiversity. 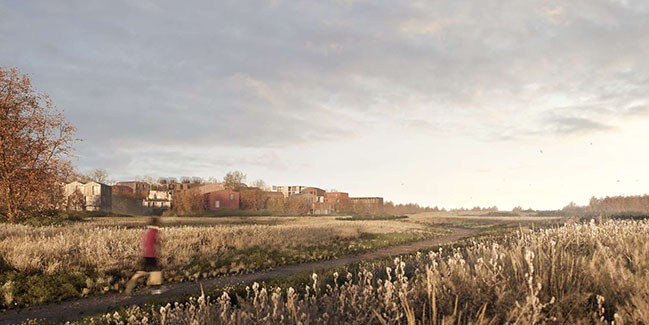 “Deciding to build in the natural landscape around Fælledby comes with a commitment to balance people with nature. Specifically, this means that our new district will Copenhagen’s first built fully in wood, and incorporating natural habitats that encourage richer growth for plants and animals,” says Signe Kongebro, Partner at Henning Larsen. “With the rural village as an archetype, we’re creating a city where biodiversity and active recreation define a sustainable pact between people and nature.” 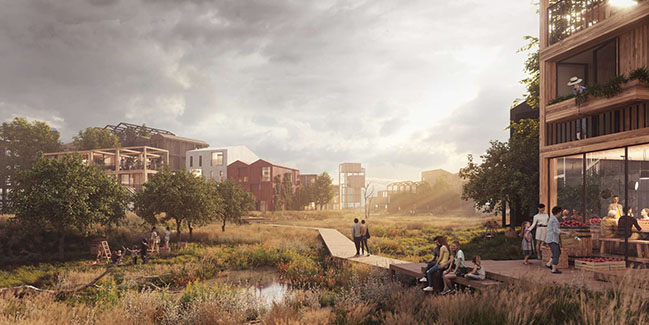 The neighborhood merges traditional Danish urban and rural typologies to create a hybrid that balances the city and its natural surroundings. Fælledby will develop in phases, growing outward from three distinct “cores” that together frame the neighborhood at large. This diffuse approach will maximize access to nature for residents and will allow the landscape to be organically integrated in the site. 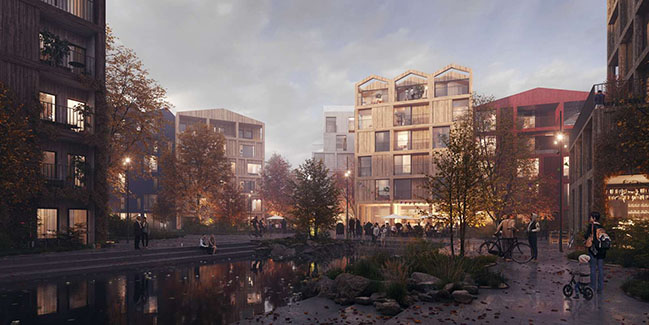 Developed in collaboration with biologists and environmental engineers from MOE, the scheme preserves 40 percent of the 18.1 hectare project site undeveloped habitat for local flora and fauna. Green corridors draw the surrounding landscape into the masterplan, dividing Fælledby into three smaller enclaves. These corridors allow residents increased and direct access to nature, but more importantly, allow the animal species of Amager Fælled to move freely through and within the area. 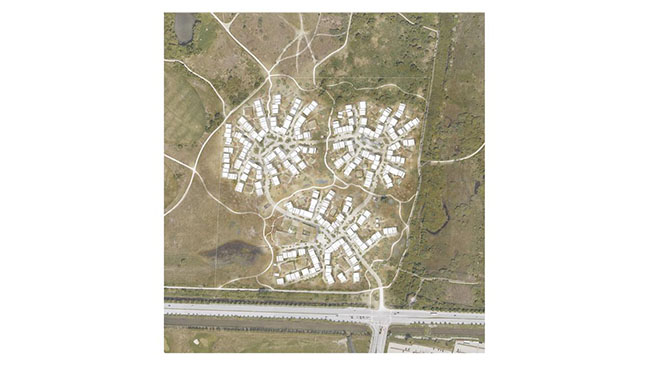 Nature is wholly integrated within Fælledby’s landscaping and architecture: nests for songbirds and bats are built into the walls of houses, new ponds in the center of each of Fælledby’s three communities offer a habitat for frogs and salamanders, and community gardens create new flowers to attract butterflies, to name a few. Narrowed roads and underground parking within the plan reduce vehicle traffic and visibility, making nature the focal point. 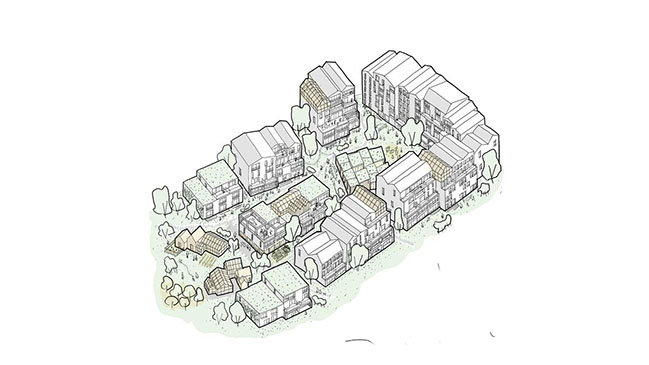 Compared to alternative materials such as steel or concrete, timber captures and stores CO2 during its growth – as a building material, it actively removes CO2 from the environment as it is produced. Fælledby is the latest in a resurgence of timber construction throughout Scandinavia, as the region sets a global example for sustainable contemporary architecture. Fælledby is a product of Henning Larsen’s own sustainable ambitions, as well as a reflection of local needs: an in-depth local hearing preceded the architectural competition, in which Copenhagen residents offered feedback to each project submitted for consideration. 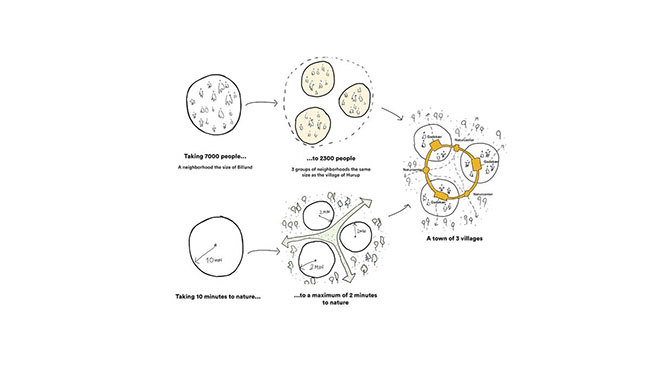 “[Fælledby] is an exciting and innovative proposal, unlike anything we’ve seen before in other parts of Copenhagen. The message from our dialogue with local citizens was entirely clear – we knew we had a responsibility to take great care of the community’s plant and animal residents, while at the same time building a sustainable neighborhood within this setting. We have a strong focus on developing the Fælledby masterplan on natural, local terms,” says Anne Skovbro, Managing Director of By & Havn. 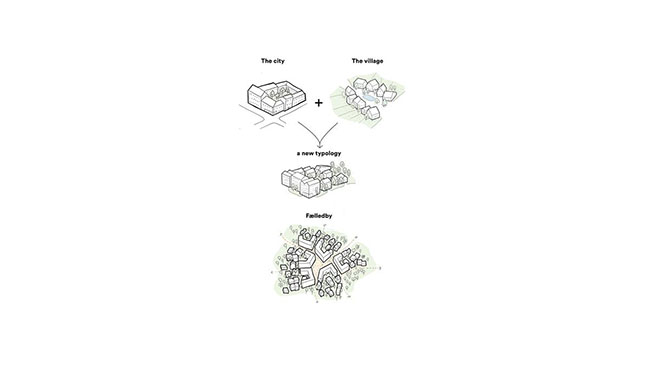 A beautiful place out in the country
In Denmark, building in harmony with the landscape is nothing new. For 1500 years, the agrarian Danes have established villages and homesteads throughout the countryside, always built with a keen awareness of the effects on the surrounding farmlands, pastures and animal habitats. 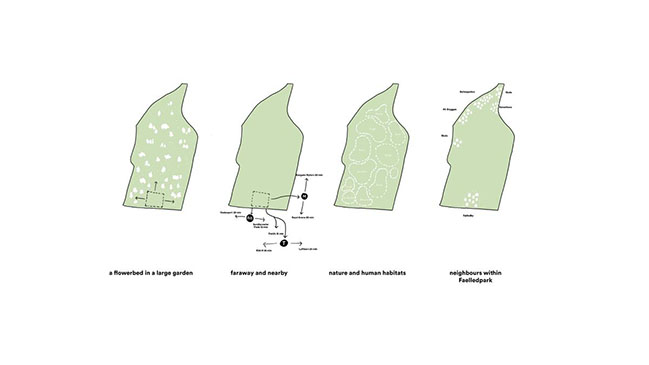 The Fælledby masterplan translates these fundamental qualities – a close-knit community, and an intimate connection to nature – into a new, sustainable district. Fælledby takes shape as three radial neighborhoods, each one encouraging a more intimate, small-scale sense of community to flourish. Native-planted green swathes run between these three mini-villages, ensuring free movement for local wildlife and weaving the natural landscape into the core layout of the larger Fælledby community. From any given residence, nature – untamed and indigenous – is less than a two-minute walk away.

“Like the traditional rural village, the Fælledby masterplan stands for itself within an open natural landscape. This gives an opportunity to create a setting that is uniquely sensitive to sustainability and natural priorities,” explains Kongebro. “We see a potential to build a new city that speaks to the sensibilities of younger generations, to create a home for people seeking a solution on how to live in better harmony with nature. For us, Fælledby is a proof of concept that this can indeed be done.” 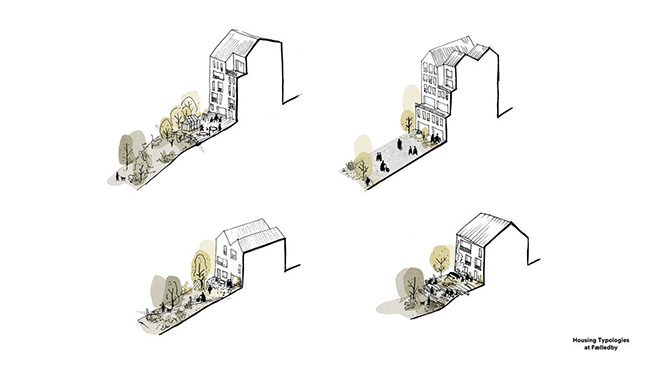 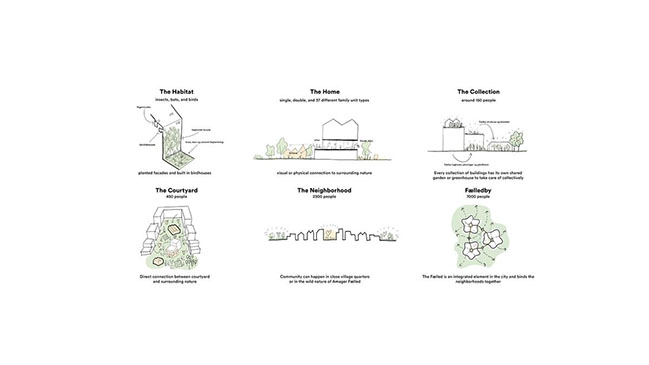 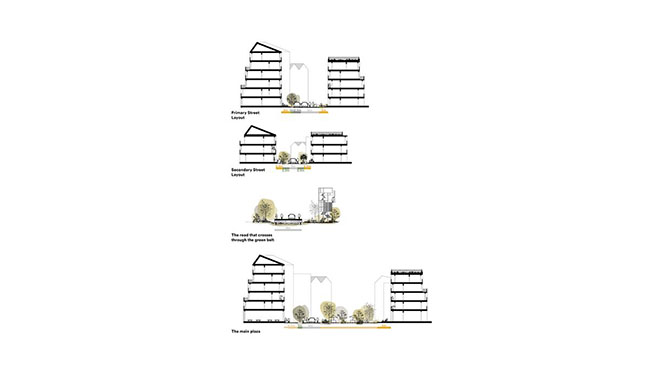 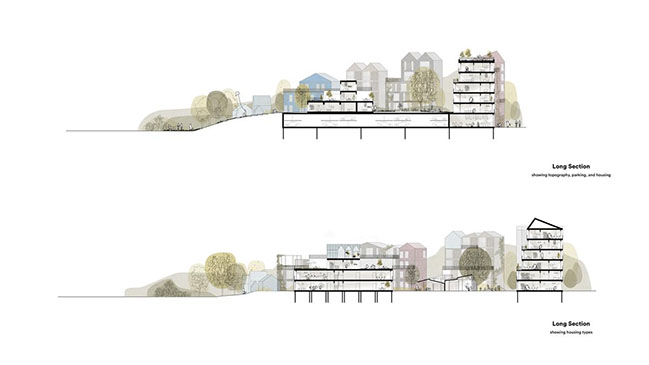