Cast Iron House is a duplex penthouse by Shigeru Ban Architects to insert the new modern living space inside the historic facade building in New York. 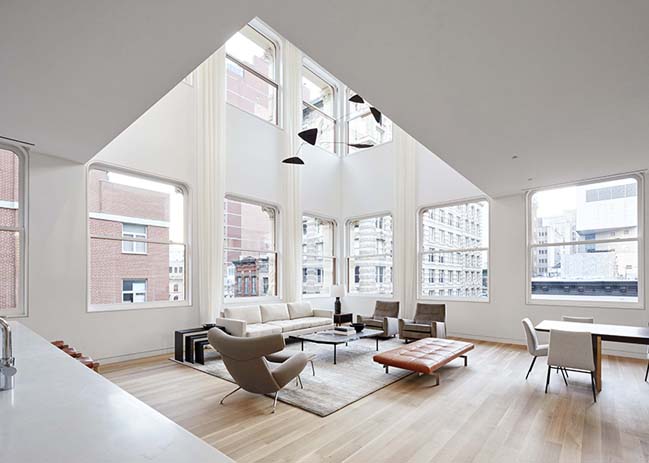 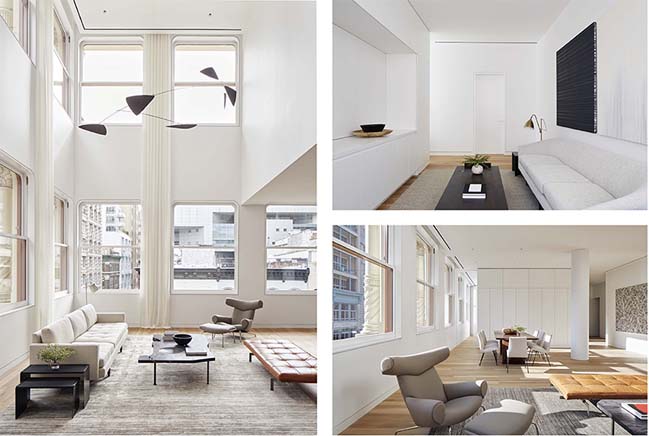 Follow the architects: The original 361 Broadway building, completed in 1882, has been named a New York City landmark for its exquisite cast iron facade. The existing façade has been preserved, while the building’s interior has been reimagined to include 11 double height units and a two story penthouse addition. The insertion of the new, modern living space inside the historic façade is likened to a ship in the bottle. 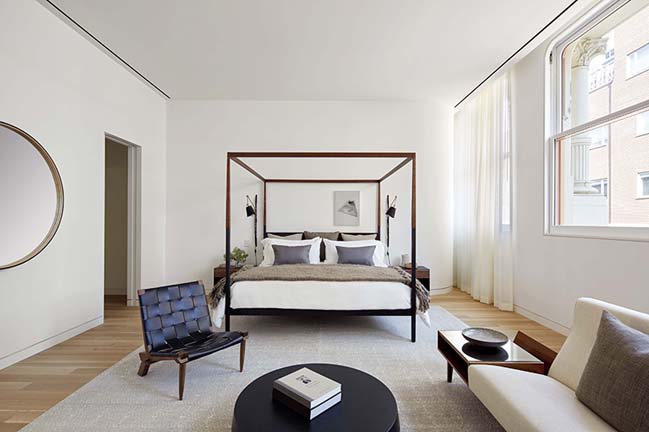 The new penthouse addition both integrates with and differentiates itself from the existing building. It employs a cantilevered Vierendeel truss with rectangular bays, referencing the proportion of the existing cast iron window bays below. The truss presents itself as a single story structure when seen from the street, and appears to float above the cast iron structure. The cantilevered ninth floor enables full height sliding doors at the eighth floor to open the north façade entirely to the terrace. 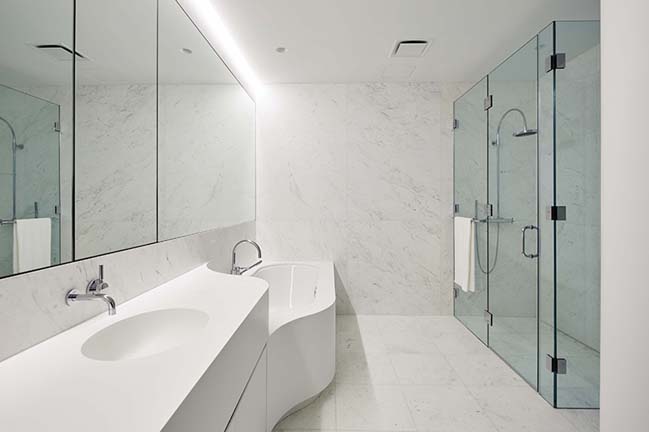 Amenity spaces have been provided in the basement, which include an exercise gym, dance studio, game rooms, an exterior courtyard, and a spa with sauna and steam room. 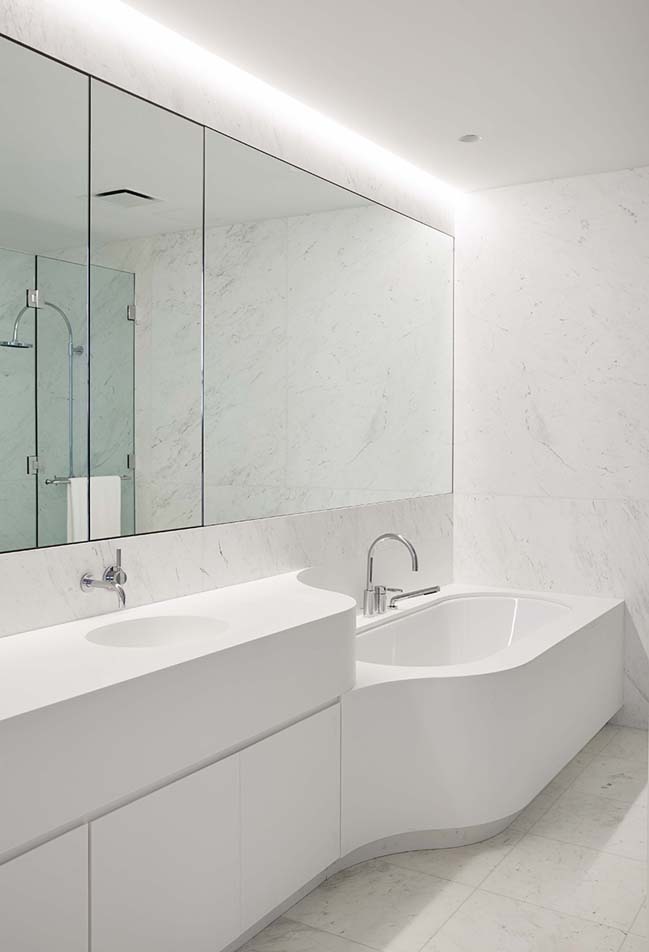 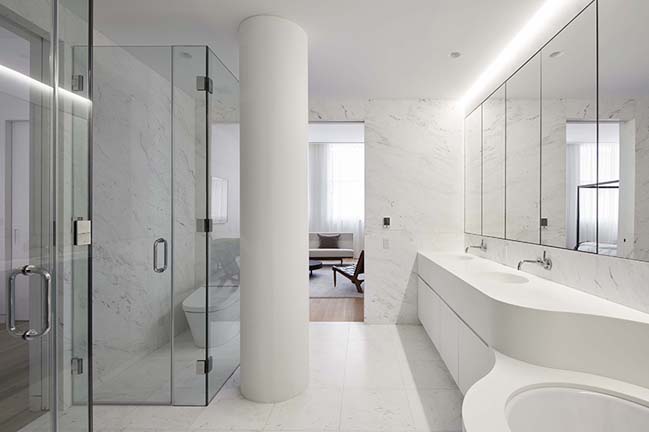