The project is a 52-year old building in Sangenjaya that was renovated to build a new house with a small gallery to response the needs of the owner. 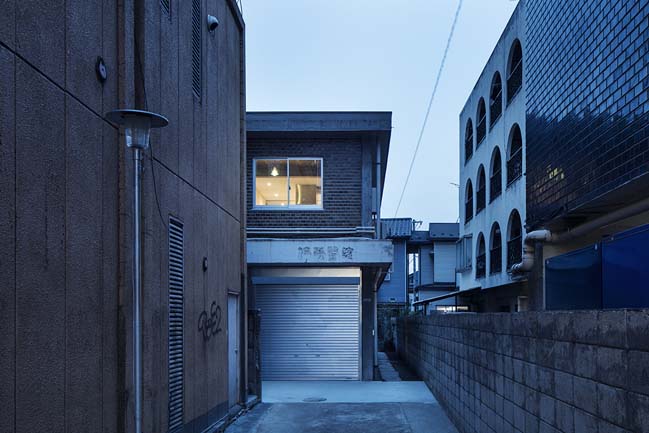 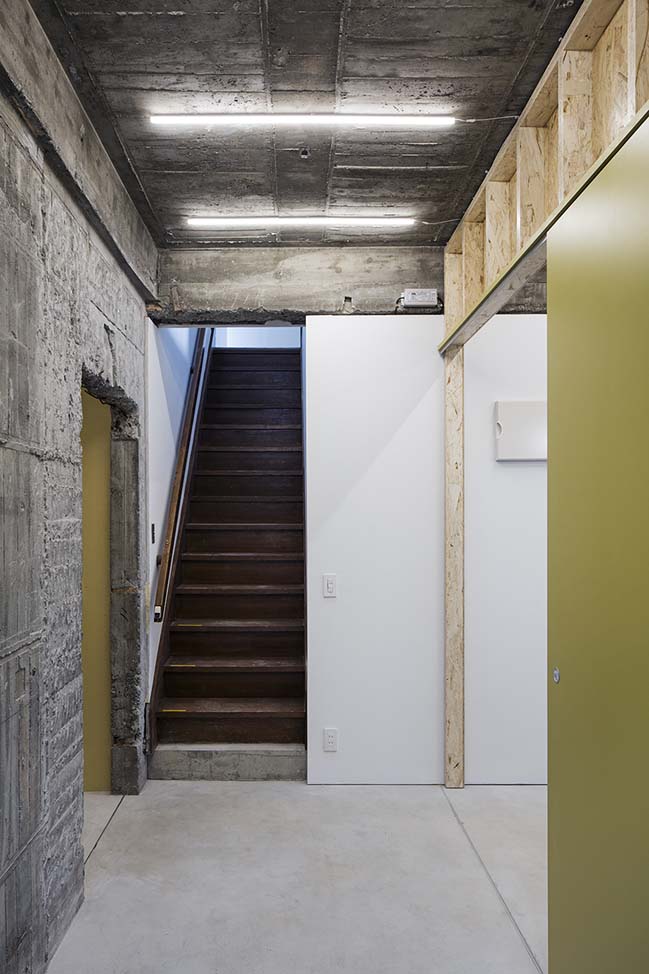 From the architects: There is a dead-end street sandwiched between two mid-rise buildings at a three-minute walking distance from Sangenjaya station. Peeking into the narrow street, one finds the space suddenly opens up to the sky and the 52-year old building quietly standing at the dead-end. Our client’s grandfather had been using the building as his clinic and a private house for his family for a long time, before the client inherited it and asked us to do the renovation. Considering its location in the city, a reasonable decision would be to build a new tenant building or rental apartment building with an increased floor area, but the client wished to keep the existing building, which had been loved by the local residents for a long time, rather than prioritizing business profits. We started out with preserving the structure and making plans to generate new activities there, with an aim to eventually “foster” a place loved by the community again. Since the client wanted to invite many friends to the new house, we placed a small gallery (to be operated by the client himself) at the southwest corner on the first floor and his house on the second floor, and connected both spaces. We also decided that the remaining space on the first floor would be rented out to a tenant, hoping that the space will mediate between the building and the city and all the activities inside will extend beyond and synchronize with urban activities. 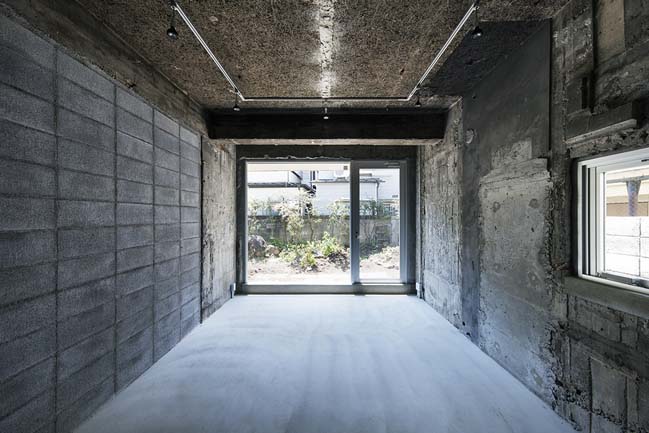 Since the center of Tokyo used to have more spaces 52 years ago, spaces in this building were planned generously; half of the second floor is a spacious balcony where you can experience an open feeling under the urban sky. The balcony and the connecting doma (meaning an “earth space” in Japanese) mediate between the public zone (tenant space and gallery) on the first floor and the private space (house) on the second floor, connecting all activities to generate lively interactions in daily life. The distinct charm of the 52-year old structure was kept as much as possible; the exposed exterior facades are kept as they are, while all infrastructure is encased in the service core finished with painted plasterboard. The infrastructure branches out from the main core and runs through the plenum above the painted ceiling above doma, under the raised floor and behind the painted walls to serve the public and private zones 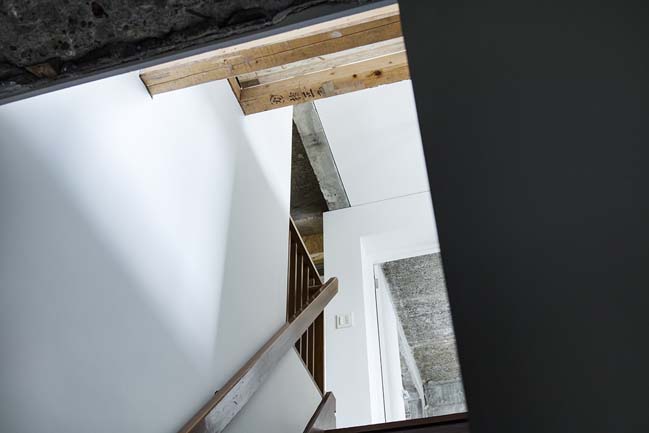 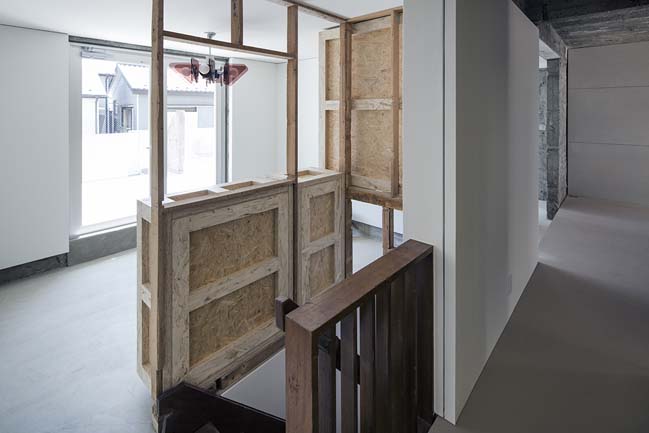 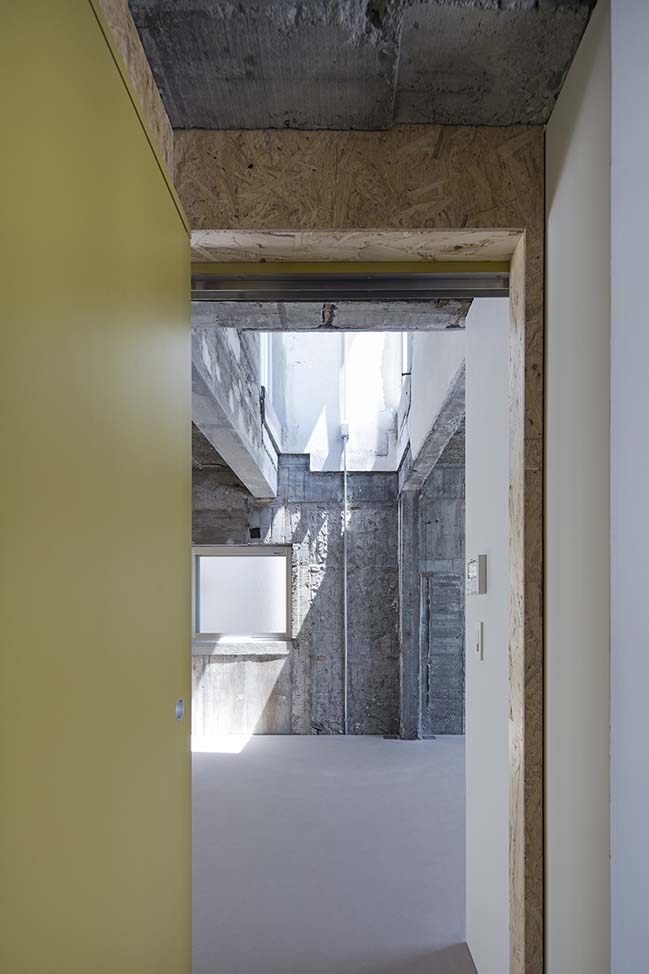 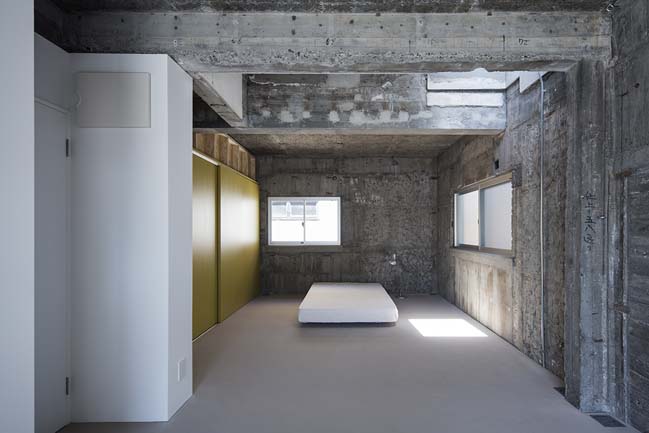 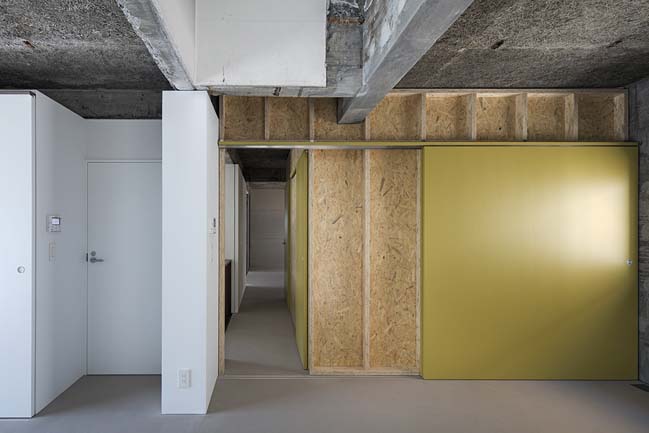 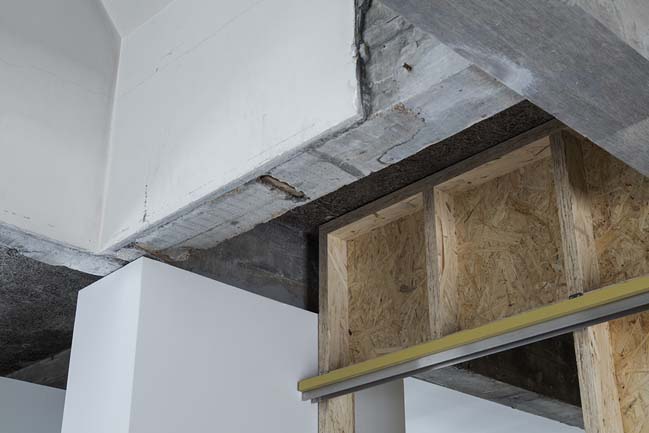 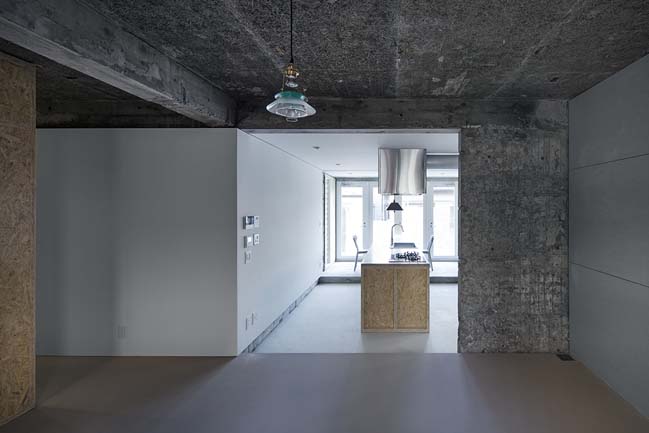 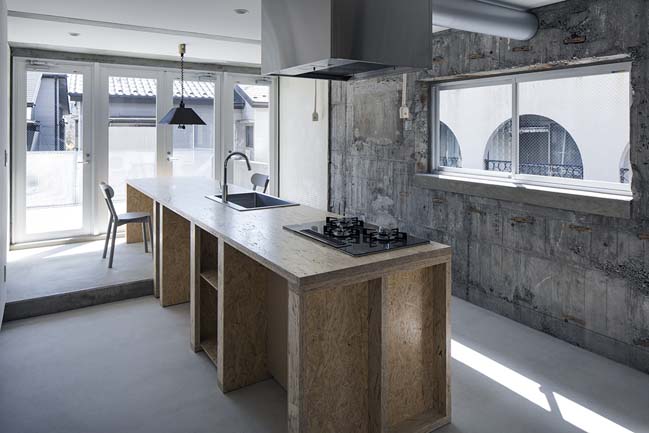 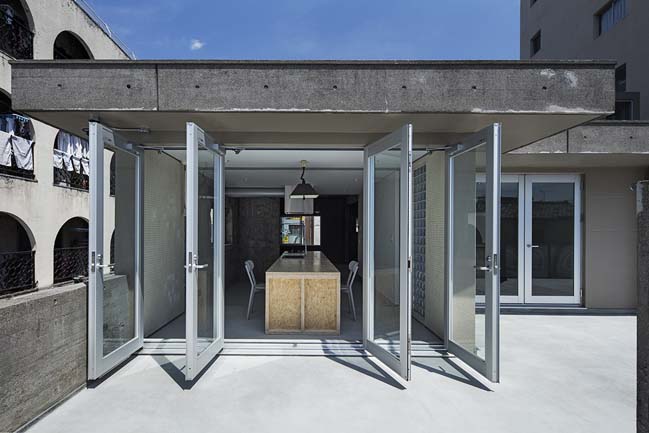 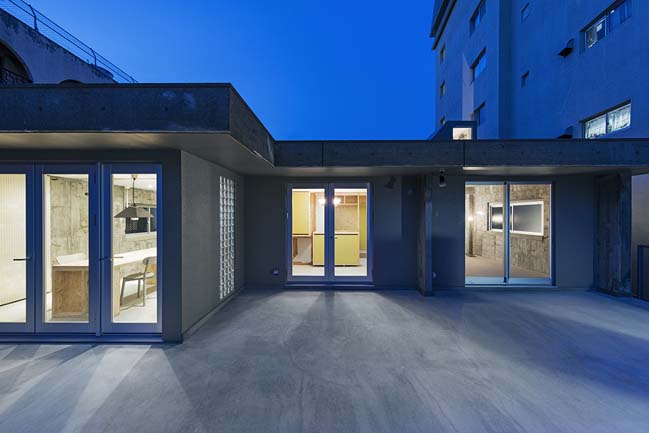 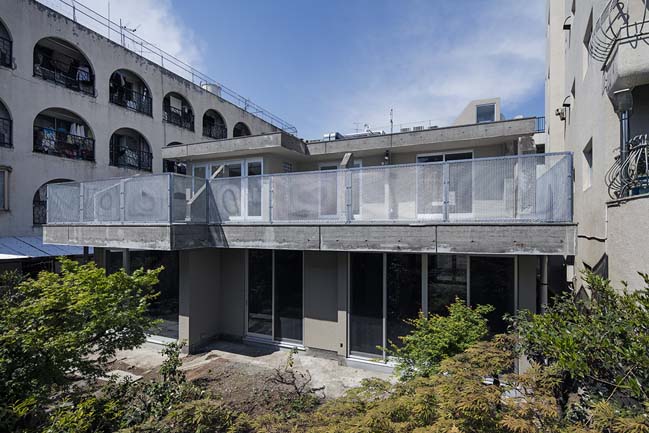