A house from the early XX century in Milan, about 50 square meters large. To study its physiology and materiality. To understand that those who designed and built it they would have never believed in all the infinite small changes that each inhabitant would have made in less than a century (for example, the shared heating pipes are positioned in the middle of the house, instead of along the perimeter). 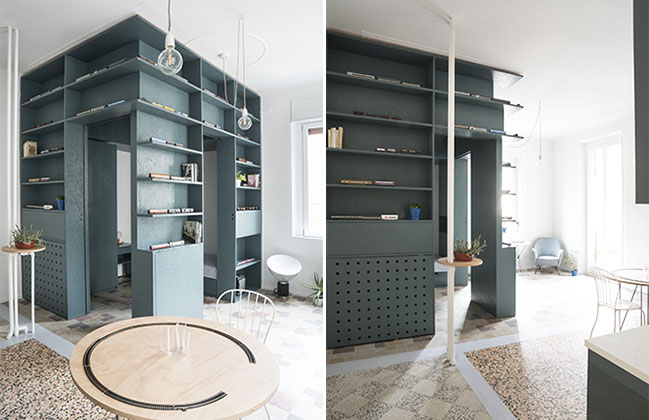 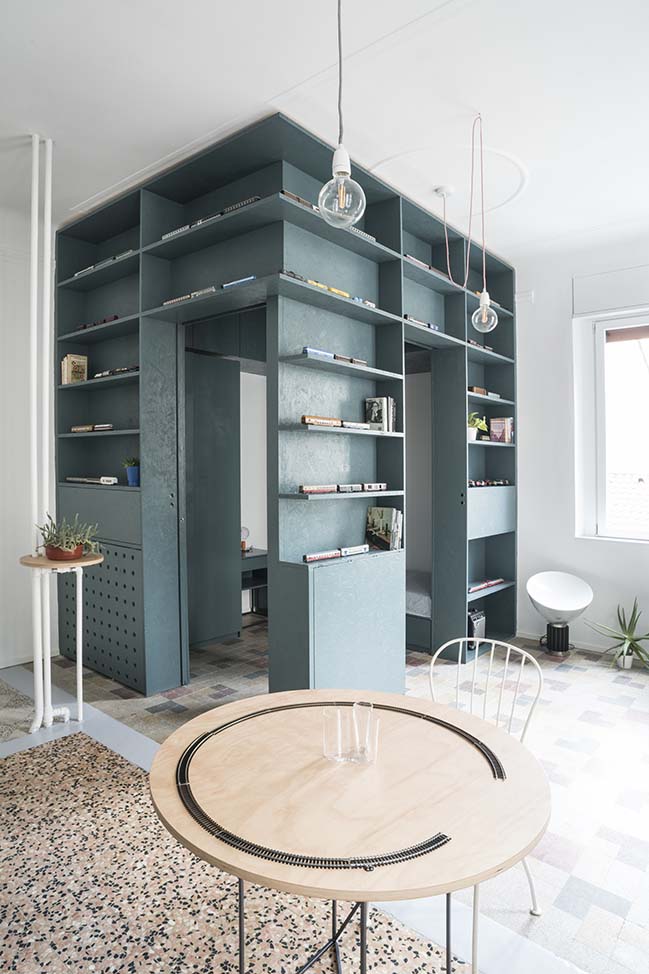 From the architect: To appreciate the few details that an economic house could offer to the low middle-class bourgeoisie, recently urbanised: the plaster frames in the ceilings, with geometric patterns; the terrazzo floors (a mixture of cement and marble scraps, not being able to afford real marble floors); the boiserie of the windows, with wooden double darkening system, internal and external shutters. 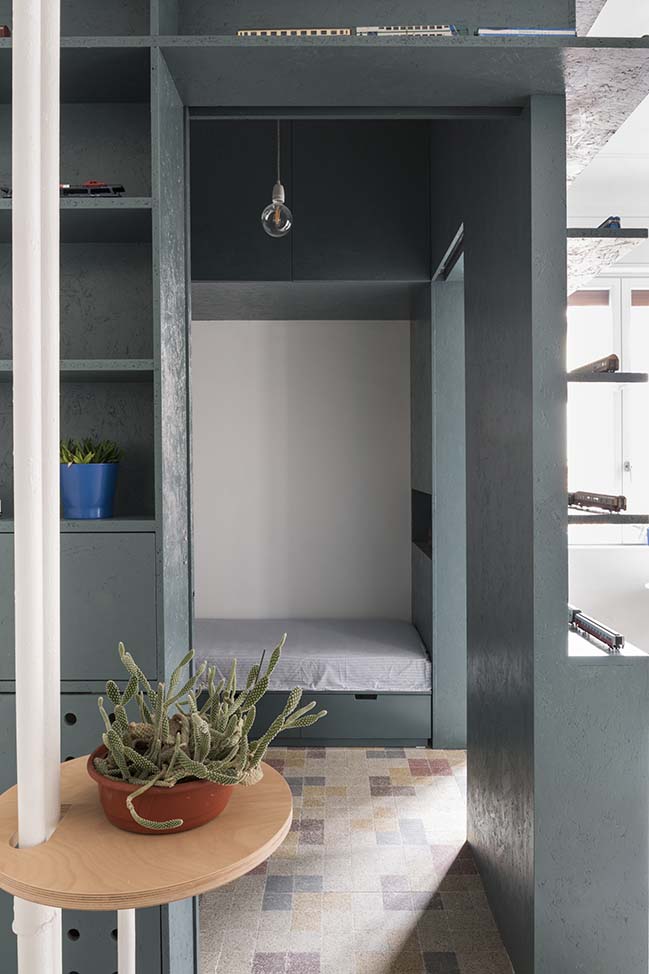 To discover that what yesterday was economic is today almost sophisticated and precious. So the new project wants to maintain the original intention and some traces of the previous inhabitants (who have changed the original ambient too), such as the arch between the entrance and the living area, a first attempt to open the spaces between each others, especially the ones of conviviality, like the living room, to mark the passage between the different areas of the house in a lighter way. 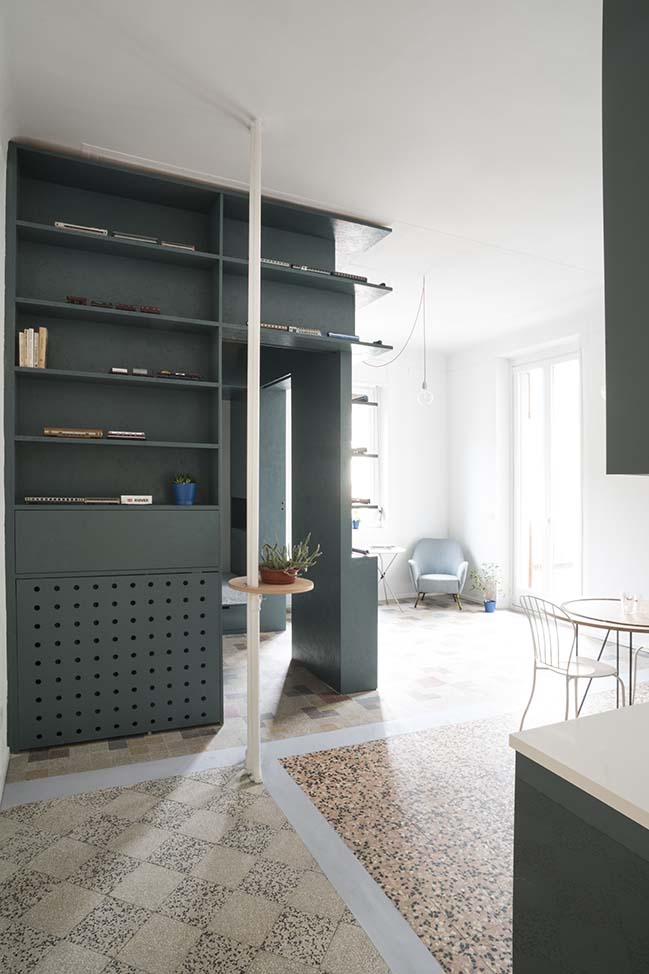 But what the original project offers is precisely the space, in its different dimensions, the high ceilings, the long corridor, the large rooms, areas that we are no longer used to, with the surfaces designed nowadays to reach the minimum dimensions in an economic context. The space, in fact, is the object of the greatest transformation and so the new project folds the old one without breaking it, without canceling it completely.

The space, which is already there with all its qualities, is released and re-structured with light elements, the furniture. These pieces, like large objects, creates new environments, no longer as separate spaces but as nuances of space, continuously modified by a movement of furniture, which open, move, rotate, become alcove, deposit, surface of work, archive, game. 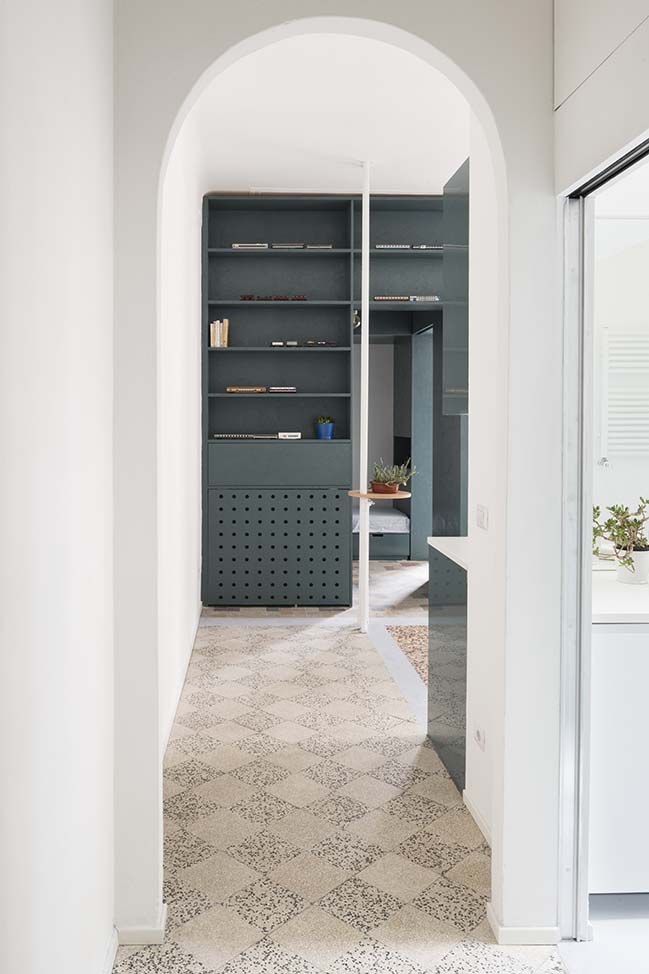 Taut to the structure of a remembrance - the original floor portions, with the traces of the demolished walls - the new space is a sum of possible actions, which reset the house from time to time, transforming it into a light device, easily adapting to changing needs of its inhabitants - in this case, a fan of model railways. 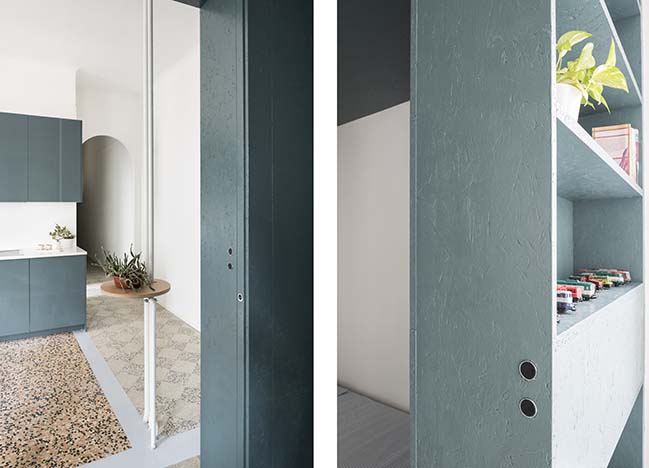 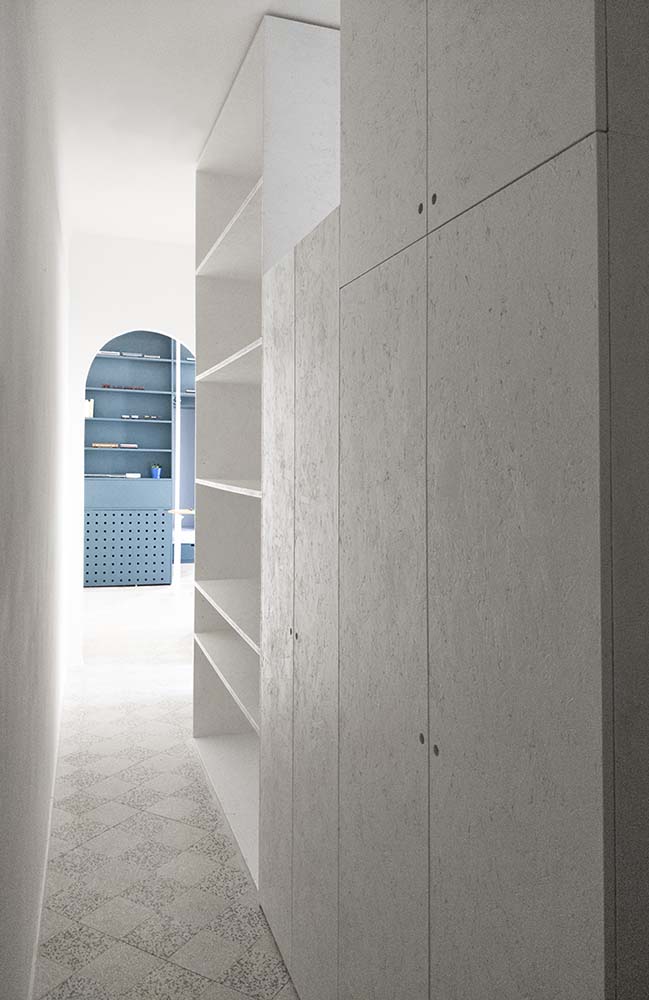 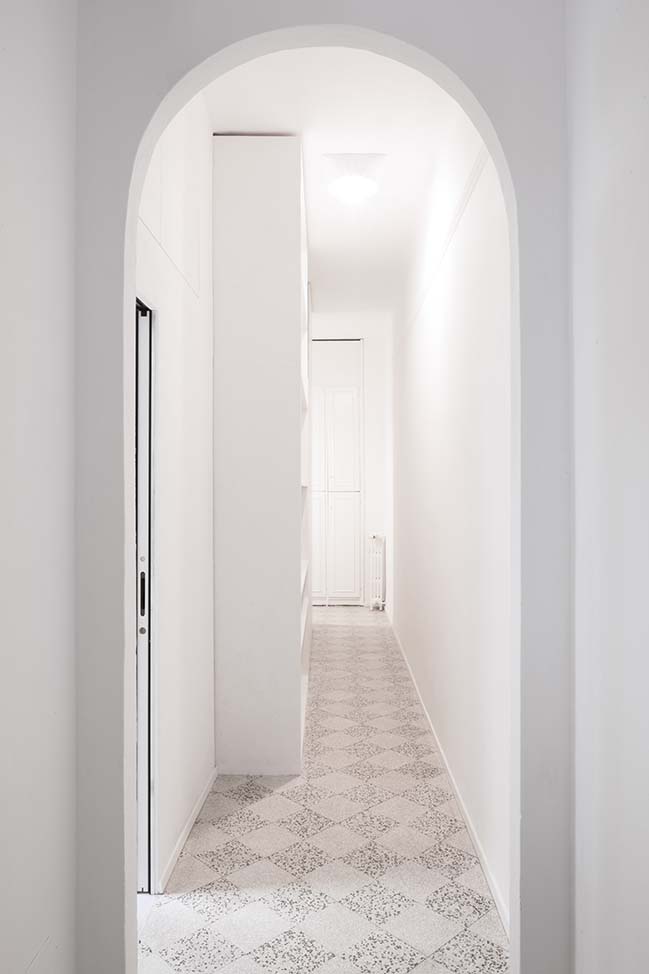 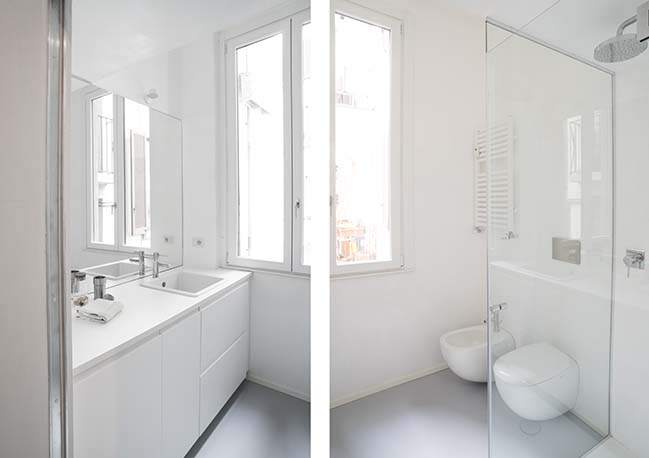 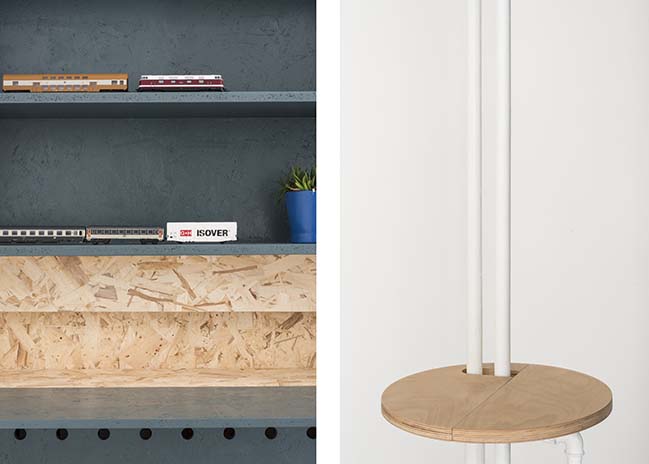 YOU MAY ALSO LIKE: Wireless House in Milan by tIPS ARCHITECTS 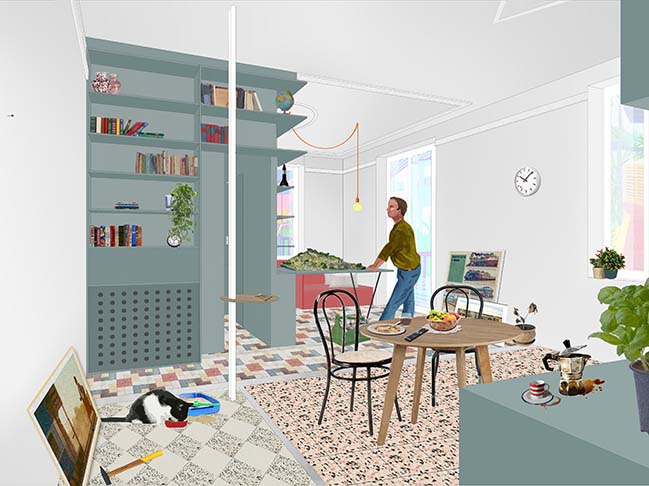 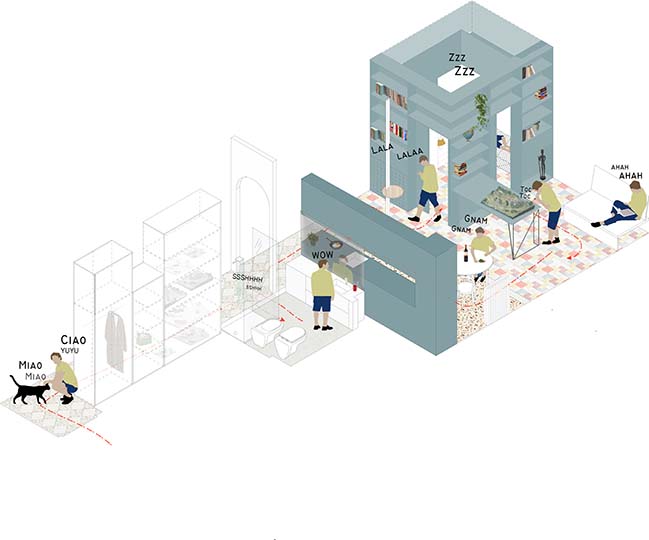