The Limes Museum in Aalen – the largest Roman museum in Southern Germany – has received a new content-driven design. It was created by the Stuttgart-based scenographers ATELIER BRÜCKNER, developed in close collaboration with the curators of the Archaeological Museum of the State of Baden-Württemberg. The opening on 24 May is celebrated with Prime Minister Winfried Kretschmann. A week of events culminating in UNESCO World Heritage Day on 2 June follows. 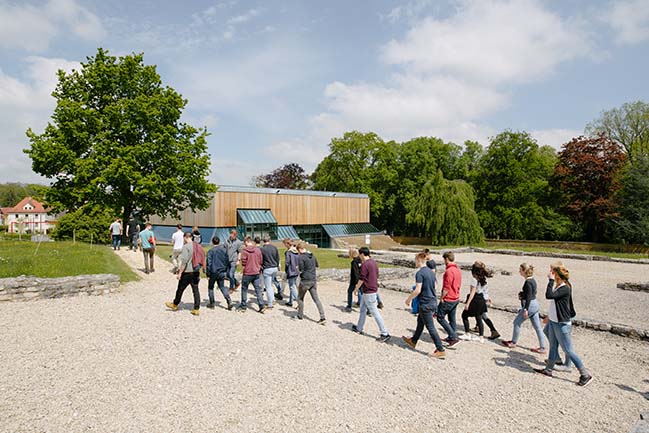 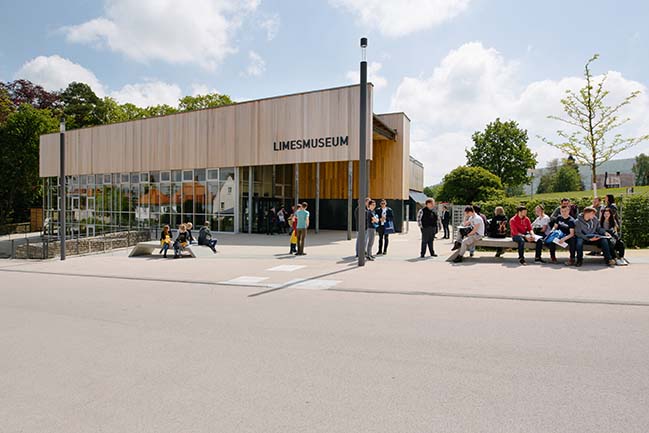 From the architect: The exhibition brings to life the 164 kilometre-long section of the Limes located in today’s Baden-Württemberg. Visitors are offered two approaches: in the darkened setting created on the ground floor, visitors are submersed in the living environment of the Romans and Teutons along the Limes. Flooded with light, the upper storey is all about research into the former border and its significance today. Large-scale illustrations create the different spatial images. 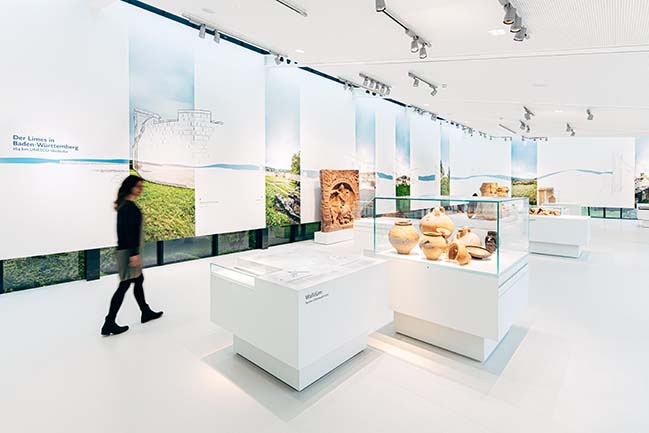 Opened in 1964 and restored by Egger Kolb Architekten, the museum building is located on the site of a Roman cavalry fort that lies around five kilometres to the south of the ancient Limes line. It was the largest north of the Alps. From around 160 to 260 AD the Ala II Flavia, an elite group of the Roman Empire, was stationed here. The exhibition emphasises the connection to the ancient place and tells its story. 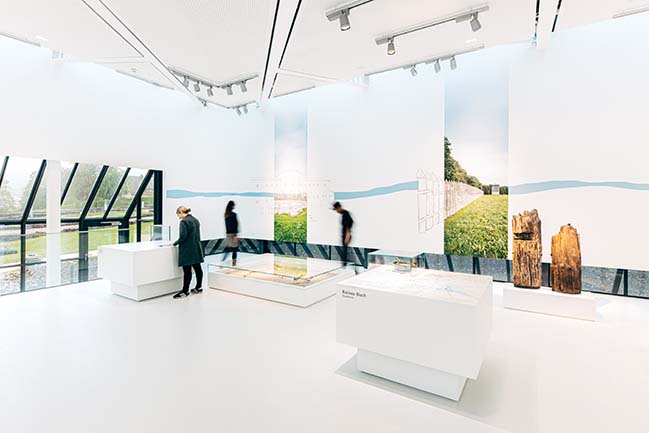 On the ground floor, the visitors find out about life on the Limes. They enter military and civilian areas of life: a Limes watch tower, a civilian settlement, the fort with a view onto the archaeological park directly outside the window, the headquarters building and the cavalry barracks. Each spatial unit is jam-packed with objects , reflecting the sheer size of the find. A total of 1,500 artefacts are on display in the museum, including numerous everyday objects such as ceramic cooking pots, keys of bronze and iron as well as leather shoes which have stood the test of time. One of the most valuable exhibits is a collection of numerous fragments of parade armour, some of which were found in Welzheim, Ruit and Aalen. These can be viewed in the 'Cavalry barracks’ life-world. 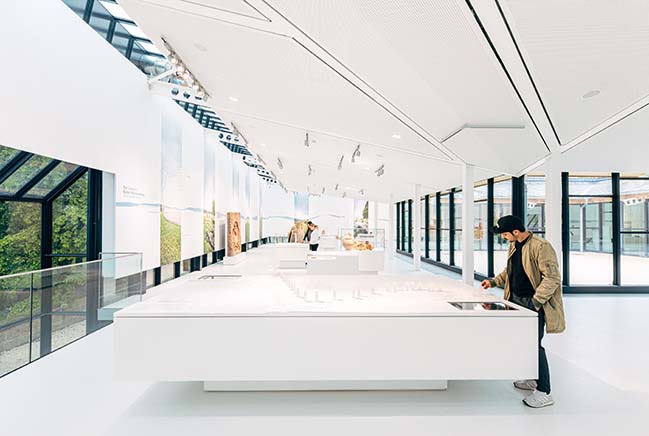 The life-worlds are arranged around a darkened panorama room which focuses attention on ancient Aalen. A tin figure diorama from 1972 with a wealth of details and a large-scale illustration wrapped around the space complement each another. Using animated projections, the illustration (Burkard Pfeifroth) introduces people from the antiquity which also accompany the visitors on their circuit tour of the ground floor. The characters are known from ancient inscriptions. In the staff building, the visitors encounter Prefect Marcus Ulpius Dignus, master over 1,000 cavalry soldiers. And in the civilian settlement they come across the doctor Claudia Messorina and her daughter Aurelia. Presented as silhouettes in the room, they tell of their everyday lives. 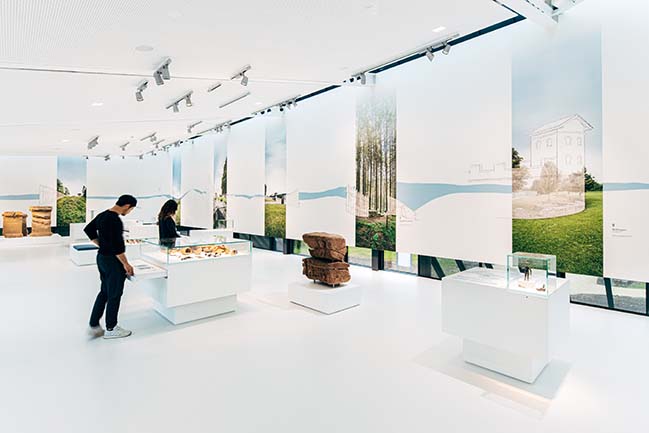 A bright room flooded with daylight welcomes the visitors in the upper storey. Around the panorama walls, floor-to-ceiling photographs in portrait format show constructional finds (photographer: Günther Bayerl). Graphically supplemented by the illustrator Burkard Pfeifroth, these are connected along a stylised horizon line. The result is a connected overview of Baden-Württemberg’s 14 ancient Limes sites. The objects on display are aligned with the location of the respective find. At media stations visitors can explore them interactively, learning about the various research methods in the process. For example, in the case of Öhringen, an ancient inscription has to be read in order to interpret the site as holy well while Rainau-Dalkingen with its oak posts of the Limes palisade invites the visitors to find out more about the method of dendrochronology. The overarching media station 'The Limes in Baden-Württemberg' offers a terrain model of the Limes line in Baden-Württemberg with an interactive view of its former function as signalling chain. The research methods featured here are aerial photography and laser scanning. 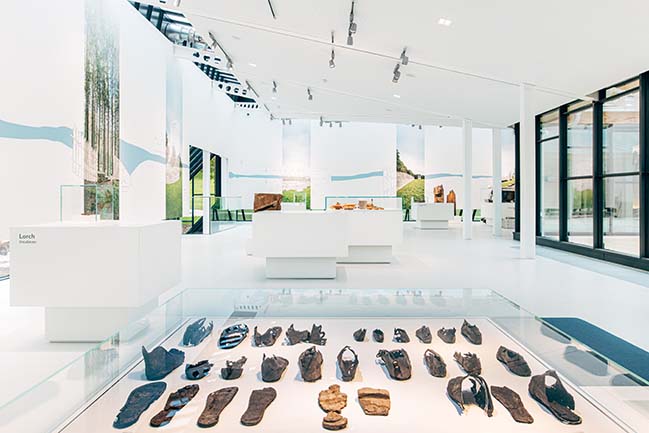 Research about the Limes has changed its interpretation as border wall. This is also shown in the title ‘The Limes. A Frontier for Rome’ at the entrance to the exhibition. Here, on the edge of the Roman Empire, a multitude of trading relationships and open cultural exchange were enjoyed. The epilogue of the exhibition takes a look at borders and border structures of the present and recent history, for instance the Berlin Wall: What do borders mean for us and in our times? The fact is that the Limes connects as a shared European cultural heritage. “We can shape the way we deal with borders,” says Dr. Martin Kemkes, head curator of the exhibition (Archaeological Museum of the State of Baden-Württemberg). 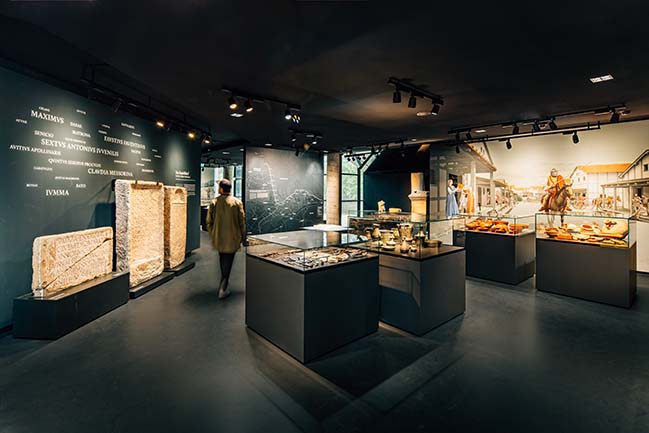 The Limes is the longest ground monument in Europe. Since 2005, the Upper German-Raetian Limes has been a UNESCO World Heritage. Together with Hadrian’s Wall and the Antonine Wall in Great Britain, it forms the transnational World Heritage site 'Borders of the Roman Empire'. The Limes Museum in Aalen, a branch museum of the Archaeological Museum of the State of Baden-Württemberg, is the central museum for the presentation of the UNESCO World Heritage in South-West Germany. 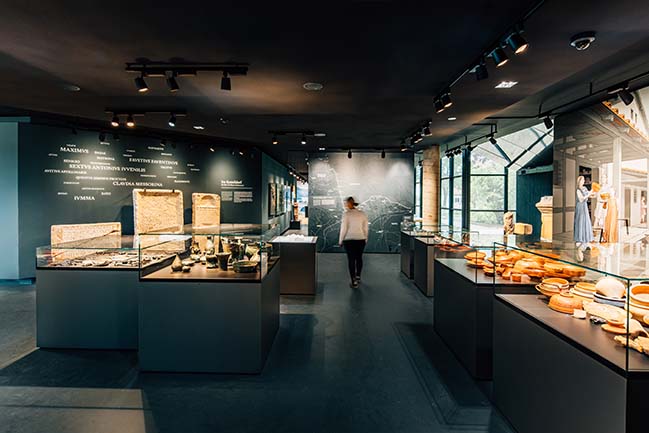 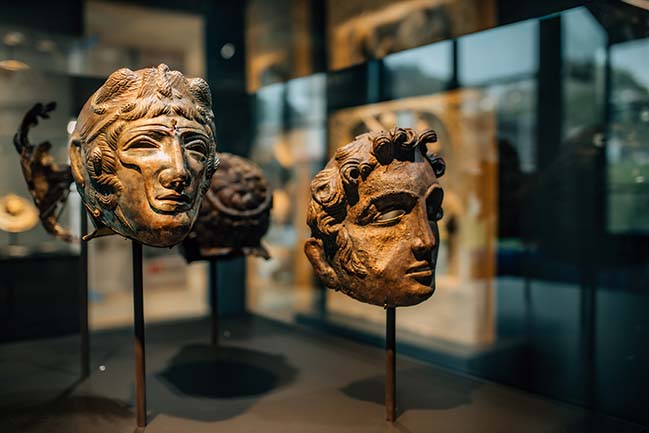 YOU MAY ALSO LIKE:
> August Horch Museum by ATELIER BRÜCKNER
> Museum of the Year 2019 shortlist unveiled 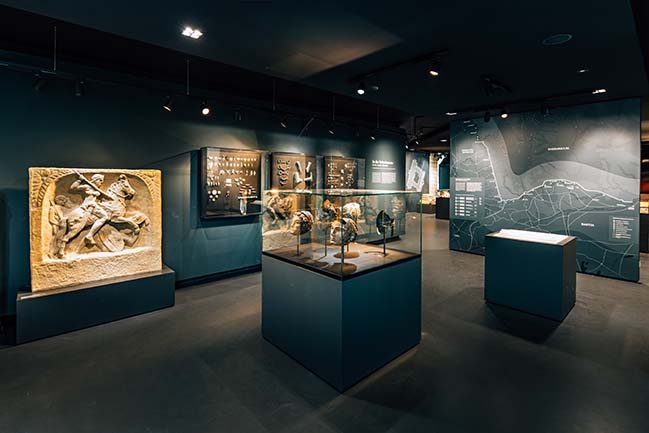 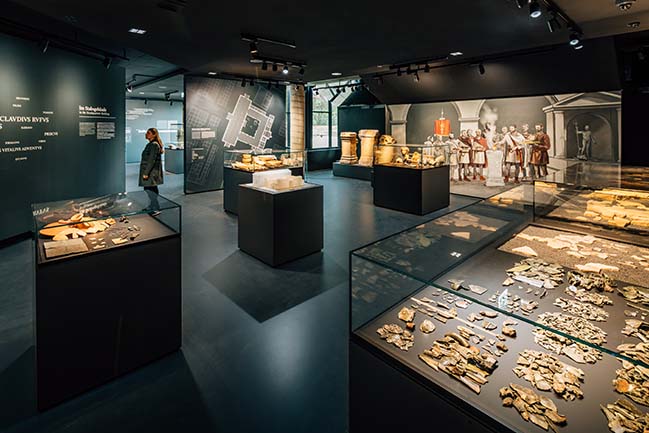 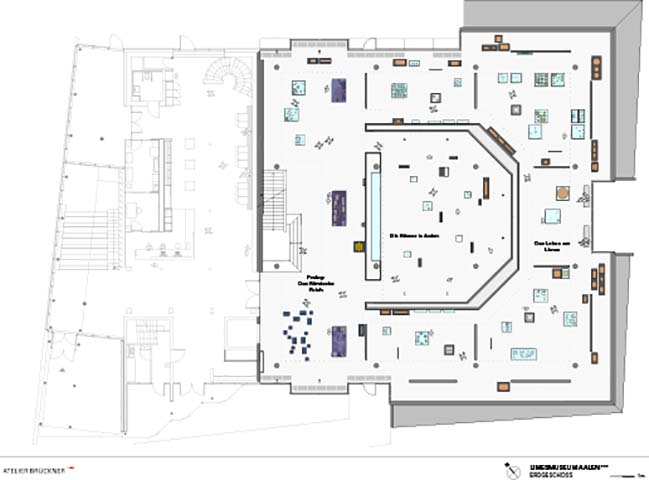 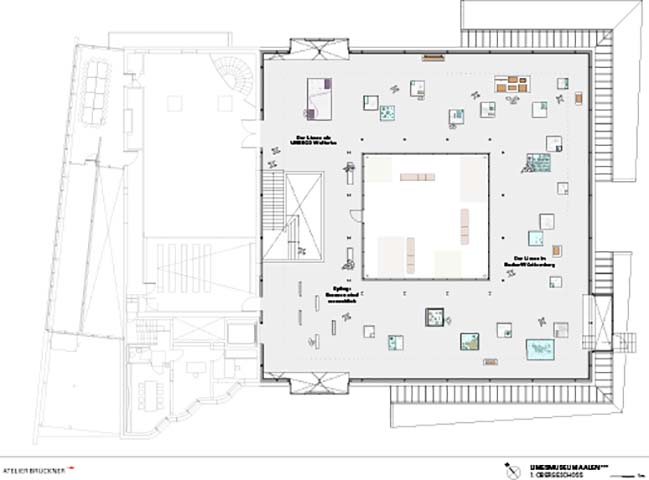 05 / 25 / 2019 The Limes Museum in Aalen - the largest Roman museum in Southern Germany - has received a new content-driven design. It was created by the Stuttgart-based scenographers ATELIER BRÜCKNER