Goede Doelen Loterijen Office was renovated and expanded an existing building with the design of the new and remarkable roof in the Netherlands. 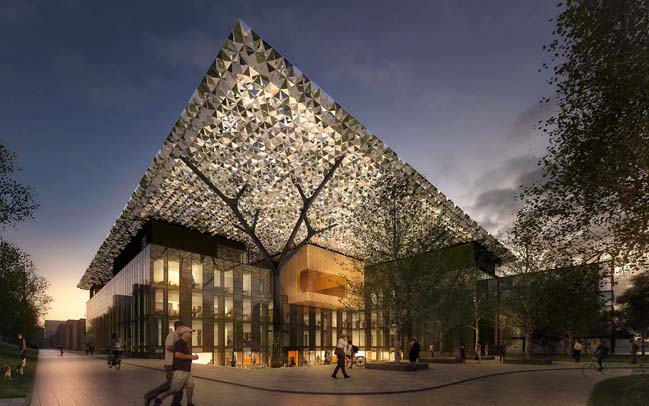 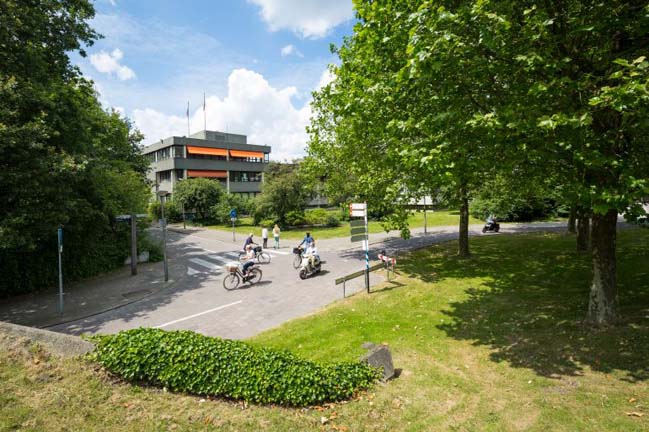 Follow the architects: The Dutch organization Goede Doelen Loterijen, with their three different lotteries the biggest group of charity lotteries in The Netherlands, has about 500 employees that are now scattered among fifteen different locations. Benthem Crouwel Architects designs the expansion and renovation of their new office, where they can all efficiently work together: a sustainable, open and accessible building that expresses the values this organization stands for. 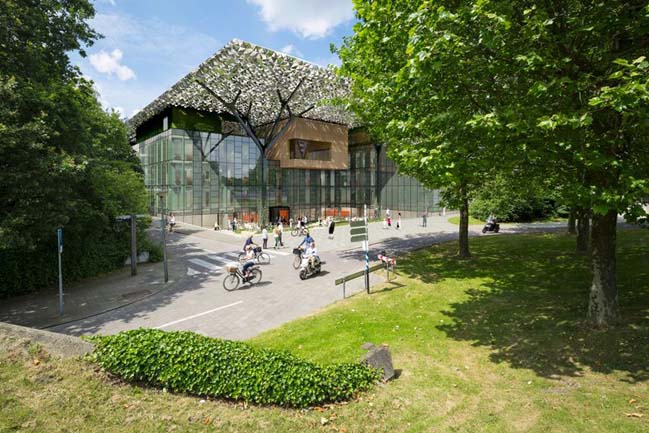 In the south of Amsterdam, near the business district, an existing building that has stood vacant for a long time will be expanded and renovated. After renovation the building will receive the BREEAM rating ‘Outstanding’, which means it will one of be the most sustainably renovated buildings in The Netherlands. Employees of the organization were invited to participate in the process and help design their own new office. The building will have an public restaurant, a TV studio, a hall and auditorium that can be used for expositions and lectures. It will be an open building that is not just used by the staff, but also the beneficiaries and the people from the neighbourhood. 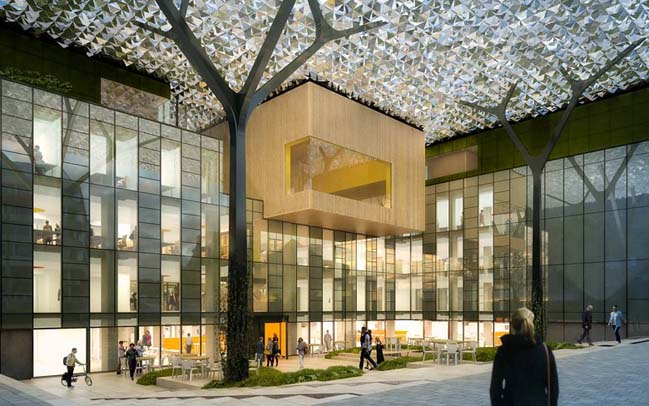 Workshops and meetings with employees, as well as visits to the locations where they are currently working, were the inspiration for the design of the new and remarkable roof. Both the greenery and gardens at the current locations and the trees in the park that is close to the new location, are represented in the roof and its construction. By adding an extra floor and constructing a roof over the entire, existing building, the current patio becomes a large and open courtyard. 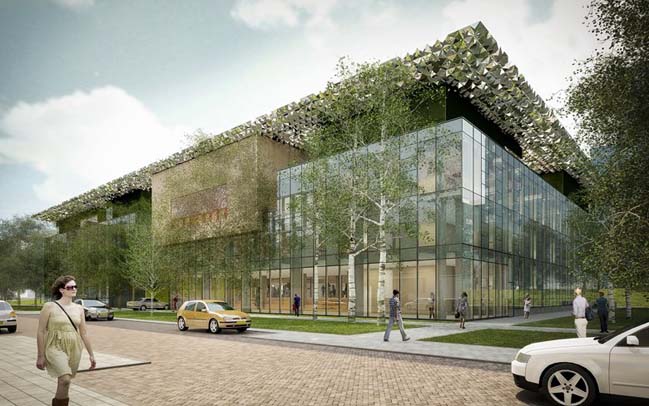 The roof is carried by three large and three smaller columns that are shaped like trees. The roof itself consists of 6.800 leaves of polished aluminium. The leaves create a beautiful and organic pattern of light and shadow that resembles the dappled light that filters through a canopy of actual leaves in a forest. Colours, brightness and atmosphere vary, depending on where and when one is in the building. The new roof acts like a grand gesture towards the surrounding area, and is visible not only from the high-rises of the nearby business district but also (on eye level) from the houses in the neighbourhood. 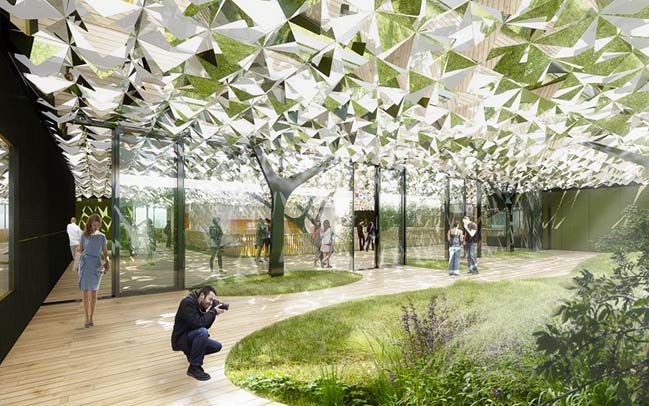 But the roof is more than a visually stunning addition to the building: with its 2.400 m2 of solar panels, it also serves as a significant source of sustainable energy. It also collects rainwater that is subsequently used to irrigate the roof gardens, and to supply the sprinkler and flushing systems with water.

By choosing to renovate and expand an existing building instead of designing a new one, and by using the newest and most cutting edge sustainability techniques, the new housing for the Goede Doelen Loterijen will be an almost completely energy neutral building. It will receive the prestigious BREEAM rating ‘Outstanding’. Benthem Crouwel Architects is proud of this project and sees it as a forerunner when it comes to sustainable building and renovation. 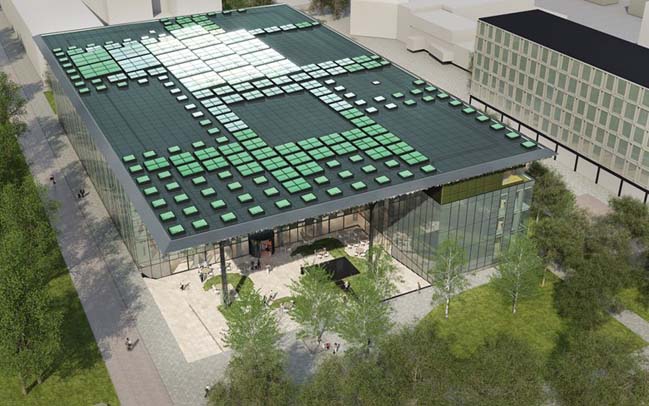