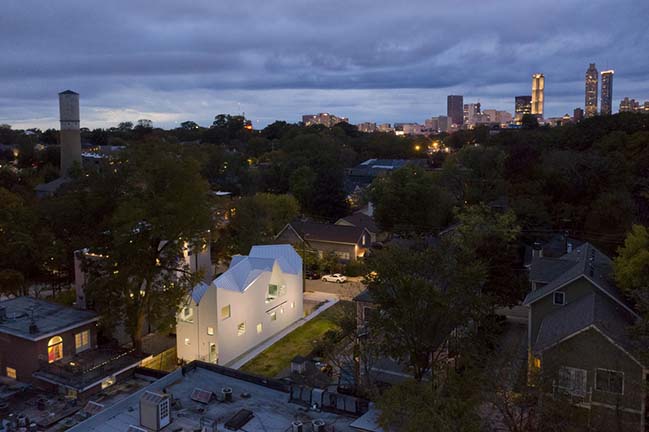 In 2019, a jury of architects and design professionals selected the winners in a portfolio competition around the theme “Just,” or architecture’s unique ability to address social concerns and engage a wide range of mediums, geographies, and inhabitants.

As an architect and designer, Bonner is interested in reinventing materials, hacking typologies, and playfully reimagining everyday architectural elements from gable roofs to brick facades. In 2009, she founded the firm MALL, which stands for Mass Architectural Loopty Loops or Maximum Arches with Limited Liability—an acronym with built-in flexibility. Most recently, she completed a ground-­up residential project in Atlanta’s Old Fourth Ward neighborhood. The 2,200-­square-­foot home, Haus Gables, is one of only two residences in the country made of cross­-laminated timber (CLT), an exceptionally strong wood material produced by gluing together layers of lumber that alternate in direction. Inventively, a cluster of six gable roofs establishes the structure’s angled floor plan, while large asymmetrical windows and pops of pattern and color activate the lofty, luminous interior. 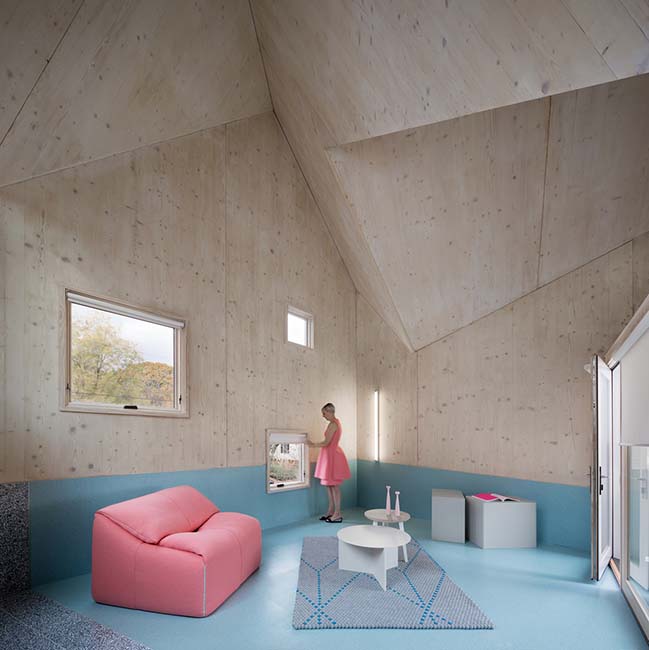 As part of the 2019 League Prize program, Bonner will speak about her practice in New York City on Thursday, June 20 at 7:00 pm among other League Prize winners including Mira Hasson Henry of Henry Architecture (HA) and Cyrus Peñarroyo of EXTENTS. 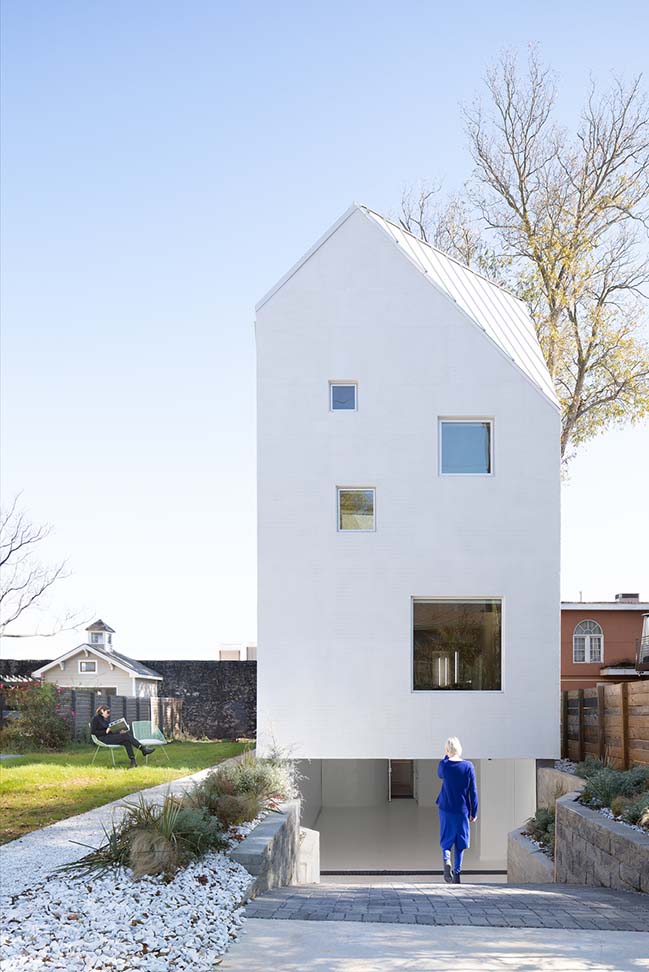 Born in Alabama, Bonner is Associate Professor of Architecture and Director of the Master in Architecture II Program at Harvard University Graduate School of Design. As a recipient of the AIA Atlanta Emerging Voices Award, Progressive Architecture (P/A) Award and Next Progressives (Architect Magazine), her creative work has been published in architectural trade journals including Architect, Architectural Review, Architectural Record, and Wallpaper, as well as more experimental publications including ​a+t,​ ​DAMN, ART PAPERS, PLAT, Offramp, and MAS Context​. She is author of ​A Guide to the Dirty South: Atlanta and a recent guest editor for ART PAPERS​. Bonner has exhibited work at the Royal Institute of British Architects, National Building Museum, WUHO gallery, HistoryMIAMI, Yve YANG gallery, pinkcomma gallery, Istanbul Modern Museum, Boston’s Rose Kennedy Greenway, and Chicago Architecture Biennial. 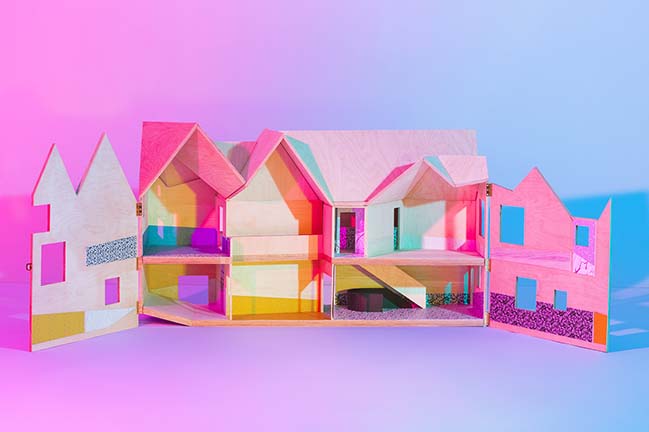 The Architectural League of New York nurtures excellence in architecture, design, and urbanism, and stimulates thinking and debate about the critical design and building issues of our time. As a vital, independent forum for architecture and its allied disciplines, the League helps create a more beautiful, vibrant, innovative, and sustainable future. 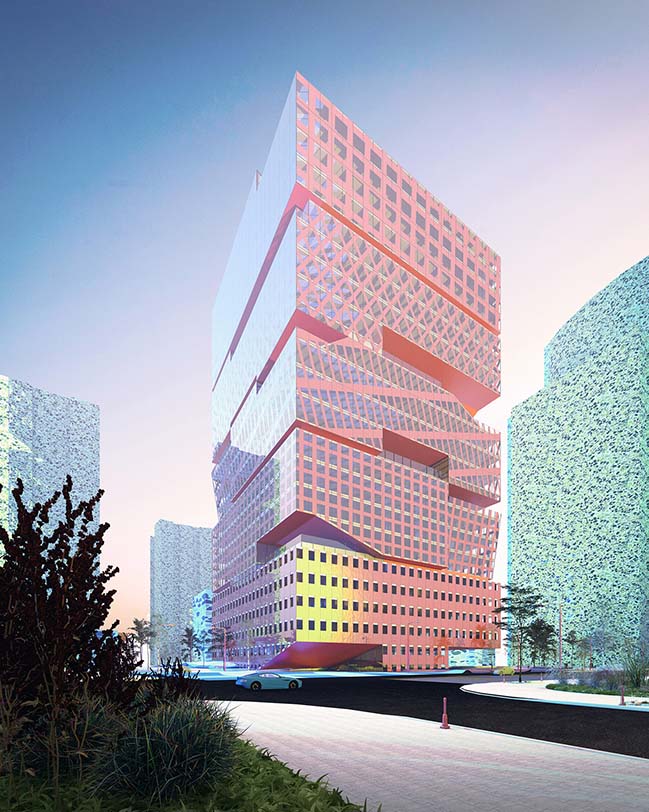 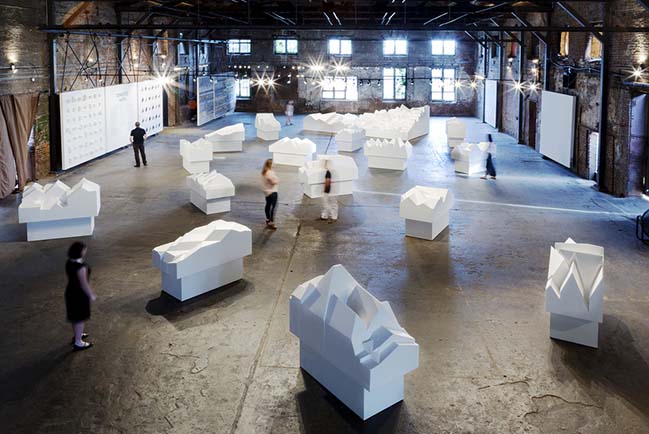