Gaîté Montparnasse, the MVRDV-designed transformation of a city block just a short walk from Paris' Tour Montparnasse, is now open... 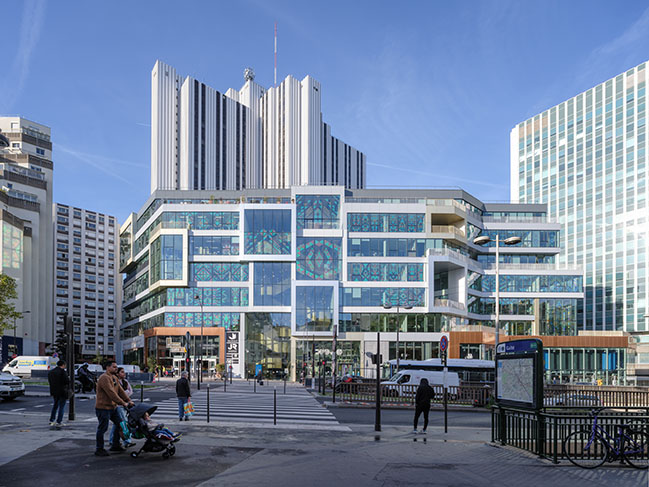 From the architect: The project has rationalised the existing uses of the mixeduse block – which included a hotel, shopping centre, office space and a library – and densified the area by adding social housing and a kindergarten. In doing so, the building has become more welcoming and accessible to pedestrians, while reusing significant parts of the previous structure from the 1970s following circular economy principles. 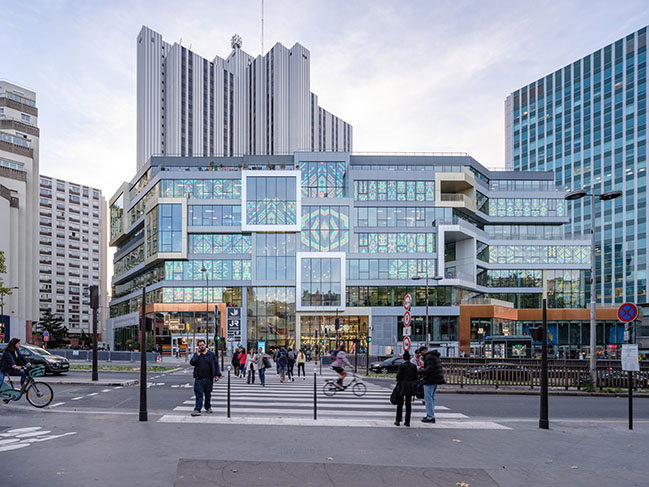 Completed in 1974, the original design of the “Îlot Vandamme” by Pierre Dufau was a landmark in its time, with the strong vertical lines of what is now the Pullman Hotel tower creating an unmissable presence in Montparnasse. At the same time, the plinth of rough textured concrete, boxy reflective glass, and red steel lattices epitomised the foibles of its era: surrounded by wide boulevards, the block was dominated by cars, and when viewed from the street looked introverted and unwelcoming. 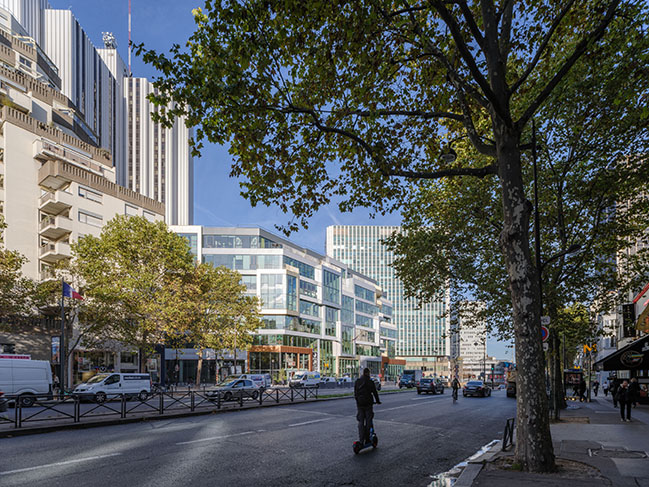 MVRDV’s transformation sustainably reuses as much of the structure of this plinth as possible, while dramatically altering the building’s relationship to its surroundings. The building now has a consistent street frontage along its main façade on Avenue du Maine, with large windows providing a clear view into the activities housed within. This large mass is broken up into a visually playful façade by means of a selection of different cladding tones, various small setbacks and overhangs, and balconies and showcase windows in large, multi-storey frames. 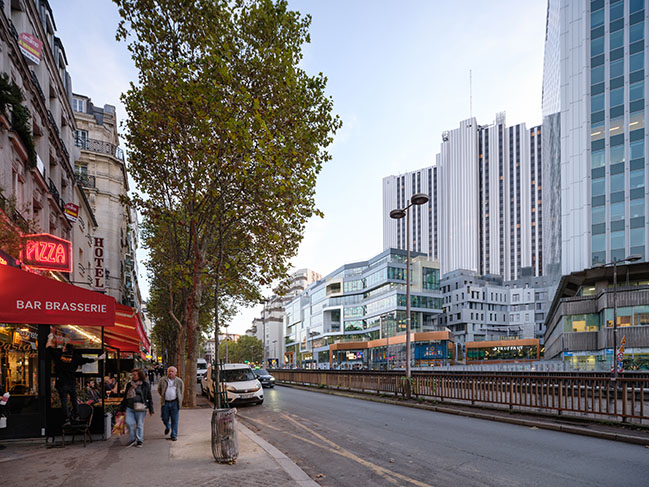 The design rethinks the arrangement of programme within the block from first principles. The twostorey shopping centre that fills most of the site is now topped by multiple blocks, significantly densifying the area to make maximal use of this city centre location. Offices, previously spread in three storeys over the top of the shopping centre, are now condensed into a seven-story block on the east of the site, forming part of the building’s main façade. At the heart of the site, in between the hotel tower and the Le Héron office block to the north, the design incorporates a block of 62 social houses and a kindergarten. Meanwhile the library, previously relegated underground, now occupies a two-storey space on the other side of the hotel tower making it more visible and accessible. 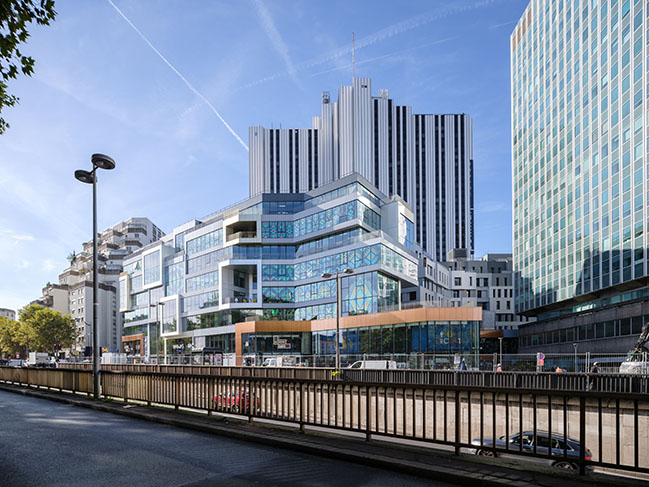 “This piece of the city was like an island of ‘70s nostalgia – a tower with no visible entrance, and a plinth where you could get lost between the pedestrian slabs and automobile boulevards”, says MVRDV founding partner Winy Maas. “The first step in the design was a study to fragment the block and to make sustainable density – adding new programmes such as homes and revealing hidden ones like the library. It created a kind of explosion of buildings that combines large and small scale, existing and new programmes, where everything mixes and opens up to the city with lobbies and windows of varying scales like so many addresses.” 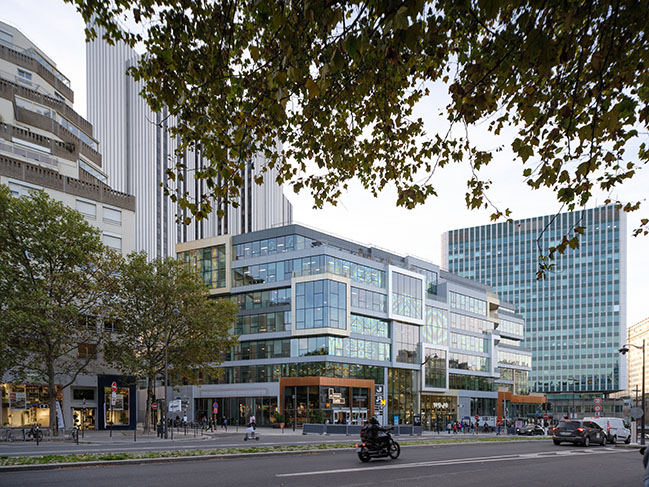 The design of Gaîté Montparnasse shows that even the most dramatic transformations can be achieved using sustainable and circular economy approaches. The new design appears completely unrelated to its predecessor – even the floorplates are shaped differently to the 1970s design – and yet it carefully reuses this concrete structure wherever possible, stitching the old floor plates into the new plans. For the addition of the housing block, a timber structure was used to reduce the carbon footprint of the new construction. 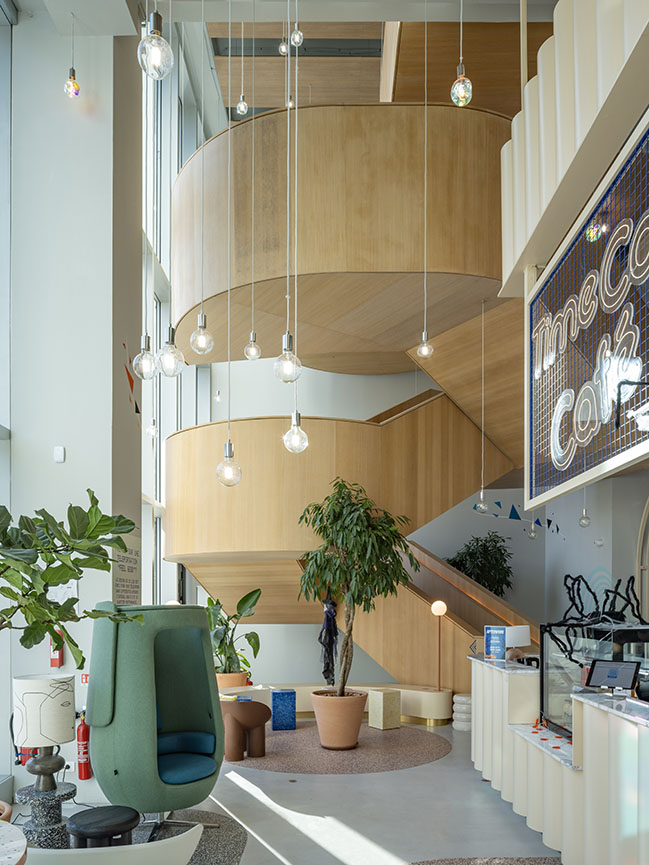 "The process of transforming an urban block on such a large scale becomes ever more precise, and yet is never finished”, adds Maas. “To know which piece of concrete to keep and which to cut, how to occupy, redevelop, then reoccupy spaces, is a continuous conversation. The conclusion of the current transformation process is a milestone in the history of this urban block, to be sure, but it will continue as a DIY process in permanent evolution. This great project is not finished; it must continue." 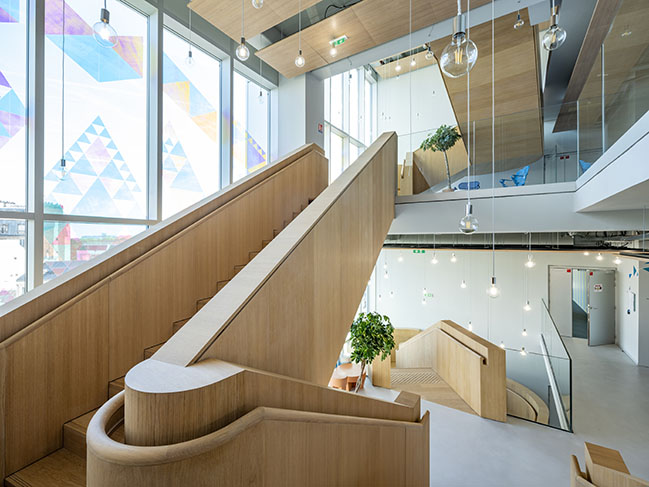 Gaîté Montparnasse is the second transformation project completed by MVRDV for Unibail-RodamcoWestfield in 2022, following La Part-Dieu shopping centre in the centre of Lyon, which turned another design from the 1970s into a vibrant piece of Lyon’s city centre. 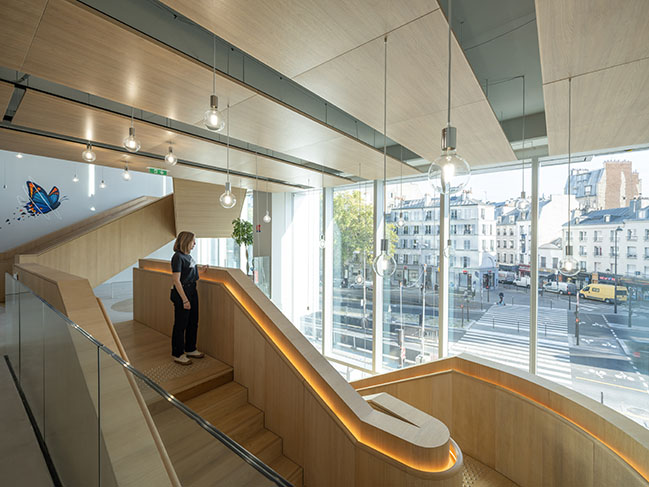 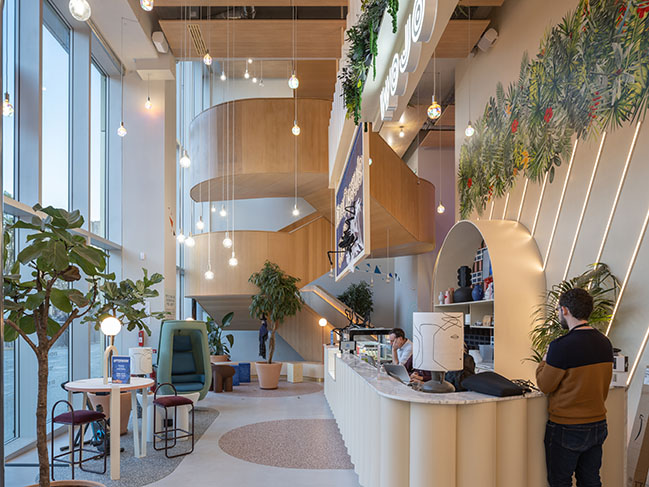 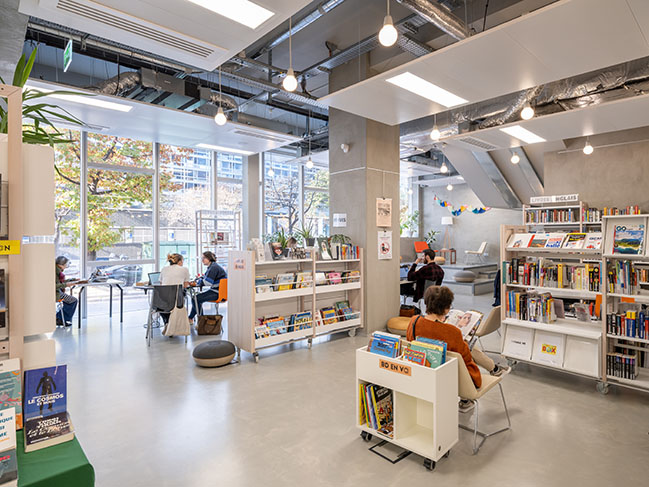 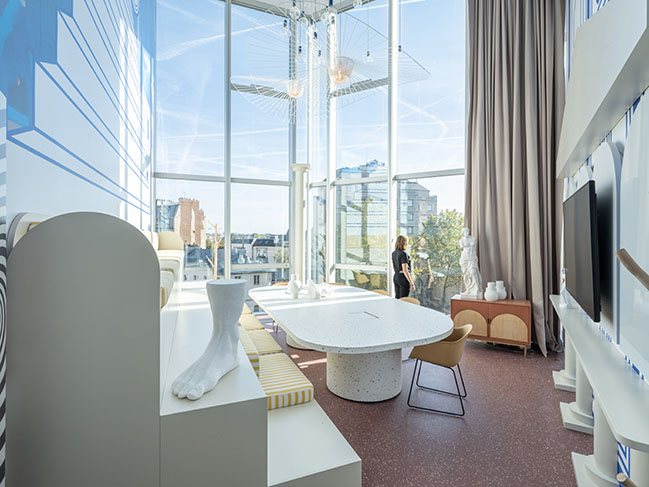 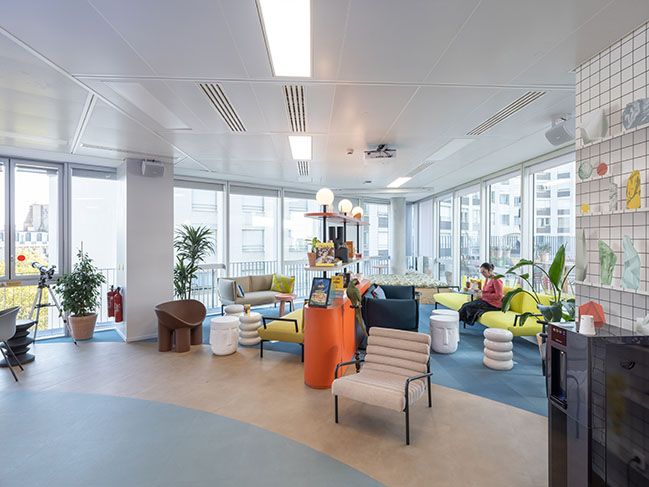 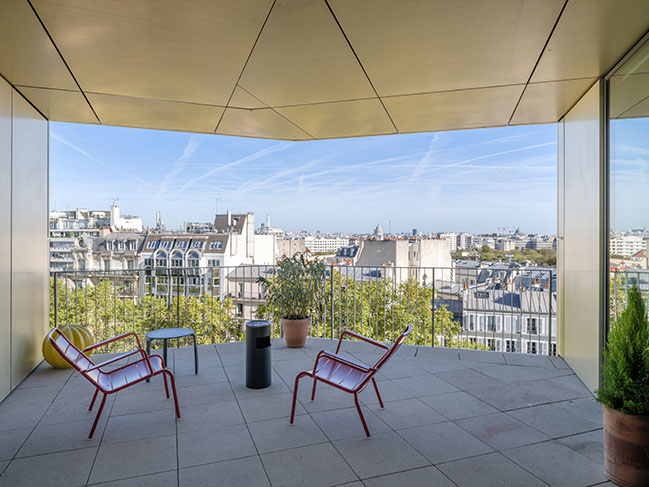 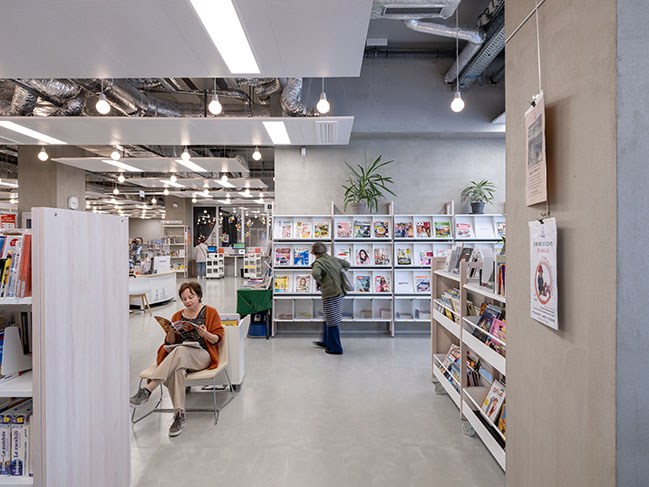 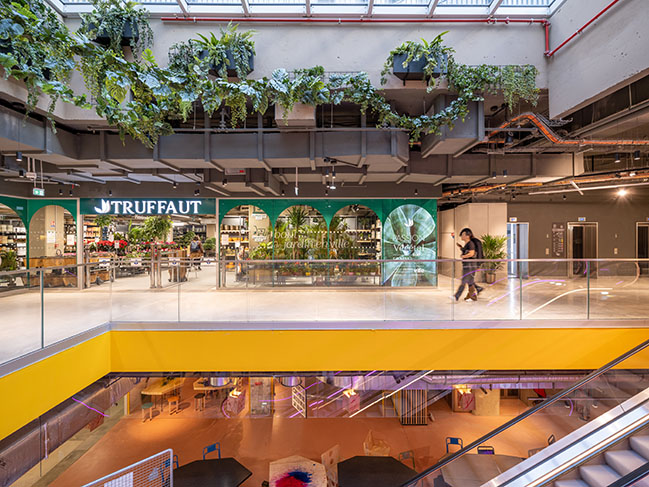 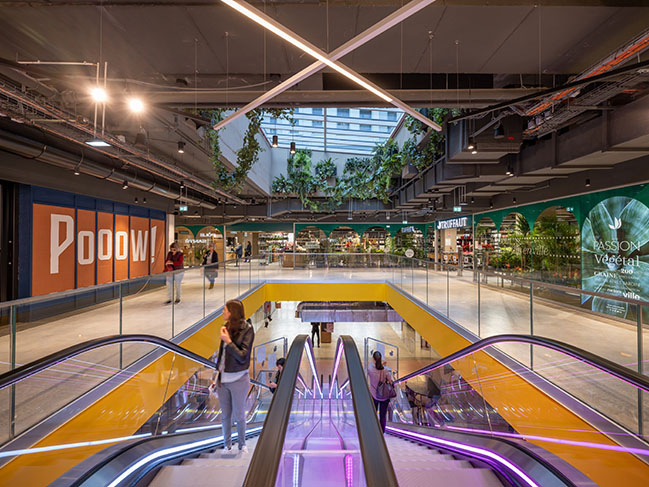 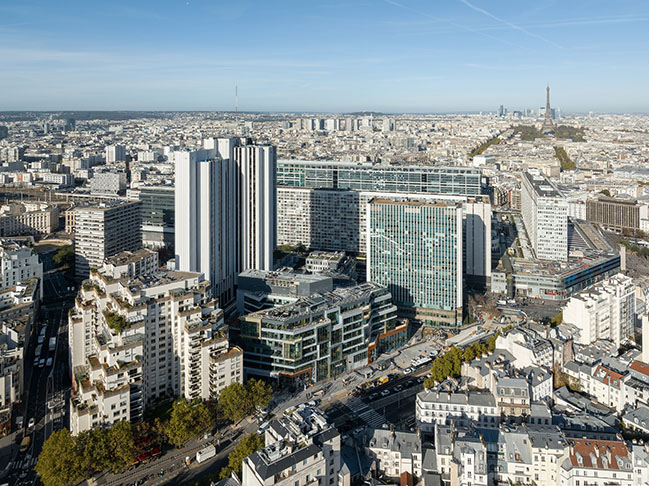 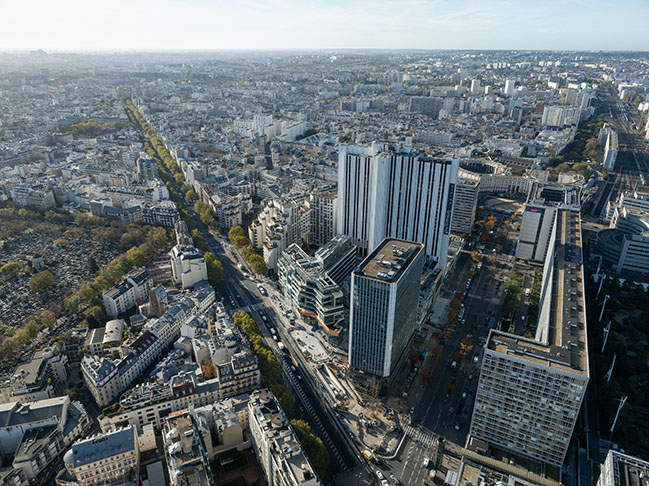 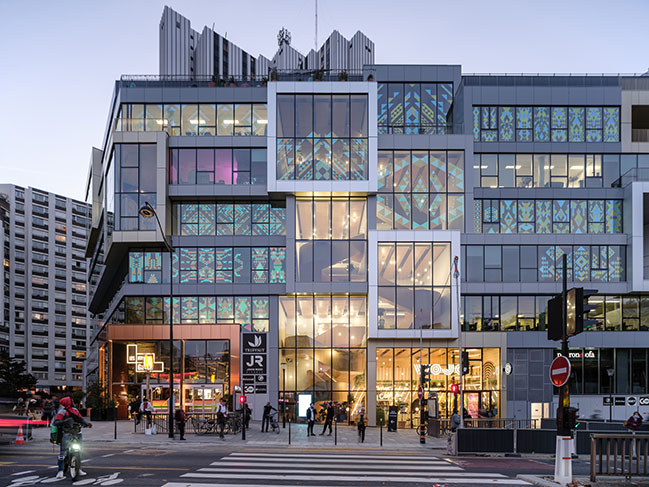 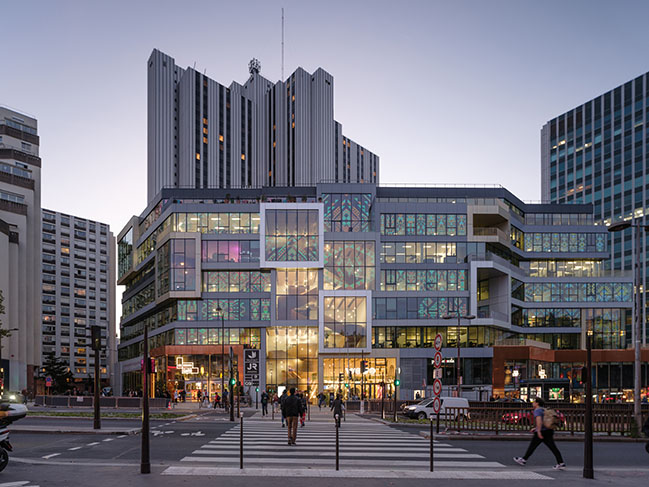 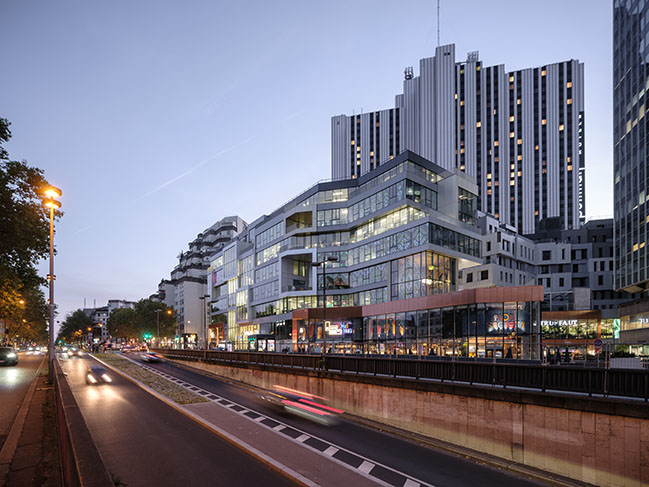 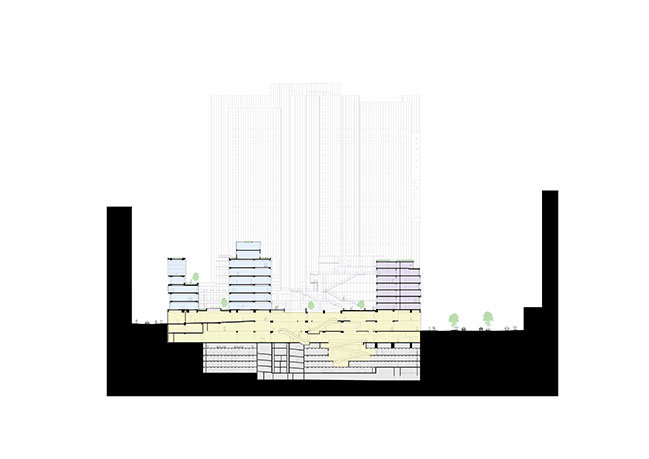 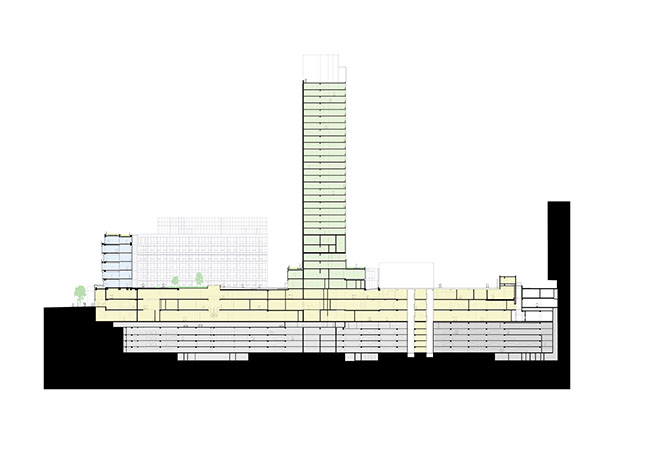 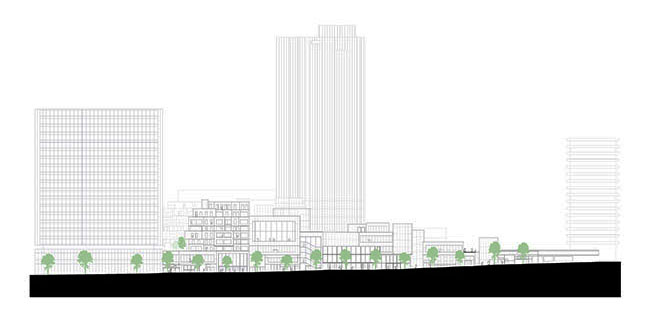 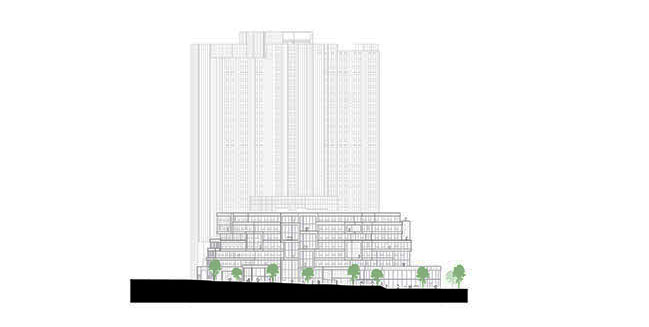 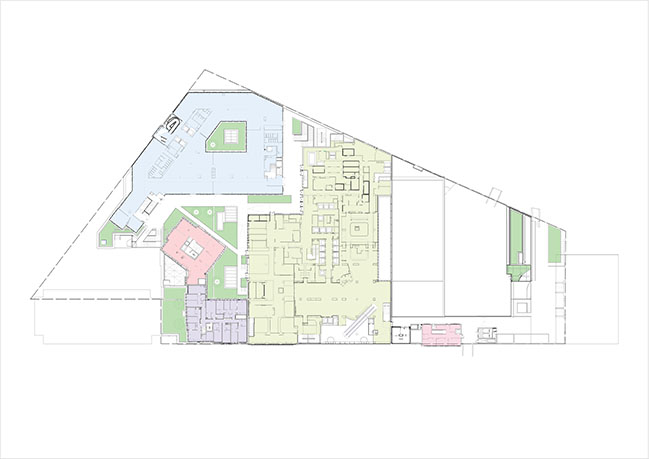 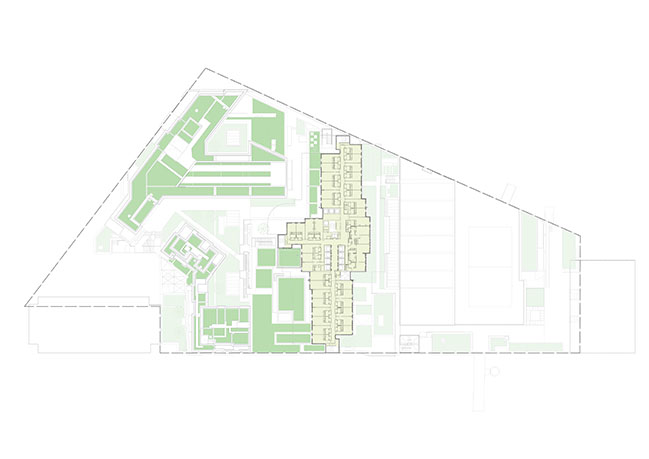 11 / 09 / 2022 Gaîté Montparnasse, the MVRDV-designed transformation of a city block just a short walk from Paris' Tour Montparnasse, is now open.