Rising Ryde was designed by New-York-based architecture studio Architensions that imagines a hill-shaped building as a complex system of social connections and interactions with nature to generate an ecological system that prioritizes people. 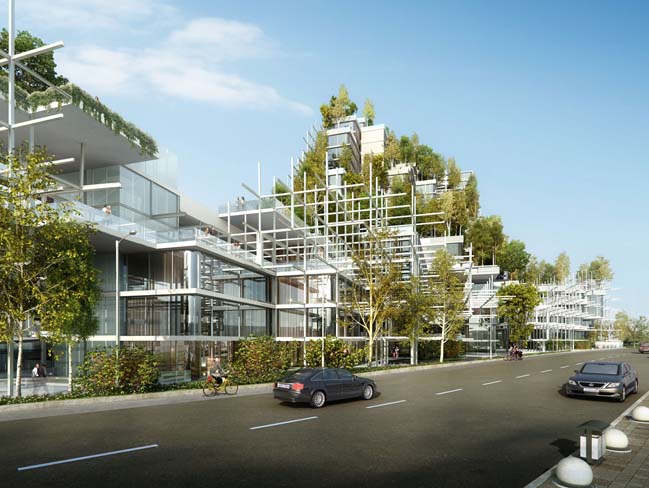 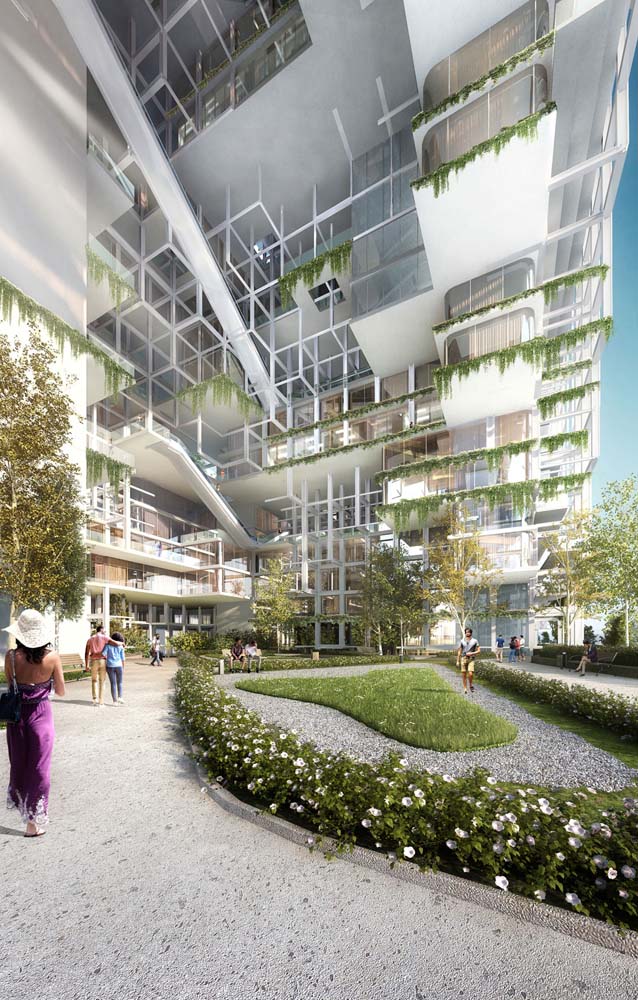 Project's description: The architecture becomes an open spatial system that helps aggregate its micro-cells to the macro scale of the city. It is the user that defines the use of the space with its continuous movement, trajectories, through a circulation system intertwined with the space that serves as a primary usable social condenser with its intricate succession of public plazas and vertical gardens. 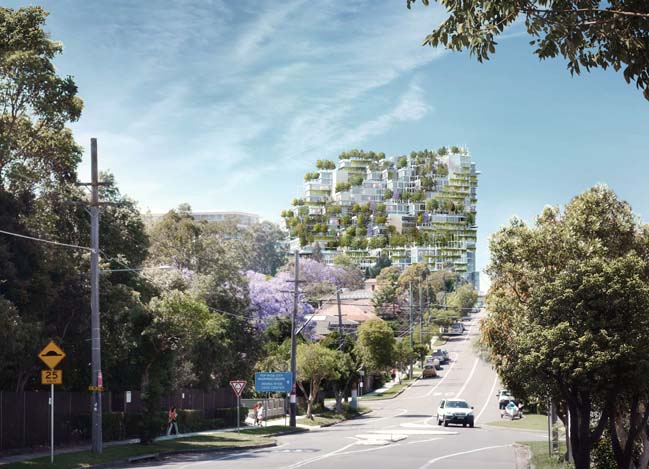 The transparent and semi-transparent curtain wall multiplies the interstitial spaces, creating a direct communication between inside and outside instead of creating boundaries. This effect is emphasized by the presence of nature which creates a psychological space through the perception of the season changes and the natural phenomena. The building does not impose a physical massing especially at the ground level but it appears as a protective device and shading system for all social gatherings typical of the urban life. A large public plaza is carefully designed, from the ground floor extending up in the vertical gardens and observatory decks accessible via dedicated elevator from the ground. 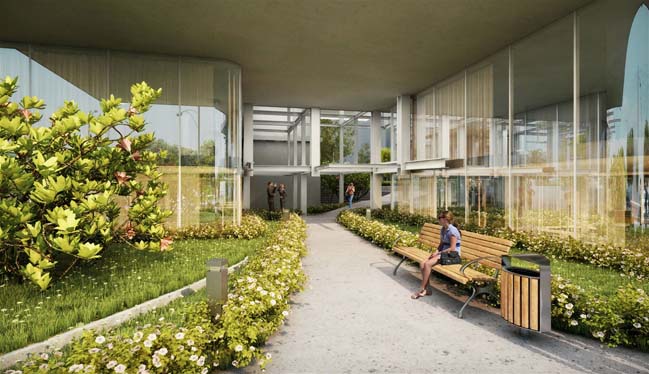 The Ryde Civic Center is a neighborhood, which through the actions and reactions of the community will transform in an iconic presence, the local vegetation and trees will make it the natural extension of the hill that rises from the residential fine urban fabric along Parkes Street. We imagine the building as a complex structure with the same principle of the living systems where the physical boundaries are only one component of the whole system. The rest is made with the process of transformation and creation typical of a community of people, regaining relationships instead of construction density, typical of the outdated tower and podium schemes or of the courtyard centered introverted model. 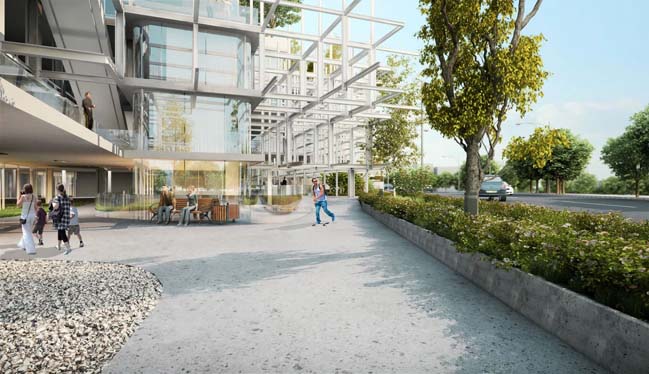 This approach grants the possibility to build a sustainable community, where architecture is not only the enclosed space but the relationship that establishes with the surroundings fusing architecture and landscape in one entity: small gardens, courtyards, plazas, all activating a new ecology. The residential clusters intertwine with the office spaces in a courtyard garden typology aggregation creating a functional stratification that will create a micro-city with a multi-level density. 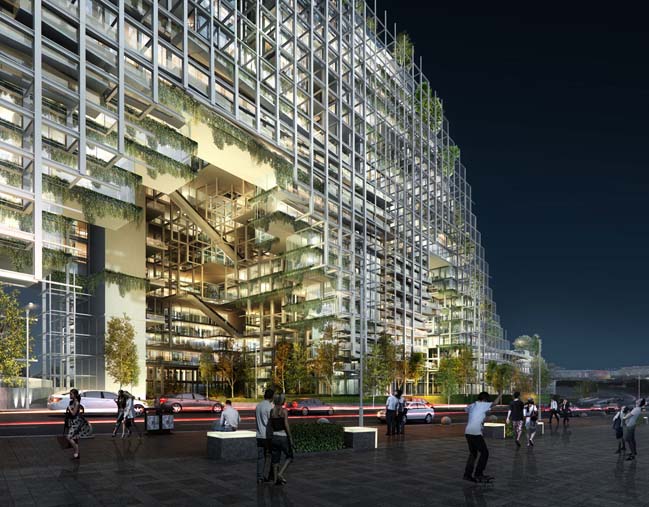 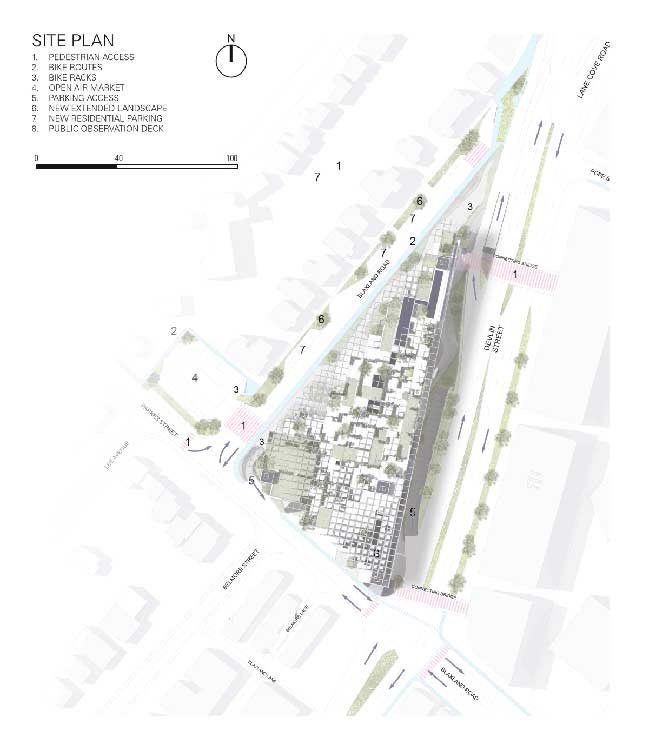 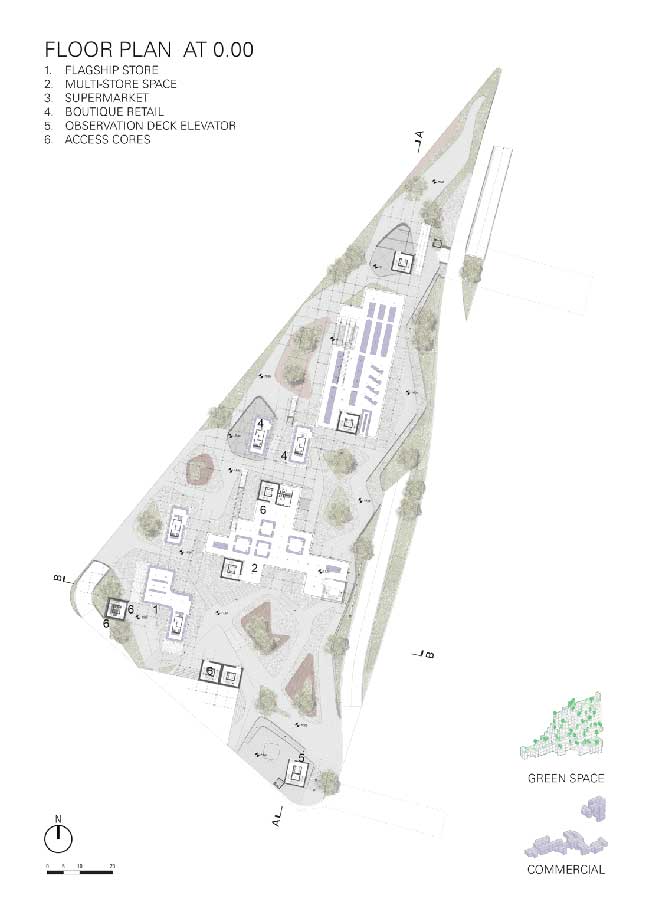 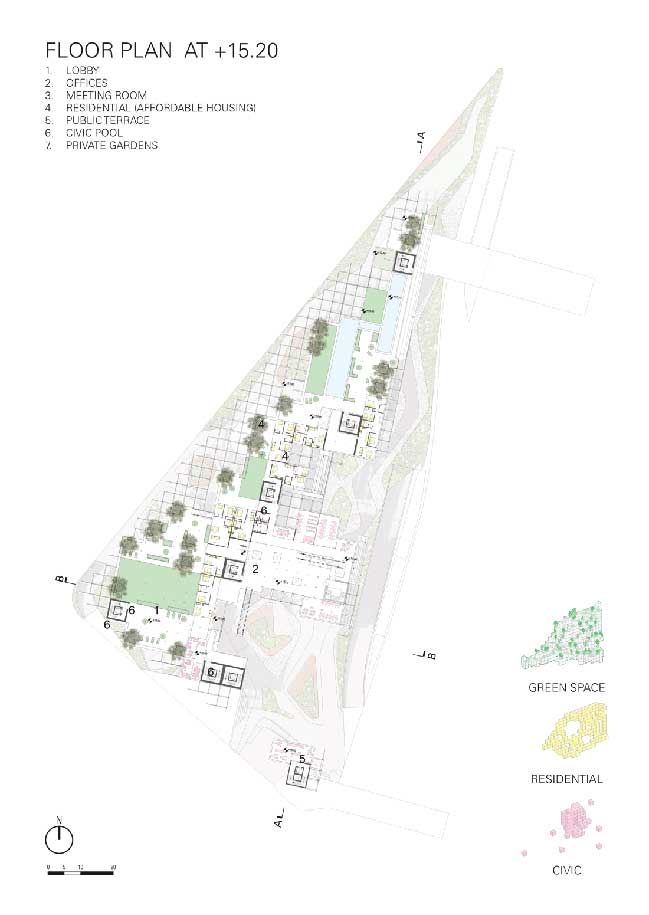 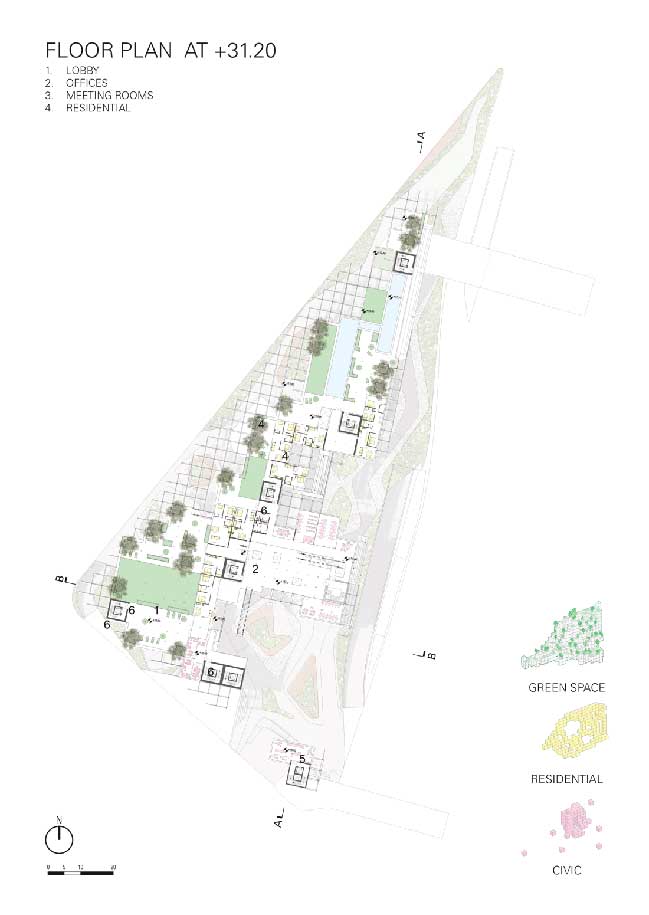 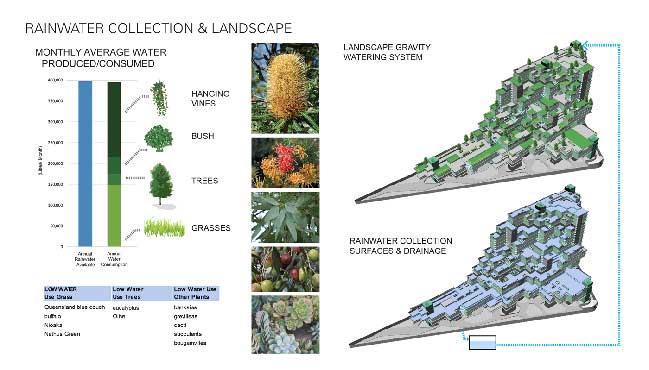 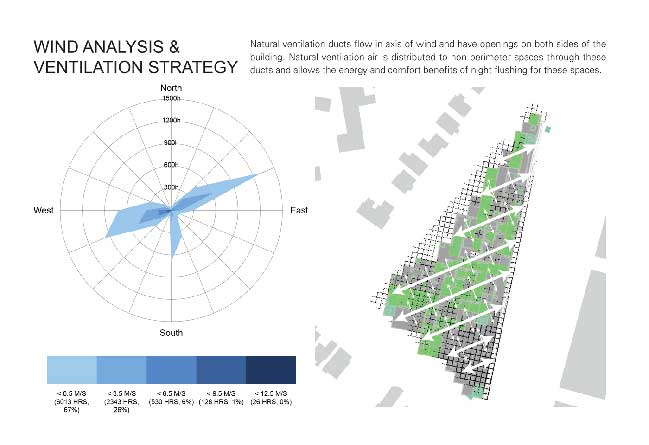 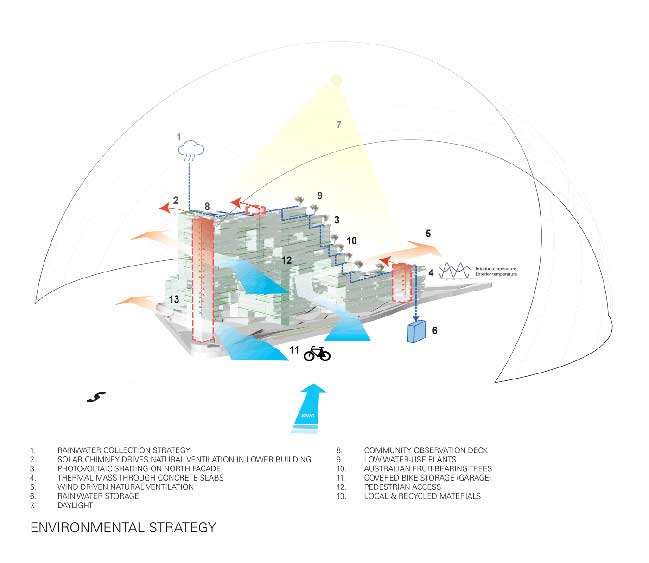 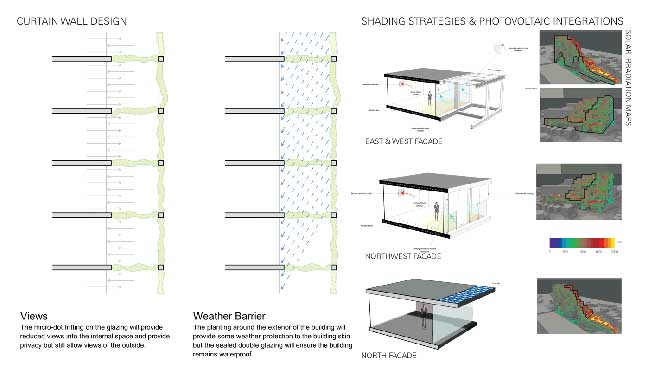 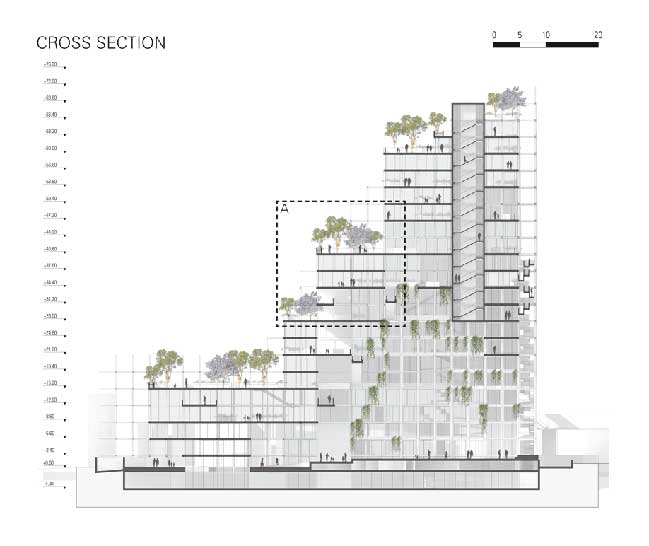 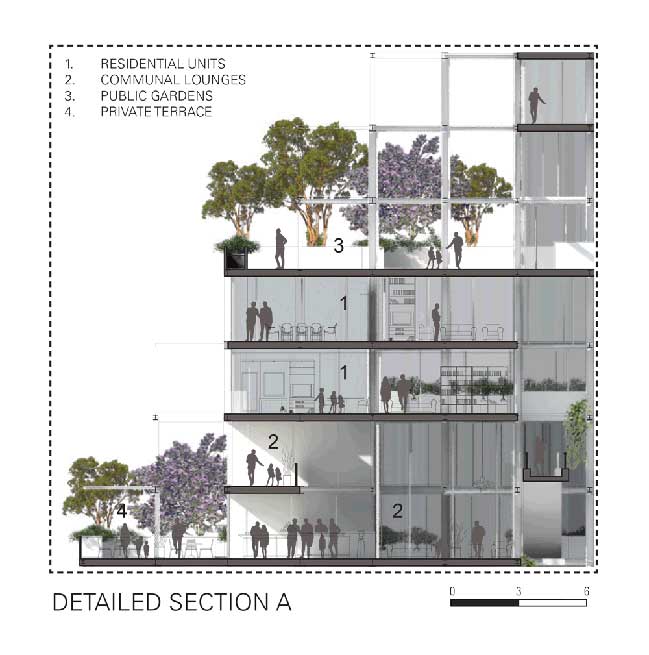 08 / 21 / 2016 Rising Ryde was designed by New-York-based architecture studio Architensions that imagines a hill-shaped building as a complex system of social connections with nature... 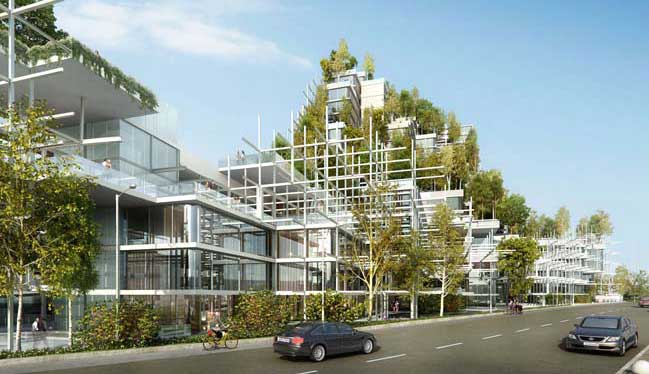