Tij is the biggest and most striking of a series of objects designed to  celebrate the opening of the Haringvliet sluices in November 2018. 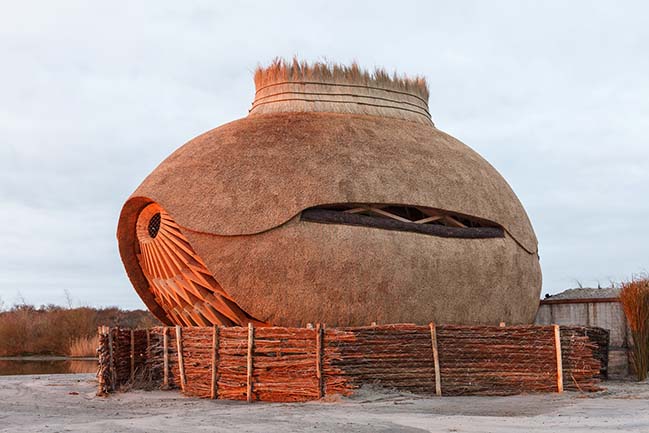 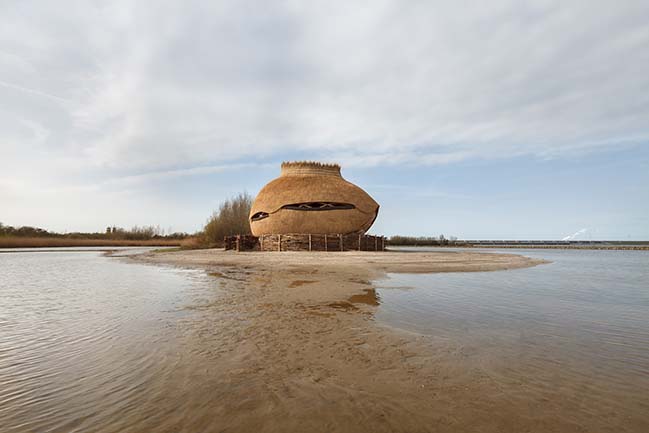 From the architect: The  sluices were opened in order to improve water quality and biodiversity,  while also stimulating fish migration from the North Sea to the river  delta system of Maas and Rhine in the Netherlands. This will create a  new, salt-resistant and salt-loving natural environment. The  biodiversity in the surrounding nature reserves will increase and a more  robust, healthier ecosystem will develop in the coming years. To let  people experience and explore these changes, a series of bird  observatories have been designed in the Haringvliet area. 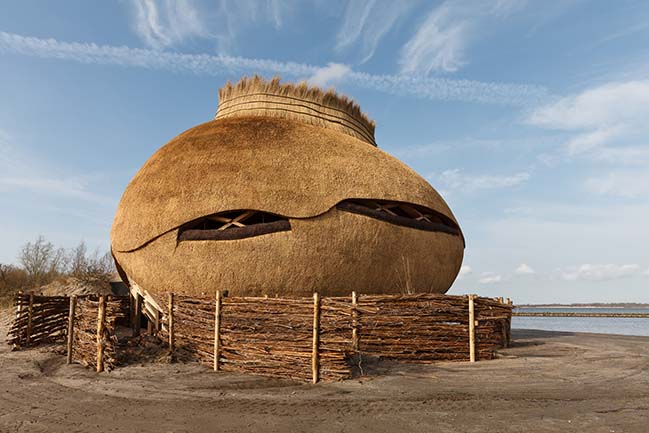 Tij  ​ (name explanation: This is a Dutch word joke. ‘TIJ’ means ‘tide’ which  refers to the returning tides in the Haringvliet, but quickly pronounced it also  means ‘the egg’)

Tij is an egg-shaped bird hide situated in Scheelhoek, a nature reserve  close to the Haringvliet sluice near Stellendam, the Netherlands. The  reserve consists of large reed beds on the inside of the coastal  defences and some flat sand islands outside. These islands are breeding  and feeding grounds for several species of birds like the common tern,  spoonbill, and the icon of this area, the sandwich tern. 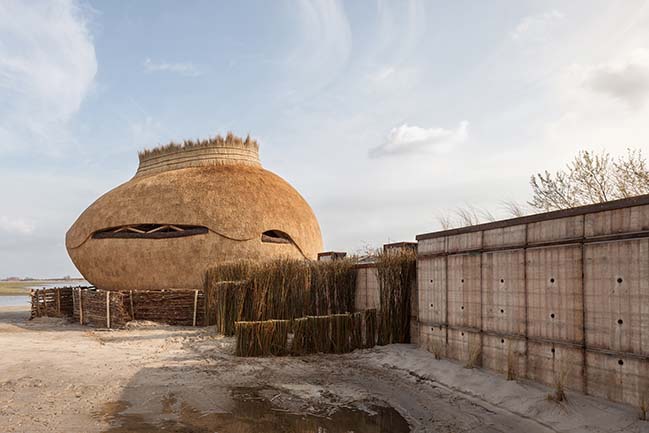 Tij observatory is part of a large scale landscaping plan where people  can experience the Scheelhoek nature reserve in a walk from the car  parking area to the Ei. Walking along the path, visitors can view  several types of bird biotope favoured by sand martins, several kind of  waders and, of course, terns. 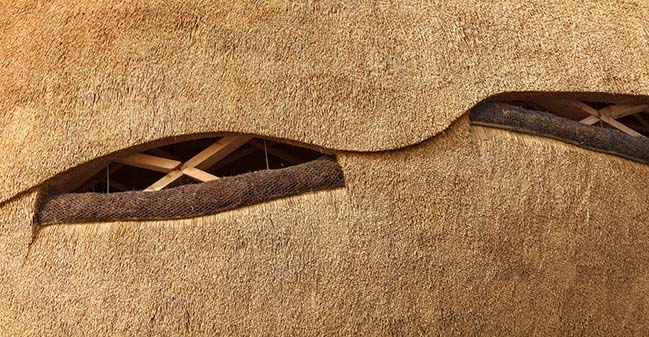 To prevent the birds from being disturbed, the last section of the path  is actually a tunnel made of re-used mooring posts and second-hand azobe  planks which were once used in the brick industry. The tunnel is covered  in sand to provide habitat for terns or waders. The outside of the  tunnel provides artificial nesting holes for sand martins. The end point  of the walking route is the egg-shaped bird hide from where you can view  hatching Terns and all the other species that live in and around the  water. 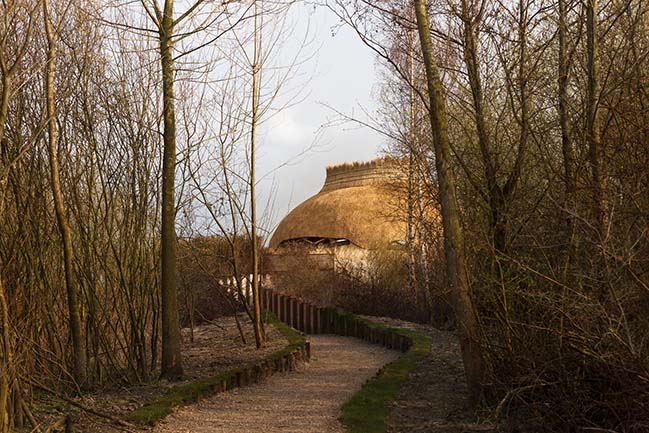 The egg itself is modelled on a sandwich tern egg, and sits on a nest of  sand, much like a tern would have done it herself. The nest of the egg  consists of vertical ‘feathers’ of chestnut poles, reeds and small sand  dunes. The egg itself is parametrically designed to achieve a good ratio  between form, structural integrity, size of the timber, and size of the  openings. The structure has been constructed as a File-to-Factory  Zollinger to provide relatively big spans with small timber parts. 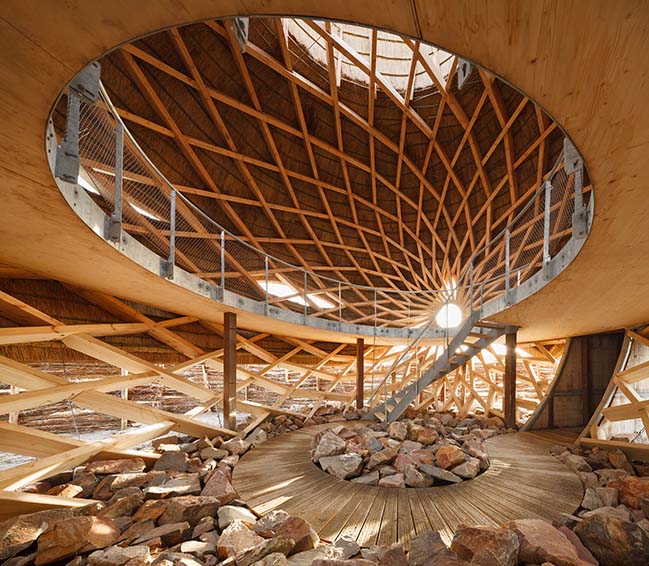 The lower part of the egg, which floods a few times a year, is made of  accoya. The upper part, which stays dry all year, is made of pine. The  upper part is thatched with local reed, harvested from the inside of the  sea defences. The thatched roof stops just above the highest possible  water line. The floor inside the egg is a hybrid wood (CLT)- concrete  floor which acts as a structural stabiliser and from where there is a  beautiful view of the surrounding islands, the Haringvliet sluices and  the water. 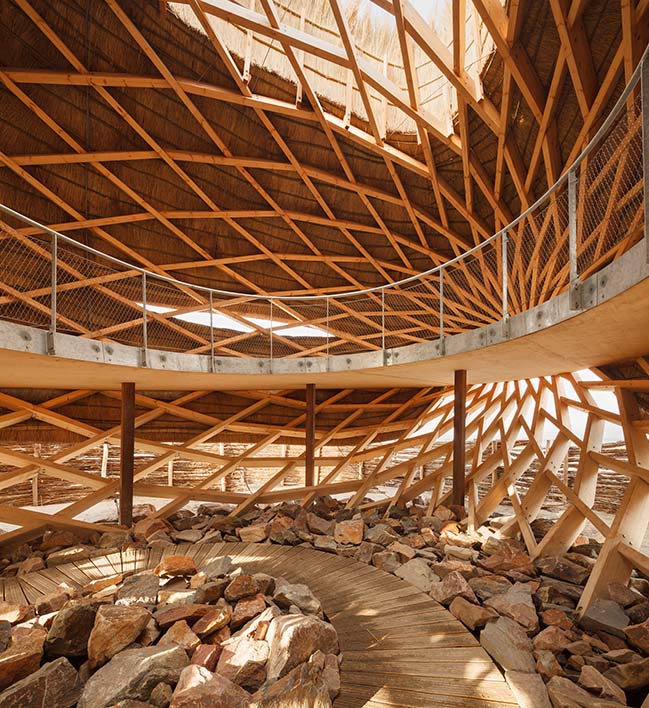 Tij is thatched with local reed and has a timber structure which has  been completely File-to-Factory produced in 402 parts and has been  assembled at the site. It can be completely dissembled. Through its  re-usability, its modularity, its materials and its contribution to the  nature environment, it is almost completely circular and sustainable. 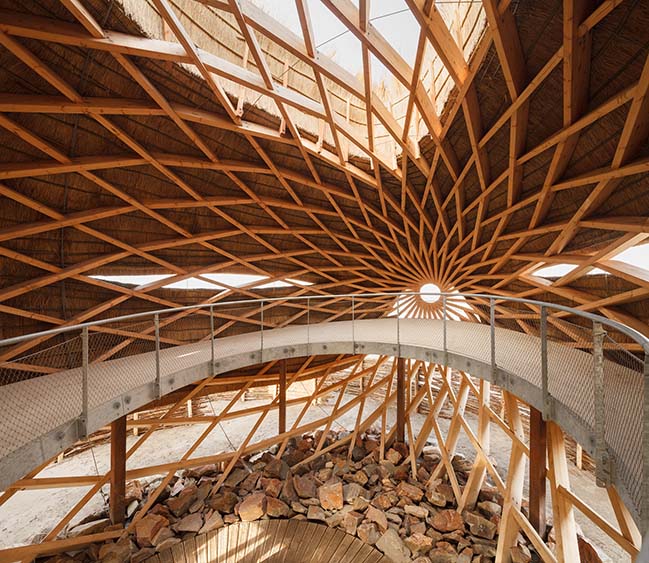 Reflecting the transitory nature of all things, it must also be noted  that the Bird-EI is also temporary and will be taken apart at some point  in the future. At that time, it may be reused or recycled without  detrimental effects to nature or man.

In this way, we have created an (eco)system where man and nature can  come closer together and be a part of each other’s world. 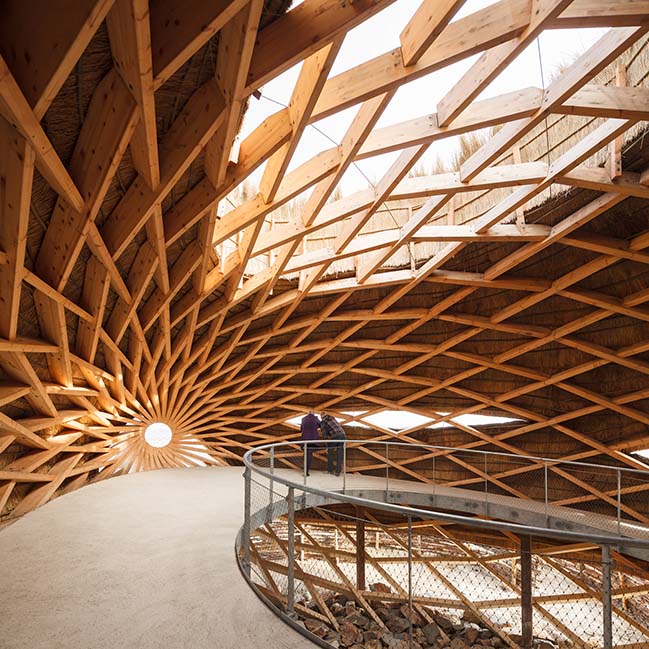 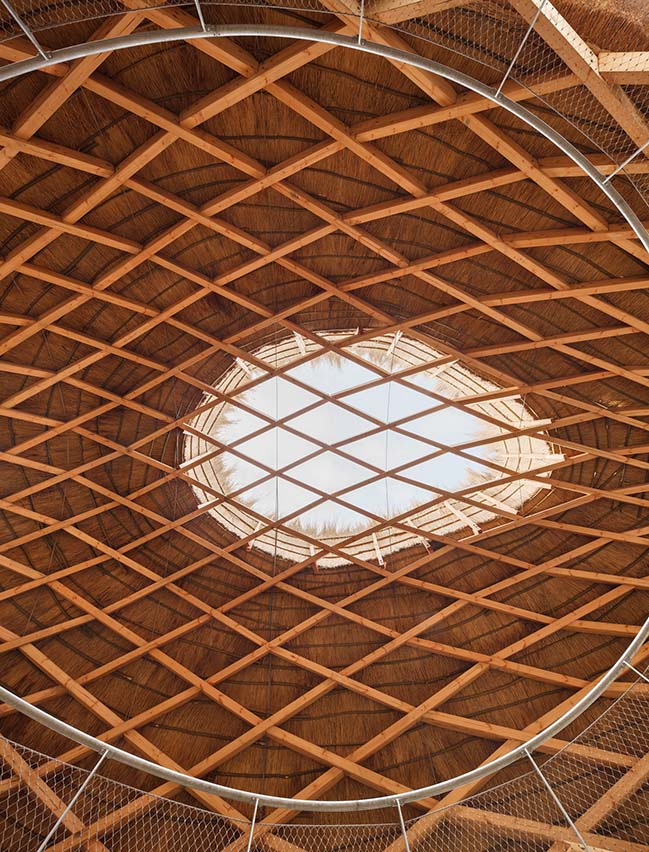 YOU MAY ALSO LIKE: Kaiserwarte: A wooden tower concept in Italy by noa* 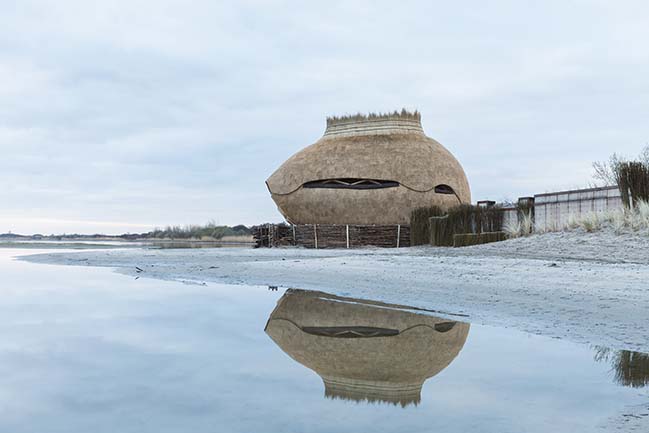 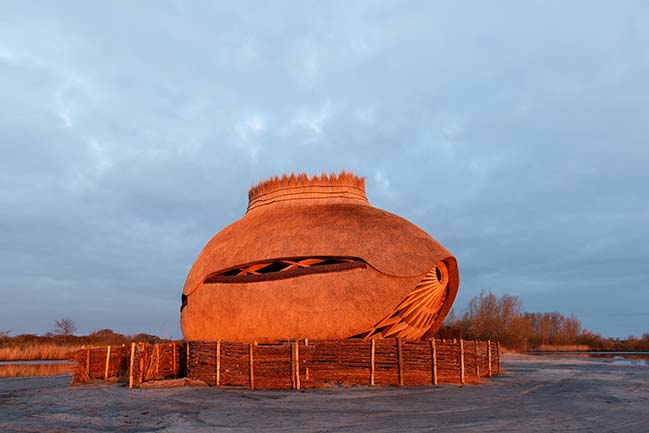 YOU MAY ALSO LIKE: Bayou Park Observation Tower by Studio PAULBAUT 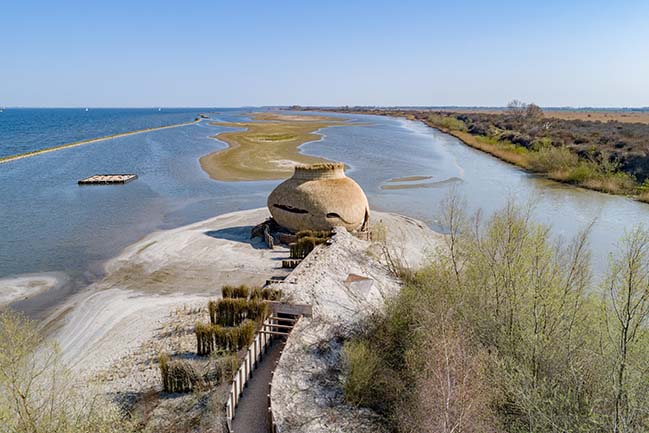 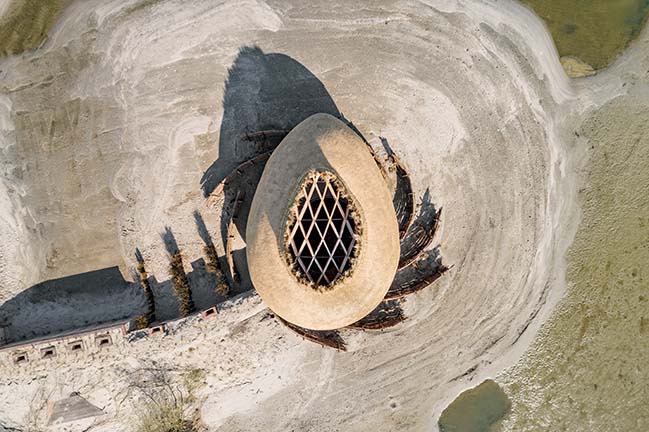 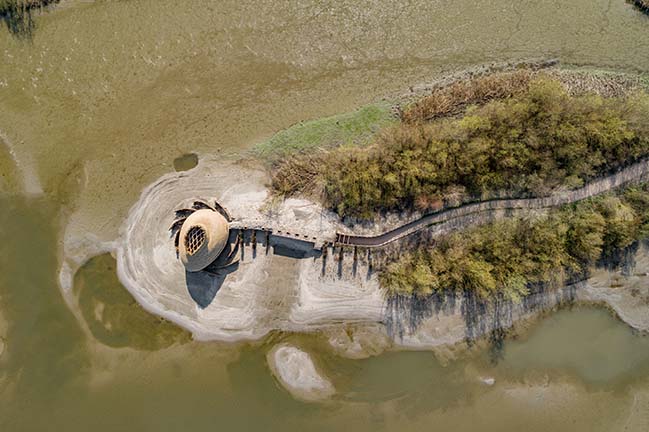 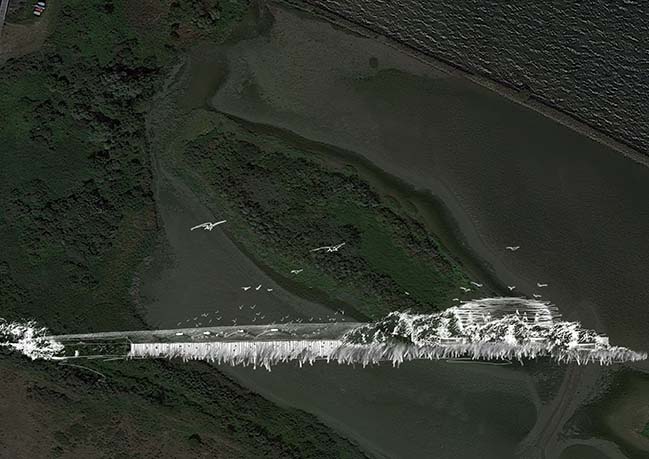 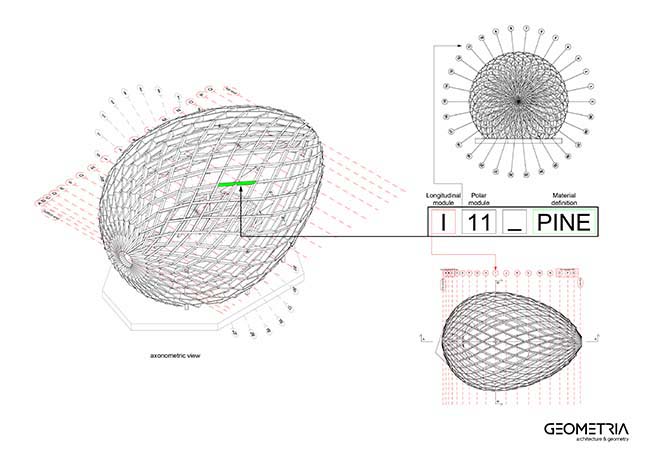 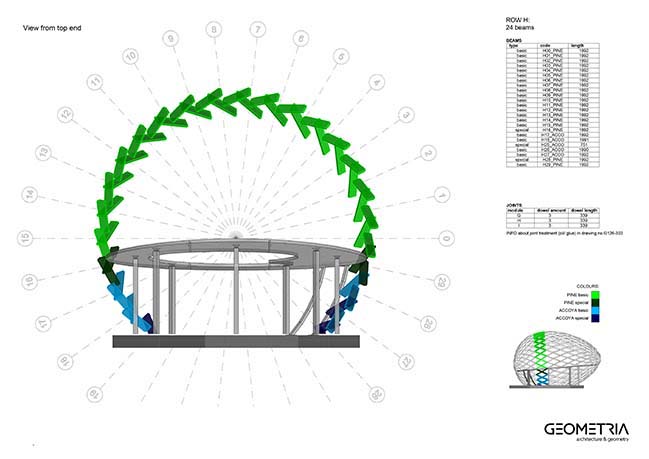 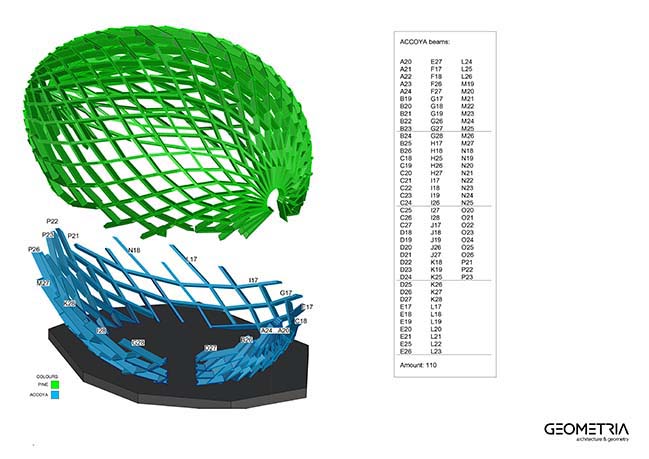 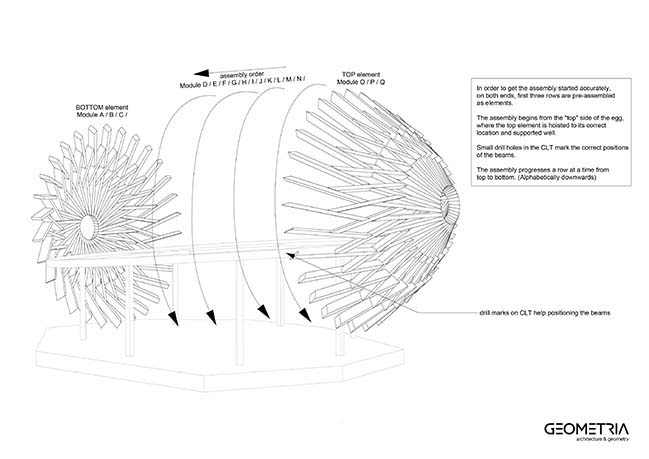 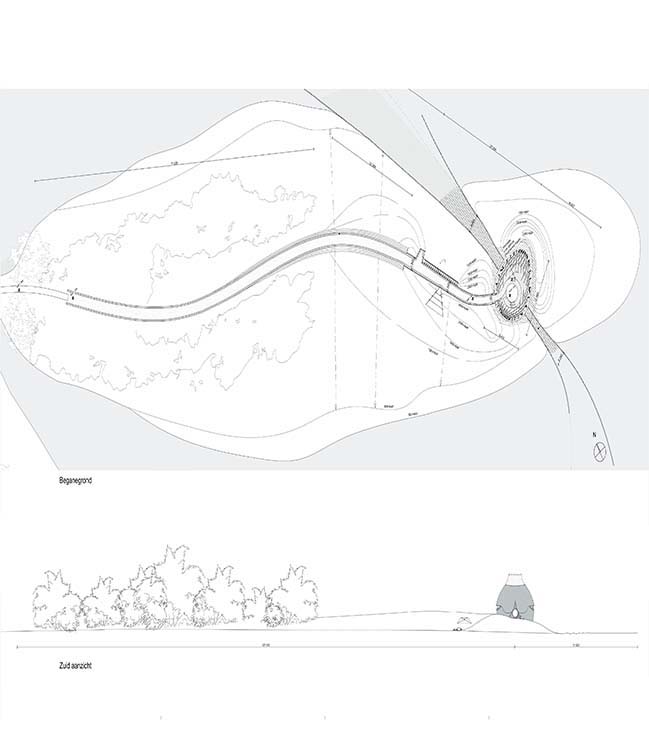 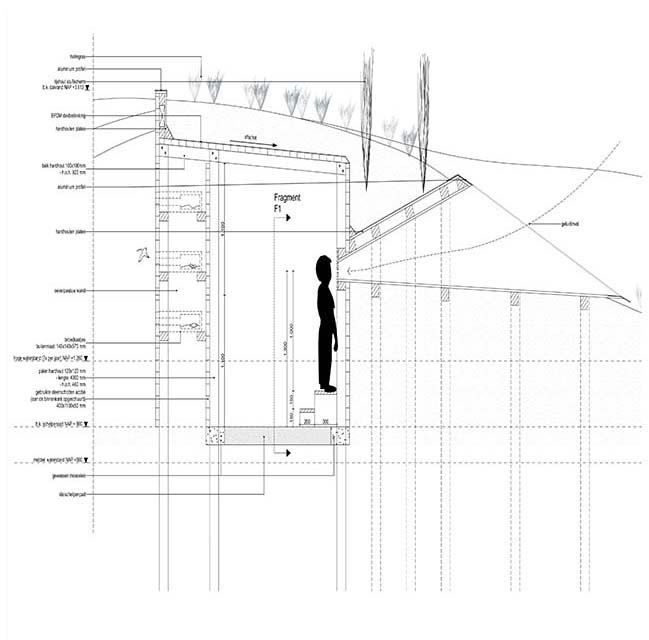 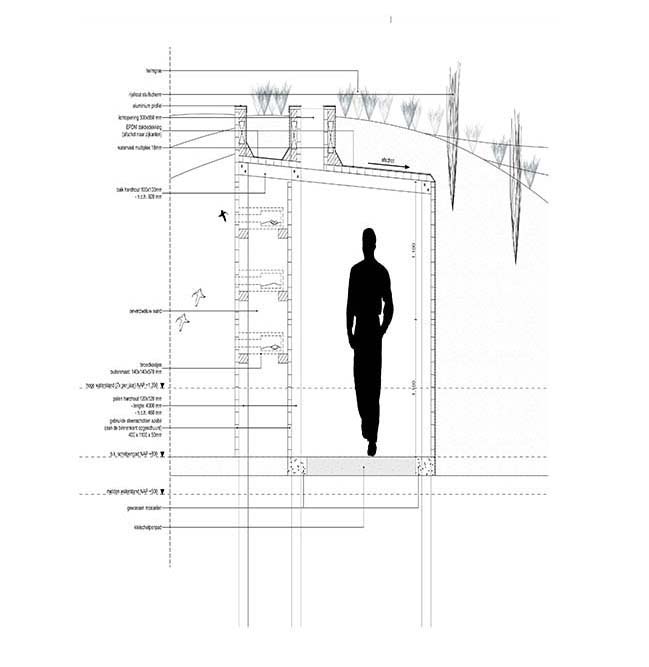 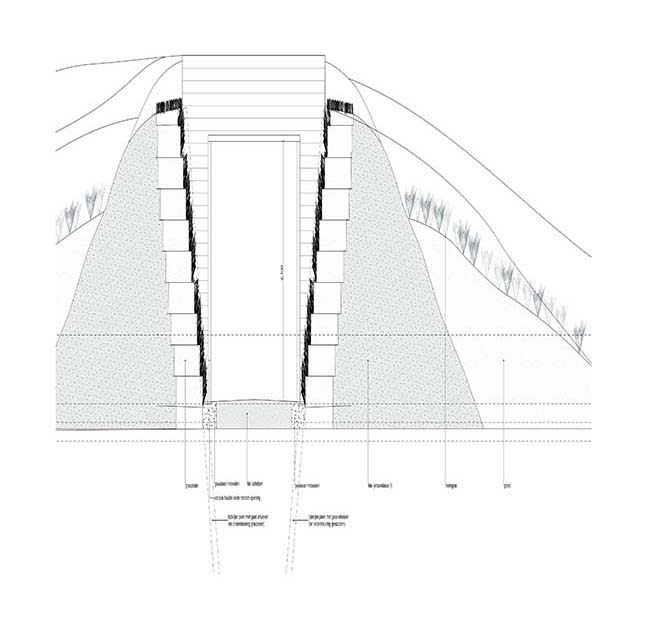 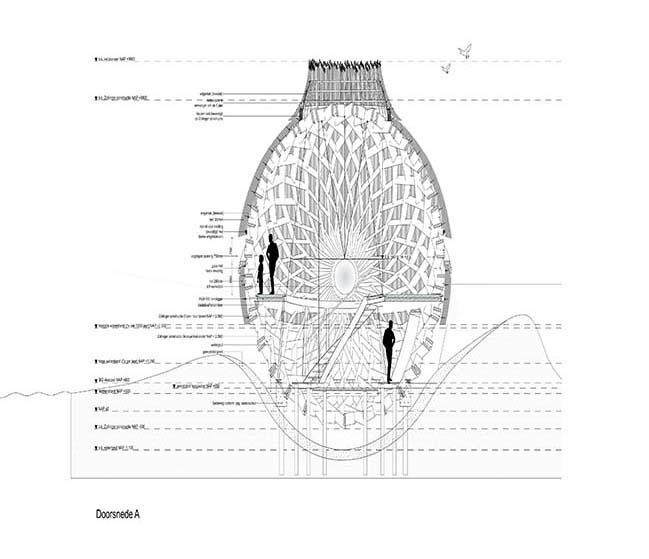 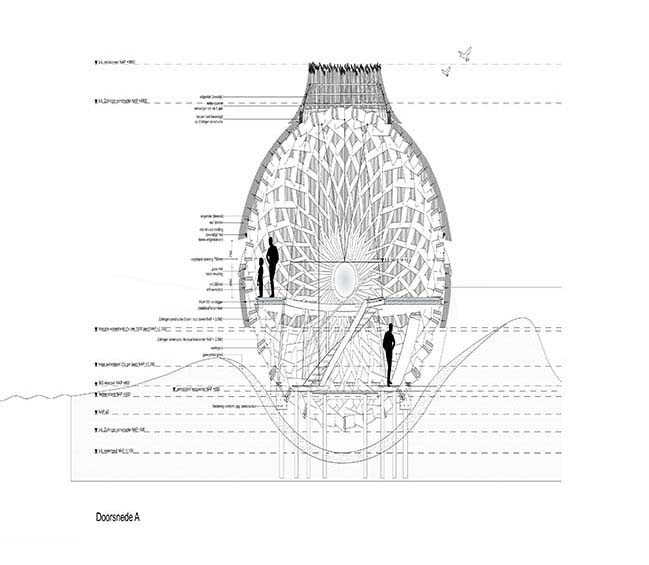