OMA / David Gianotten, together with Being Development, has won the competition for the redevelopment of Van der Meulen-Ansemsterrein (VDMA). 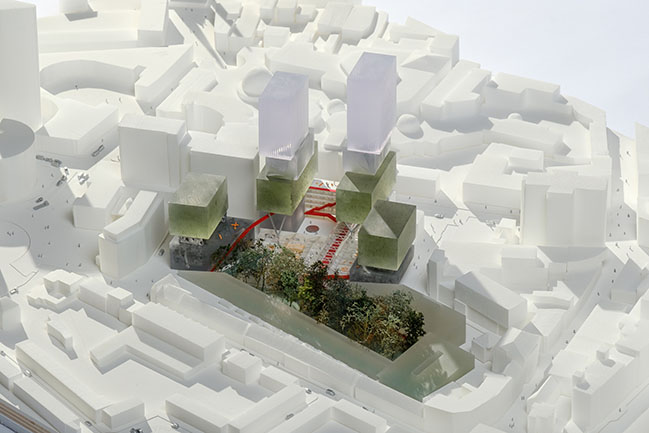 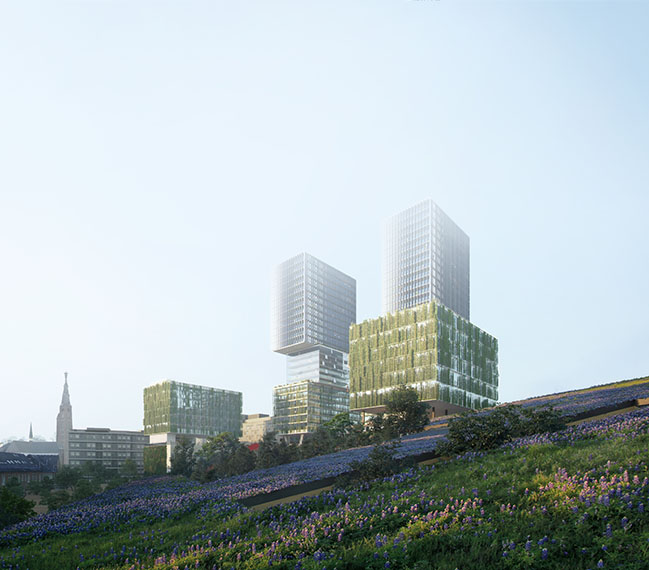 From the architect: This was announced today at a press conference in Eindhoven. The currently partly unused site, located in the centre of Eindhoven and marked by industrial heritage, will be transformed into a vibrant urban hub with housing, offices, and public spaces. Featuring a Brainport Frontdesk supporting creative initiatives, a sustainability hub, and a Micro Forest—a dense green space that nurtures local vegetation species—the revived VDMA will be home to innovative technology companies and address local housing needs. 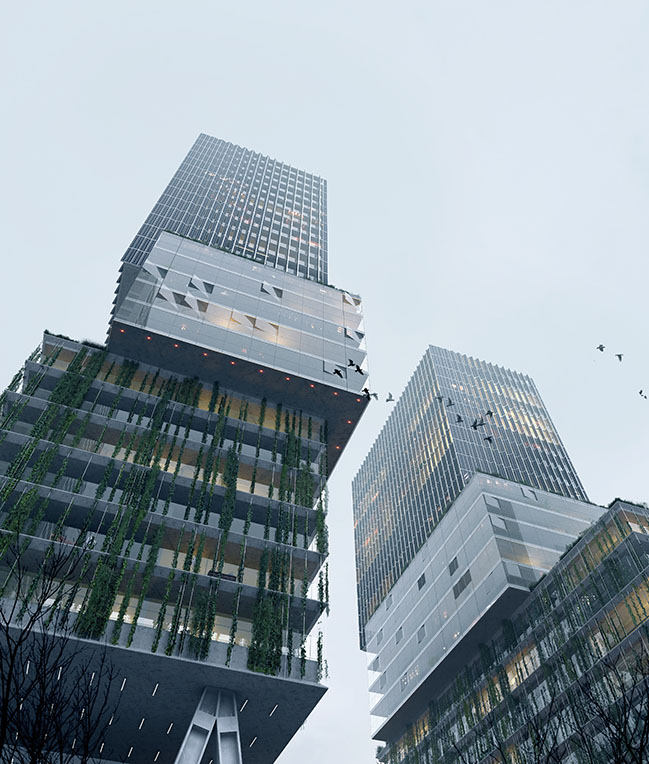 The design for the site of approximately 75,000 square meters was developed by OMA together with diederendirrix, FABRICations, landscape architect DELVA and designer collective NUL ZES. The plan proposes to revitalise historically significant structures into cultural spaces, while creating new buildings for residential and office usage. An old match factory from the 19th century—representative of Eindhoven’s early history as the City of Light and one of the most important buildings on site—will be restored to its original state to house cultural, education, and retail programs. 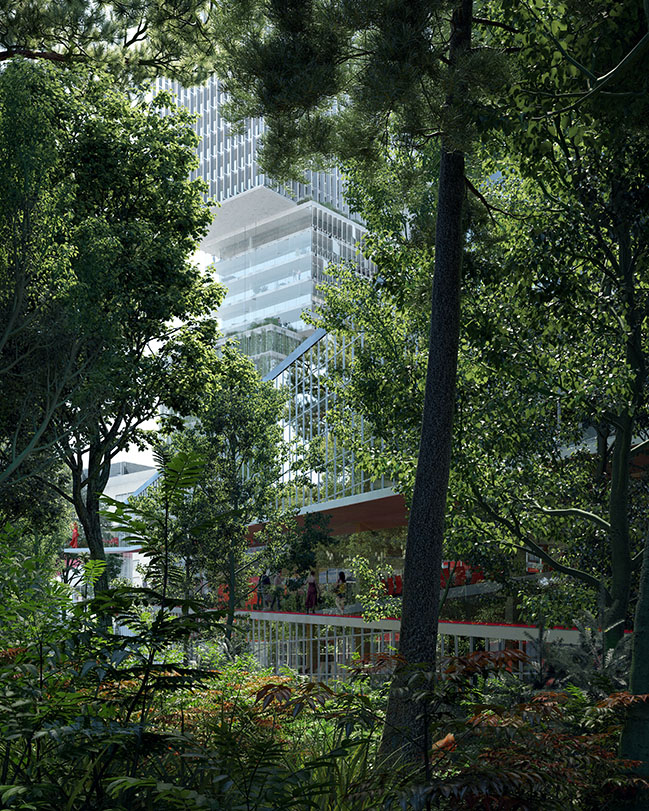 An old garage will be transformed into a flexible public space that can be configured for exhibitions, events and theatre performances. One unique feature of VDMA, occupying one-third of the site, will be a Micro Forest comprised of different vegetation species from Eindhoven’s natural surroundings. The urban forest will be a reminder for residents, office users, and passers-by of the city’s invaluable natural resources. 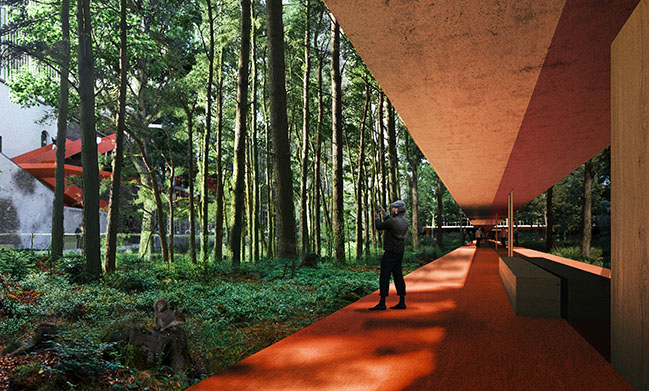 The plan creates a perfect hub between the city center, the station area and surrounding residential areas. New residential buildings are designed as stacked volumes which correspond to varying scales of the site’s surroundings. The lower blocks will have glass facades that evoke Eindhoven’s industrial architecture. Facades of the upper volumes will be installed with sustainable features, including green walls, and kinetic PV panels that optimise solar gain throughout the day.

The housing blocks provide a combination of social housing, averagely-priced rental properties, private sector houses and a community home. A five-storey volume with large floor plates wrapping around the Micro Forest, will offer co-working spaces ideal for technological startups. A public route will connect all cultural, retail, and open spaces in the urban hub at different levels and link VDMA to the rest of the city centre. 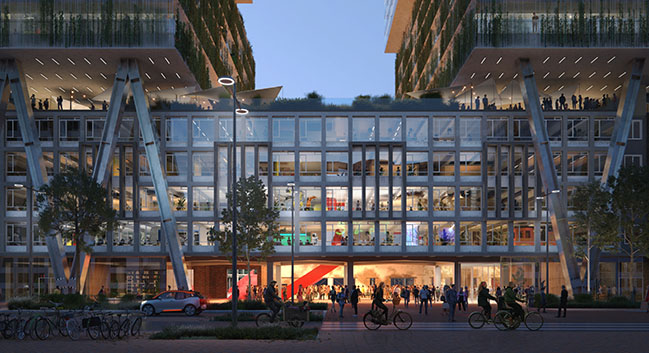 Yasin Torunoglu, the alderman responsible for housing, community, employment and spatial planning for the Eindhoven municipality explains: “For Eindhoven, the VDMA site is a special place. Located at the heart of the city, it used to house a match factory and a car park. The winning plan recognises that past and at the same time utilises the full potential of the site. With a programme tackling housing, employment, green areas and relaxation for the general public, the plan links the shopping district in the city centre to the surrounding urban development. The VDMA site is not only rich in history, it also has a bright future ahead.” 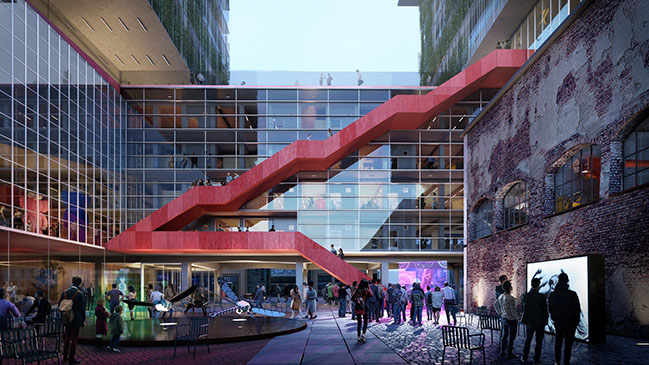 Being Development co-founder Bas van Dam says, “We are very proud that the municipality of Eindhoven chose our plan. The winning plan is a crowning achievement following intense efforts and teamwork by all parties involved. We carefully weighed programming, identity and sustainability to create the best possible balance. With VDMA we aim to inspire the sector as a whole and show that it is possible to ensure radical innovation and realise a green urban development that attracts a wide variety of residents and users – a stage for everyone.”

David Gianotten: “VDMA offers a unique opportunity to revive a centrally located site in Eindhoven that is full of potential. Our plan builds on the history and assets of the city as a center for technological innovation and industrial design, and introduces exciting public programs to the area. The redeveloped VDMA-site will offer the city a platform for engagement with the most innovative ideas in technology and culture.” 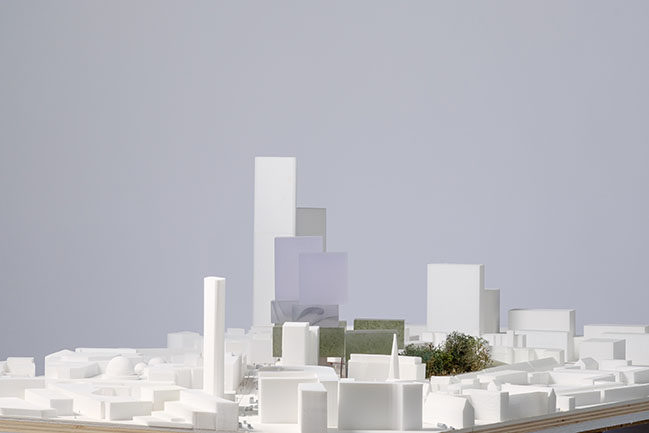 The project is developed in collaboration with Being Development, associated architects diederendirrix and FABRICations, and landscape architect Delva. OMA / David Gianotten is currently leading two other large-scale urban development projects in the Netherlands: Feyenoord City—the redevelopment of Rotterdam-Zuid—and the transformation of the former Bijlmer Bajes prison complex in Amsterdam into a residential and cultural district. The VDMA-site redevelopment is OMA’s first project in Eindhoven. 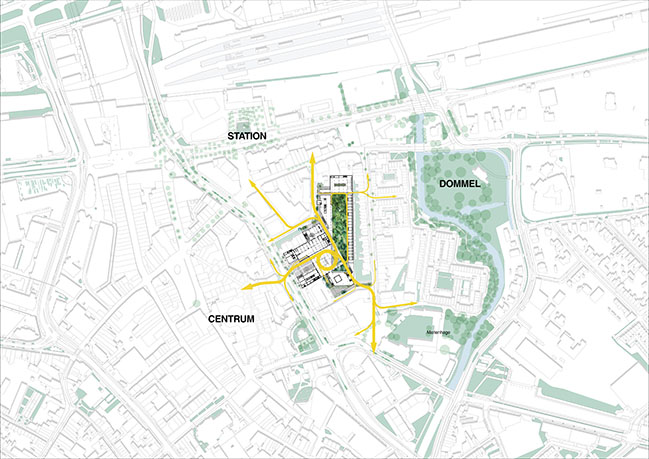 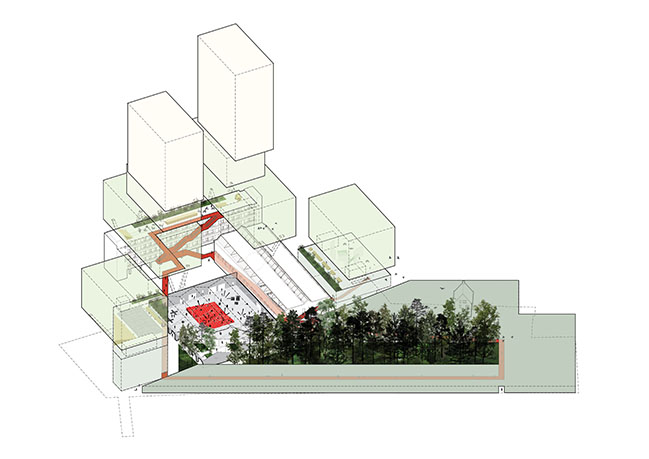 YOU MAY ALSO LIKE:
> OMA / Iyad Alsaka and Reinier de Graaf revealed design for the Wafra tower
> OMA and Laboratorio Permanente win competition for Scalo Farini in Milan

11 / 25 / 2019 OMA / David Gianotten, together with Being Development, has won the competition for the redevelopment of Van der Meulen-Ansemsterrein (VDMA)... 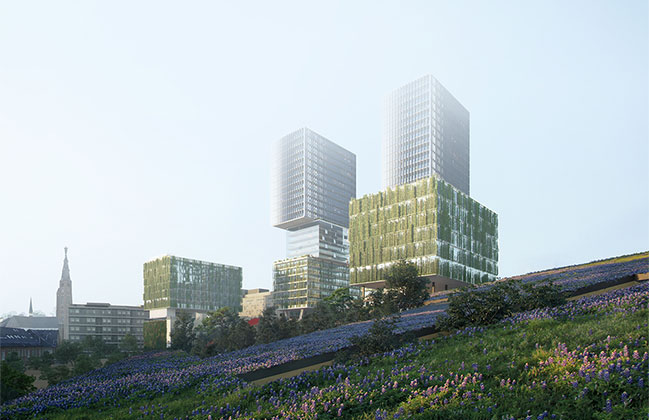