House Blücher is a house renovation project which was completed by K2A to transform a 2-story white brick building into a new black modern villa in Brussels. 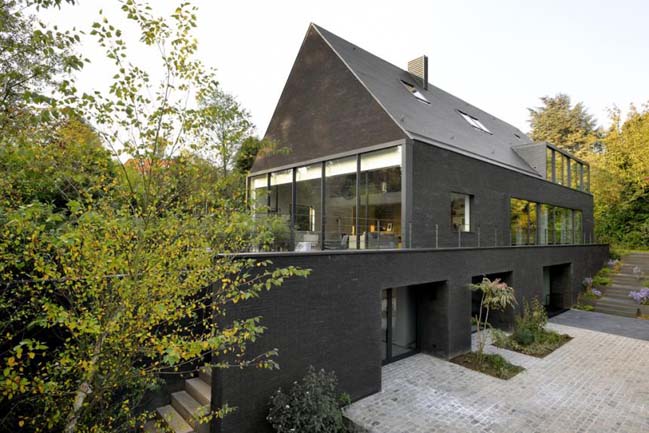 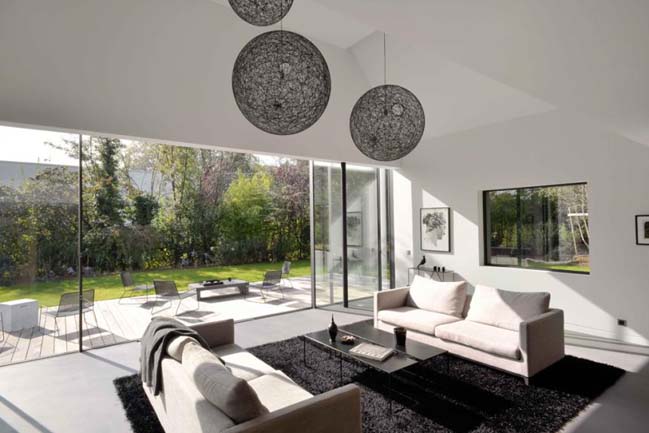 Project's description: The original house was built in the 1960s, in a style vaguely reminiscent of the cottage familiar to this part of Brussels. It is situated in an affluent and green residential neighbourhood in the outskirts of the city. 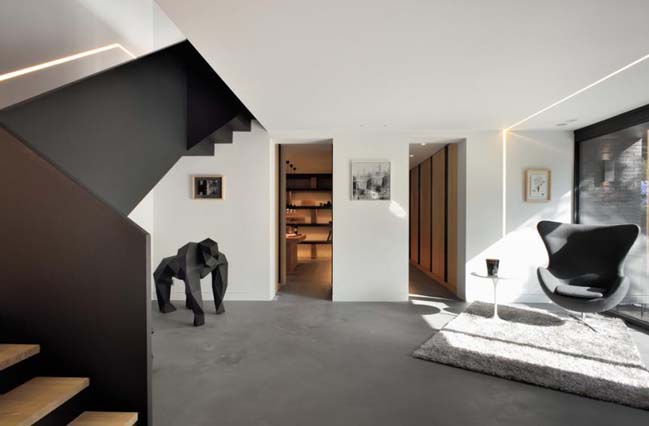 The former house was essentially a 2-story white brick building. It took advantage of the slope of the terrain to include a two-car garage in the basement. There was an exterior staircase leading to the main entrance on the first floor. 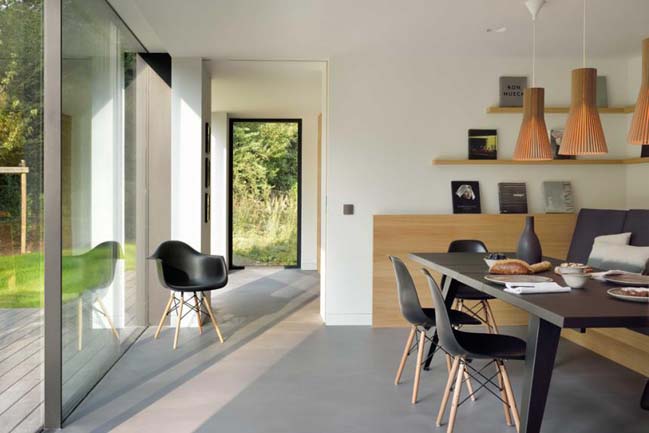 Strict building codes required that the geometry of the old building could not be changed, including its sloped roofs, its height and the materials it was originally built in. However, there were few regulations about “carving out” the ground or choosing the colour palette. 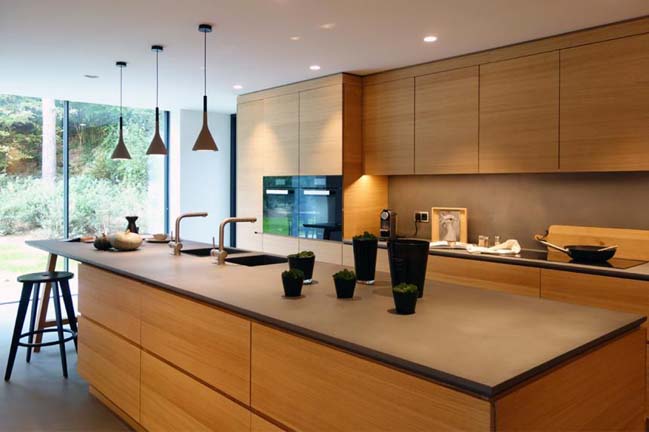 The intervention thus consists of renovating and extending the existing house:

I. Creating a “plinth” for the home: the ground floor of the house was extended enhancing the geometry of the building and giving the impression that it now sits on a plinth. This extension also offers a new exterior staircase linking the two levels of the garden and creating a passageway along the south façade. Finally, three niches are carved within the mass of the plinth: the garage, the office entrance, and the new main entrance. 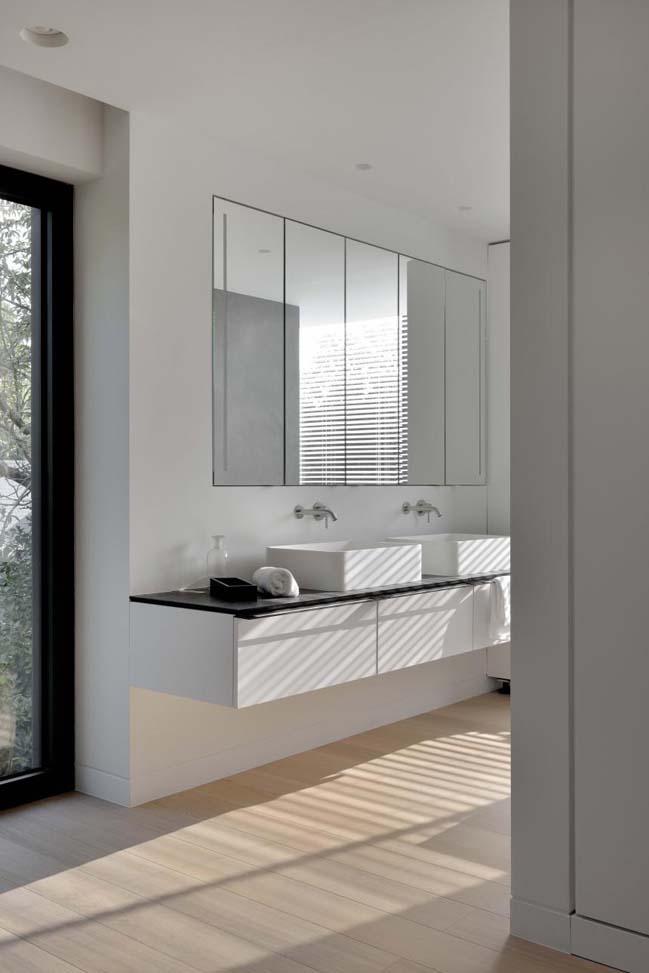 II. Revisiting the interior: The new entrance to the home was brought down to the ground level, offering a direct and generous access for its occupants. It also completely liberated the first floor. Once inside, a new sculptural staircase carves its way up along the walls. Furthermore, the new living room is now 2 stories high. 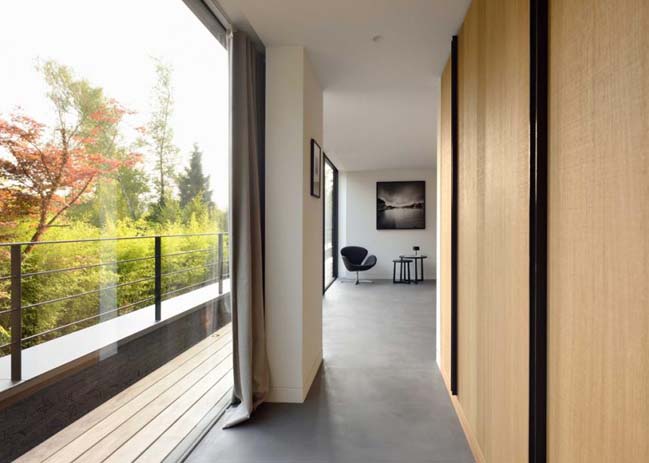 III. Framing Nature: To give the impression of a monolithic structure, a dark coloured palette was used for the façade, the roof and the window frames. The interior walls of the home, seen as a “camera obscura”, are mainly painted white offering a perfect contrast to the outside world: the windows become framed moments of the surrounding natural landscape 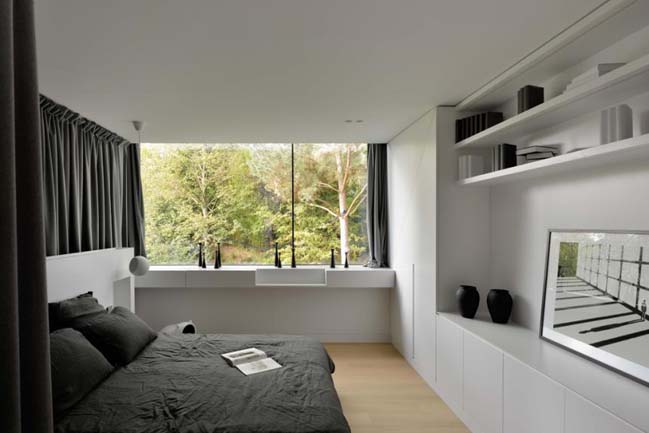 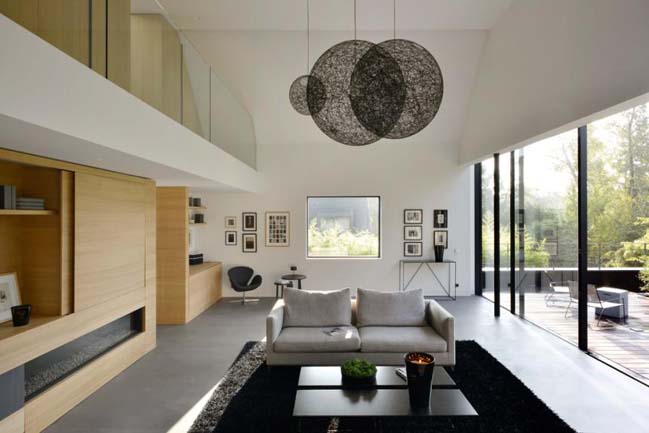 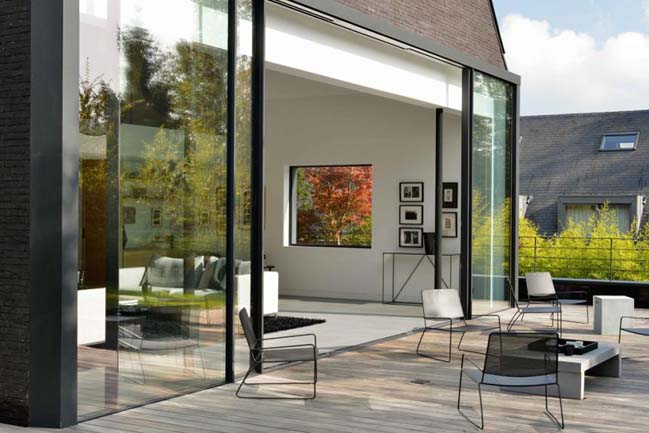 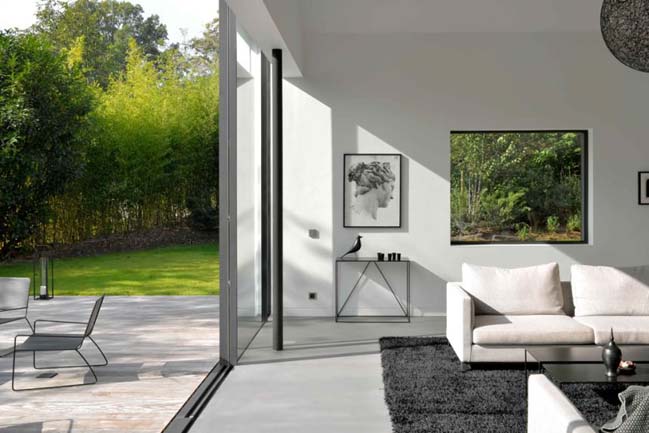 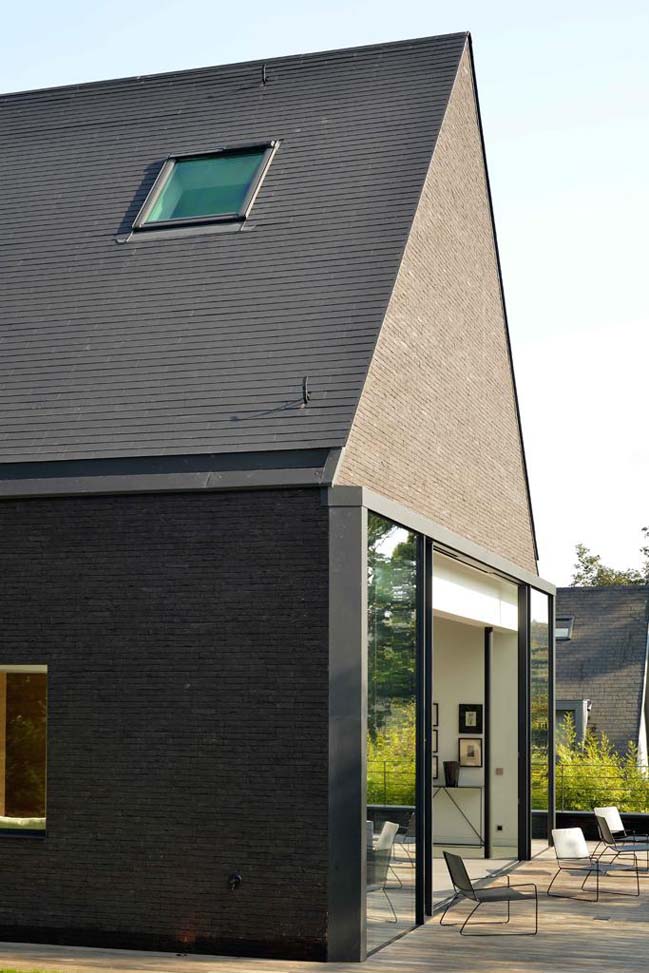 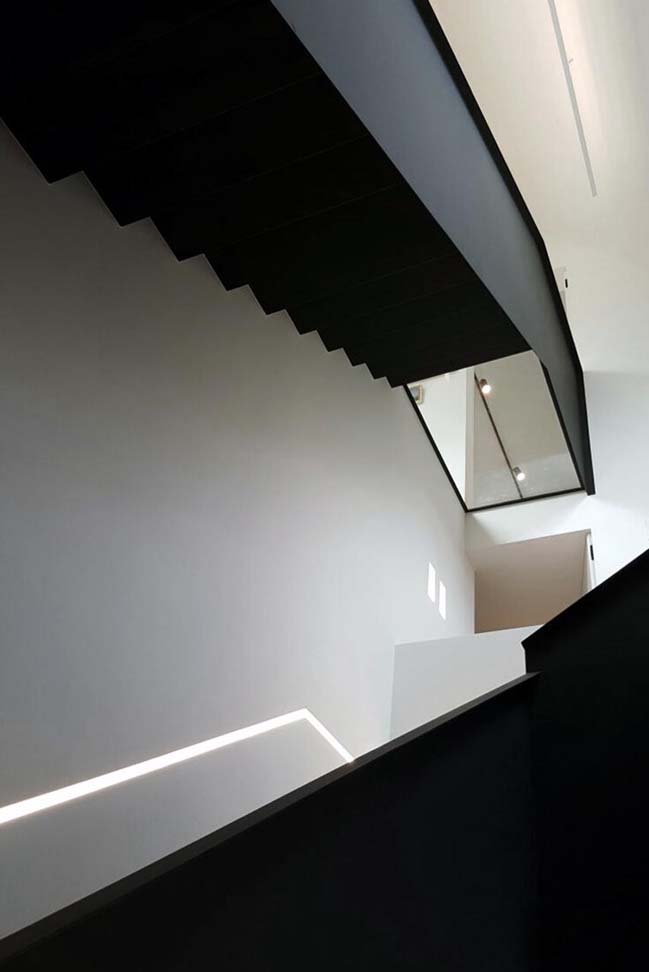 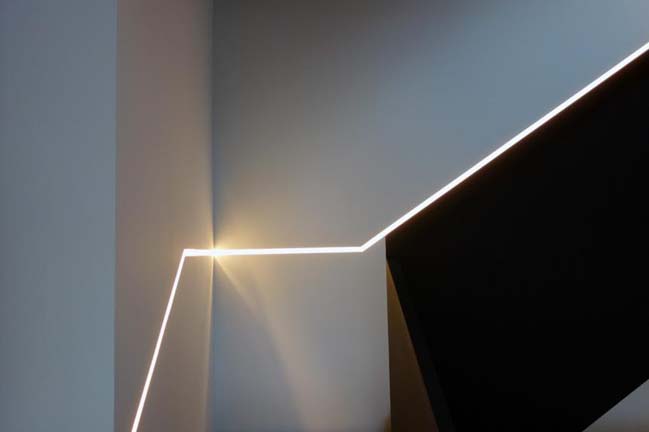 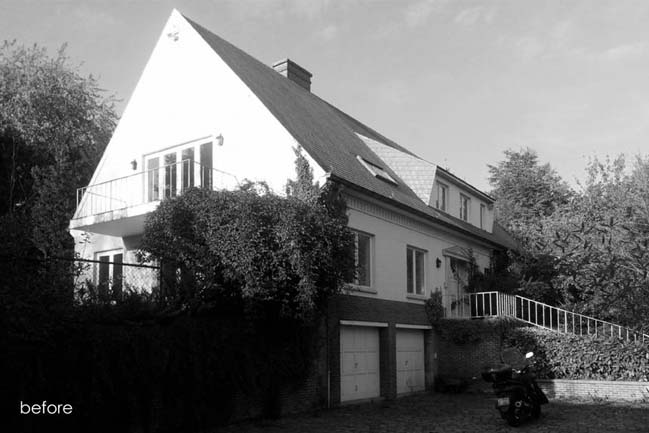 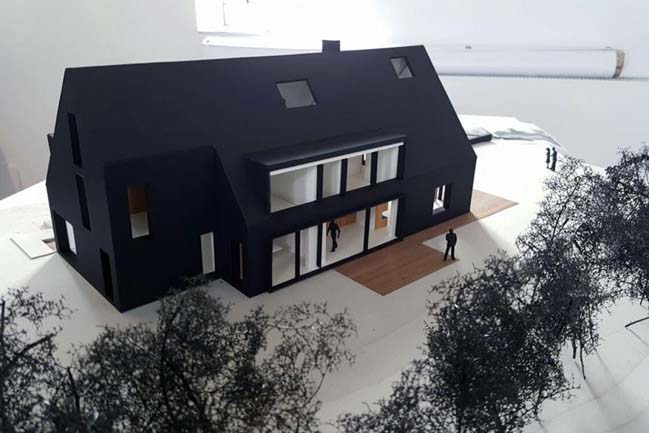 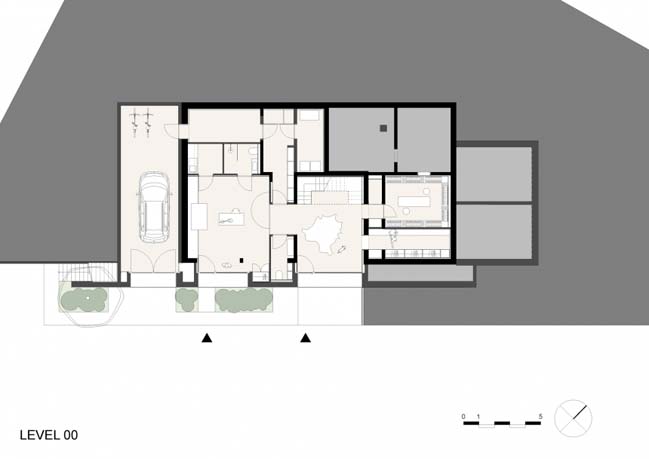 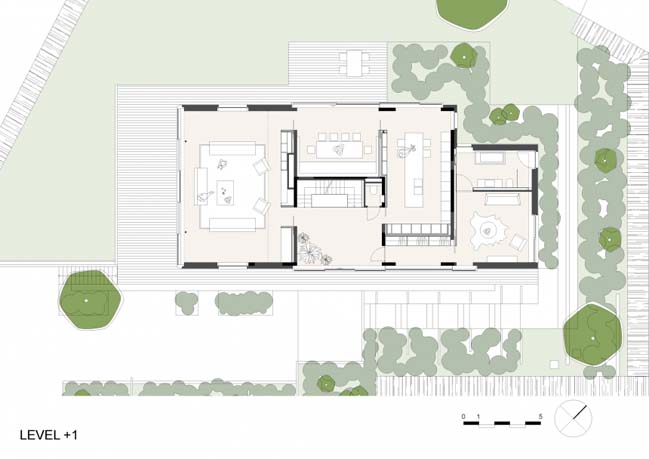 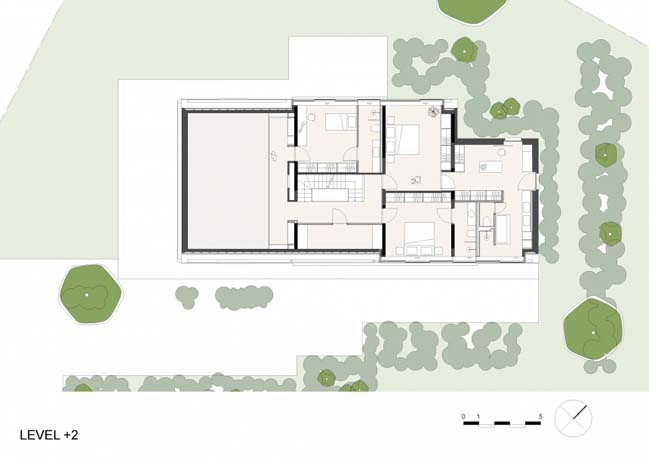 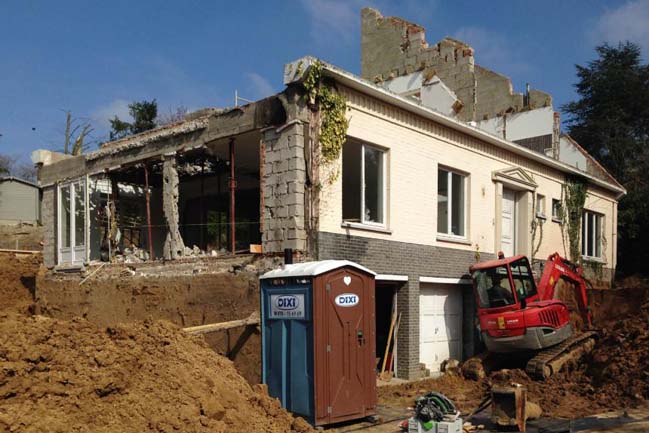 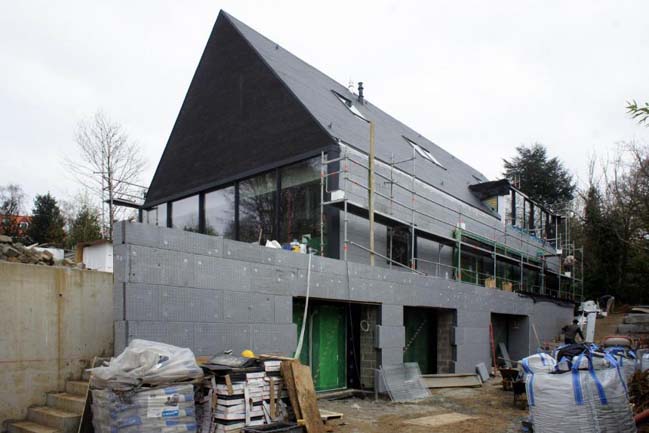