The main idea was to create something different and original. Not just a single-family house, but an abstract form. MUS ARCHITECTS wanted to create a building that refers to the mountainous area, a house that seems to be a result of tectonics and not design processes. 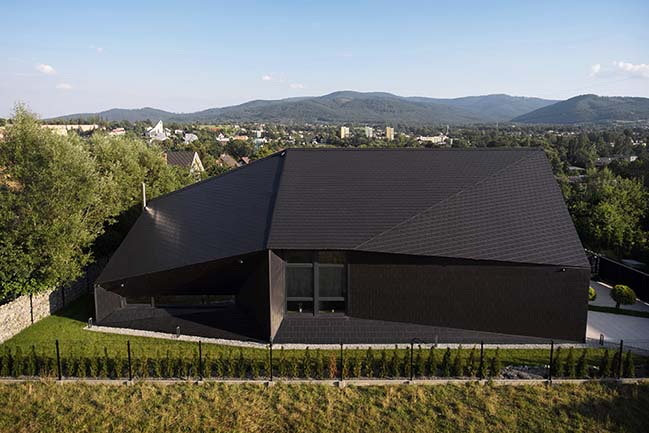 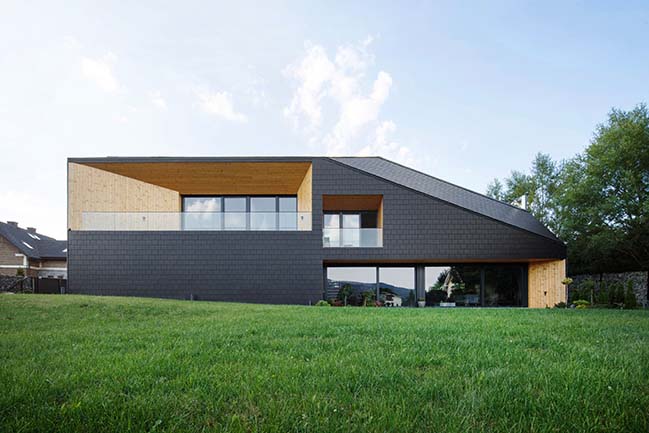 From the architect: This thought was the starting point of the project and the frame that kept the space composition in check. Therefore, we tried to design and implement the concept of a space by escaping the standards associated with single-family houses. We wanted this house to emeryt like an erratic boulder embedded in a mountain slope, not an architectural form with walls, windows and a roof. 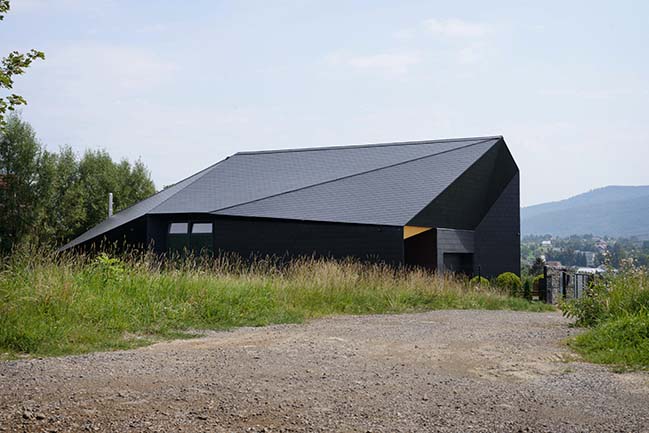 FORM - "Black Rock" originates from the topography of mountainous terrains. "The Rock" is not a cuboid, a cube or a classic house with a gable roof.  It is an abstract multifaceted solid without obvious division into walls and a roof.

In the south, the house opens up to the garden, the sun and the view of the Beskids (mountains). The southern wall is high and includes openings such as glazing, terrace and loggia, which provide the panoramic view. The northern facade mostly consists of a roof slope falling to the plot border - the house’s wall is low and closed here. 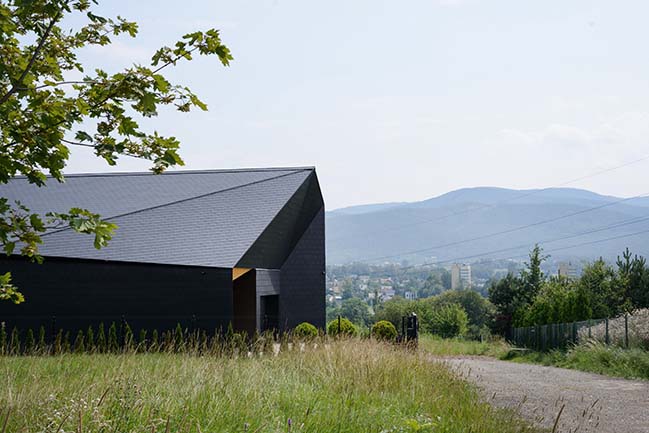 STRUCTURE, FORM, MATERIAL
The plot is situated on the slope of the mountain. It has a clear decline both in the south and east. The initial plan of the house was adjusted to the slope so that the entire ground floor sits on the ground surface. Based on the natural terrain, the horizontal floor plan was broken half way through. As a result, the entrance zone with a garage and supplementary rooms is on a different level from the living room, kitchen and dining room. A half-floor has been created so the entire living area is directly connected with the terrace and garden. 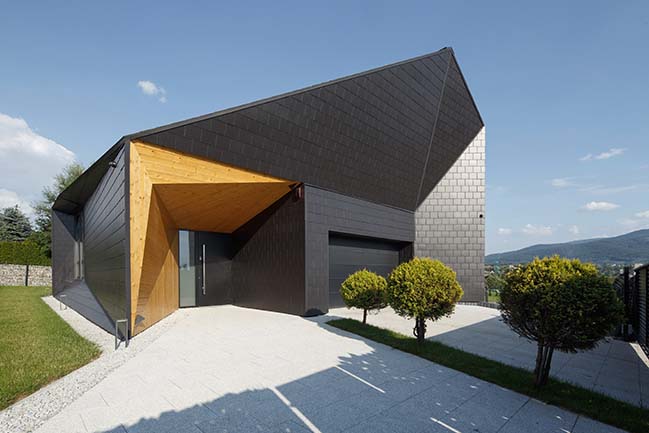 This design process led to the division of floors in the night part of the house (first floor) and as a consequence we created the multi-pitched roof, whose refractions follow the faults resulting from the house’s functional layout in the actual area.

Thus, the form of the roof and the body result from the functional design objectives being adapted to the landscape. 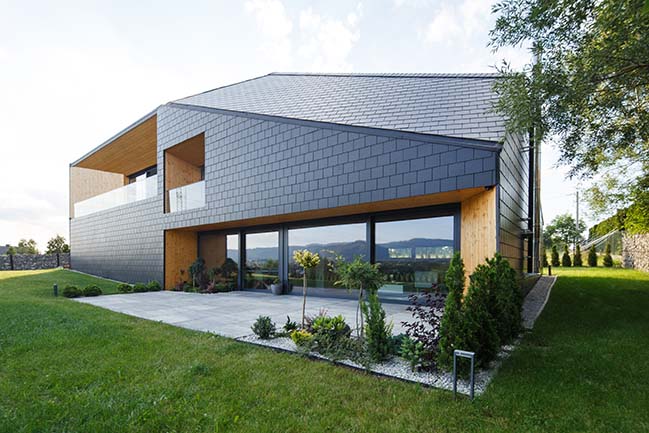 The building's geometry was built into the topography of the mountain, highly impacting the house’s structure and its final dynamic form. There is a strong relationship between the building and the surrounding landscape. The external character of the house is formed by its multi-layered form as well as by the material which was used as a packaging of the function. The homogeneous and raw black shell conceals internal spaces and levels.

Sharp, jagged boulder, black slate or basalt lump sticking out of the mountain slope, instead of a classic suburban house. The entire creative process was based on the original idea. It became the genesis of the project and was brought through the entire design and construction process, until the end - the implementation of the "Black Rock". 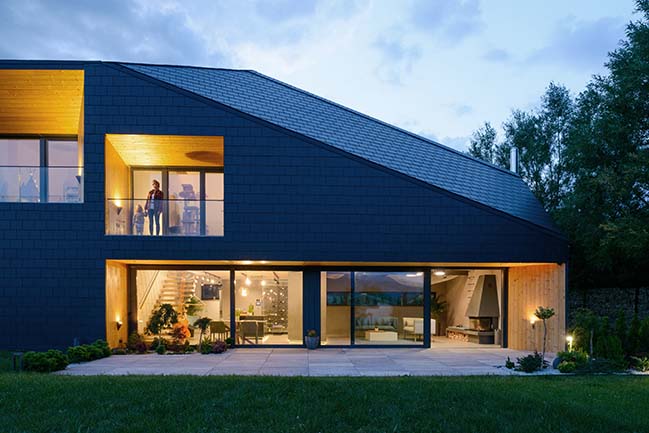 THE GENESIS OF THE HOUSE'S SHAPE 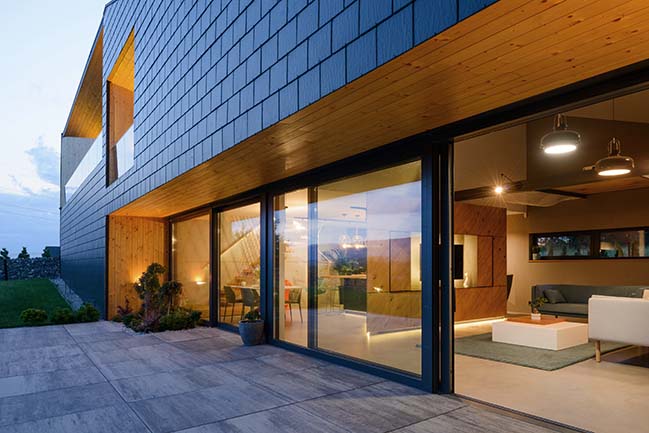 LANDSCAPE PLANNING
On the plot that significantly declines towards the south, we designed a single-family detached home. It consists of all the functional features we have planned. The living area and a garage for two cars, as well as an additional room on the ground floor. The total area of ​​the house is 260 square metres.

The building was located along the northern side of the plot. The entrance is planned from the west side, away from the border in such a way that it is easy to access and park at the property. A large part of the plot in the south remains undeveloped - there is a garden and terraces with the view of the mountains. 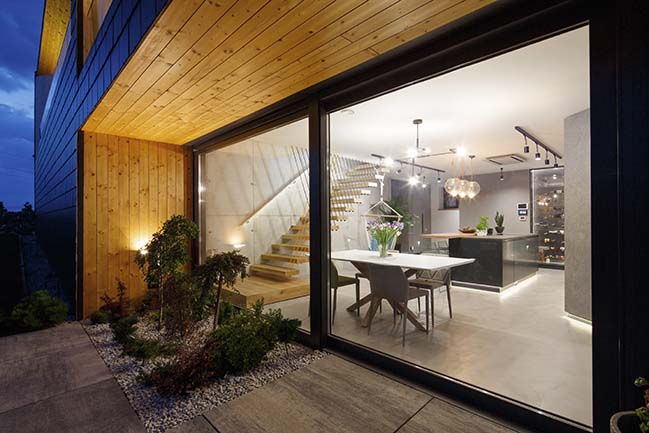 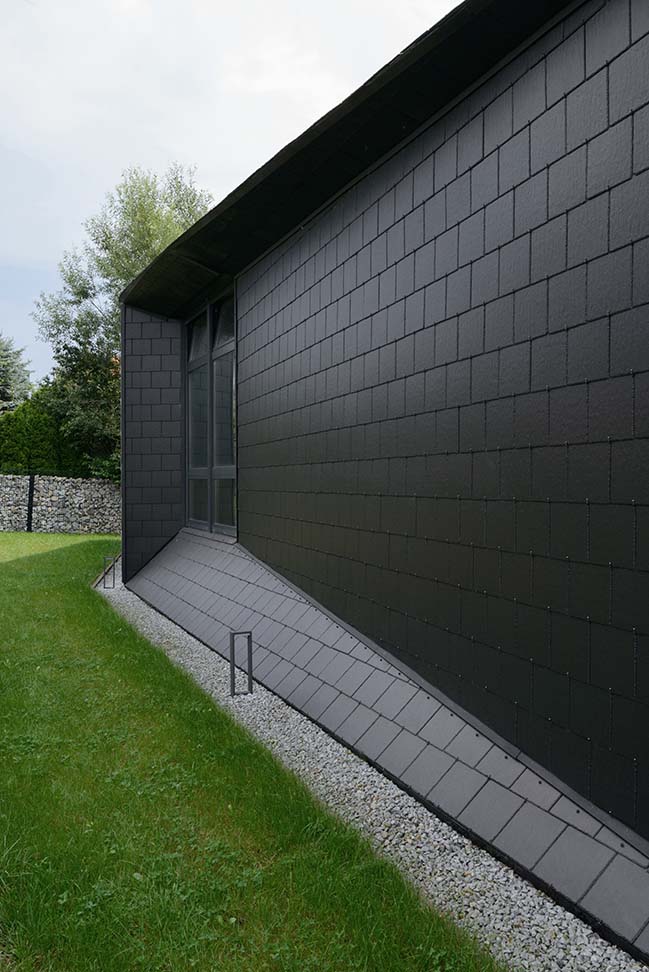 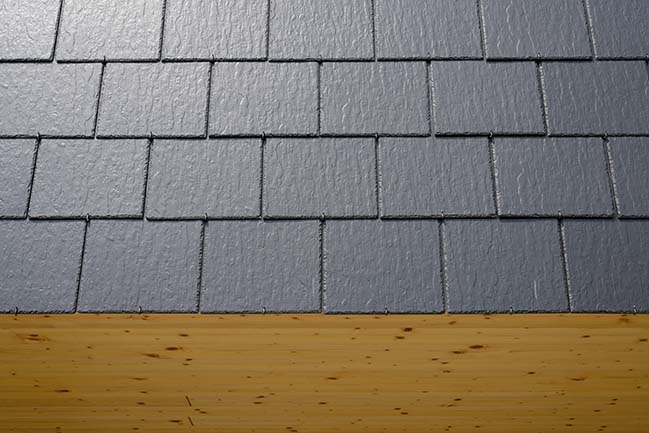 > You may also like: Black House on Nevezis River Slope by NEBRAU 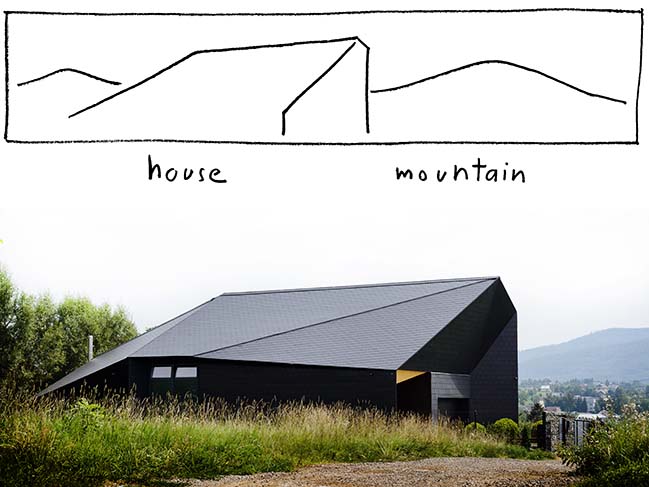 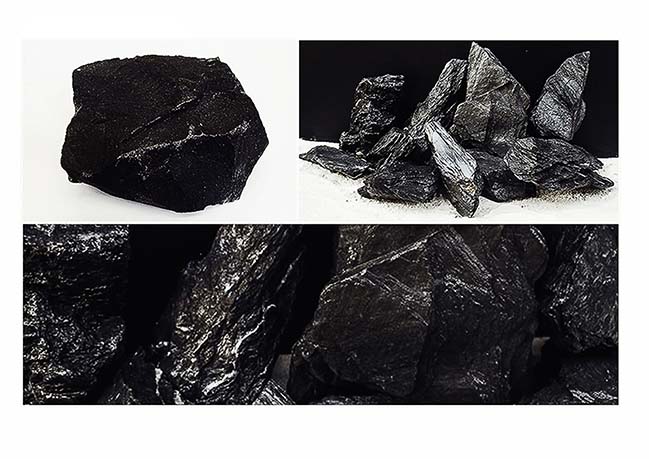 > You may also like: Men in Black by XS Studio for compact design 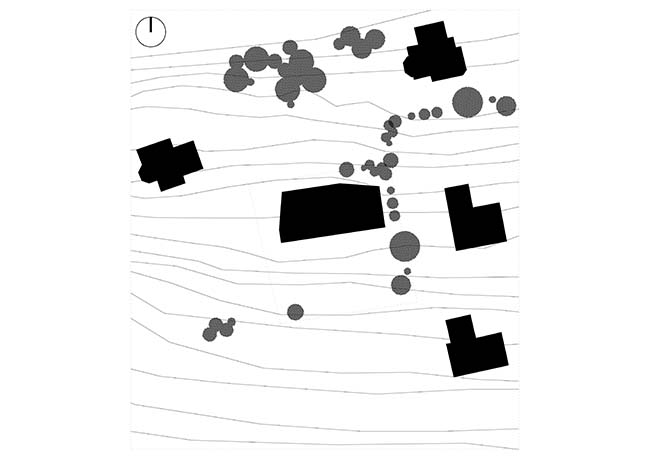 10 / 25 / 2018 MUS Architects wanted to create a building that refers to the mountainous area, a house that seems to be a result of tectonics and not design processes