Completed by Mesura. Can Llimona is a interior architecture design of a cottage (1778) and later modernist house (1909) in Alella, Barcelona. 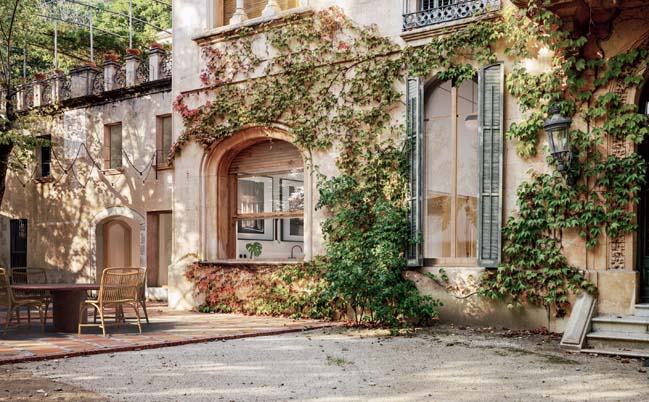 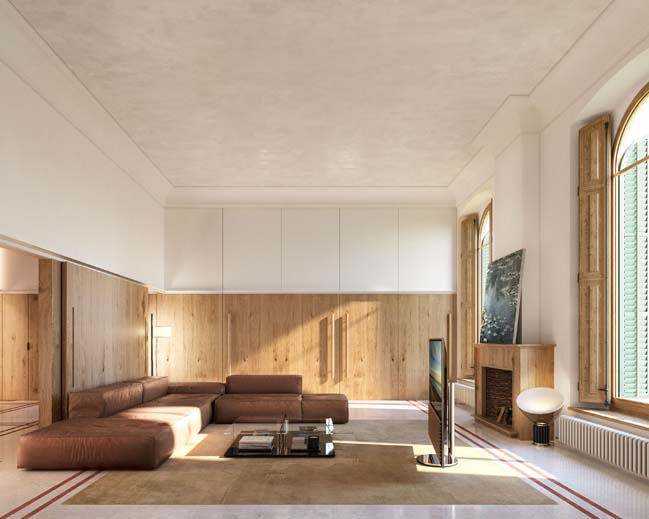 From the architect: A construction with an architectural character and segregated in several parts with a large common garden, was what Lluís Clotet and José Antonio Martínez La Peña were looking for in the late eighties to live. The result of the search was to find a majestic "mansion" in Alella, which consists of an old Cottage from 1778 reformed and enlarged in a large Modernist house in 1909. After the discovery, the house was segregated by floors, causing each Tenant would have a floor. 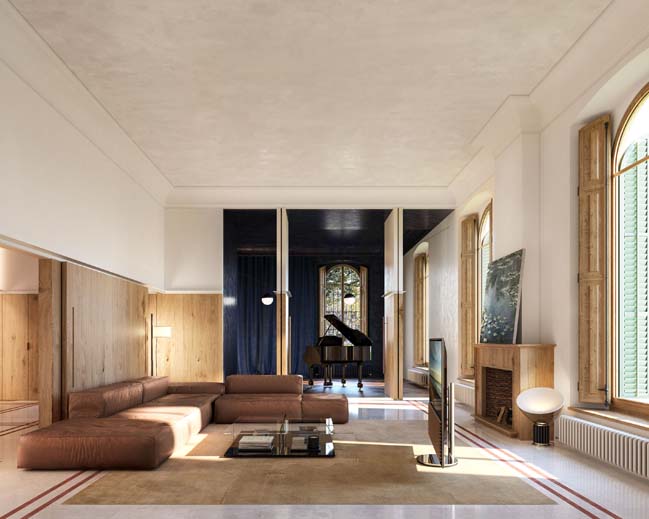 In 1992 a reform was made by the architects with a clear vocation of respect to the original architecture, generating new spaces more open and versatile through an intervention that links the spaces with a base at a height of 2.20m. 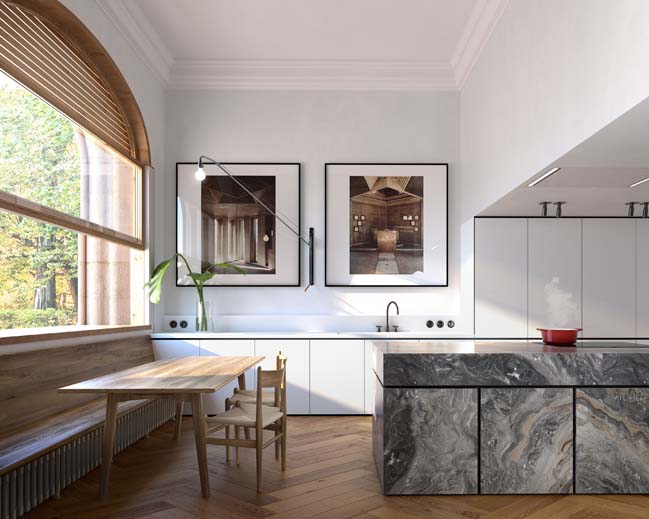 25 years after the intervention, the Iborra-Wicksteed family finds on the ground floor of the modernist farm their main needs for their new home: A single-storey house; a large garden where you can walk and grow a garden; and a rich architectural space. The problem that we find is that the current reform corresponds to a house for a family, while what is sought now is a house for a single couple. This opens a range of new spatial possibilities thanks to its new use and the requirement to generate a huge "master bedroom". 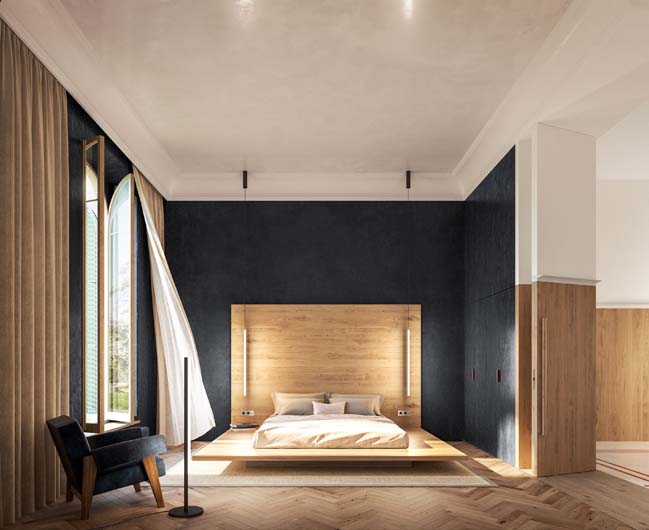 The project observes and studies the existing house from deep respect, understanding its three great formal singularities: the cottage house (with its large swastika walls); the modernist house (with its high ceilings and its large transverse spaces); and the intervention carried out in 1992 (which opens more common spaces, and links them with a base of 2.20m). 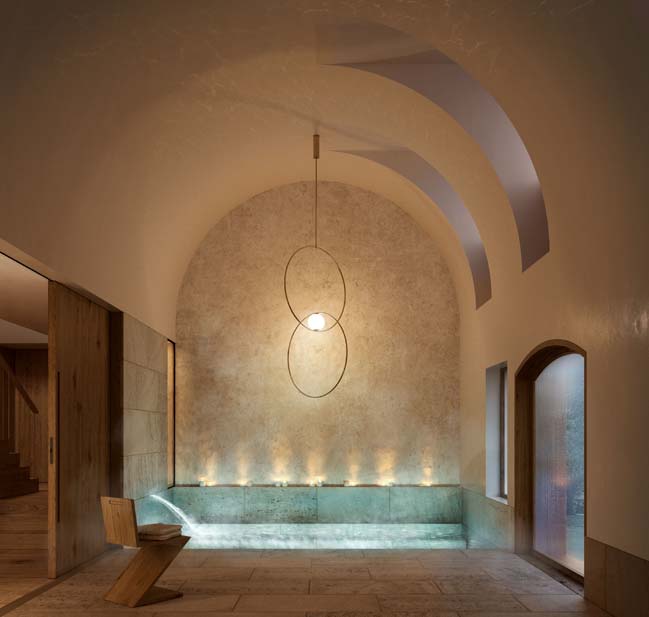 In the current state of the reform project, the farmhouse and the modernist house are treated differently at a formal and material level. In order to give uniformity to the new housing, it is proposed to break this scheme, linking the two "worlds" through the formalization of a new intervention adapted to the new needs. For this purpose, a large continuous longitudinal piece of furniture interlaces the fringe structure of the high-ceilinged modernist house with the two-story swastika structure of the old farmhouse. The furniture extends in the two structural axes and in the three existing heights and separates two worlds: the one of the day life and the one of the nocturnal life (with the services and storage like label between them). The furniture will be the separator, but also (and more importantly) the transversal connector that will generate new spaces unprecedented through its permeability with large doors inspired by the stately Noucentist doors. 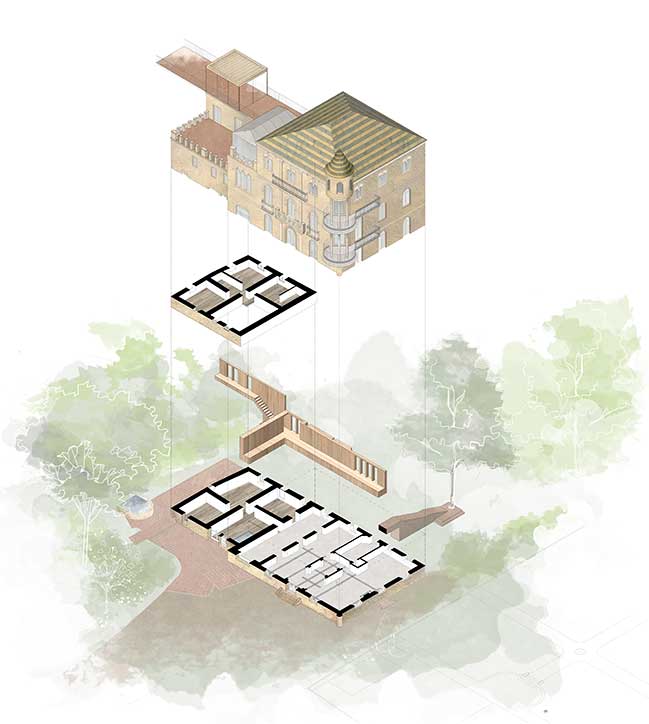 The atmosphere, cozy and stately, is based on three original noble materials of the modernist house: stone, wood and stucco. This idea is taken to the limit in the materials and planted forms: large white spaces with vertical curtains and stone floor; rooms of stucco finish (original of the modernist house and lost in the reform of 92) dark with wooden floor; A stone monolith as a kitchen island; Stone walls seen in the indoor pool ... 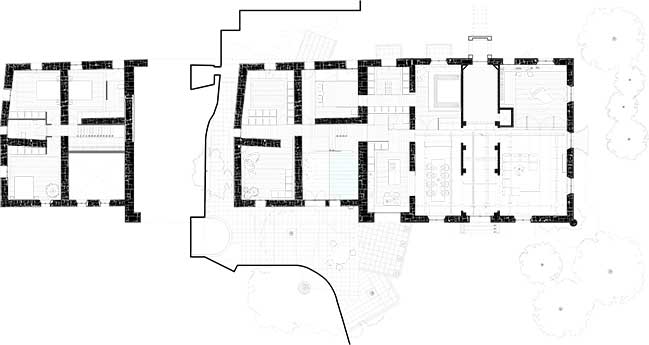 The modern intervention (back to the modernist and rural origins of the imposing estate) accommodates the new needs of the tenant through a permeable longitudinal furniture that opens for the first time the transversality of the spaces. 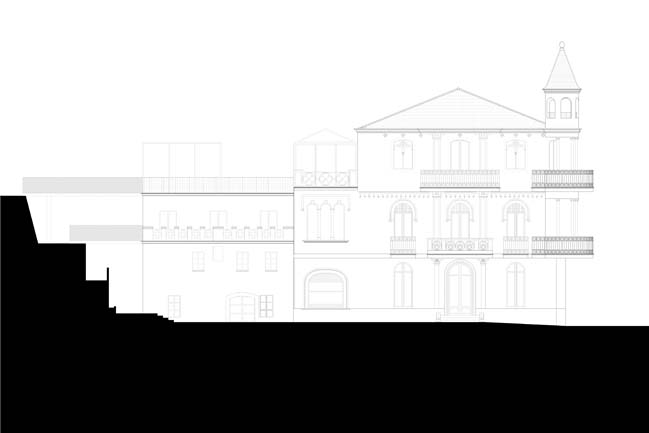 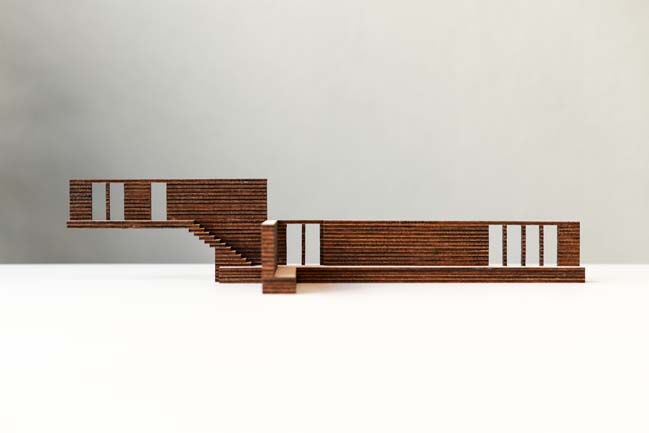 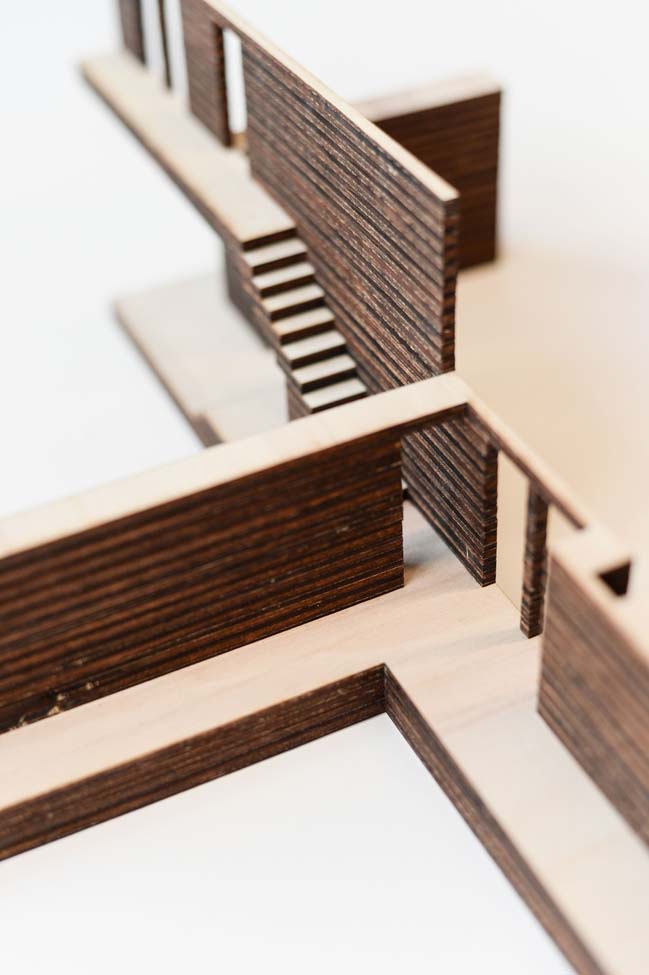 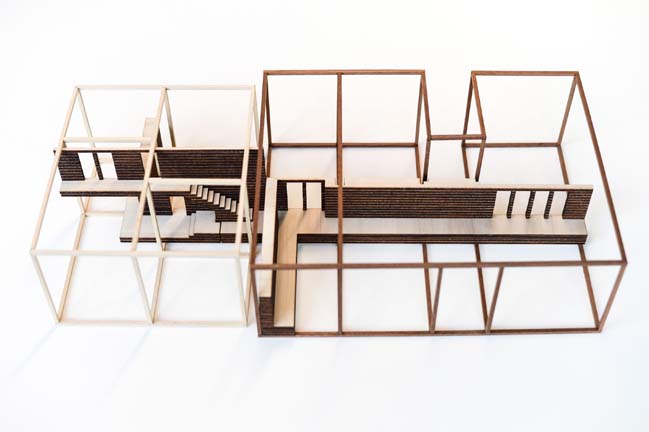 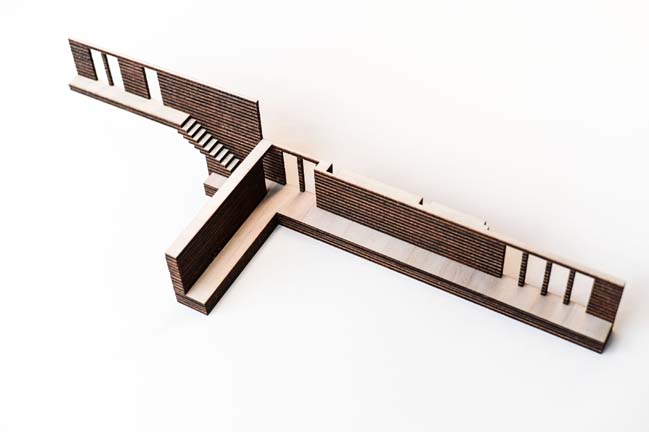 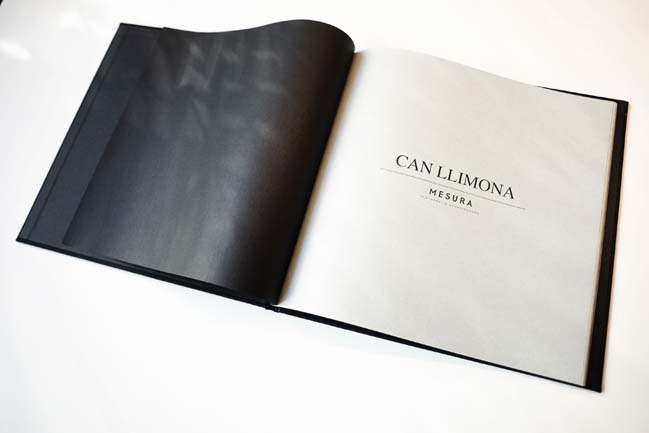 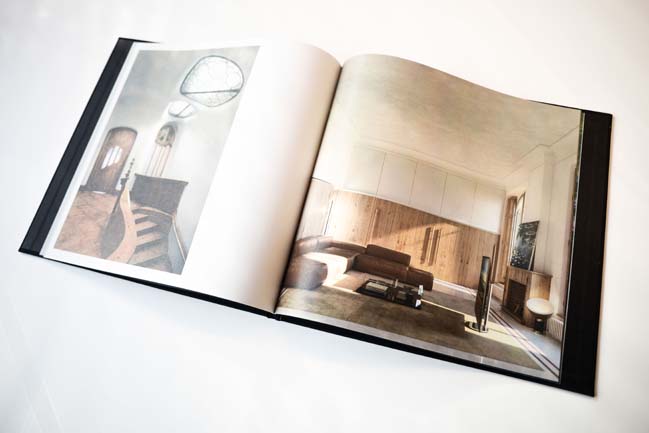 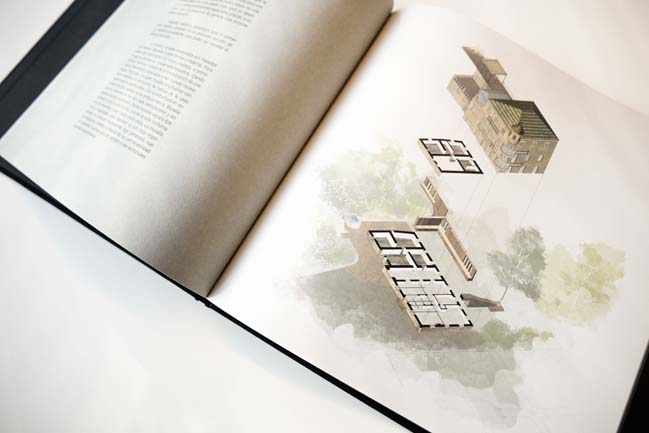 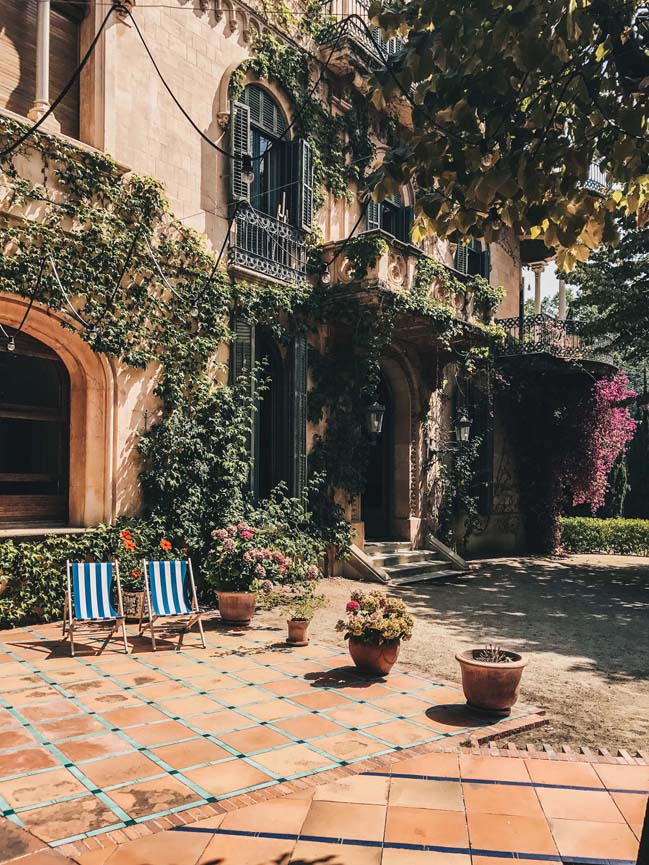 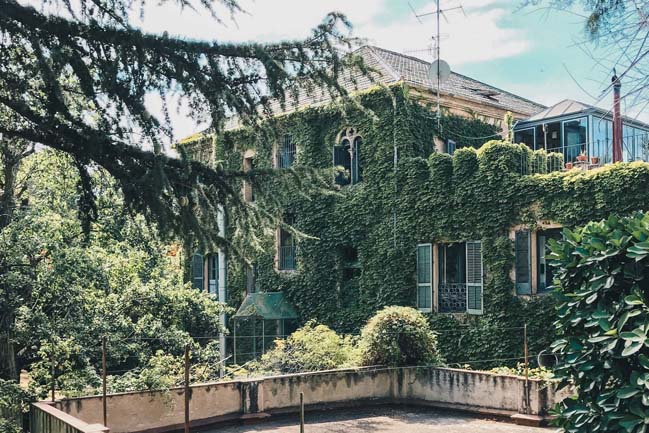 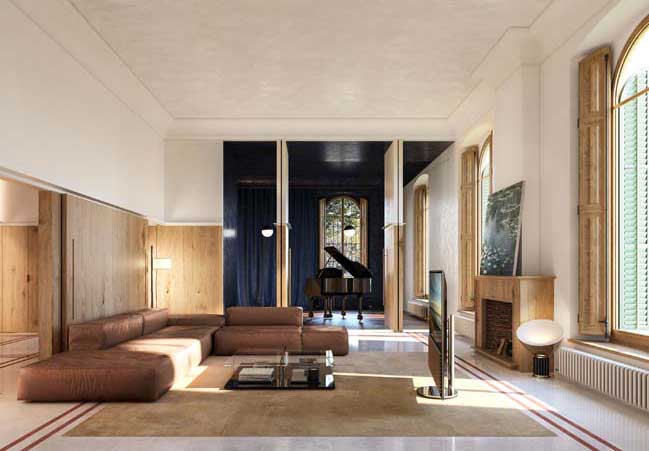