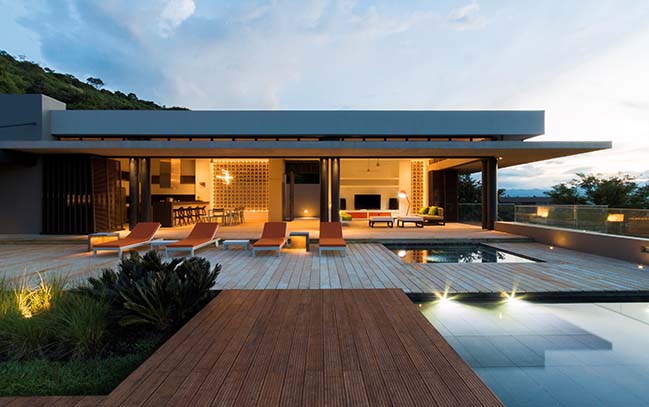 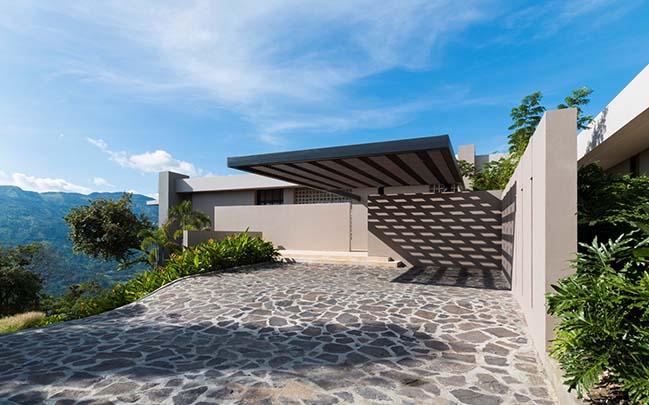 From the architect: As a challenge, this house located on a high slope terrain in the Colombian mountains took the greatest advantage of the topographic staging to generate a strategy associated with ecological factors and bioclimatic use, generating a water reservoir that functions as an ecological corridor and that landscaping It is the generating center from which the design starts. 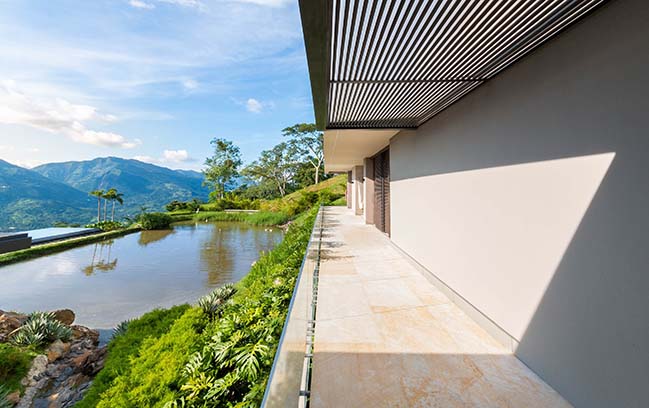 The approach of this LAGUNA is projected on the flattest part of the lot, taking advantage of its minimum depth and natural shape of the land as a topographic elevation of rainwater and driving these. The morphology of the lot allowed to generate a proposal around a reservoir to generate a microclimate and a correct cohesion between the built and the natural, reducing the footprint of implantation and construction on the ground. 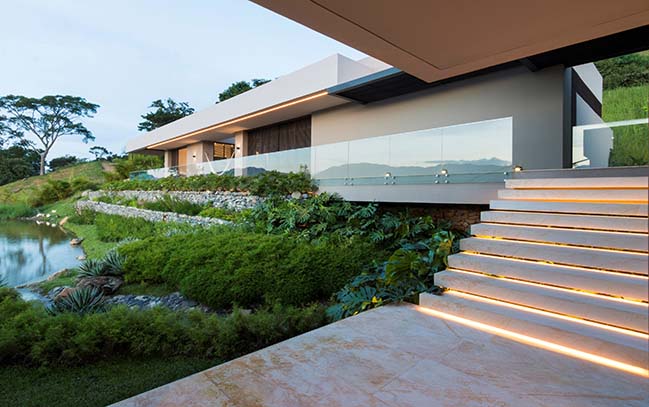 After defining the depth of the reservoir and its morphology derived from the most appropriate topographic elevation in terms of the proximity of the construction, the house was raised above the level of water sheet, thus allowing to drive and the waters of the natural runoff of the land . This conduction and free circulation of water occurs through a pair of waterfalls that help the oxygenation of the reservoir, thus maintaining its level and frequent water circulation. 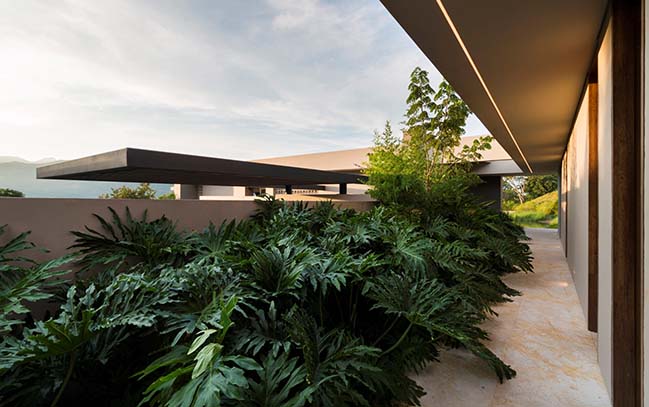 Due to the steep slope, these channels in constructive terms help to drive the water out of the house, a landscape solution and an architectural enclave that inspired its design through a LAGUNA as the central body. When implanting the house, it was sought to avoid excavations as much as possible, adapting to the different levels of the land without having the need to generate two floors, an implementation strategy that does not visually generate a building of two or more floors over a natural environment. 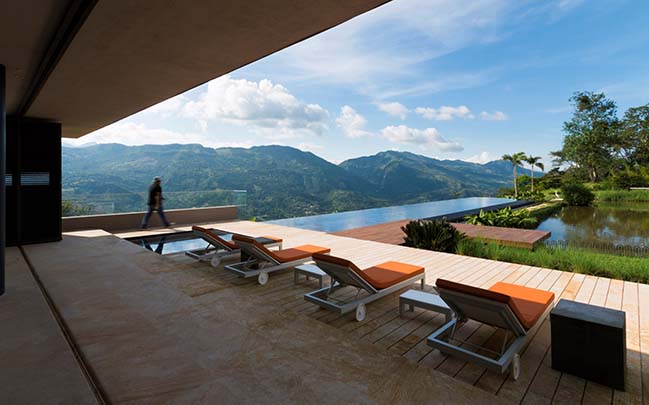 The L-shaped house, generates a geometric framing around the reservoir, where the staggering of 3 different levels are coupled on the morphology of the land through the horizontal planes in its subfloor and deck plates. The implementation of eaves and pergolas helped generate fully controlled areas of the sun and crosswind driving over the interior spaces for the hottest days. 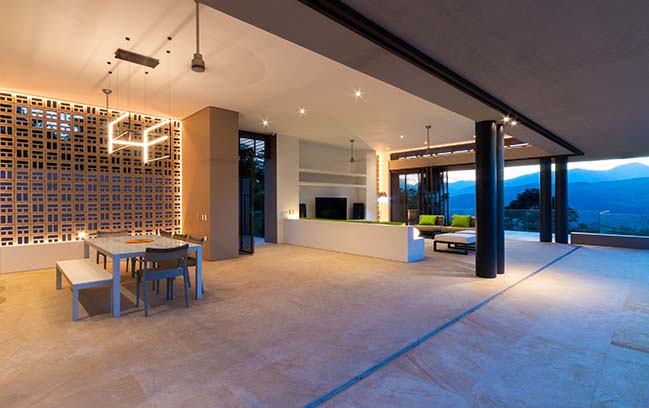 The use of these pergolas and decks on the exteriors is complemented by the use of terraces offering areas of permanence, relaxation and contemplation; design strategies between inside and outside, where the perspective from any angle frames the landscape enclaves of the Colombian tropics. 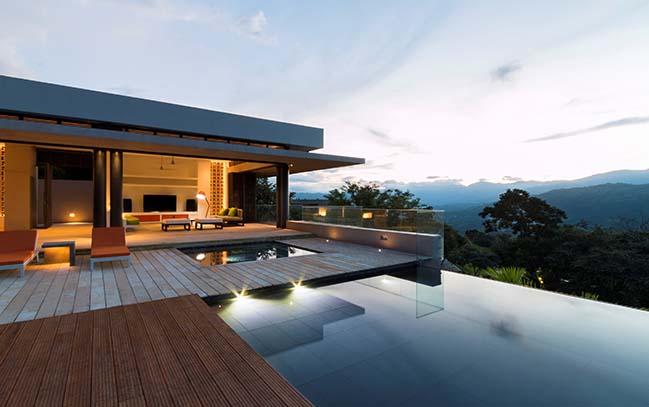 YOU MAY ALSO LIKE: Carla Ridge by Whipple Russell Architects 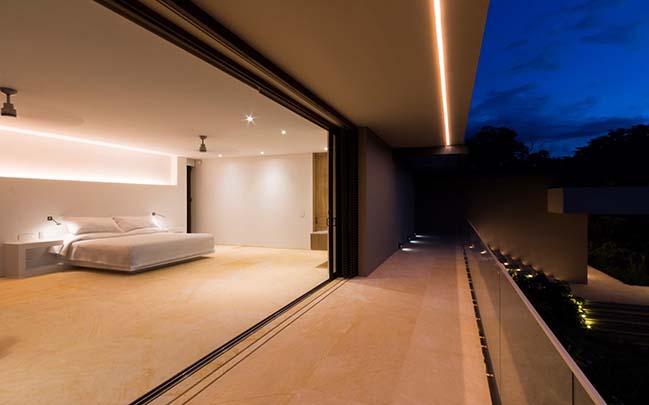 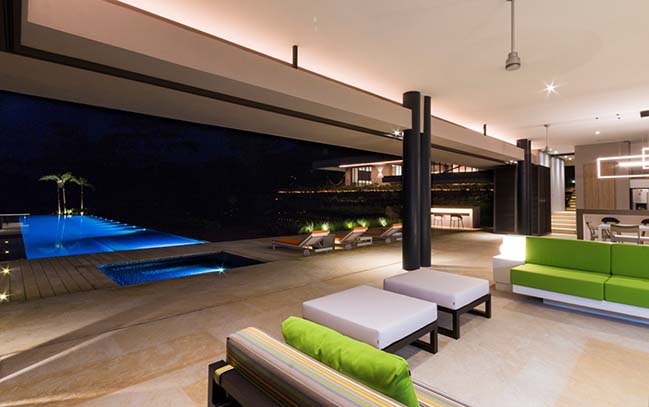 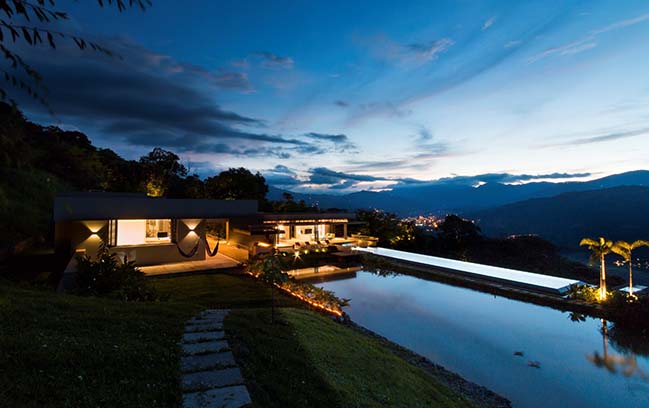 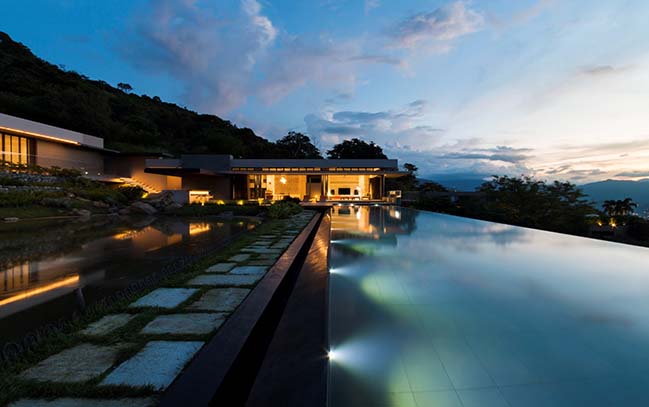 YOU MAY ALSO LIKE: S2 House: A house for nature lovers by Debaixo do Bloco Arquitetura 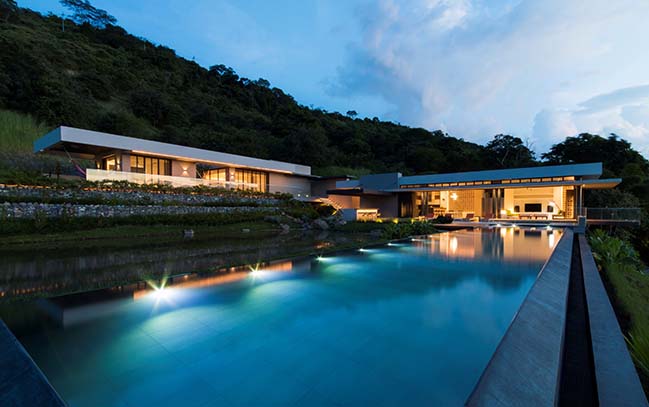 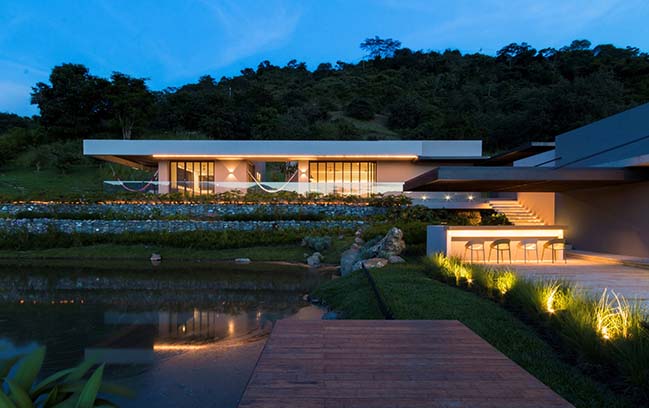 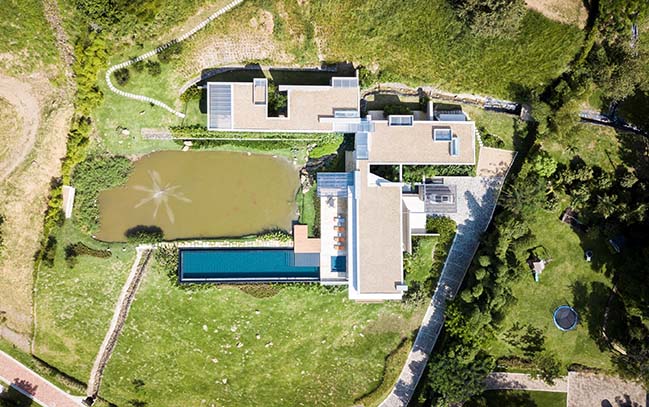 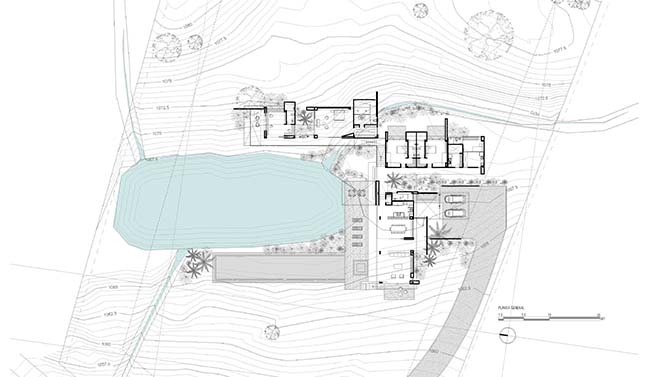 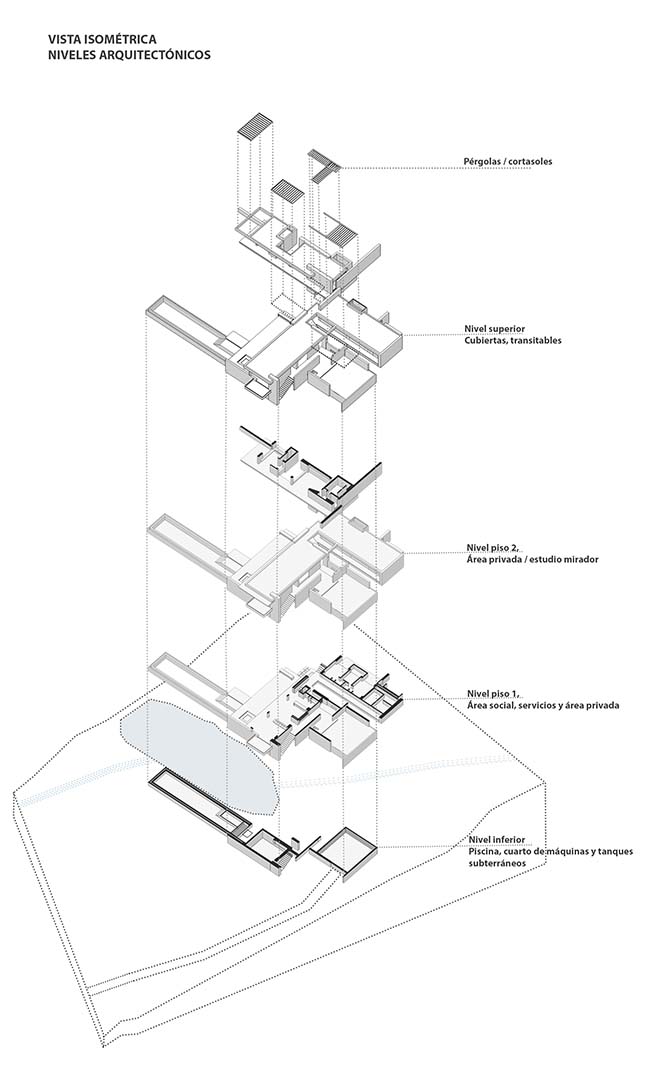 09 / 29 / 2019 As a challenge, this house located on a high slope terrain in the Colombian mountains took the greatest advantage of the topographic staging to generate a strategy...