Completed by Di Frenna Arquitectos. Casa Sekiz is a project that was designed thinking about the climatic conditions of the city of Colima, these conditions, make the interior and exterior walls require constant maintenance. 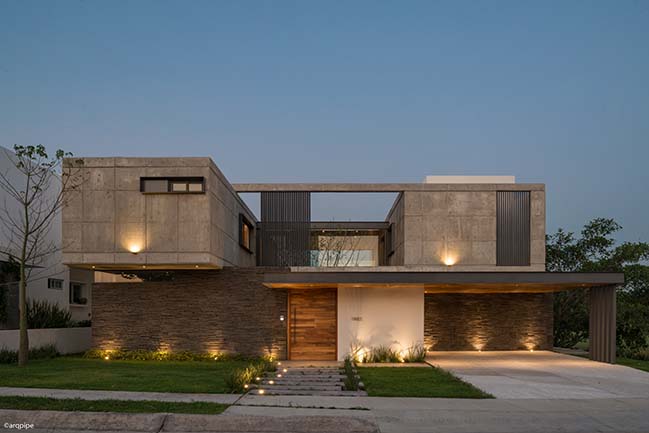 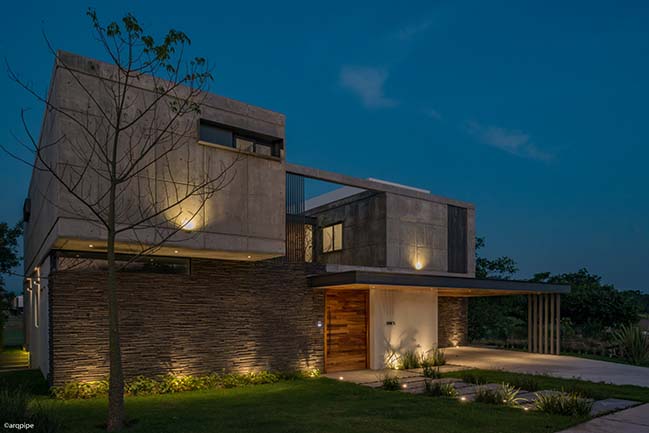 From the architect: Materials were proposed in their natural state, avoiding as much as possible the coatings. The interior patio surrounded by sliding windows, generates a microclimate inside the residence, natural lighting and its ventilation makes this space the central point of the house, generating a cozy and private atmosphere. The main axis of our design is a set of volumes interspersed with each other and that together with the large windows invite both the look of the house and the interior feel part of nature since all the spaces with orientation North; from the ground floor terrace to the upstairs bedrooms have an enviable view of the golf course and the majestic Volcán de Colima. Although the main façade faces South, its design was not neglected, even though by means of large concrete monolithics and vertical steel blinds, they make a curtain for the sun's rays, generating lighting but also a play of shadows. Between these volumes is seen emerging a tree that breaks completely with the monotonous of concrete and steel. It was built with a mixed system of concrete and metal structure, a system that allowed us to have openings completely open without supports; with the idea of ​​integrating exterior spaces to interiors. The entire structural system of the house is completely visible, so we see how all the structural elements of the house work and work. 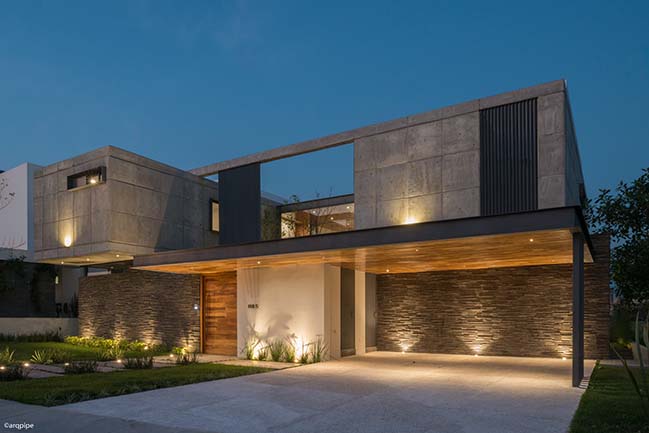 The house is developed on two floors, on the ground floor the kitchen with its large bar is integrated into the family room and the terrace, this space is separated from the room by means of a concrete double-height wall, which has a double function, on the side of the family room is a dividing wall and on the side of the room stands as a gray canvas that ends in a plafond of wood of parota. The room is flanked by a privileged view of the terrace and the golf course and on the other flank by a staircase of structure and wood that part diagonally the window of the interior patio. Upstairs is the main bedroom that is separated by a bridge of the 2 bedrooms on the west side. This bedroom from the head of the bed you can see the Volcano of Colima, also has access to a terrace where at night a coexistence space is achieved, since the second bedroom also has access to this terrace. 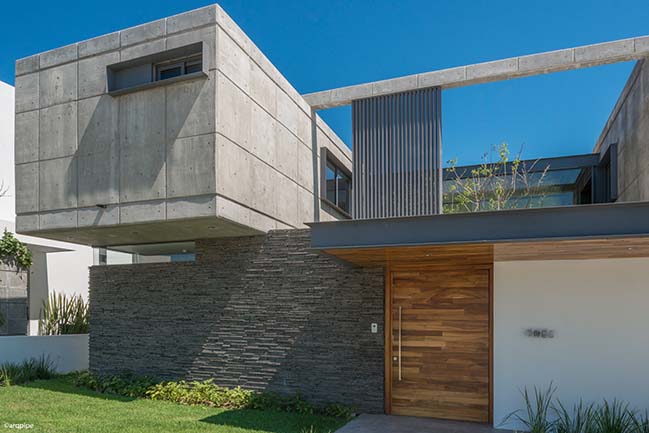 The third bedroom with the South orientation was designed a large window so that from its head you can have the view of the tree of the interior patio, generating ventilation and natural lighting, without sacrificing privacy. 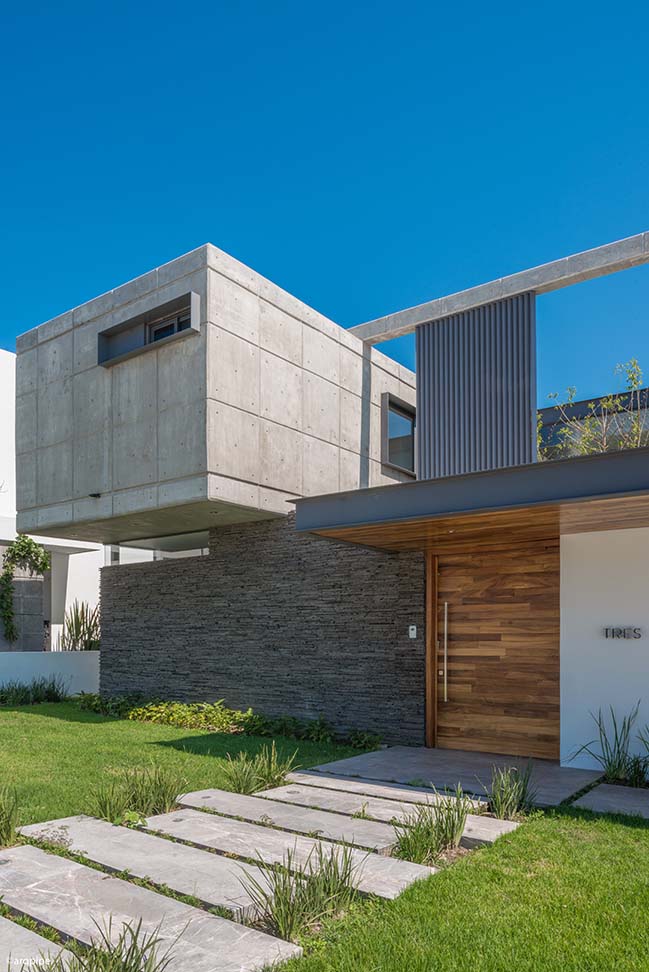 In the end, Casa Sekiz took the form of a large set of concrete dice that allows you to see its interior, its structure and its details from certain angles, giving the impression that its volumes, although strong, seem fragile due to the absence of walls and exploitation. of ventaneria structure and wood. 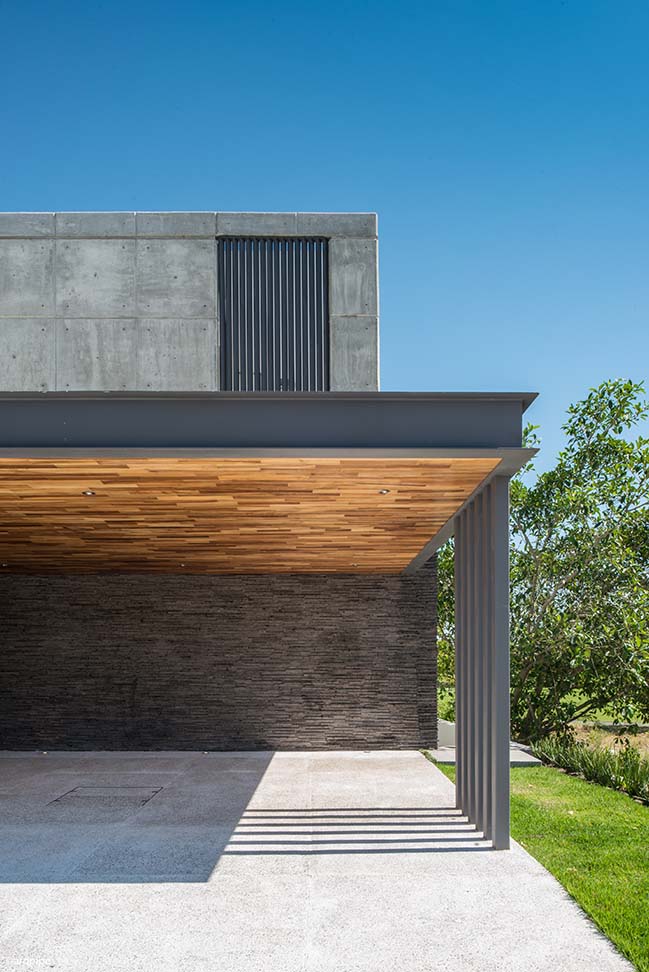 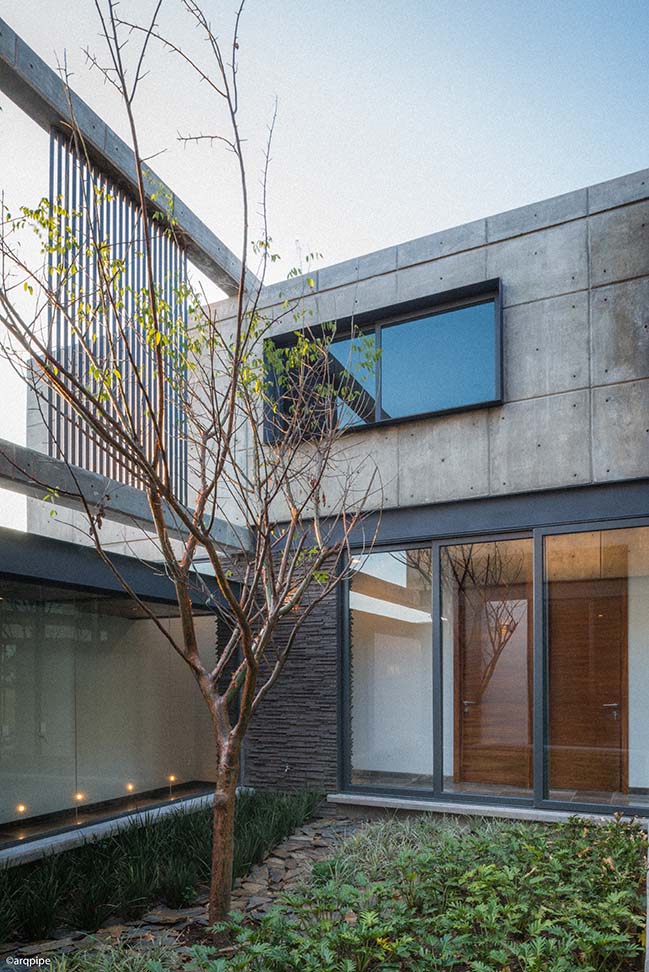 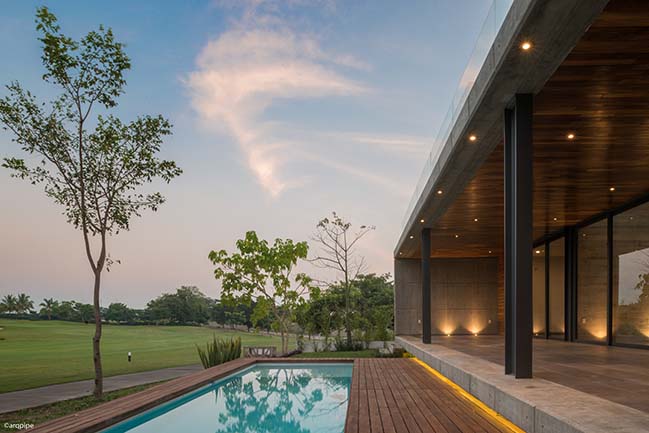 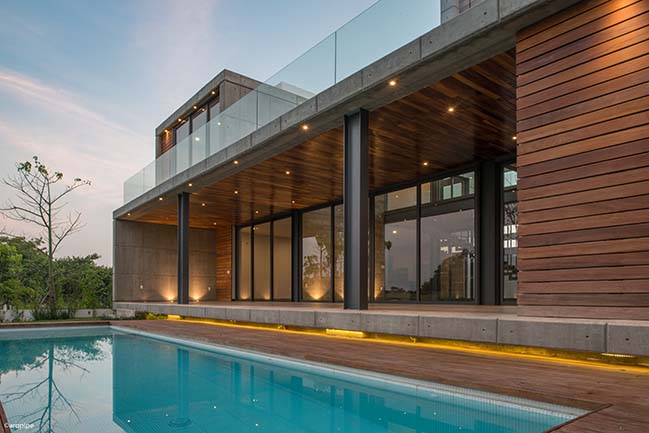 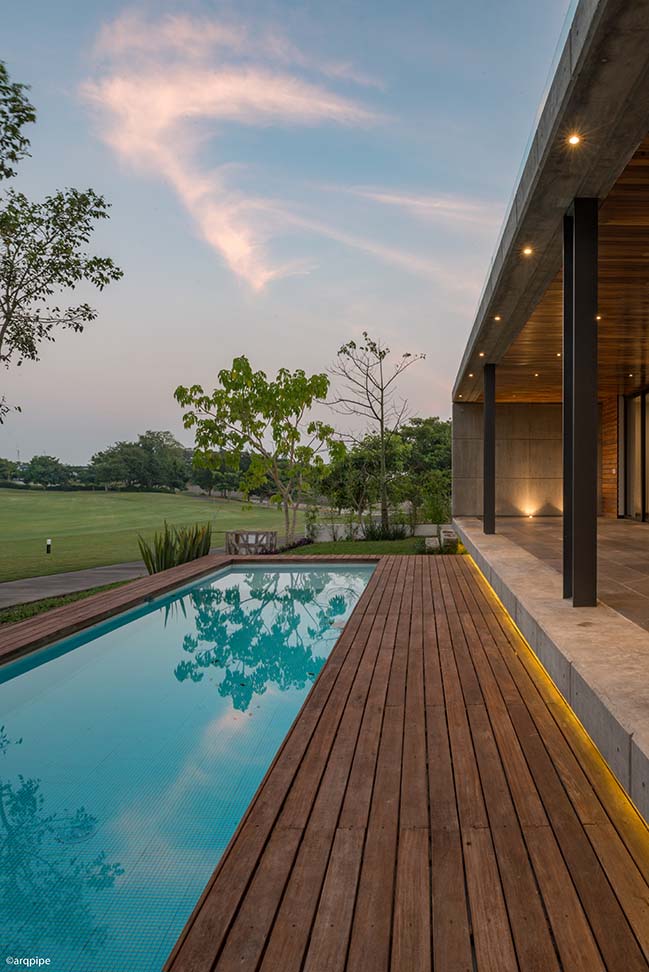 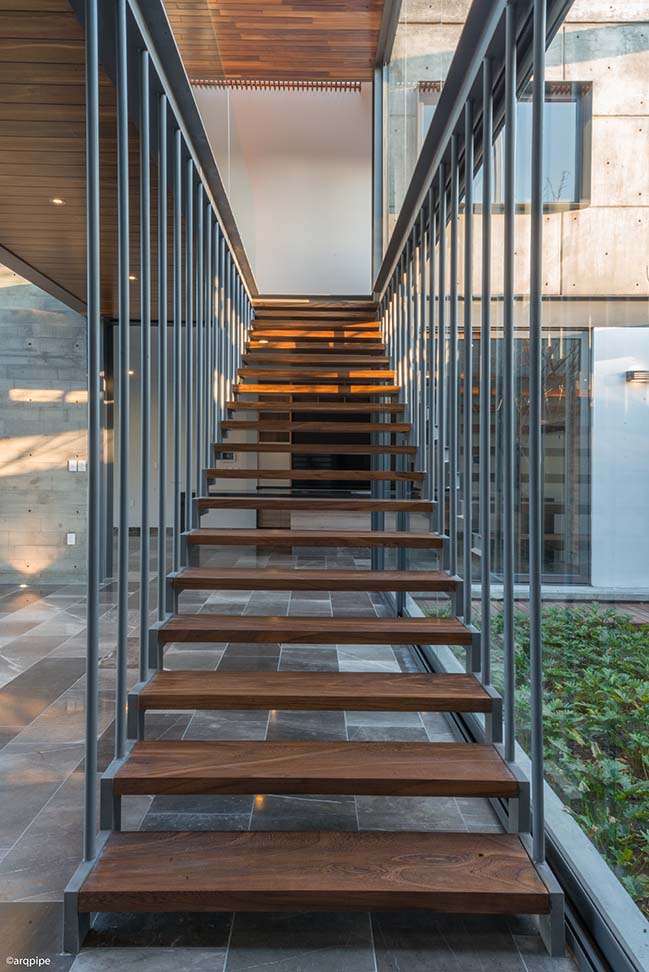 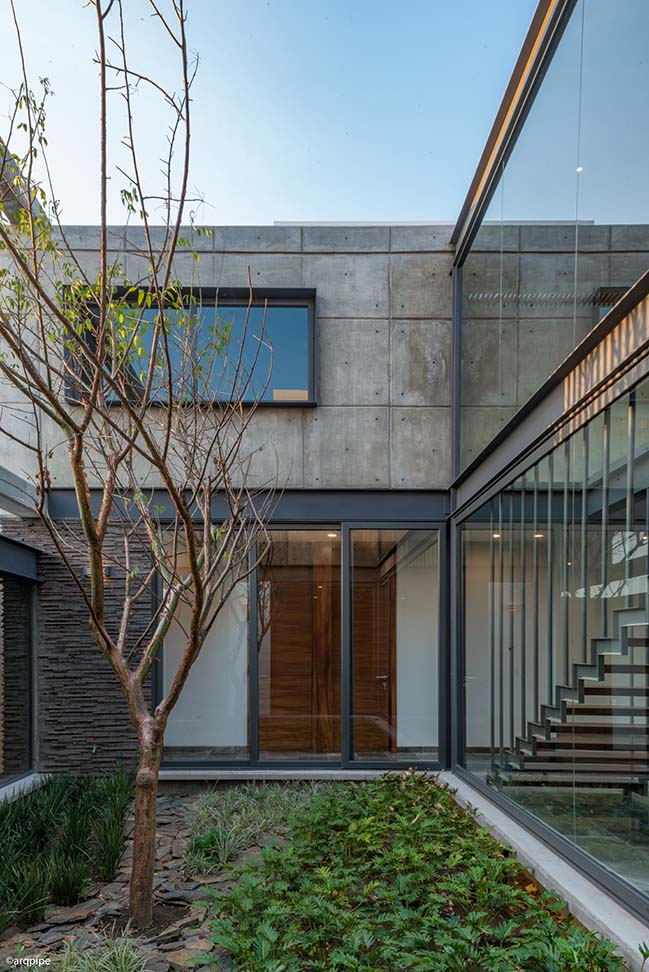 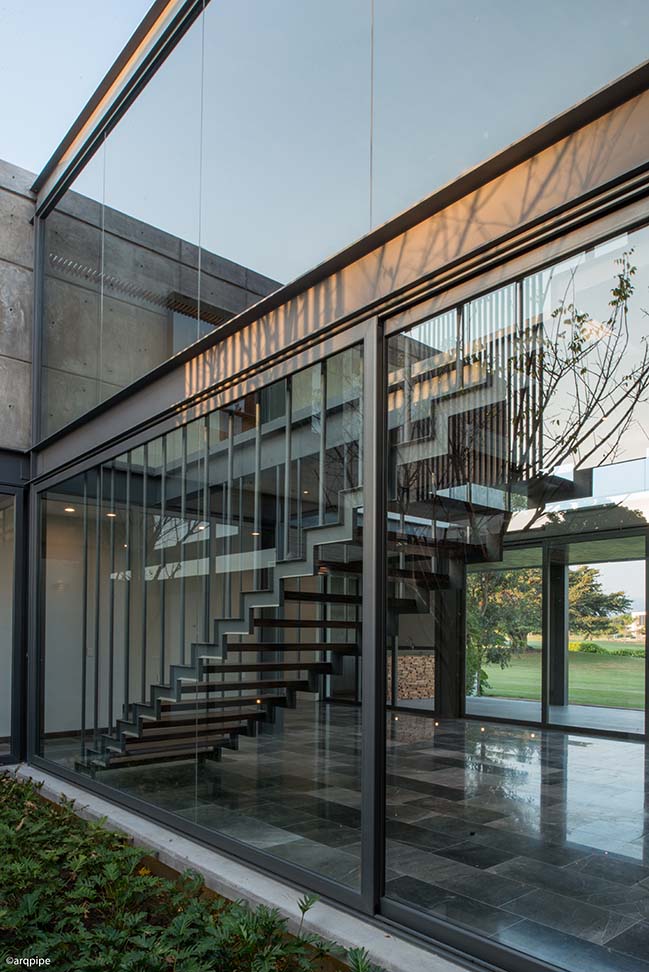 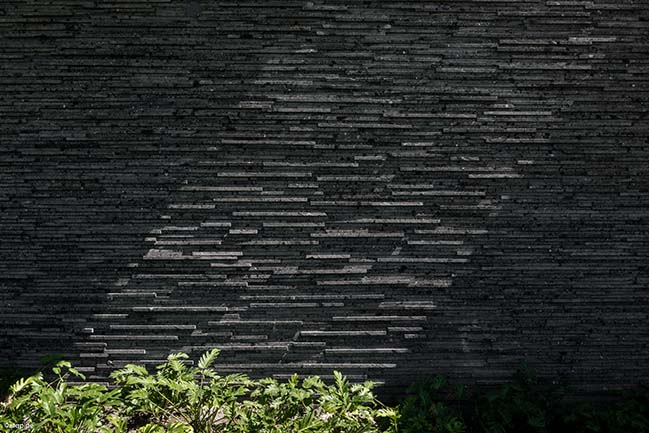 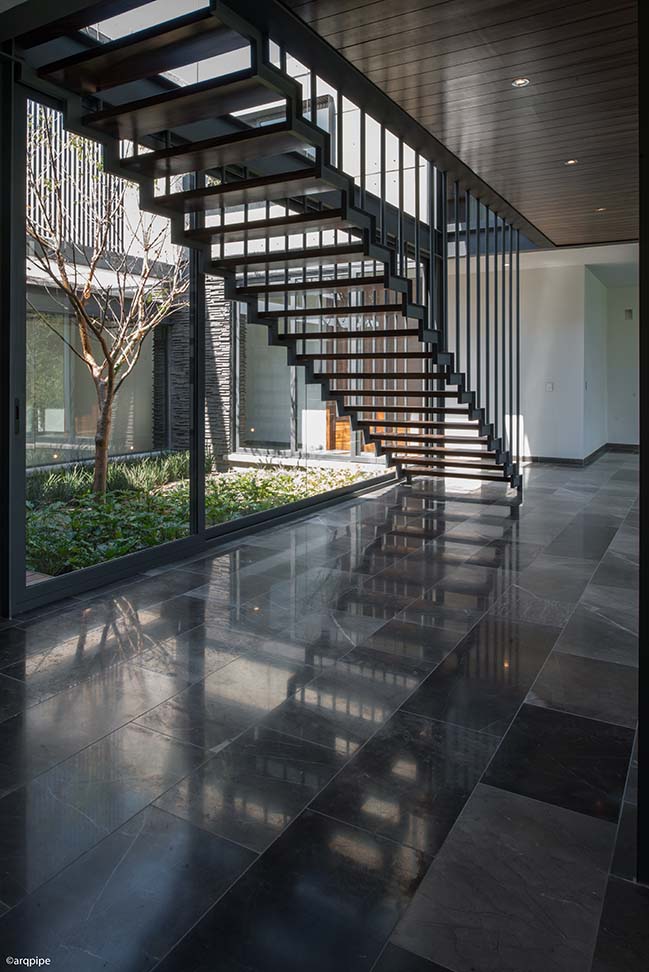 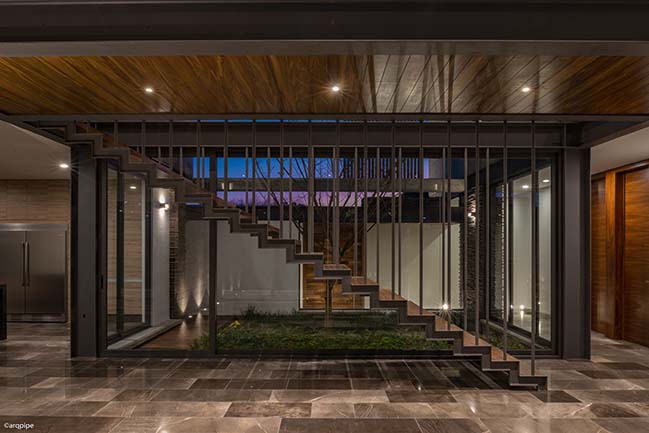 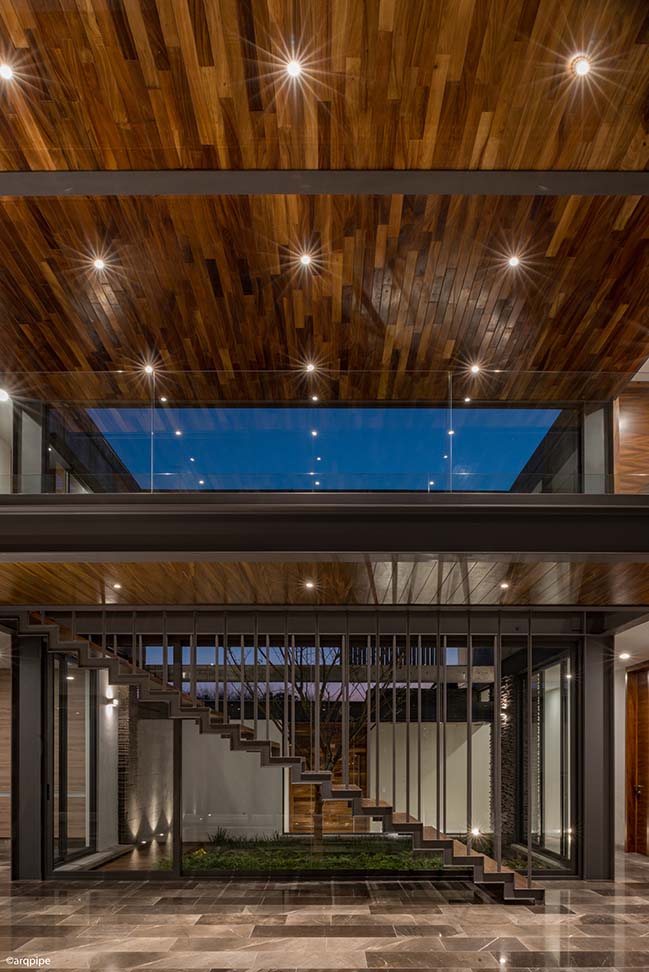 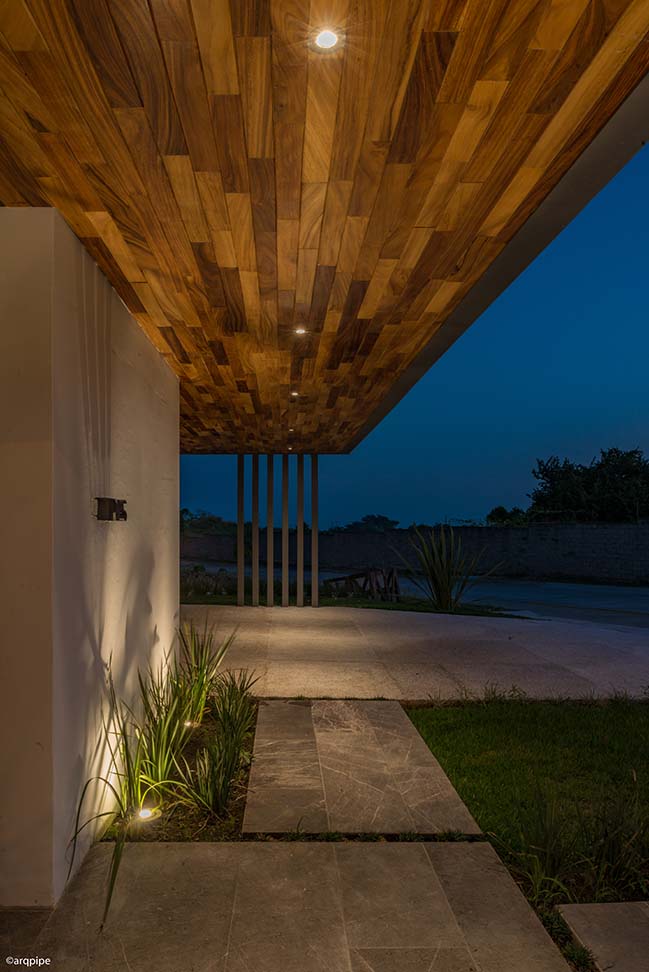 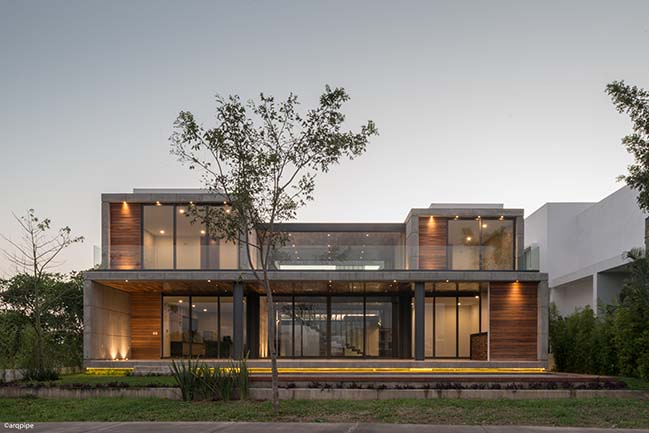 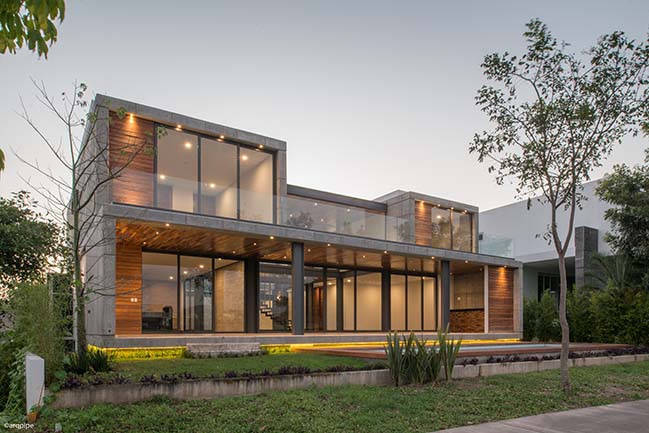 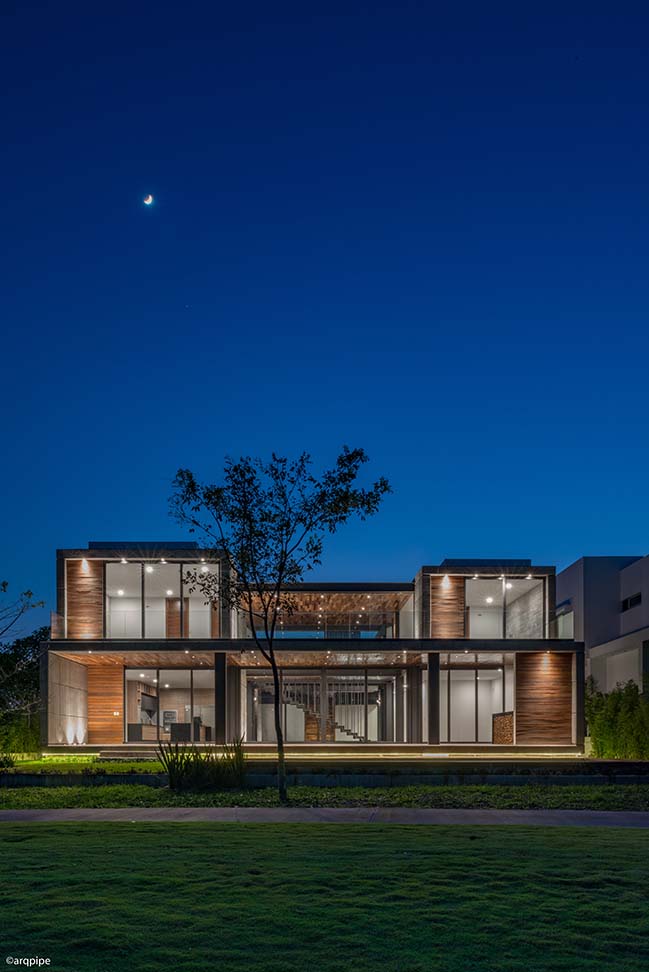 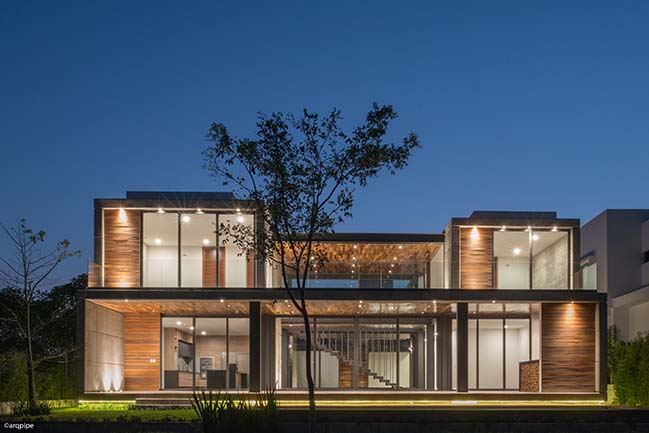 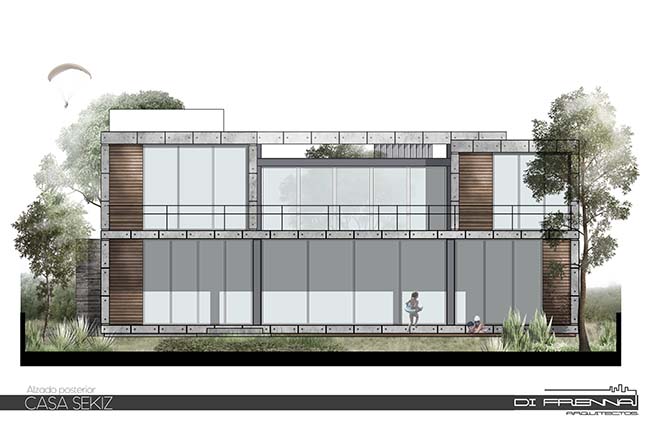 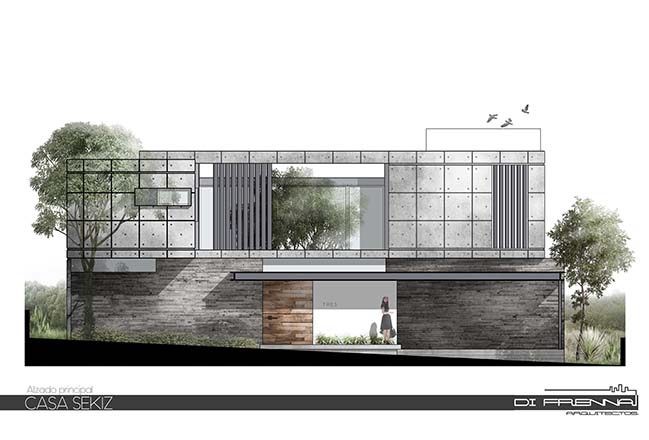 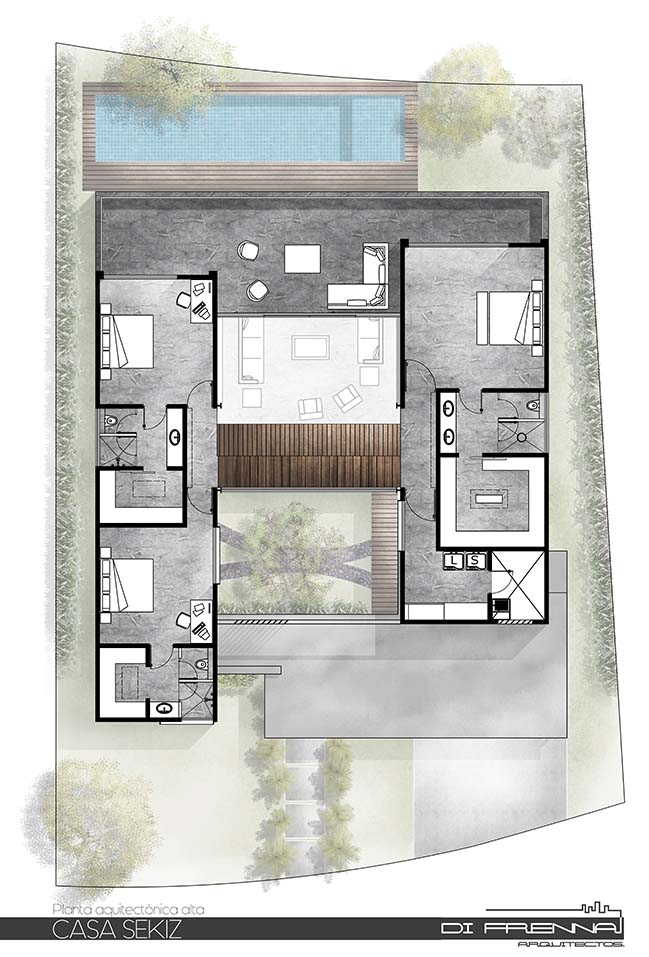 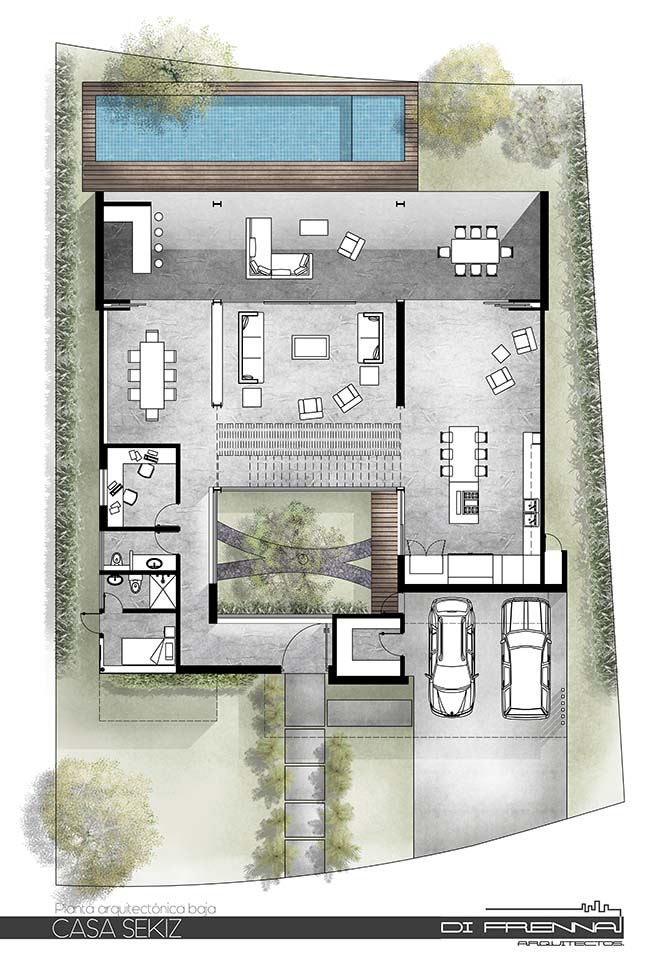 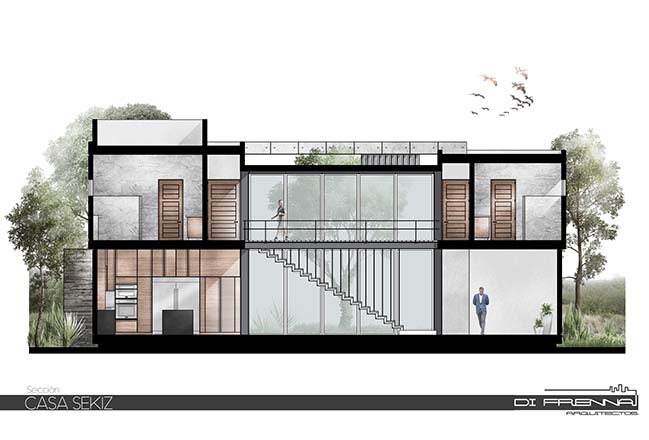 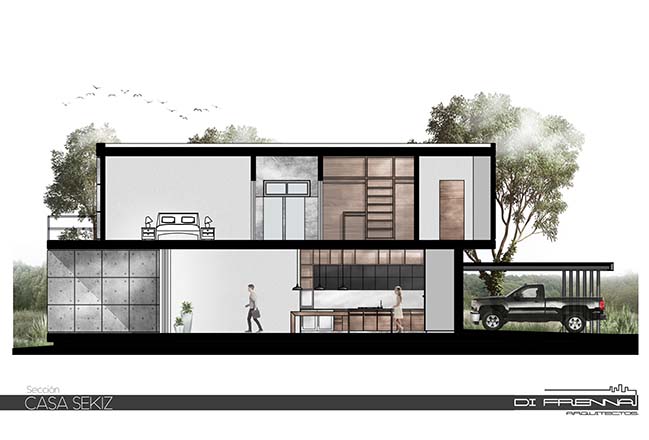