The house is located on the first floor of a building built in 1925 in the Nova Esquerra de l’Eixample district, Barcelona. It has 4 doors per landing, thus transforming the typical typology of l’Eixample’s sequenced house into half floors... 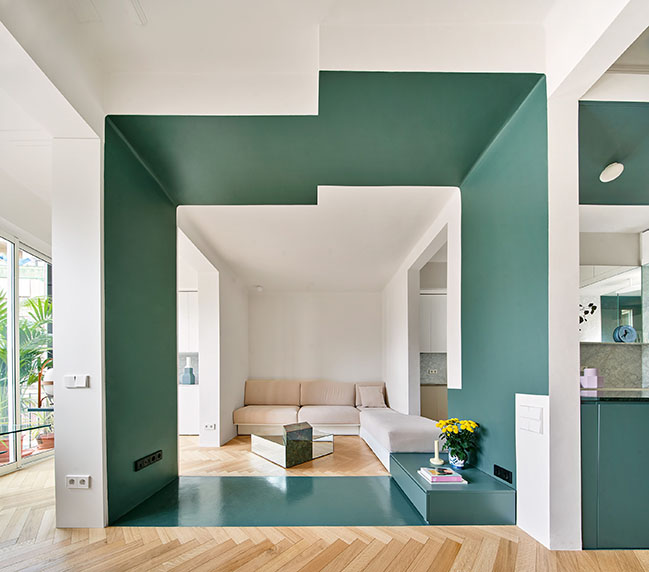 From the architect: The structure of the house is made up of load-bearing walls and is distributed around two patios, with partitions that leave a corridor on one side and small rooms on the other. It is accessible from one end and its main façade overlooks the block’s inner courtyard, where the dining room has taken over the old gallery, facing northeast. The total area is 60.48m². 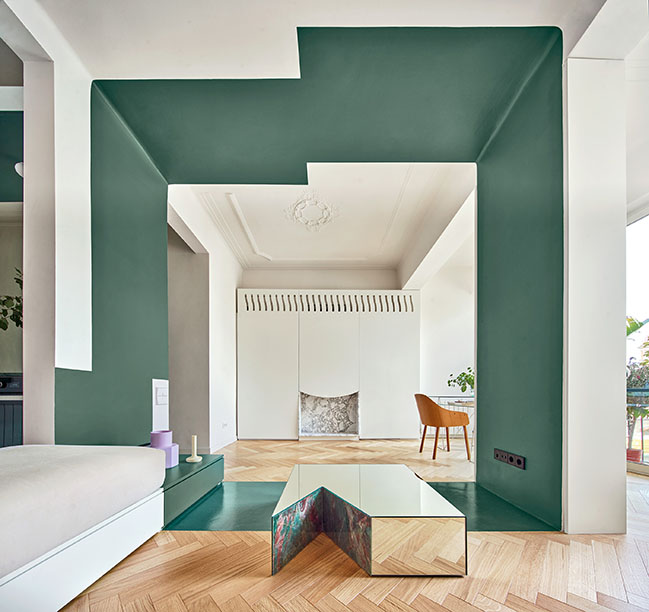 The project intends to blur the hallway, trying to achieve a recognisable yet permeable plan. Also, multiple cross visuals that broaden the flat’s sense of depth are sought.

A shoring is set out in the load-bearing wall, connecting the living room to the new kitchen, and the rest of the partitions are demolished. A new functional green stripe will link the flat from end to end: it will begin as a piece of furniture in the hall, with counters and cabinets, it will contain the two doors of access to the main room and the bathroom, and it will be completely open towards the kitchen, defined only by the area of the refrigerator, an upper shelf and the low volume of the bar, favouring the use of the corridor as a cooking space. Having exceeded the load-bearing wall, the green stripe chromatically divides the area between the living room and the dining room, containing installation elements and assuming pre-existing irregularities in the floor’s main structure. The gallery remains a free and integrated space, while it also incorporates the small balcony with a large six-leaf sliding balcony. 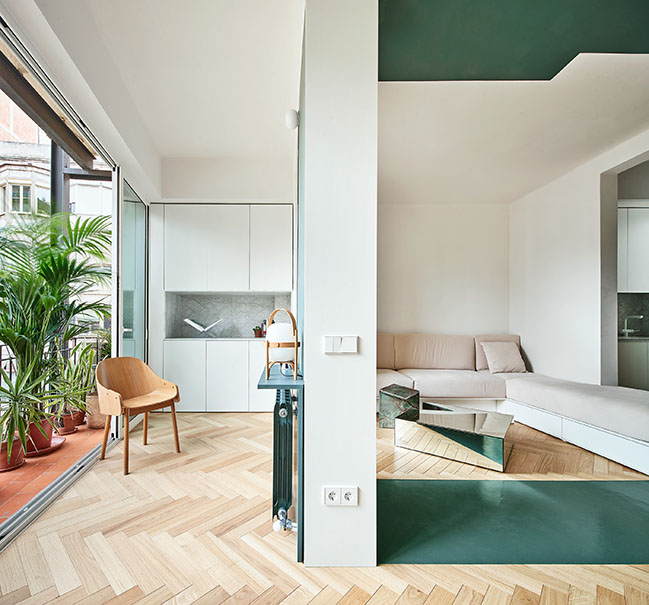 Yet another strategy favours the initial intentions: instead of closing the bathroom with two full-height partitions, two glazed apertures are left open. The first one relates it to the bedroom; the second one, to the kitchen. In this way, the entire depth is perceived and the light coming from the two bathroom windows is used to definitively eliminate the perception of the corridor as a dark and isolated element. 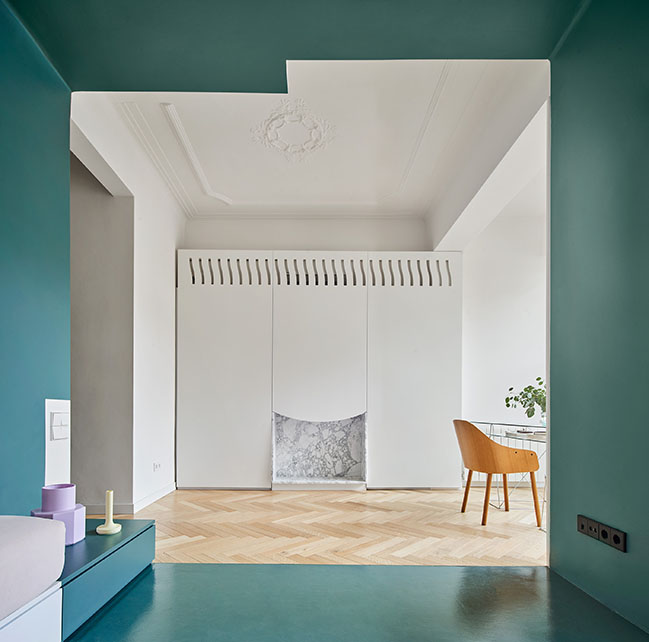 The rest of the flat’s spaces are defined by custom-made furniture adapted to the uses; a category in which the ancestral desire for a home stands out – on behalf of the client’s will – presiding over the dining room. This requirement is materialised by means of a wardrobe with a low niche lined with marble that appears to be a fireplace, due to the impossibility of obtaining a normative extraction. In its upper finish, a die-cut by way of a classic frieze hides the heat pump, turning an auxiliary and marginal piece of furniture into the image of domestic comfort, both symbolically and practically. 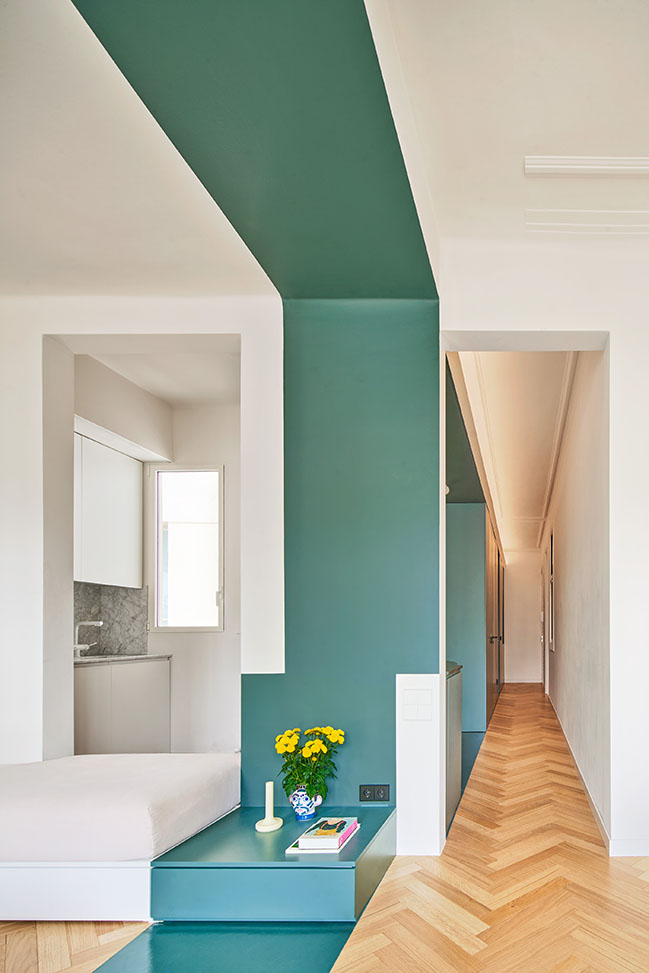 The cornice’s formalism is extrapolated in an allegorical way through several elements, and work is done on the manipulation of its use to restore – partly and in a referential way – the amputation of original details, carried out in a previous refurbishment of the flat. 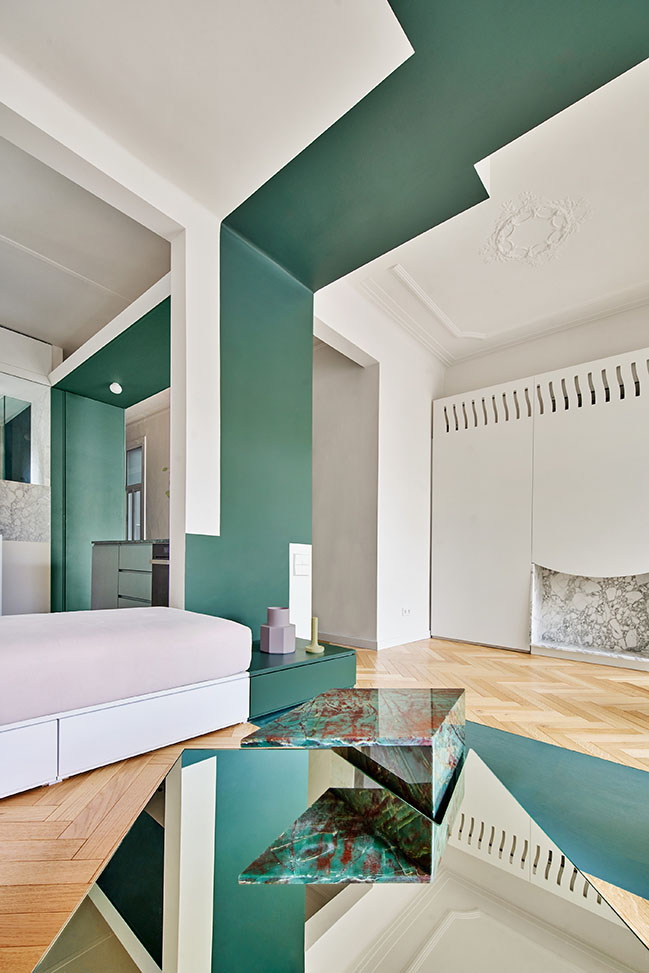 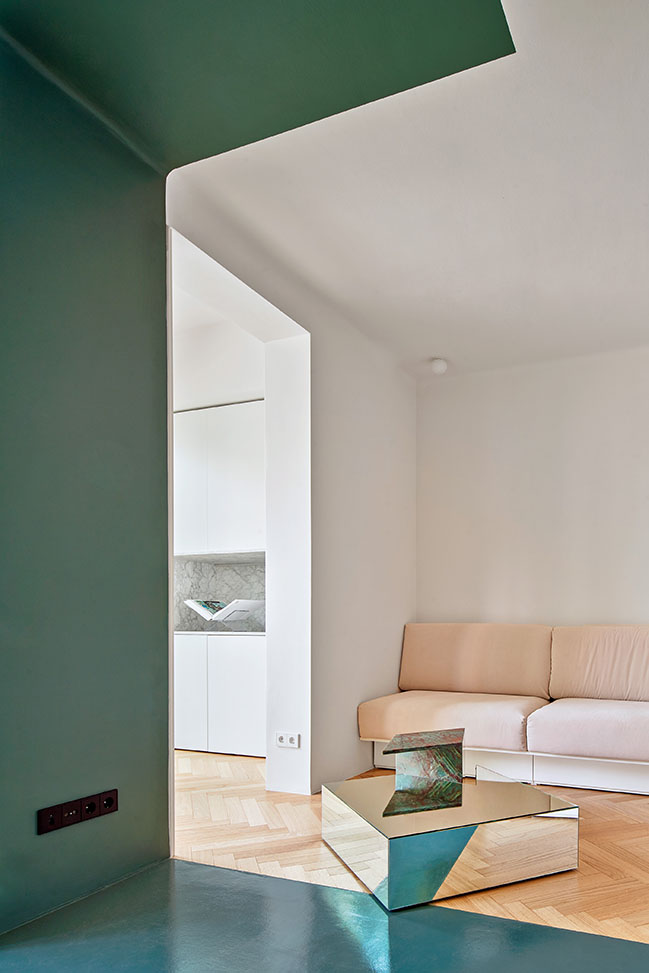 YOU MAY ALSO LIKE: KC Apartment by Gabriela Casagrande Arquitetura 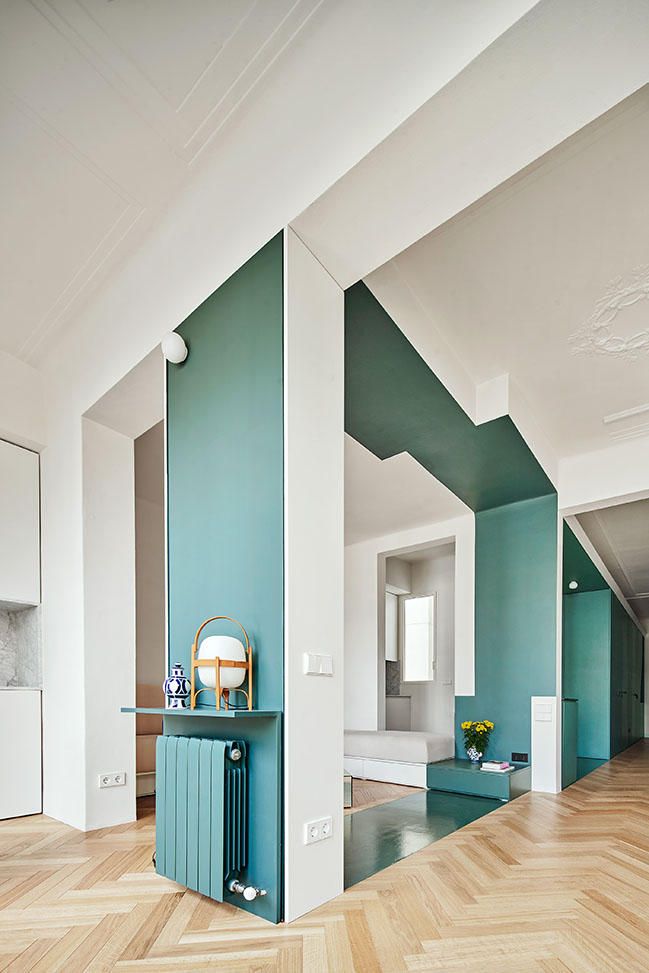 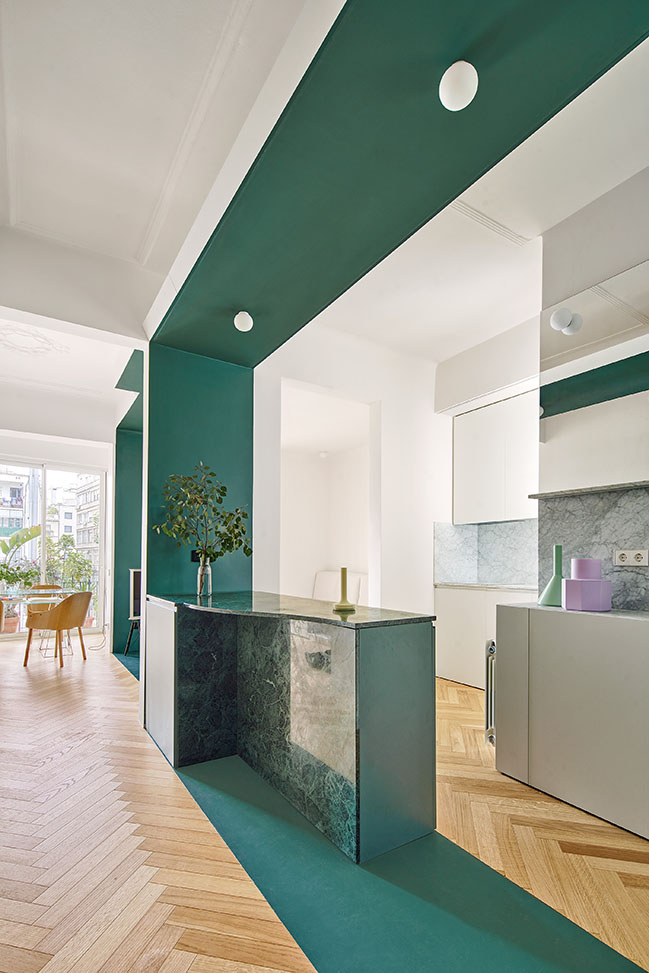 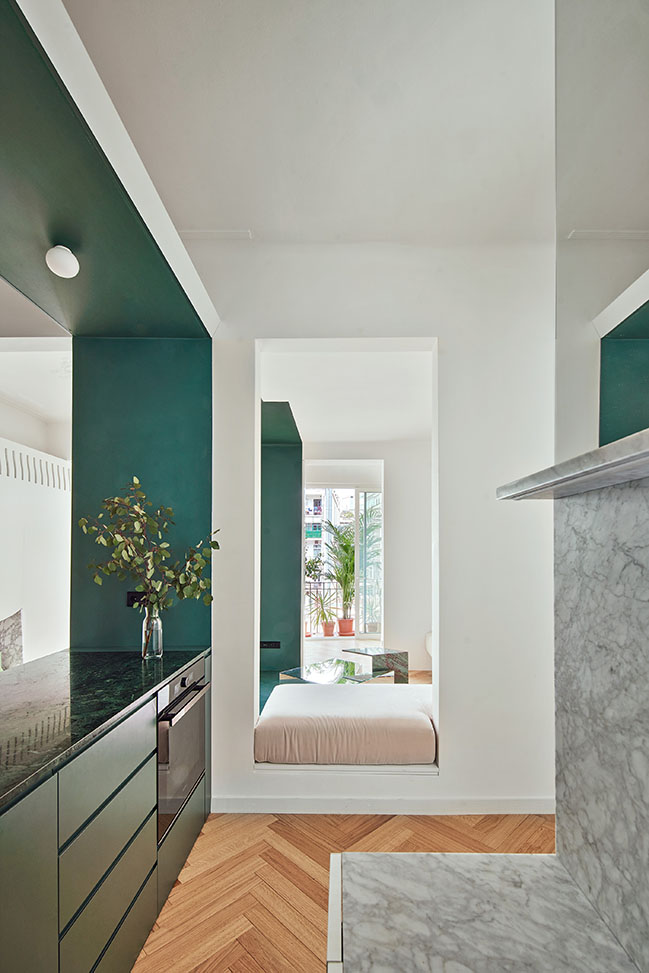 YOU MAY ALSO LIKE: Casa A12 by Lucas y Hernández-Gil 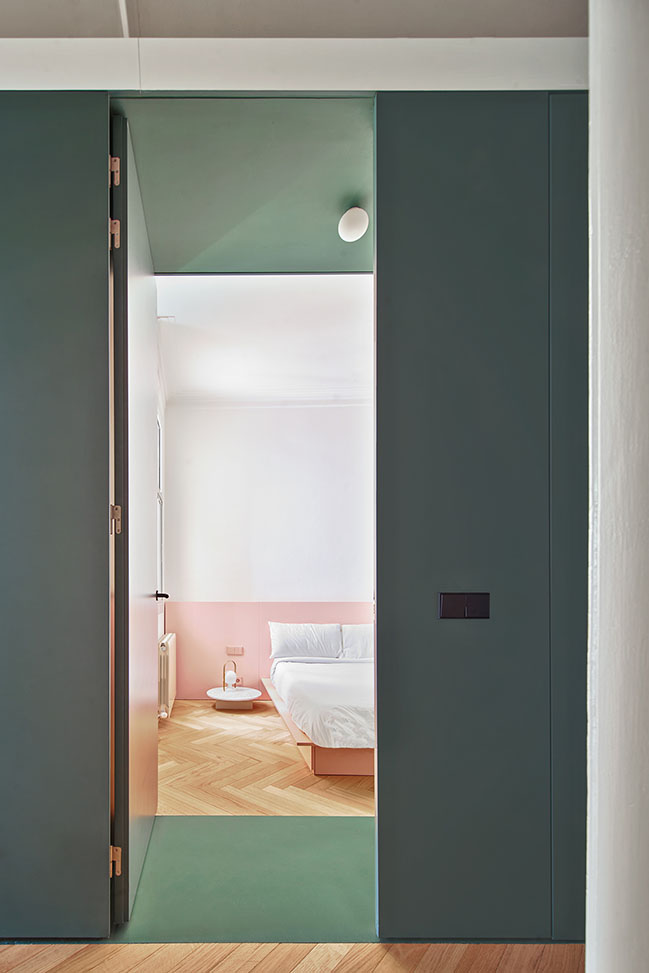 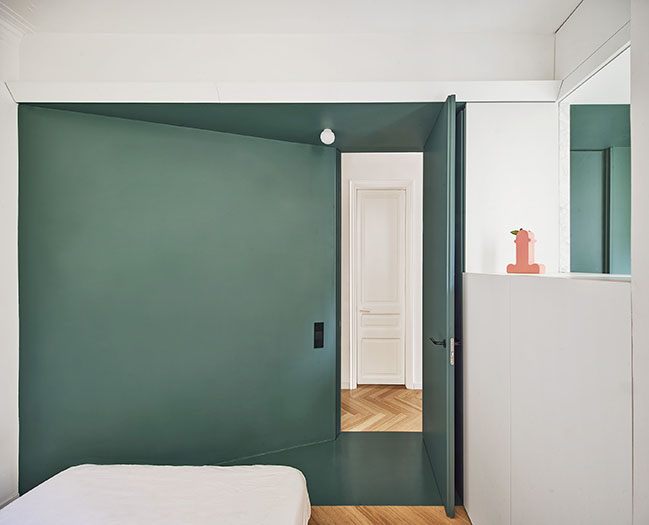 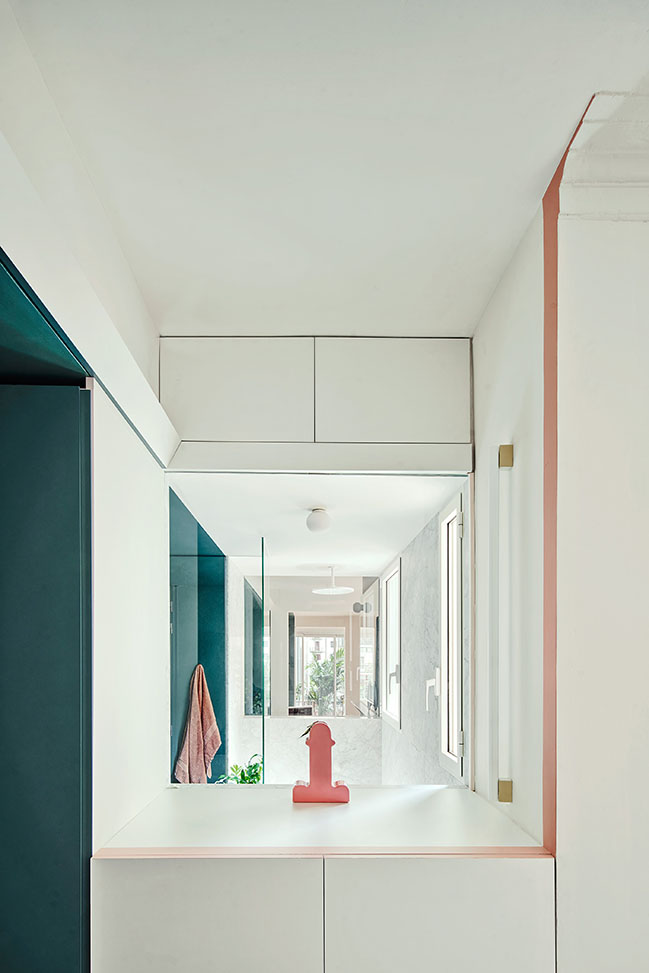 YOU MAY ALSO LIKE: Casa Decor 2020 by The Room Studio 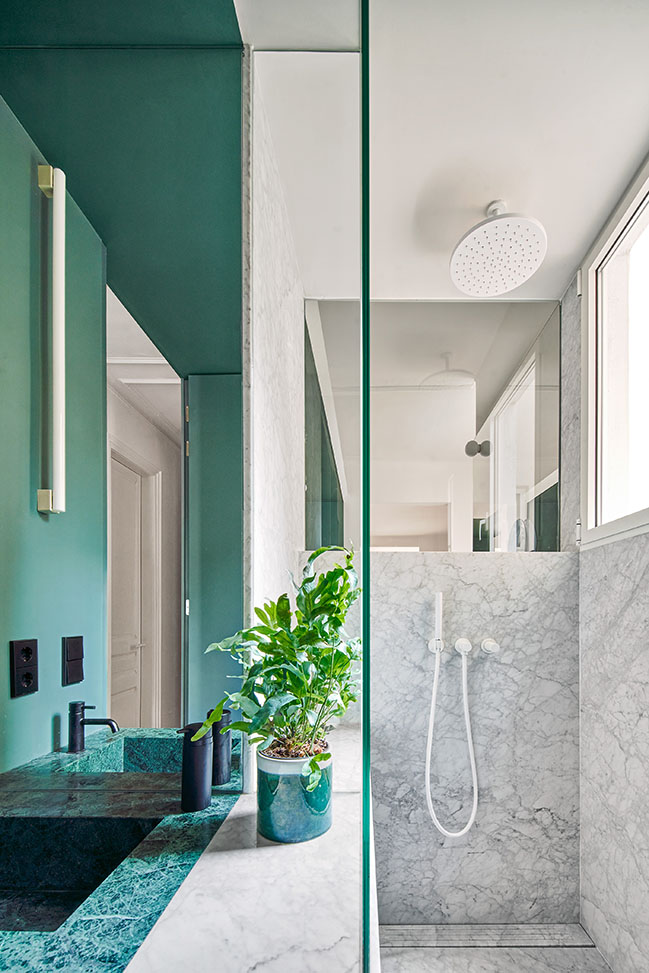 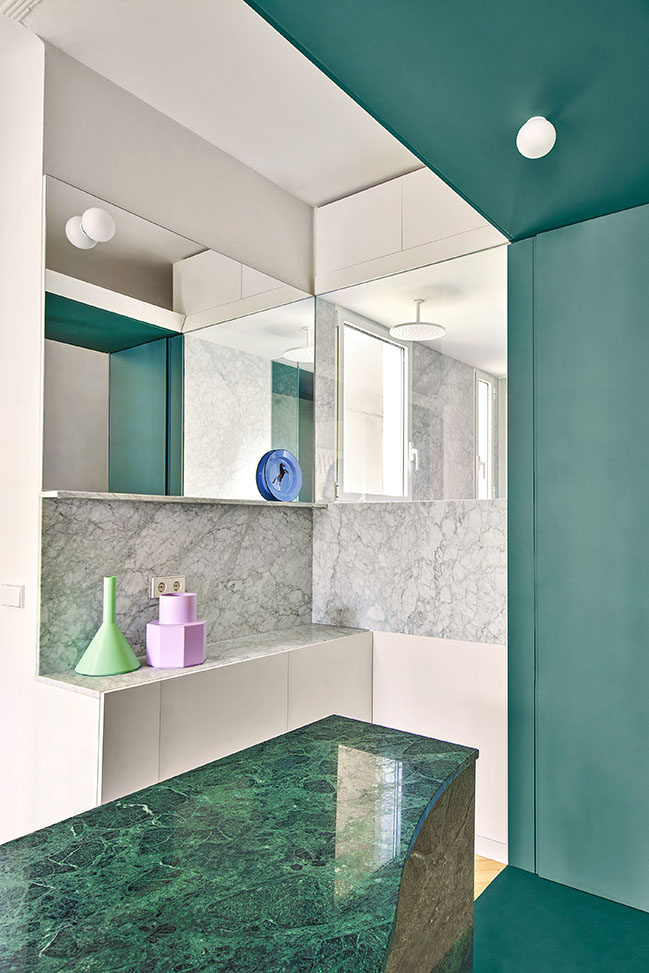 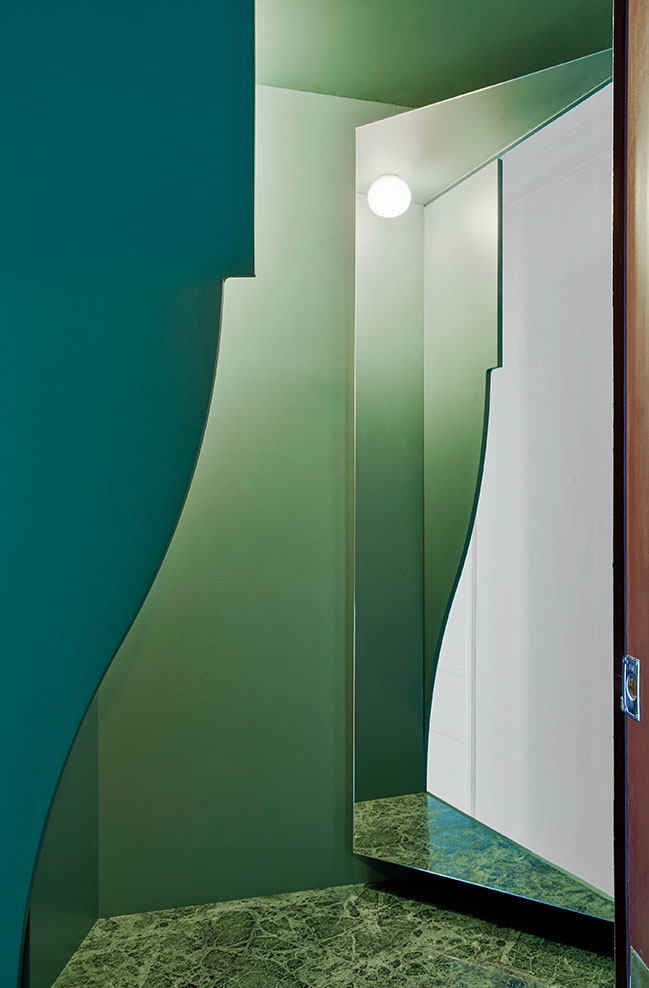 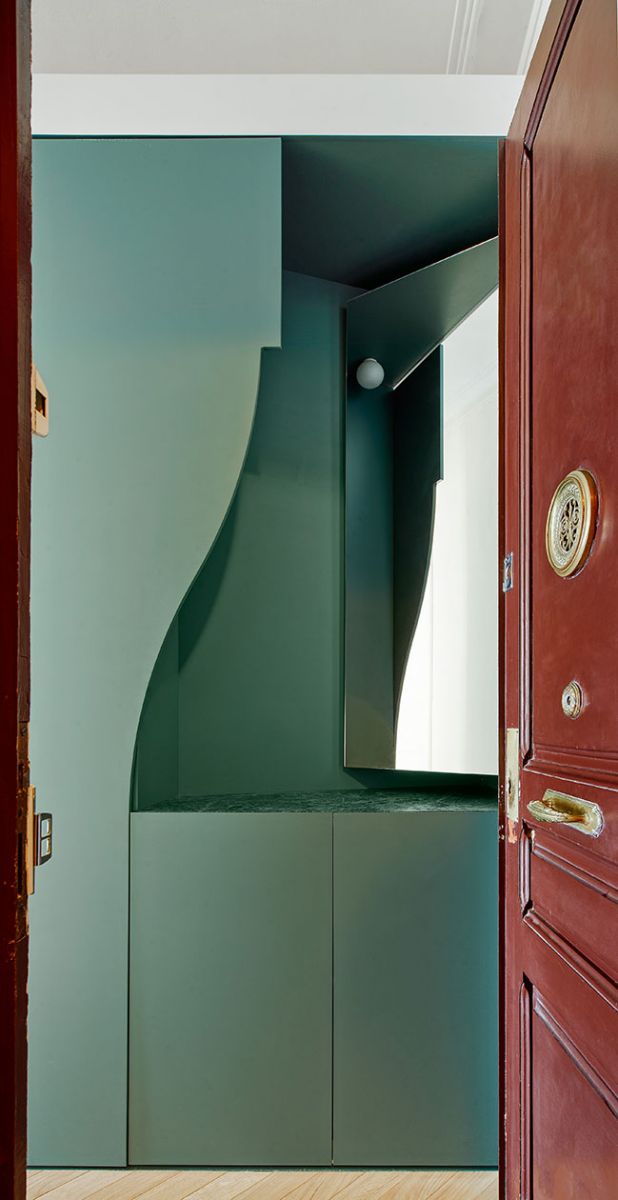 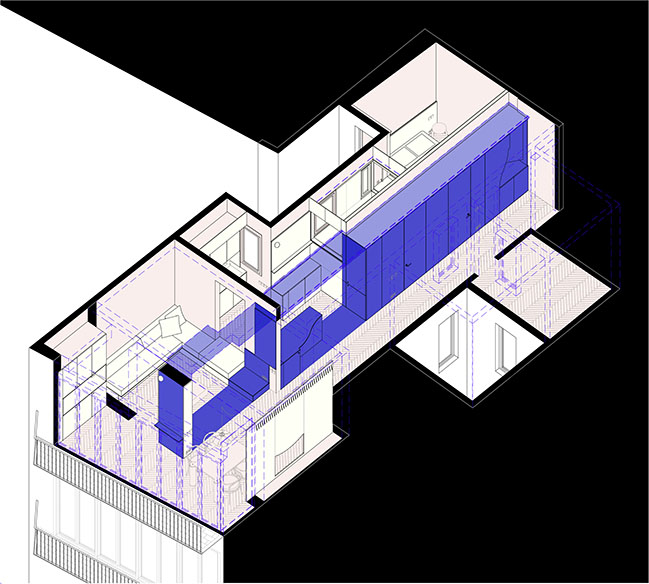 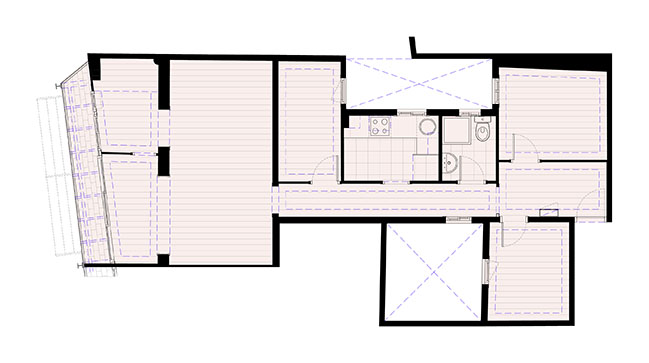 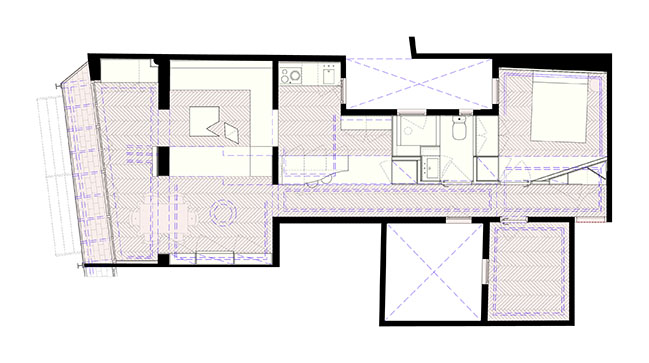 06 / 22 / 2021 Refurbishment of an apartment which is located on the first floor of a building built in 1925 in the Nova Esquerra de l'Eixample district, Barcelona... 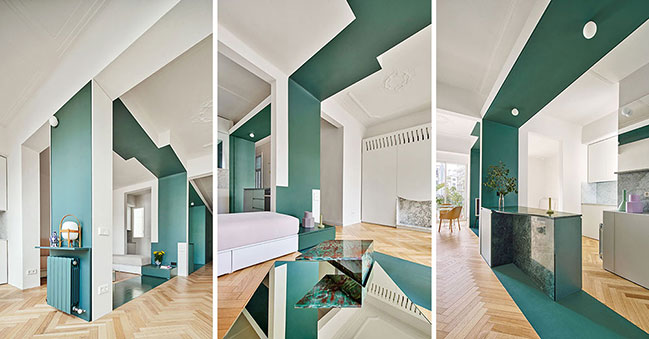