Located in front of the Sotogrande’s golf course, the house proposes to inhabit the shade generated between the ground floor plan and the roof. 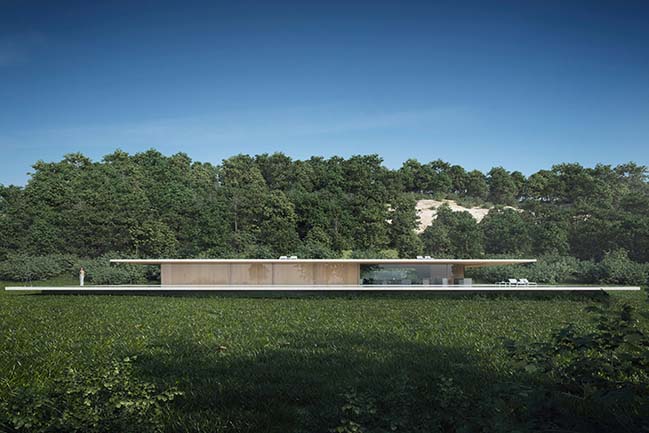 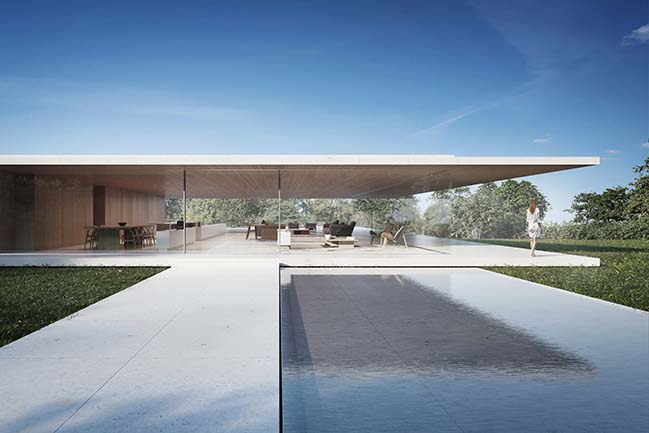 From the architect: A large cantilever allows to stop the intense sun of Cádiz and to protect from the abundant rains of the area of the Sierra de Grazalema. 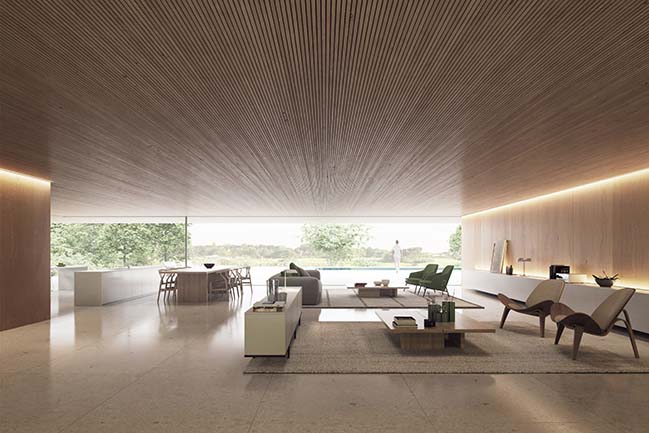 Deep inside there is a wooden body that gives privacy to the rooms and provides the desired warmth. Thus, four limits appear: the plane, the shadow, the glass that allows the interior to be climatized, and finally, the wood one. 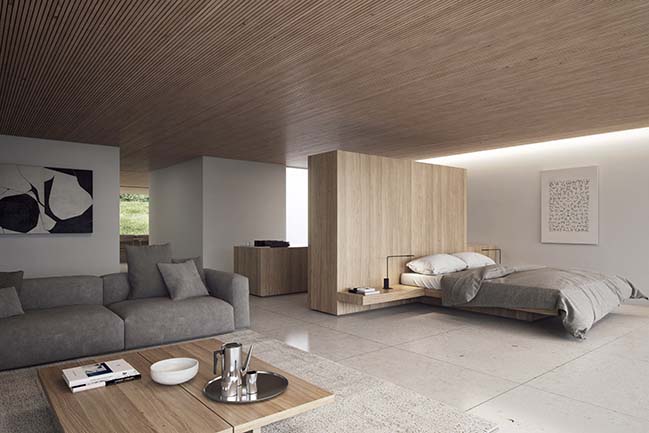 The structural effort allows to open the space directly to the landscape without interruptions. The access is finded in the upper street. From this point, the water of the roof is observed in an attempt to blur the architecture to mimic it in the natural environment. All the materials of the house are in the same warm tone, from the natural stone floor to the wooden ceiling. 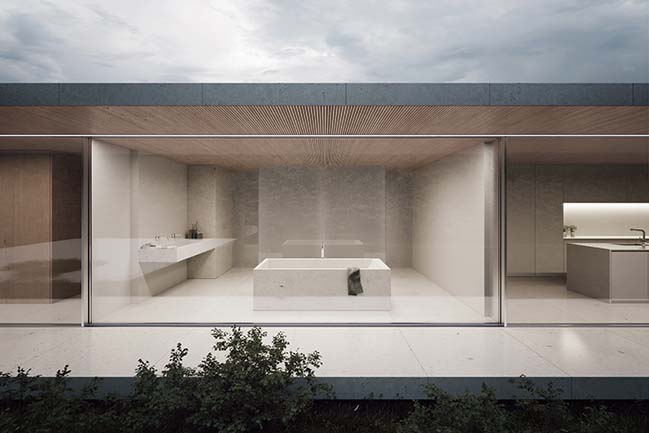 The planes of the roof and the ground floor are displaced to generate a covered access and an endless swimming pool on the golf course. At the end, the main goal is to make the lowest impact on the environment, allowing to enjoy a shade inhabited in Sotogrande. 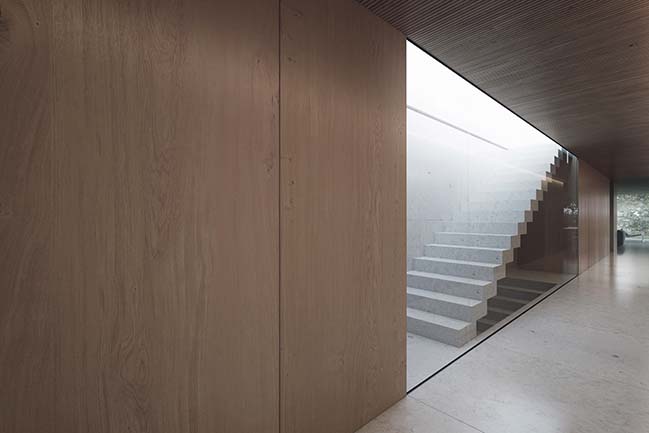 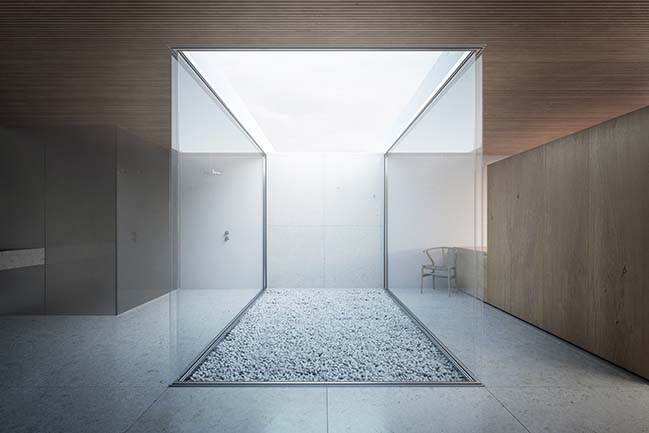 YOU MAY ALSO LIKE: The Fourth Room by Fran Silvestre Arquitectos 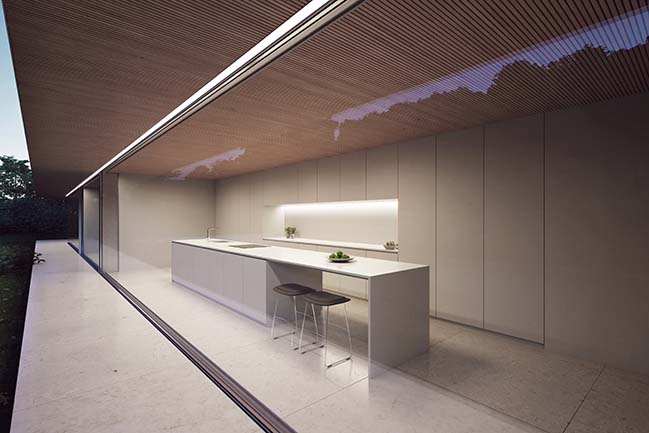 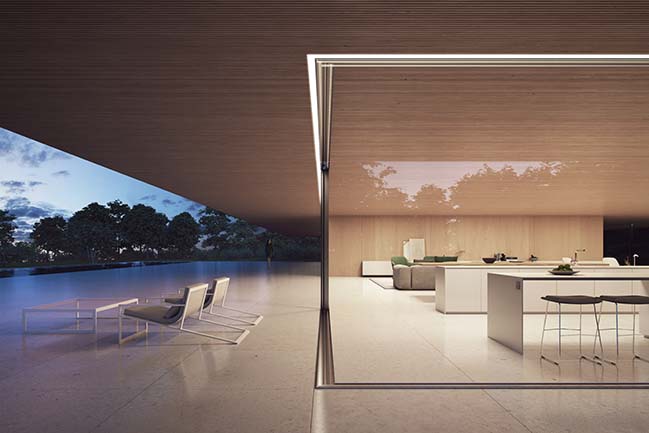 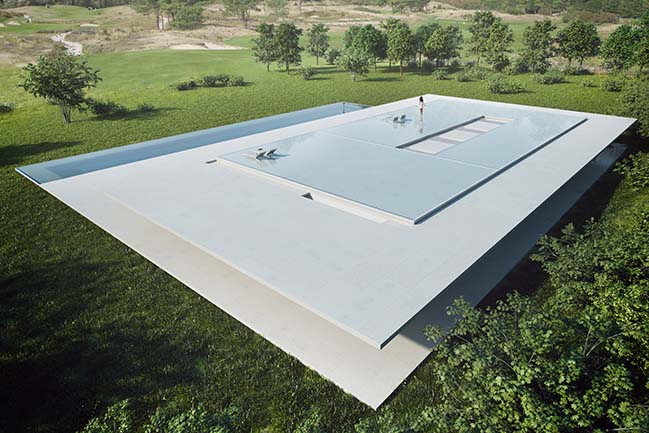 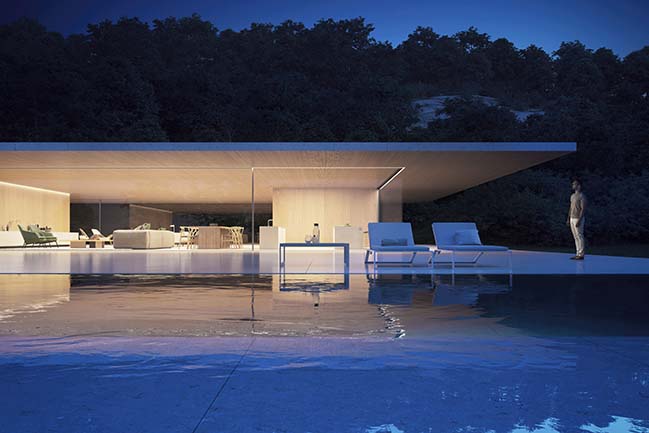 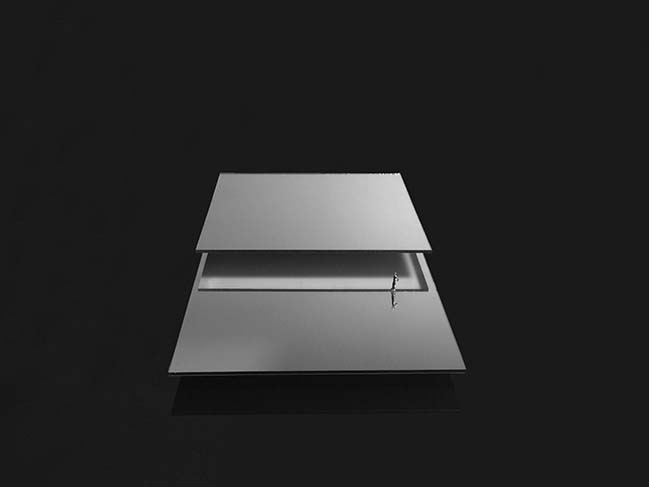 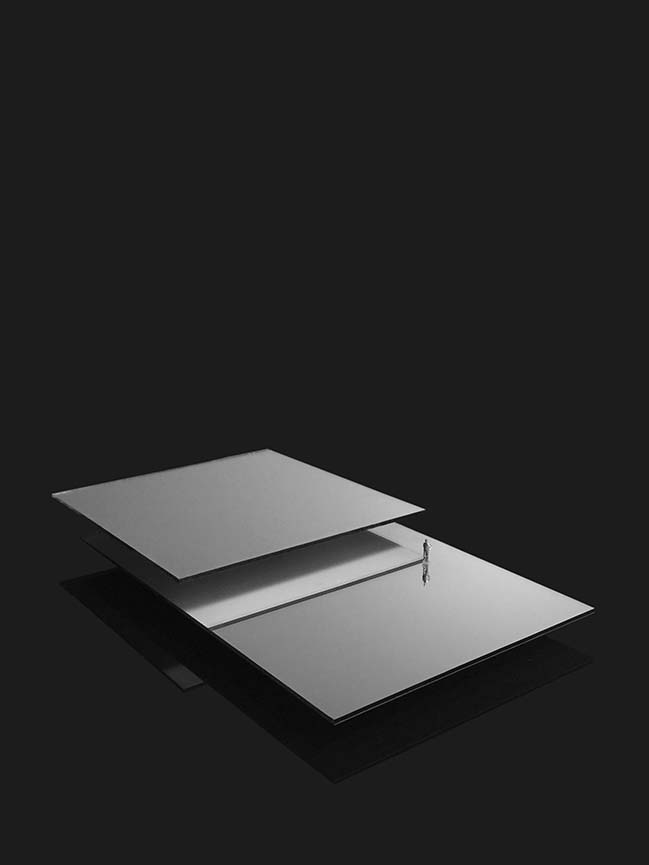 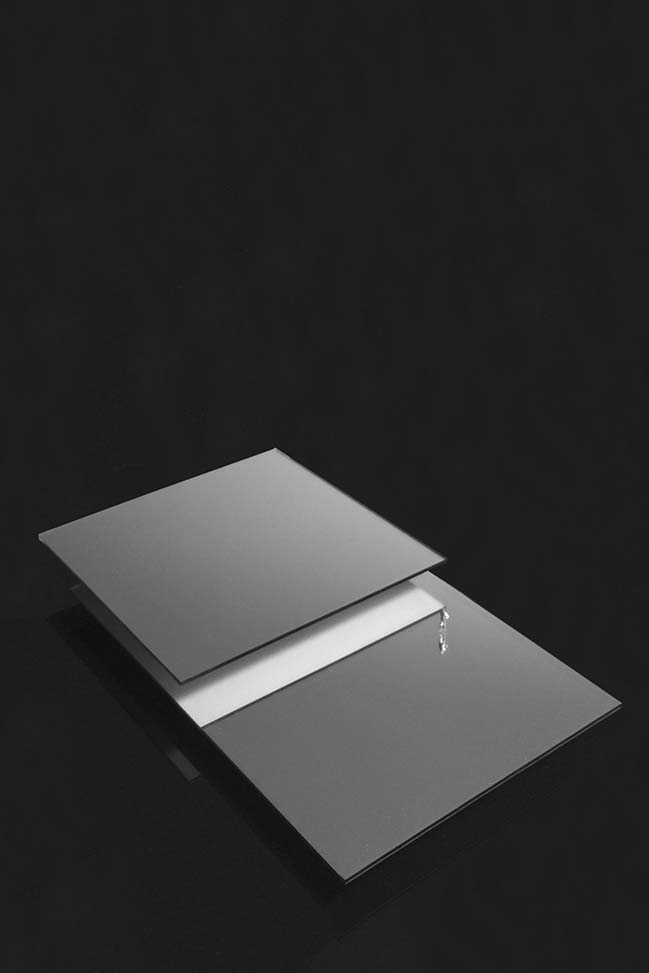 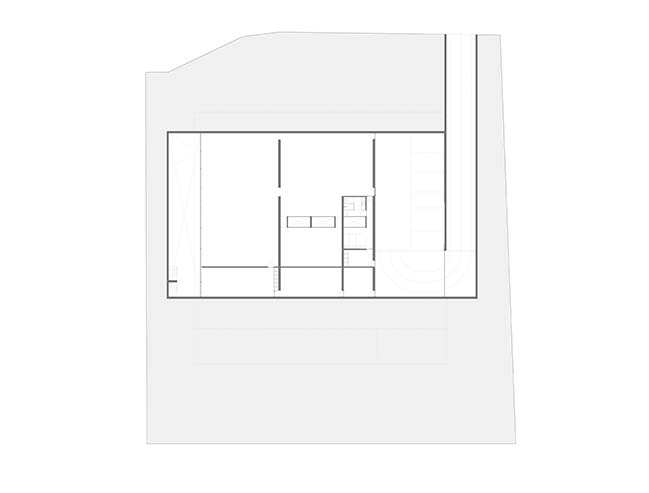 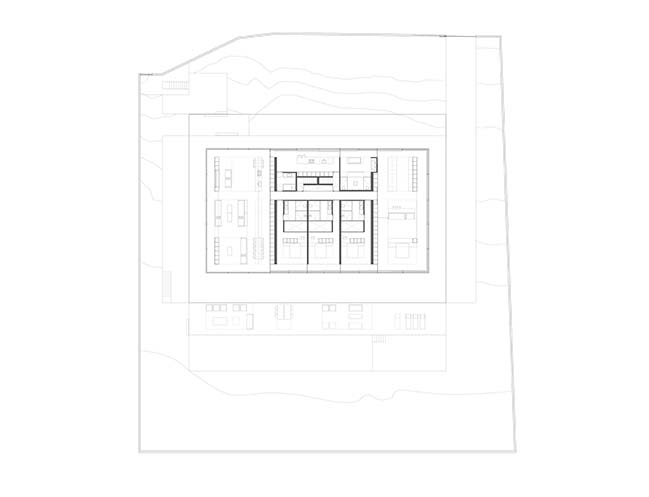 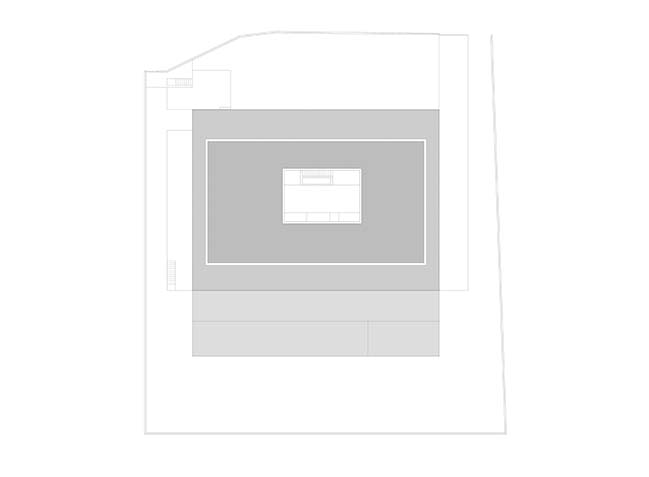 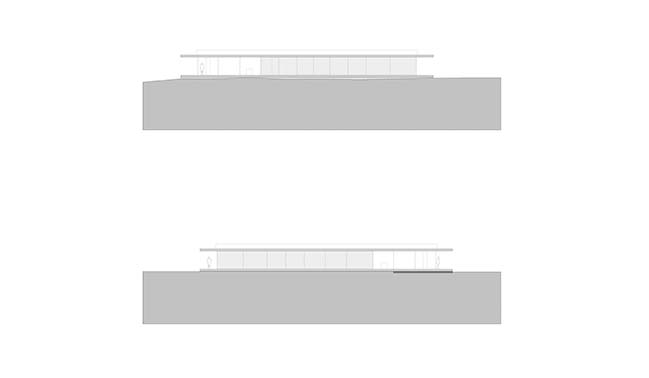 06 / 11 / 2019 Located in front of the Sotogrande's golf course, the house proposes to inhabit the shade generated between the ground floor plan and the roof