Songdo House is a luxury concrete house in South Korea which has a curvy mass structure that was naturally extended from the east hill of the site to sea. 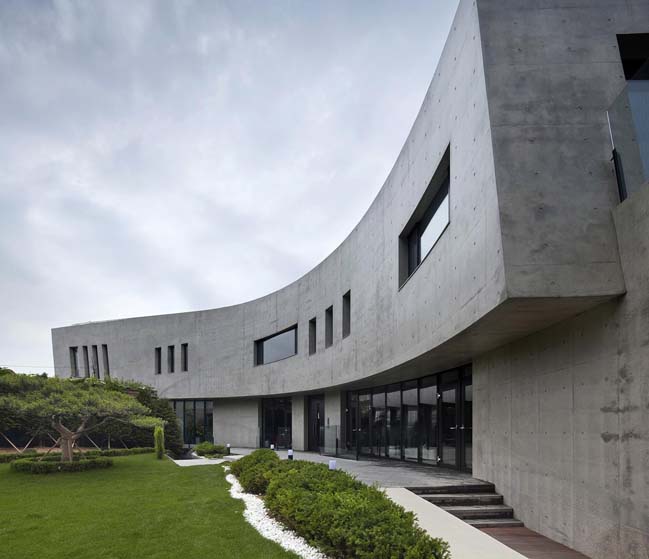 From the architects: Busan City suddenly had swollen by the influx of refugees during Korea War. The refugees had built irregular shape's homes according to the topography of mountains in Busan City in a short time. Numerous alleys has stemmed from the relations of the houses. Now, 65 years after Korea war, the irregular houses’s urban fabric becomes a unique feature of Busan City. The view suddenly appearing through alleys and houses forms a distinguish urban landscape from other cities. 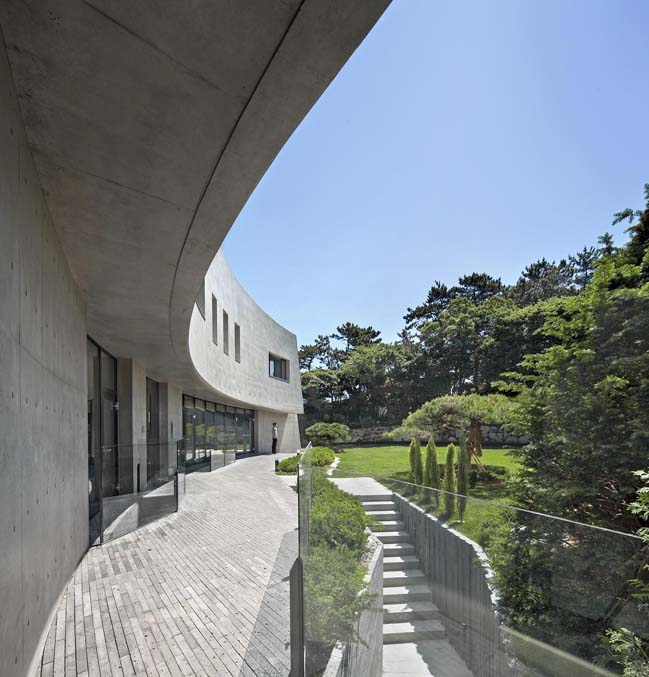 AAWH is a project to compose city alleys in a space, House. A curvy mass was naturally extended from the east hill of the site to sea. In accordance with the mass, the main circulations were set on each floor. Eight stairs crossing the main circulations and One tube bridge were placed in the mass. In this process, spaces emerged and programs were defined. In the mass, alleys and spaces coexist. User can constantly combine new route with the alleys in the house. Windows of limited visibility provides new awareness the landscape of the hill and sea. 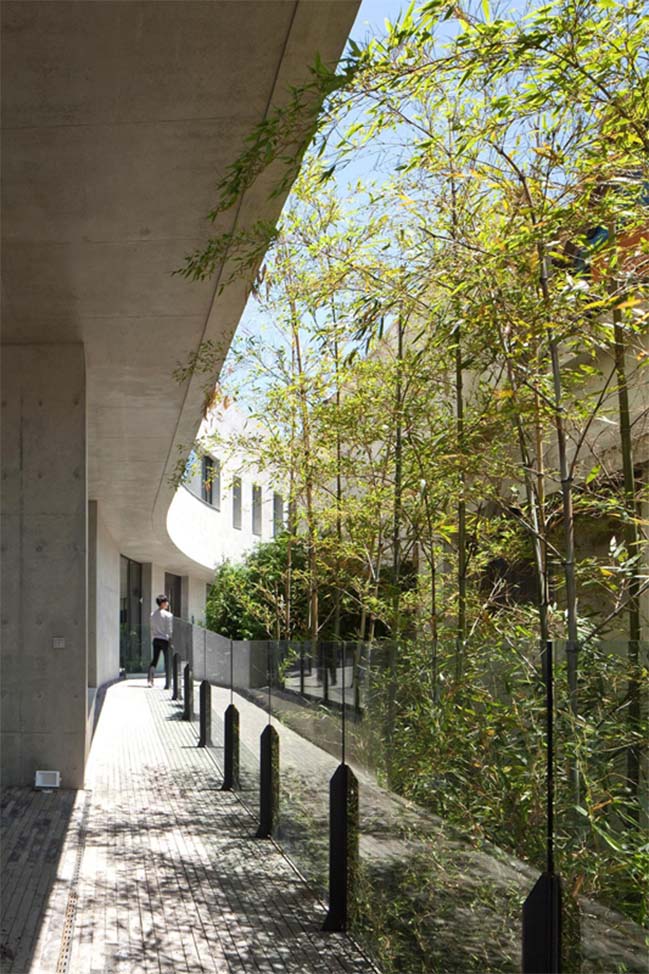 Songdo Beach was the first Public Beach of the nation. It had time receiving spotlight as luxury vacation spot and honeymoon destination before and after Korean Liberation. In the storm of developing in 19060s~70s, bad quality’s commercial facilities like raw fish house had occupied the beach and people had hesitated to visit the beach. After experiencing the damaging effects of these indiscriminate development, a variety of restrictions and the efforts of citizen community has made water clean and transformed the beach into a favorite place for family vacationer. 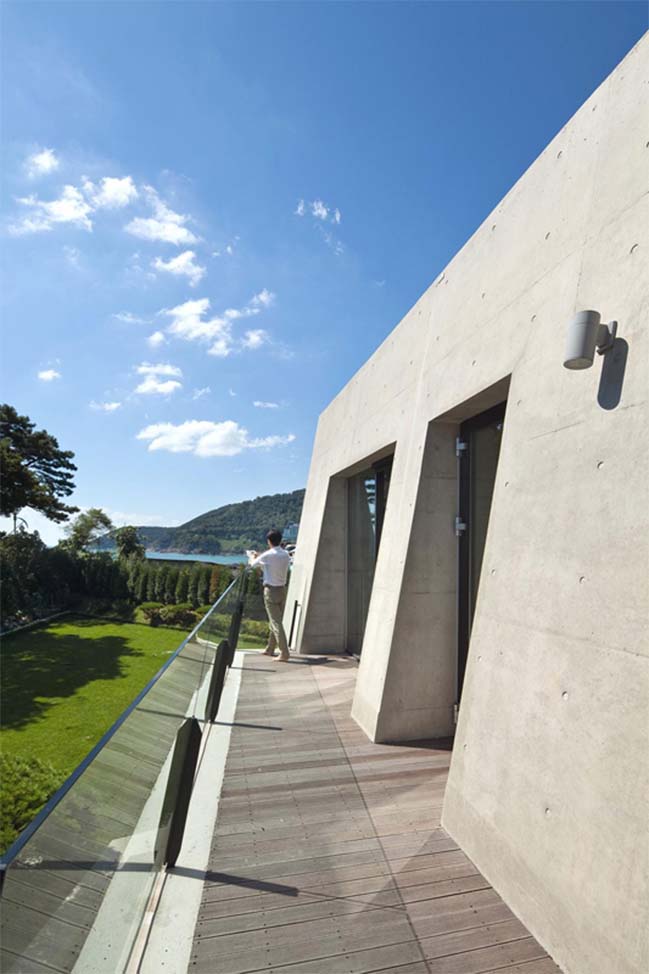 Once Songdo Beach was called as Napoli of Korea. We proposes a resort type residence that includes a public gallery as an alternative to the positive development of Songdo Beach. In and out space of the house are filled with views of nature and recreation program. Ocean Gallery which can be open to the public will act as a beneficial cultural element in the dense commercial area. It is recovering the original value of closest beach from the old downtown of Busan and also exploring the possibility as new residential area with the good environment. Actually, after the house completion, well-designed houses with recreation programs are springing up around the site. 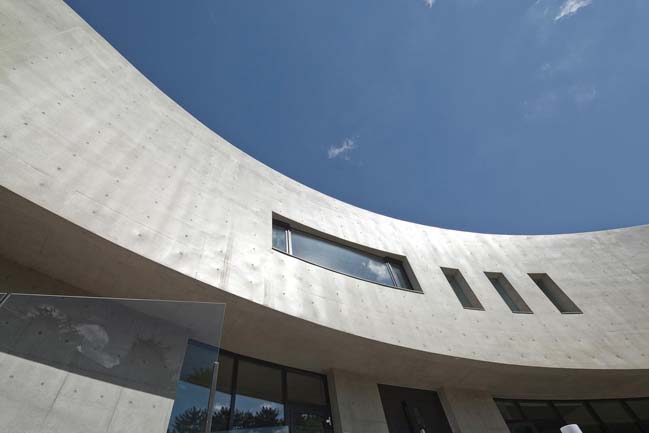 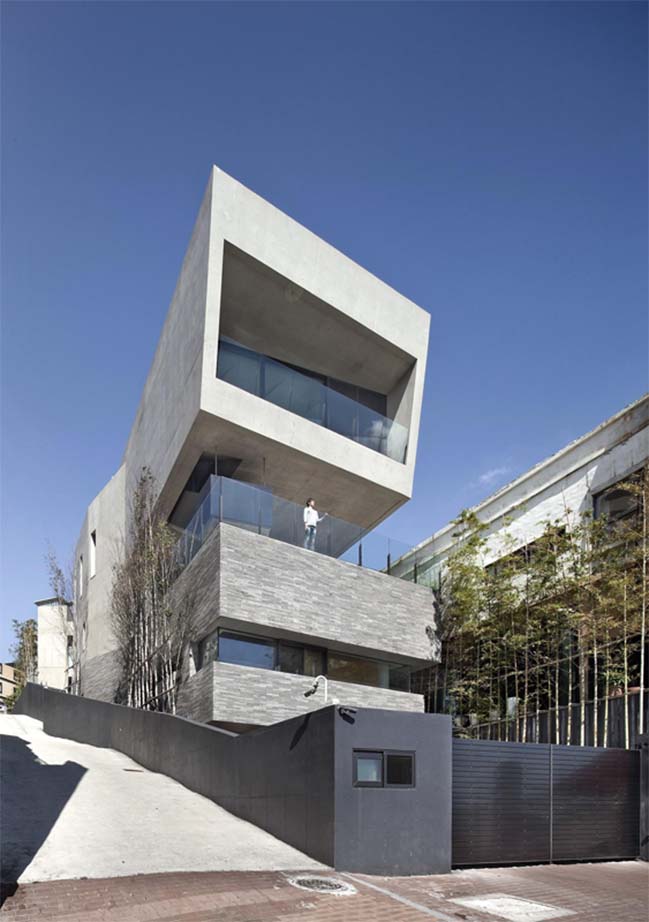 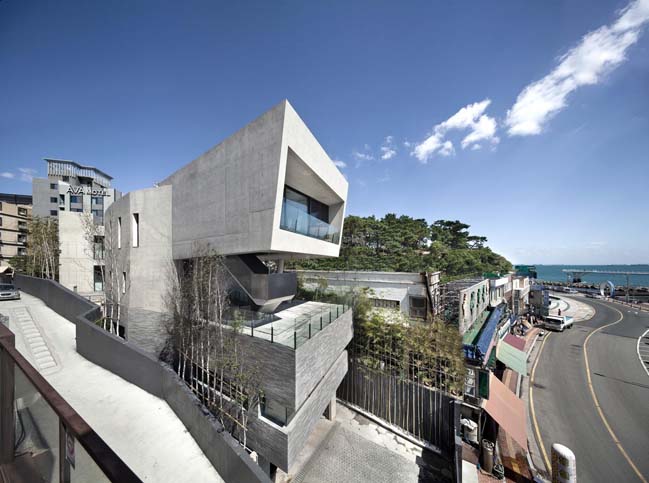 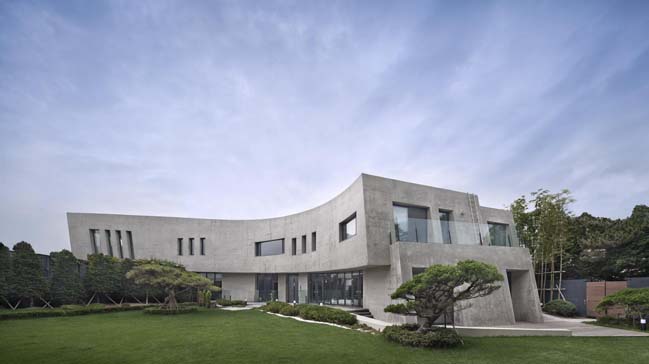 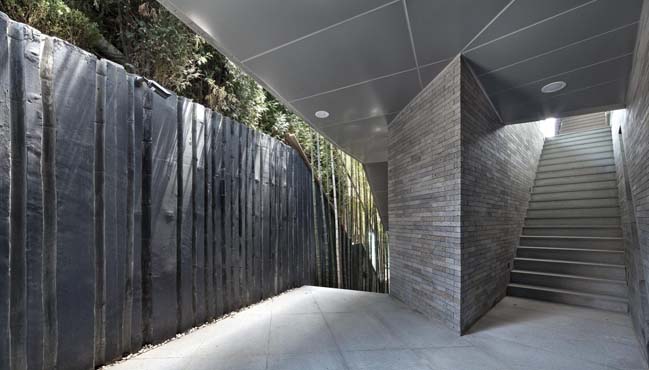 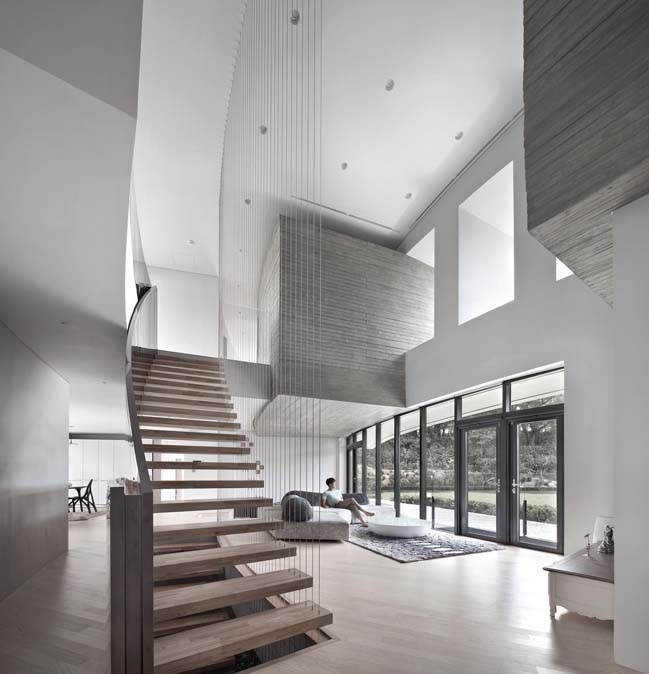 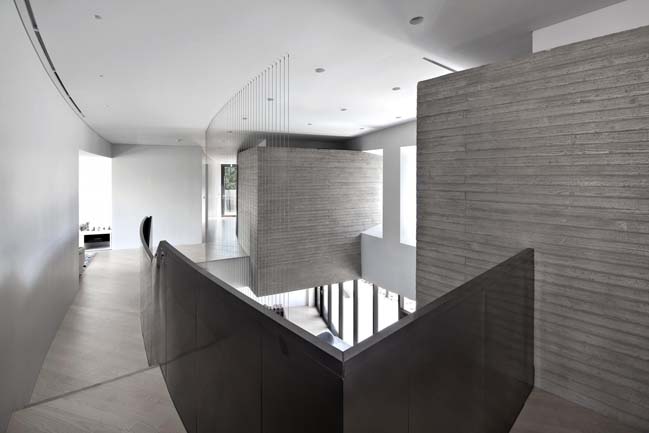 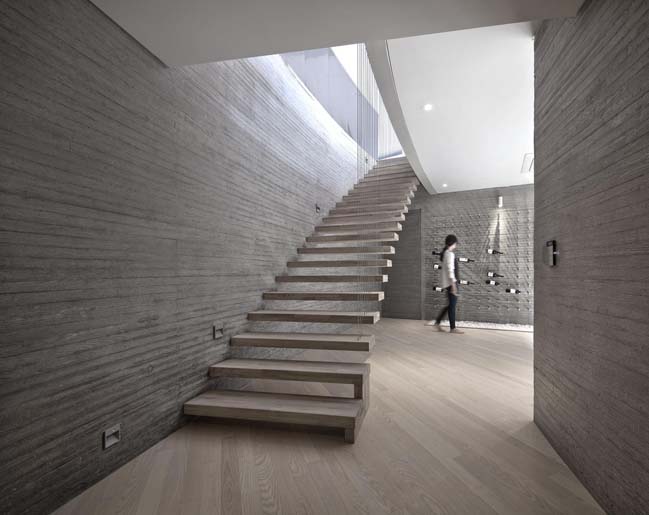 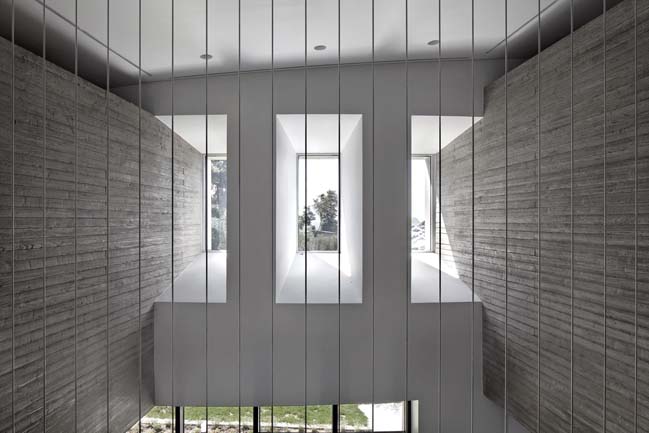 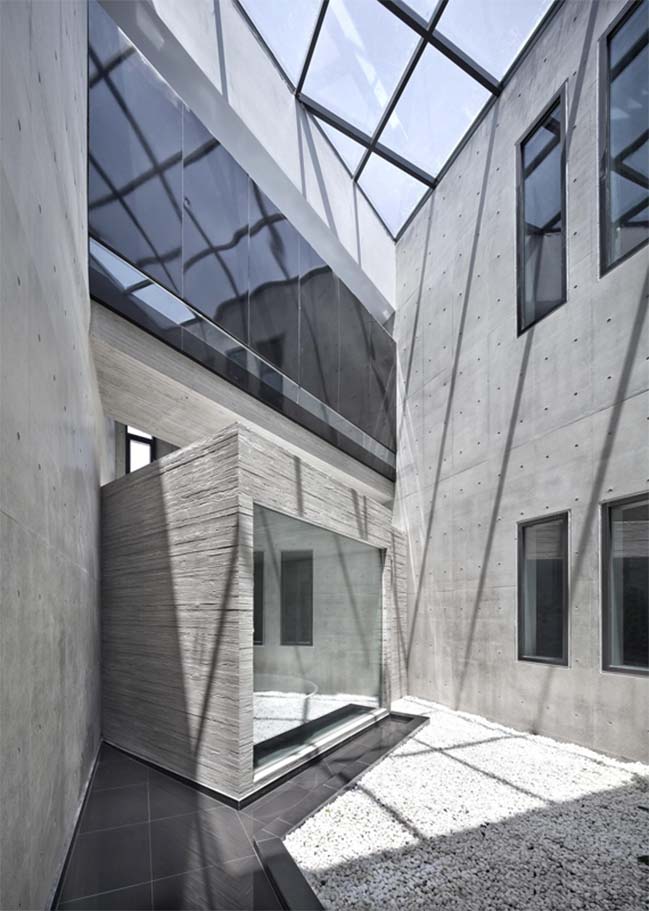 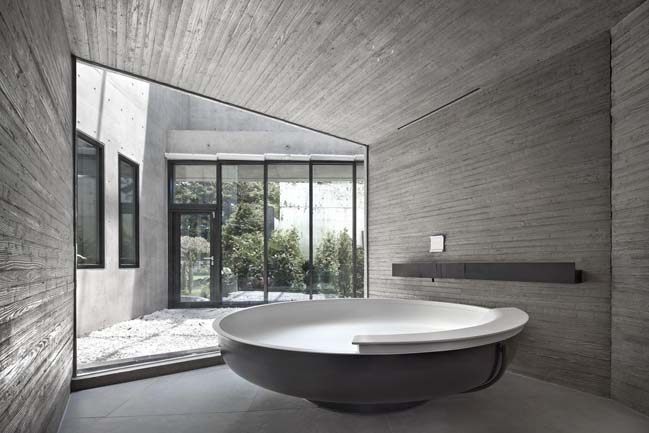 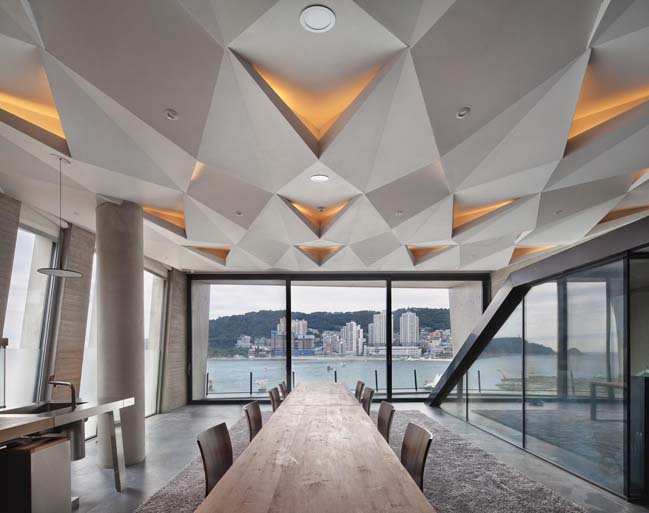 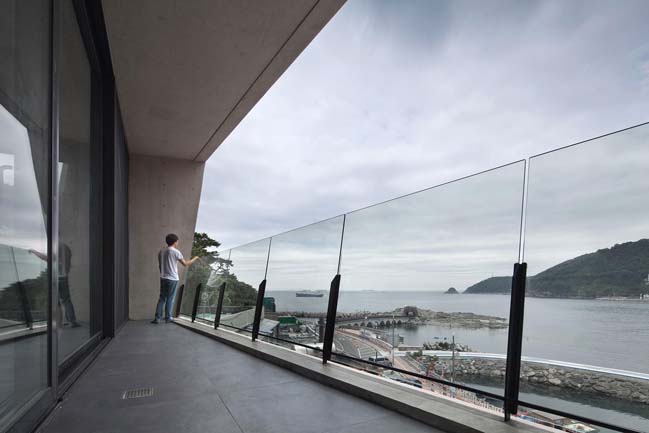 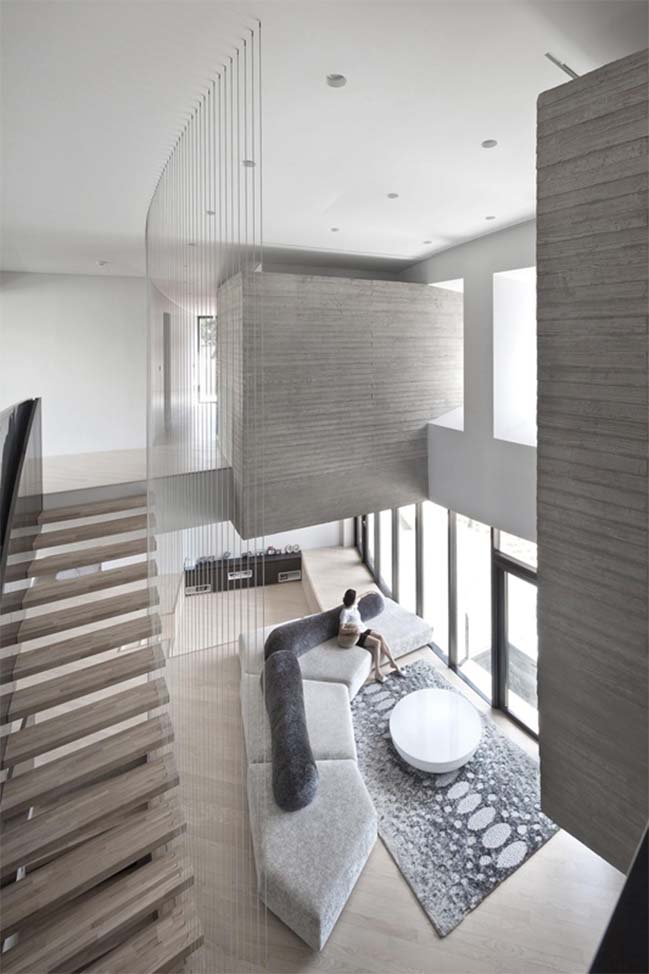 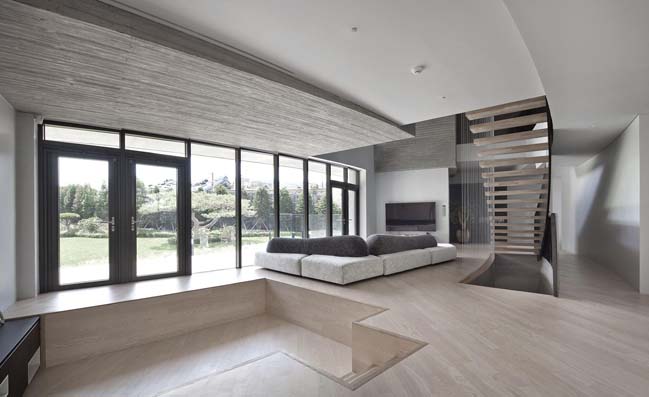 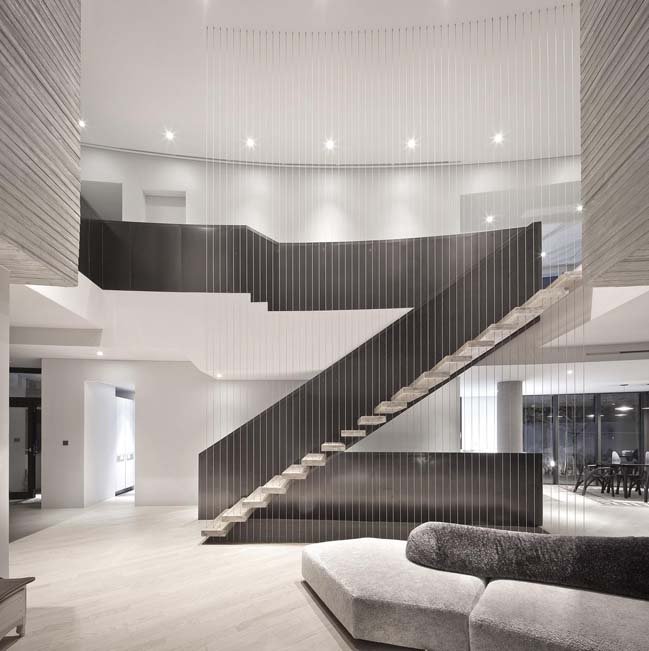 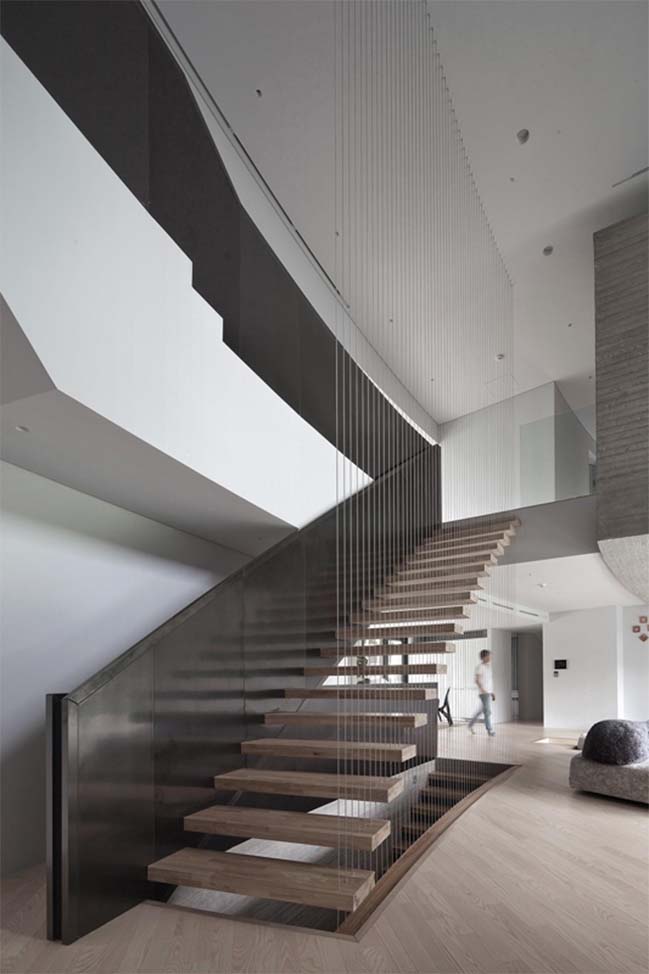 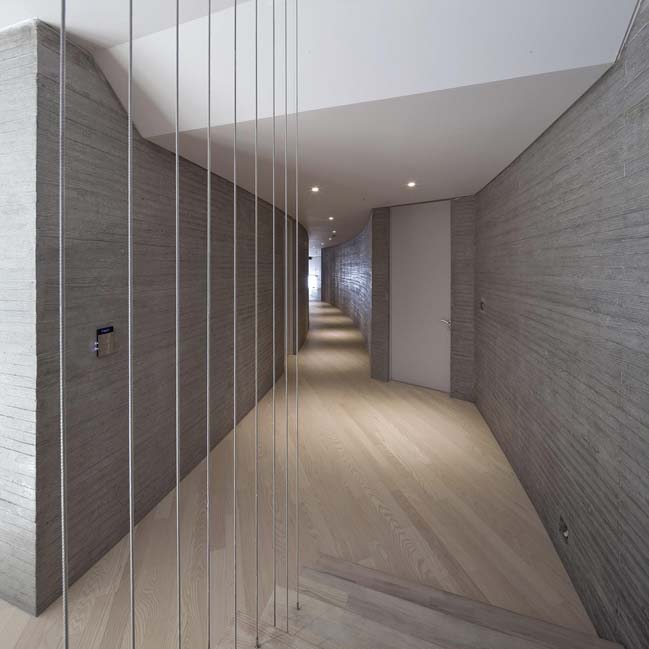 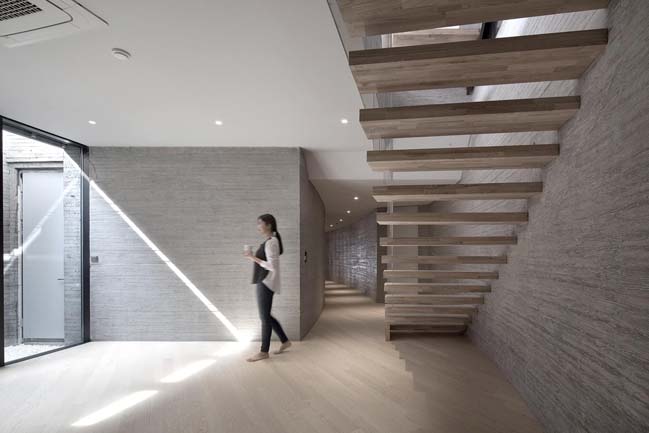 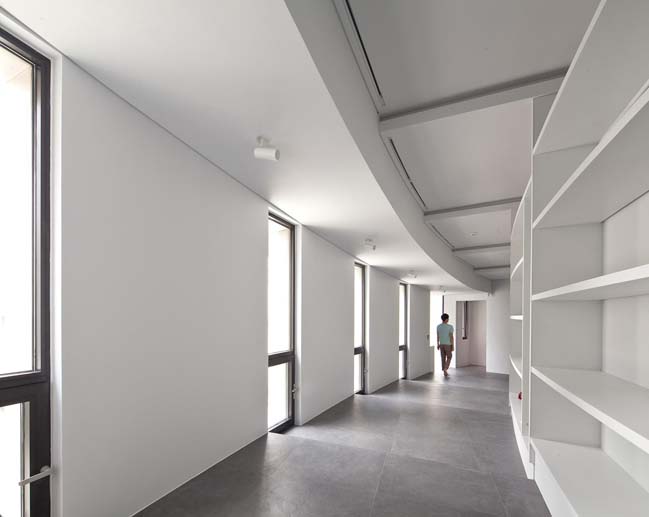 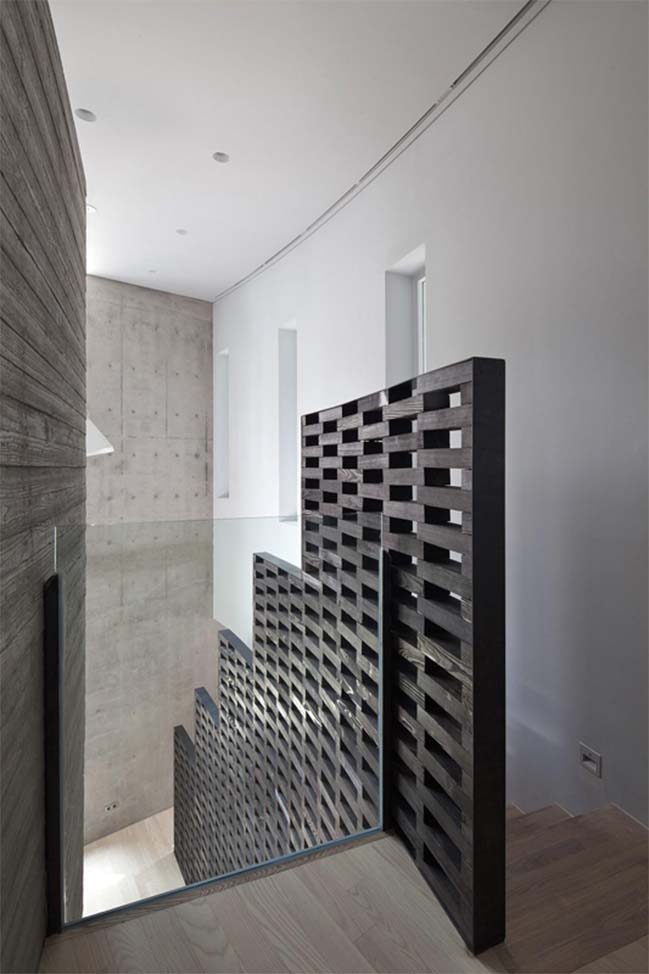 >> You can view more concrete house