Ness Point is a new house set in the dramatic landscape of the White Cliffs of Dover. Hunkered into the land with undulating thick walls along its length, Ness Point is constructed as a journey with views that pull the surrounding landscape into the house. 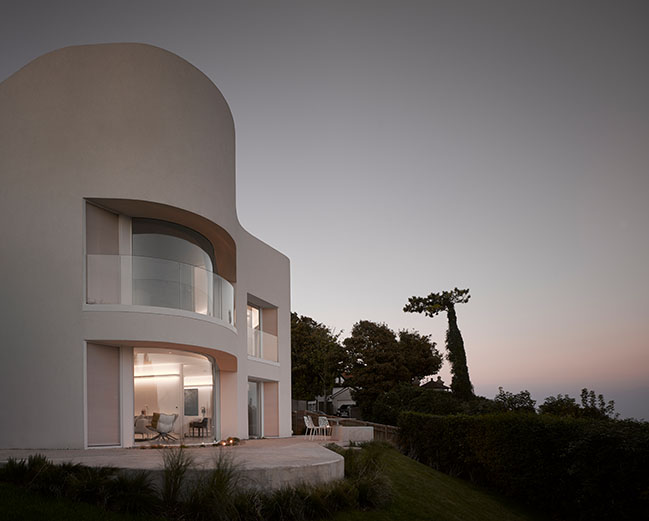 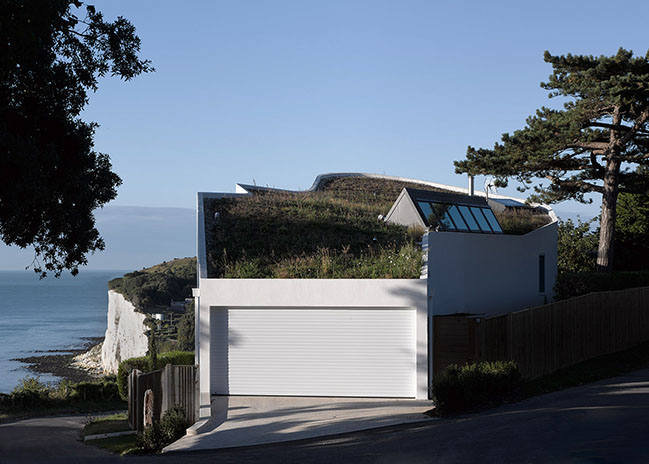 From the architect: The client grew up in the locality and commissioned Tonkin Liu to design a modern building that responded to the cultural heritage of this landmark setting and to his own family heritage, suggesting that the building could in some ways be Celtic. 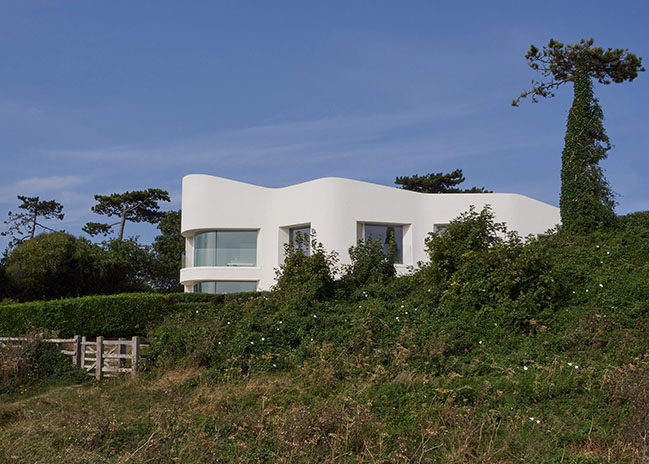 In response to the exposed nature of cliff top site perched 65 meter above the sea, the house is designed as a highly sealed and insulated enclosure. The castle- like Ness Point House utilises heat recovery and solar thermal renewable systems to maximise energy efficiency in the winter, whilst the long gallery skylight and eco-vents enable passive cooling for equally exposed hot summer sun. 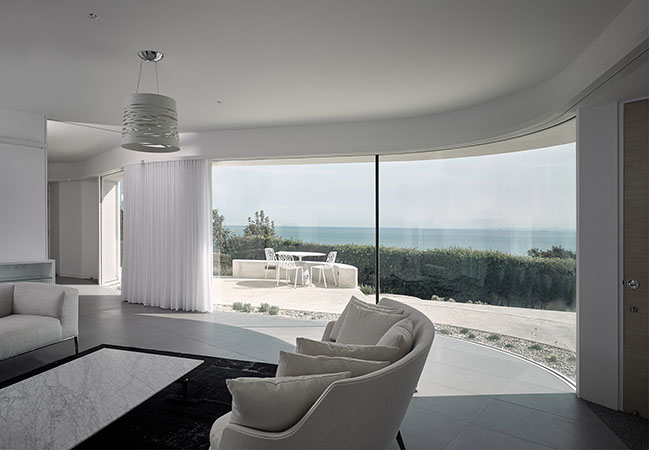 Ness Point has been designed as if it had grown out of the land in which it is embedded. The bio-diverse green roof slopes downward into the land at the rear, retaining rainwater and harbouring local wildlife, merging the house, over time, into the landscape of the coastal cliff top. 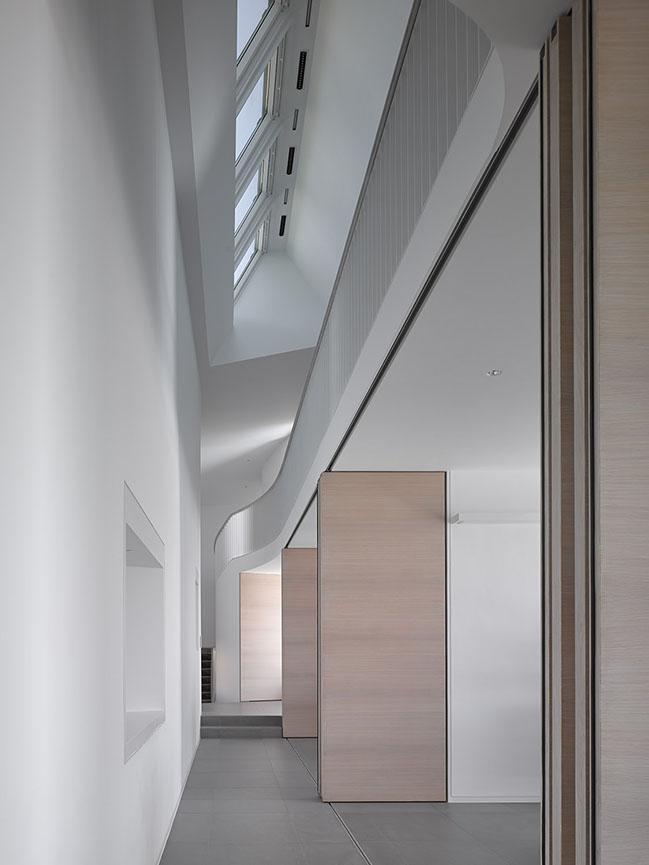 Although the form is irregular the constructional techniques used to construct the house are traditional. The combined effect of undulating plan and inclined sections creates a cavernous internal space that has been articulated to allow flexibility of use. The interior catches the dynamism of the day’s changing light so that the building becomes a part of the larger canvas of ever-changing coastal weather. 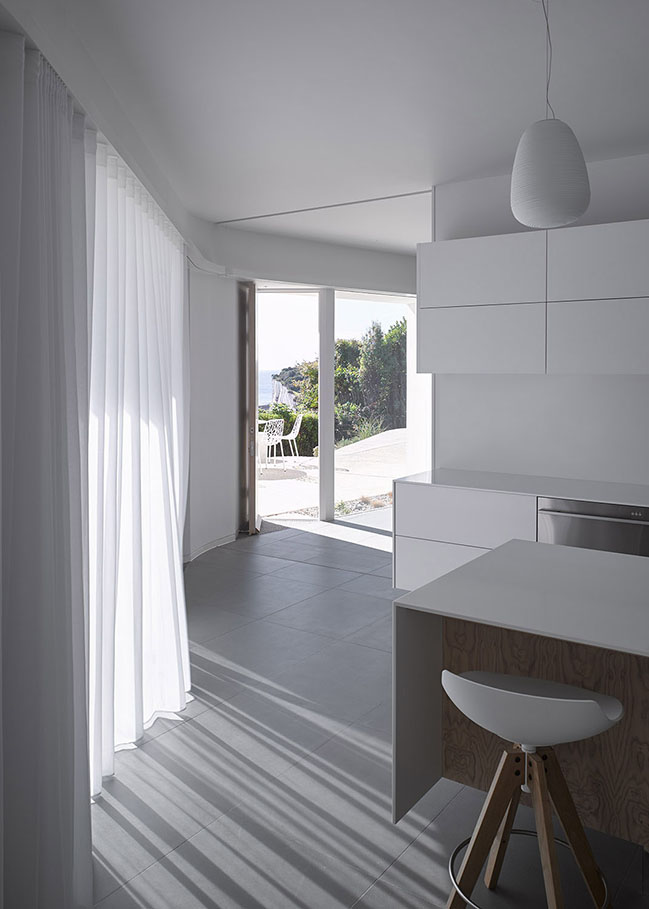 Each room is orientated towards a different aspect of the landscape, across the passing ships of the English Channel, towards the sun rising out of the sea at the winter solstice, to the coastal cliffs called Ness Point, after which the house is named. 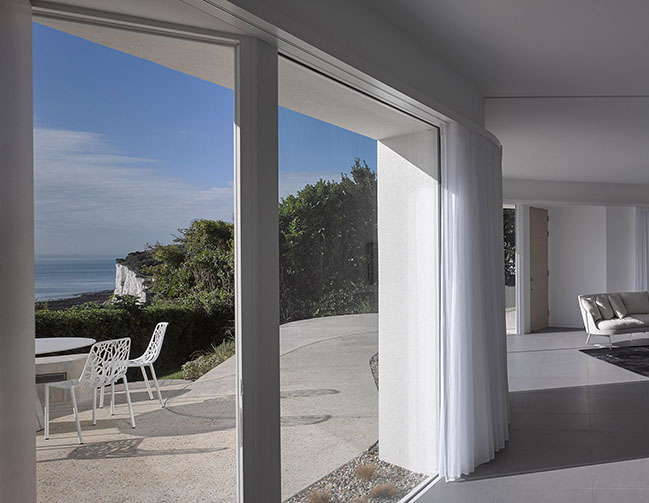 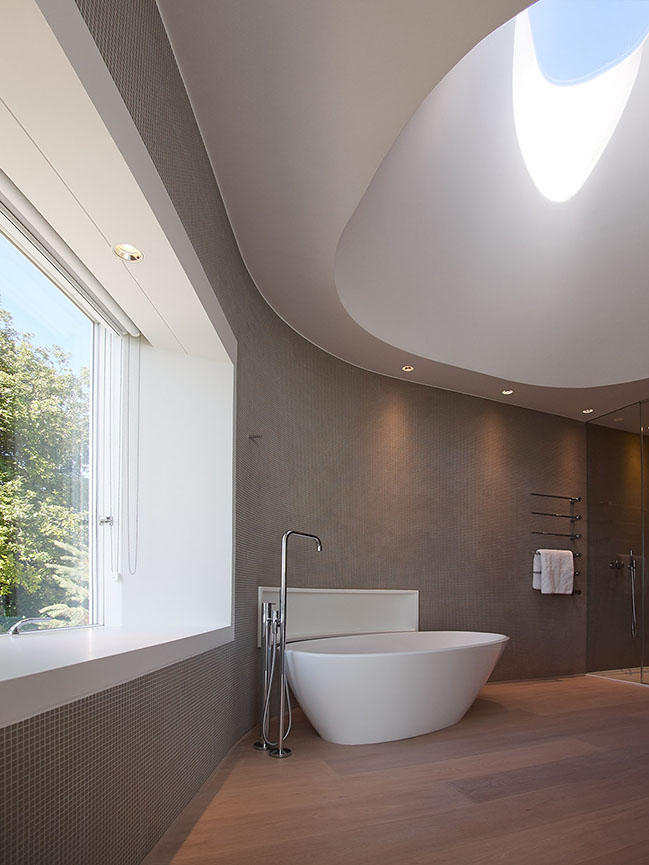 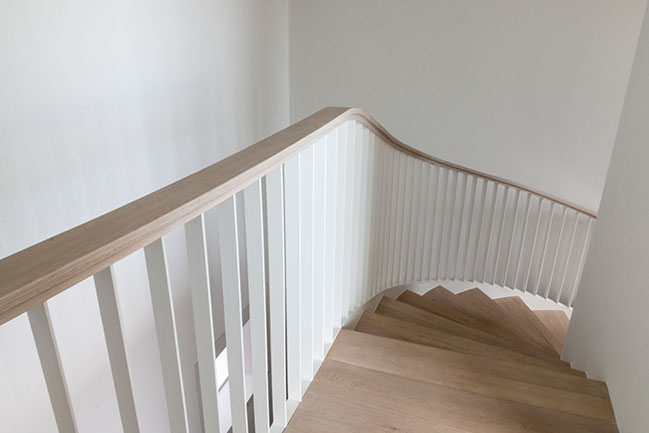 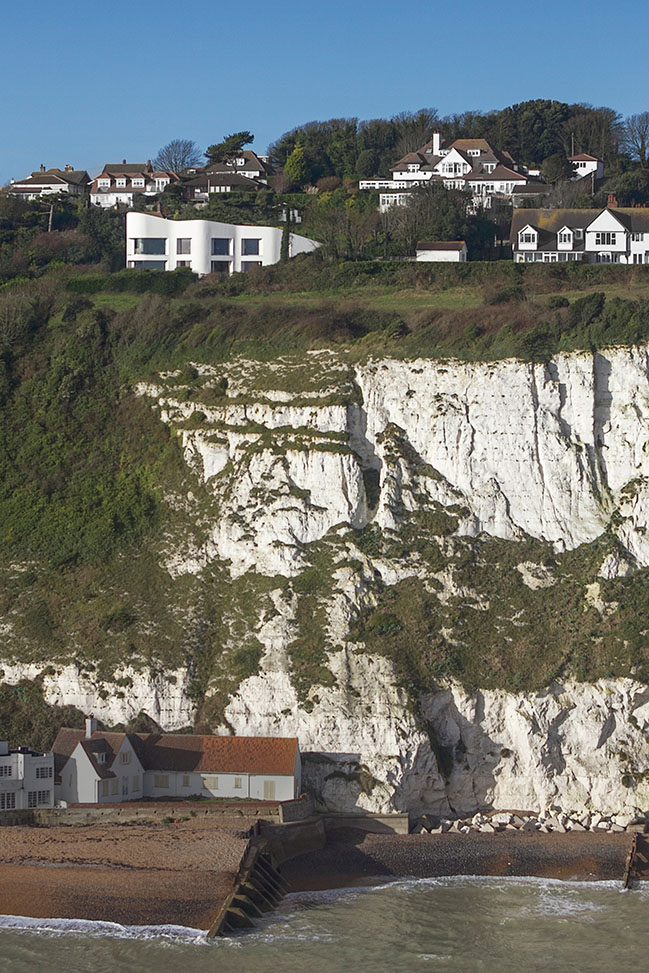 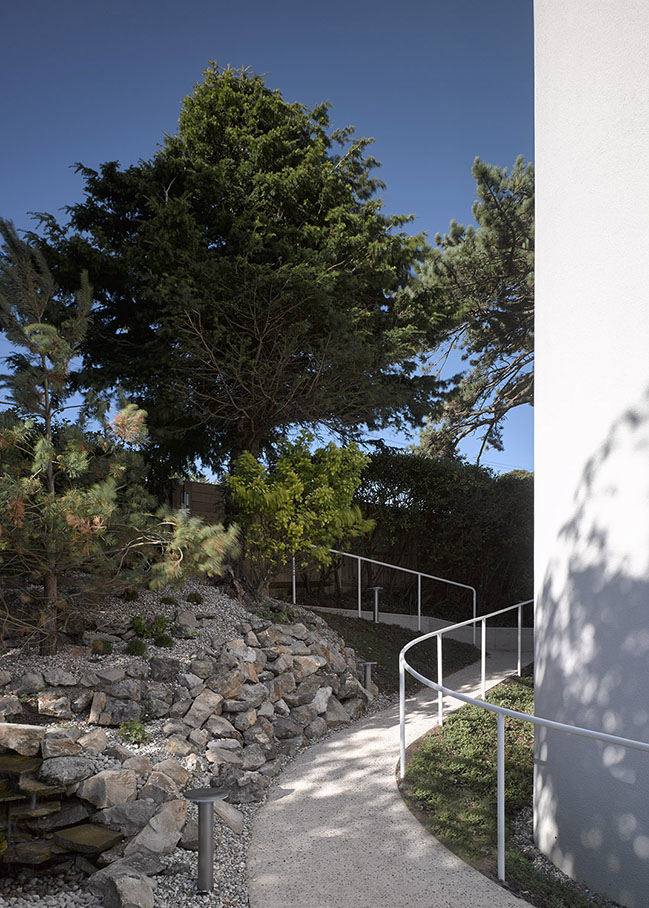 YOU MAY ALSO LIKE: Clifftop House in Sydney by Utz-Sanby Architects 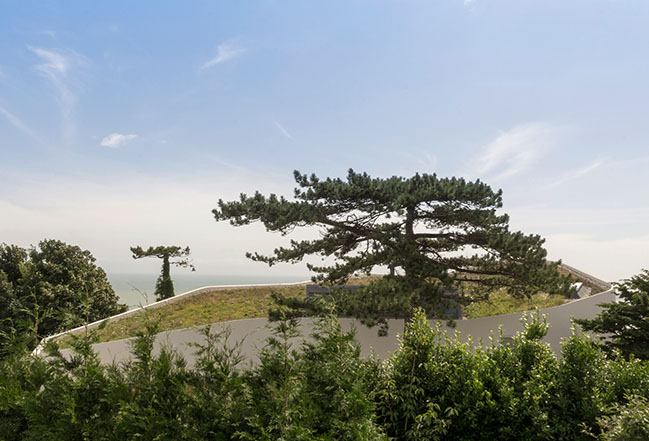 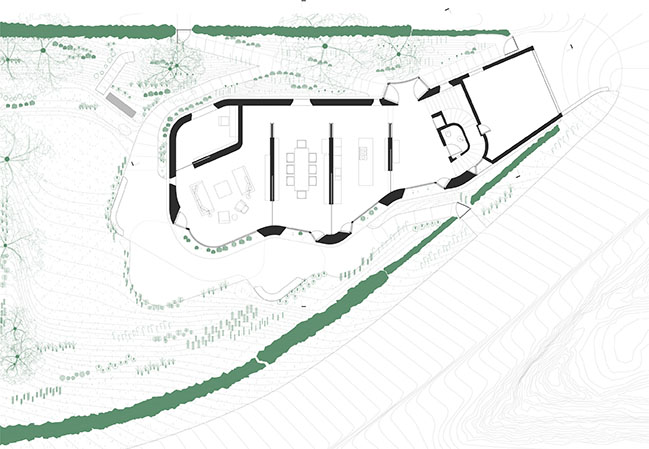 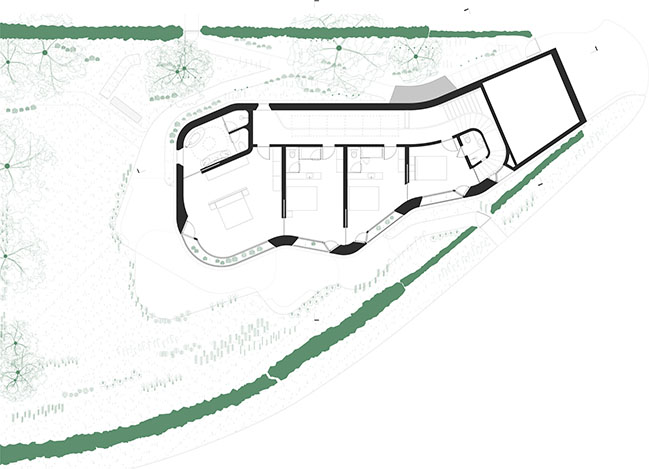 01 / 05 / 2020 Ness Point is a new house set in the dramatic landscape of the White Cliffs of Dover. Hunkered into the land with undulating thick walls along its length...