Savyon House D was designed by Dan and Hila Israelevitz Architects for a family with three children in Savyon to create a modern two-story house which is open to the outside, functional and convenient for everyday conduct, and suitable for their lifestyle. 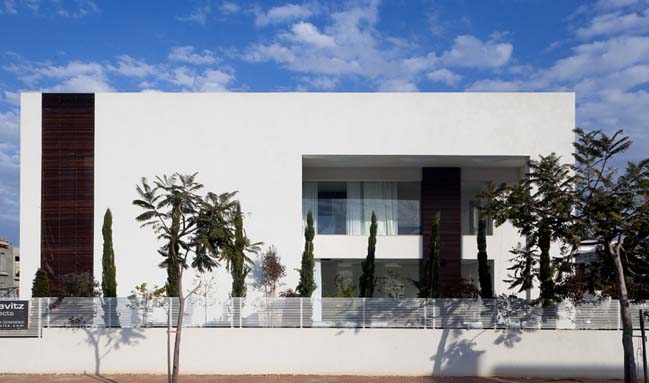 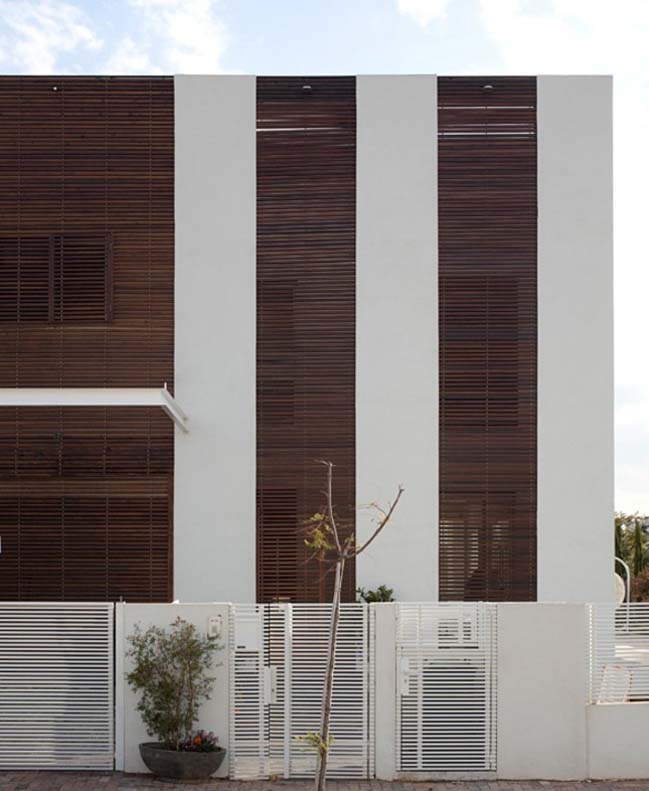 Project's description: The connections system, between the exterior and the interior as well as the different areas of the house, was at the core of the plan. The result: a house to be discovered, which is not read at once but in stages, while creating a discovery experience, changing interests and sensations. 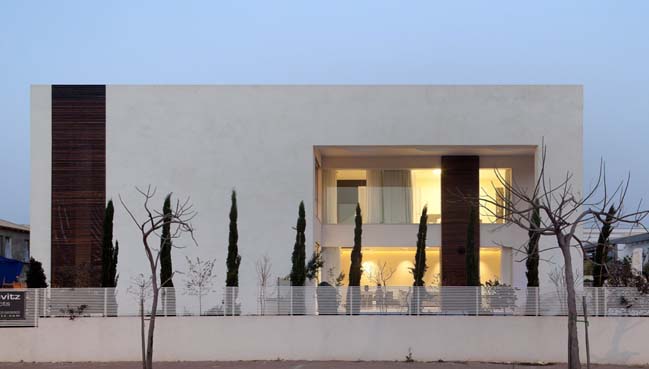 The chemistry was immediate, and so was the first sketch by architects Israelevitz, which was, actually, the only sketch. "The house owners' wishes were in line with our concept that the house needs to first and foremost be used suitably for those living in it, and that was the purpose. To create a house which fills the needs of its inhabitants, and at the same time creates and highlights feelings beyond any aspect of time, fashion, or architecture alone". 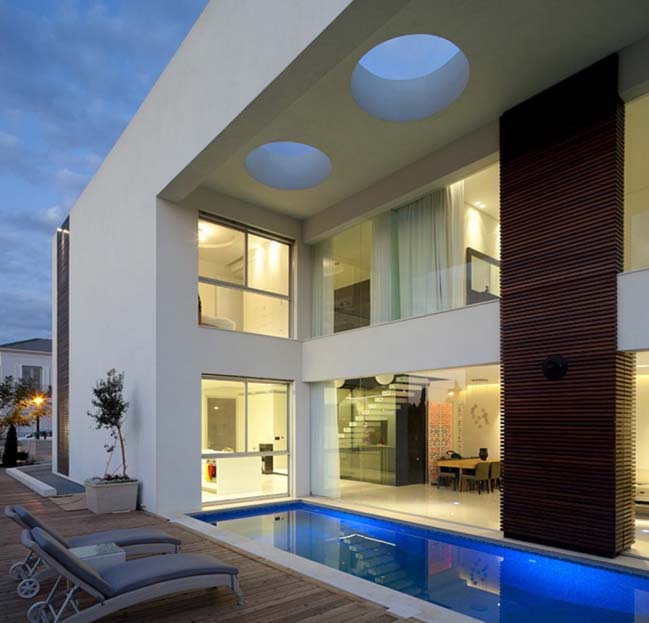 The two-story house, one half of a two-family house which resides on a rectangular corner plot of land, was planned as one piece, rectangular in shape as well, and its front façade is exposed as a reasonably reserved and sealed composition, into which integrate vertical concrete "belts" with horizontal cedar lattices extending up its entire height. A number of wide stairs lead from the front gate of the yard to the door, which is assimilated into the wood lattices, but its opening is surprising, since instead of coming into the house as expected, the guest is greeted by a wood covered space open to the sky, as a sort of additional step in the entering process, and a preliminary chapter to the interior space. "An architectural detail does not stand on its own, but is intended to serve a function, and in this manner, this space was intended to utilize the front area adjacent to the street, which is usually not utilized in houses located close to the street. This way, the area is not "wasted", but integrates with the planning and creates a sort of a pleasant ventilated patio / morning garden you can sit in," say architects Israelevitz, and add, "the choice of wood lattices is not only due to aesthetic reasons or contemporary trends, but due to climatic considerations, and it embodies a contemporary interpretation of traditional desert construction, in which a wall was built out of twigs which were wetted with water so the warm air which goes through them would penetrate moisture and cool the house". 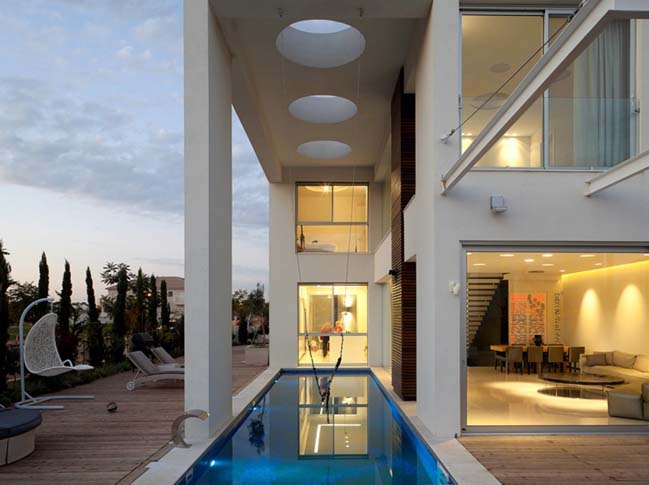 A large window which divides the morning yard and the interior space provides the guest with a primary glimpse, but only when opening the “real” door the covering intimacy of the wood is replaced with a feeling of openness, when the space is discovered in its fullness – airy and expansive, delineated by large windows which reveal a covered swimming pool that flows parallel to it, and in fact almost touches it. Architects Israelevitz: "the sensation you get is of a discovered house, which is not read at once, but in stages, while creating a changing experience of discovery and interest." The swimming pool is located right behind the large windows and adjacent to them. This location is the outcome of mass reduction in this façade of the house (the wide façade facing the adjacent street), and thus changes its exterior appearance, and when looked at from the outside a sharp transition is created from the reserved closure of the entrance façade into transparency and openness. The concrete beams that covers the pool have three round fairly large openings, created for light control of the sun beans penetrating through them, and incidentally create sort of light rings which are "tossed" downward while creating an enchanting sight. 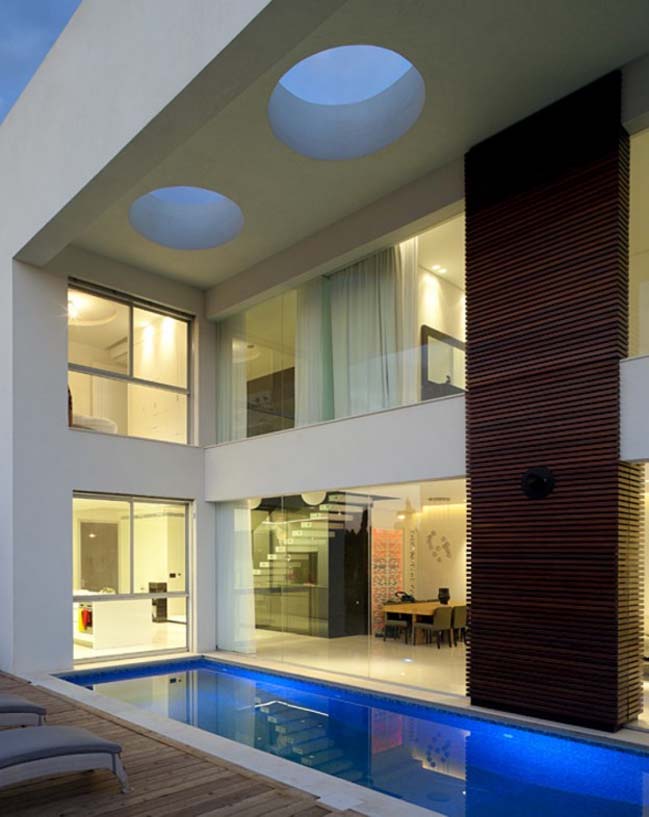 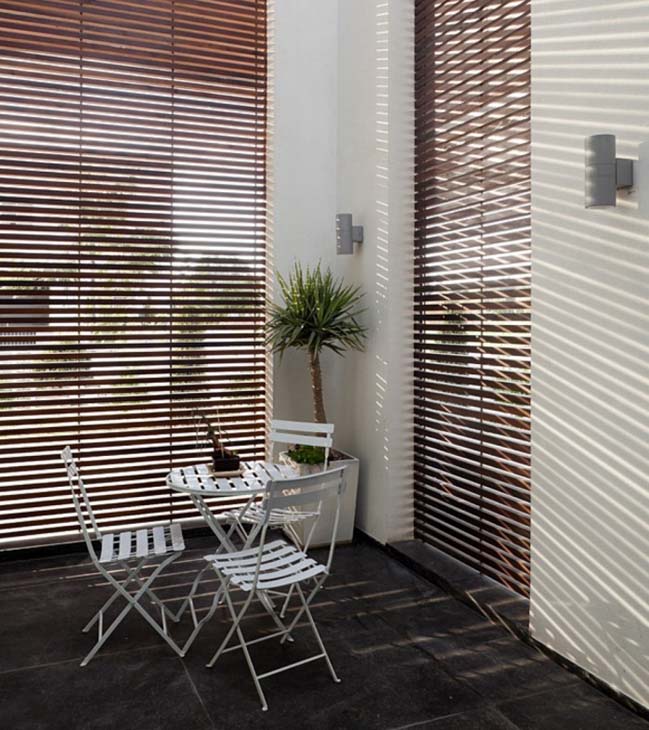 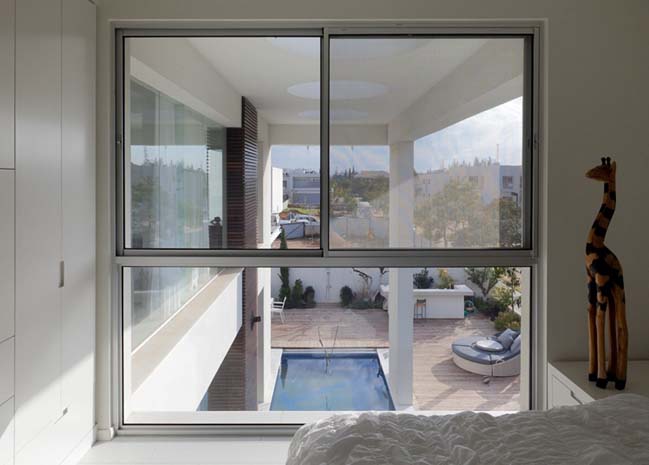 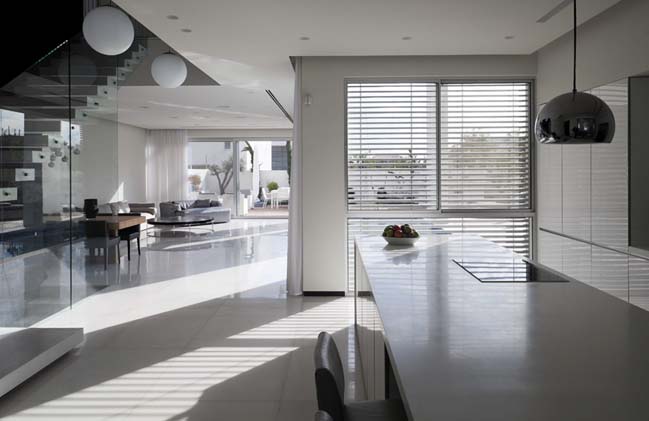 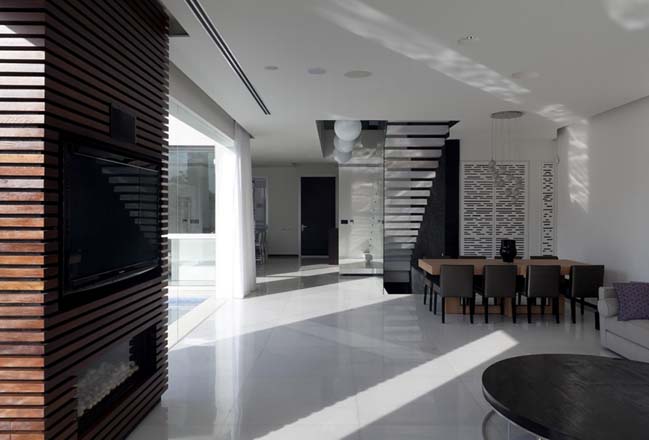 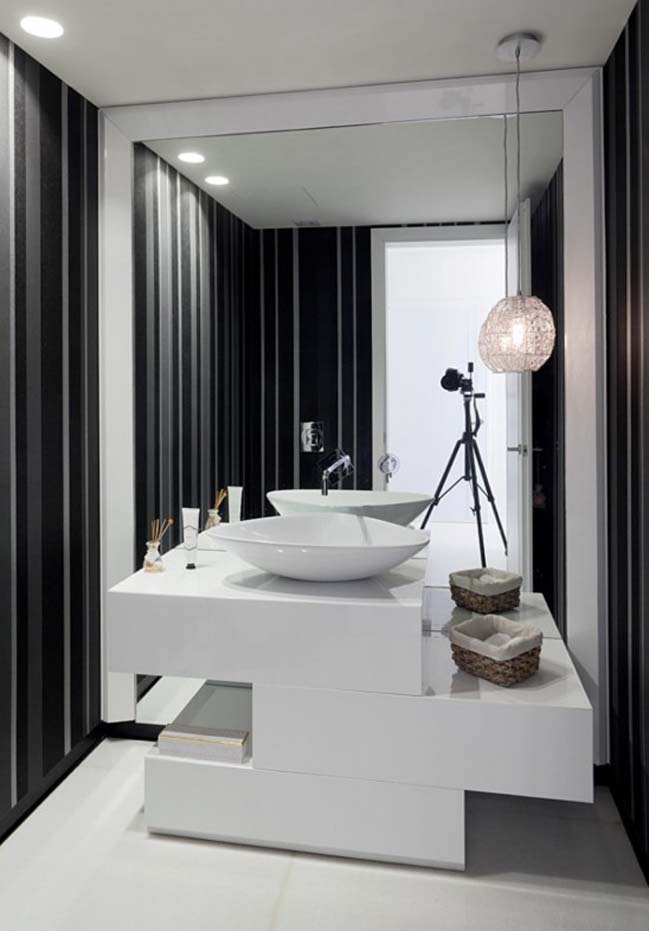 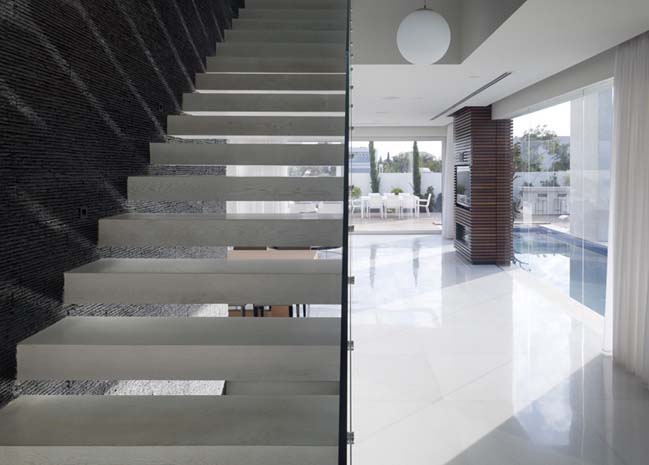 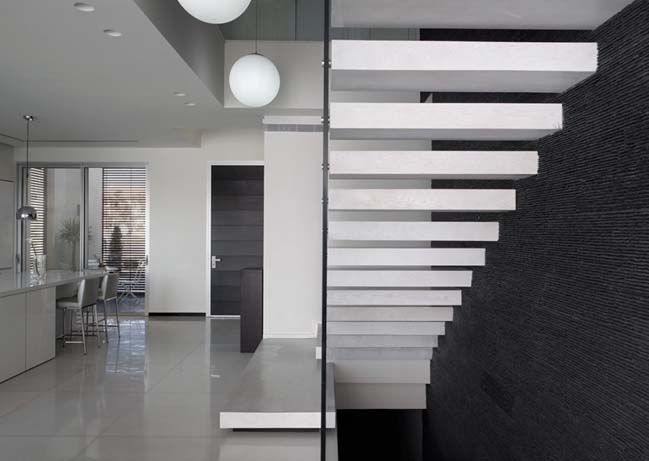 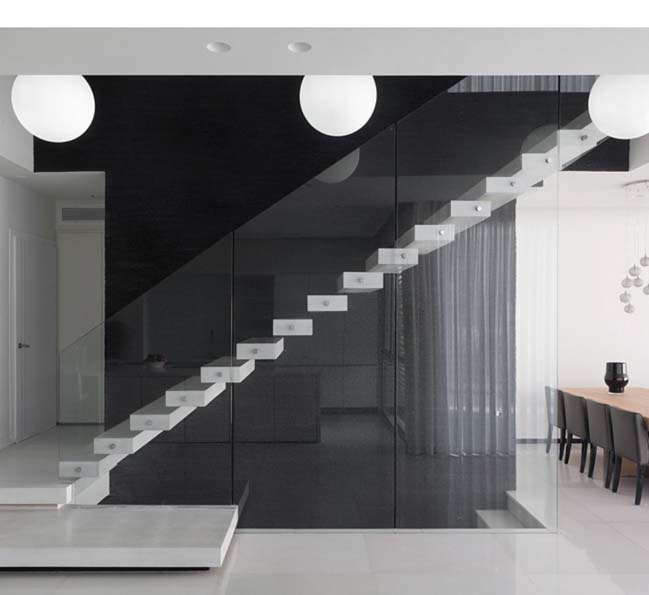 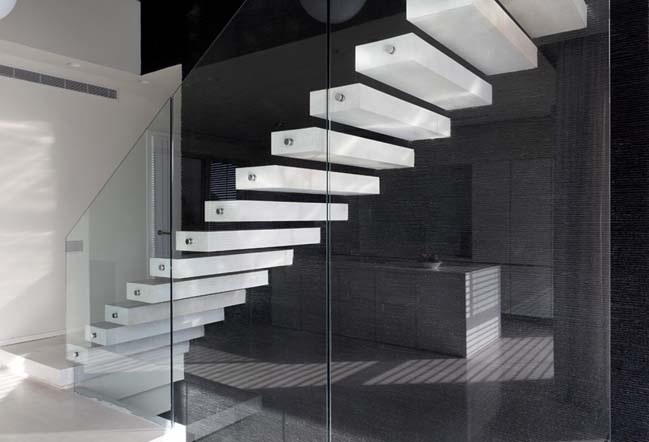 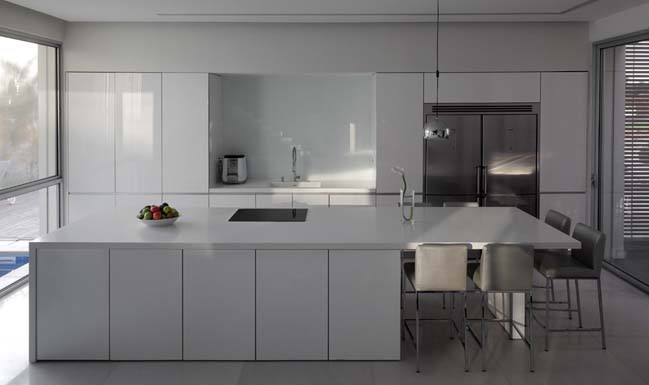 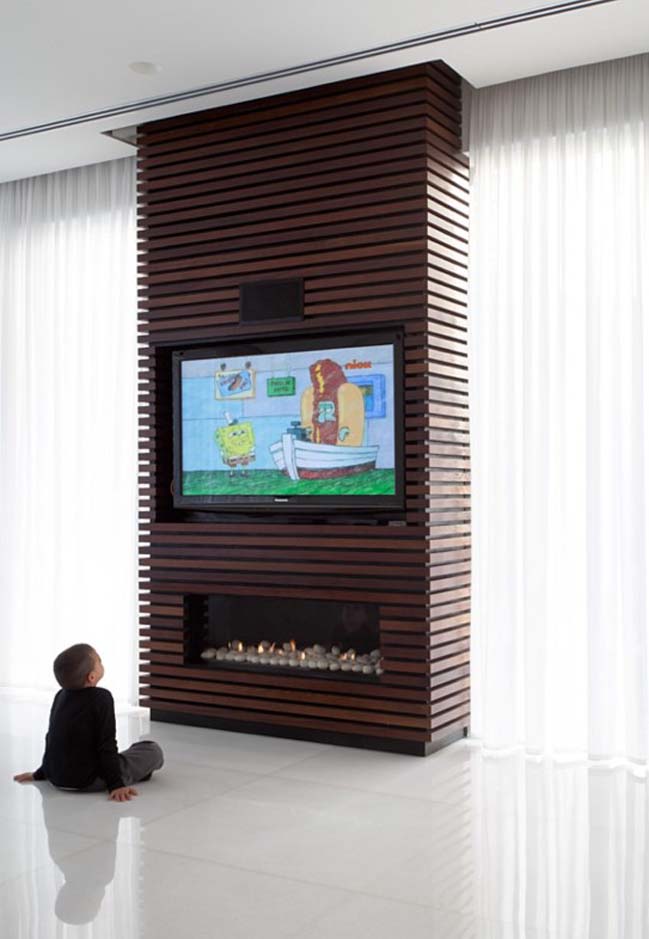 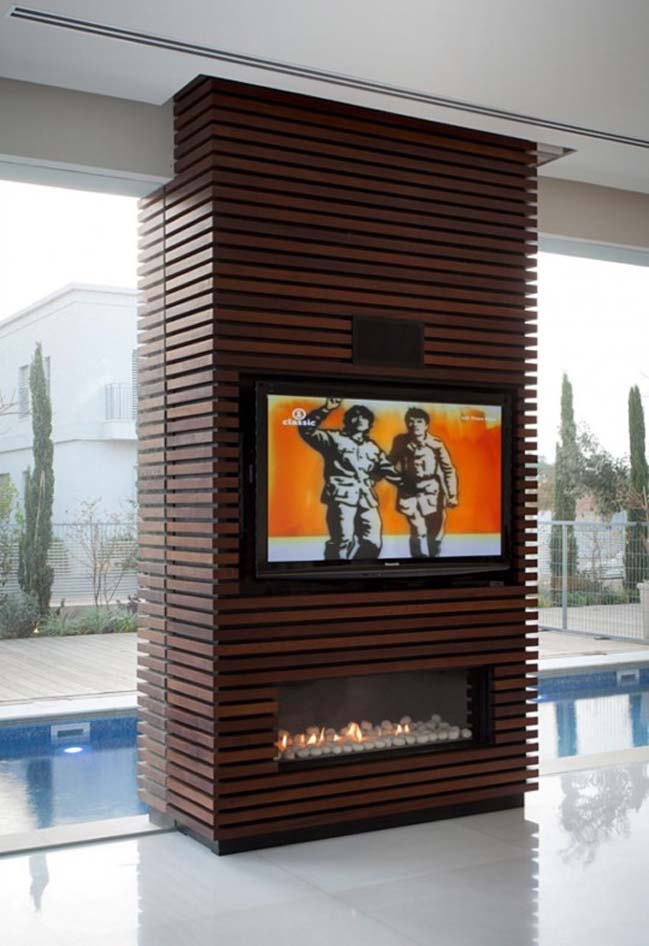 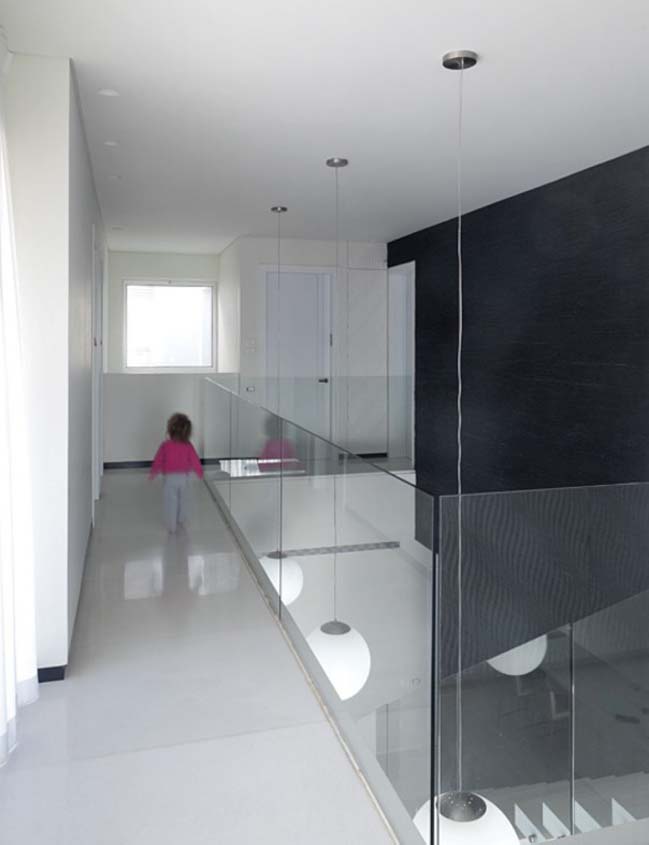