Santiago Calatrava has unveiled plans for cutting-edge office building in Zurich that include 1,000 underground parking spaces for bicycles, will increase connectivity between Calatrava-designed rail station and city. 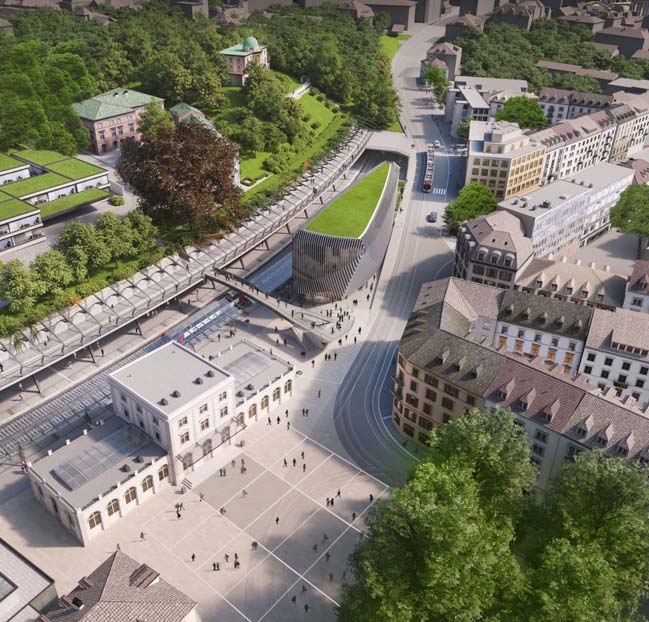 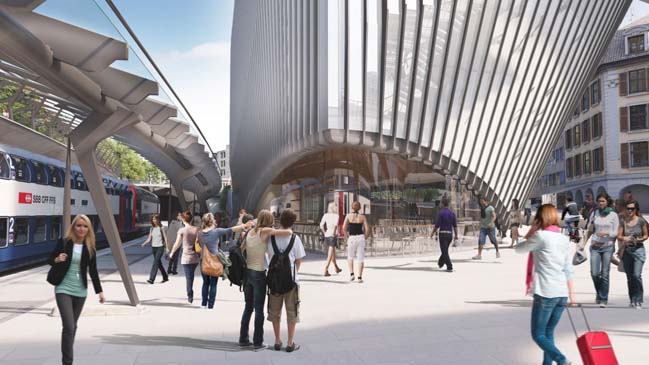 Project's description: The five-story structure will seamlessly integrate with Stadelhofen Station, the Calatrava-designed transit hub and city landmark, and will increase connectivity throughout the metro area.

“This 21st century office building in the heart of Zurich interplays with the area’s streetscape and adds to its vibrancy by encouraging bicycle use and improving pedestrians’ connection to the Stadelhofen Station,” said Mr. Calatrava. 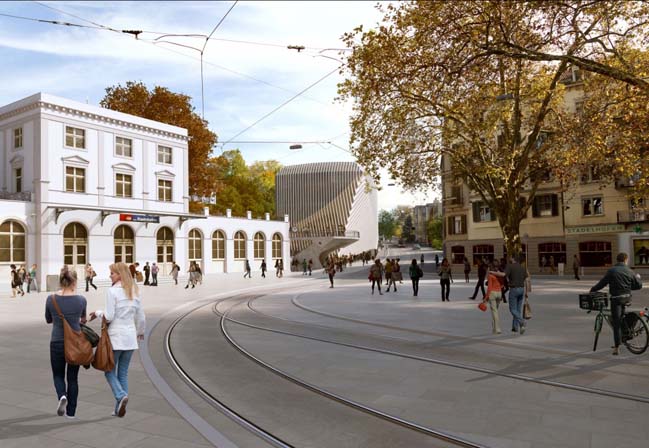 Mr. Calatrava was chosen to design the new property owned by Swiss insurer AXA because of his commitment to innovative, functional design and to ensure consistency with the adjacent station’s architecture and appropriateness within the surrounding city fabric.

Located in the center of Zurich, the Calatrava-designed space will cater to the 80,000 commuters who pass through Stadelhofen Station each day. Today, much of the plaza space in front of the station is overcrowded with commuters’ and pedestrians’ bicycles. Mr. Calatrava’s design will directly address this Problem.

In June 2014, Zurich’s City Council changed development regulations on Kreuzbühlstrasse 1, a thoroughfare in the city on which the new property will be built, to allow for the construction of an avant-garde building that would provide bicycle parking for both neighborhood riders and station users.

The redesigned Stadelhofen Station opened in 1990, and was the first rapid-transit system to be built in Switzerland. Today, it is the country’s seventh busiest rail station and one of eight railway stations around the world designed by Mr. Calatrava. 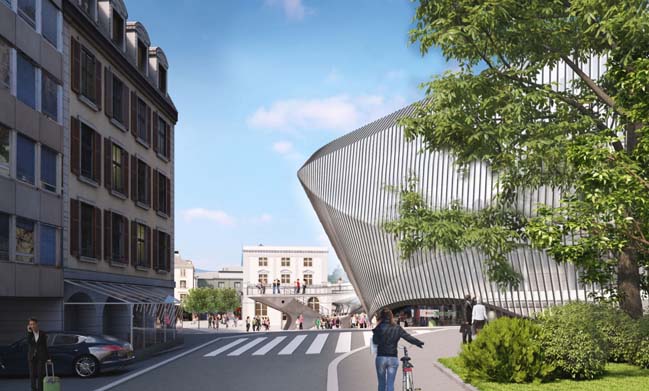 > The UAE Pavilion for Dubai World Expo 2020 by Santiago Calatrava

09 / 23 / 2016 Santiago Calatrava has unveiled plans for cutting-edge office building in Zurich that include 1,000 underground parking spaces for bicycles... 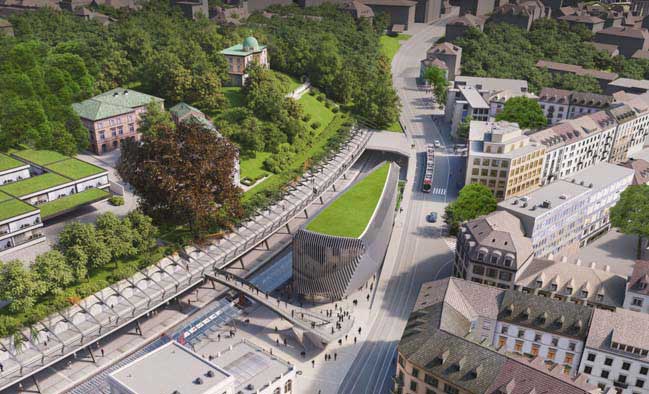