Olonkholand is an amazing futuristic architecture that was designed by Atrium for promoting national cultural heritage and developing the city of Yakutsk, Russia. 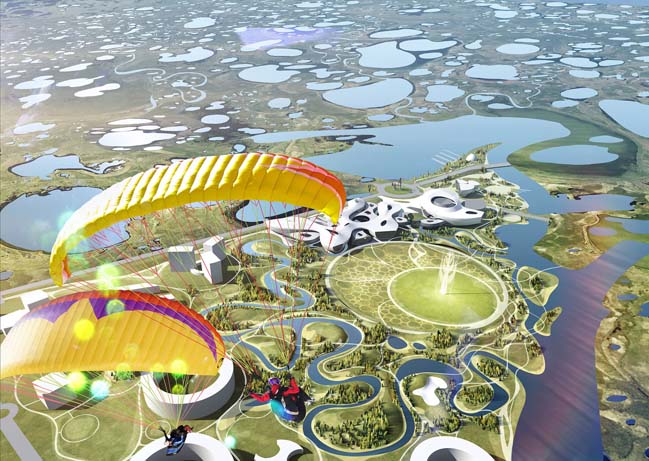 From the architects: Creating on the banks of lake Saysary and Teploye channel a large park, residential districts, business clusters and a massive cultural center. The center will consist of 3 museums and 3 theatres. The landscape and architectural design grow from the unique local climate (this is the land of permafrost, with a temperature delta of 100°С), land character and the culture of the Sakha people, which is portrayed in the heroic epos of Olonkho. The functional zoning creates a gradation from quiet natural spaces devoted to walk and sacral events, to a dense urban environment. In addition to new buildings a grand square will appear, along with a new channel and developed path network. The national and geographical uniqueness are combined in the futuristic architectural design. A small building footprint is preferable in the permafrost zone. At the same time, the traditional ceremonial cup Choron has a narrow foot and wide body. The architects use it’s shape as a module, grouping them together to achieve the desired area for the facilities. According to the competition brief, the project is energy efficient, can be built in stages and is adaptable. An extended cultural and usage program for the park and buildings was written as well. 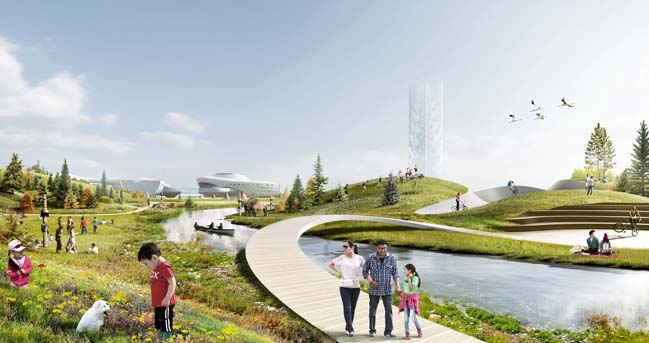 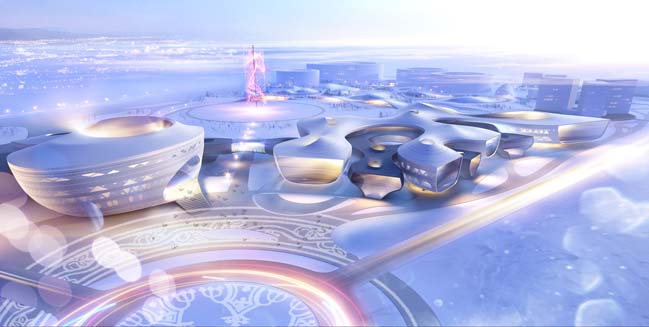 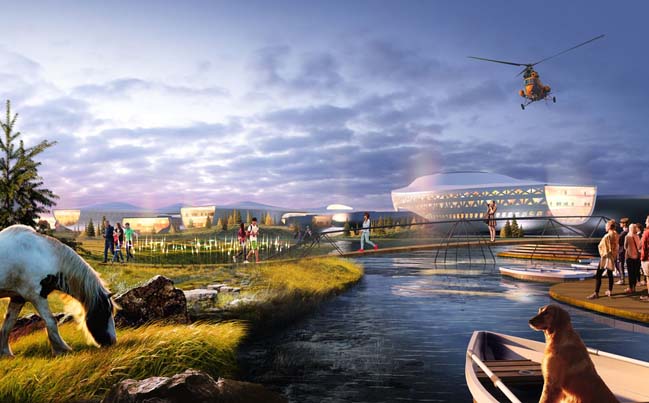 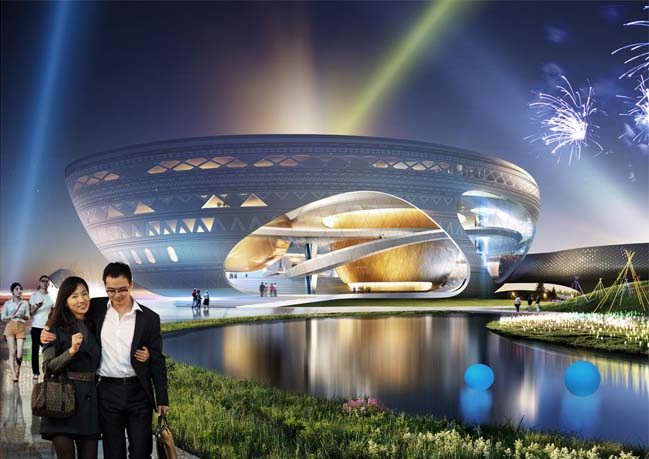 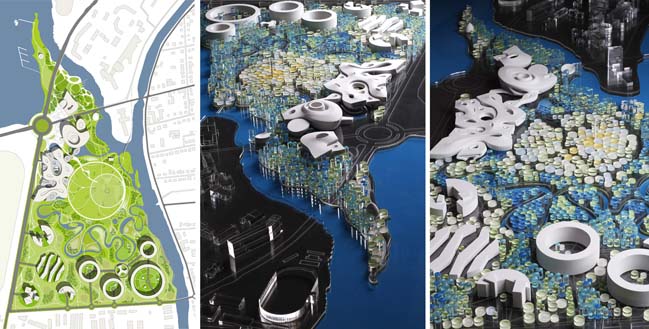 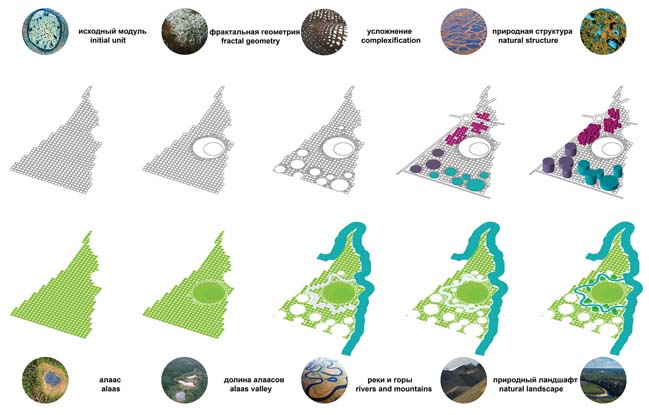 08 / 13 / 2015 Olonkholand is an amazing futuristic architecture that was designed by Atrium for promoting national cultural heritage and developing the city of Yakutsk, Russia