The Milestone is a new 6,500m2 mixed-use office building by MVRDV with a distinct part-reflective façade and open geometric core which has been selected by a jury for the city of Esslingen. 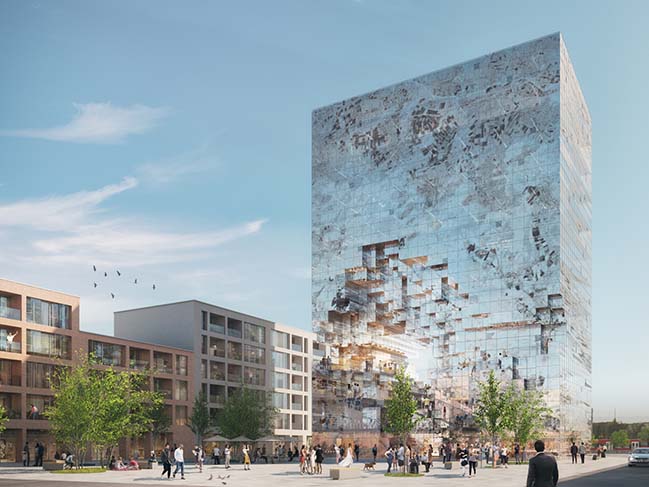 Project description: Europe consists of thousands of small towns that compete for recognition. A beautiful and useful force, which can create a strong energy for the future of Europe. One of these towns is Esslingen am Neckar. A city situated in the region of Stuttgart, in the south of Germany. In Esslingen, in the “Neue Weststadt”, a former freight depot with a diverse industrial history, a new office building will be realised. Together with RVI, a developer situated in Saarbrücken, MVRDV design a new Milestone for the city, which will draw attention to the town and its developments, a “crystal rock”. 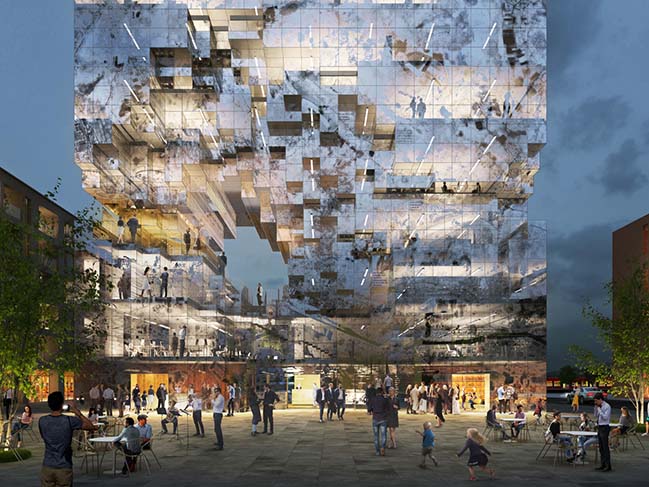 Formally known as “Block E”, the new mixed-use office building marks the centre of this newly developed district, which will further accommodate a university, housing developments and retail stores. MVRDV’s ambition is to generate a building that shows the city of Esslingen and at the same time, opens up to its surrounding and its users. To the people who pass by on the train, and to those that look at the city from the hills ‘Here We Are.’ It shows its pride, its history and its future. 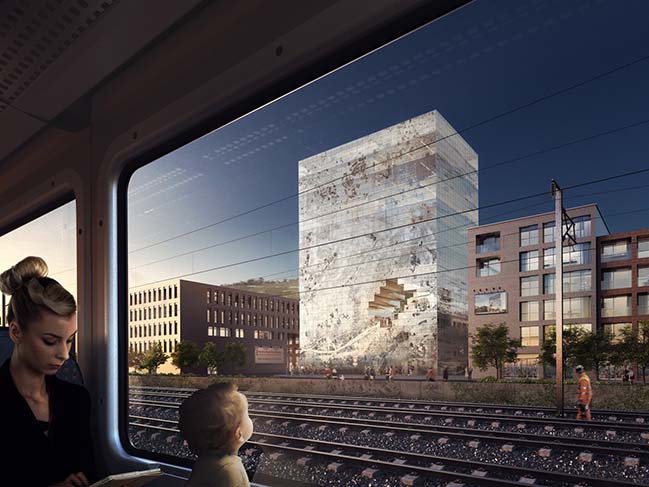 The façade traces the boundaries of Esslingen and the topography of its landscape, which is pushed in through a series of pixels that form an “Esslinger Room”. A series of stairs, terraces, and platforms emerge and leads to the other side, reaching a viewpoint in the shape of the city centre for public use, where visitors can enjoy the views of the vineyards and surrounding hills. 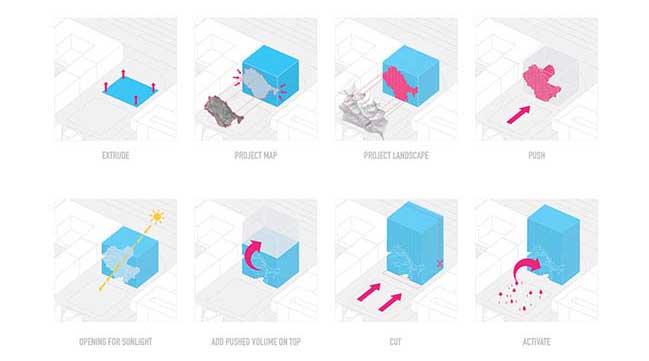 The façade is designed as partially mirrored, with fritted glass containing PV cells that mirror the environment, the town, its hills and its people. It shows the pixelated map of the area of Esslingen and around. Each pixel carries different information, featuring the stories of the city and its inhabitants. Accompanied by a smartphone app one can discover its richness, creating the public library of the town. On the ground level, the crystal rock opens up to the public square located in front, connecting the city with the building and providing public amenities including a restaurant, café and meeting areas. On the upper levels, modern office spaces are created to encourage a healthy work-life balance. 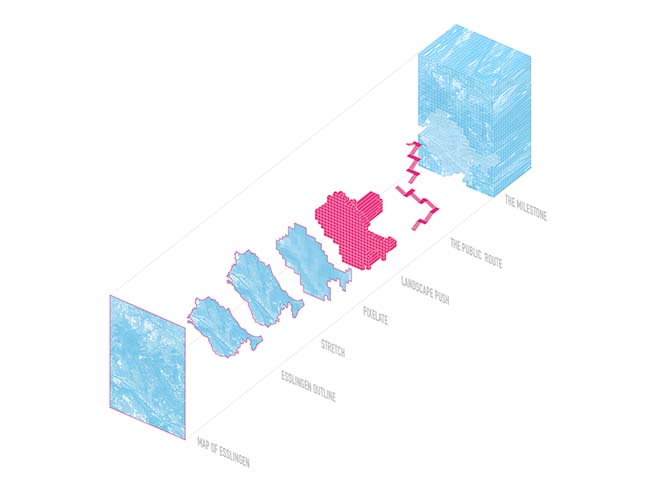 In contrast, at night, the building becomes a beacon for Esslingen, illuminated through its façade, creating an extraordinary atmosphere. This turns the public square in front into a new meeting point for its inhabitants and the city’s next milestone. 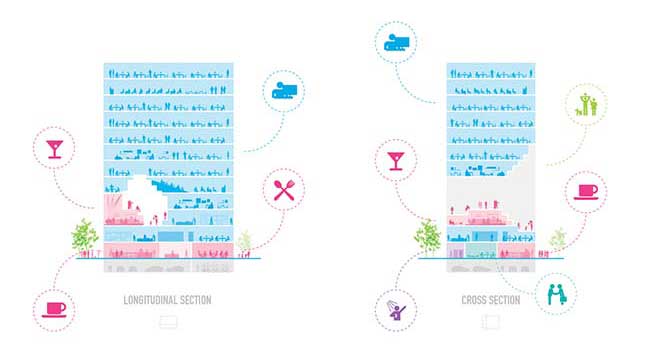 01 / 31 / 2018 The Milestone is a new 6,500m2 mixed-use office building by MVRDV with a distinct part-reflective façade and open geometric core 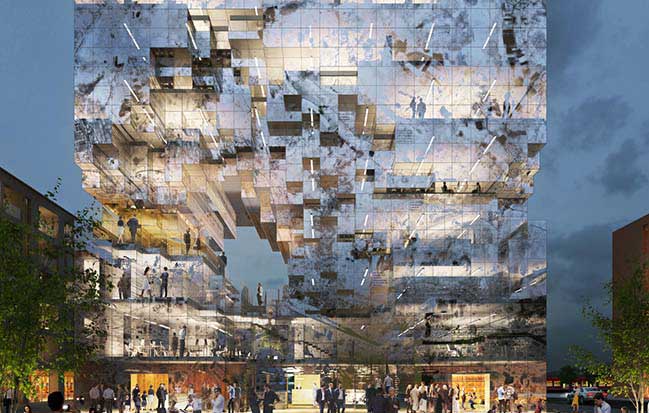