Tianjin Binhai Library is a beautiful futuristic architecture project that is designed as a part of a larger cultural-complex masterplan by MVRDV. The project's design bases itself around a mirrored spherical auditorium which, coupled with the main atrium, forms an eye that gives panoramas of the interior space and reflects the beautiful park in front of the building. Terraced bookshelves echo the sphere throughout the atrium, leading users up into the heart of the library, before continuing around the building as louvres. 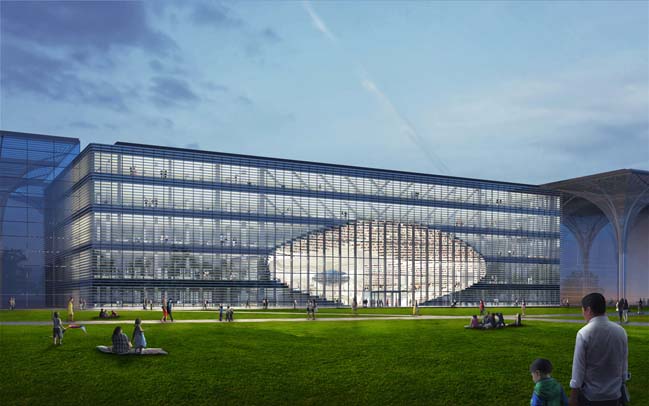 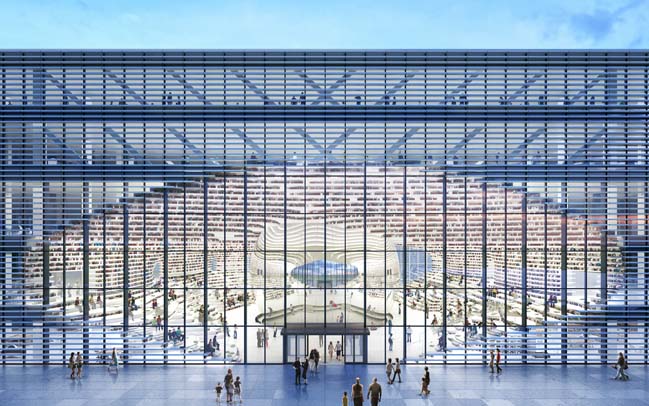 Follow the architects: The futuristic library sits within a sheltered gallery, topped with cathedral-like vaulted arches, which winds its way throughout the scheme. MVRDV’s project is surrounded by four other cultural buildings designed by an international team of architects including Bernard Tschumi Architects, Bing Thom Architects, HH Design and GMP. 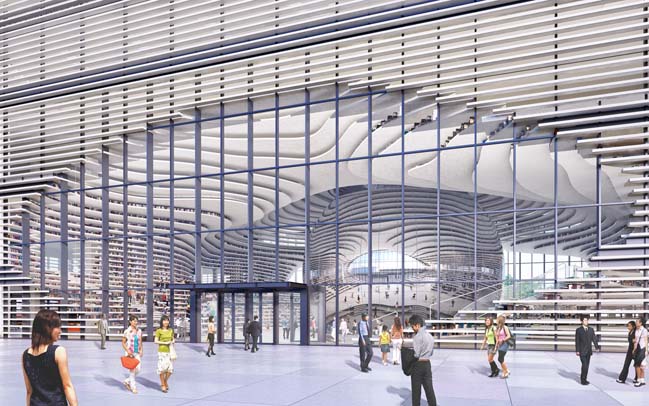 "The Eye is the centre of the library. It ‘hollows out’ the building and creates, out of bookshelves, an environment to sit, to read, to hang out, to climb and to access, to create an organic social space," explains MVRDV co-founder Winy Maas. "In its heart is the auditorium which mirrors the environment, giving a 360 degree panorama of the space inside; a truly reflective and pensive environment." 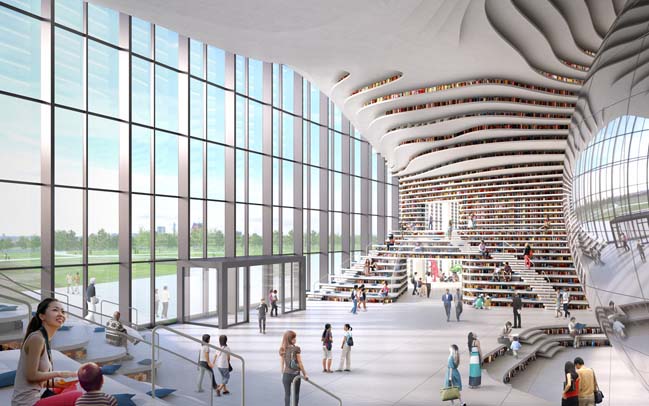 The five levels of the building contain an extensive programme of educational facilities. The subterranean level has in it service spaces, book storage and a large archive, whilst above this on the ground floor are easy access reading areas for children and the elderly, the main entrance and access to the cultural complex, the auditorium and terraced access to the floors above. The first and second floors consist primarily of reading rooms, books and lounge areas whilst the top two floors also include meeting rooms, offices, computer rooms and audio rooms. 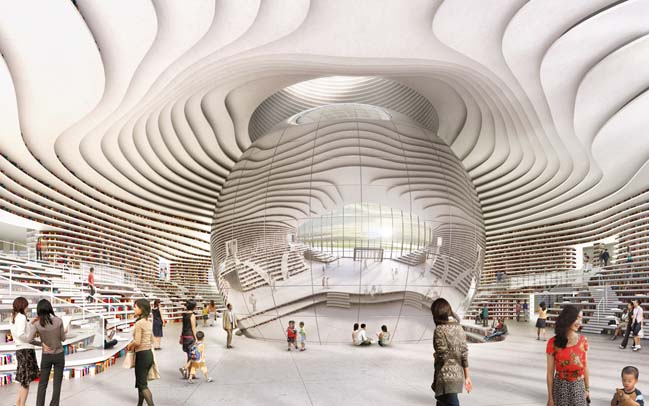 Tianjin Library is part of German architects GMP’s 120,000m2 masterplan which aims to accentuate the characteristics of the surrounding districts. Through its design the complex will become a junction point for the CBD, old town, residential districts, commercial areas and the government quarter; hoping to compensate for any missing programme in each. The library’s outer volume was given in the masterplan so the Eye and its surrounding semi-public area is an internal space, like an inverted icon, acting as a central point and folly in the building. 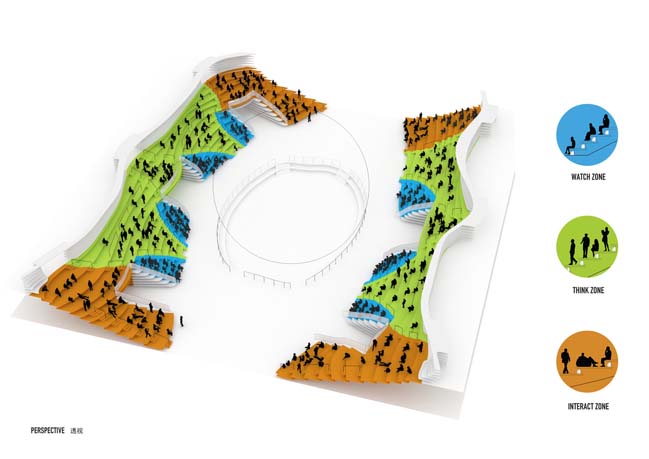 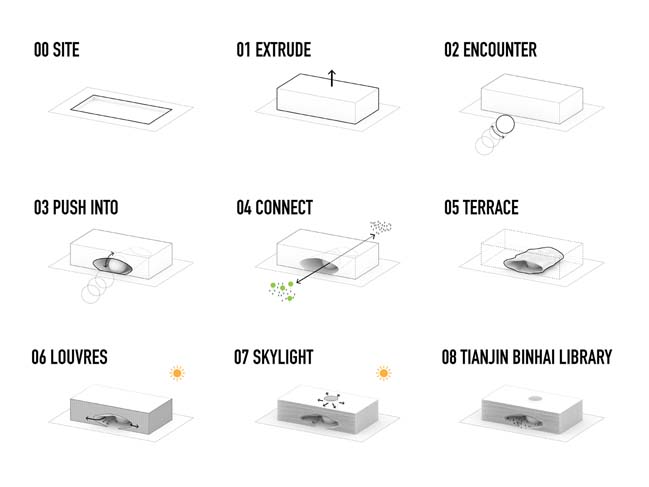 06 / 23 / 2016 Tianjin Binhai Library is a beautiful futuristic architecture project that is designed as a part of a larger cultural-complex masterplan by MVRDV...