Completed by Raulino Silva Arquitecto. Aguçadoura House is located in a small allotment in a bathing village with the same name in the north of Portugal. Taking advantage of the unique climatic conditions and soil quality the surroundings are also known for having many greenhouses used for growing vegetables. 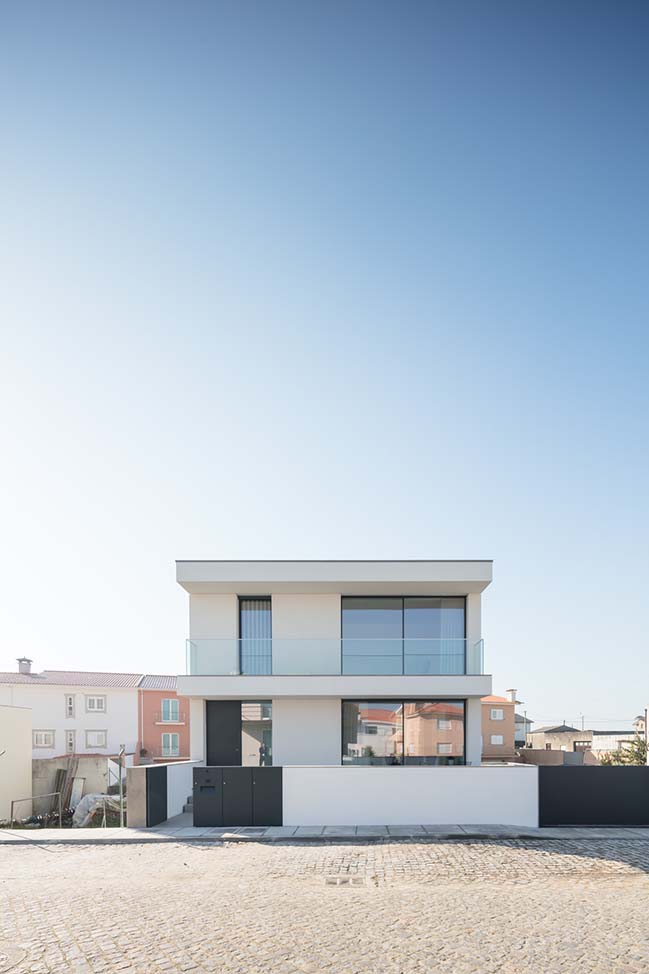 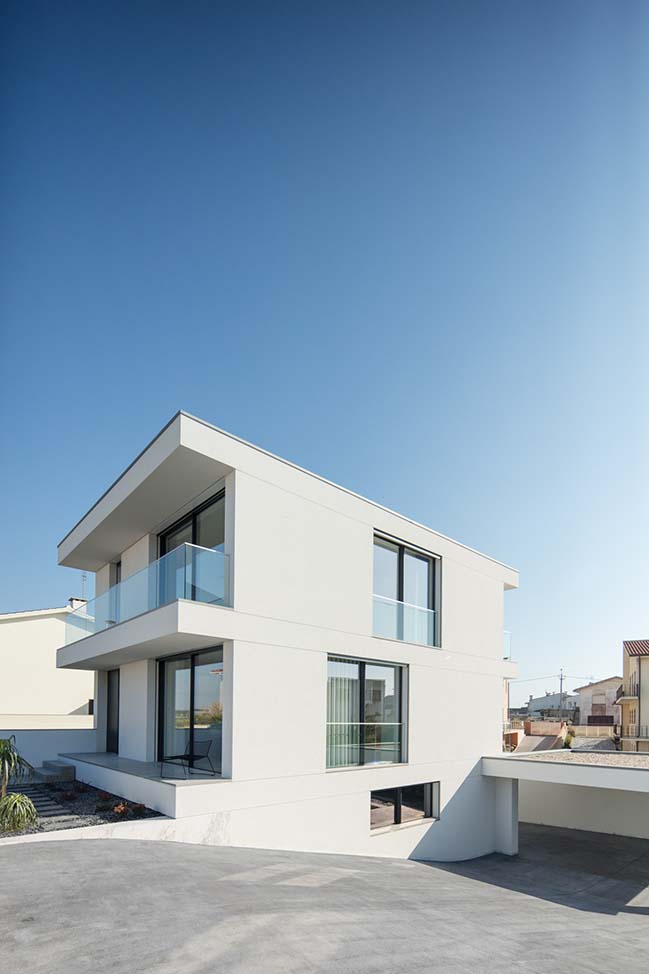 From the architect: Over the years the allotment had a slow growth so there are still some empty allocations near Aguçadoura House. The plot is a combination of two parcels of land being that the house occupies only one and the other one is for the garden. However, there is a shared porch that can be used for car parking placed between the two parcels. 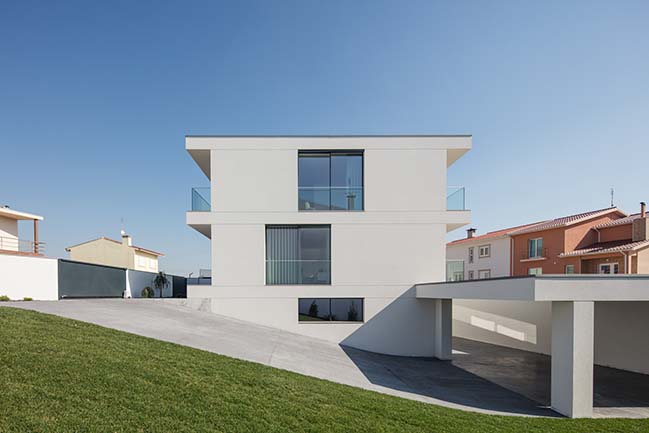 Since there is still no other construction next to the house, it was important to treat the blind gable as the remain facades of the building and give it a cohesive appearance using the same materials and sharp finishing. 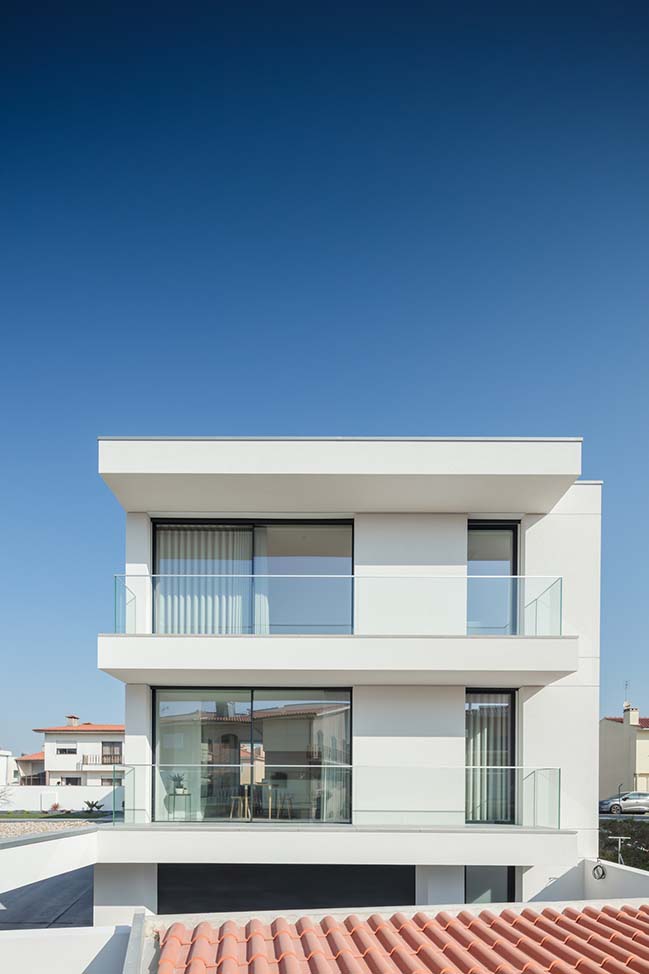 The entrance to the house is made by a few steps which takes us to a small atrium. From that we have access to the living room facing both North and West, the kitchen facing South and a small bathroom. We still have access to the main aisle and the stairs. 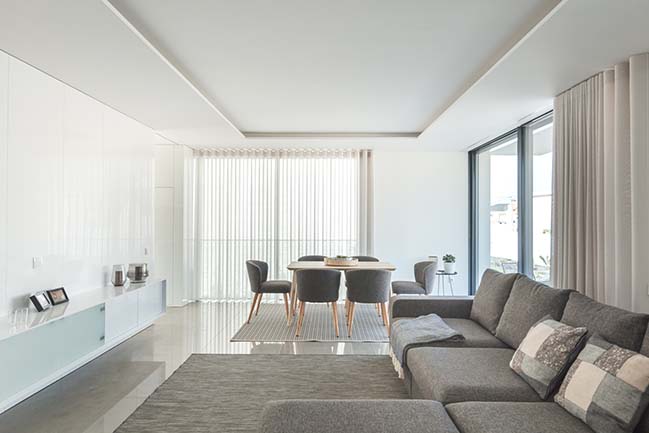 Downstairs we have the garage, a space shared by the laundry and technical area and a small bathroom. 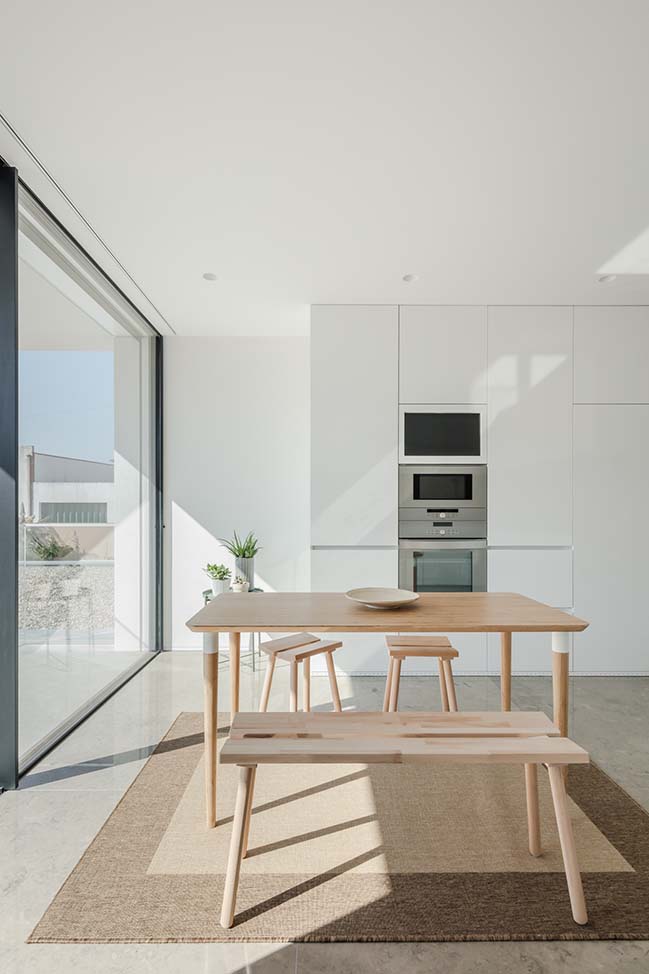 In the upper floor there are two bedrooms, one facing South and another facing West, sharing the same bathroom and a suite. The suite is organized with an illuminated vestibule which connects the bedroom facing North, the closet and the bathroom.

All the main areas of the house, including circulation areas, storage and some sanitary facilities have natural lighting and natural ventilation. 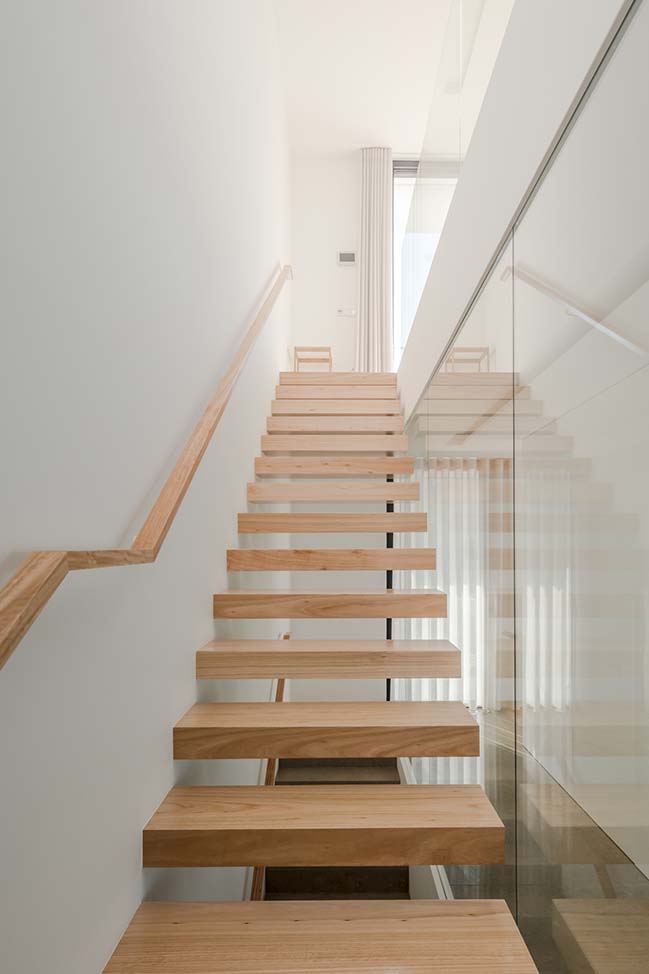 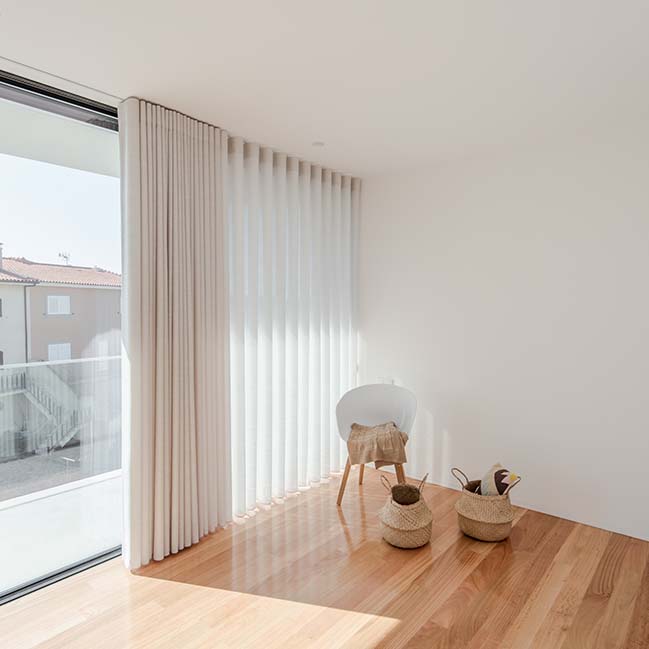 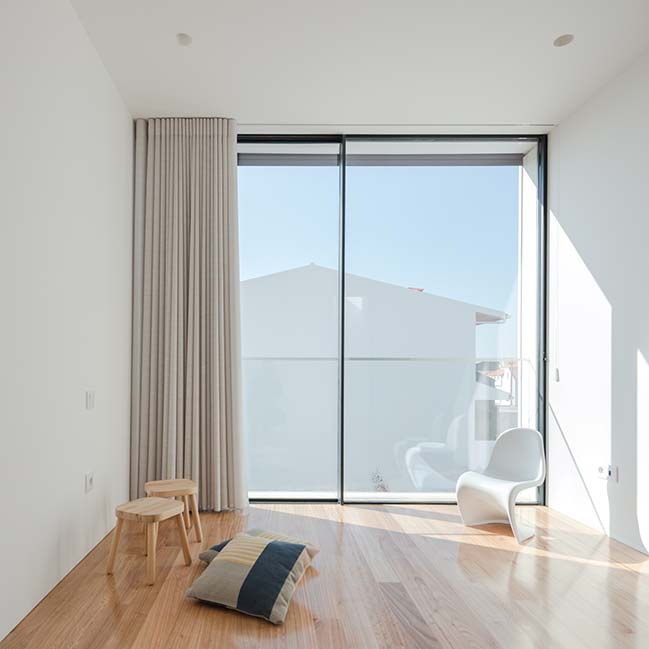 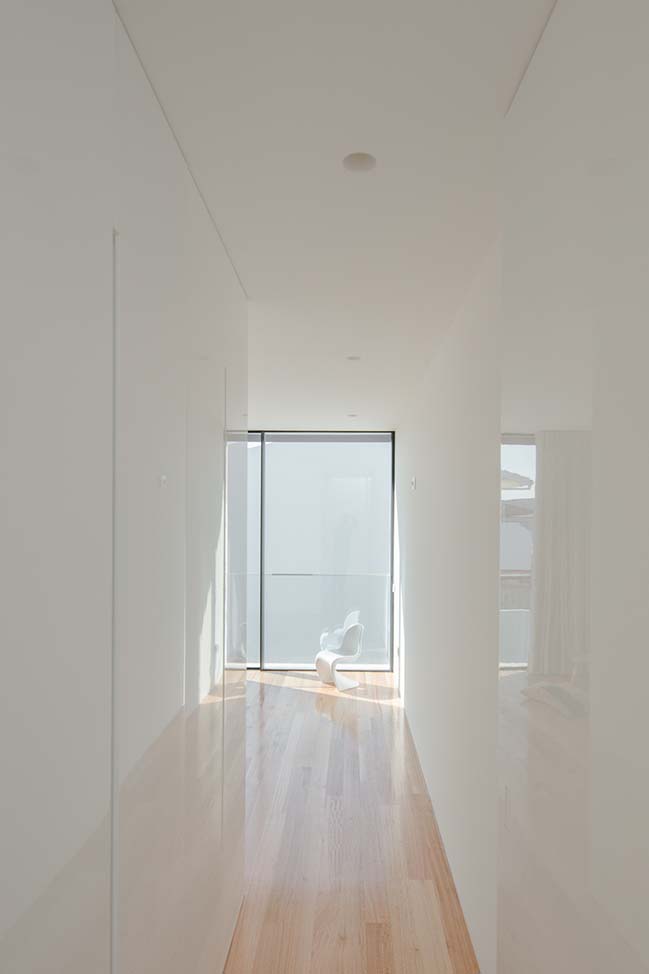 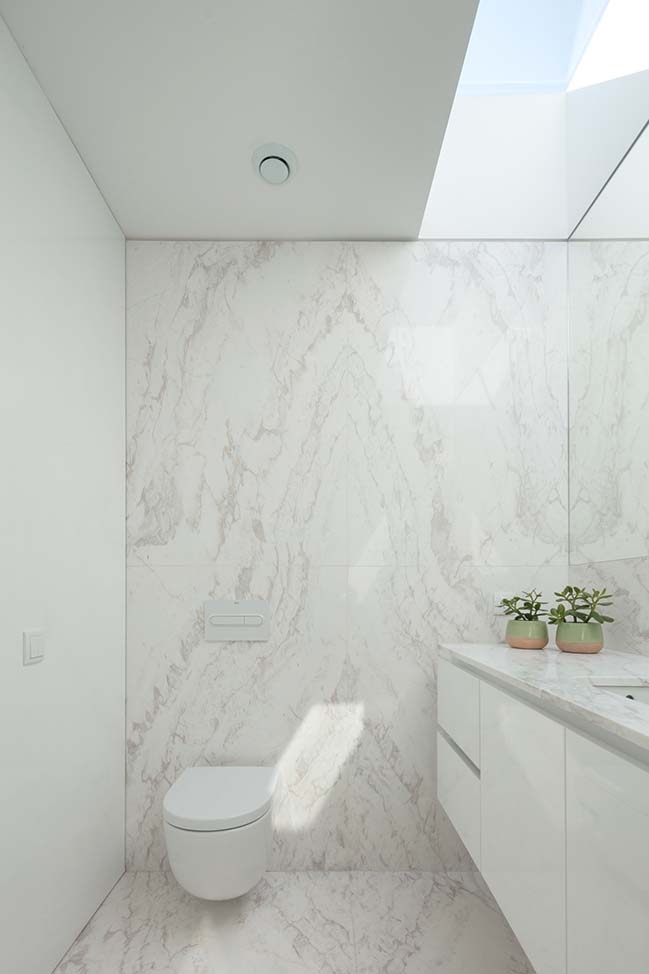 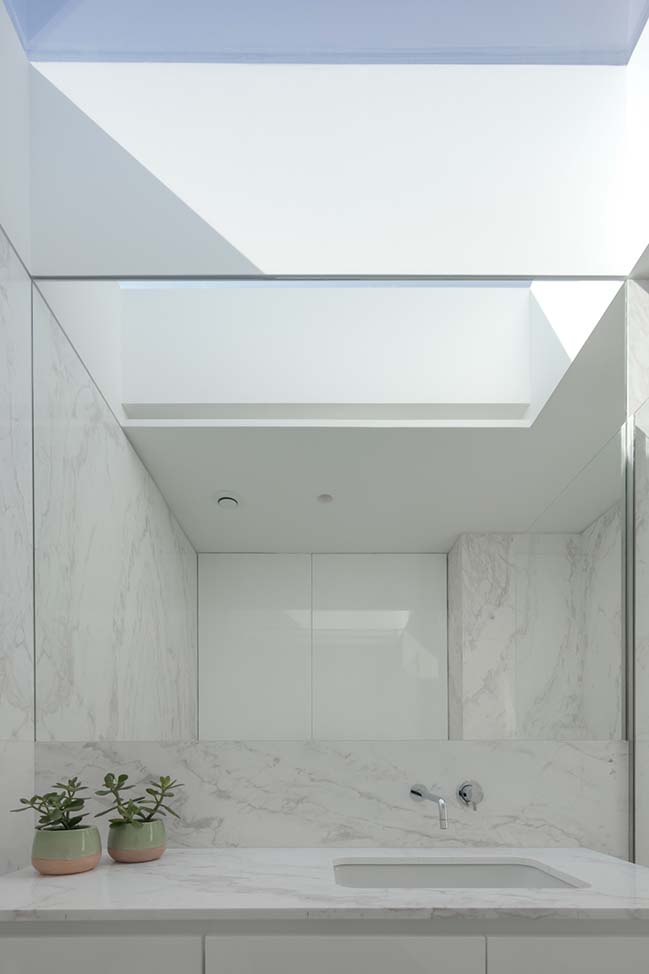 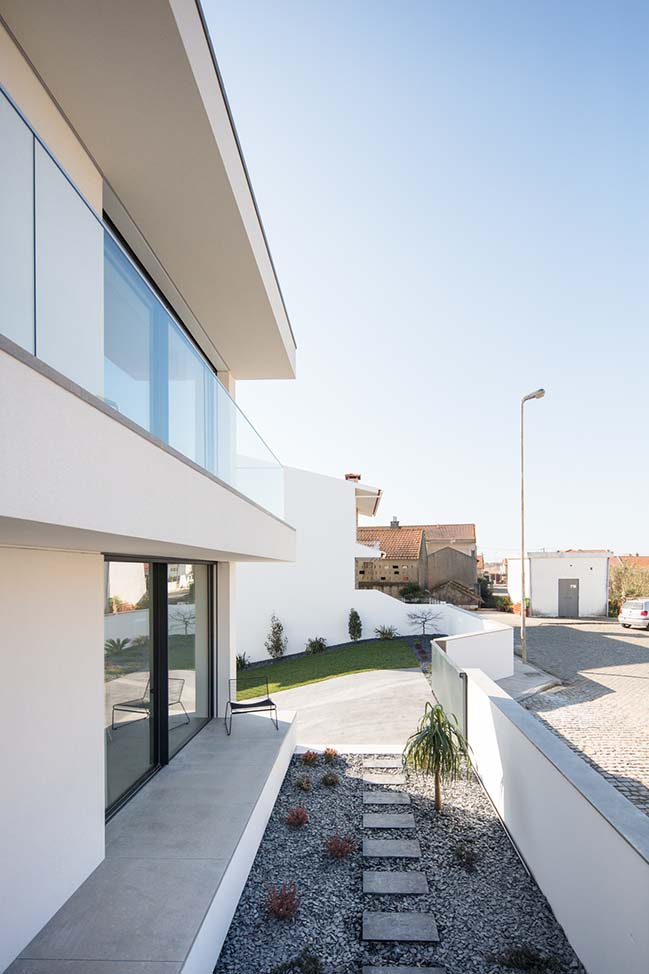 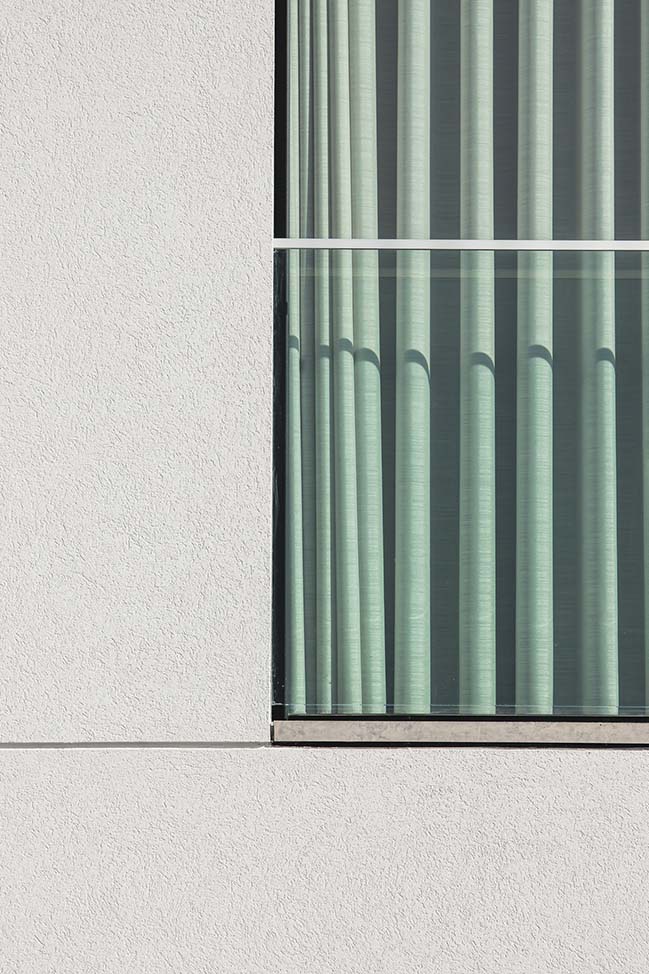 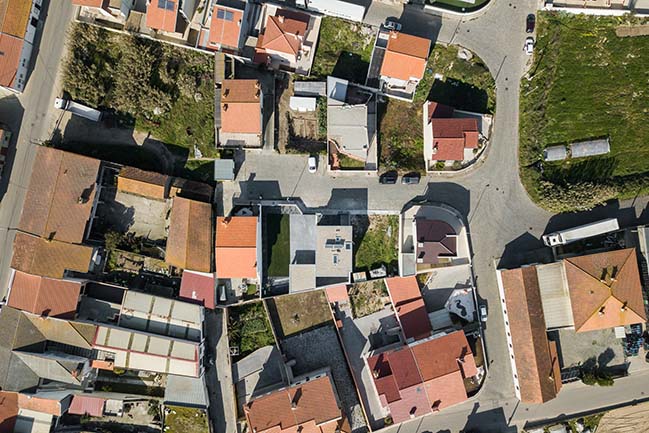 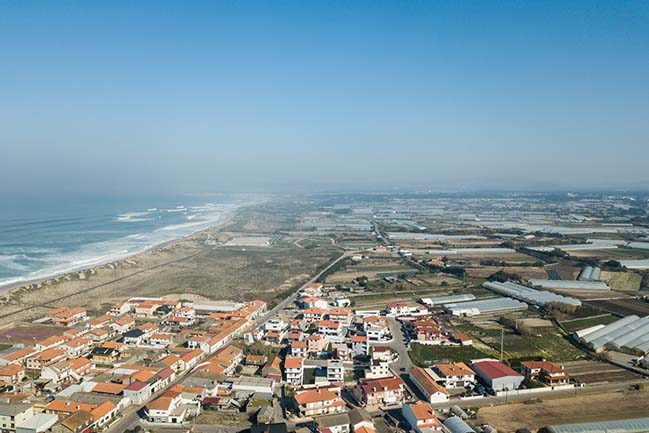 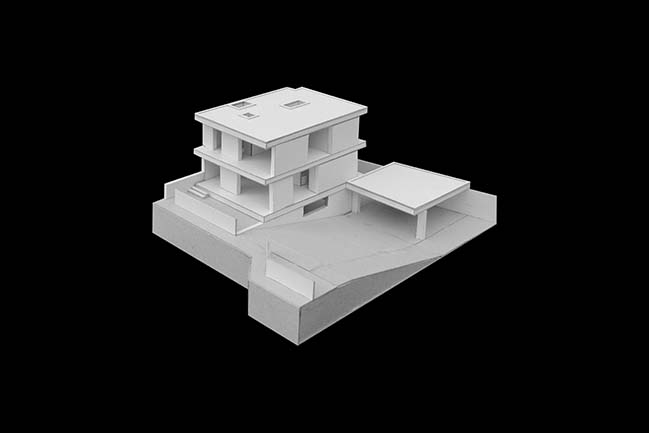 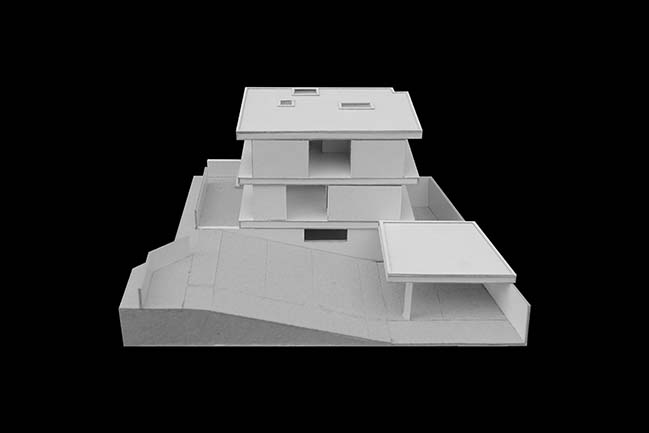 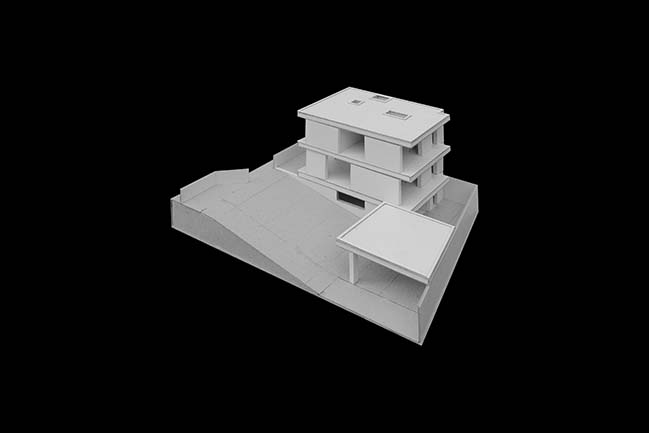 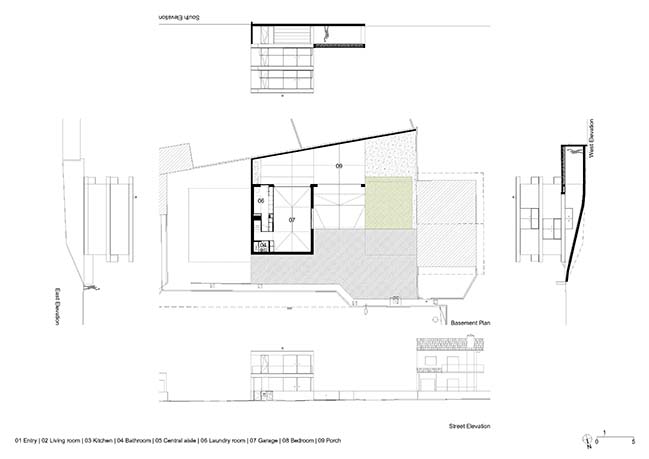 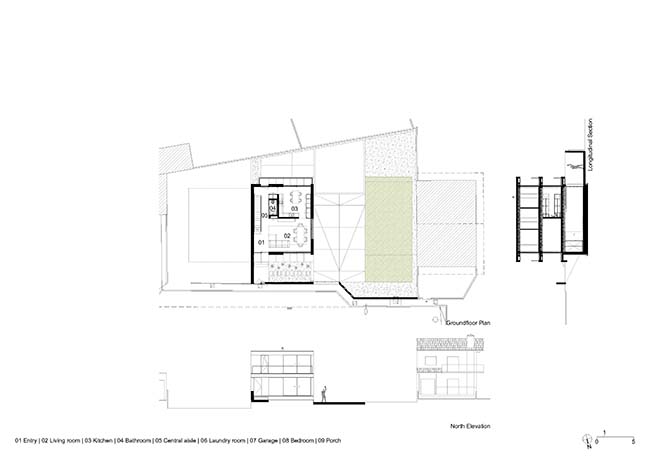 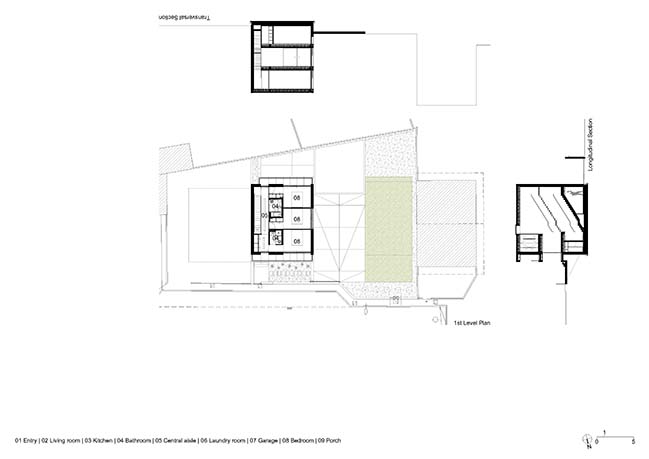 06 / 12 / 2018 Completed by Raulino Silva Arquitecto. Aguçadoura House is located in a small allotment in a bathing village with the same name in the north of Portugal

Recommended post: My House of Dream by Marcel Wanders