The objective of the project was the complete renovation and redesign of a bourgeois apartment located in downtown Budapest. 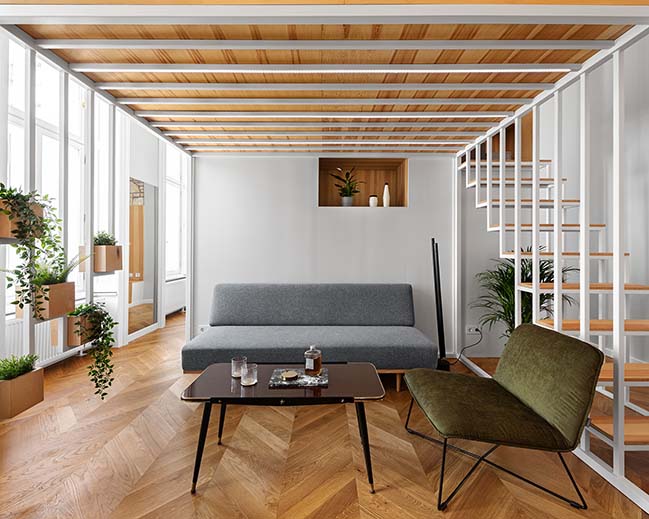 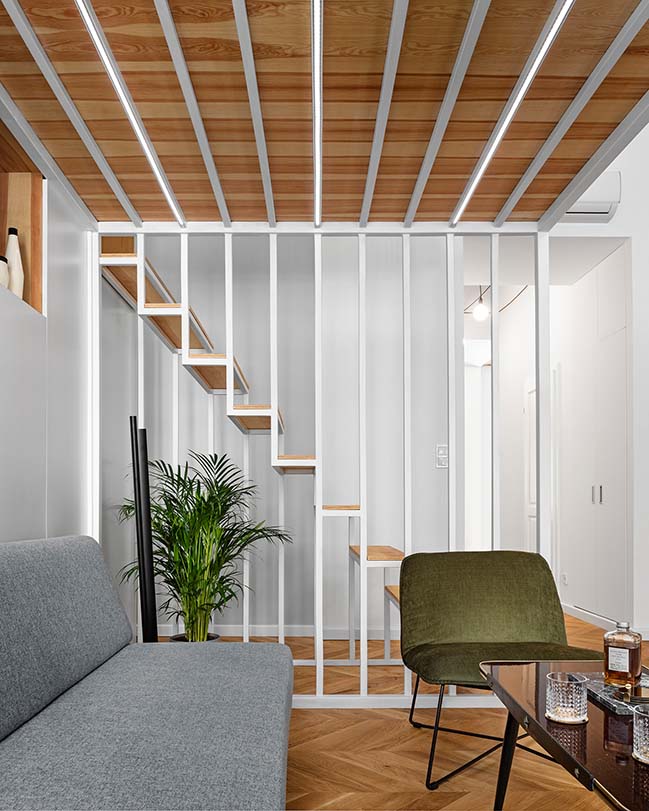 From the architect: During the design process, a clear and fresh layout was planned from a maze-like, narrow and dark property with its aim to be used as a short- and also long term rental apartment. This duality required adaptive and multi-functional spaces for a 2+2 person occupancy. 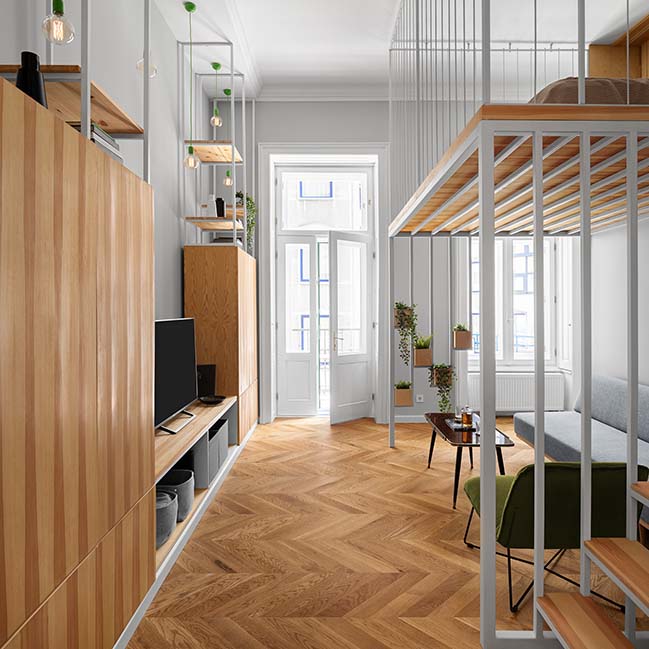 Instead of the current dark, enclosed and narrow spaces a single 40 sqm common space was opened up that creates a generous, adaptive function-system. The necessity of the gallery was important but instead of having a confined, cave-like element it was put in the middle of the space as an estrade. At the same time, it has the opacity to let through natural light, has the airiness to leave the surrounding functions working properly and also serving as a separation piece between functions. This spaceinside-aspace system provides simultaneously an elevated private space on the gallery, a lounge area underneath it, and a semi-private part behind it. It does not weight on its functions with its massiveness and lets the user perambulate around it while allowing the spaces and functions to flow into each other. This system provides the fundamentals of the freely varying functions around itself. 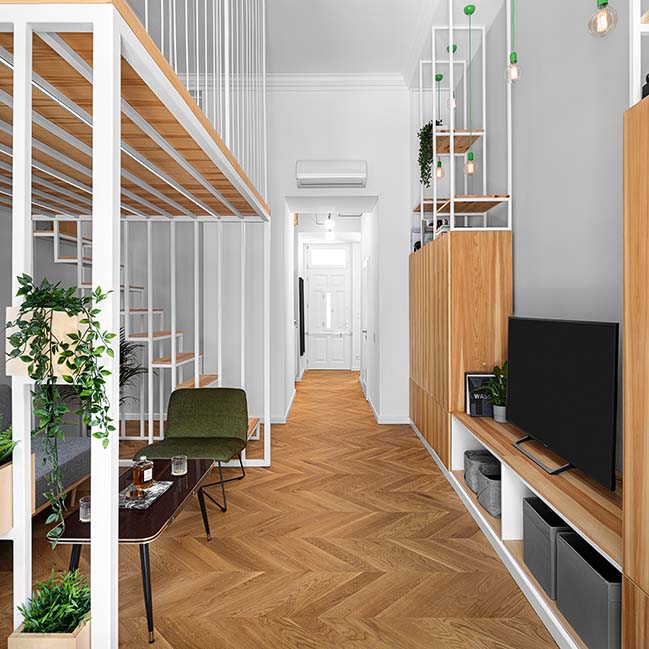 The service functions take place on the opposite side of the ‘living’ area, by the side of the building’s courtyard. It is separated by an enclosed bathroom block and a corridor from the large living space on side of the street. As a result, the apartment can utilize the natural sunlight on both sides. The narrow corridor connects the two large living spaces and the heights of the different sectors mark out and enhance the various usages. The tiny expansion of the existing bathroom allowed enough space for a spacious and generous bathroom and also for the neighbouring kitchen and dining-room. The bathroom serves as a conceptual melting point by mixing regular, geometric, raw and natural elements. 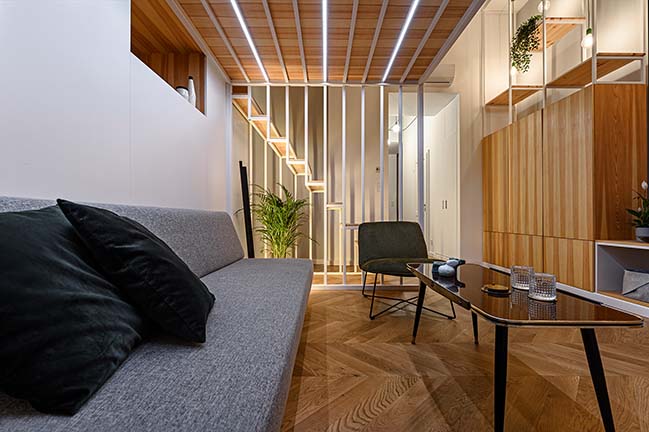 An important concept was the consistent use of the natural wooden material throughout the spaces. By this, the spaces are connected by not only in the use of colours but also material wise. The colour scheme (wood, white, grey) reflects simplicity and clarity that is complemented by a few natural brick surfaces. The powerful green motives of the bathroom appear gently in the other rooms, which joins the relatively disconnected design of this space with the other rooms. The architectural approach and the conceptual coherence played an important role in the styling of the flat. We selected all the accessories according to this philosophy, so these objects could complete the design in a wider context. 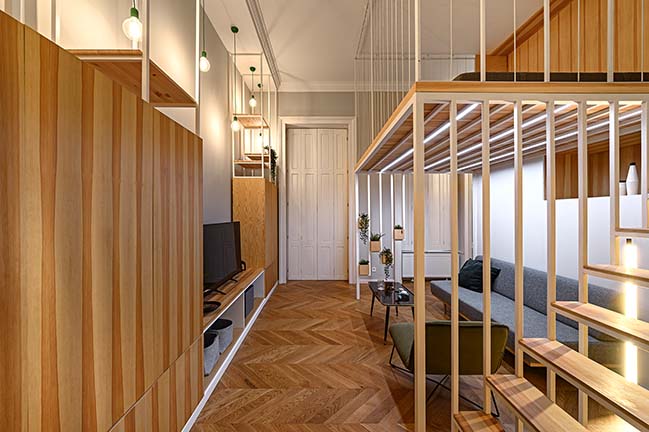 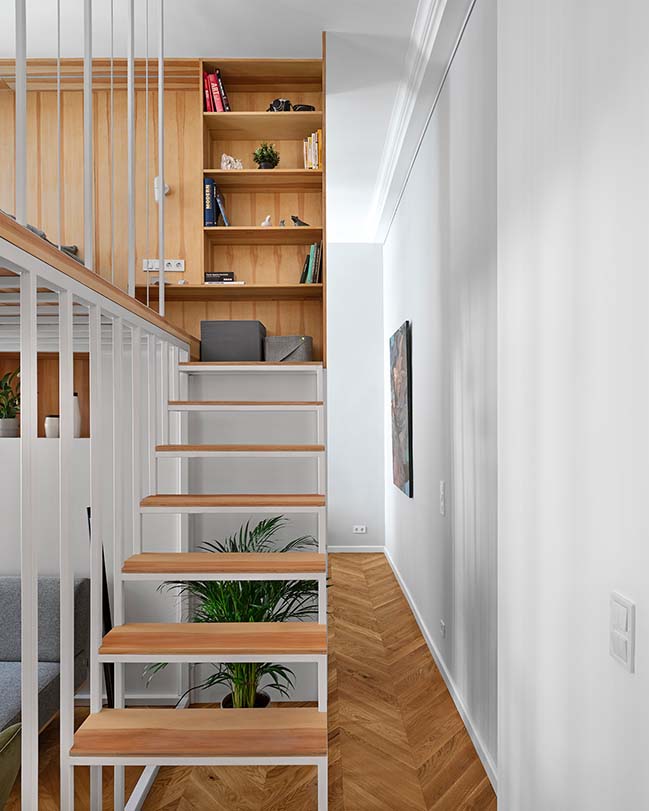 YOU MAY ALSO LIKE: Budapest Apartment by Margeza Design Studio 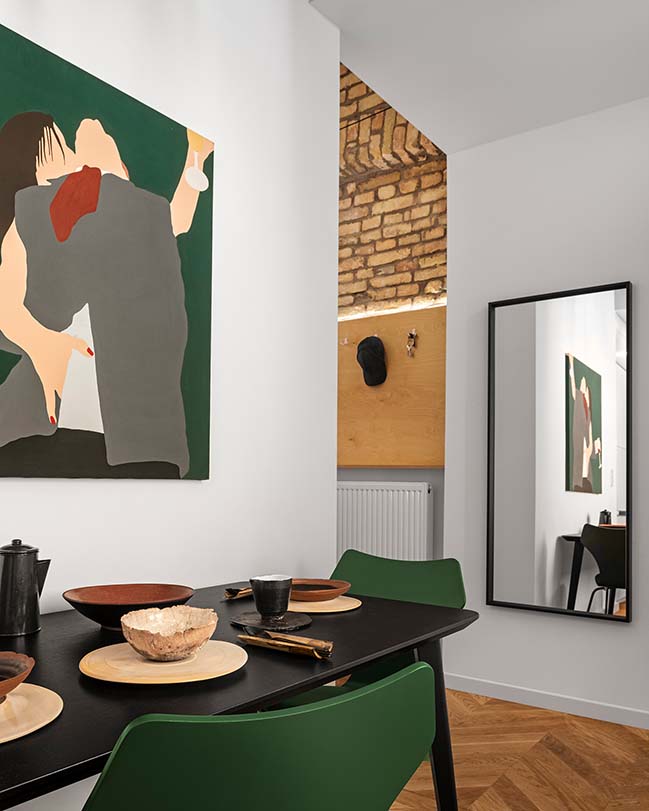 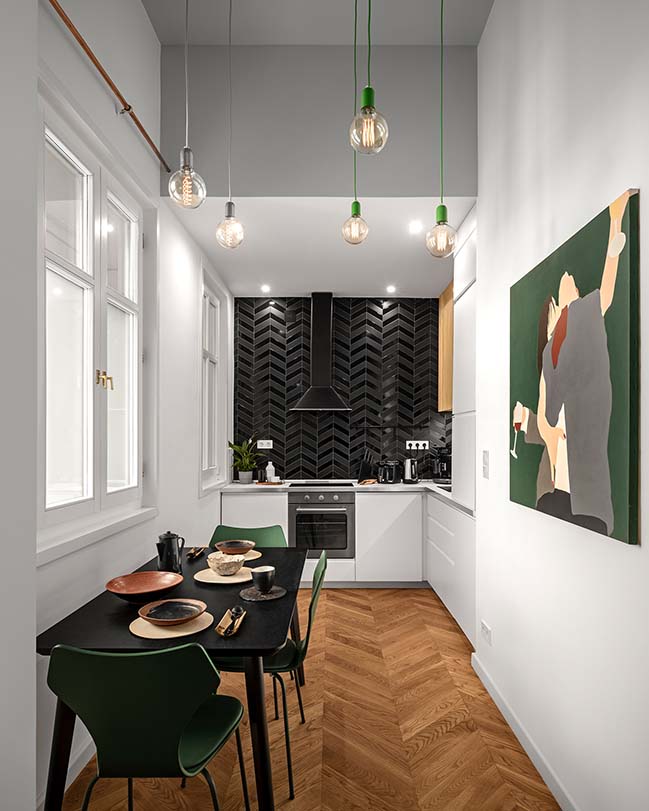 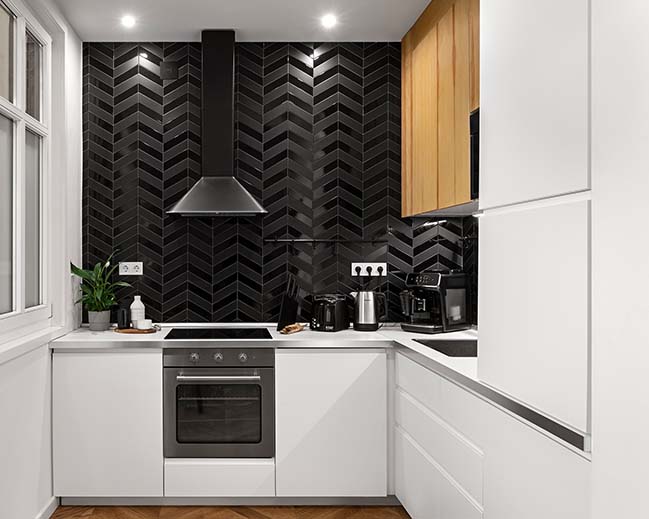 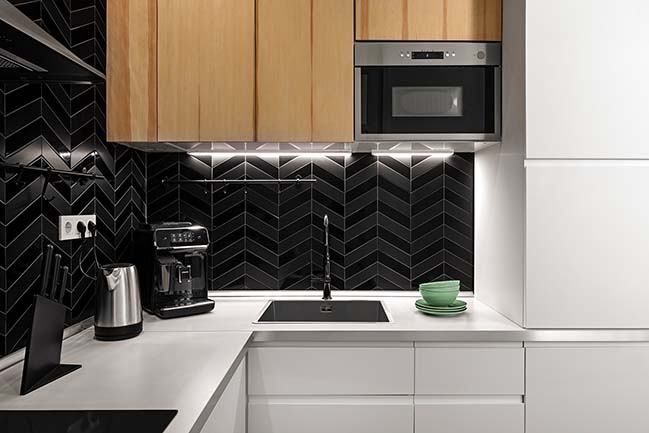 YOU MAY ALSO LIKE: Poblenou Loft by The Room Studio 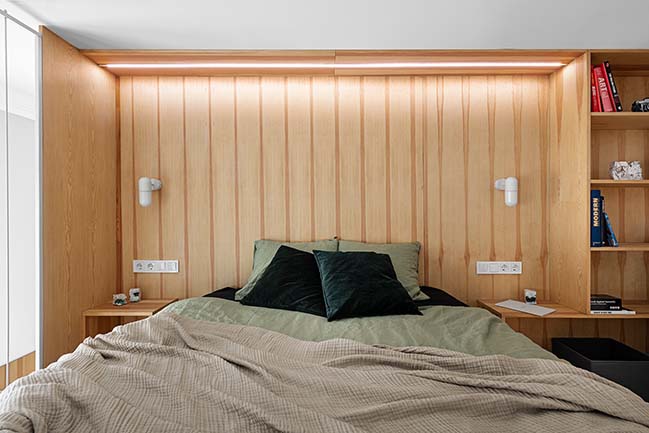 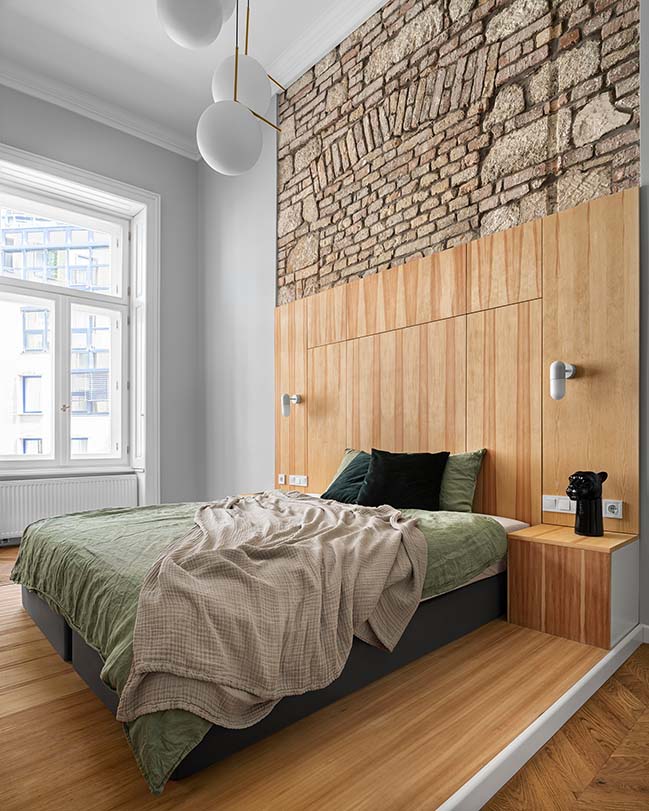 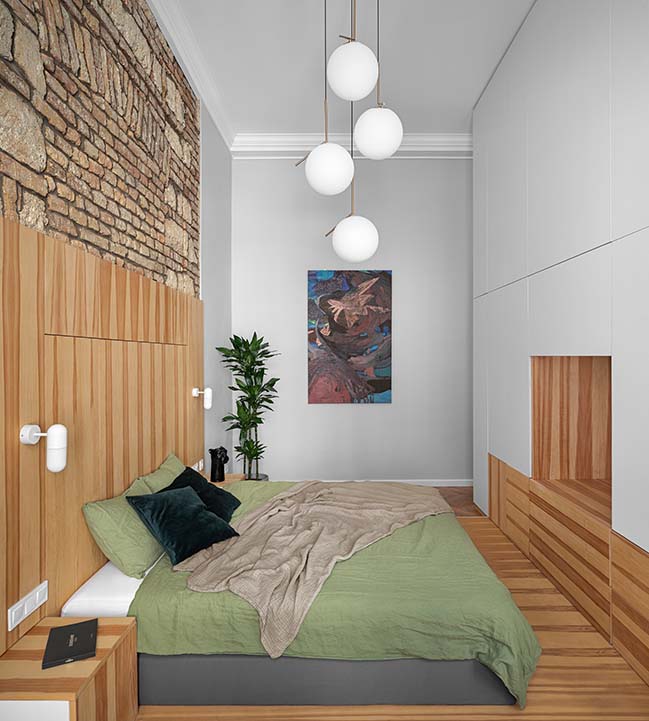 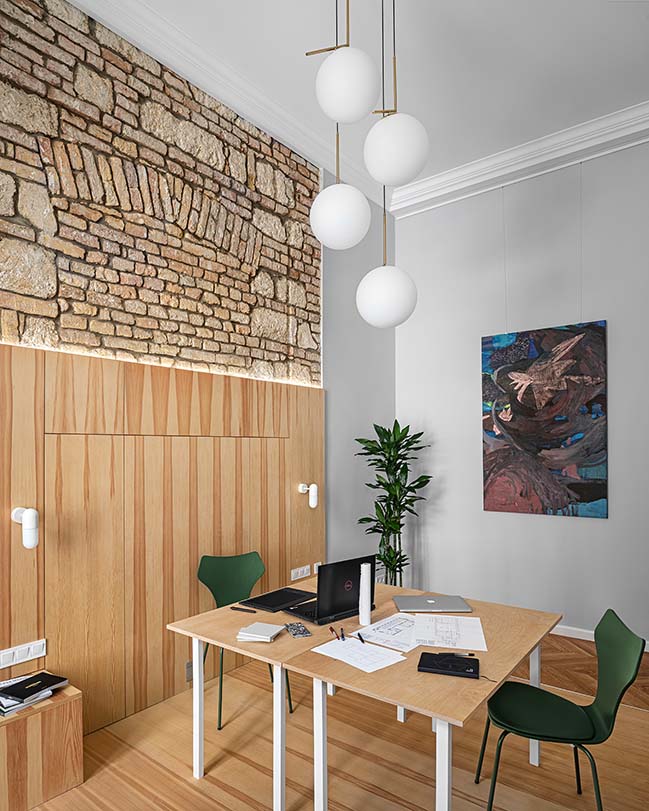 YOU MAY ALSO LIKE: The Bipolar Home by Egue y Seta 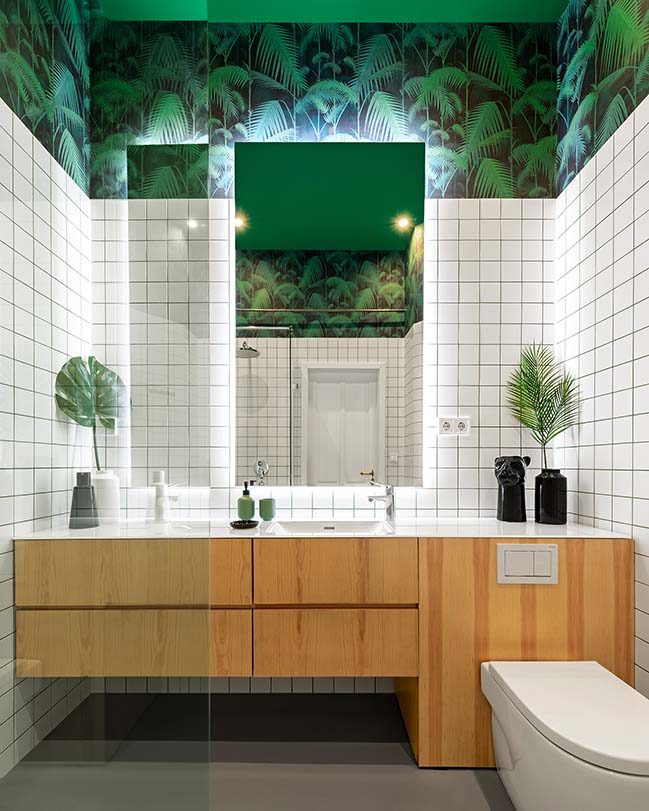 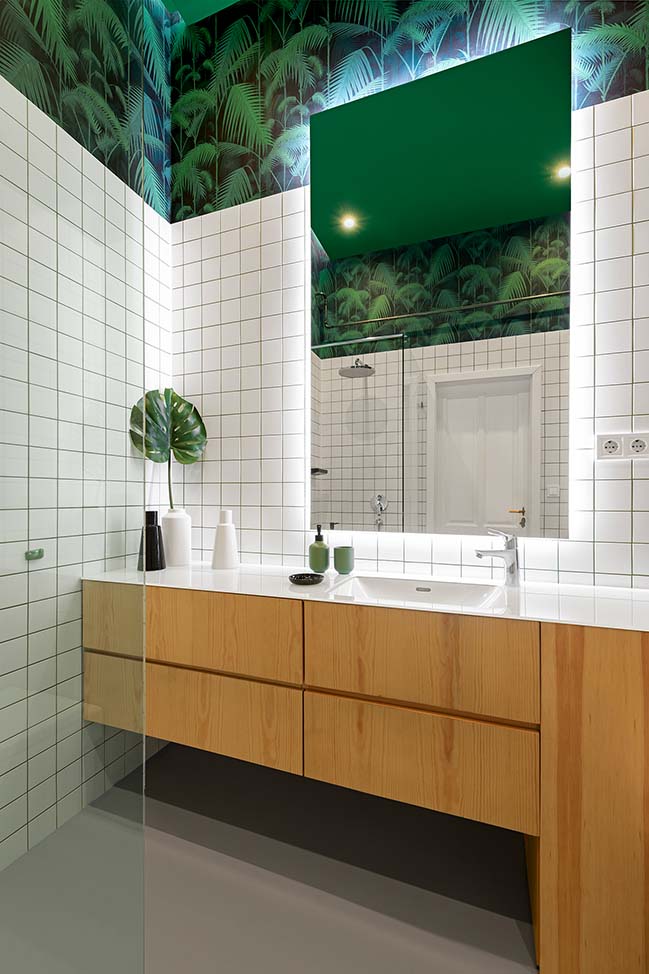 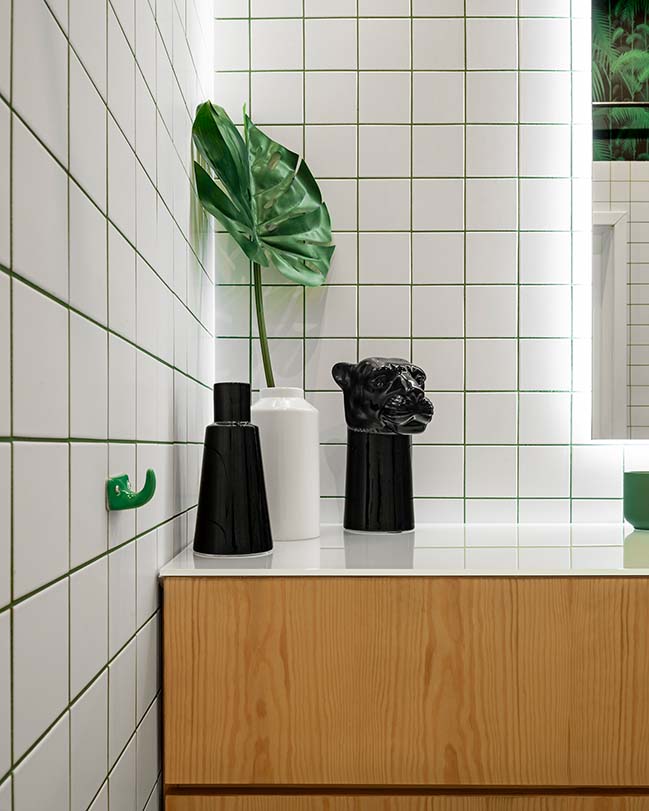 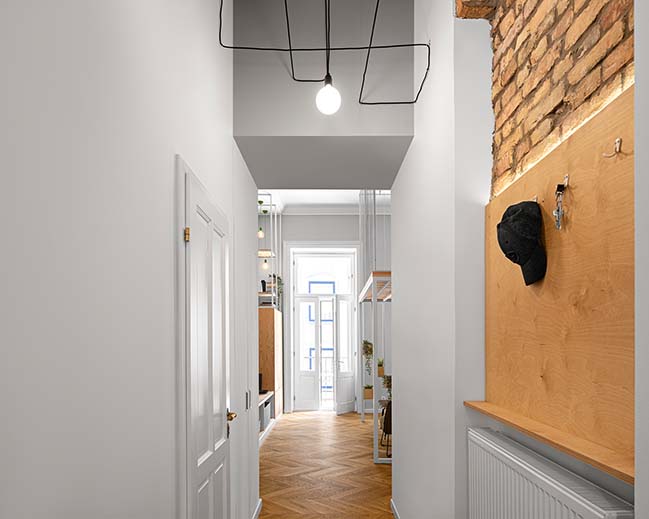 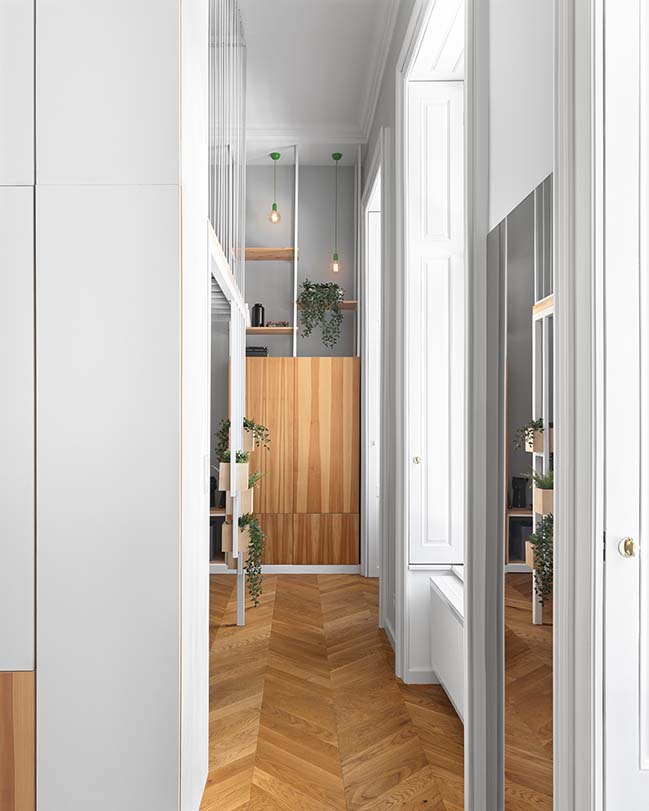 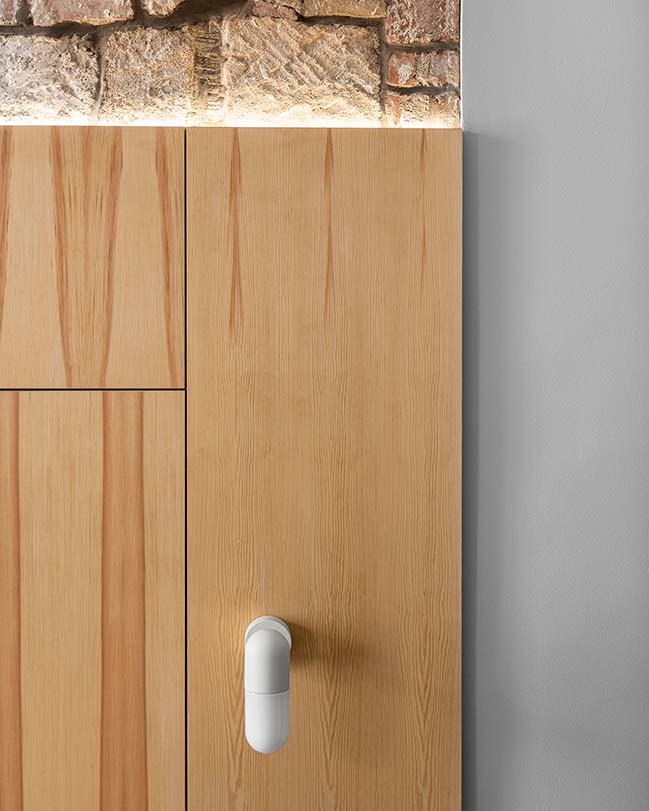 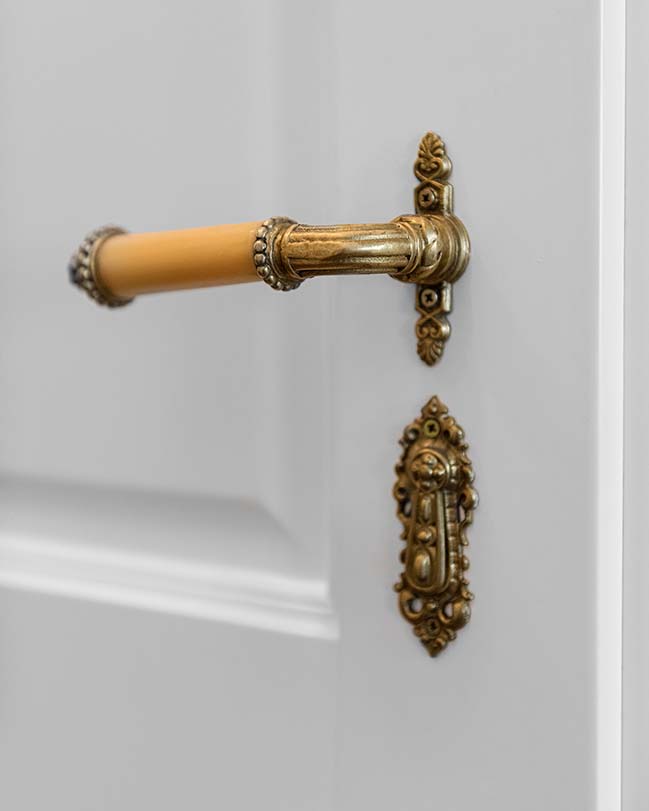 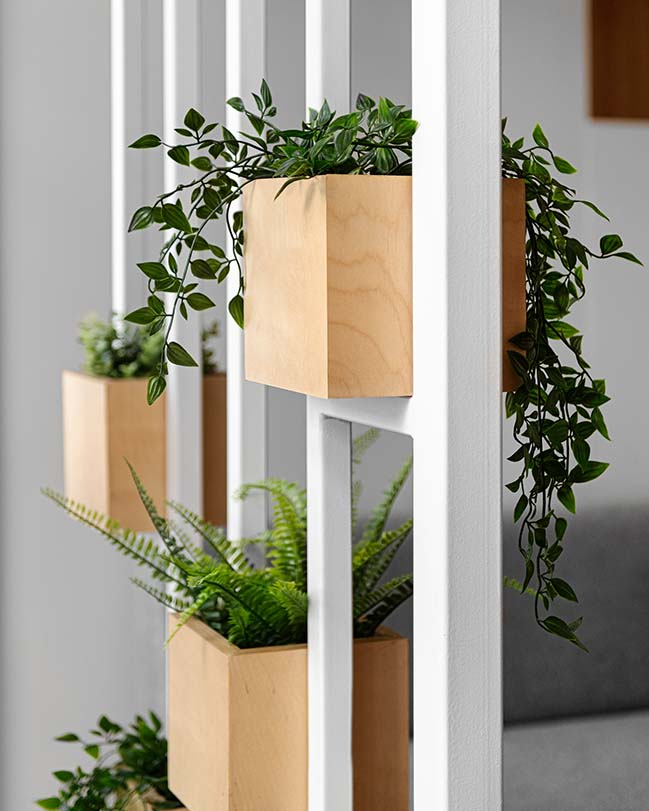 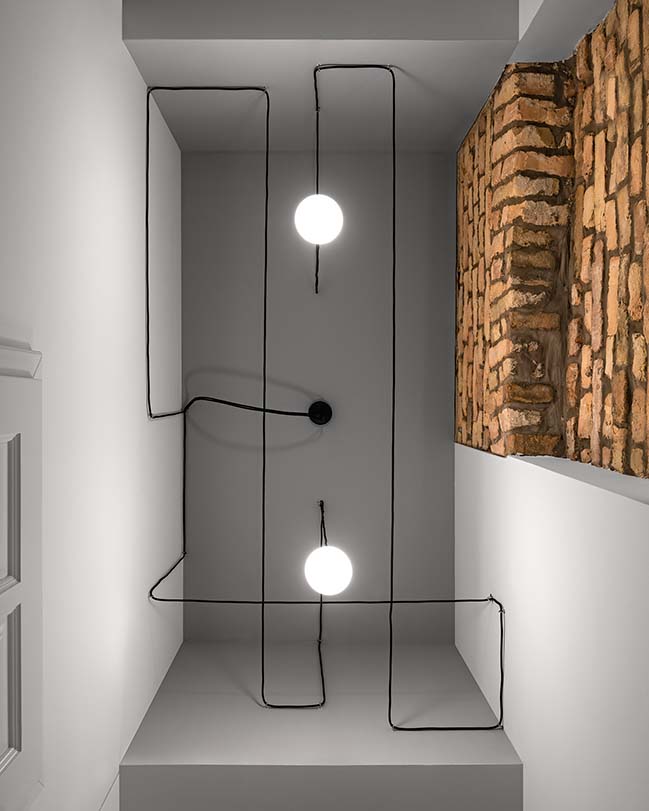 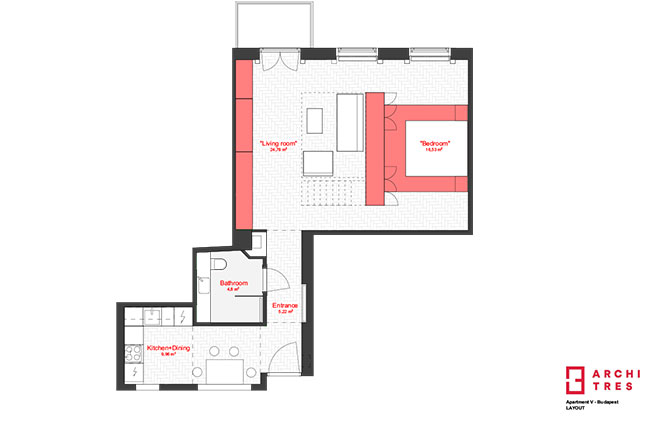 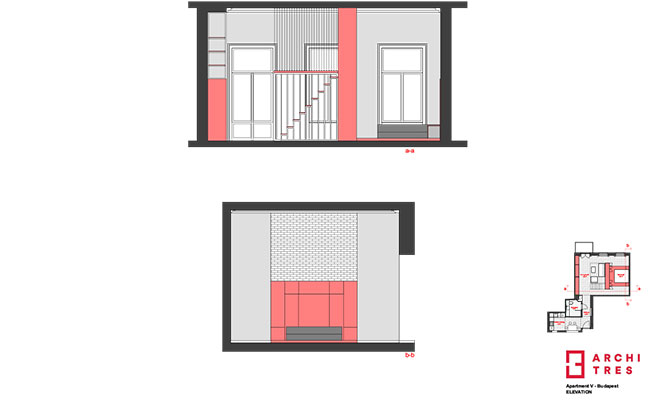 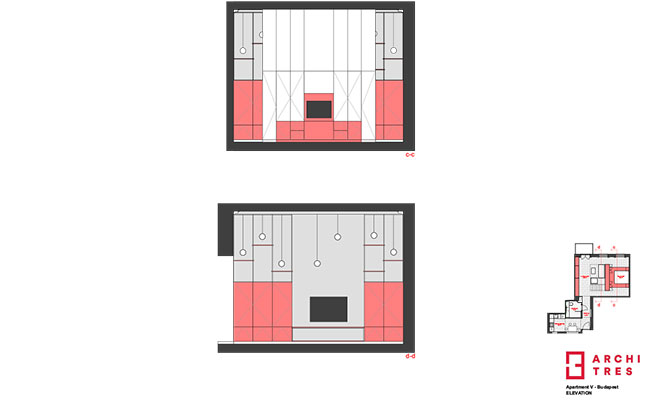 09 / 05 / 2019 The objective of the project was the complete renovation and redesign of a bourgeois apartment located in downtown Budapest... 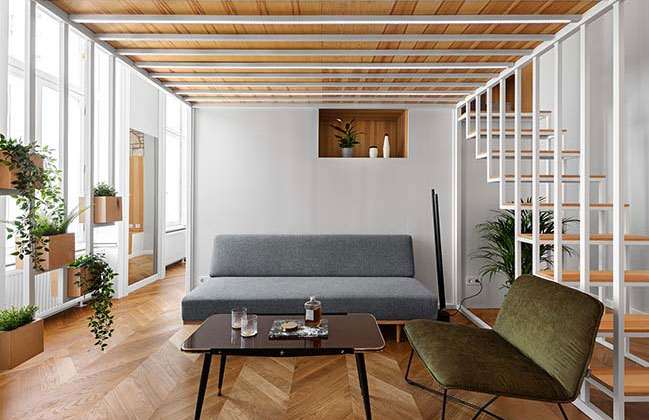