Casa SN is an attic built thanks to the intervention of a total renovation of 1940’s villa in the first hills closed to the center of ​​Bologna. 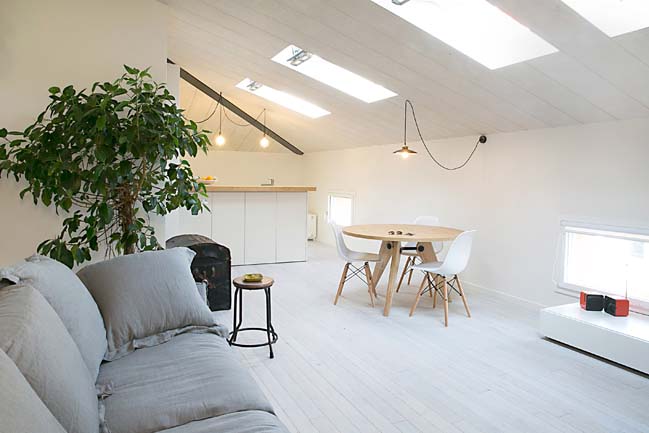 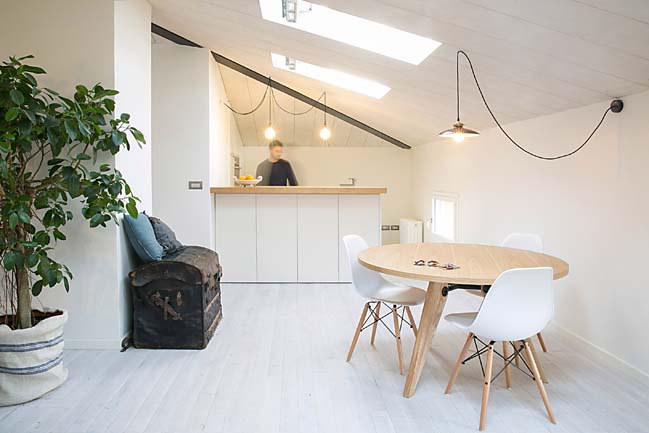 From the architect: The light passes through the many windows both from the walls and the roof and is reflected on the white surfaces of furniture and finishes, expanding the space a lot. The bleached wooden floor, the roof panel covered with light gray and ocher veils and the white walls create a box that acts as a passepartout where both custom-made furniture and industrial furnishings are emphasized. The heart of the house is a large open space where the living area and the kitchen, overlooking the dining area, are located. The kitchen, as well as all ad hoc furnishings, has been conceived as a functional and plastic block that adapts to the context. Every fixed furniture - in white opaque - has been crafted artisanally by the carpenter on a specific project, going to be embedded in architectural volumes, supporting the slopes of the roof. Few pastel-colored notes break the general tone of the environment. In the bathroom was chosen a mosaic floor with small hexagonal tiles in old pink color that recalls the original ceramic coating of the villa while a light blue stucco was chosen for the wall. In the bedroom a wall was not plastered and left with the brick face to face just going to blend the original color with light white. An informal solution was adopted to illuminate the rooms of the house playing with electric cables of suspended lamps, creating a sort of slim black decor in the air. 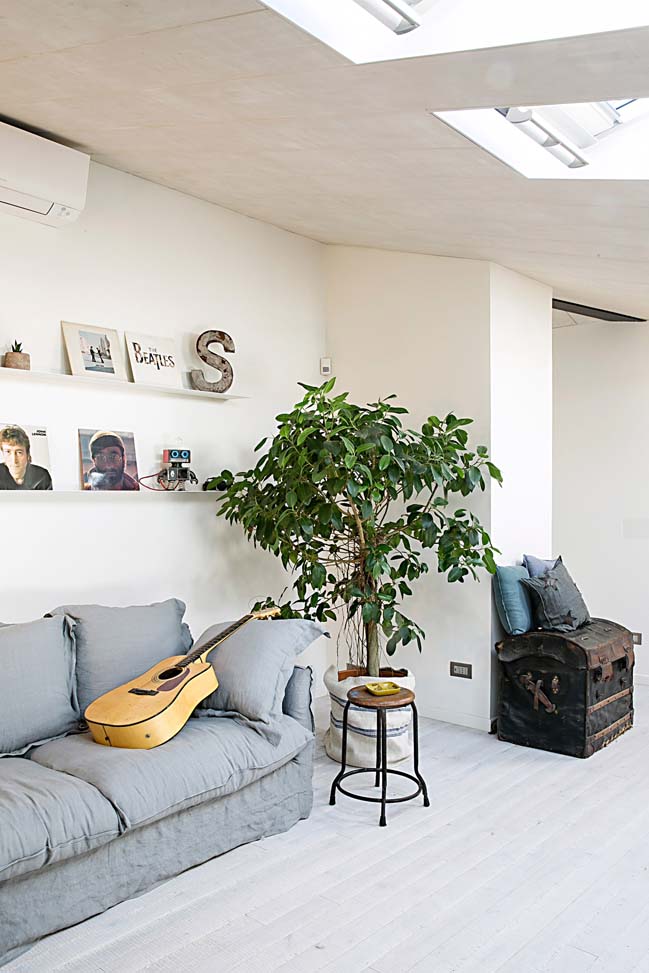 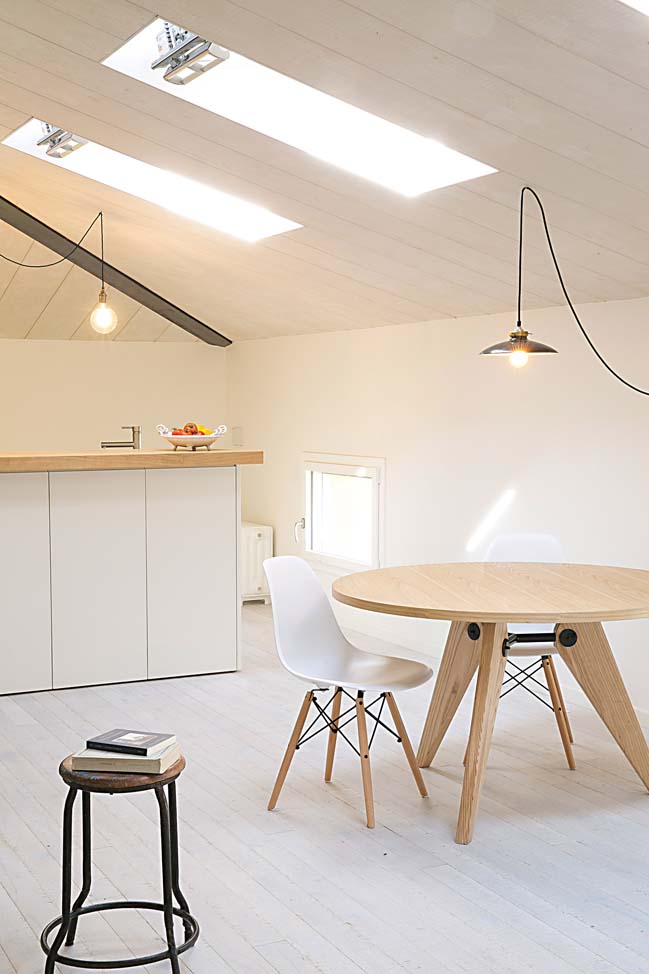 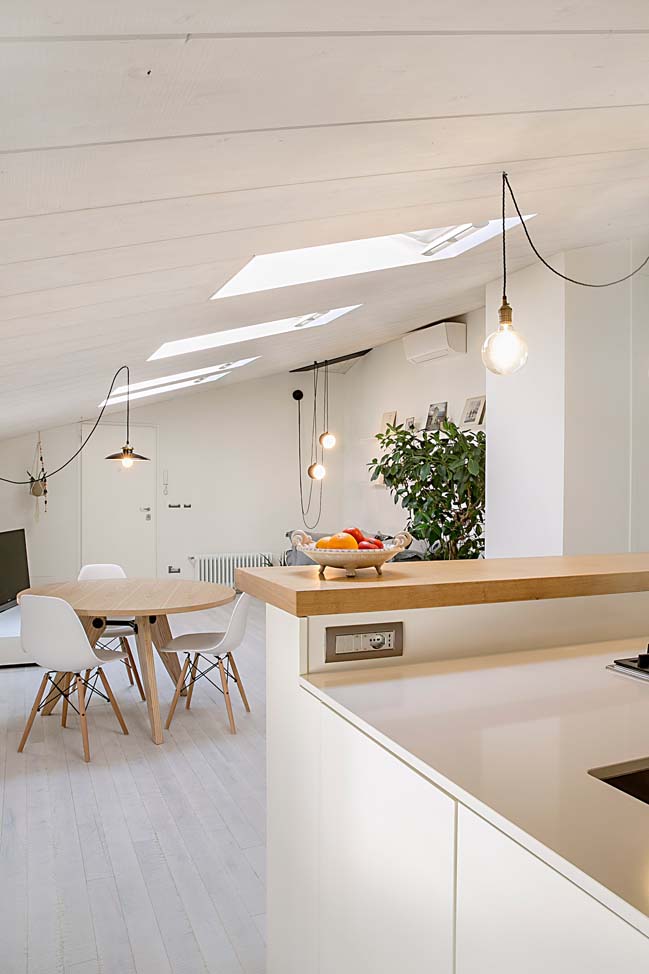 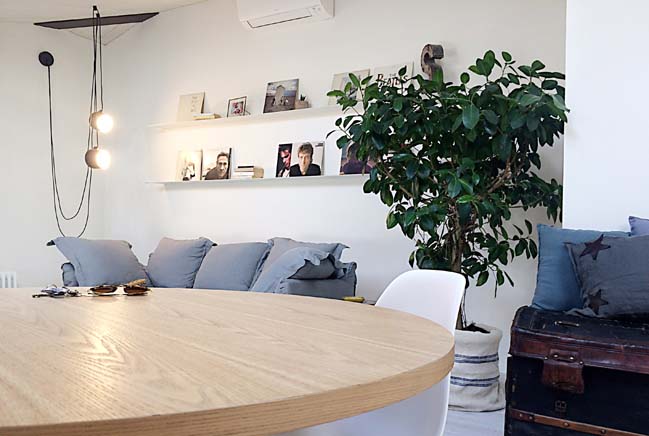 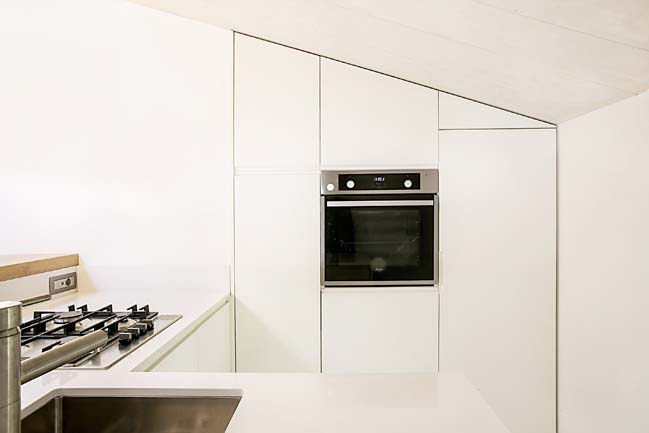 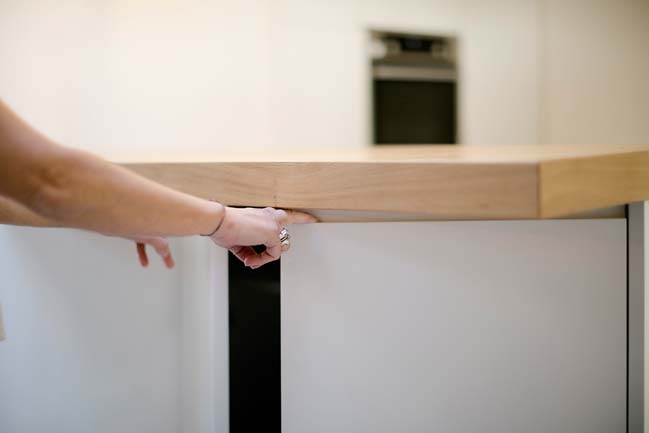 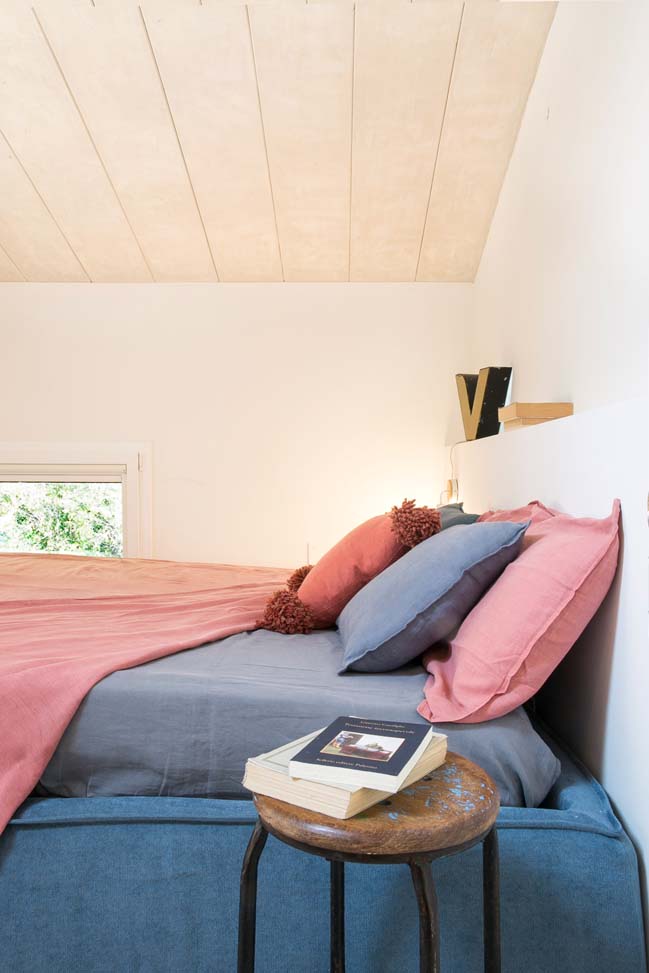 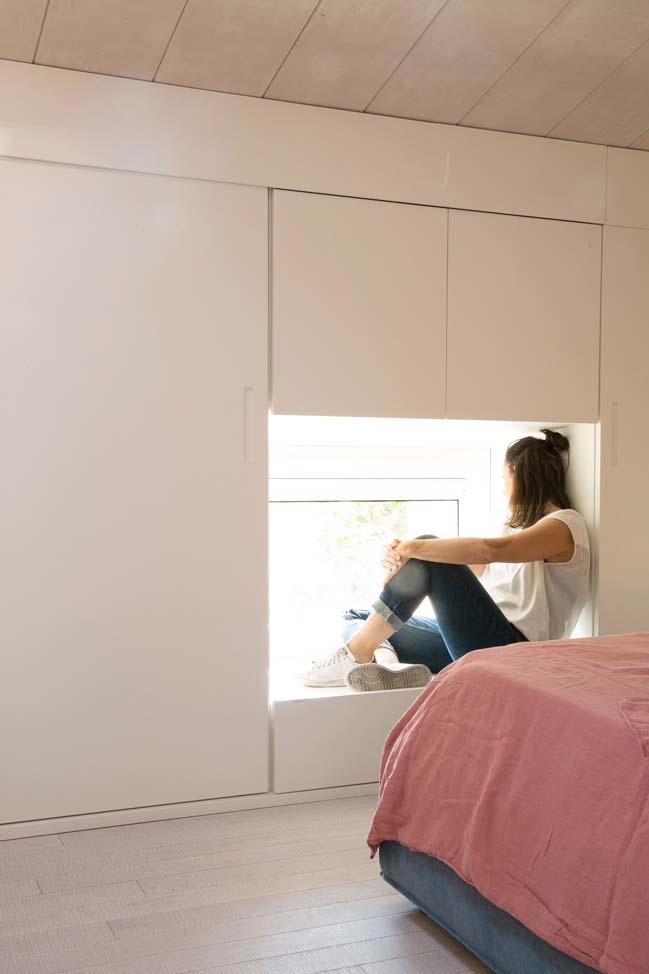 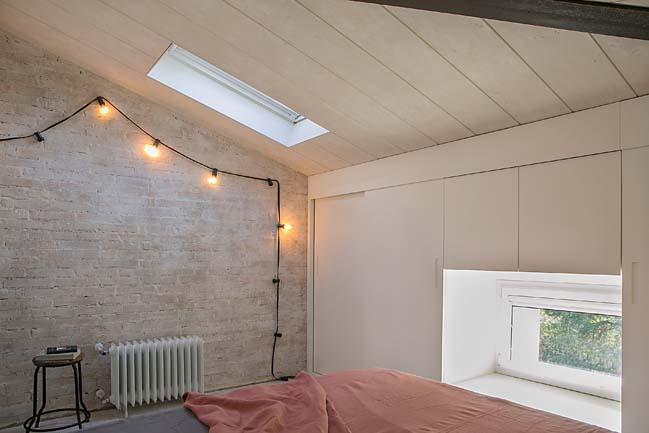 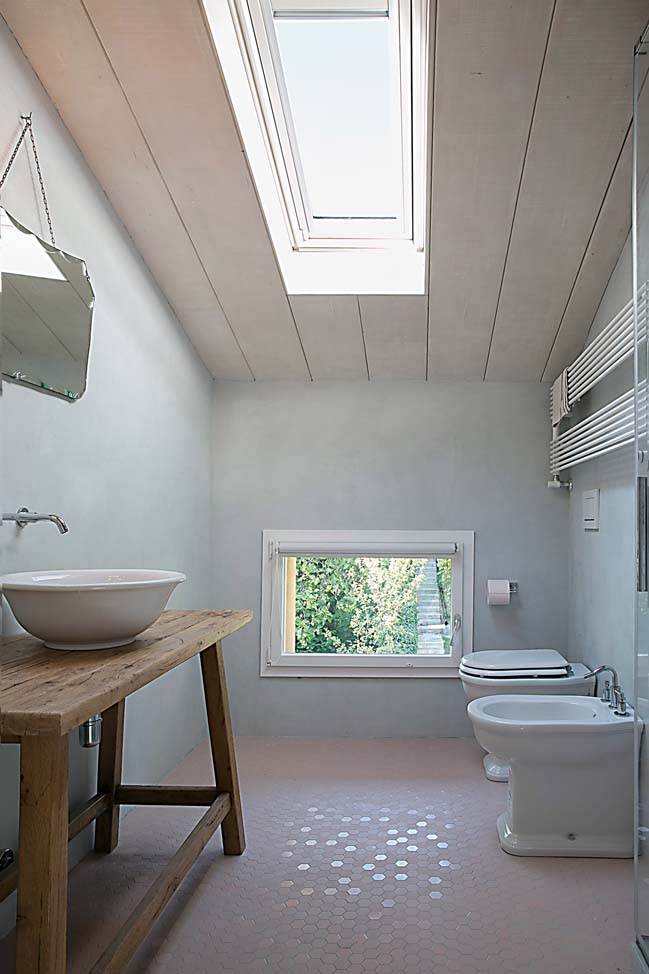 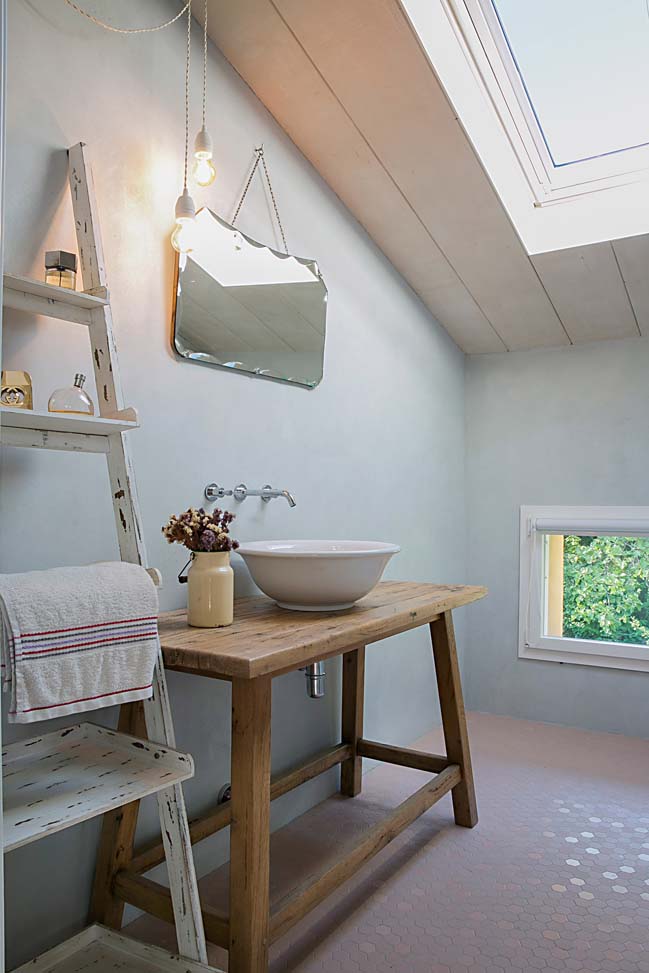 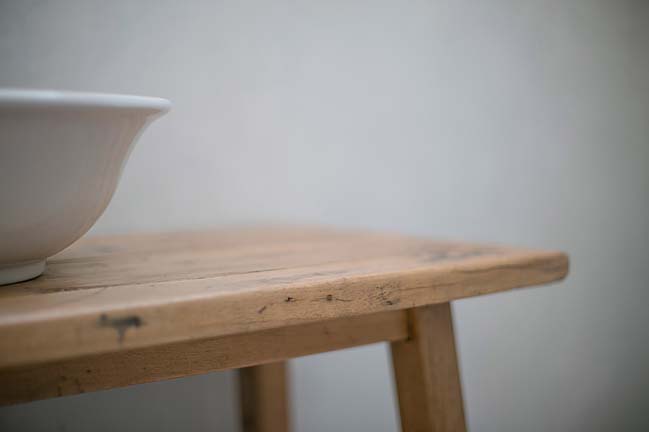 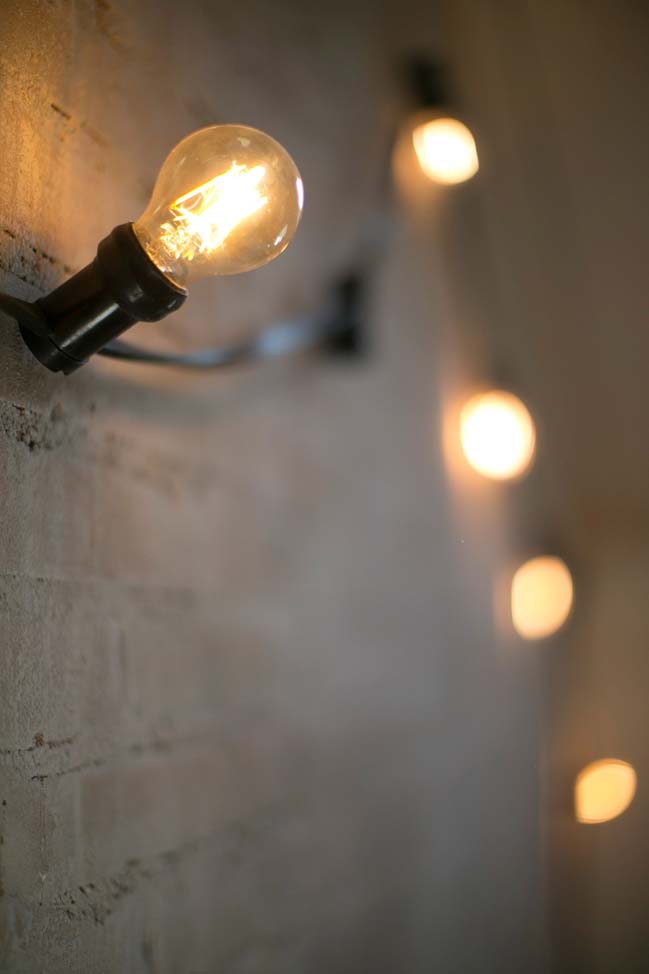 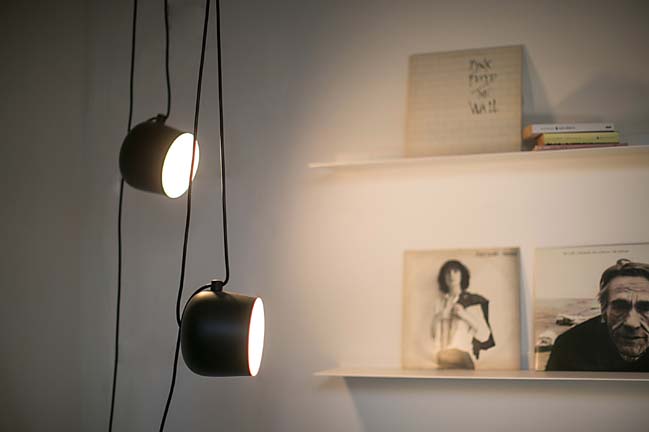