Cloud Cuckoo House is a private residence which was designed by UberRaum Architects to create the modern house floats above the clouds with a magical view  across the fairytale landscape of the Upper-Rhine area when fog drifts into the valley. 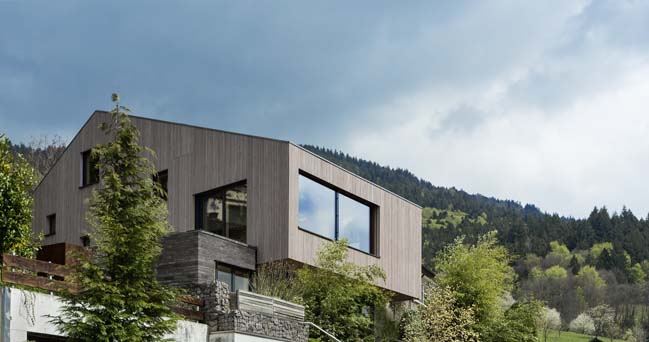 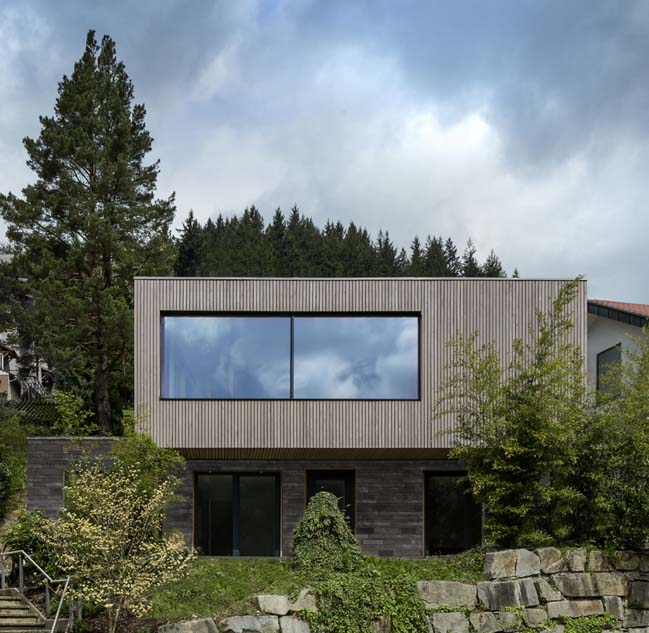 According to the architects: The steeply-sloping site was home to a humble suburban detached house, which the occupants had outgrown. Part of this was removed, leaving a one-storey concrete plinth which houses new rooms and the new building now soars above.

This new prefabricated timber structure sits atop the plinth, providing an a series of open-plan living spaces under one big roof. An eight-metre wide gallery window gives panoramic views 50km down the valley. 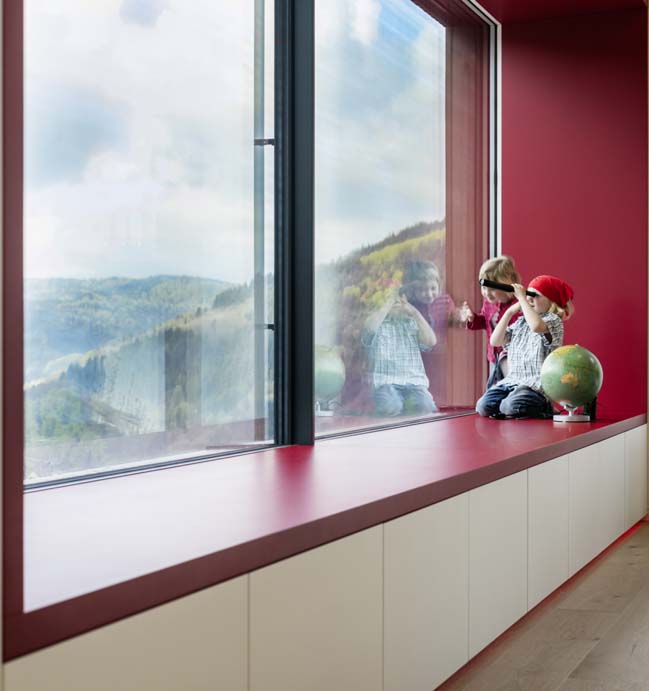 A large void was cut through the roof of the plinth, and a continuous oak staircase inserted to flow through the house. This staircase canyon leads out at either end into the natural beauty of the Black Forest. 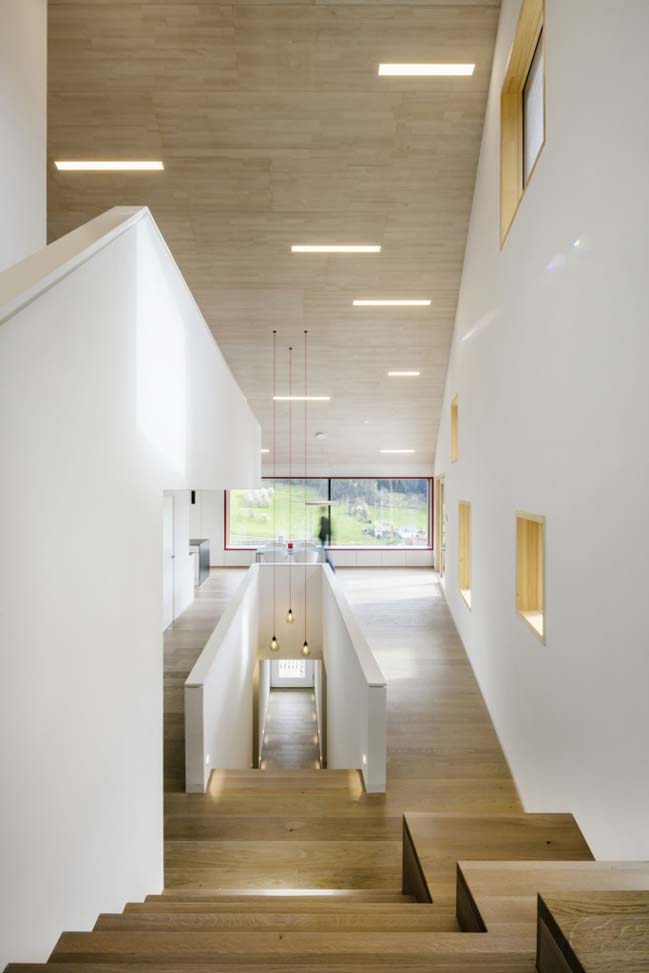 The house grows out of its steeply sloping mountainside location, with rooms and spaces cascading down the hill, creating a living landscape of terraces on different levels, all under one roof. 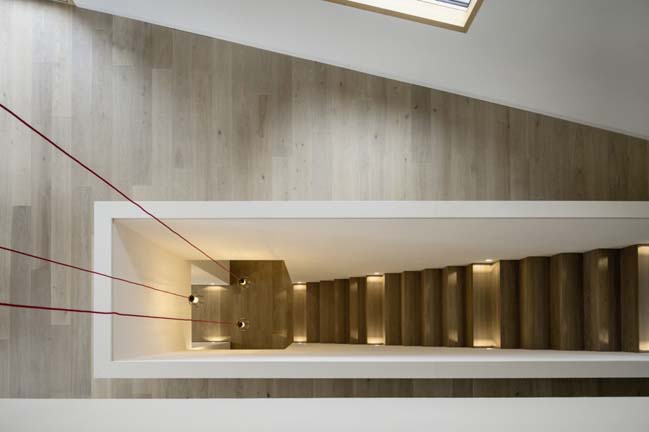 The interior is lined with picture-frame windows of varying sizes, giving different views of the landscape. These windows create an indoor exhibition of the Black Forest; Cloud Cuckoo House’s setting shaping its character. 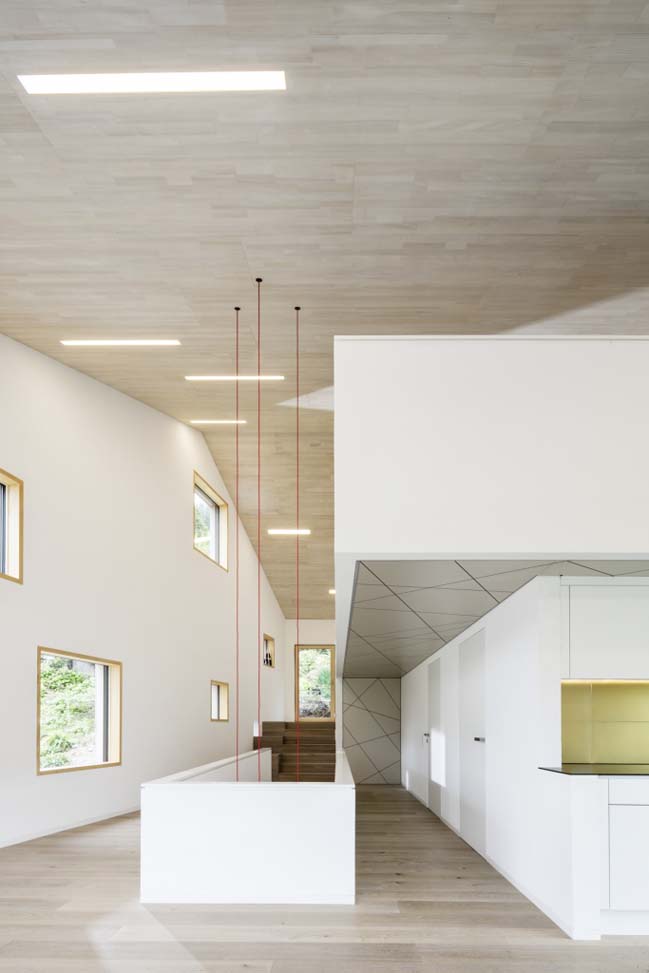 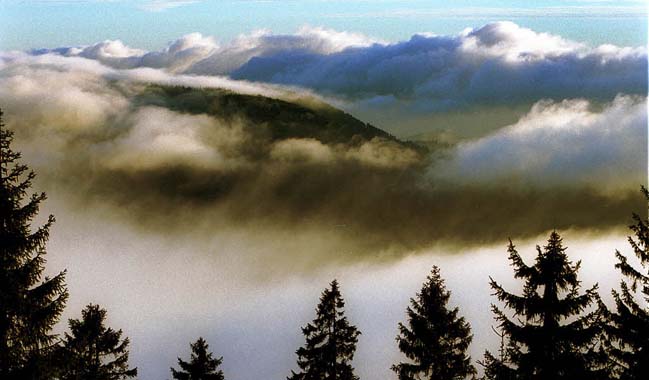 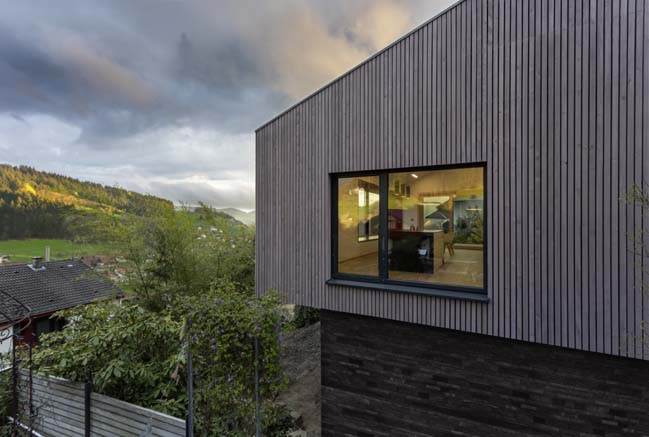 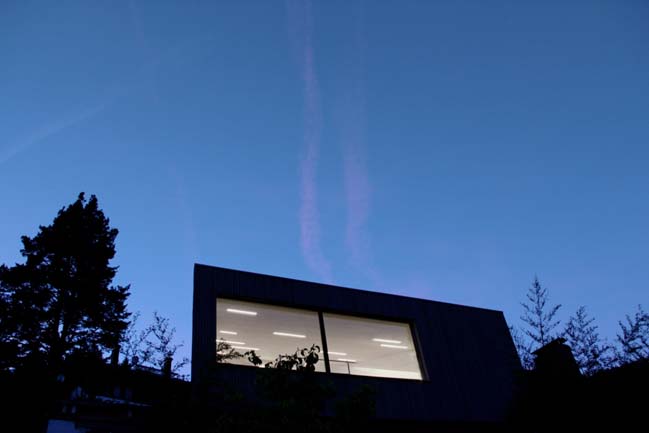 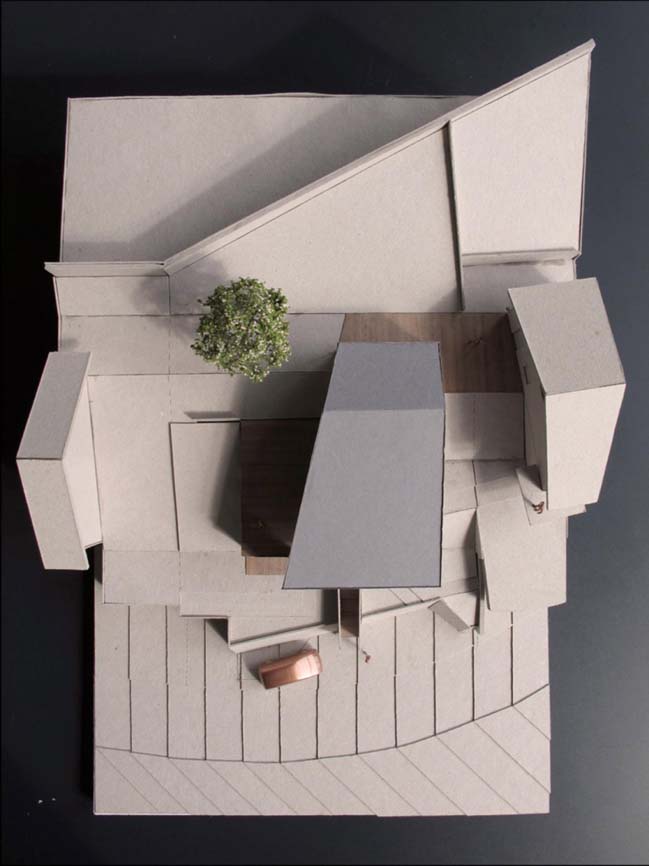