Brain Factory has been completely redesigned an apartment in Rome that was projectively reinforced by a wall painting, laid in the living room and in the bedroom, on a diagonal pattern. 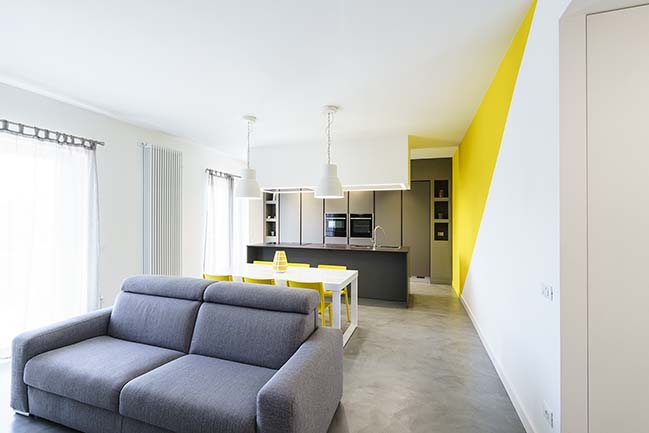 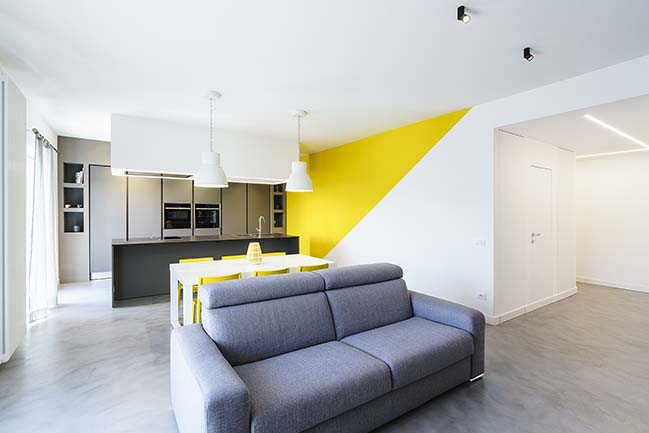 From the architect: The creative concept used in the design and construction of this 100 sqm apartment located on the outskirts of Rome plays on the distortion of the definition of visual cone, ability that the human eye has in including the object to observe, based on the distance but also on the dimensions, in a scientifically optimal angle between 30° and 40°: this natural process was projectively reinforced by a wall painting, laid in the living room and in the bedroom, on a diagonal pattern. 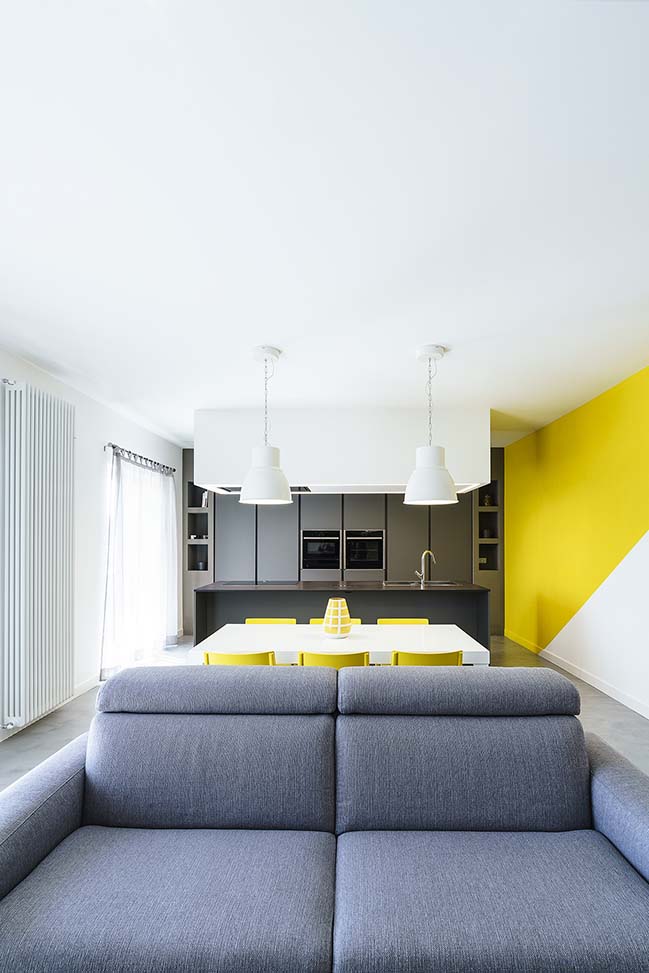 The observer in both the environments is visibly captured by it and the same reading of the project takes place by layers, starting from the directionality of the diagonal on the wall, passing to the intense yellow color of the living room or to the pink color of the master bedroom and only later to the reading of the context. The glance of the wide open-space is mitigated by an entrance that gradually widens the perspective: this also thanks to the directional lighting effects obtained by LED at ceiling. 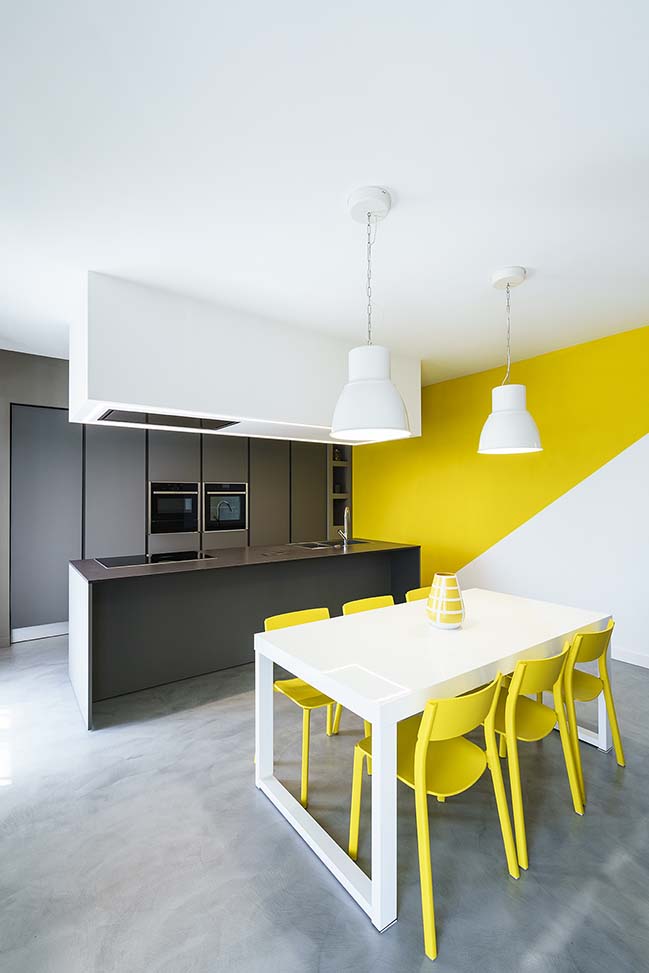 The plan of the apartment has been completely redesigned to make the most of the space and get not only the open space, but also two bathrooms and two bedrooms. Minimalism and rigor are at the base of the choices of furnishings as well as in the architectural functionality of the spaces. Among the materials used there is the choice of floor-mounted micro-cement and, only in one of the bathrooms, on the wall, which gives a decidedly industrial tone and visual continuity. 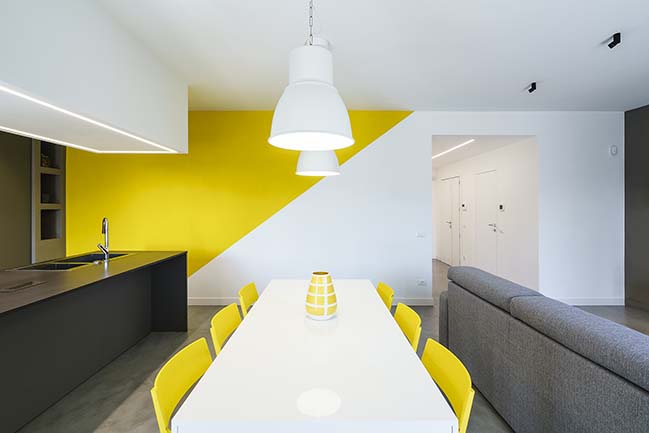 The master bathroom is characterized by a central totem with a double function: on one side it accommodates the double-basin sink in fenix and on the other hides the wc and the bidet emphasizing privacy of the ambient. The shower, deliberately raised up on steps, is characterized by a satin-finished glass that stands out on a cut of artificial grass on the floor: the back-shower is illuminated by an RGB LED strip that gives relaxing and suggestive light effects. 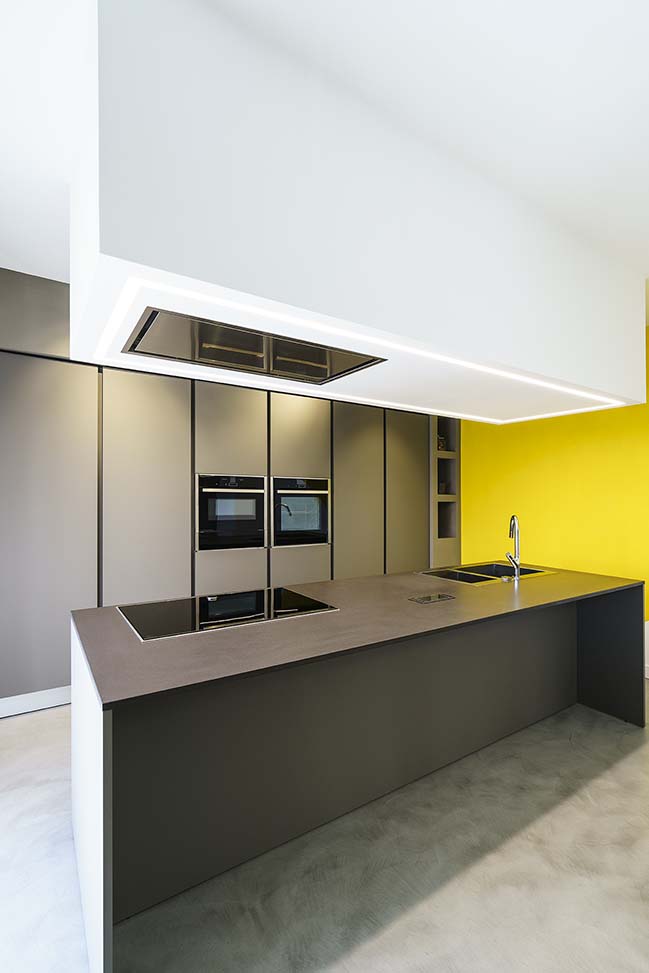 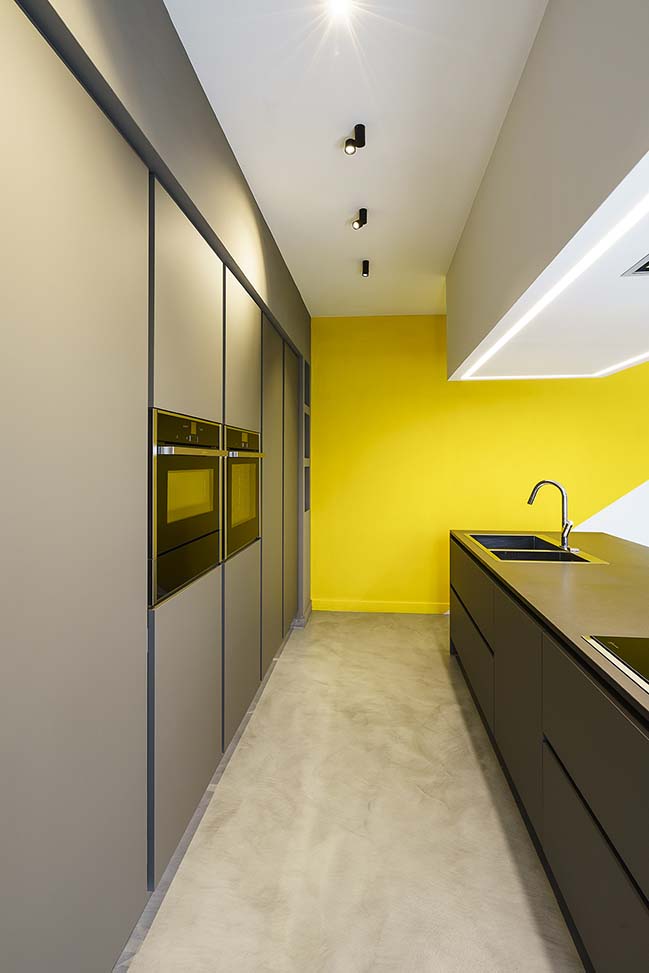 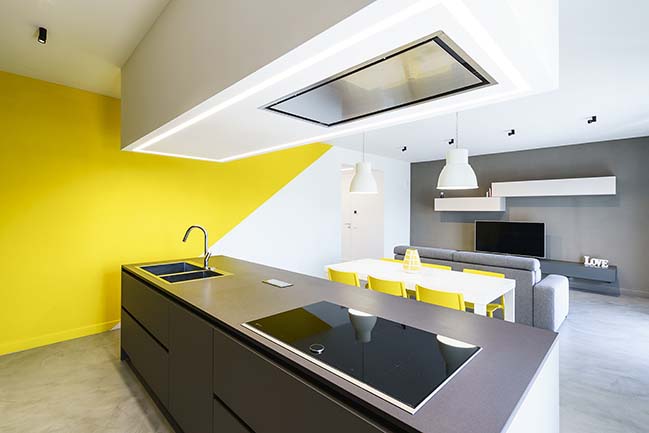 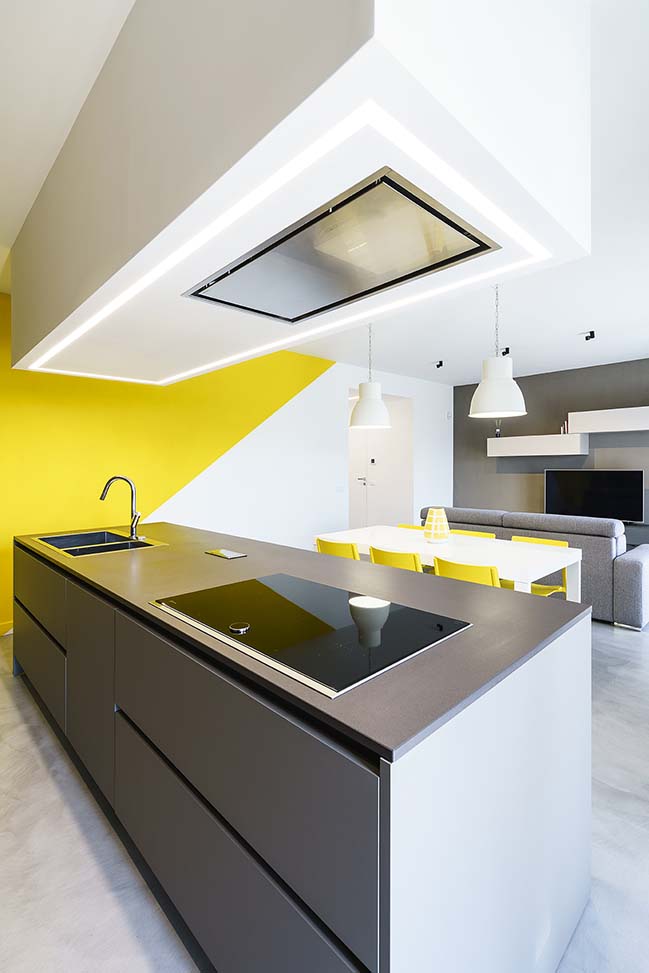 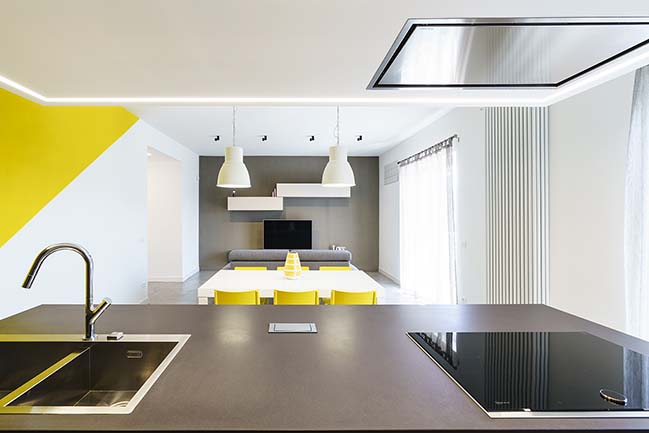 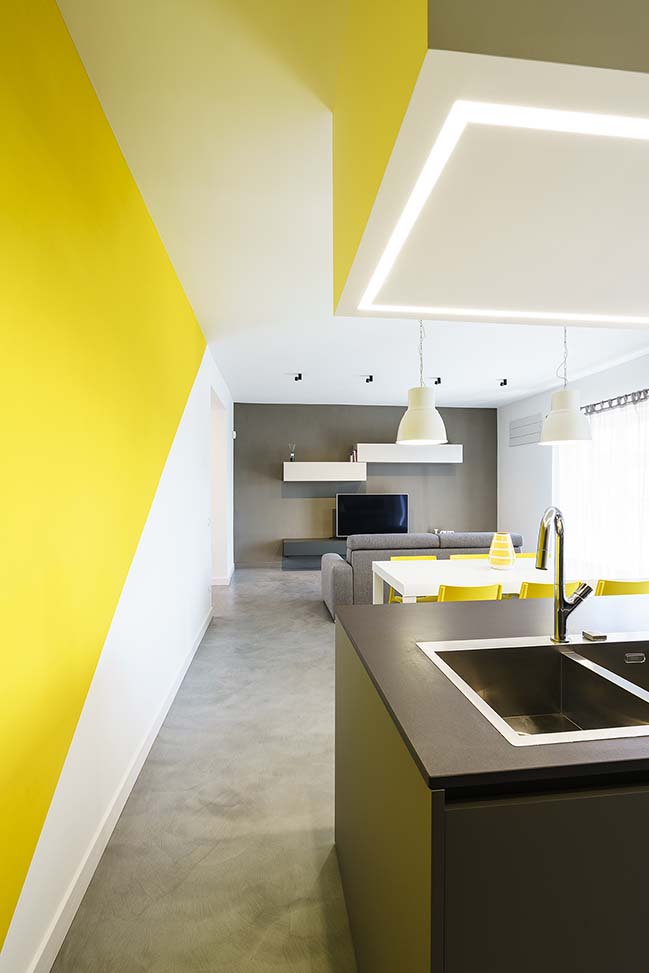 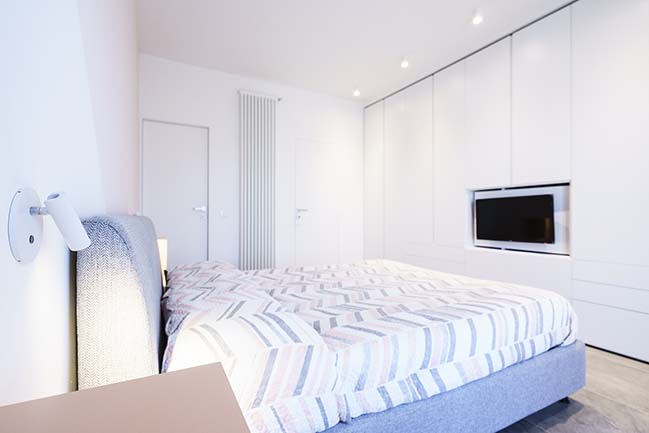 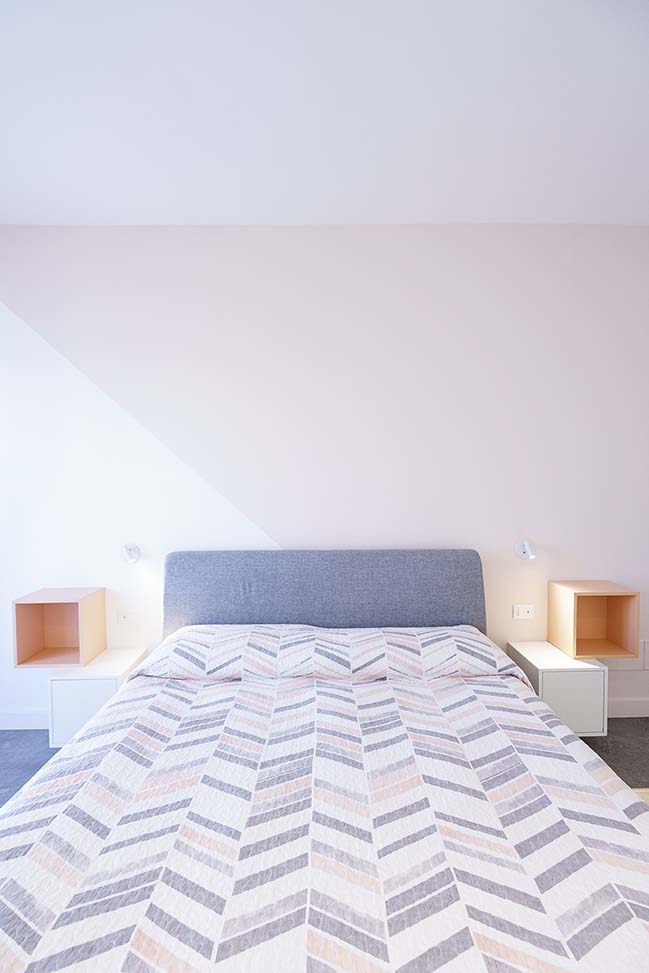 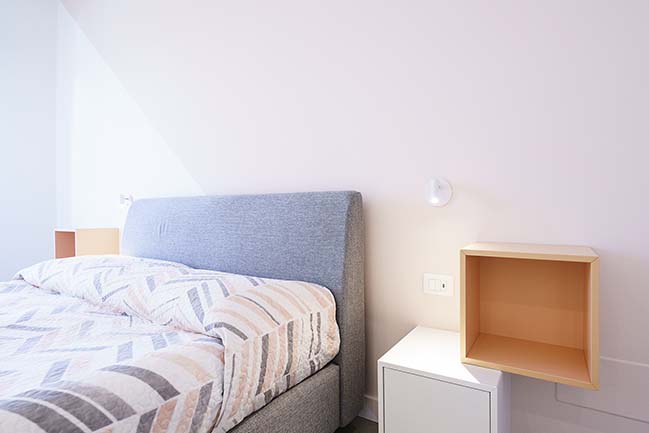 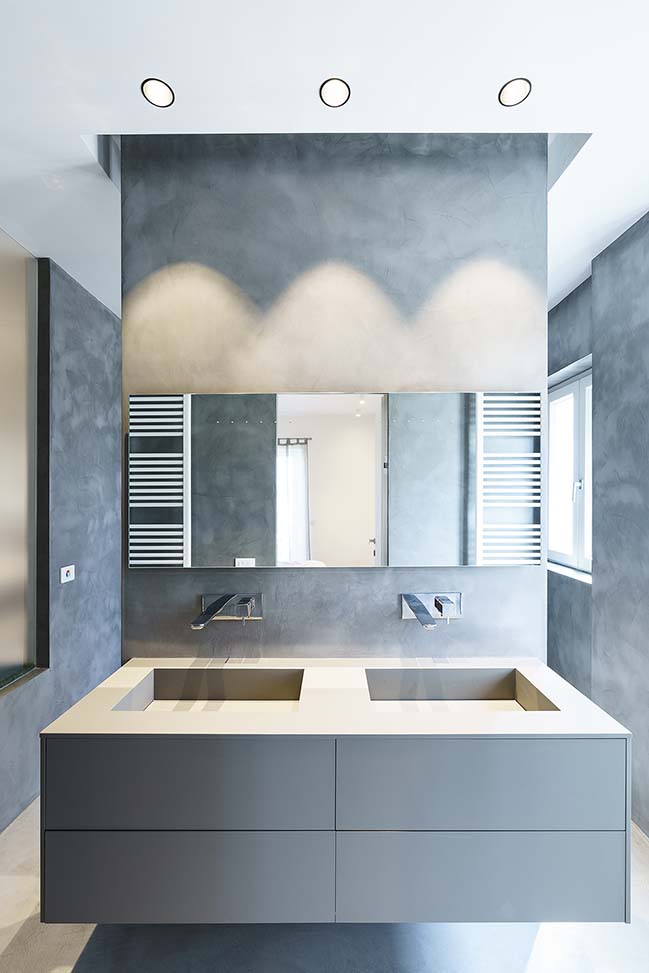 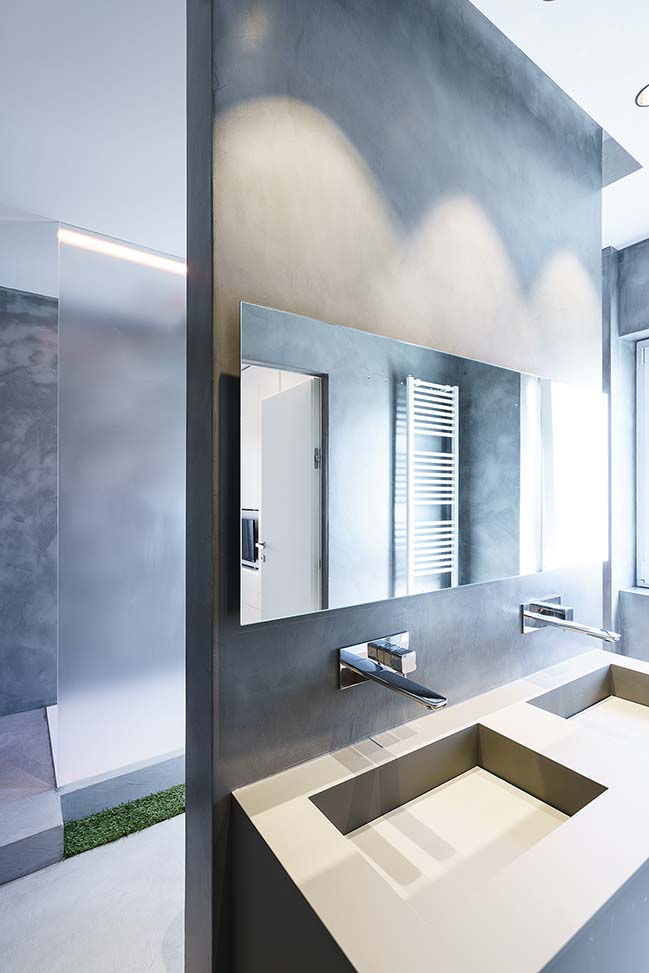 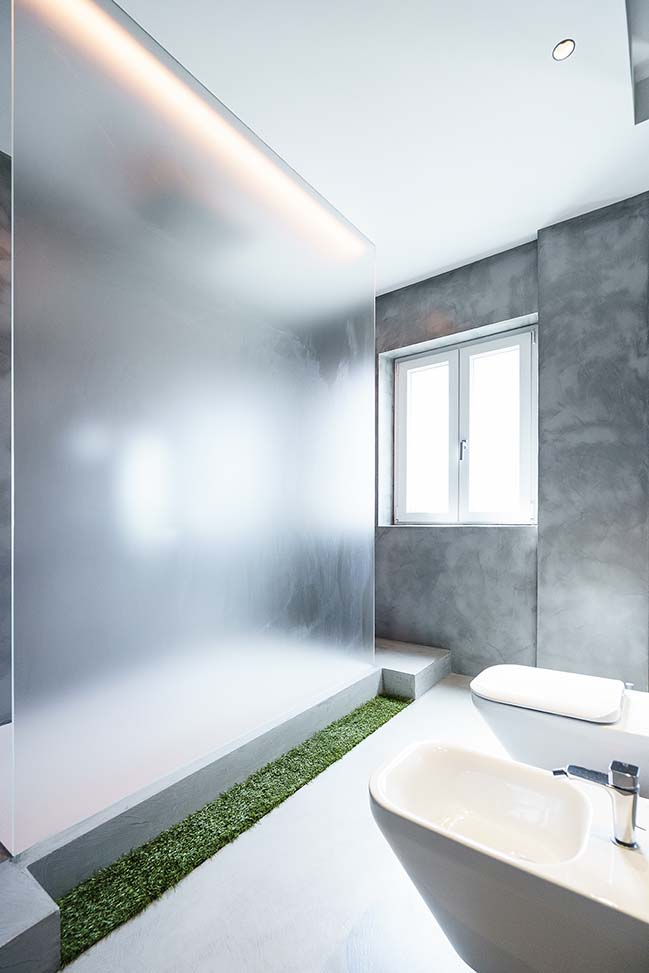 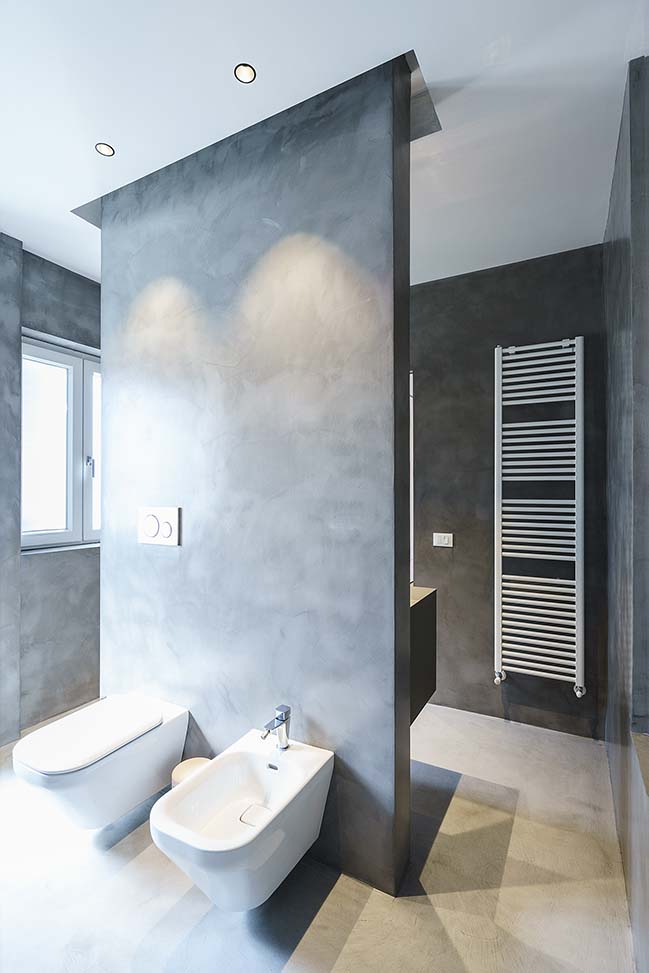