Kangaroo House is a modern house which has 2 houses within in 1 house for a 2 generation family in Korea who want to live together. The house was designed by Hyunjoon Yoo Architects 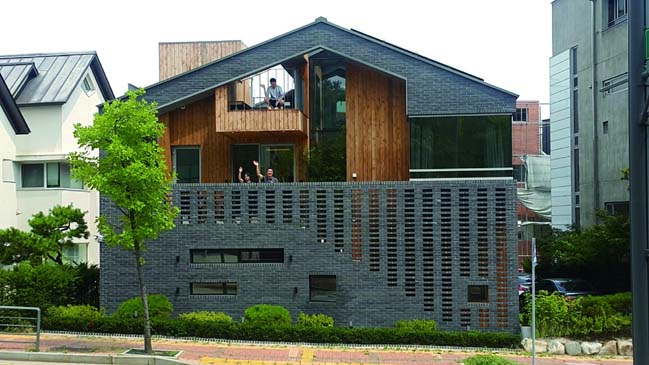 From the architecture: In Korea, when the son gets marriage, he live in a separate house. But in our client’s case, they want to live in a same “house” instead of an apartment housing, the most typical residence type in Korea. Therefore, the son bought the land, the parents built the house for the two families. 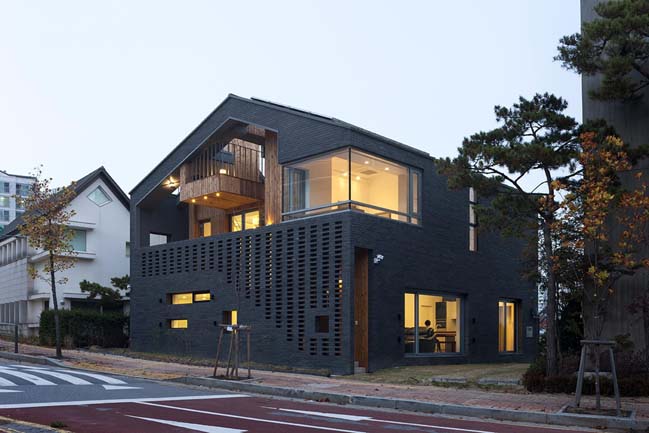 The concept of the house is inspired by the Australian animal - Kangaroo carries its baby in the pocket at the tummy. Just like that, the parents’ house contains the son’s house. The parents’ house is made of black brick, and the son’s house is made of wood. Kangaroo house is divided into four parts with the narrow courtyard at the center. The two story height courtyard is working as a divider and a connector at the same time between two houses. 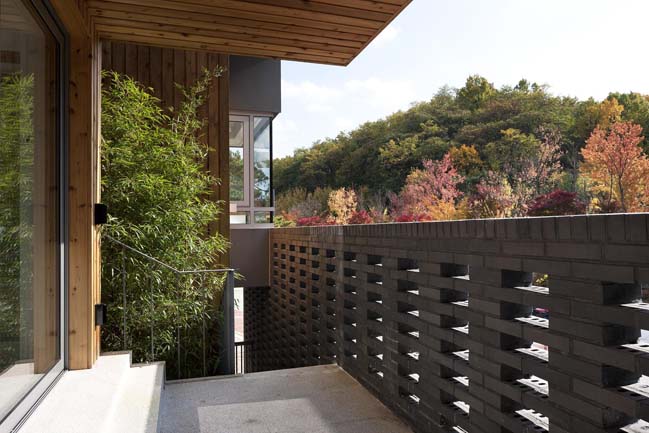 In order to make the house two independent houses we make the stair case the outdoor like alley space. And the four areas of the second floor has the different level. So people must use three or four steps whenever they enter into the new area. This various floor levels create the various ceiling height as well. The parents lives at the first floor and the son lives at the second floor. 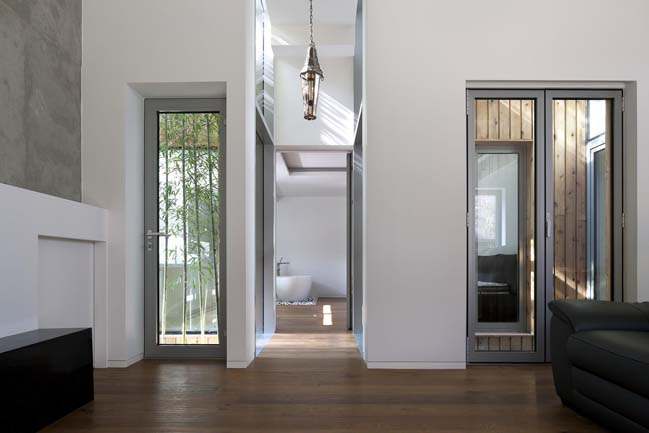 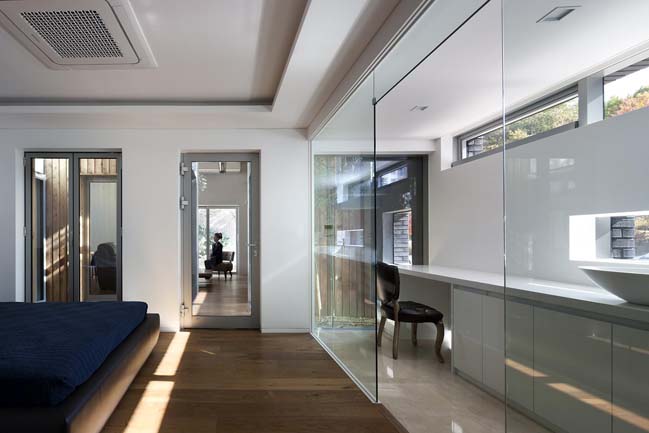 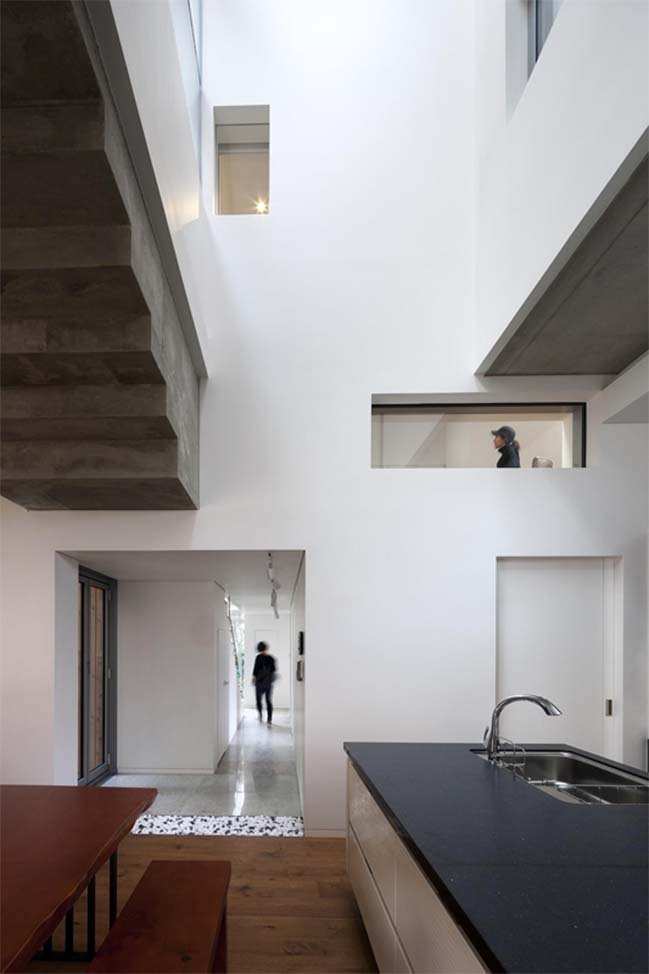 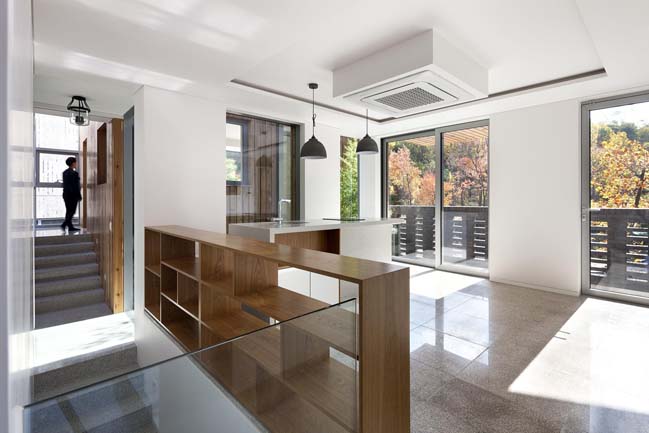 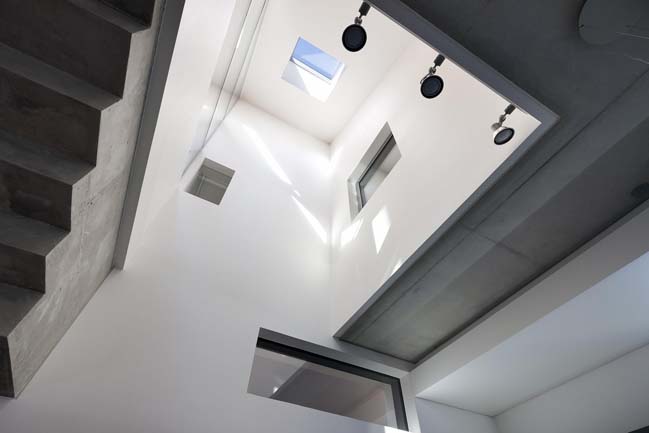 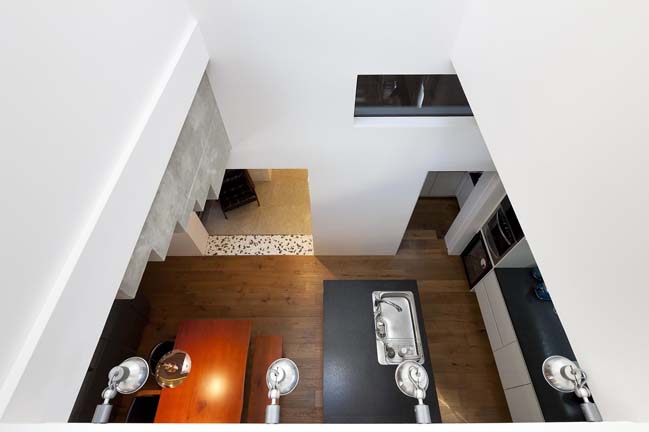 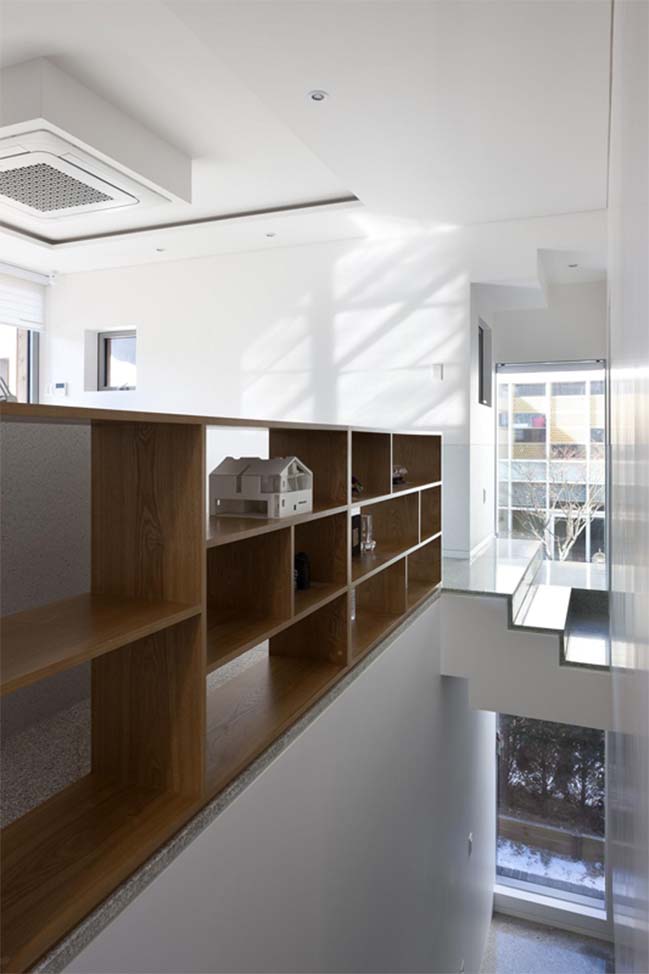 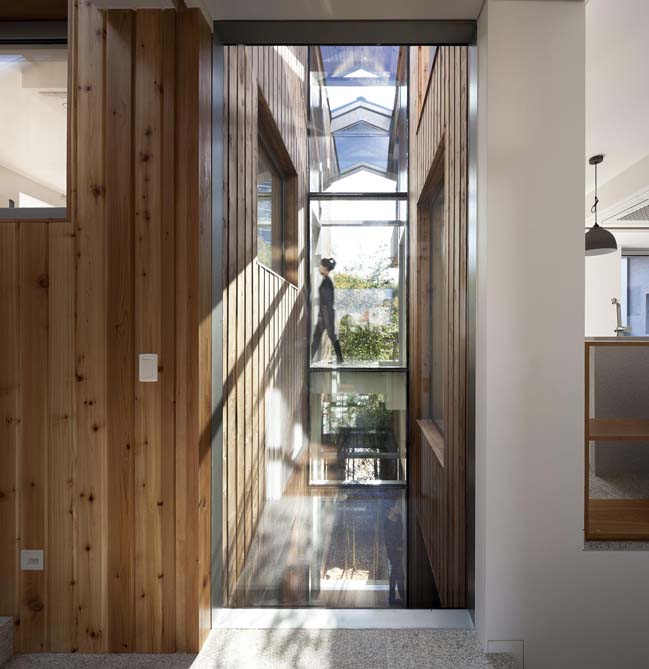 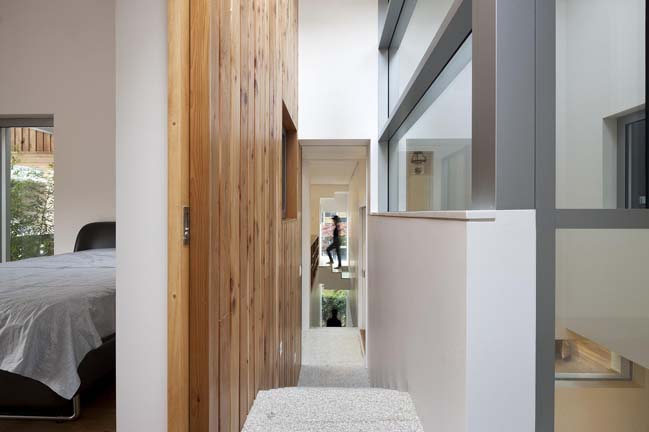 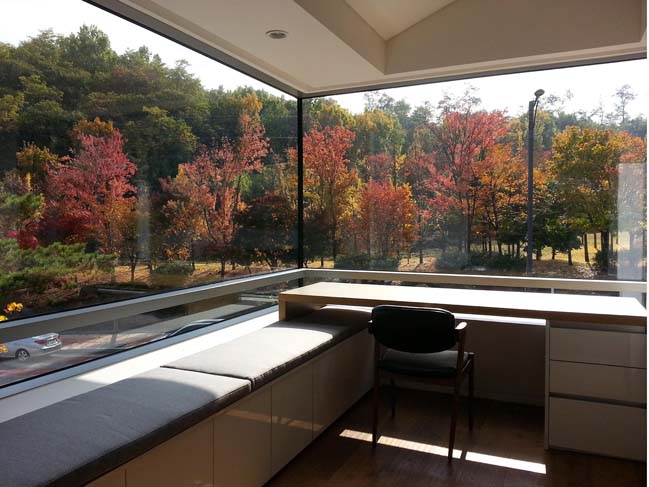 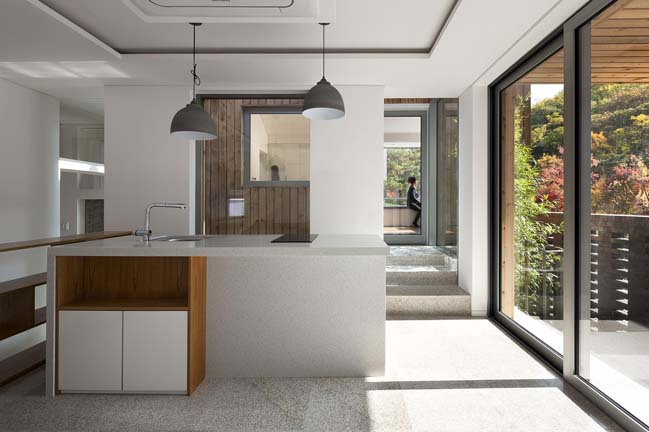 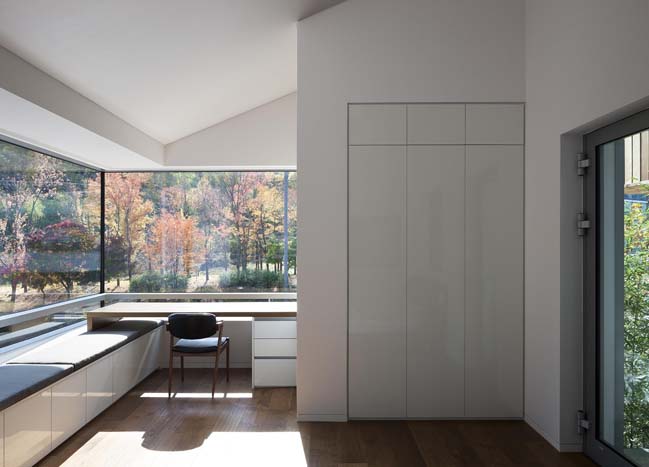 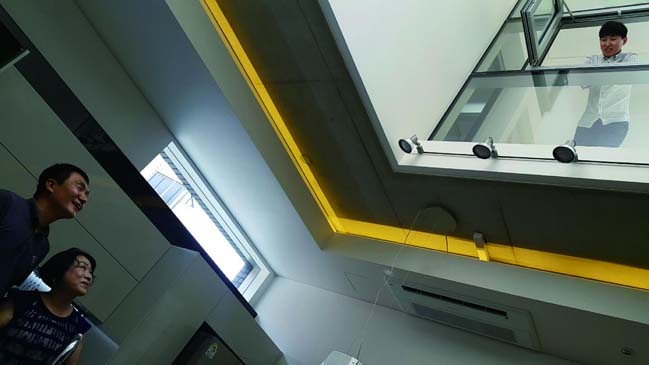 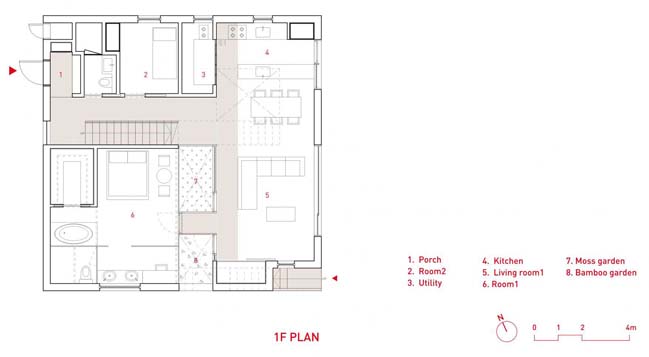 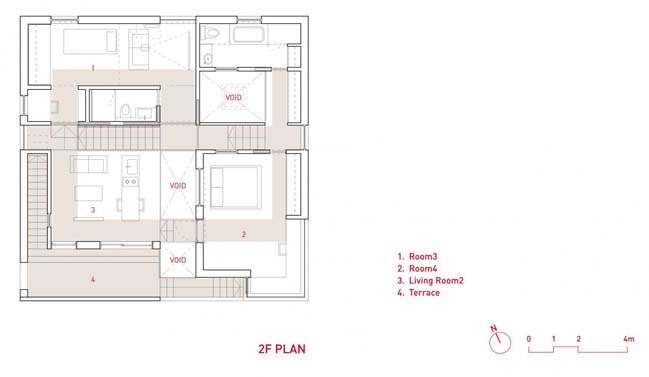 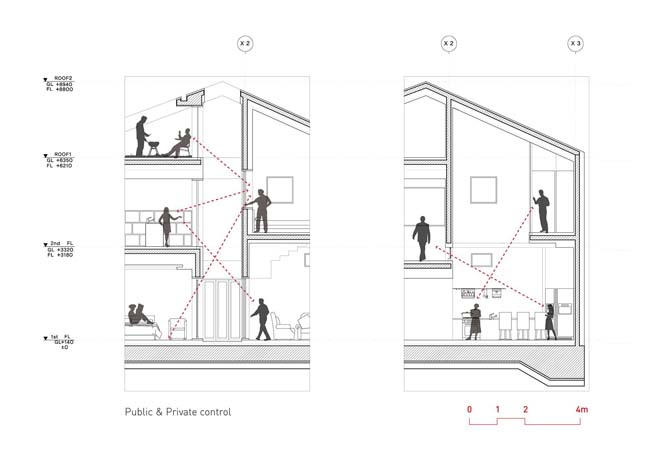