The project was born from the idea to link the different spaces of the house by means of a unifying element. This concept was materialized employing a suspended ceiling that communicated both ends of the apartment and overlaid the existing elements and the new intervention. 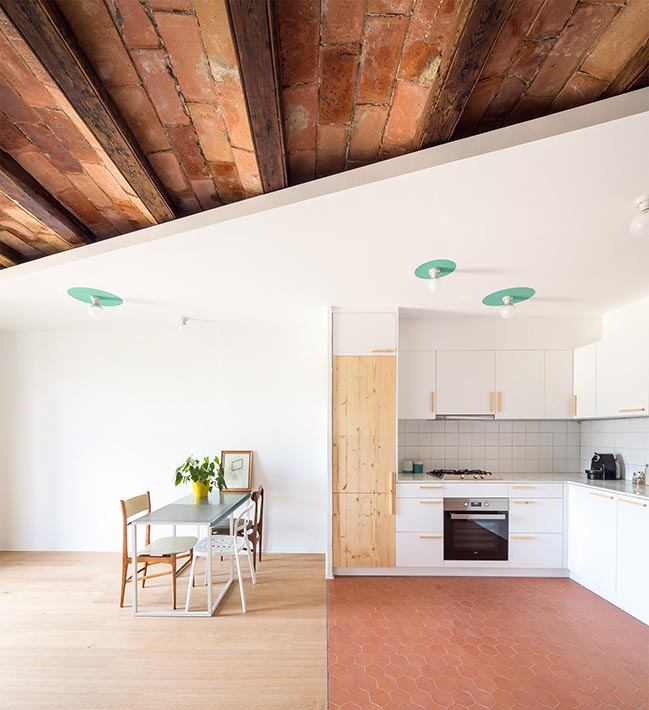 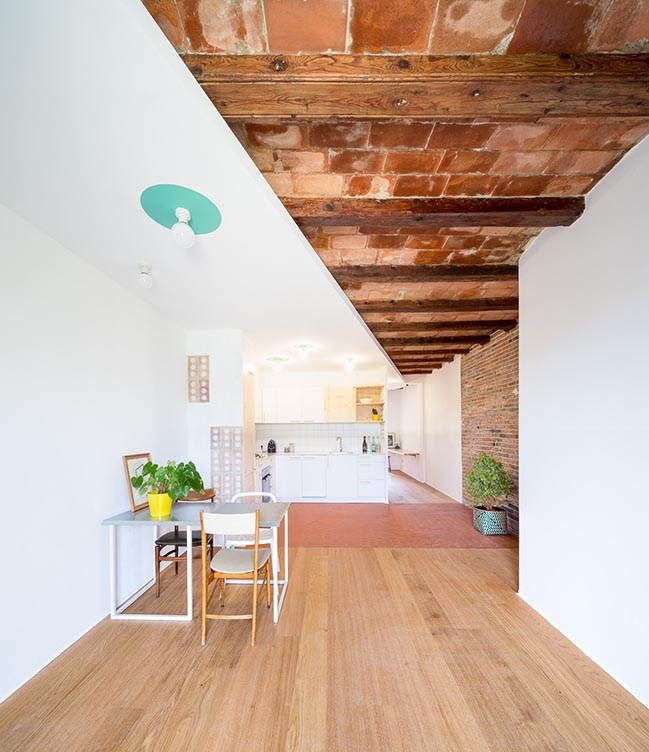 From the architect: The apartment, slightly under fifty square meters, was originally subdivided into smaller rooms that configured a poorly lighted and ventilated space. The rooms were originally organized by a wide corridor that allowed both segregated and  combined domestic activities. 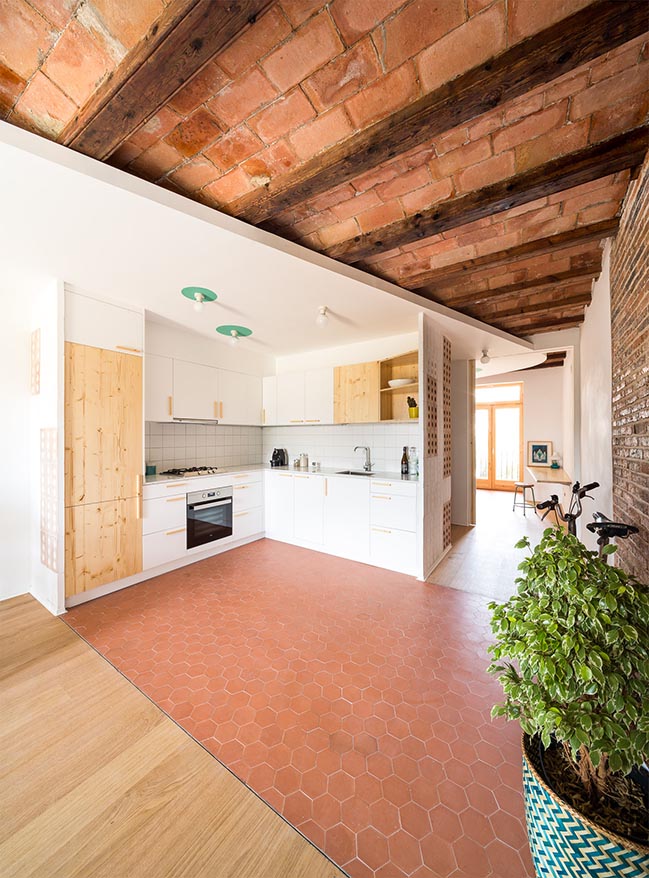 In order to maintain the concept of the project that both understood the house as a sequence of rooms and a continuous space, the intervention minimized the use of partition walls and rather opted for a separation using with furniture, flooring textures and, sliding doors. Within this sequence of rooms the project enhanced a dual reading: on one hand a unitary level represented by the suspended ceiling, on the other, a segregated one by means of different flooring textures that subdivide the space. 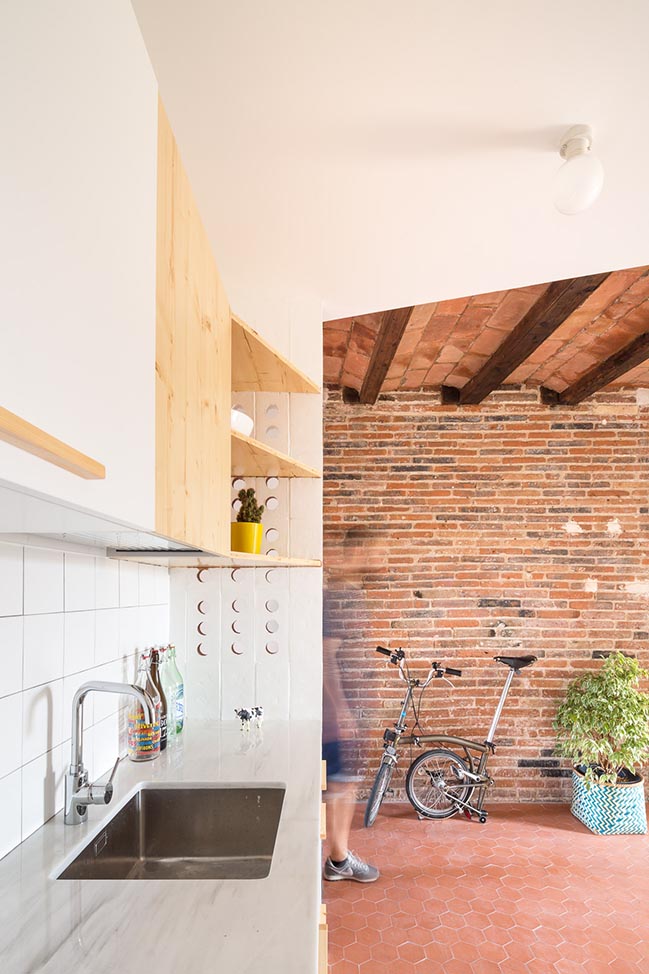 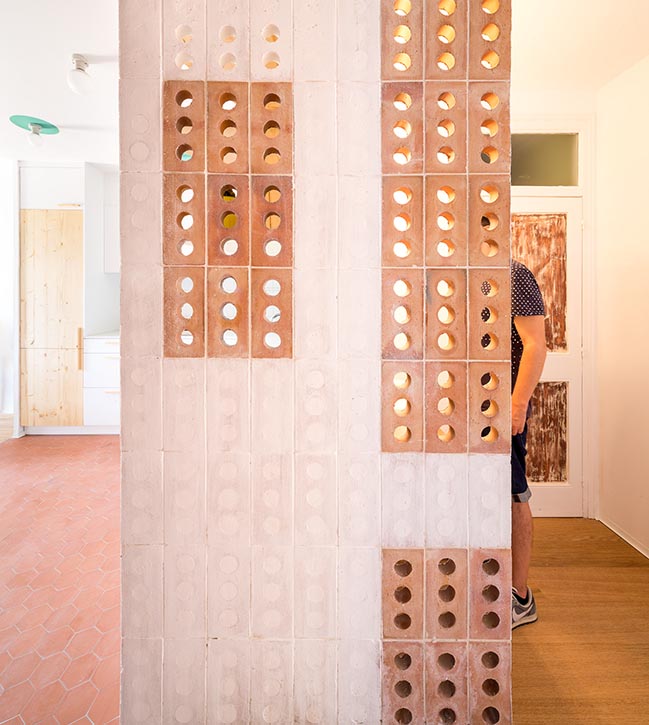 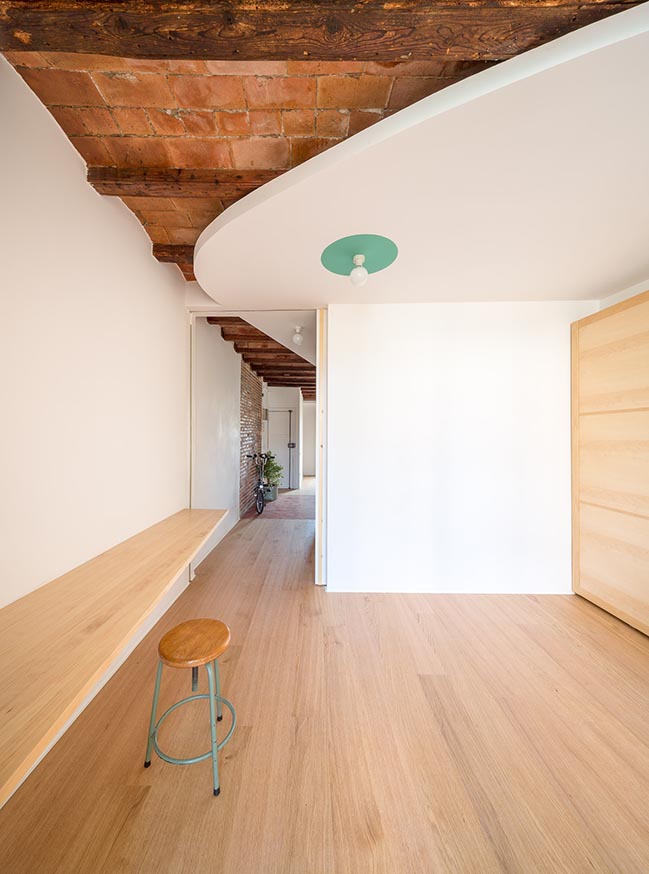 YOU MAY ALSO LIKE: T111 Apartment in Barcelona by CaSA 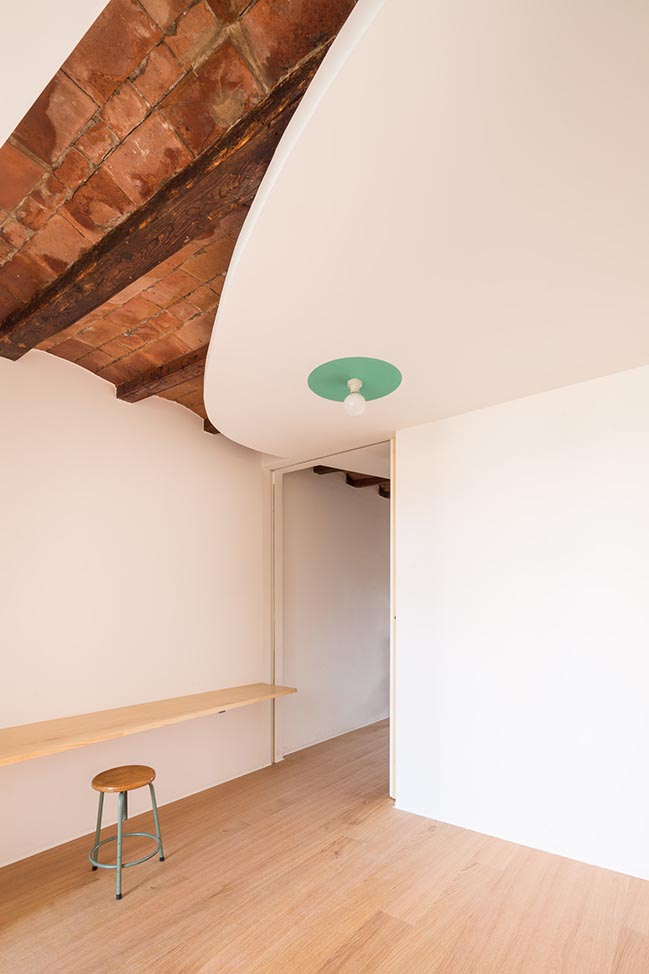 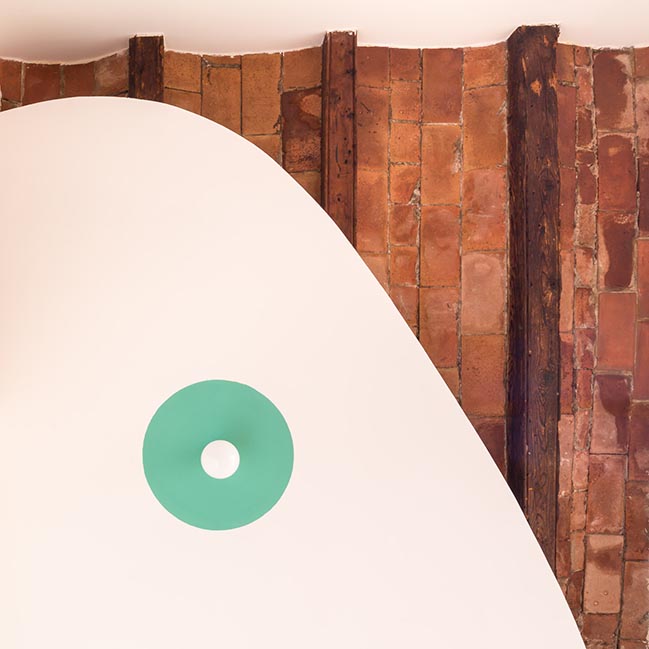 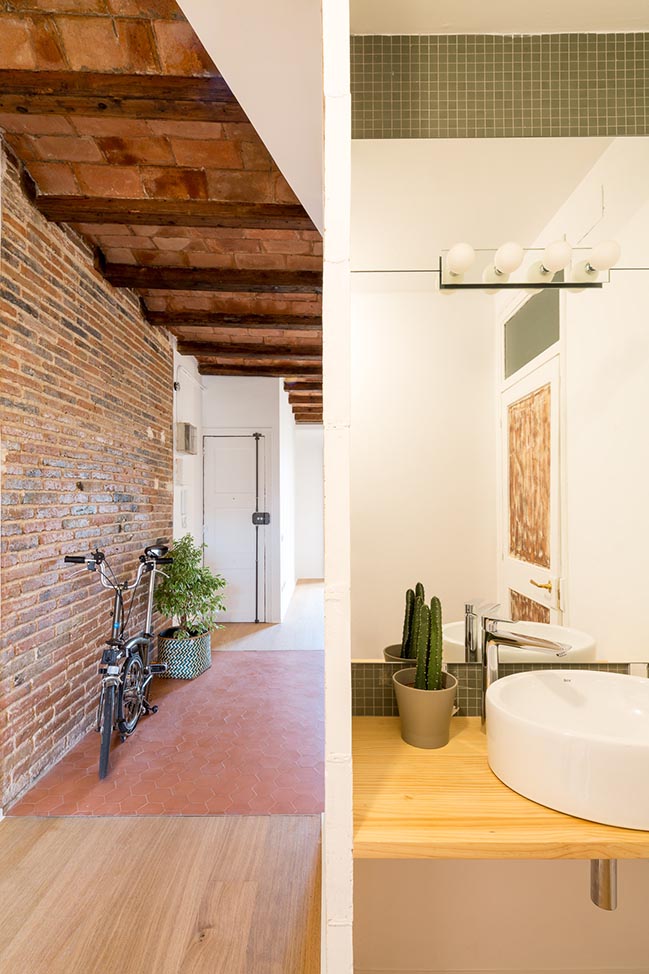 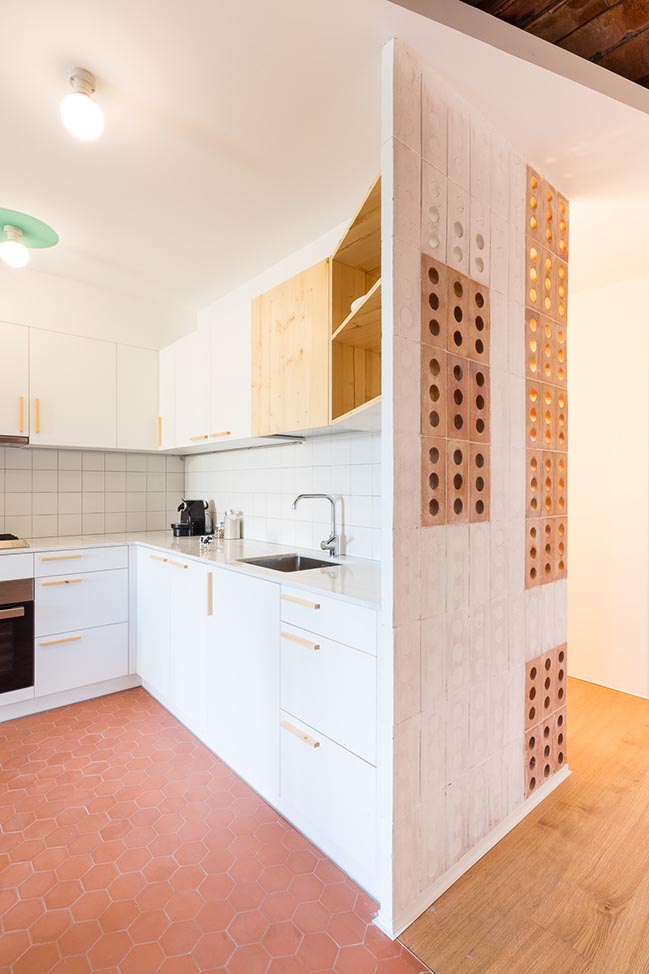 YOU MAY ALSO LIKE: Industrial Loft in Barcelona by Habitan Architecture 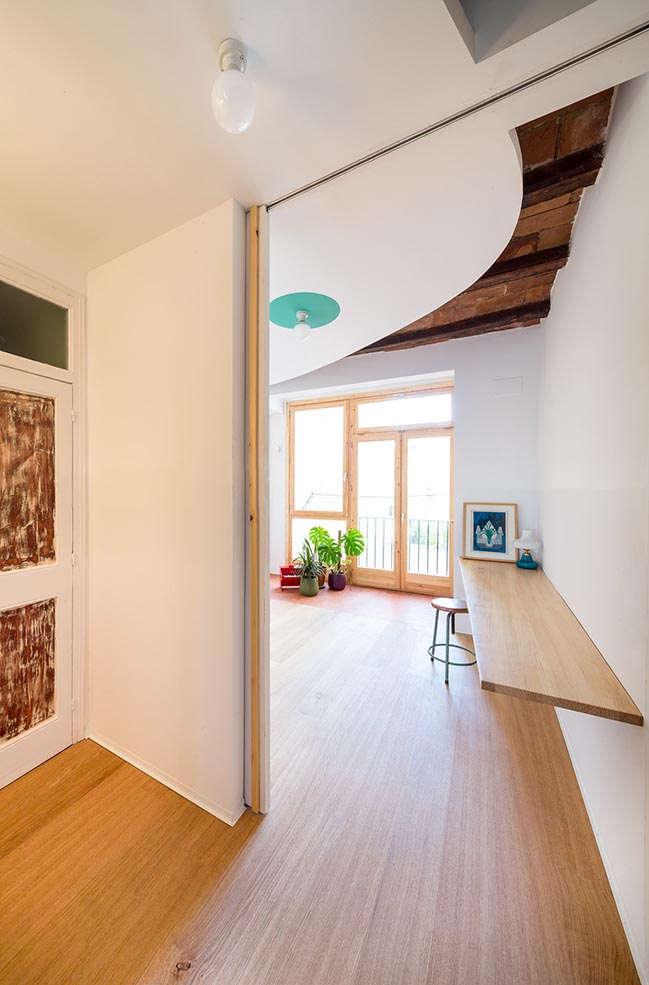 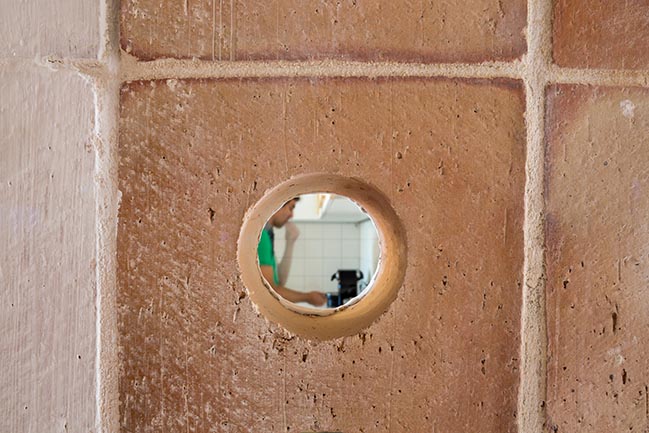 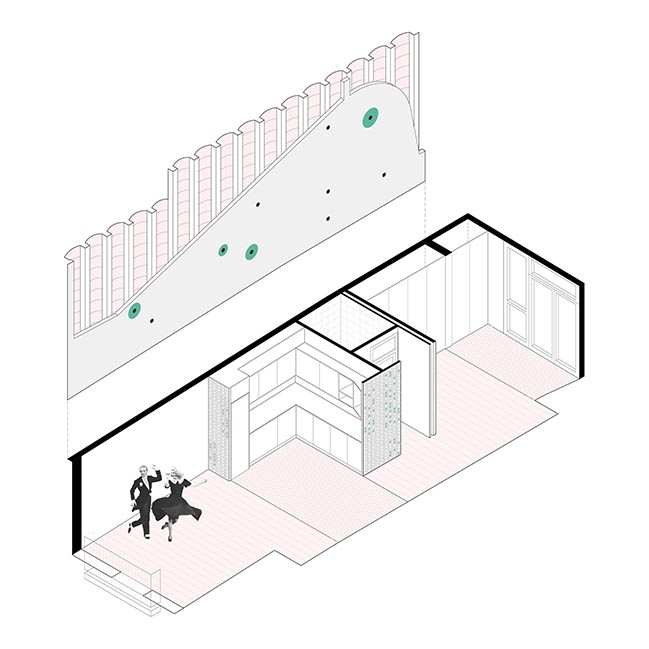 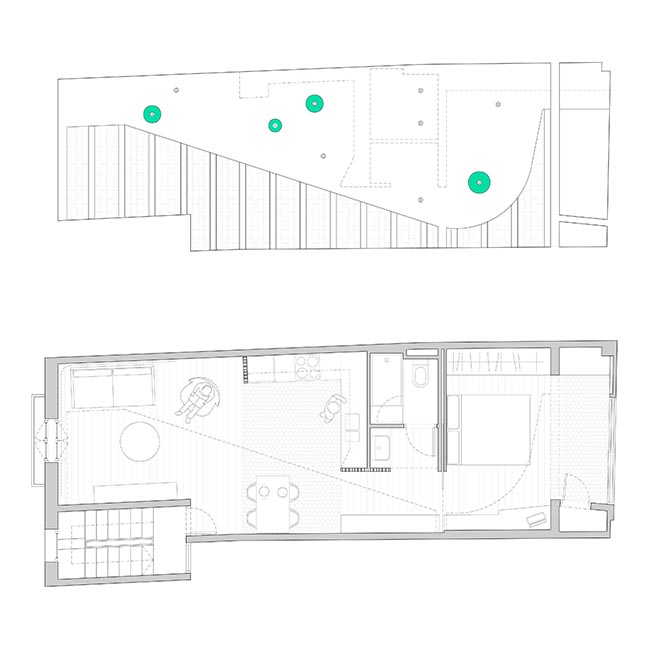 03 / 01 / 2019 The project was born from the idea to link the different spaces of the house by means of a unifying element. This concept was materialized employing a suspended ceiling... 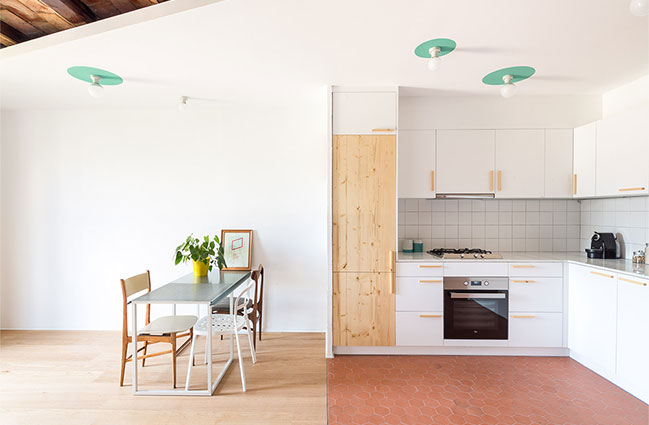