Lux & Modern are stunningly designed townhouses that sit boldly on a prominent intersection in the leafy Melbourne suburb of Kew East. 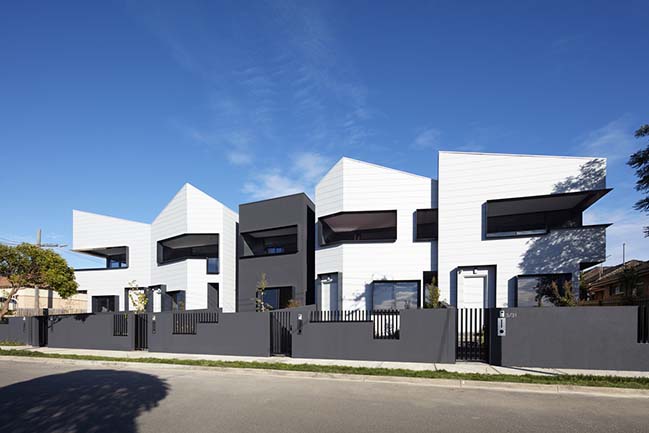 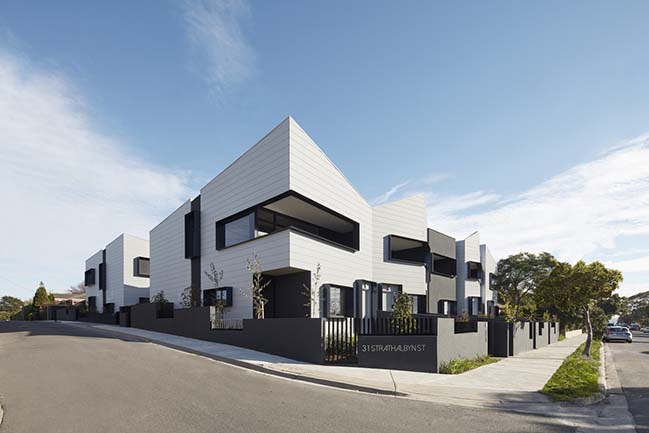 From the architect: Stepping away from the traditional suburban streetscape experience of detached houses, Lux & Modern delivers a collective architectural expression which fuses seamlessly into the neighbourhood. With interiors that balance elegance and modern comfort, the private parking and quality landscape further add to the development’s distinction and suitability within its setting. The townhouses are situated in an enviable location; with Strathalbyn Street connecting directly to Kew’s High Street, an abundance of activity with plenty of retail, cafes, restaurants and bars to keep residents occupied. 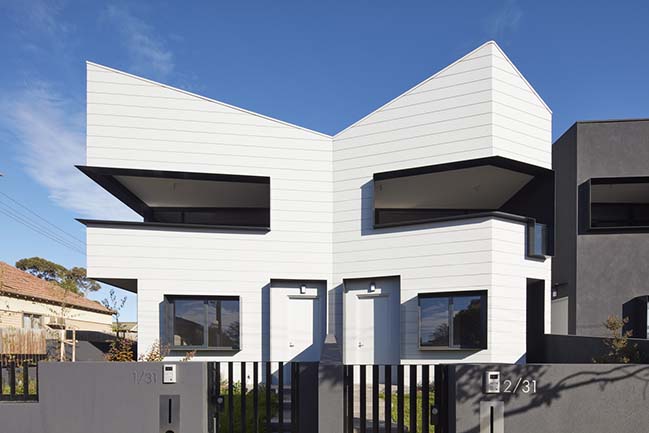 Traditionally, townhouses are a form of urban densification that seek to create identity through a collective architectural expression. Townhouse designs often present as a ‘hard wall’ with little scope for variation or relief. In conceptual terms, townhouses can be interpreted as a compressed streetscape of detached houses with a unified language. 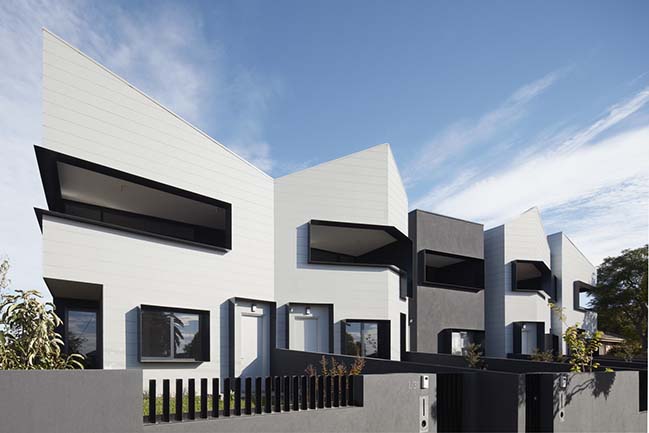 The architectural approach for Lux & Modern sought to explore this urban planning concept and blur the traditional experience of townhouses versus a street of detached houses. A typical streetscape still presents as an articulated wall due to the overlapping nature and repetition of houses observed in perspective, as people move down the street. 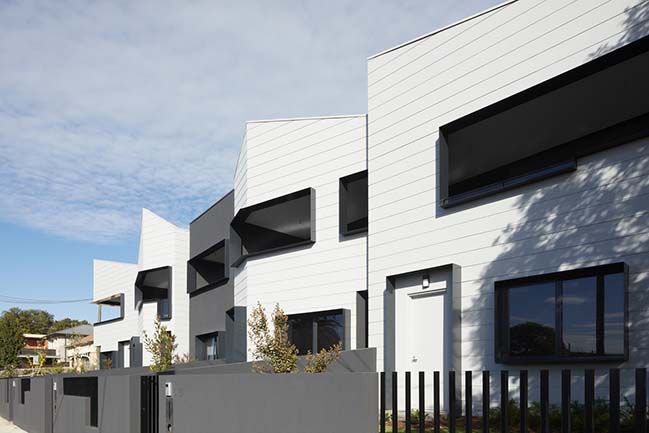 The design of this proposal seeks to achieve the same ‘point of view perspective’ by articulating the facades of the townhouses in plan to create overlaps in form, when observed in perspective similar to those created with the detached house streetscape. 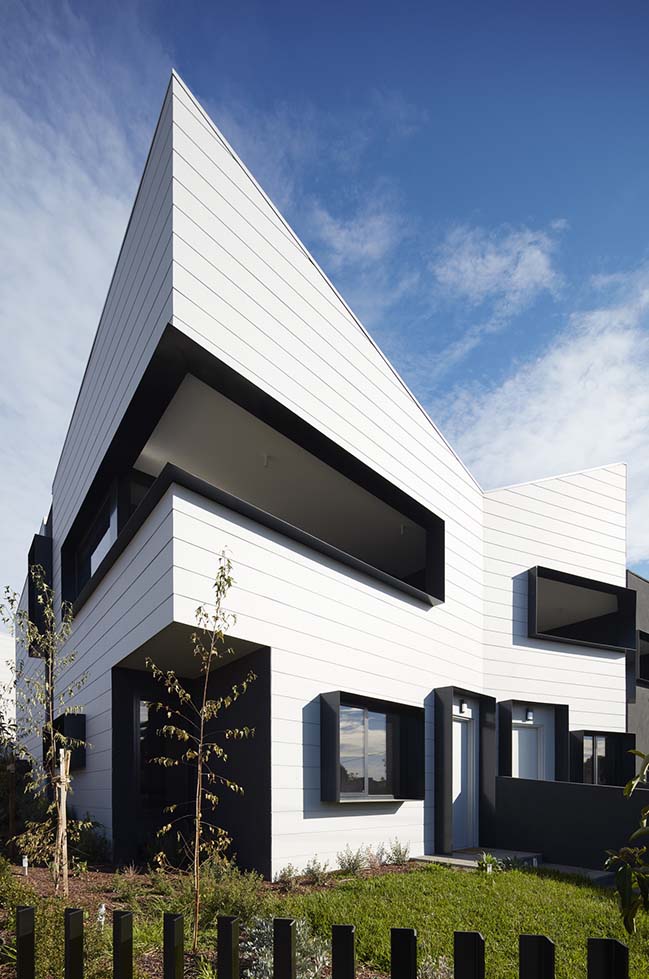 To further heighten the contextual concept, the pitched angles of the detached houses have been employed on the townhouses but re-interpreted within the design of the parapet silhouette. 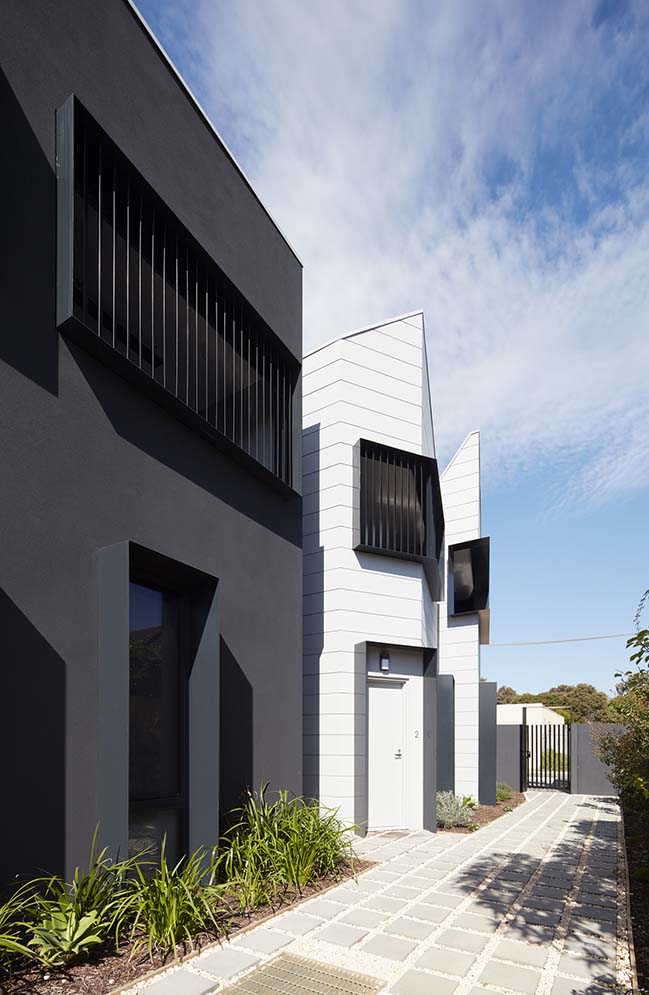 The design of these townhouses is a new interpretation of the traditional townhouses that embodies the suburban streetscape experience of detached houses fusing seamlessly into its neighbourhood. 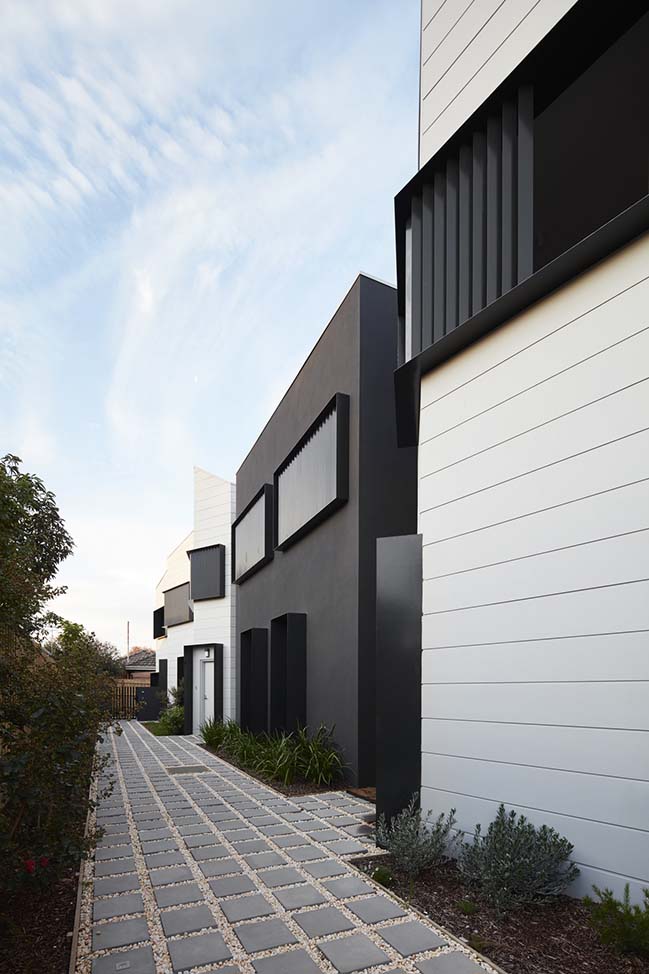 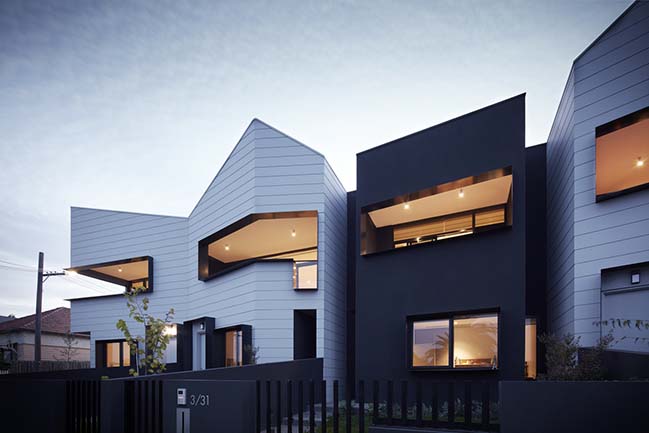 08 / 28 / 2019 Lux & Modern are stunningly designed townhouses that sit boldly on a prominent intersection in the leafy Melbourne suburb of Kew East...